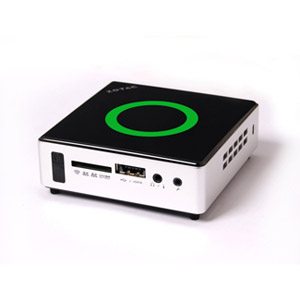 Traditional TV watching is on the way out. Why flick through tens of channels to find what you want, when you can watch on demand programmes, streaming movies and content you’ve downloaded previously?

Many companies offer little boxes with ways to access this next-generation programming, but ZOTAC has one of the smallest: the ZBOX Nano XS AD11 Plus, ZOTAC’s latest Mini-PC. With its super small size, it will be certainly interesting to find out how it performs.

Here’s the box, pretty small considering there is a full PC inside. 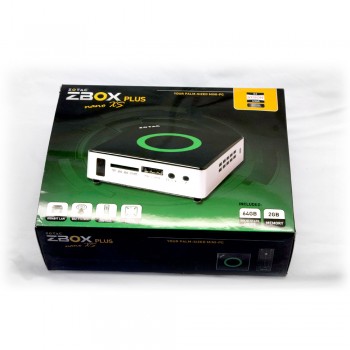 The rear has good descriptive images and talks about the specifications. 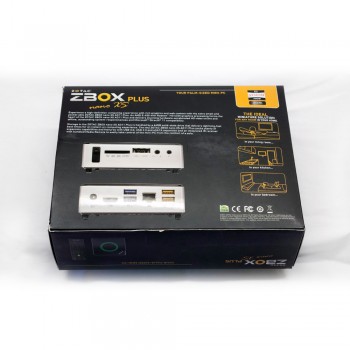 What’s in the box?

Included in the box is a AC to DC adaptor, Wireless and IR adaptors, remote control, VESA mounting plate, manual and two CDs with drivers on. I feel a memory stick would have been a better idea than CDs as the ZBOX doesn’t  have a CD drive. 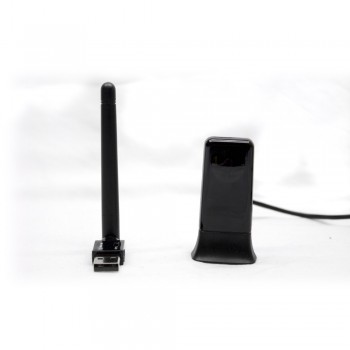 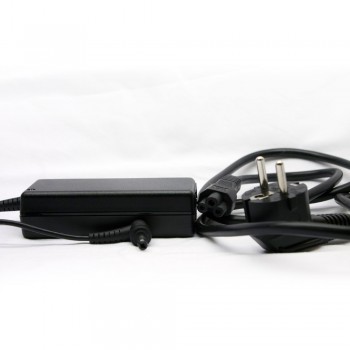 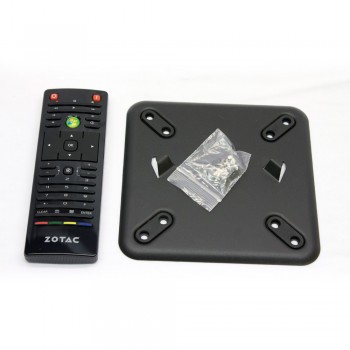 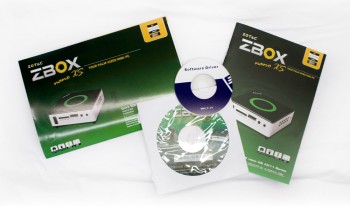 Overall, a good bundle with some really nice features, such as the remote control, which appears to be well made too.

Introduction ‘Silent’ is a word that is greatly over used in the PC industry. Power supplies, CPU...

Introduction The Google Nexus 7 is a fulfillment of a promise made last year by Nvidia, that they would soon...