Today we’re doing something a little different: looking at a common kitchen gadget, a milk frother. I’ve had one of these before, but it broke after only a month’s use so I was keen to take Uten up on their offer to test a bigger – and hopefully better built – alternative. Here’s our rapid fire review after a week of use; we’ll revisit this in future if we have any issues!

The Uten Milk Frother mimics an electric kettle in its design, but on a smaller and cuter scale – you can see in the image above that it is only as tall as the base of our electric blender. 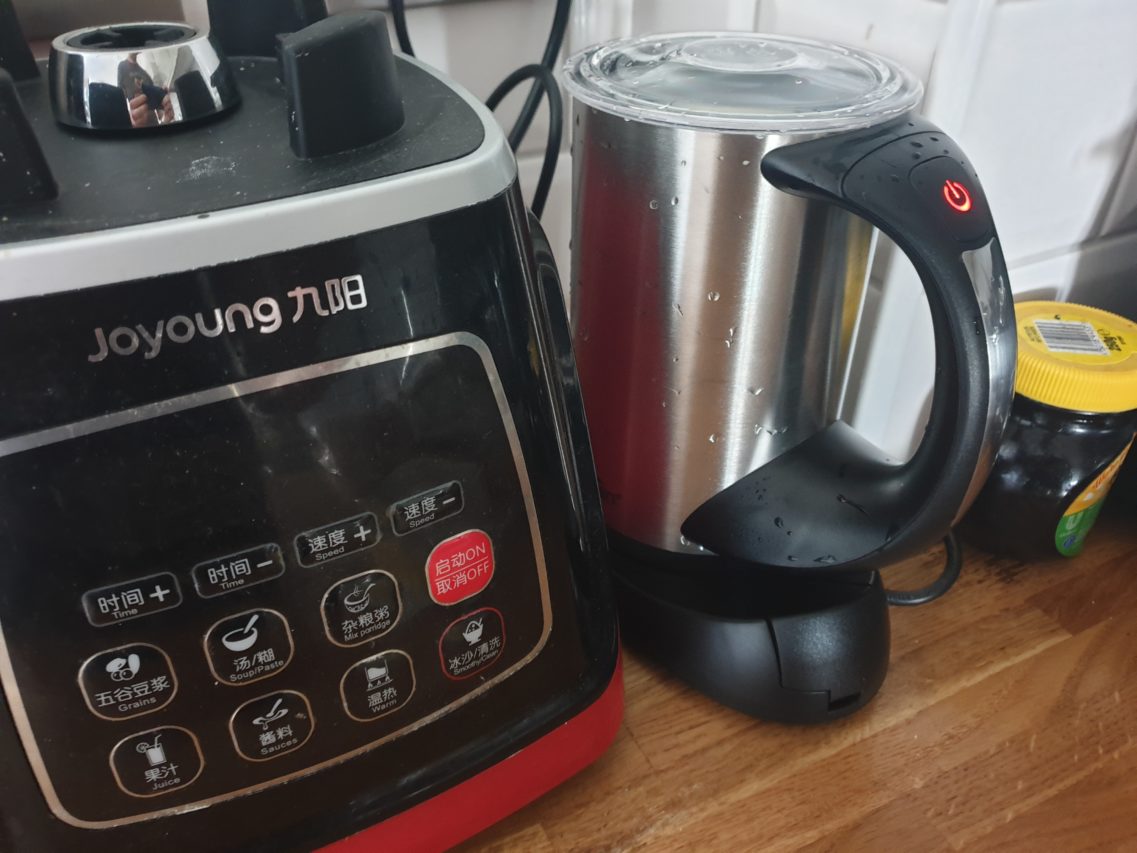 The top of the frother is machine-washable, but the rest is not. Unfortunately, the lid requires little cleaning, so it’s more practical to clean both pieces by hand as needed. There’s a button near the top of the handle which is illuminated by a red LED when the machine is on. 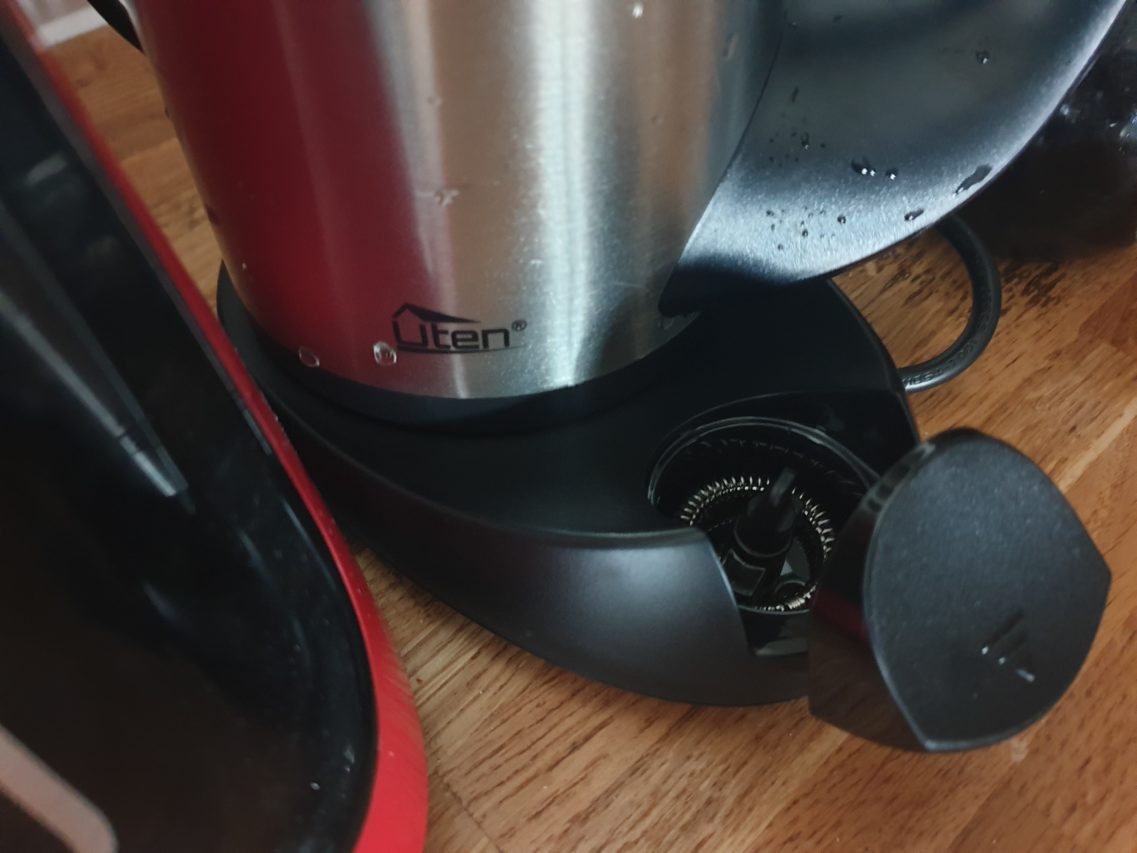 There’s also a small compartment in the base of the kettle, which hides whichever frothing head isn’t currently attached to the machine. I prefer only slightly frothed milk in most cases, so you can see the heavy froth attachment being stored in the base.

In our testing, the Uten frother produced 240ml of pleasantly hot milk in a couple of minutes without making any disturbing noises – perfect for a mid-day latte or two. As well as choosing between hot milk and hot frothy milk by changing attachments, you can also double-tap the button to turn on the frother without engaging the heater, in case you wanted cold milk froth. This illuminates the LED in blue, so it’s hard to do accidentally! 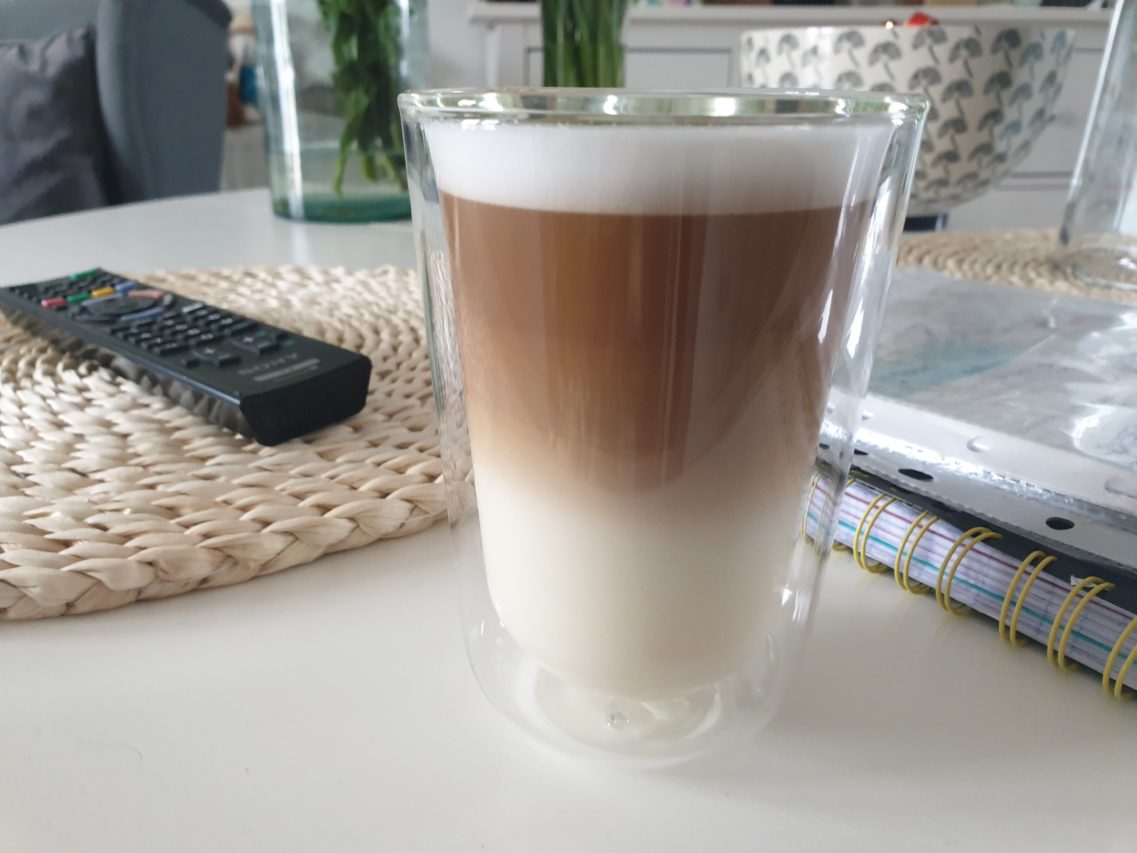 Cleaning the frother afterwards wasn’t too difficult, although you must of course take care to not get the charging elements on the bottom of the frother wet. It looks like milk tends to burn onto the internal surface in more or less the same places each time, so we anticipate that cleaning could become a little quicker as you learn the problem areas.

Overall, the Uten frother works well and we recommend it at £40, its current price. We’ll update this review in the future if we have any reliability issues, but for now everything seems solid. 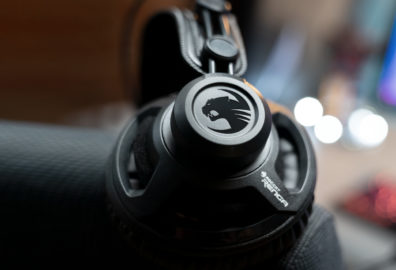 In the world of audiophile-grade headphones, one of the first buying decisions you’ll need to make is... 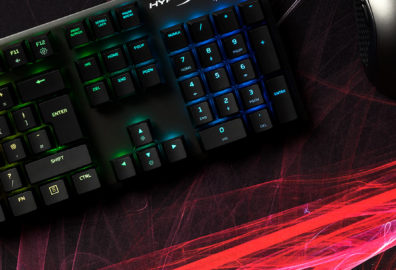