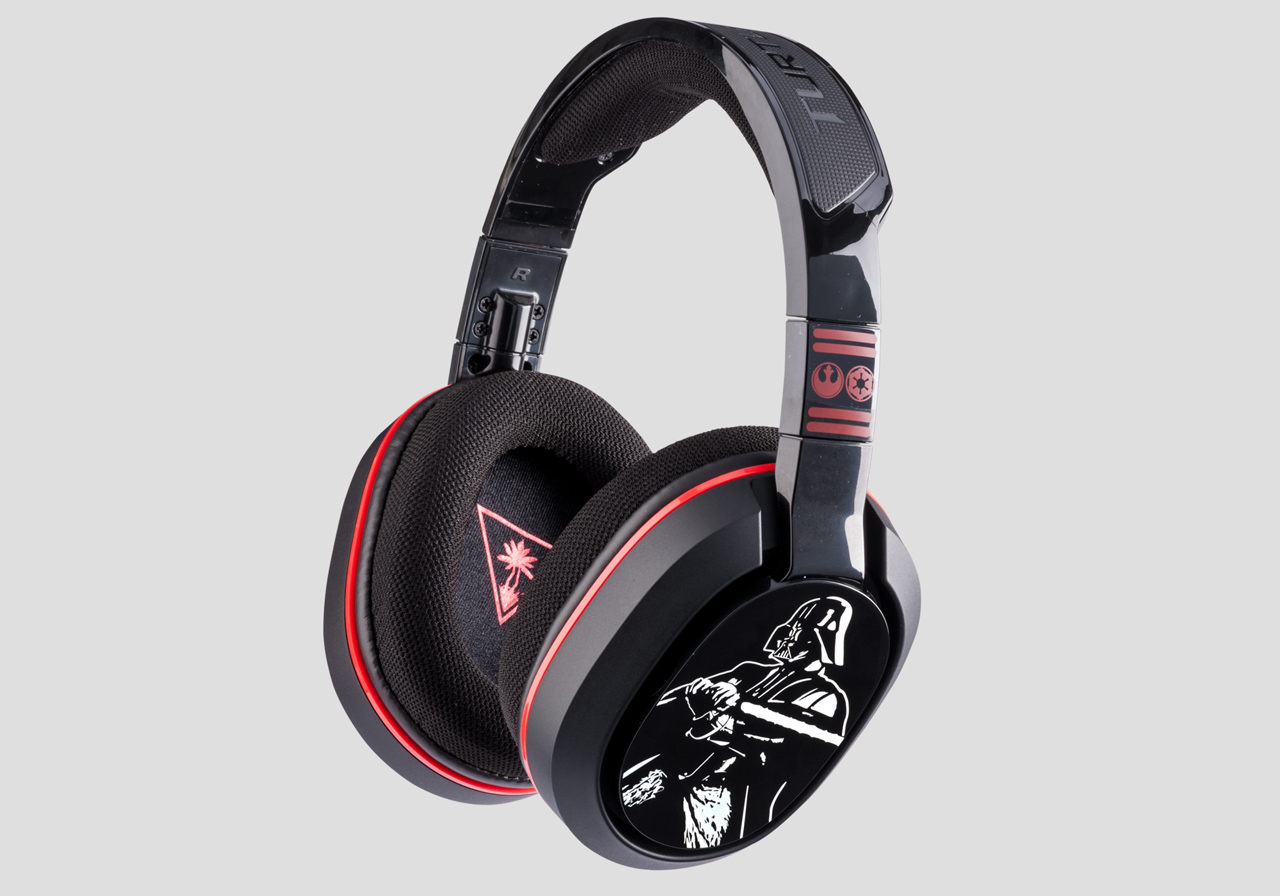 Today we’ll be looking at one of Turtle Beach’s latest gaming headsets, the Ear Force Star Wars headset. As you can probably guess by the name and the picture, this is an official Star Wars headset that should definitely attract fans of the sci-fi series. In our review, we’ll see if the headset is worthy of the dark lord emblazoned upon them, or whether Darth Vader will be pushing the designers out of the nearest airlock. 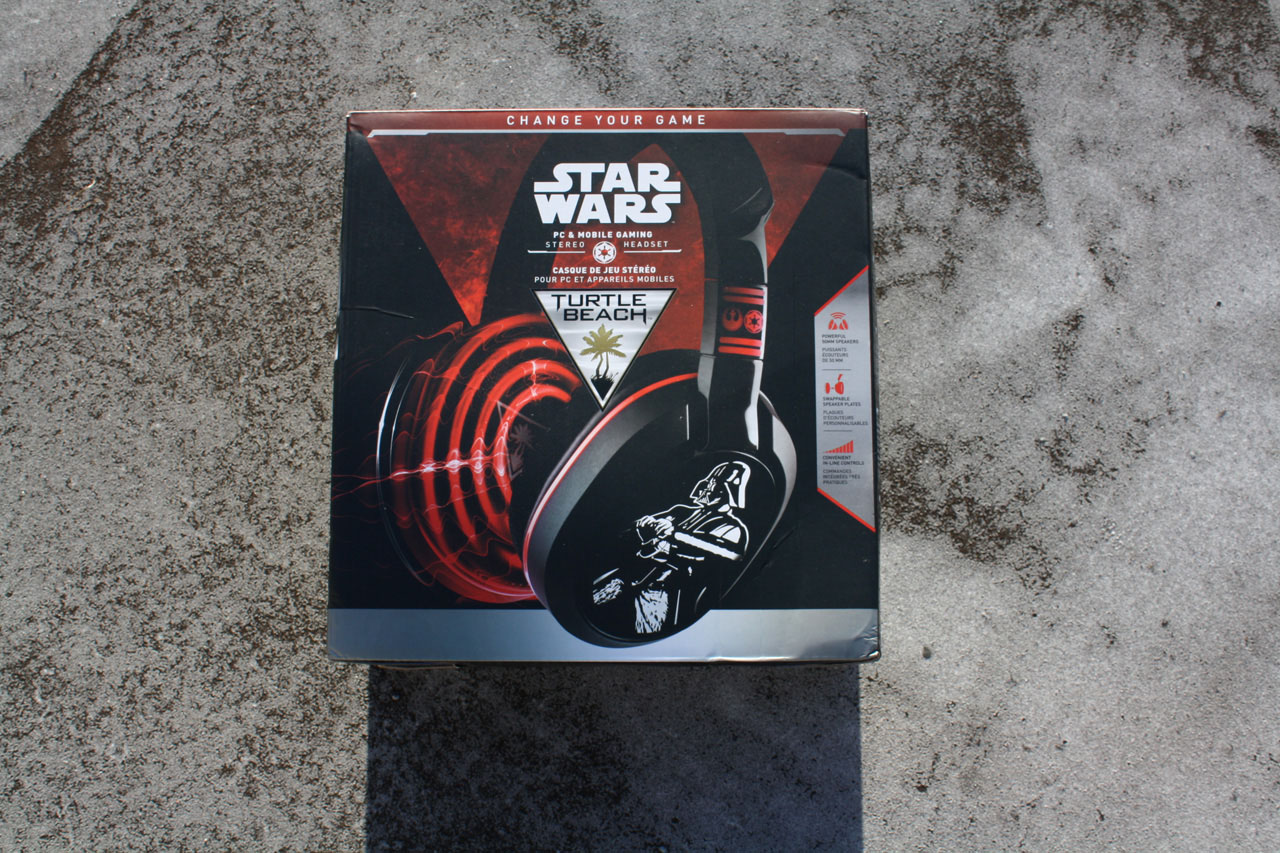 The Star Wars headset comes in a straightforward black box, showing the Star Wars branding prominently and some evil Force Lightning emitting from the headset (hopefully this is just artistic license). 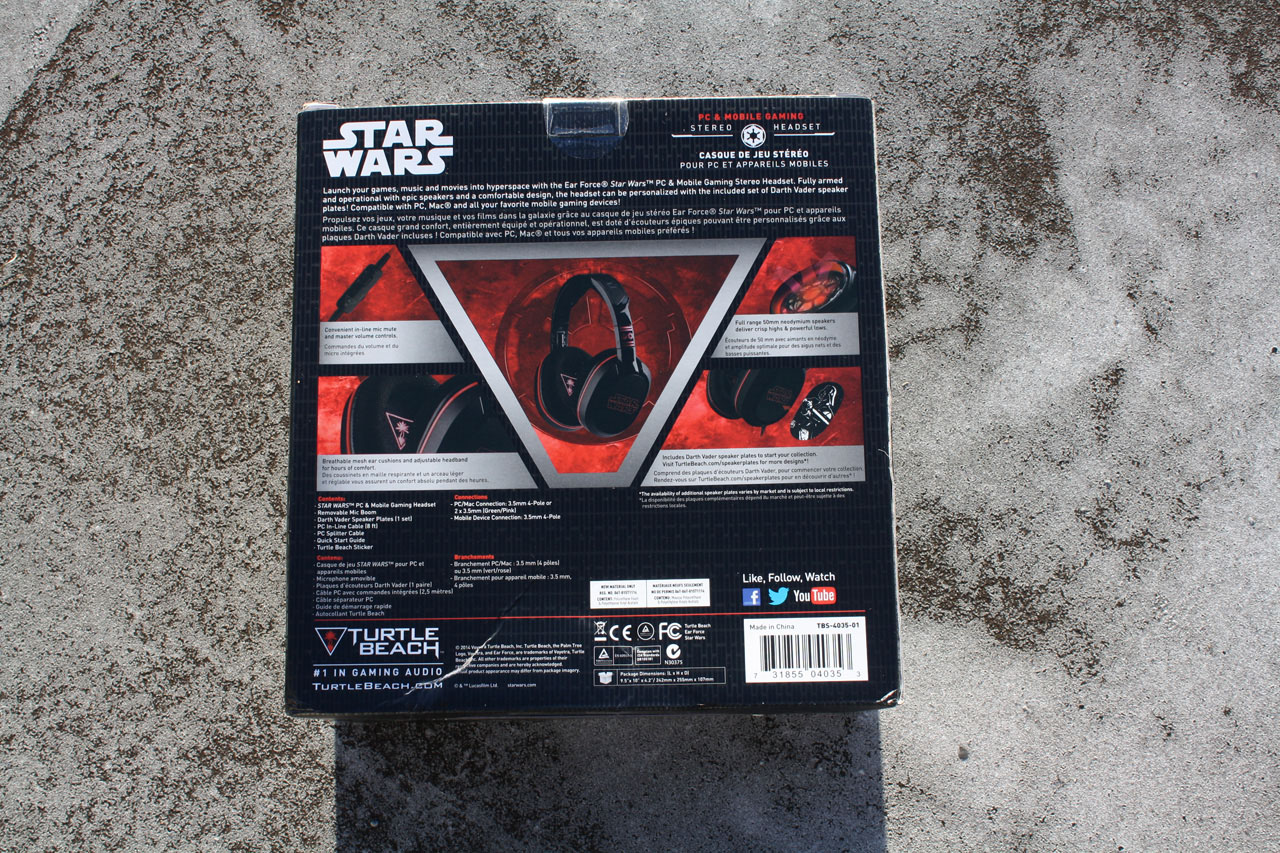 Inside, you’ll find the headset with its removable caps and microphone, a two piece cable for mobile or PC use and the usual literature. 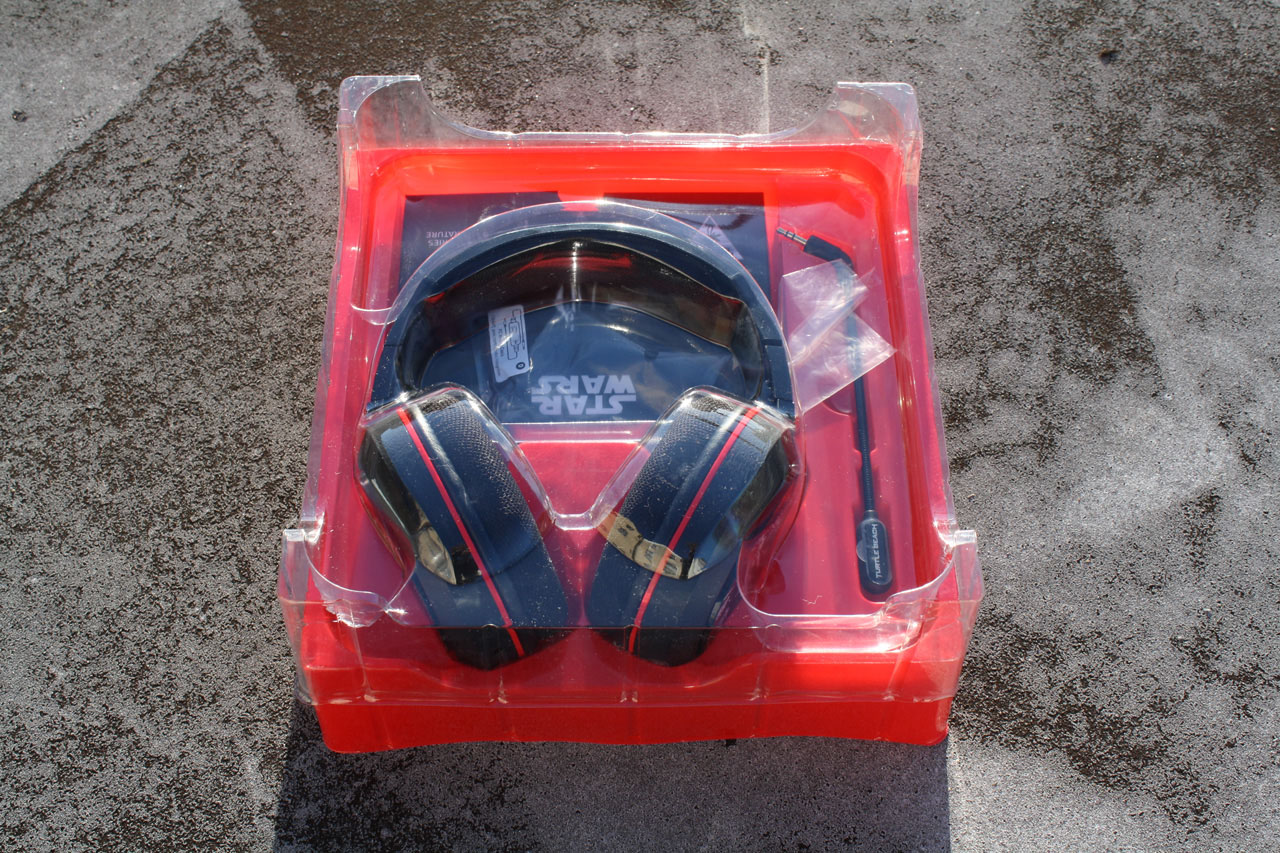 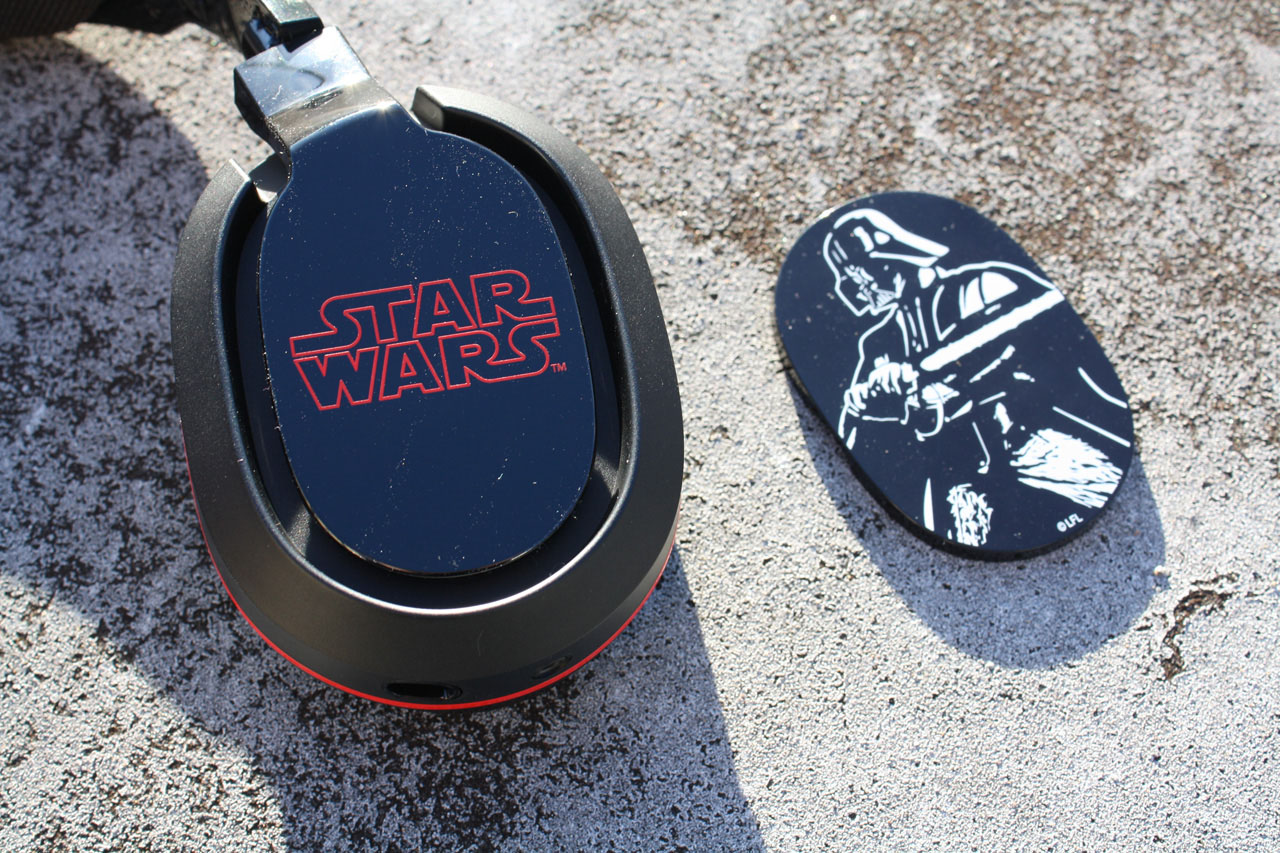 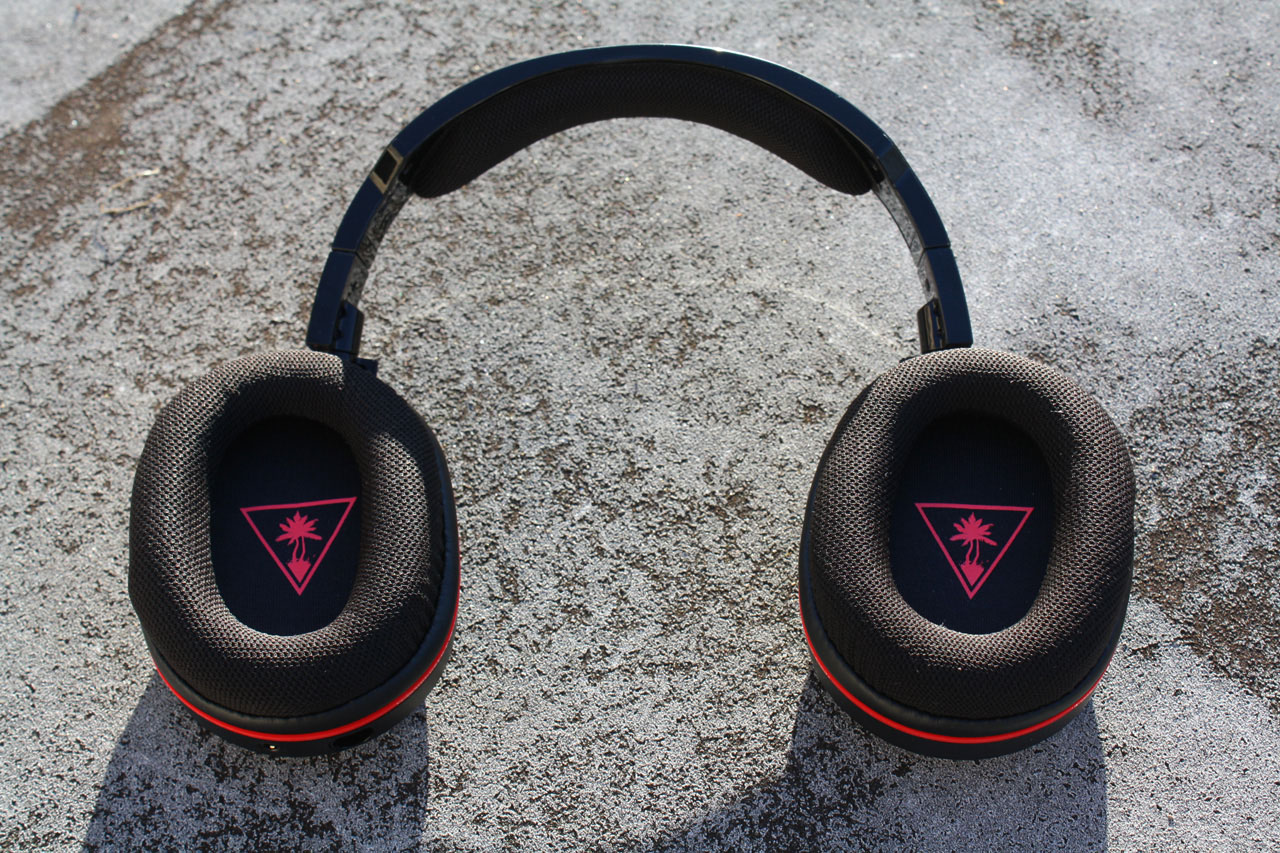 The cans are driven by 50mm neodymium speakers, fairly average for a stereo PC gaming headset. The Ear Force Star Wars also includes red foam cushions, which are just big enough to go around your ears. 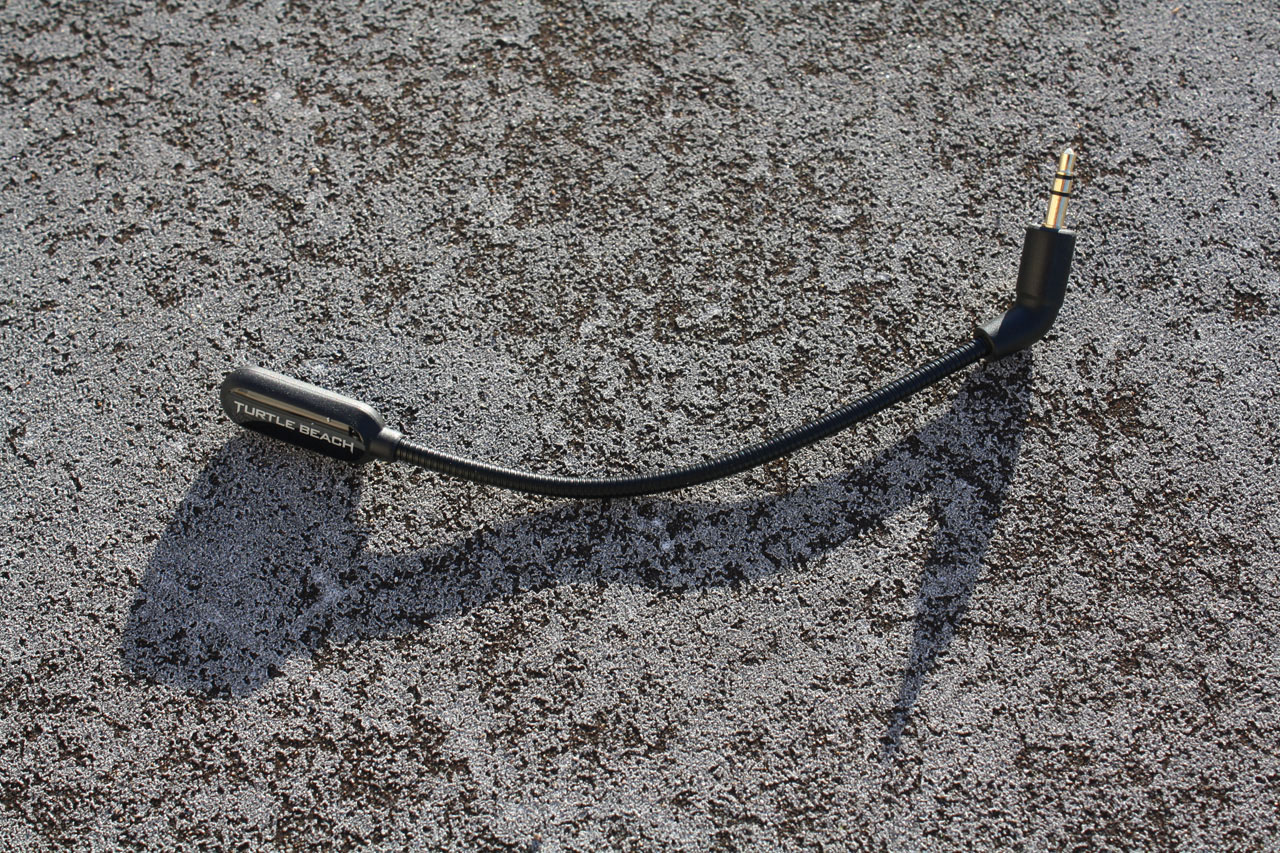 The microphone has a flexible skinny boom, and plugs into the bottom side of the headset’s left cup. 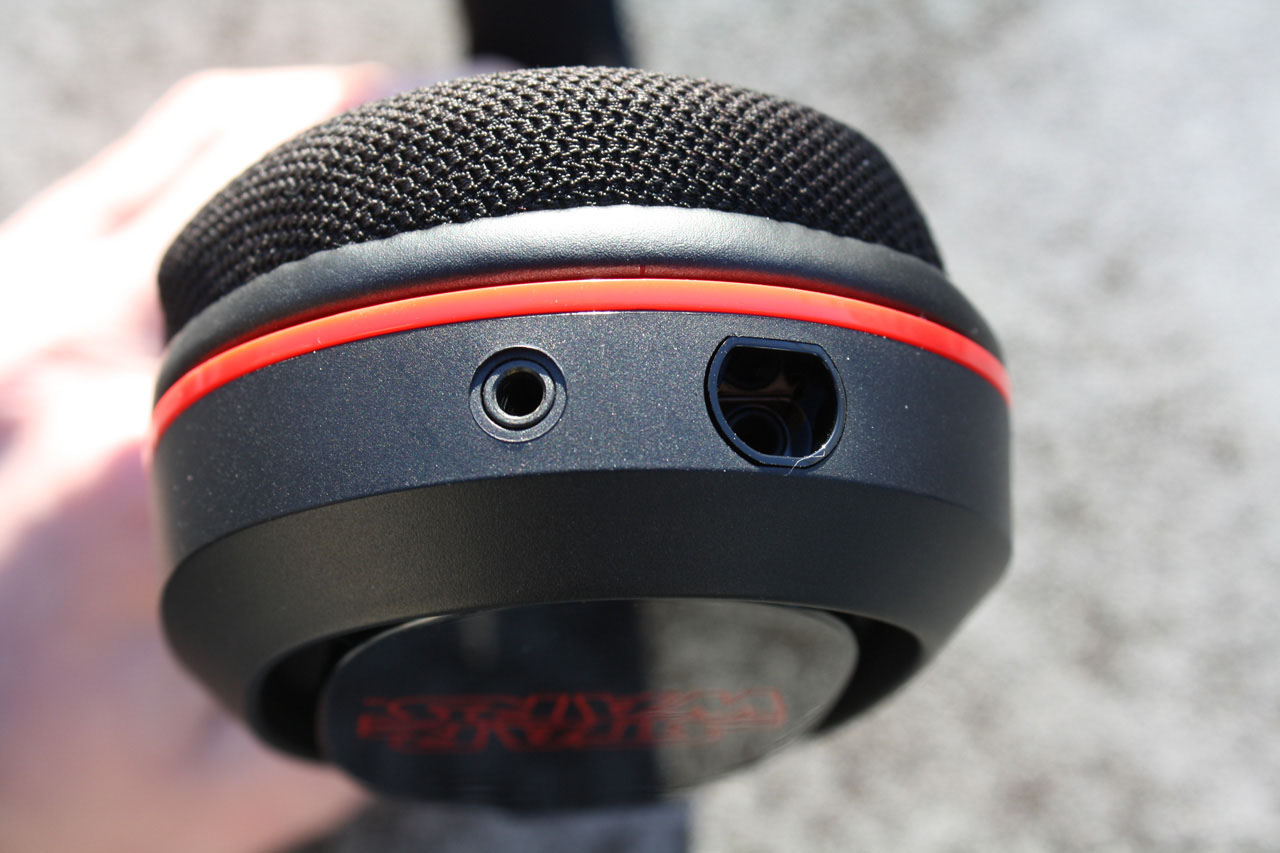 Another jack allows the cable to be connected, which comes in two parts. 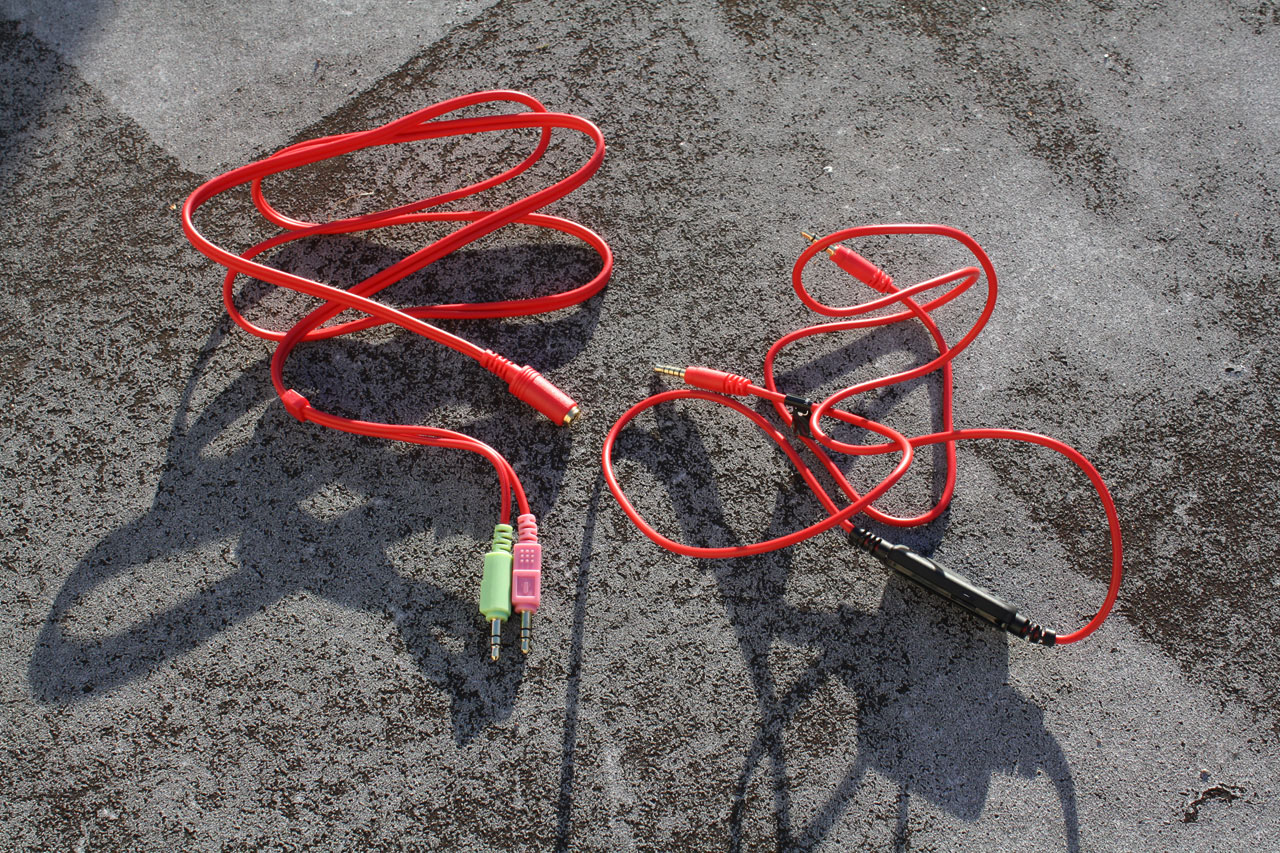 The first part is for mobile use, and ends in a single 3.5mm plug with four rings. The second part is for the PC, with a longer cable and a pair of 3.5mm plugs for microphone and stereo sound. This section also includes an in-line remote, allowing the microphone to be muted and the volume to be adjusted. 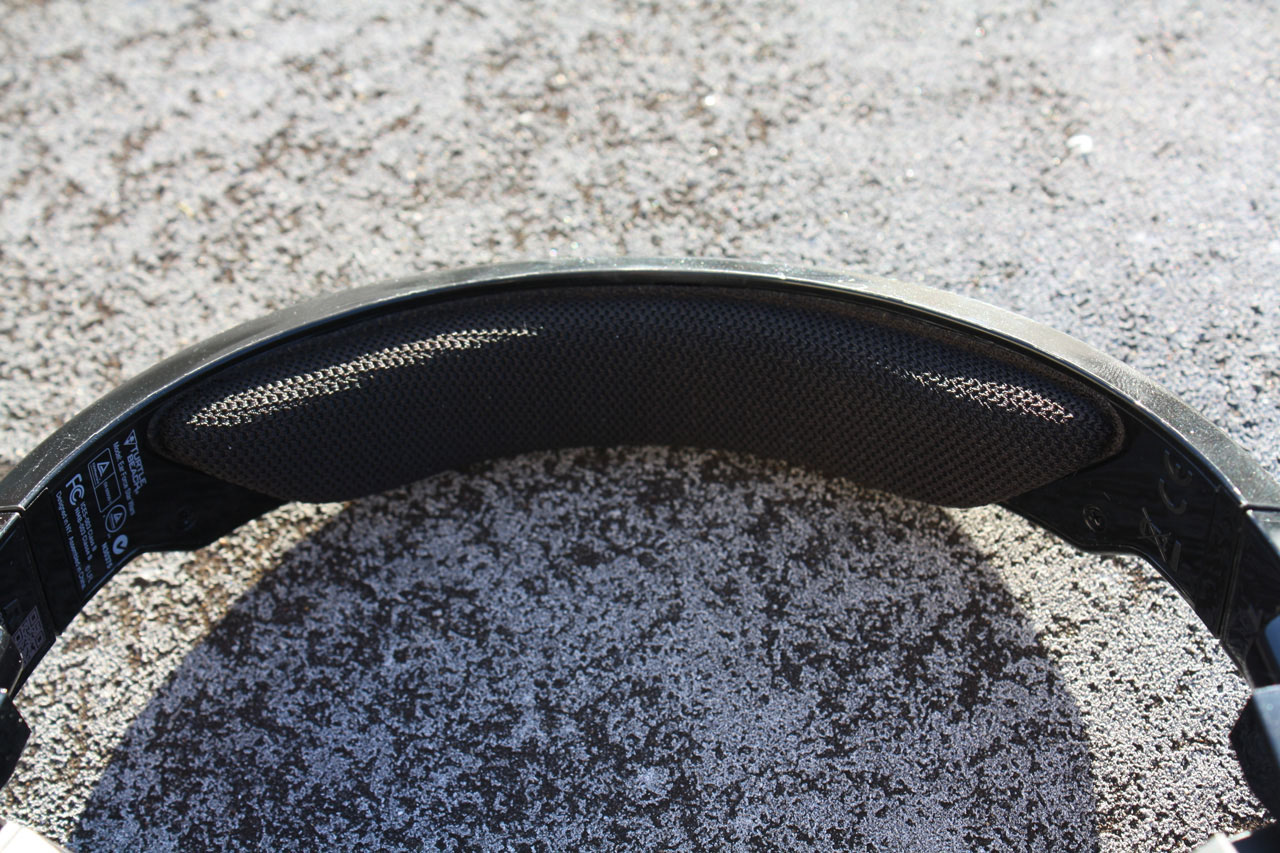 The headset has a slim pad under the headband, providing some relief from the plastic construction.

In order to give the Star Wars headset a fair shake, I’ll be using it as my primary headset both at my PC and when I’m on the move. This includes gaming on the PC, plus listening to music both from the PC and on the move from an iPhone and an Android phone.

Turtle Beach are best known as a gaming brand, so it was no surprise that the Official Star Wars headset was marketed primarily as a PC gaming headset. For this purpose Turtle Beach headset proved adequate, providing flat but clear sound in a variety of games. 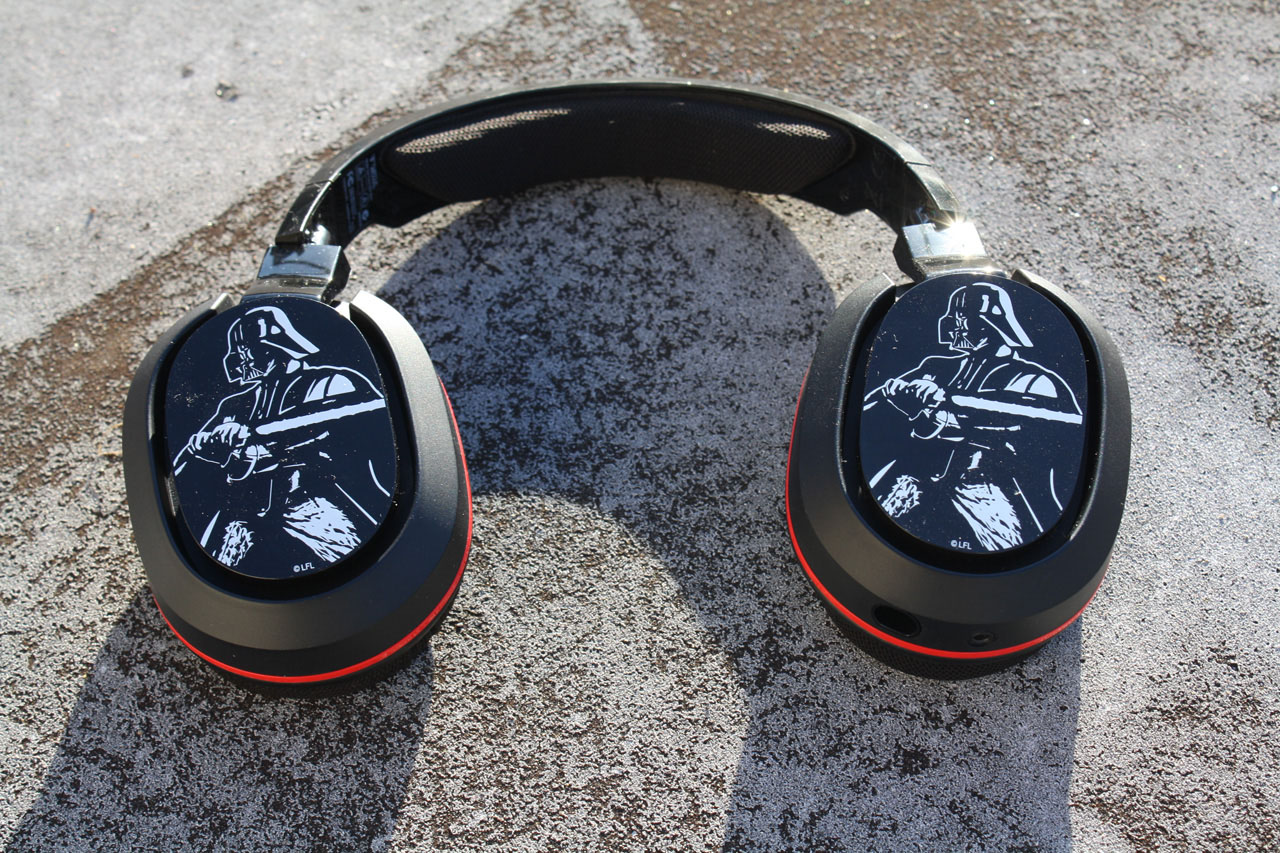 The microphone also worked well, with teammates reporting that I came in loud and clear once the boom was properly positioned. I appreciated the option to remove the microphone from the headset, which allowed me to use a desktop microphone and keep the headset a little lighter.

In terms of comfort, the Star Wars headset was acceptable too – I’ve worn heavier headsets for longer, but the soft earpads and adjustable design made even hour-long gaming sessions quite tolerable.

The second use case for this headset is as a mobile headset. The majority of the cable used for computers can be left at home, with a shorter cable ending in a single combined headphone/mic plug. This is a nice solution for a dual use headset, and prevents the annoying situation of having metres of cable stuffed in your pocket.

Unfortunately, the Star Wars headset didn’t excel here. The cable seemingly broke on the very first occasion that I took it out, with sound becoming very quiet once plugged in. It appears that the Android phone I was using was receiving a ‘volume down’ input constantly, making it impossible to use the headset with the phone. Of course, other headsets worked fine with the same mobile.

I tried the headset with an iPhone as well, and faced a different problem. Here, the cable needed to be held in a specific position for any sound to be transmitted; just the act of walking was enough to flex the cable into a position that cut off the music. Again, other headsets worked with the iPhone, so I can only assume that the headset was faulty.

This is a flaw you’d be disappointed to discover after months of use, but to face it on the very first outing was either incredibly bad luck or a sign of a badly constructed headset.

In other respects, the Star Wars headset was middling at best. I found the headset attracted a lot of attention in public, not all of it positive. Removing the Darth Vader caps made for a less novel and more mature look, but the bright red trim remained to set me apart. The style is perhaps better suited to children and teens.

The Star Wars headset seems well-designed and appropriate for PC gaming, but poor construction and loud branding make it tough to recommend, even for the Sith lord’s biggest supporters. We can only hope that the designers managed to escape Vader’s wrath.

I wrote a review of the 23andMe genetic testing service. The idea is that you provide a saliva sample and in... 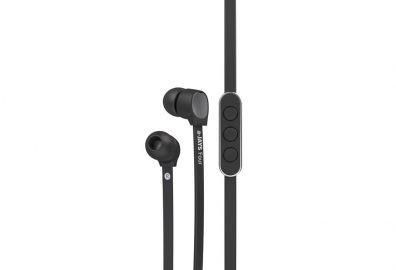 Jays are a Swedish brand with singular purpose: producing excellent headphones for mobile devices. Since...