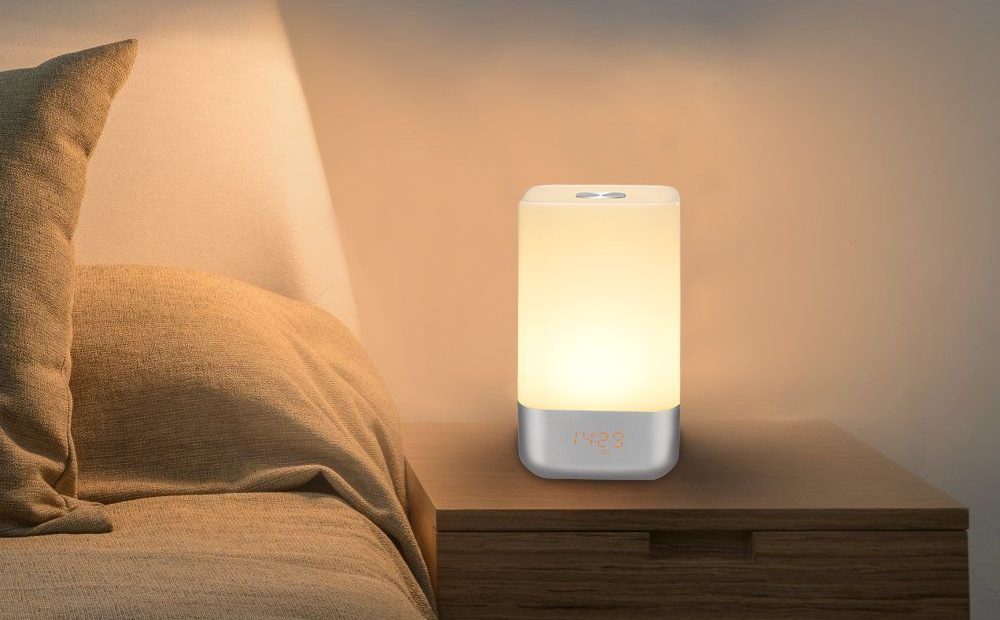 Tsumbay Wake Up Light MY-03 review

Over the past few weeks, XSR HQ has been awakened by a warm and gentle light. Here’s our review of the progenitor of this rosy dawn, a clever lamp called the Tsumbay Wake Up Light, available now on Amazon for $40. 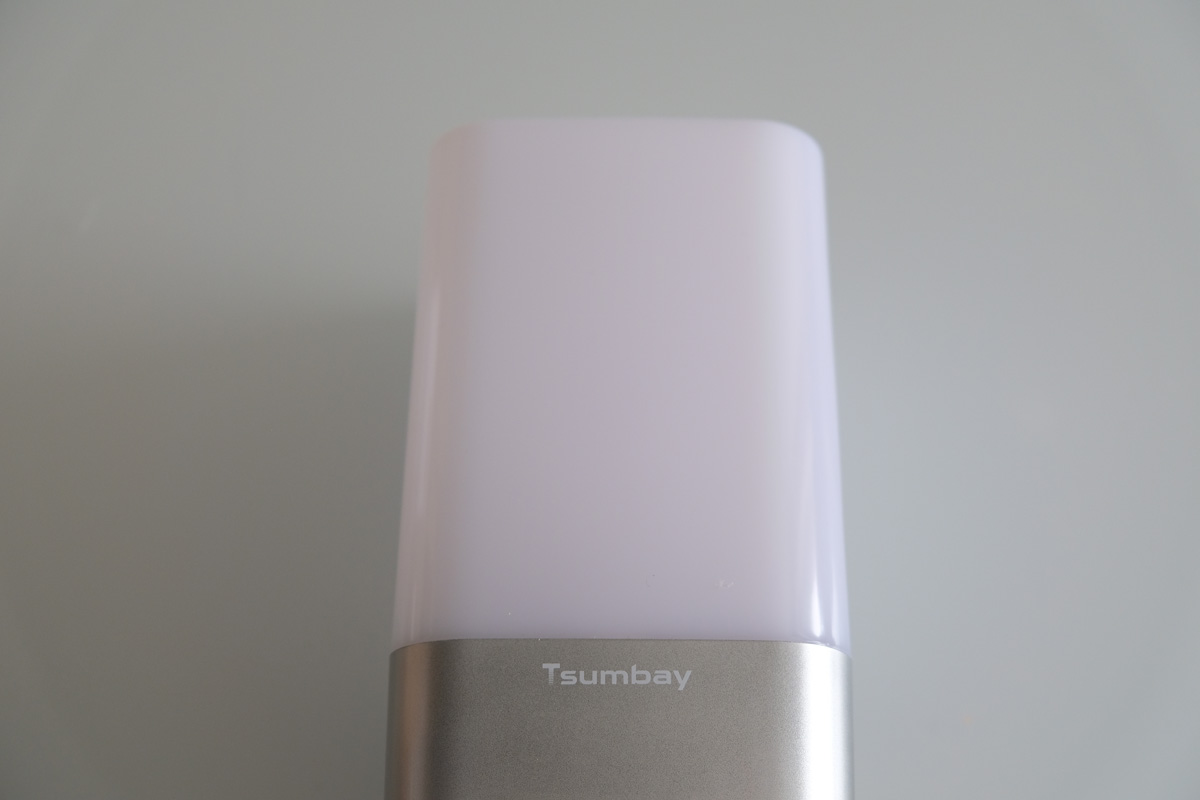 The Tsumbay Wake Up Light is a diminutive fellow, about the size of small desktop speaker. The upper part of the body is made from a semi-opaque white plastic, while the lower half is made from a silver plastic. The rounded edges make the light comfortable to carry and give it a modern appearance.

The top of the light has a brushed metal squircle about the size of a 50 pence piece in the centre. Tap it once to turn it on, then tap it repeatedly to cycle through brightness levels. If you tap and hold, the lamp begins cycling automatically through a range of colours. Tap again to lock in a colour, or press and hold again to turn off the light. 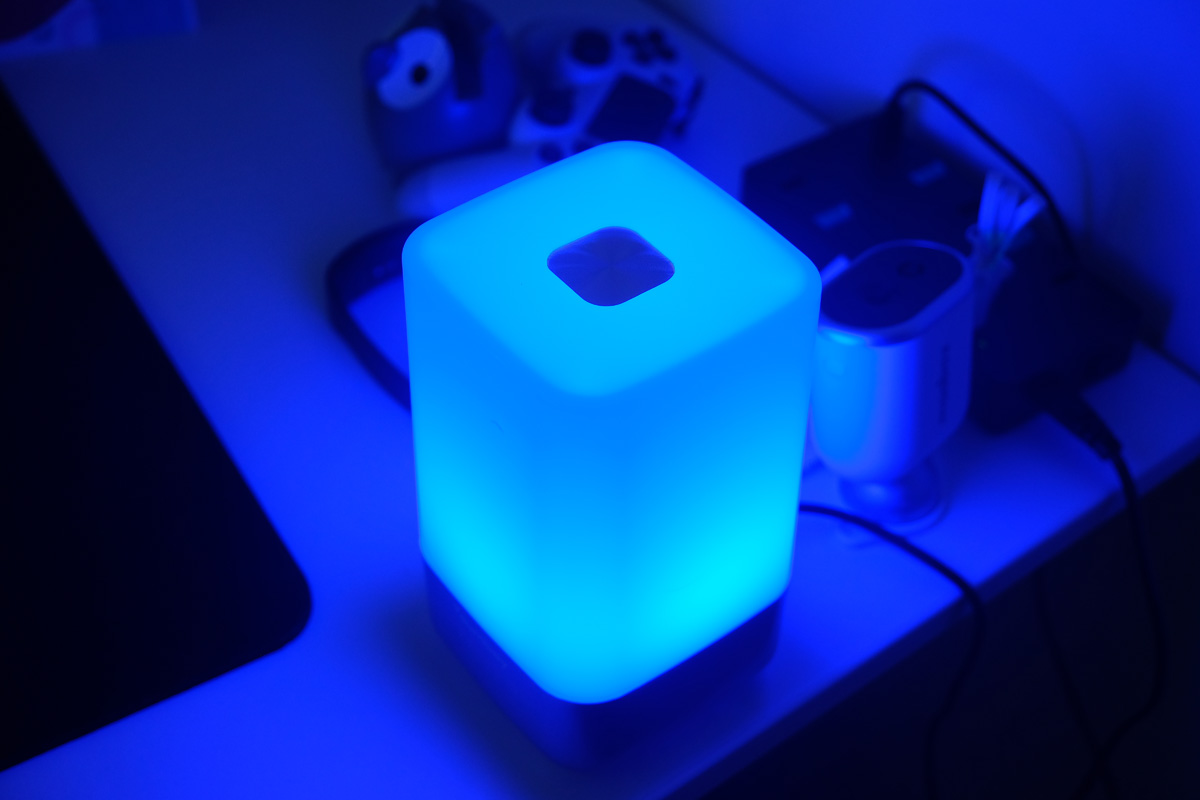 There’s a yellow digital LED display embedded in the base of the lamp which shows the time, if an alarm is set and how the lamp is being powered (either via its own rechargeable battery or a micro USB cable). The low brightness and small size of the display make it a bit hard to read during the day, but also ensure that you don’t sear your retinas at night. 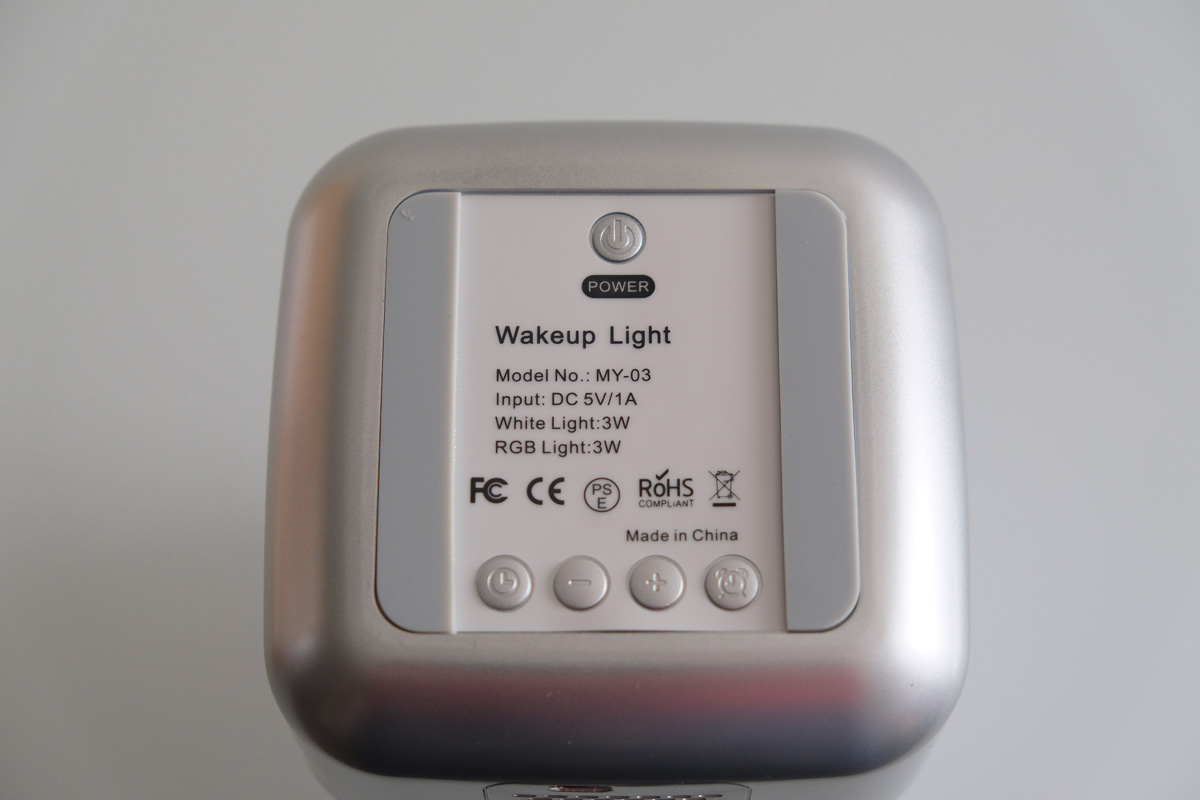 Four buttons on the underside of the base allow you to change the time or alarm time, set your desired alarm sound, choose between 12 and 24 hour modes and toggle the alarm on or off. You can also turn the light off and on with a dedicated button.

We used the Tsumbay Wake Up Light for several weeks in order to give it a good test. We kept it next to our bedside table when we sleeping at home, and took it with us on overnight stays on one occasion as well.

The most important feature of this lamp is its ability to awaken you more naturally, through a gradually brighter and brighter warm light and, if necessary, bird calls or other natural sounds. It begins 30 minutes before the alarm time you’ve chosen, ideally awakening you both early and in a better mood that you’d be in when using a traditional alarm. 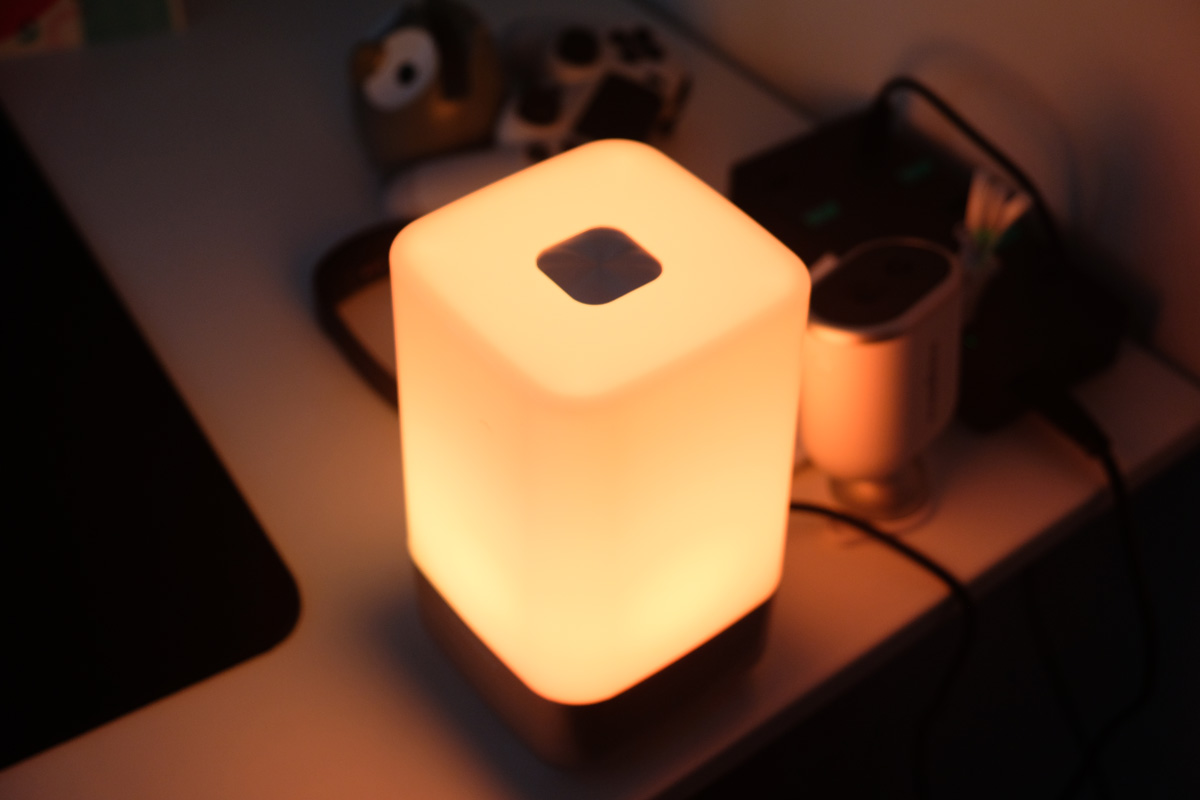 Thankfully, this feature worked exactly as intended, awakening us in plenty of time for our alarm. Generally, I found that the light itself enough was sufficient to wake us up, and the bird calls served only as a reminder that we’d forgotten to switch the lamp off after getting out of bed. Getting jerked out of sleep with a violent klaxon is never fun, and even if we got less sleep overall we generally felt better rested and capable in the morning while using the light.

As a secondary function, you can also use the Wake Up Light just as a standard light. Here, the light wasn’t quite as impressive, as it didn’t produce a massive amount of light even on its brightest setting. It’s very good for being able to navigate obstacles late at night, but not sufficient for easy reading or similar activities. 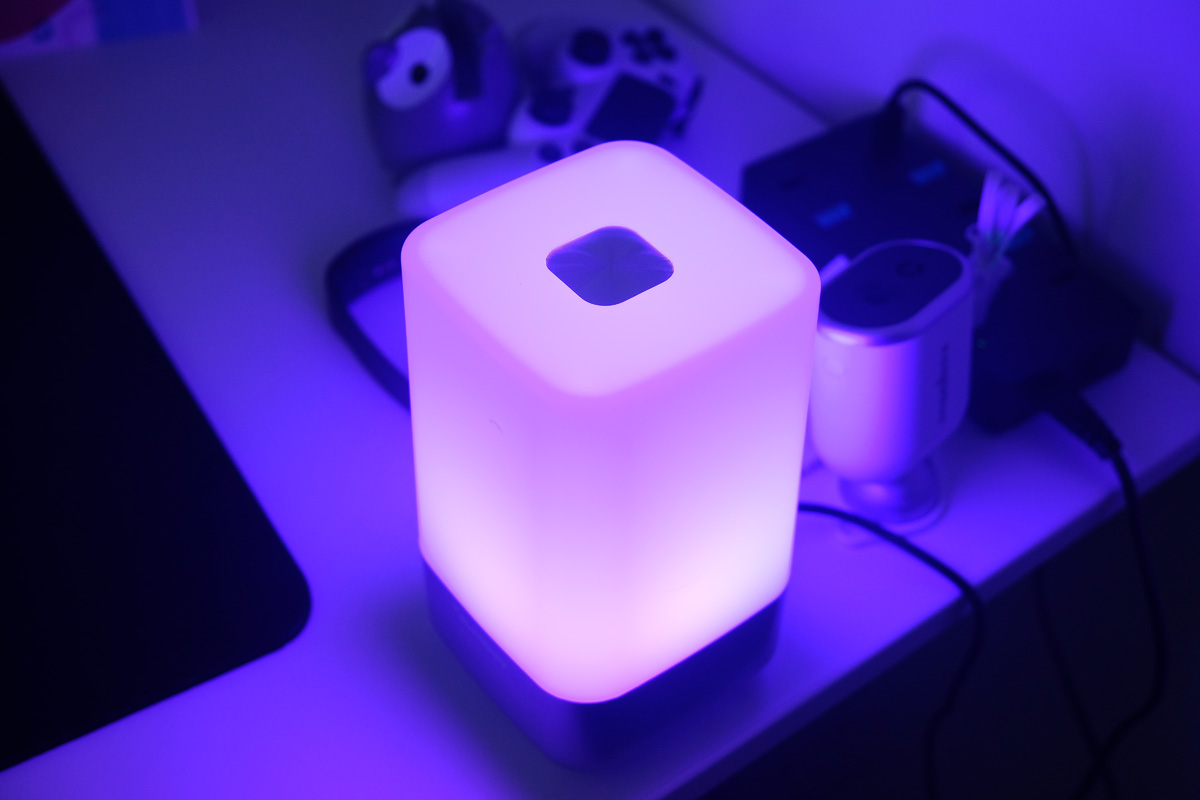 However, the warm glow of the light does fit well with the hygge aesthetic, and for that reason we used it during the evening as well. The colour changing feature was less useful than we expected, but it’s nice to have as ambience at a party, for instance.

The only disappointing feature of the lamp is its battery life; we used it for just a few days before it needed recharging again. However, it did remember the time it had been set to, so all it needed was a quick top-up via the included Micro USB cable. Generally, I’d recommend you use this lamp wired up at all times to save a missed alarm catastrophe.

The Tsumbay Wake Up Light fulfilled its most important duties despite its small size, so we’re happy to recommend it. 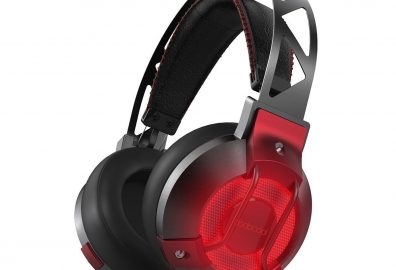 Today we’re looking at a set of gaming headphones from budget brand Dodocool. These £20 headphones... 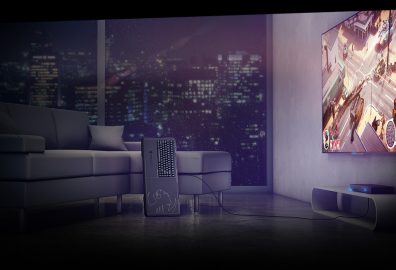 PC gaming is brilliant, but it’s not always the most social experience — often you’re...