Toshiba XG6 NVMe SSD review: is this 96-layer SSD better than the 970 Evo?

Toshiba’s new super-fast NVMe SSD, the XG6, has arrived. We’re testing the 1TB drive here, which Toshiba claim can hit 2980MB/s sequential reads, 2960MB/s sequential writes and ~360K random IOPS. Impressive figures, but do they hold up to nominal scrutiny? Let’s find out in our rapid-fire tests of the first SSD equipped with 96-layer 3D NAND!

So, what is this 96-layer 3D NAND thing anyway? The short version is that it means that Toshiba are able to pack 96 layers of flash memory on top of each other, where previously they had only been able to place 64 layers. In theory, that 1.5x increase in density allows for improved performance, better power efficiency and a lower cost per gigabyte – all of which is great for NVMe SSDs, which surpass the ~550MB/s barrier of SATA-connected drives and can use all of the horsepower they can get. This new NAND has been combined with the same controller as the XG5, the TC58NCP090GSD, which runs with newer firmware. All of this allows the high sequential and random figures that we quoted in the introductory paragraph.

In order to test the Toshiba SSD’s chops, we ran four synthetic benchmarks with varying payloads: CrystalDiskMark, AS SSD, ATTO and HD Tune Pro. Combined, these should give us a good idea of the drive’s performance compared to the current go-to NVMe drive, Samsung’s 970 Evo.

First up, it’s version 6 of CrystalDiskMark. This test is a little more recent than the third version than we normally use, so we retested a few drives alongside the XG6 to ensure our results were comparable. While the sequential figures of the XG6 are impressive, the 970 Evo is the victor in three of the four read tests, with only the unthreaded, unqueued 4K test showing an advantage for the Toshiba drive. The XG6 does better at writes, with an excellent sequential write result of over 3000MB/s, but again falls behind in the 4K tests. 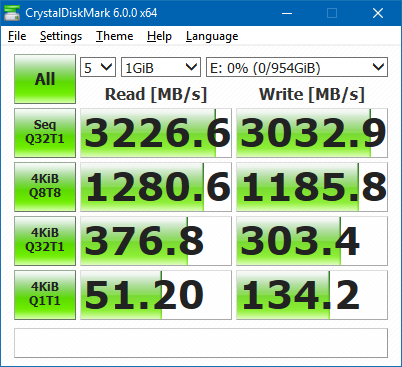 AS SSD is another benchmarking tool quite similar to CrystalDiskMark, which uses predominantly incompressible data across a range of workloads including sequential tests, random performance and access times. The first three numbers are MB/s and access time is in ms.

Here we see a similar pattern repeat – the Toshiba is slightly pipped by the Samsung drive in sequential reads but the roles reverse for sequential writes. Random writes are also a point of pride for the Toshiba drive here, with strong results that allow for a higher overall score. Access times remain inaccessible for reads (one day that bug’ll be fixed!) but write access times are nearly identical. 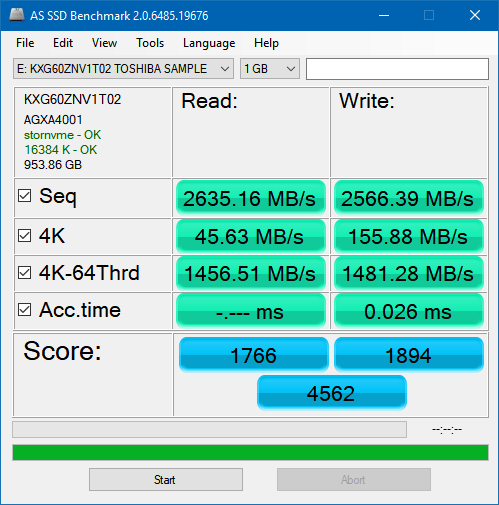 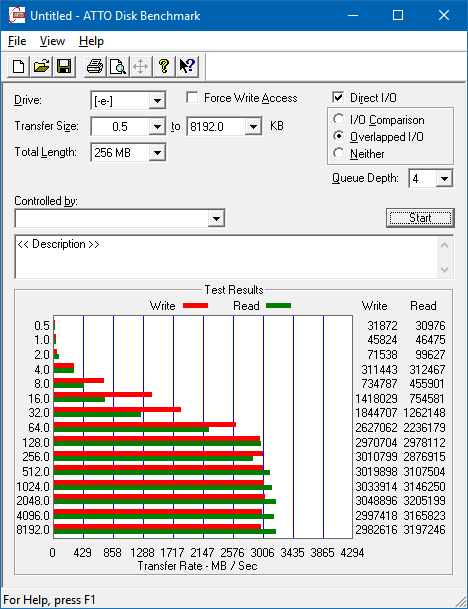 The XG6 shows a significantly higher burst read rate than the 970 Evo, but its read speed average is below that of the Samsung 970 Evo. The access time measurement appears bugged, but the measurement we have before – 0.026ms – suggests that it should be very similar to the 970 Evo. All in all, the two drives remain closely matched when it comes to read speeds. 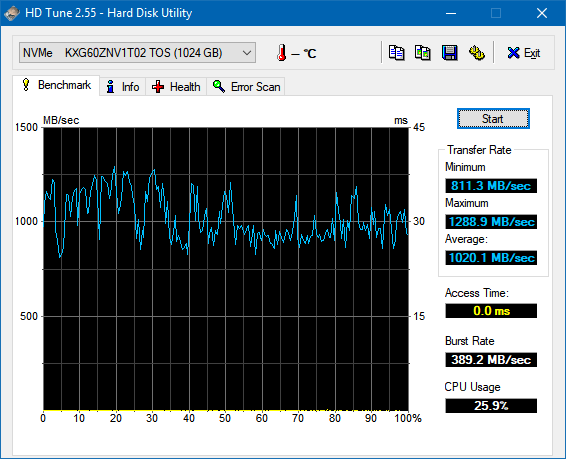 After our cursory examination, it’s clear that Toshiba’s XG6 drives cut the mustard. We found performance that was comparable to the Samsung 970 Evo in almost every respect, with improved write speeds in many scenarios. That makes the XG6 should be a great option for anyone that needs extremely fast sustained speeds – e.g. creatives working with 4K video footage. While this exact drive isn’t one that you can buy yourself, it should (hopefully) be available to consumers in laptops and other machines soon – and perhaps we’ll see an OCZ retail version down the line.

While we don’t have any specific pricing information, in theory the XG6 could also cost less for OEMs to include compared to 64-layer alternatives from WD or Samsung while offering the same or better performance. As a consumer, that could mean getting a better set of components in your next laptop or desktop PC. Toshiba are also offering a five year warranty with the drive, compared to the three years offered by some of its competitors, which speaks to the trust they have in the product.

Ultimately, the XG6 gets our recommendation – and we’re looking forward to seeing what Toshiba can accomplish with its new 96-layer NAND in future drives, especially when paired with a new controller. 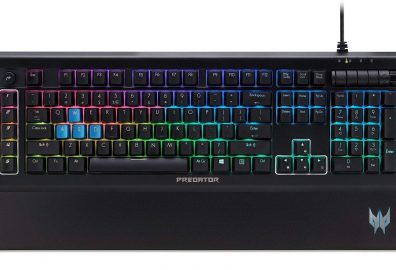 The Predator Aethon 500 is a full-size mechanical keyboard with clicky switches, dedicated macro and media... 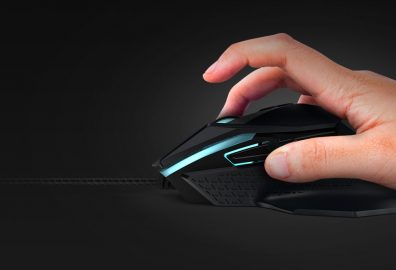 Earlier this week we looked at the Predator Aethon 500 mechanical keyboard, and now it’s time to look...