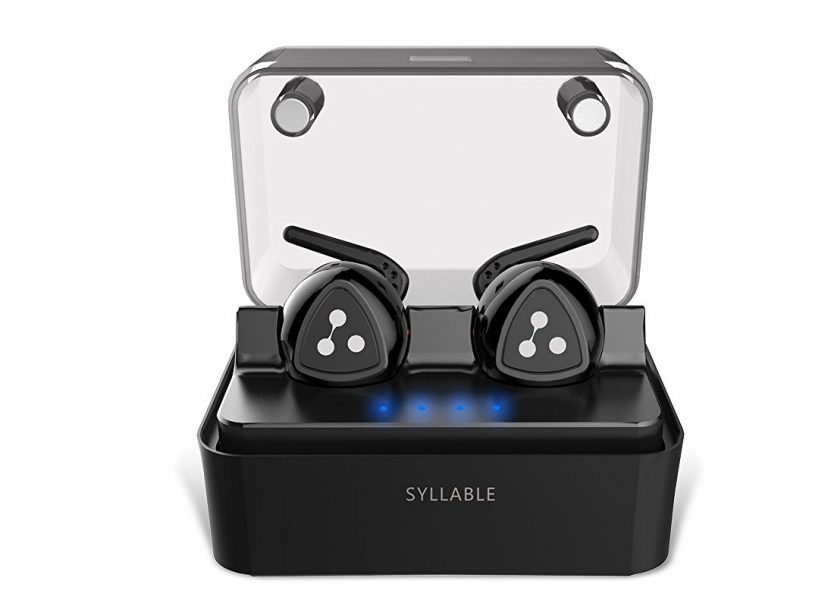 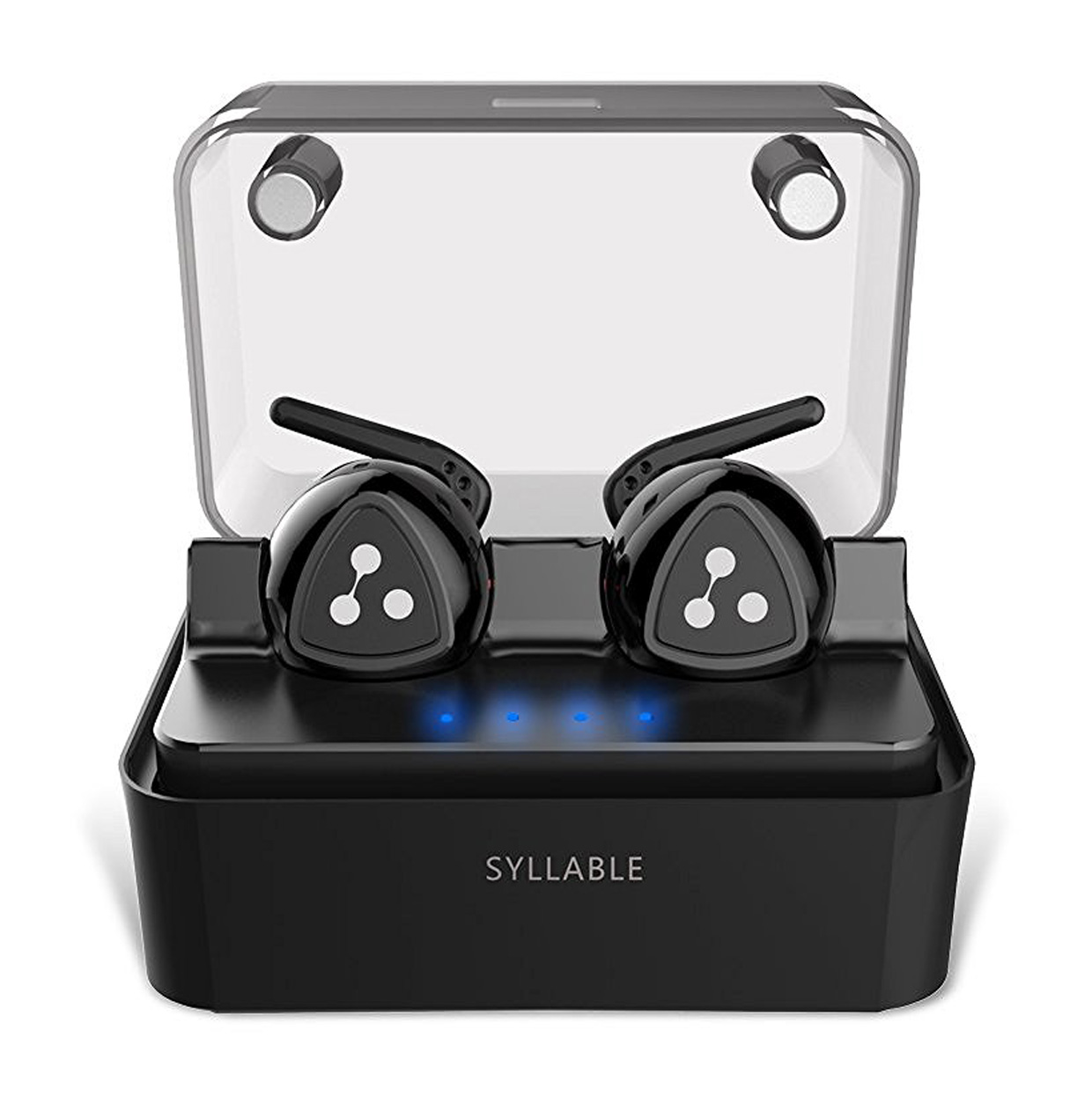 Truly wireless in-ear headphones are all the rage these days. Apple’s AirPods are probably the best known example, but you can also find alternatives from Bragi, Jabra, Samsung, Erato and more. However, almost all of these cost quite a bit — anywhere from $159 to $299. That makes Syllable’s $40 D900 Mini pretty attractive, but how do they compare? Let’s take a look. 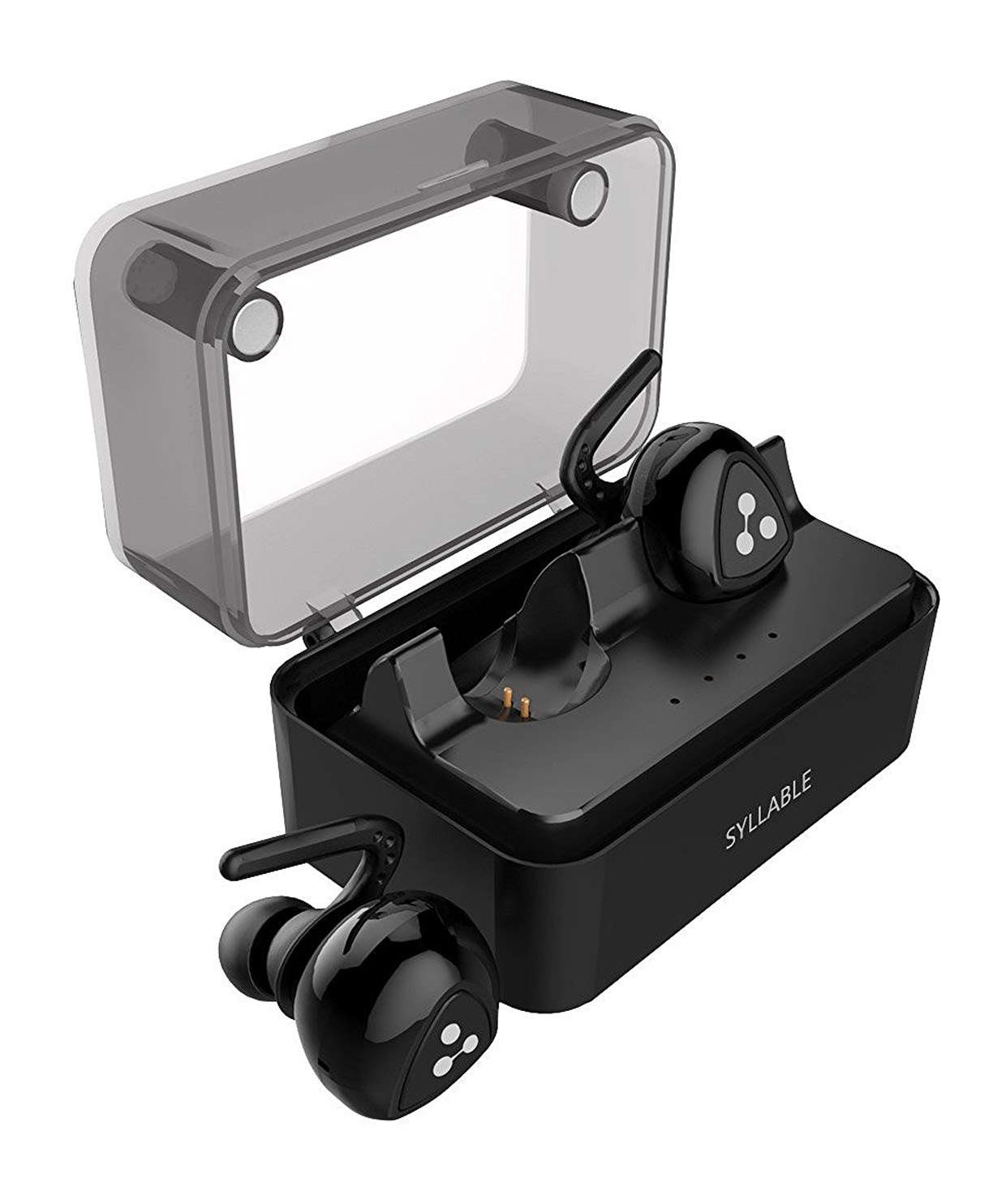 The D900 Mini are noticeably chunkier than their premium competitors, but they’re still quite small and light, weighing five grams each and sporting a diameter of 20 millimetres. Each earpiece consists of a bulbous pod with a multi-function button, connected to a swirly rubber stabiliser and the shaped earbud itself.

The earbuds come in a protective charging case, which is capable of about five full charges before it needs to be recharged itself via Micro USB. The earbuds use a pair of tiny pogo pins to connect to the charging case, and the absence of magnetic docking (and absolutely tiny LEDs) makes it challenging to know when the earbuds are properly situated. As well as the case, you get a small packet with two additional pairs of ear cups in different sizes, a Micro USB charging cable and a fabric case. 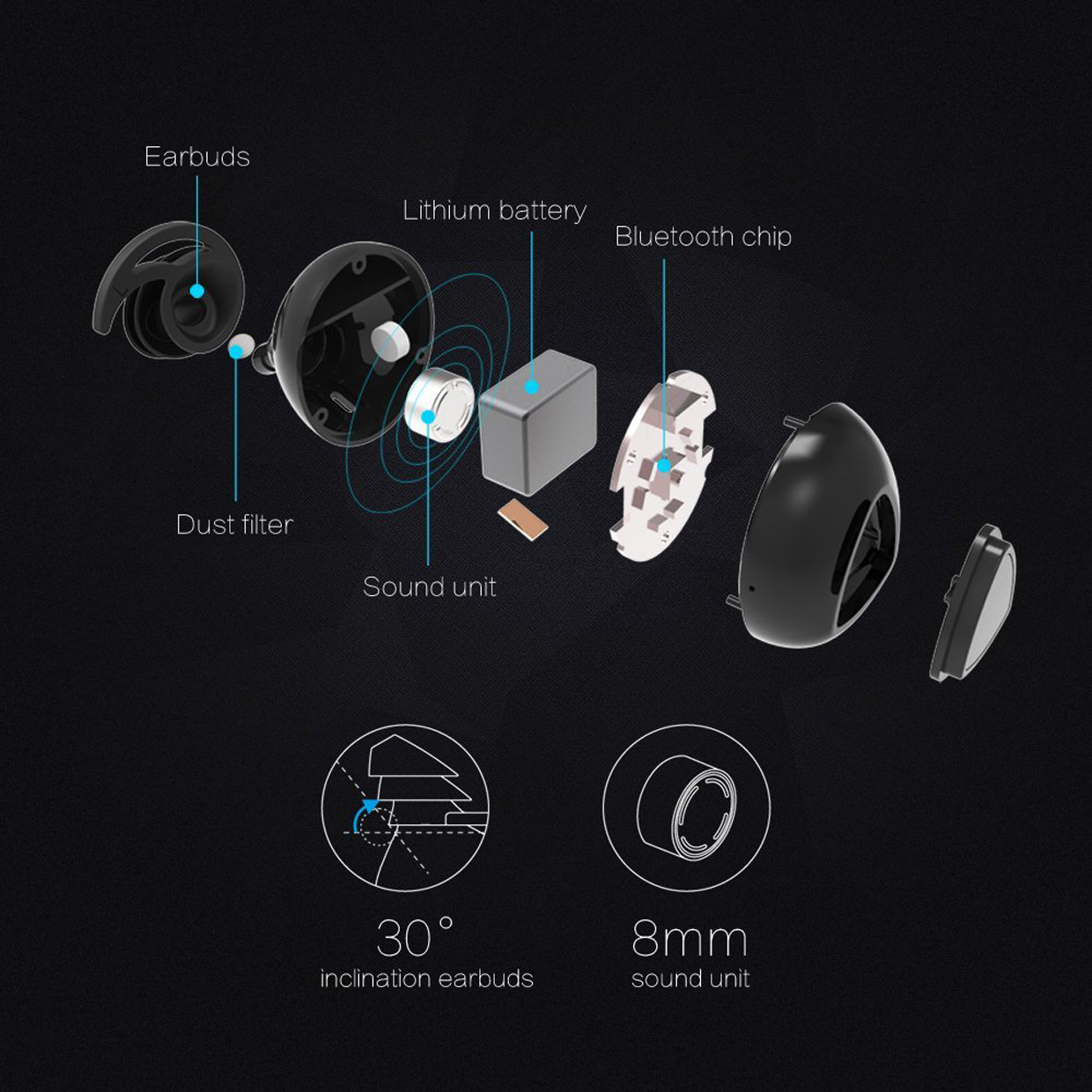 The headphones work like this: the left earpiece connects to your phone via Bluetooth, and the right earpiece connects directly to the left. In order for the two earpieces to play in sync, a small but noticeable delay is added. This doesn’t matter at all for music, but it’s a bit weird to hear delayed keyboard presses or game audio.

We noticed that the right earpiece frequently dropped its connection, stopping playback completely in that ear before slowly ramping back up to its previous volume. This happened multiple times per song in our testing; it turns out that the human skull is kind of difficult to penetrate with Bluetooth. However, there were also instances where drops became much less frequent; perhaps it is to do with the amount of electromagnetic interference in a given location. The Bluetooth connection to our phone also seemed quite stable, which was nice to see.

When the Bluetooth connection is stable, you can enjoy the light weight of the in-ear headphones and the freedom that the complete lack of wires affords. You don’t have to worry about cables getting tangled or lost, and the headphones sit comfortably in each ear. We didn’t experience the headphones falling out, but it was necessary to re-position them every so often.

The sound quality of the D900 Mini was quite reasonable, providing a bit of bass and acceptable clarity throughout the range. These aren’t the best in-ears I’ve used, but they’re definitely not lacking either.

Battery life was something of a disappointment. We only got about three hours of intermittent testing in before one of the earphones started bleeting a warning. Five minutes later, and it was completely dead, leaving us with mono sound. The earphones recharged quickly though, and were good to go after work.

Syllable’s D900 Mini headphones are a classic case of ‘you get what you pay for.’ Sure, they’re way cheaper than AirPods and they sound decent, but they come with some substantial compromises too: poor battery life, noticeable audio delay and poor intra-earbud Bluetooth connectivity. Ultimately, it’s hard to recommend these budget ‘phones over traditional in-ear headphones at the moment — the freedom of fully wireless operation just isn’t worth the hassle. 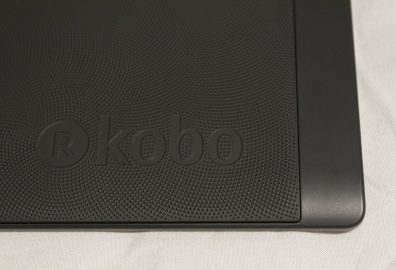 When you think of an e-reader, odds are you’re going to picture a Kindle. Amazon’s reading device... 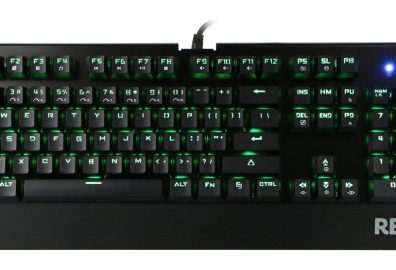 Reidea’s KM06 keyboard seems too good to be true: RGB backlighting and a full layout of mechanical...