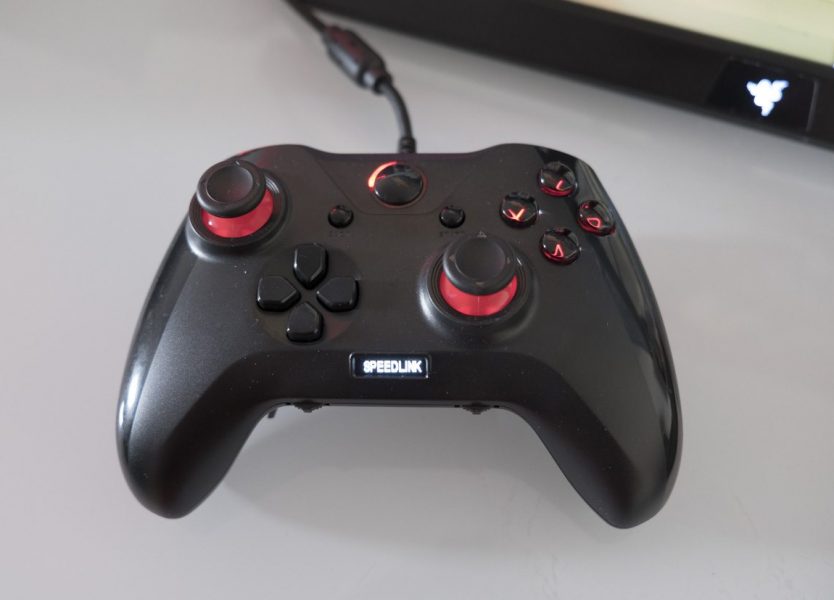 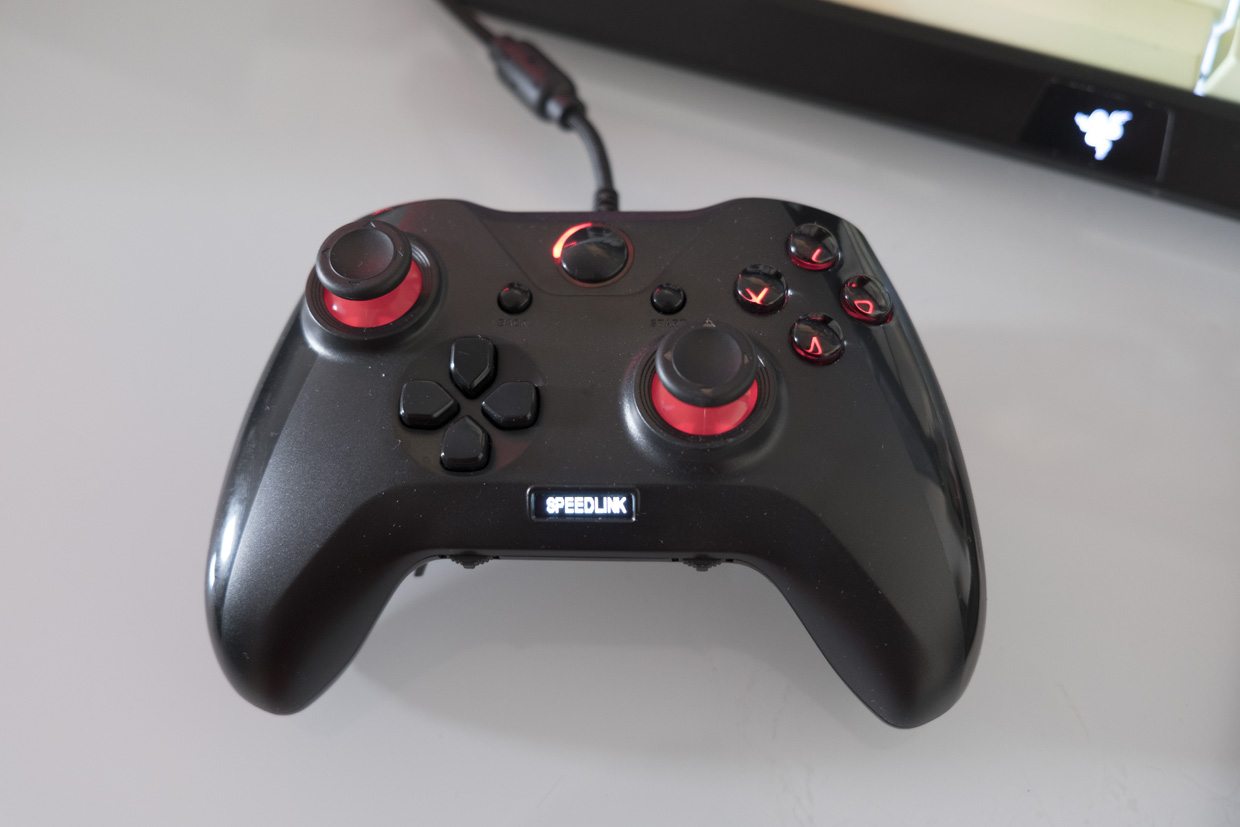 Looking for a customisable controller with adjustable triggers, tons of extra buttons and a sweet red-on-black colour scheme?

Say hello to the Quinox Pro, a USB gamepad for Windows. Let’s put it to the test in our full review! 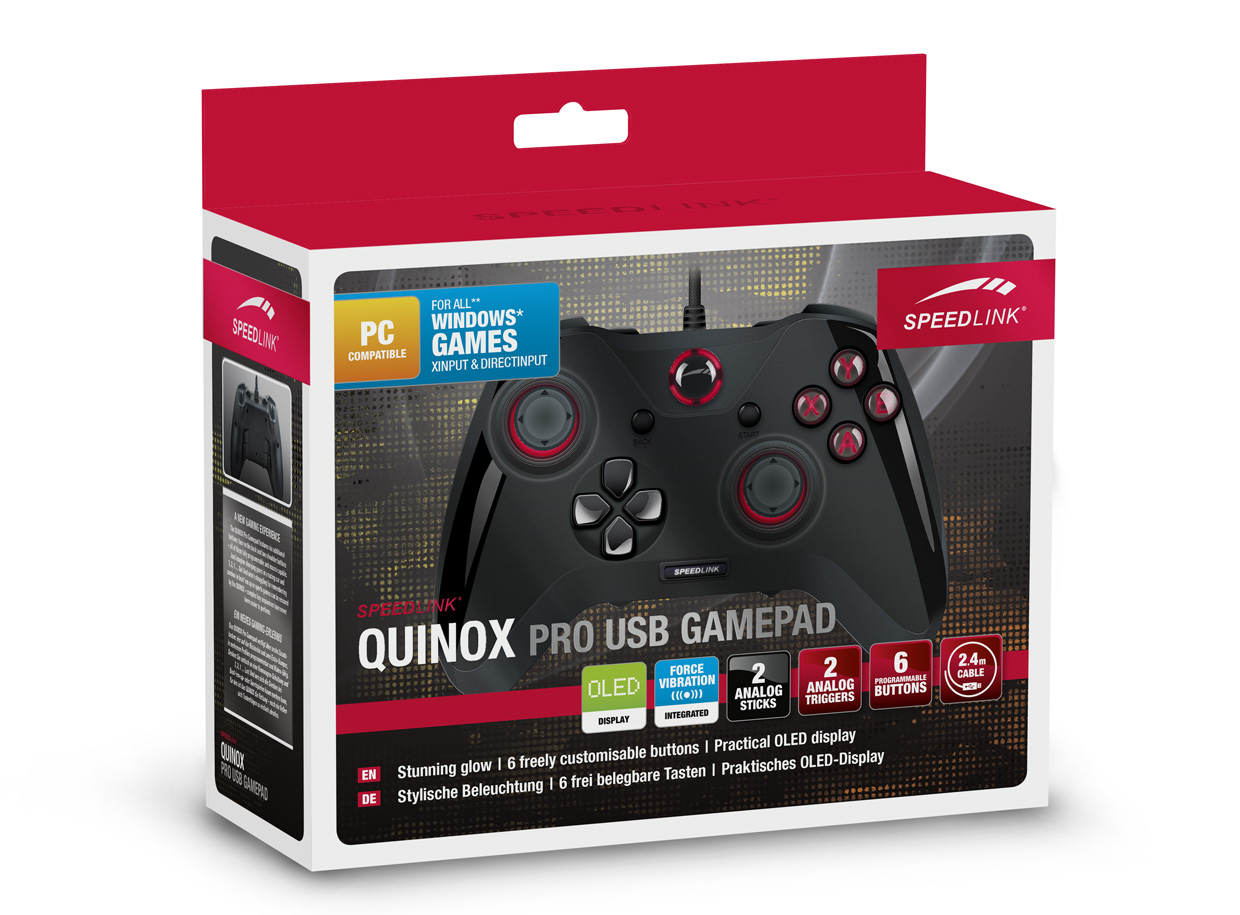 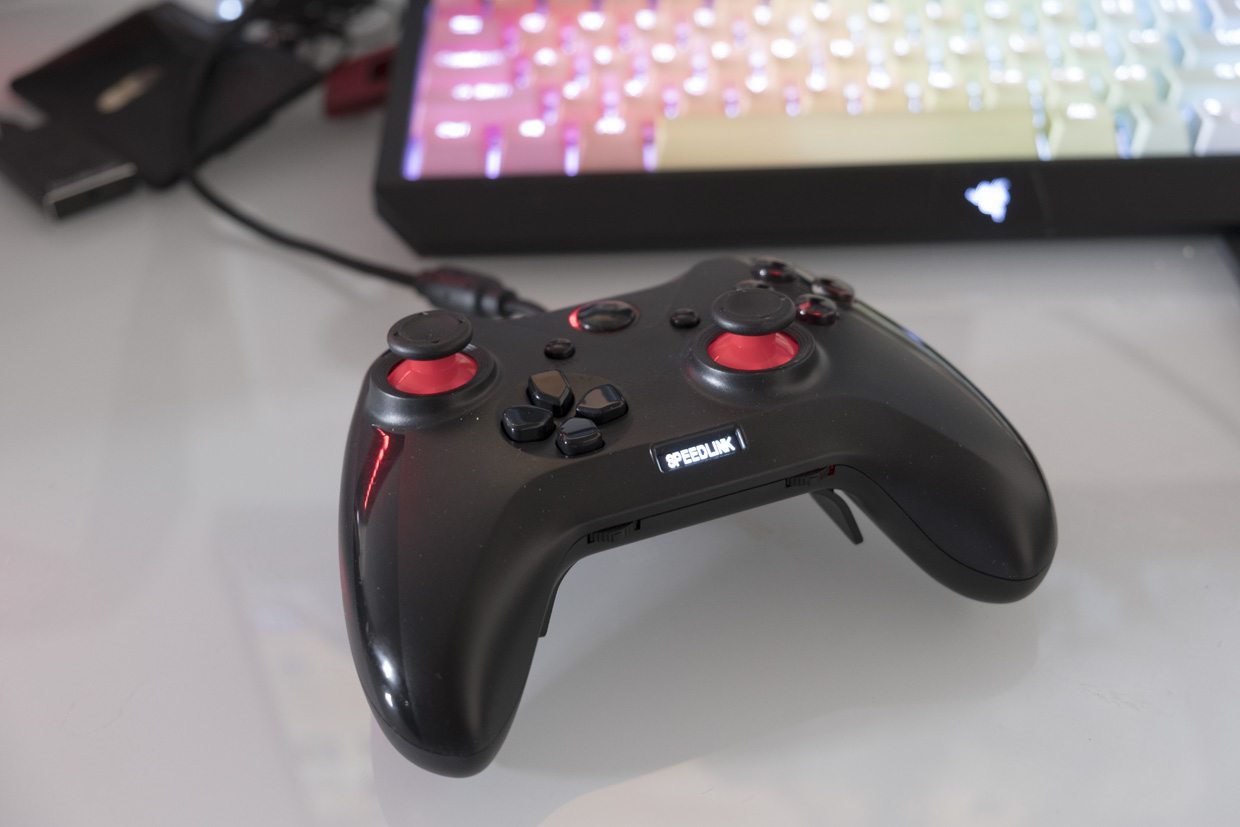 The Speedlink Quinox is a handsome-looking controller with a gamer-friendly black and red colour scheme. When connected up to your PC, multiple areas will light up with red LEDs: the area below the sticks, the centre swoosh and the face keys.

The layout mirrors that of the Xbox 360 / Xbox One, with sticks in the upper left and lower right, a d-pad in the bottom left, and face buttons on the upper right. Where the Xbox or guide button would be on the Xbox controller, there’s a similarly functional ‘swoosh’ button. 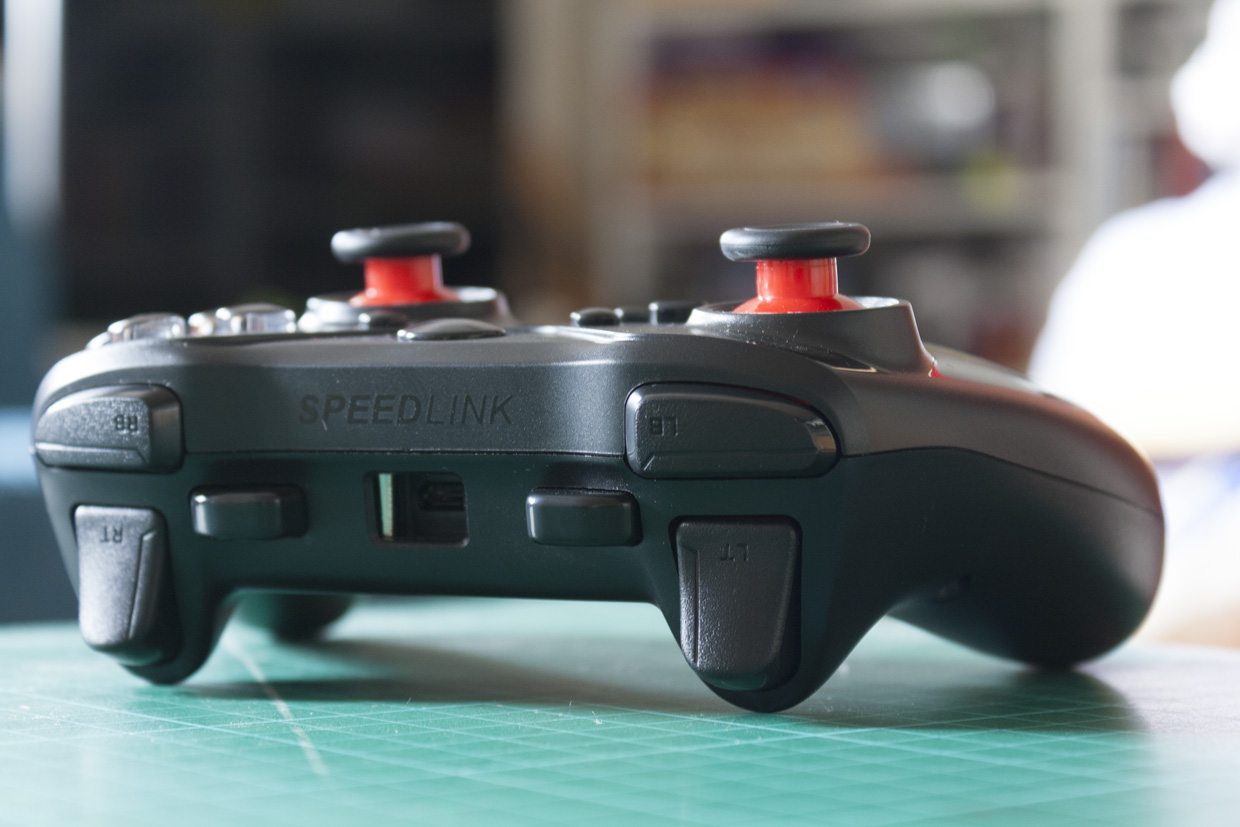 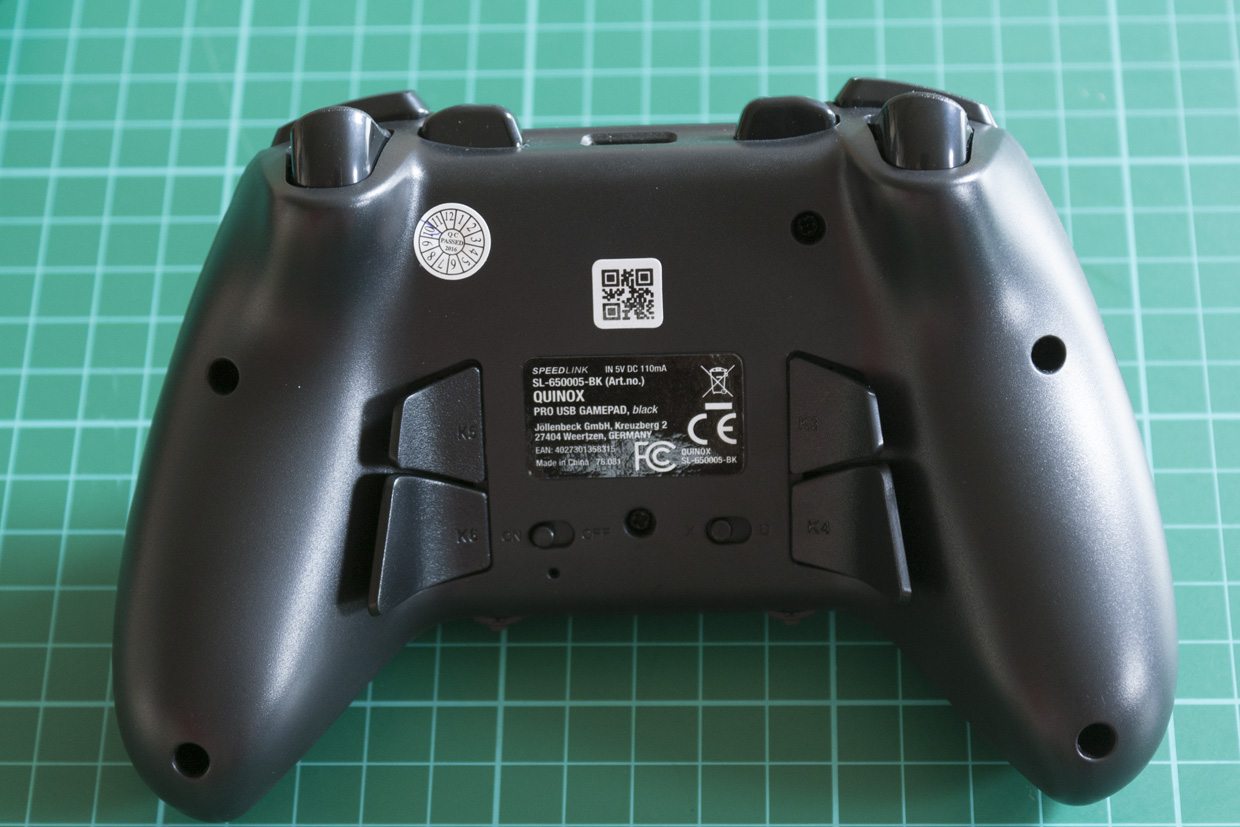 On the bottom of the controller, there are four additional triggers which can be set to act as any other button on the controller.

There are two switches here too. One swaps between XInput and DirectInput — two different controller APIs — allowing you to get the gamepad detected in older games if the default setting doesn’t work. The second switch is an on/off switch for vibration.

You’ll also note there’s a small OLED display and two notched dials below the sticks, which allows you to configure the controller’s extra buttons, change stick sensitivity and other settings. Here’s what’s possible: 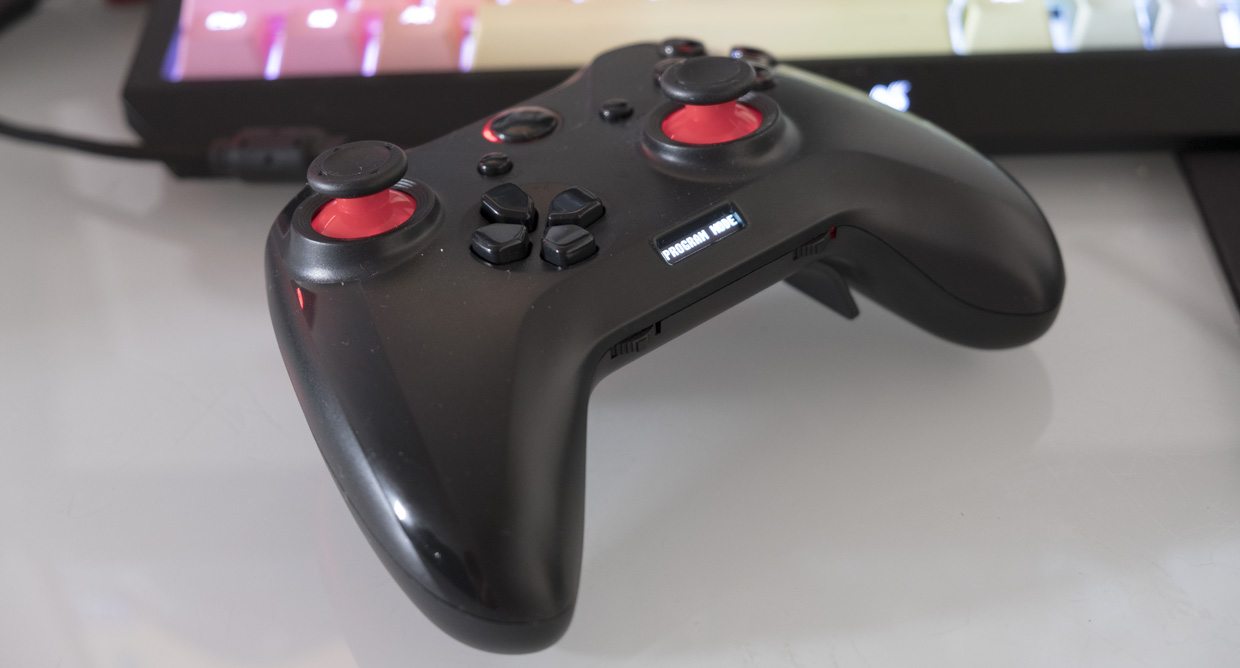 You can adjust the sensitivity of the sticks by rotating the left or right dials; settings range from -10 to +10 and make a noticeable difference.

Profiles and macros can be switched through by pressing the left dial, then using the d-pad to select profile (1 or 2), macro (1 or 2) or normal mode.

You can also adjust the trigger deadzones by entering program mode, pressing the trigger, and then adjusting with the d-pad.

Macros work similarly; select a macro profile, press the right dial to enter program mode, then hold down the key you want to set off the macro and enter your combination of keys. The limit is around ten inputs, which are recorded without delays — sadly, this means that complex combos (e.g. in fighting games) won’t work.

The build quality of the Quinox seems reasonably high — it doesn’t feel cheap by any stretch of the imagination, but at the same time it doesn’t feel quite as bulletproof as official controllers from either Microsoft or Sony. The OLED screen, for instance, seems a little bit lop-sided if you look at it closely.

Overall, we reckon the Quinox is one of the nicer third-party controllers we’ve seen. Now, let’s put it to work.

We tested the Quinox in Project Cars, Dark Souls III and Genital Jousting (an amusing but not-safe-for-work party game). 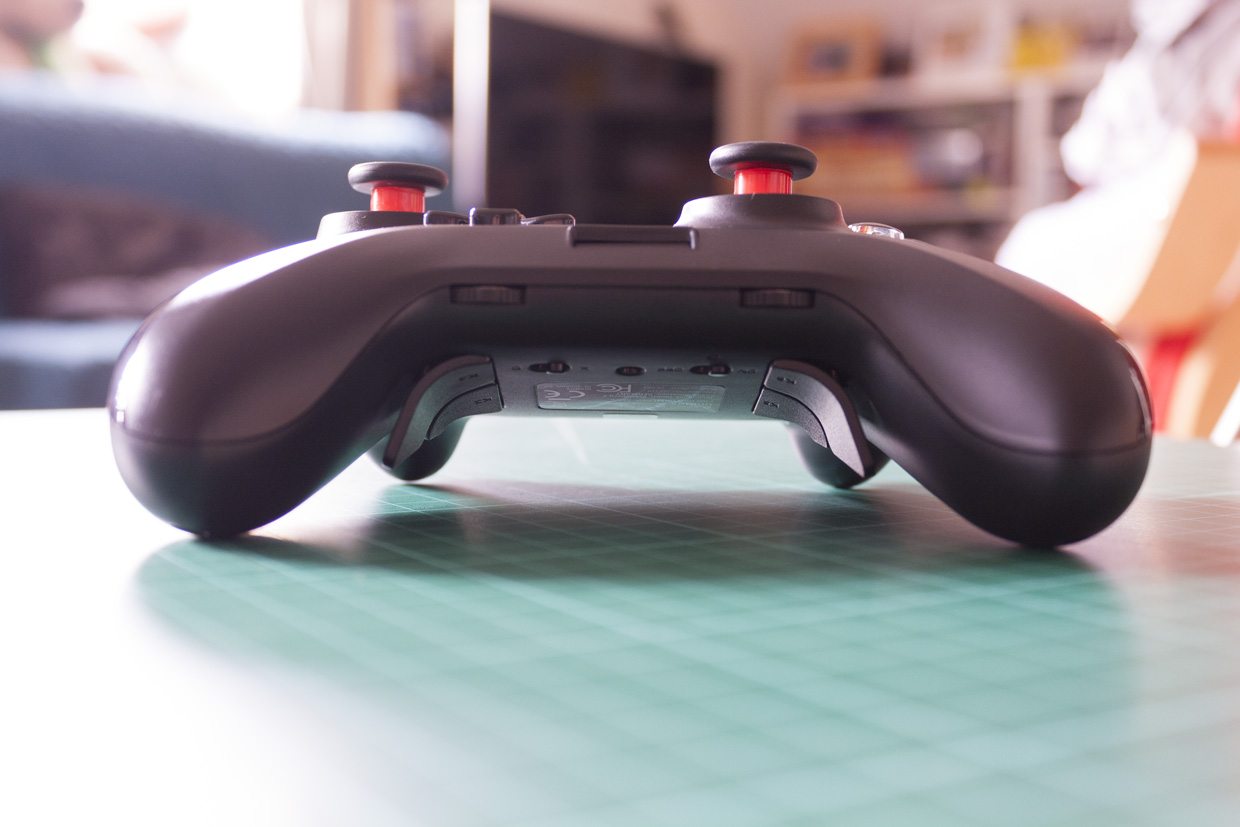 First, the good stuff: both sticks feel precise, and return strongly to the centre. Driving in Project Cars felt super smooth, with enough grip on top of each stick to prevent slippage.

The bottom triggers are also ideally placed, making them very easy to activate accidentally when you’re first getting to grips with the controller, but once you learn to adjust your grip you begin to appreciate their ready accessibility. We set them to change up and down gears, and they proved easier to use than the shoulder buttons for this.

However, there were some less good things too. The main triggers are a little ‘shorter’ than anticipated, making it difficult to stay at, for example, half-throttle. They’re a little scratchy too.

The buttons are noisy too, most notably the triggers, d-pad and face buttons — they’re noticeably clickier than PlayStation 4 controllers. This didn’t bother us, but it’s something to be aware of.

Elsewhere, the Start and Select buttons are relatively stiff, requiring a firm press to actuate. This might be vexing in games where you need to pause quickly, or ones that have you use these buttons with regularity. The additional shoulder buttons are also a little stiff, and they’re hard to reach as well. Still, it’s nice to have them there. 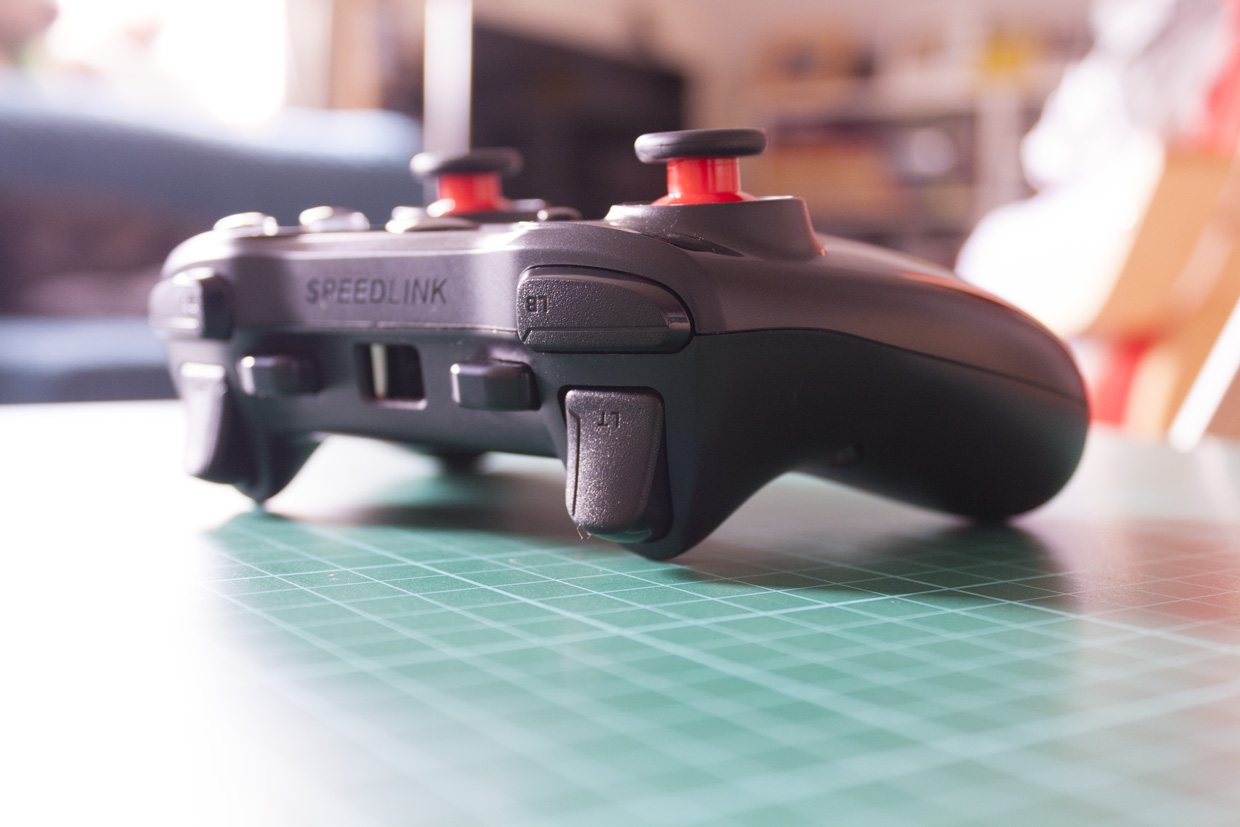 The controller shows up as ‘Xbox 360 controller for Windows’ once drivers are installed, so it should work in almost all modern games — particularly as both legacy (XInput) and modern (DirectInput) modes can be used. It’s a bit easier to install than a DualShock 4, but not as easy as a standard Xbox 360 or Xbox One controller, and it won’t work on either console.

Adjusting the controller, rebinding keys and recording macros is all quite easy and sensible. It’s nice that it can all be done on the controller as well, as this means you don’t have to quit out of your game to make changes. 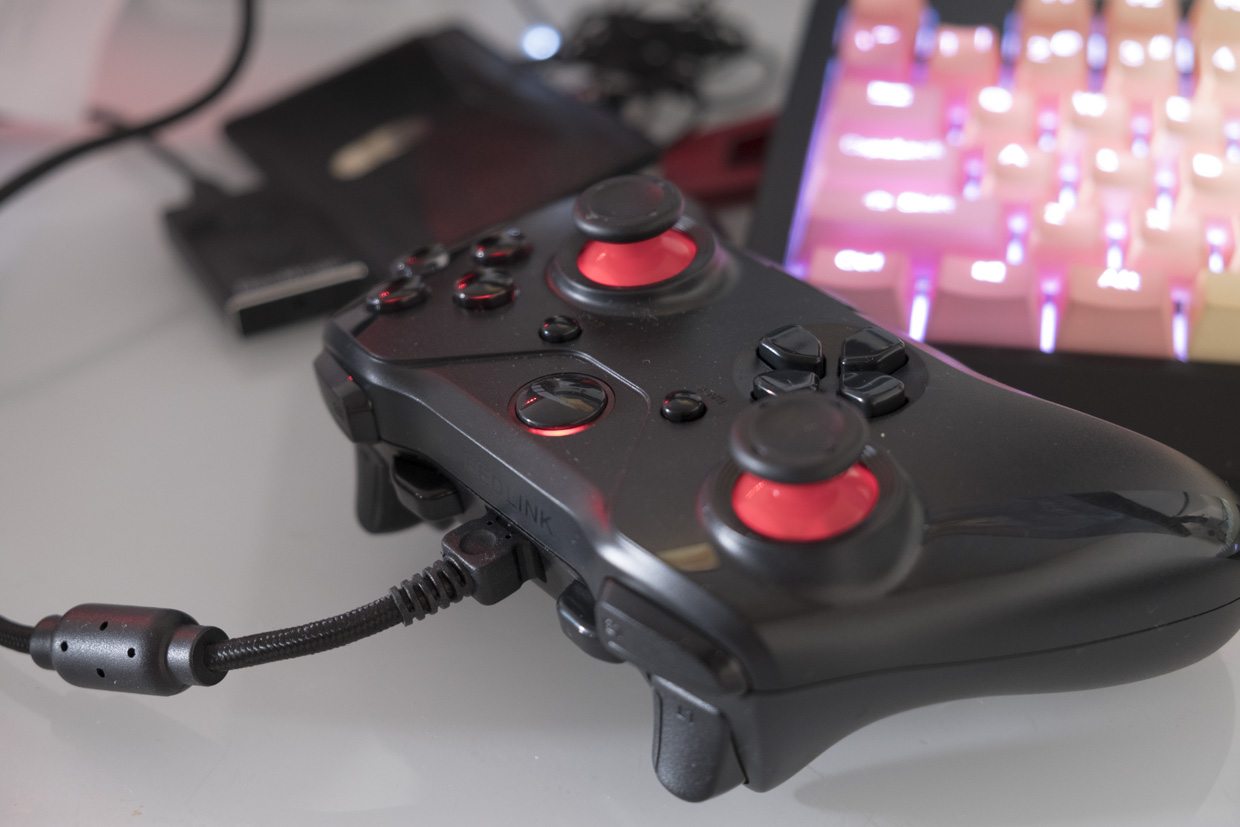 The sub-lit sticks, face buttons and swoosh button look awesome in low light. However, they’re a little hard to read from an angle (and near-impossible to read with LEDs off). However, most of us know the buttons by now, right?

The only real usability concern is a minor one: the Micro USB cable is surprisingly hard to insert, requiring both force and luck. This seems like an easy thing to get right, so it’s surprising that it’s as difficult as it is.

The Quinox is a pretty solid controller, which met our expectations for features, build quality and design at its £65 (€70) price point. If you’re able to take the time to set it up how you like it, making use of its customisability and extra buttons, it’s well worth the money.

If you’re just looking for a plug-and-play controller though, there are cheaper options that deliver better build quality for a lower price — not least the official and . 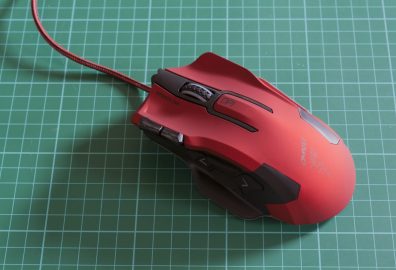 The Omnivi Core is a palm grip mouse from Speedlink, complete with multi-colour LED backlighting, ten... 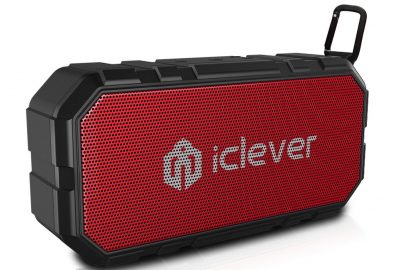