Creative has been a giant in PC gaming since its very inception; its Sound Blaster cards were once synonymous with sound cards. Few people buy dedicated sound cards any more, but Creative are still finding ways to show off their long-lasting aural expertise.

Today we’re looking at one example: the P5 in-ear headphones, part of Creative’s new Sound BlasterX pro-gaming series launched at gamescom last year. The crowd at the packed event seemed to like them, but they couldn’t hear anything above the roar of the show floor anyway. Here’s our take, after going hands-on in the slightly quieter environment here at XSR Towers.

The SoundBlasterX P5 are stylish in-ear headphones that sound as good as they look. While the mic performance isn’t up to par and the cable gets tangled a little too easily, Creative have gotten the essentials right and added a few nice little extras too. 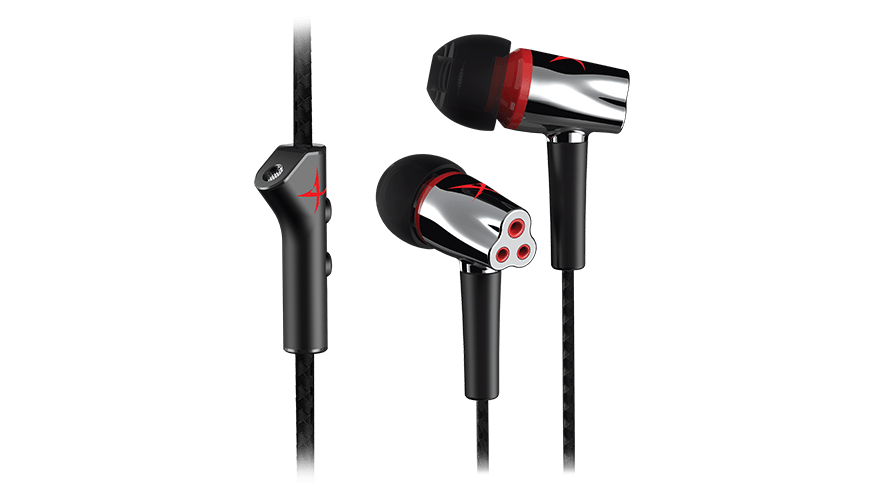 Most in-ear headphones look pretty similar: black or white, with a plasticky cable and a flimsy build. The same cannot be said of the Sound BlasterX P5, which immediately stands out from the crowd. My eye was immediately drawn to the ‘port tube array’, a unique tri-barrelled design wrought in shiny, dark metal and branded with the Sound BlasterX logo. The P5’s ear tips are semi-transparent, and the whole assembly attaches to the cable with a reinforced rubbery connection.

The cable itself is braided, but remains quite thin. That makes it hard to get it too tangled, although flat cables still feel better for this. The in-line remote is adorned with the same logo as the earbuds themselves, with a multi-function button, a switch and a microphone. 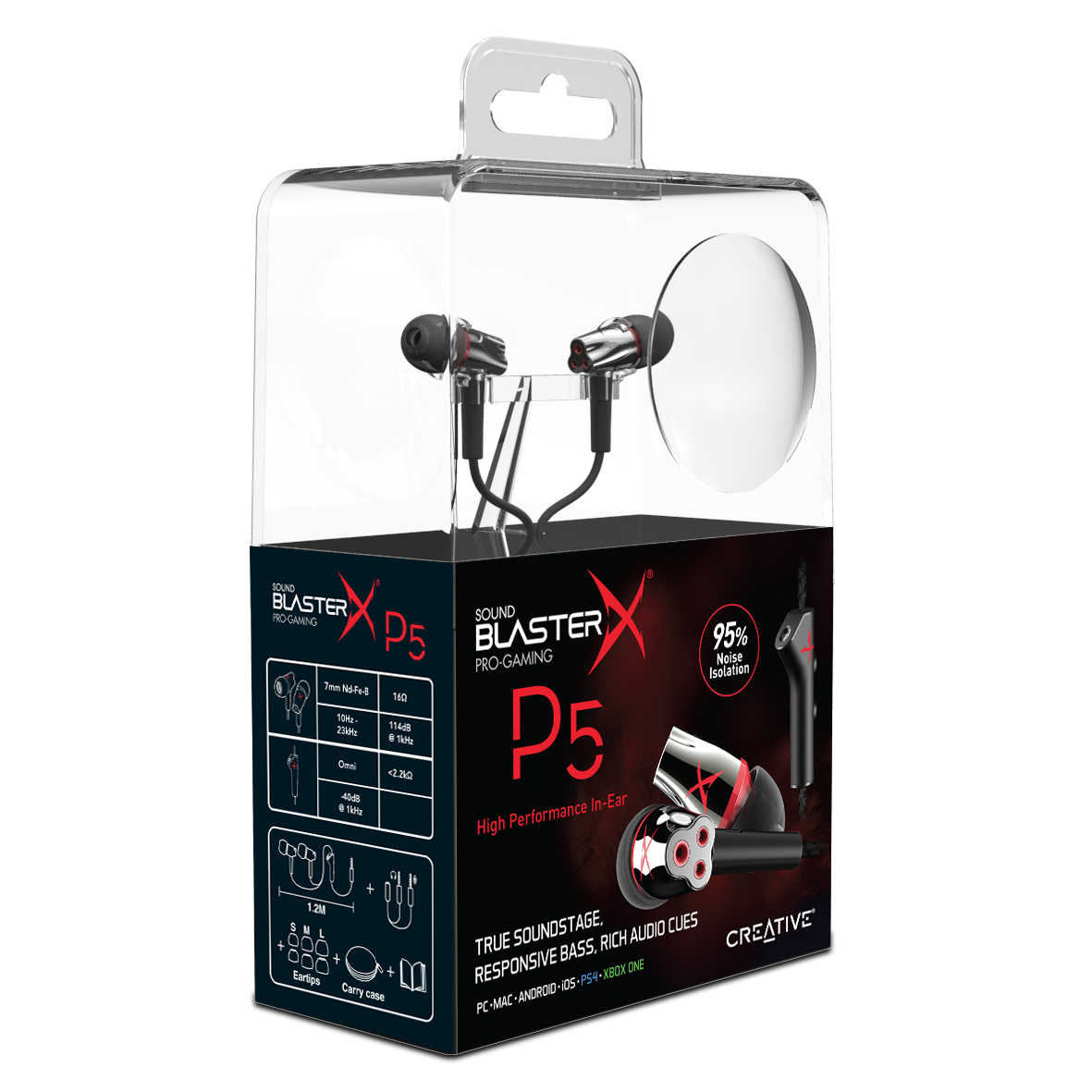 The 3.5mm connector is perhaps the most standard part of the whole package, a simple straight 4-pole connector that plugs easily into smartphones as well as modern laptops and consoles. An adapter is also provided, which splits the connection into two 3-pole 3.5mm tips (one for the headphones, one for the mic) for use with PCs and older laptops.

As well as the adapter, you also get a choice of two additional pairs of ear tips to fit larger or smaller ear holes, and a circular zippered case to keep everything in. The case is fairly capacious (to the point of being a little too large); you could easily keep 3.5mm splitters or other small odds and ends in here, but I usually opted to leave the case behind. 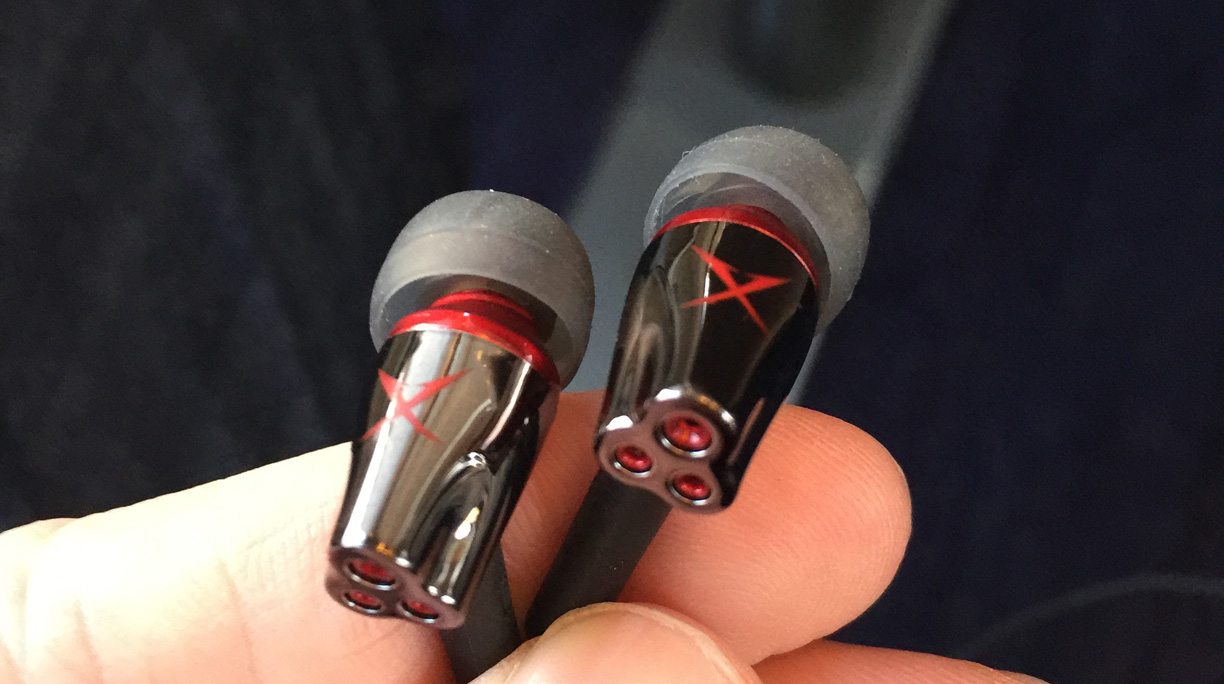 These in-ear headphones definitely have a cool design, and they don’t seem to be too short on features either. Next we’ll briefly take a look at the software, before moving on to our ears-on impressions.

The headphones can be used out of the box with any 3.5mm audio device, but you can also install the Acoustic Engine software on Windows PCs to customise the soundscape and utilise some additional features.

The software is free to download online, although it does require submitting your email address, getting a serial code and then sticking that code into the downloaded application. That seems a bit much for a free PC download, and I’d like to see Creative move to a more usual direct download in the future. 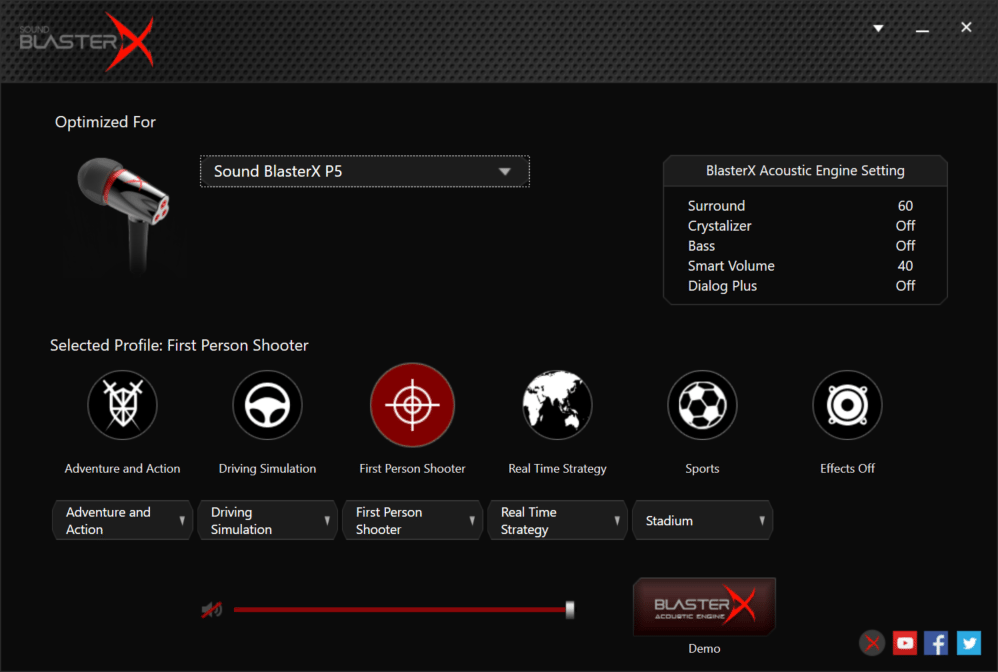 The Acoustic Engine provides a sextet of genre-specific audio profiles, designed to increase performance in games. In general, I prefer minimal audio processing just to ensure that latency is reduced, but it’s nice to have the option to play around with these effects. If you have a hard time picking up footsteps in a shooter or hearing your teammates in a co-op title, this could be a good shout.

The P5 sounds quite good for a set of in-ear headphones, even if they’re not quite ‘audiophile’ grade. The balanced soundscape makes sense for competitive gaming, although gamers that prefer a more cinematic experience will likely prefer on-ear headphones or surround systems that provide more bass. Highs and mids are well represented here, and I generally found it easier to listen for enemy footsteps in Counter-Strike than with other in-ear headphones.

The headphones also provided a good fit once I swapped out one of the tips, blocking out a lot of background noise and allowing me to play games even in a fairly noisy environment. This aural isolation ensured that the headphones could give the best possible account of themselves, without being tinged by background noise. 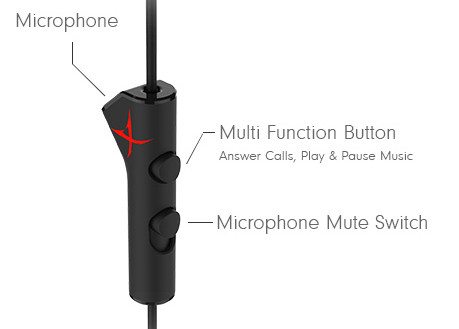 Using the P5’s microphone was a less than stellar experience, however. Teammates reported I was quiet a lot of the time, and even after some time tuning I wasn’t happy with the results. It’s hard to be too harsh on the P5s for this; a mic embedded in an in-line remote is always going to struggle against a boom mic on a full-size headset, but it’s worth keeping in mind. I eventually switched back to using my webcam’s mic, and you may need to do the same.

The P5 was a reasonable choice for listening to music on a smartphone, although songs with a lot of low-end grunt didn’t come through as strongly as I’d hoped. Still, the mid and high-end frequencies came through better, and ultimately for £60 it feels like you get what you pay for with the P5.

The headphones are quite convenient to use; just plug and play. The use of an adapter for PC setups is a little annoying, but it does allow for a more compact package when travelling with a smartphone or tablet, and that makes sense. 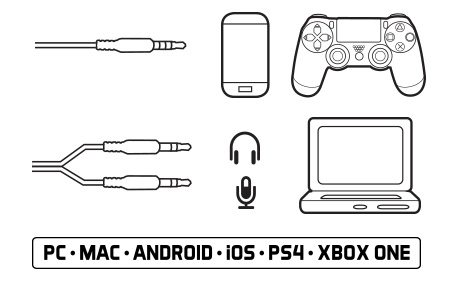 The cables could be made a little more tangle-resistant (perhaps with a flat cable instead of a thin braided one), but overall it isn’t a massive issue.

The in-line remote is a bit sub-par compared to most smartphone headsets; I would have appreciated a way to quickly skip tracks and adjust the volume. Instead, pressing on the multi-function button only succeeded in activating Siri in a quiet train carriage; not what I had in mind!

The Sound BlasterX P5 is a good choice for gamers that are looking for a quality set of in-ear headphones without spending too much. While it’s quite possible to play with in-ear headphones that cost far less, you should be able to notice the difference in aural clarity, and that could well translate into better in-game performance.

On the 23rd of July, I became a pro gamer. At a BenQ press event, I defeated a field of a few dozen...