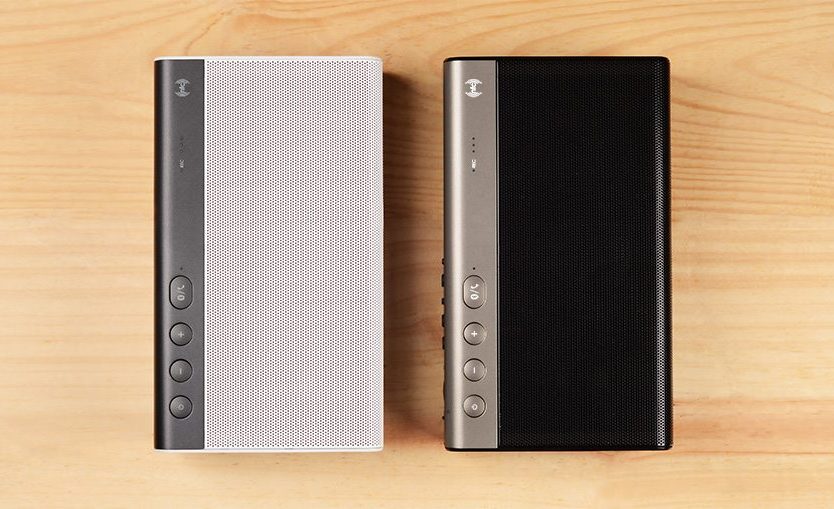 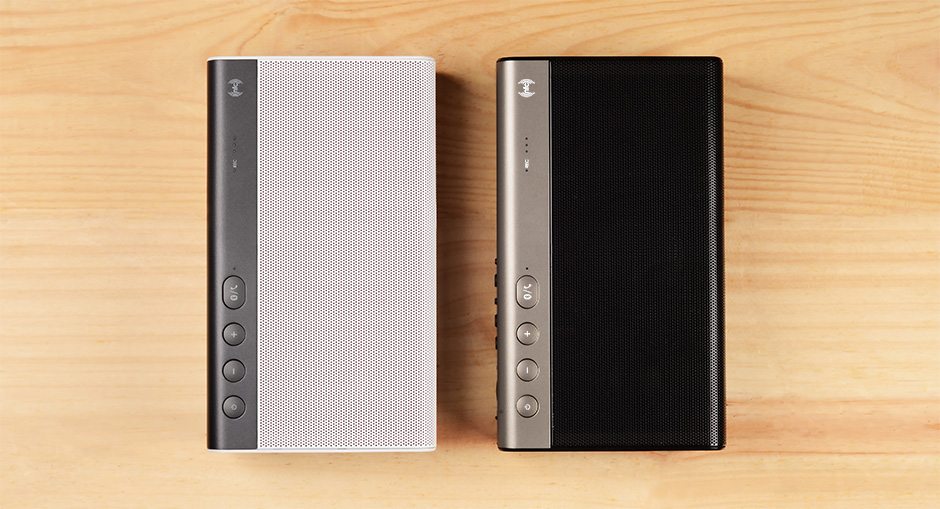 The Roar 2 feels like the result of a bet between engineers: How many features can you cram into a Bluetooth speaker without making it too big, complex or expensive? Creative’s engineers must be excellent, because the Roar 2 manages to fit in a laundry list’s worth into a very small space: voice recording, MicroSD playback, NFC, USB audio, portable charging and a pair of bass modes. It’s a pretty incredible package; take a look!

Unlike most Bluetooth speakers on the market, unboxing the Roar 2 gives you a bit of a thrill. You have so many new possibilities ahead of you, beyond just listening to music — you could record a meeting, listen to music from a Micro SD card, or charge your phone. The Roar 2 delivers sonically as well, with faithful, neutral reproduction and more bass available at the tap of a button. With recent price cuts that take it far from its £150 RRP, the Roar 2 is well worth considering. 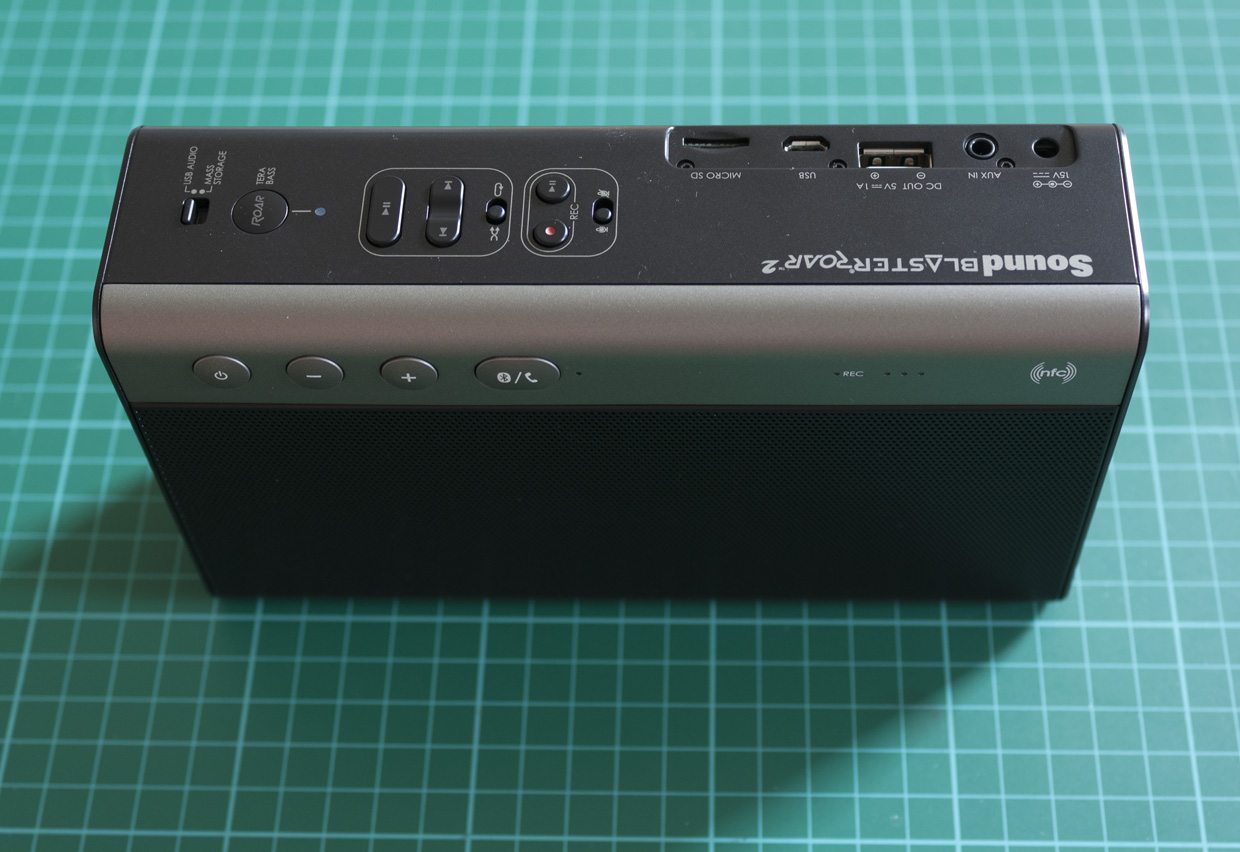 Creative’s Roar 2 is sleek and stylish, with a classic look largely rendered in aluminium with rounded corners that make it comfortable to hold. It’s available in white/grey and black/silver colourways. 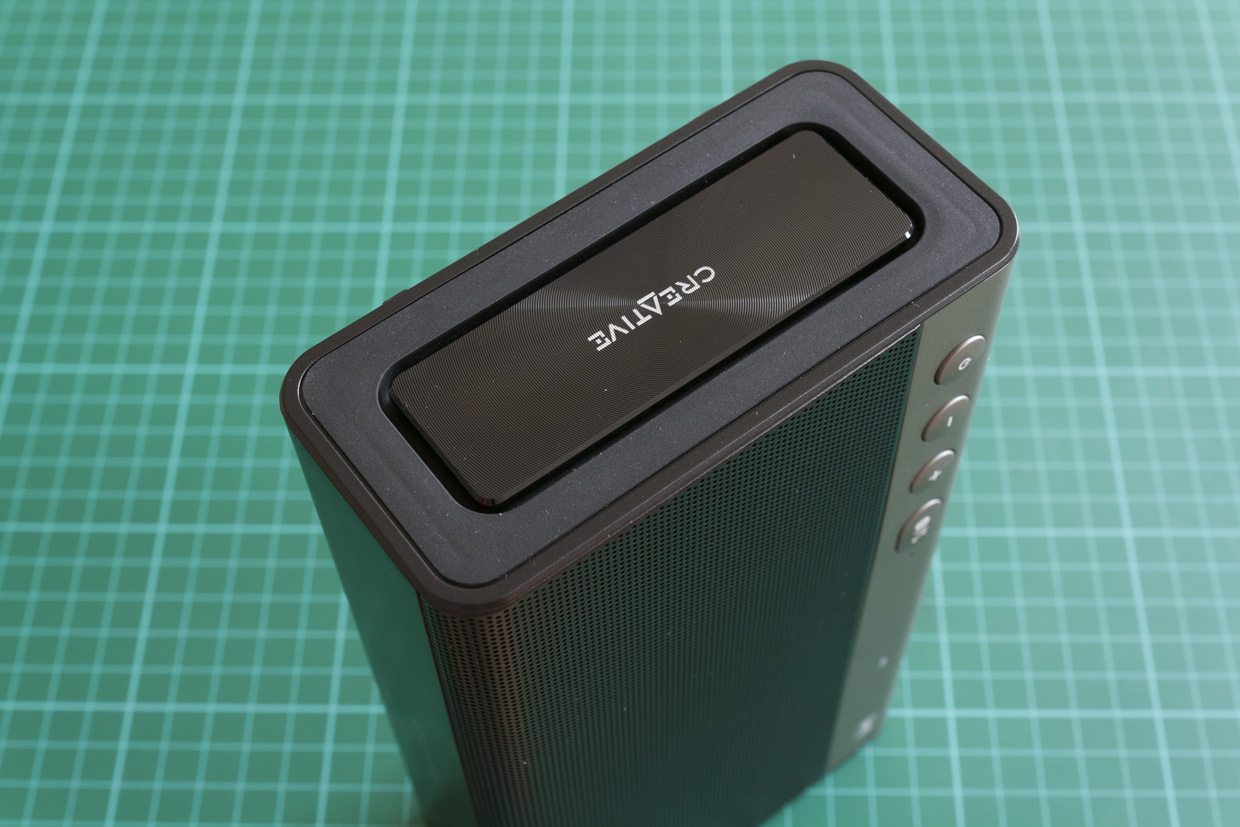 The Roar 2 sports five drivers in all, including two tweeters, a subwoofer and two passive radiators which wobble convincingly during playback. These are driven by two amplifiers, one for lows and mids, and the other for high frequencies. 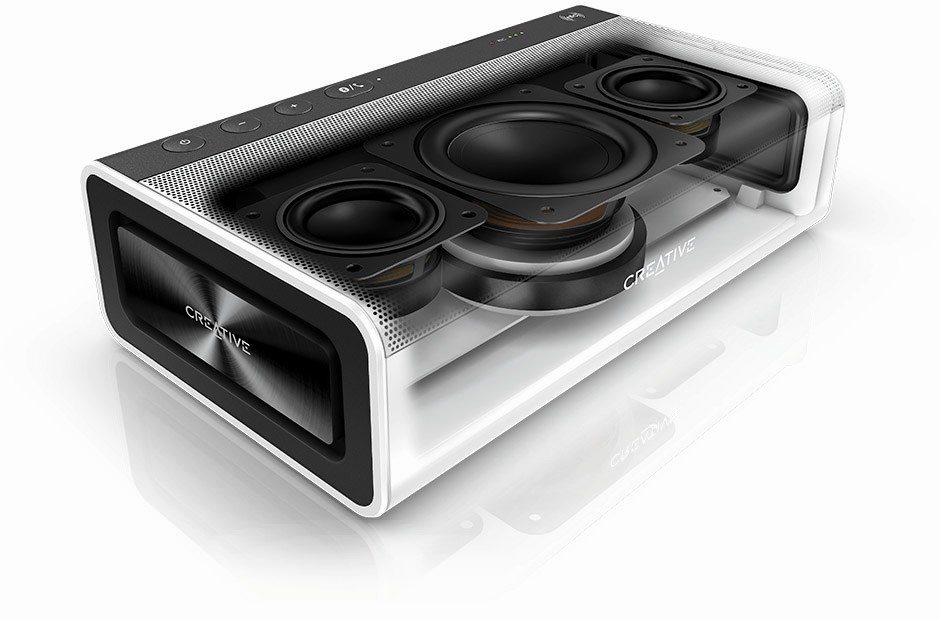 The front of the Roar 2 reminds me of an amplifier, particularly in the black and silver colourway we’re testing. There’s a row of tactile buttons running along the top left, with LED indicators on the right hand side. The NFC chip is also embedded in the upper right of the speaker. The rest of this face is a fine grille which protects the drivers beneath, plus a mic hidden near the bottom. 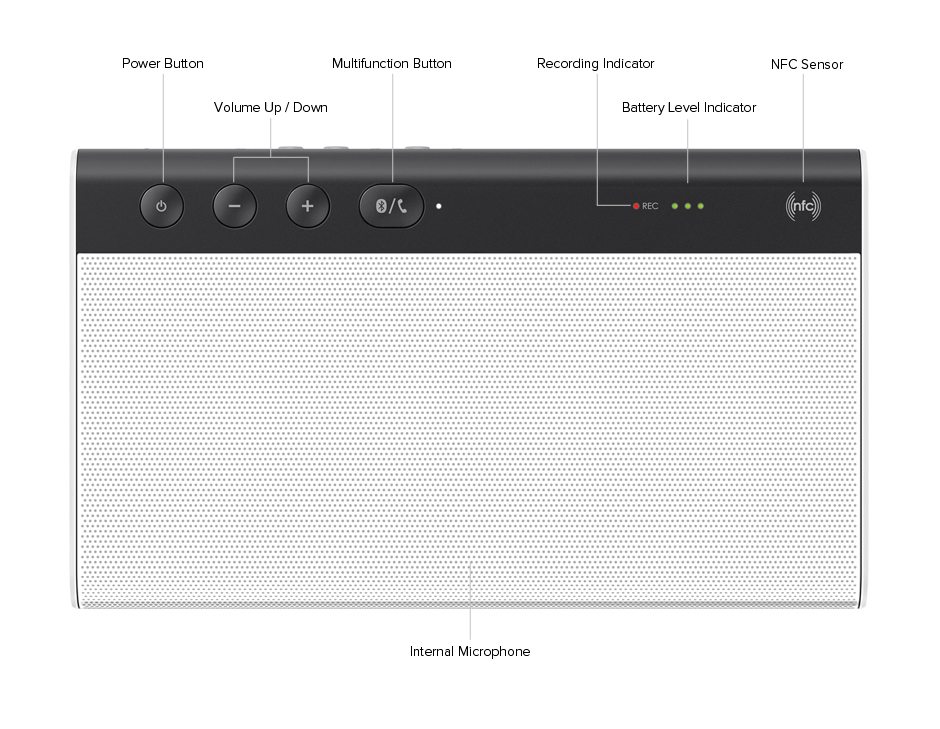 The top of the Roar 2 is where things get crazy. There are a ton of ports, buttons and features here, so let’s break them down. First, on the left, we have a choice of power inputs; DC and Micro USB. You can also power other devices, like your phone, using the full-size USB port. 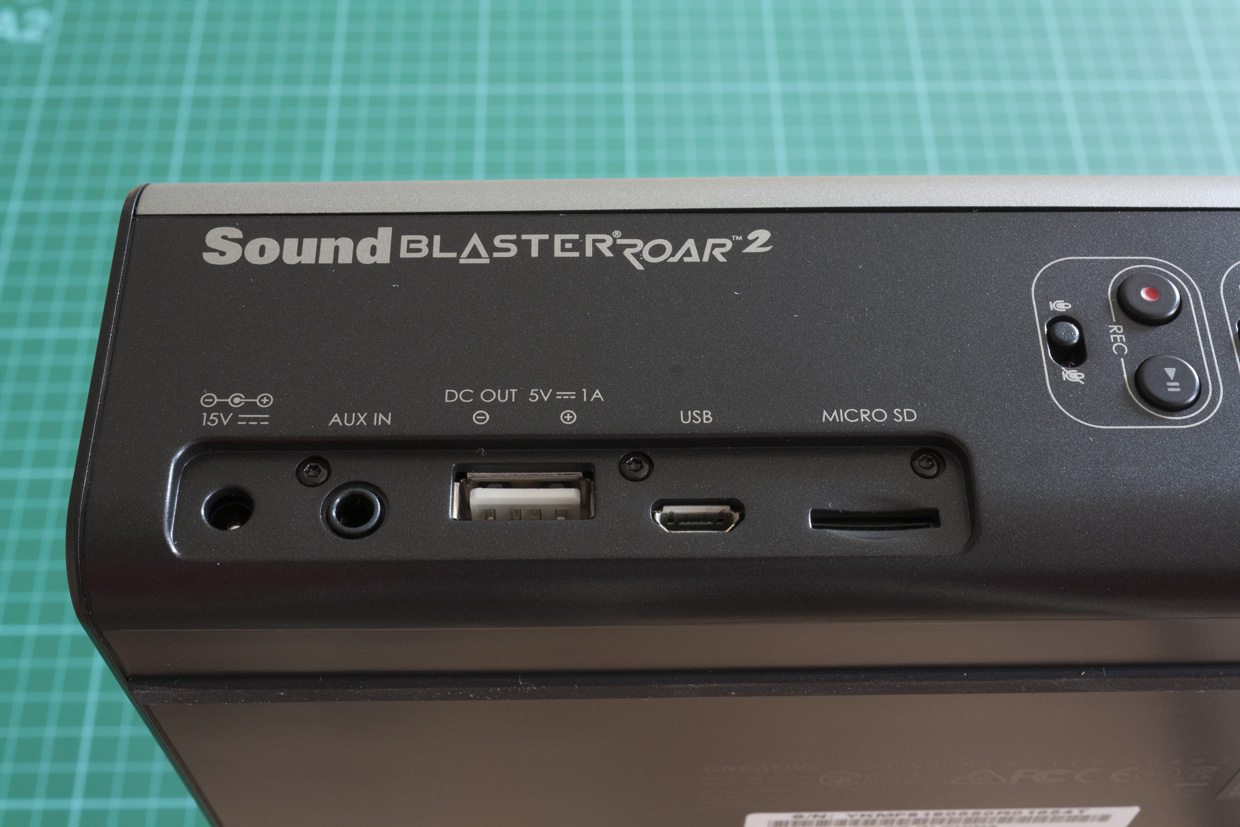 When it comes to audio sources, you have four options: Bluetooth (obviously), 3.5mm, direct playback from a MicroSD card and using the Micro USB port to connect the Roar 2 as a USB audio device.

We’re still not done. There are a trio of controls for voice recording, allowing you to start recording, mute or unmute the microphone and play back what you’ve recorded. Next to this are playback controls, which work for songs played off the Micro SD card. 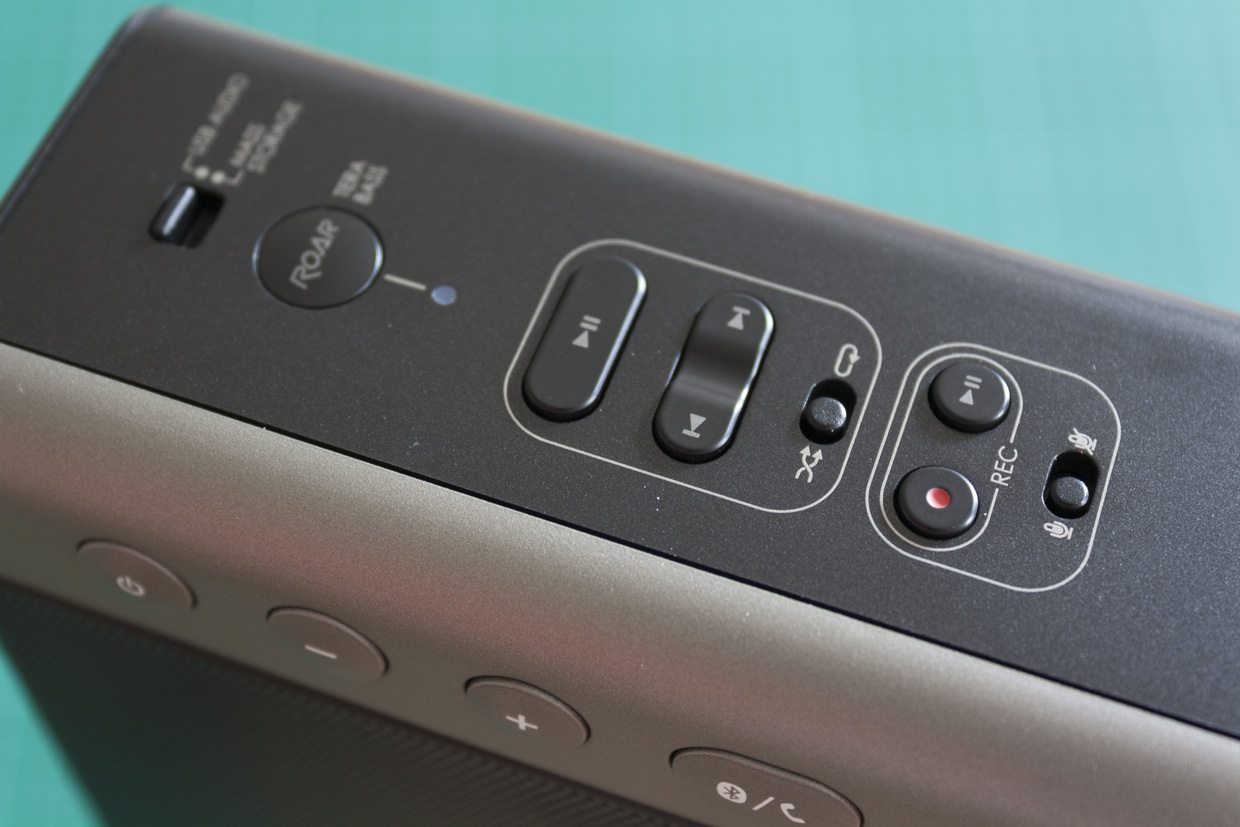 Finally, we have a button which switches between regular, Roar and TeraBass modes, and a switch that affects the behaviour of the speaker while it’s connected to a PC over USB. You can either use the speaker as a USB audio device or as a Micro SD card reader, making it easy to transfer songs to play later. 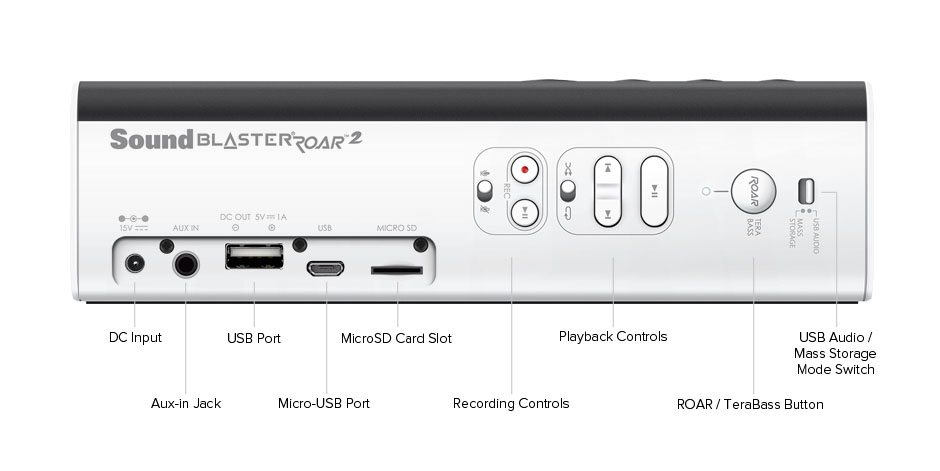 We used the Roar 2 for a period of two weeks. Most listening was done over Bluetooth with a variety of smartphones, but additional sessions used the 3.5mm, USB and micro SD card inputs as well. 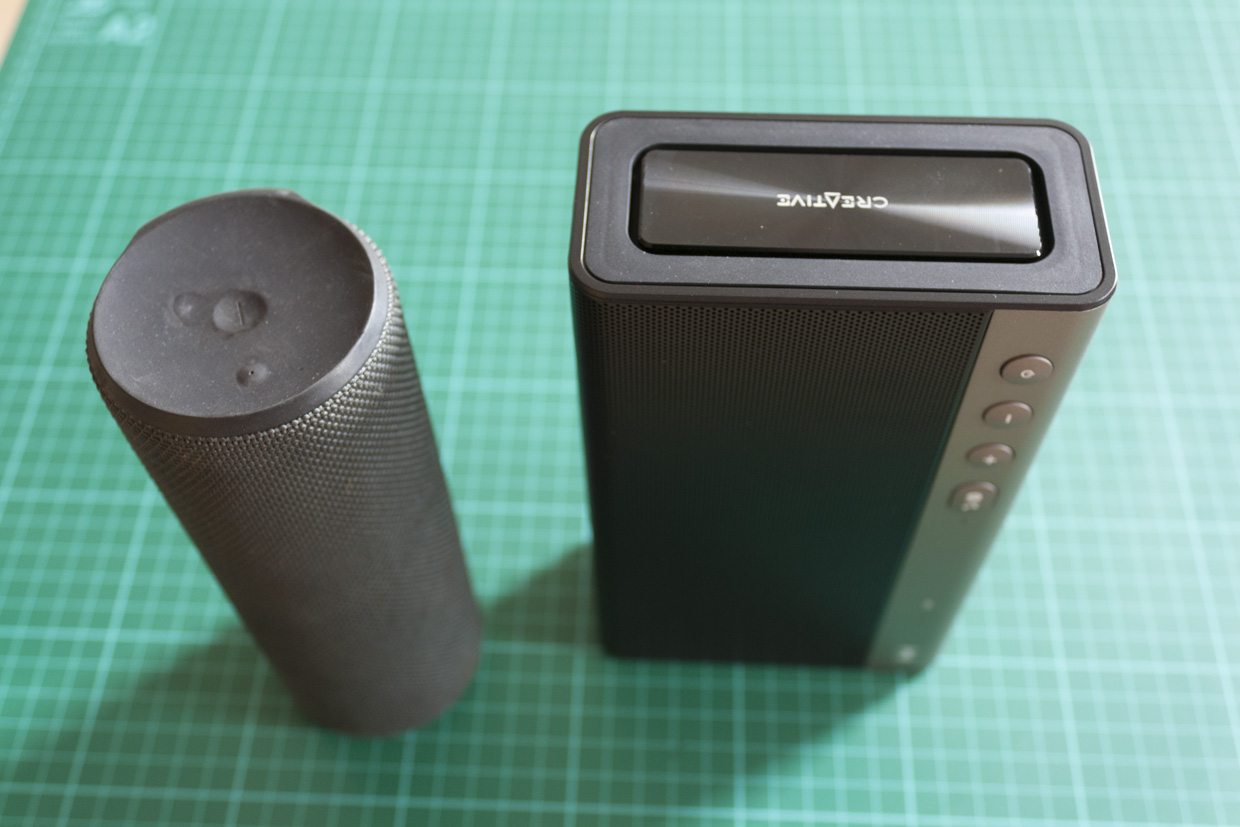 The Roar 2 isn’t the best Bluetooth speaker we’ve ever listened to — that honour probably goes to the UE Boom 2 — but it’s pretty close. Its reproduction is quite faithful, with pronounced mids and none of the awful bass boosting that defines crass, low-end speakers. There’s depth, character, richness to this sound. Given the small size of this speaker, it’s a pretty impressive performance. 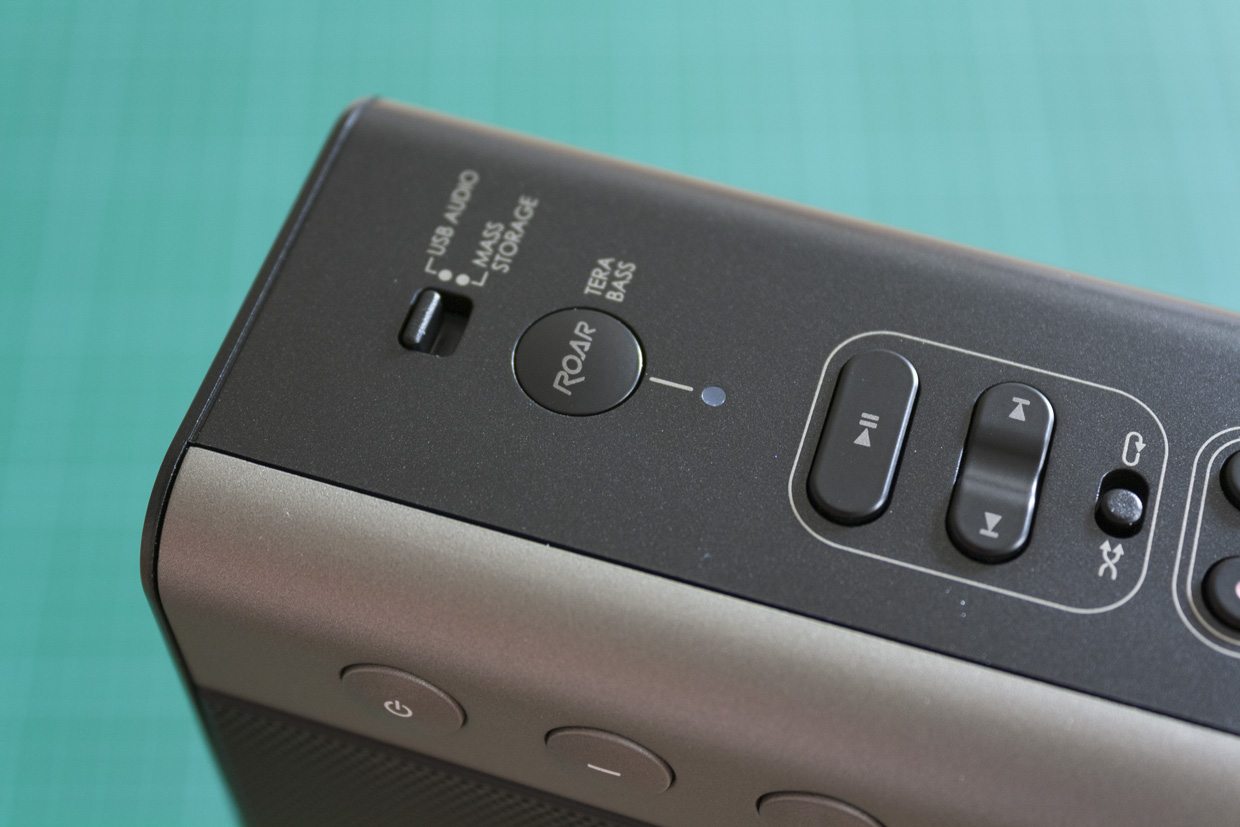 The TeraBass and Roar modes lived up to their namesakes, with small but perceptible effects on the music being played. TeraBass provides a little more low-end thunder, while Roar makes everything a little louder. These are good for filling a larger room, but not particularly necessary when listening by yourself. 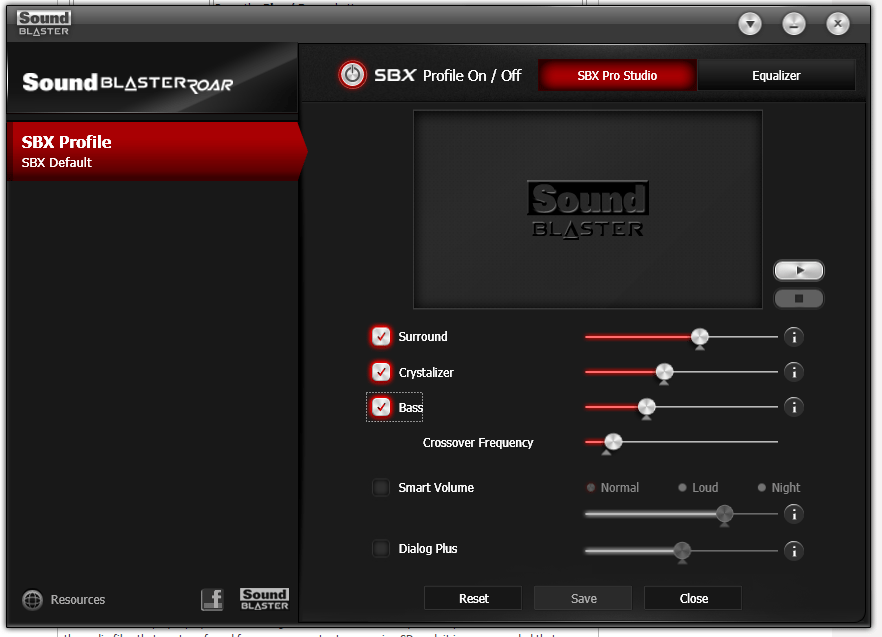 There are a lot of features to cover here, so we’ll do each one separately. 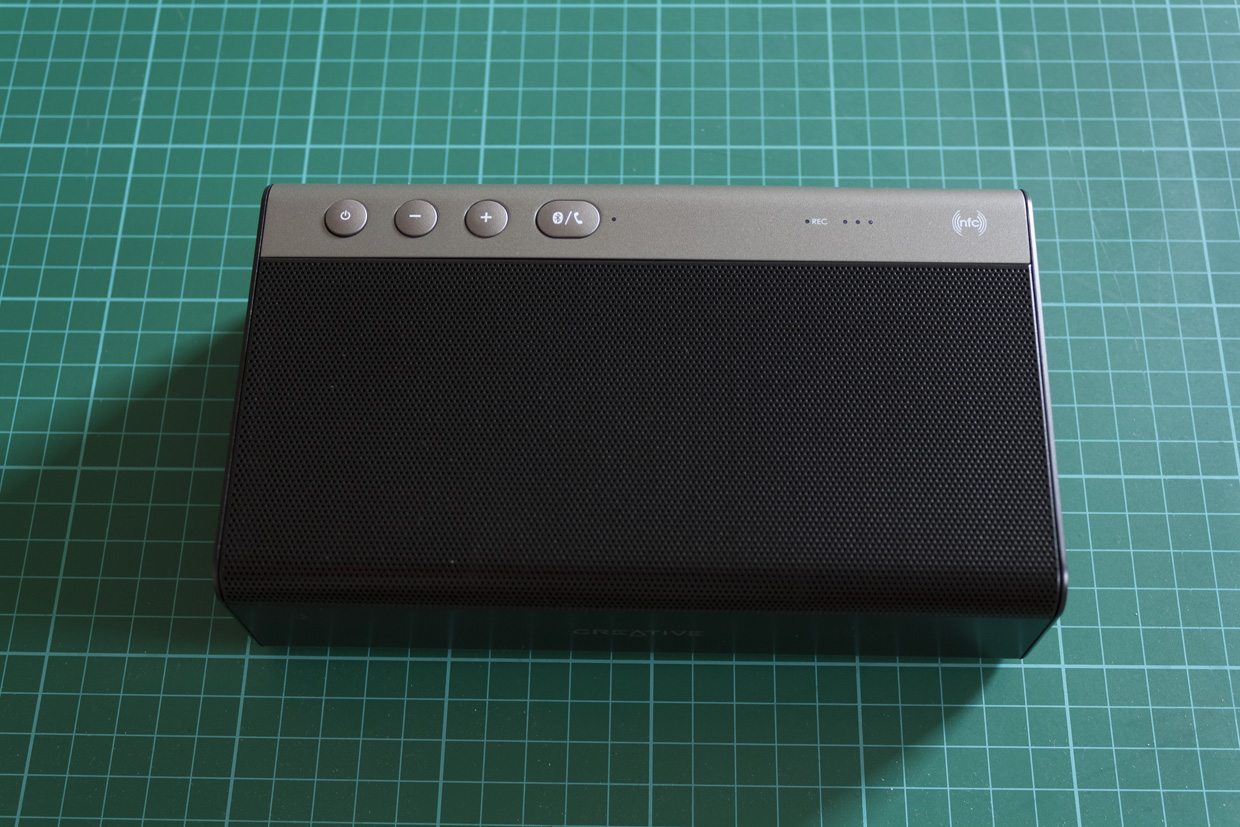 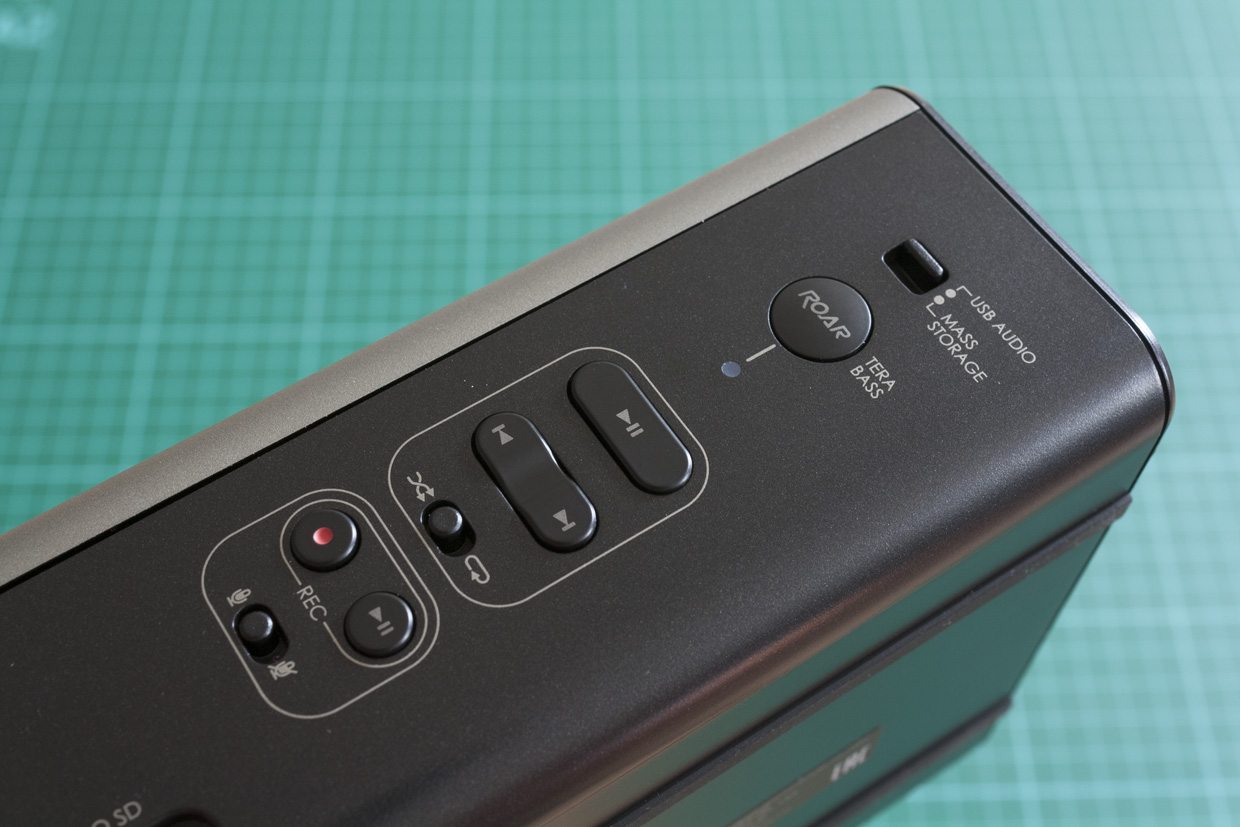 In general, the Roar 2 delivers on what it promises, with a box-load of features that are well designed and work well. They do make the top of the speaker a bit busy, but I think that works well with the guitar amp aesthetic. Anyway, these extra features are easy to ignore if you don’t want to use ’em.

Creative are onto a winner here with the Roar 2. It doesn’t offer the outright best sound from a Bluetooth speaker of this size, but it delivers absolutely everywhere else. It looks great and feels durable in the hand, it’s imbued with half a dozen useful extra features, and of course it sounds stellar as well — nice and balanced with the capacity to fill a mid-size room. If you’re looking for a Bluetooth speaker that will surprise and delight you, the Roar 2 should be at the top of your list. 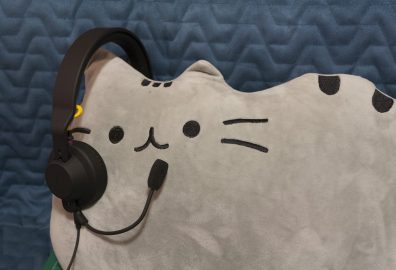 The Fnatic Duel is something special: a modular gaming headset. That means you can set it up as a lightweight... 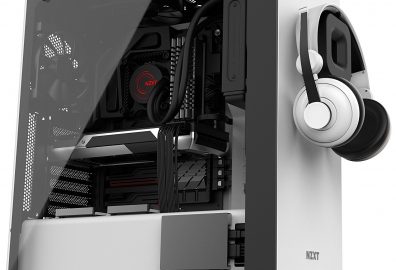 The S340 Elite is an upgraded version of NZXT’s mid-tier S340 PC case, with a few extra features ideal...