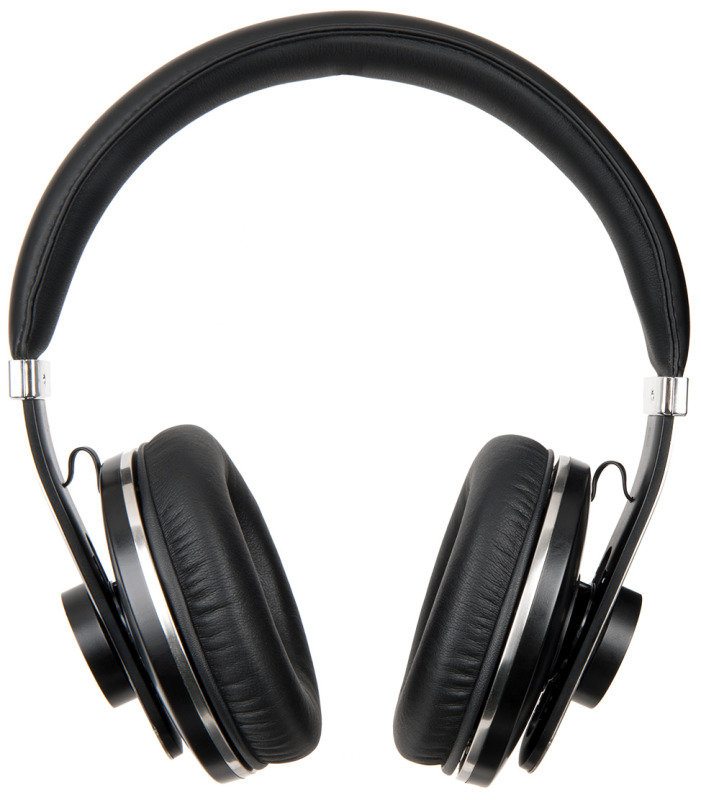 Today we’re taking a look at another piece of affordable gaming gear, courtesy of Ebuyer. These are the Sond Audio H6 on-ear headphones, which retail for £60. That’s a good price for a set of on-ear headphones, so we’ll be looking to make sure that not too much was sacrificed to reach that price point. If the quality here is reasonable, we could be looking at a great budget option. Let’s get started!

Inside the box, you’ll find the headphones in a simple but effective plastic mould for safe shipping, a 1m micro USB charging cable and a small user manual. It would have been nice for a cloth bag or something to have been included, but that’s OK. 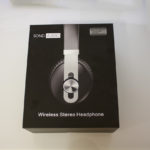 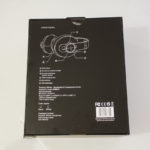 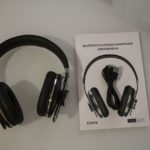 The headphones are quite respectable-looking for their £60 price point, with a leather-style headband with SOND AUDIO printed on the upper side, metal brackets on the side, and metal-covered plastic for the lower part of the headphones. They have a good weight to them (although it’s entirely possible this is down to the inclusion of non-functional components, a la Beats). 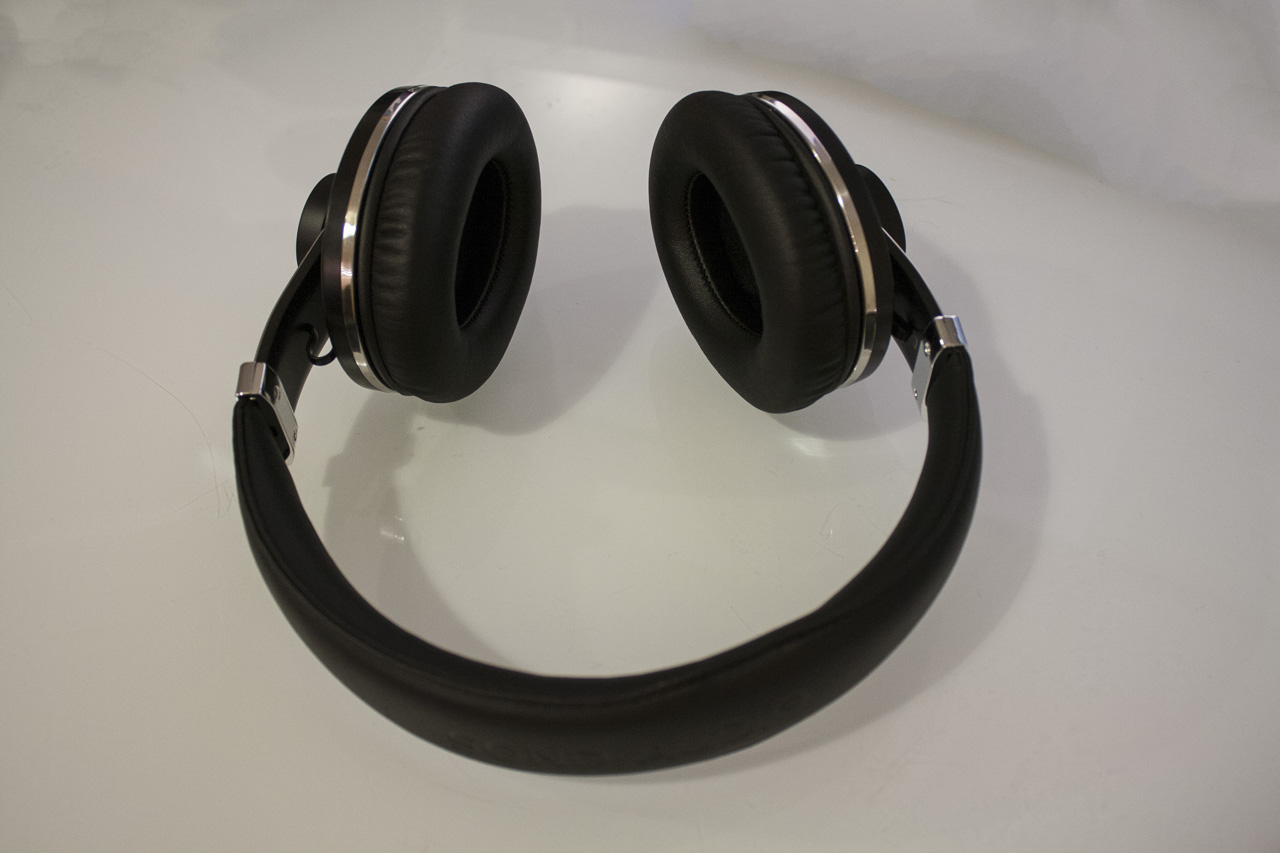 There is a brushed metal dial on each side, which is a multi-function button on the right and a nonfunctional replica on the left. The button has a pretty standard array of functions: press to play/pause, long press to turn on/off, longer press to enter pairing mode. You can also twist the dial, letting you skip songs (turn and release) or adjust the volume (turn and hold). It’s a sensible system well-implemented, although it’s easy to accidentally press the button when you’re handling the headphones. 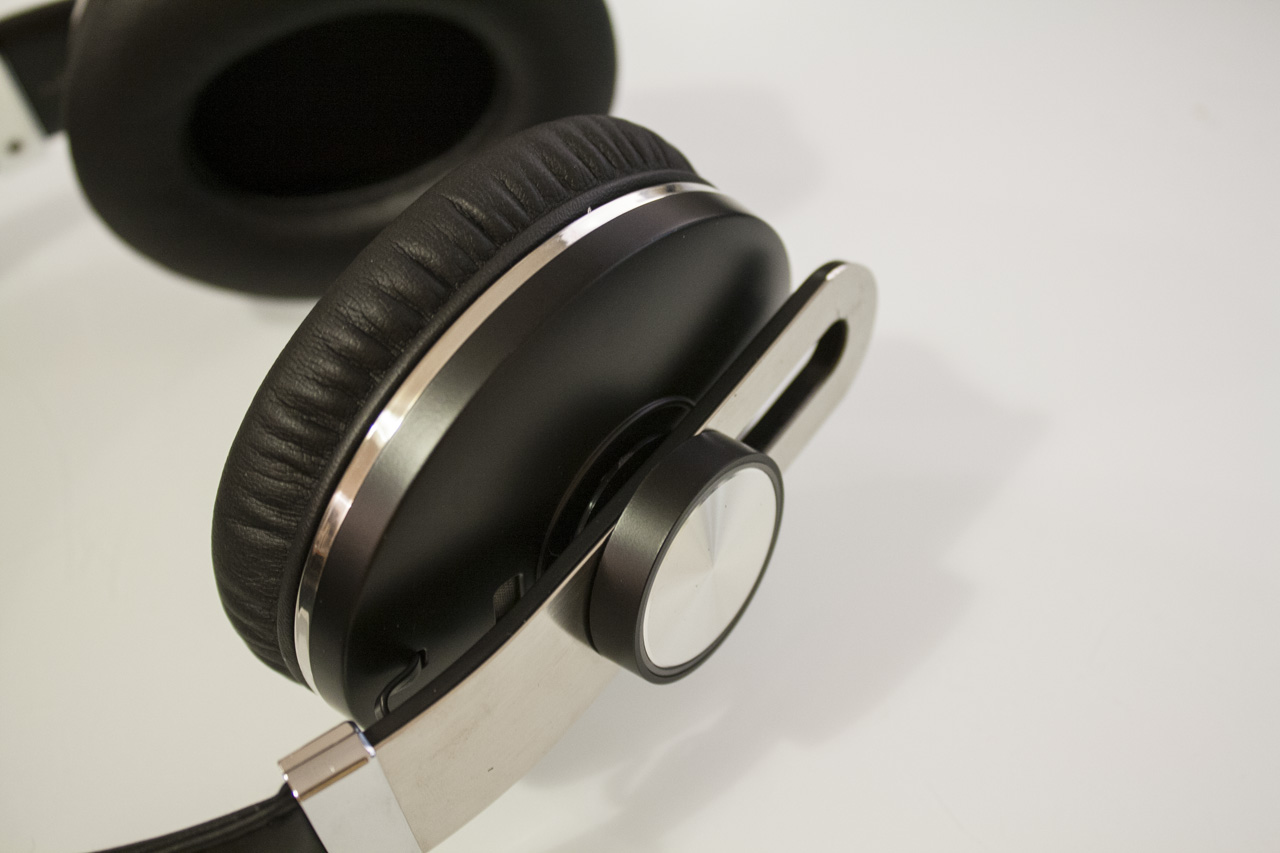 The dials also can be shifted up and down to adjust the fit. The cups are medium-sized, sitting on but not around your ear. The only oddity are wires leading from the cups to the inside of the headband. This looks a bit shabby, and seems an obvious point of failure. 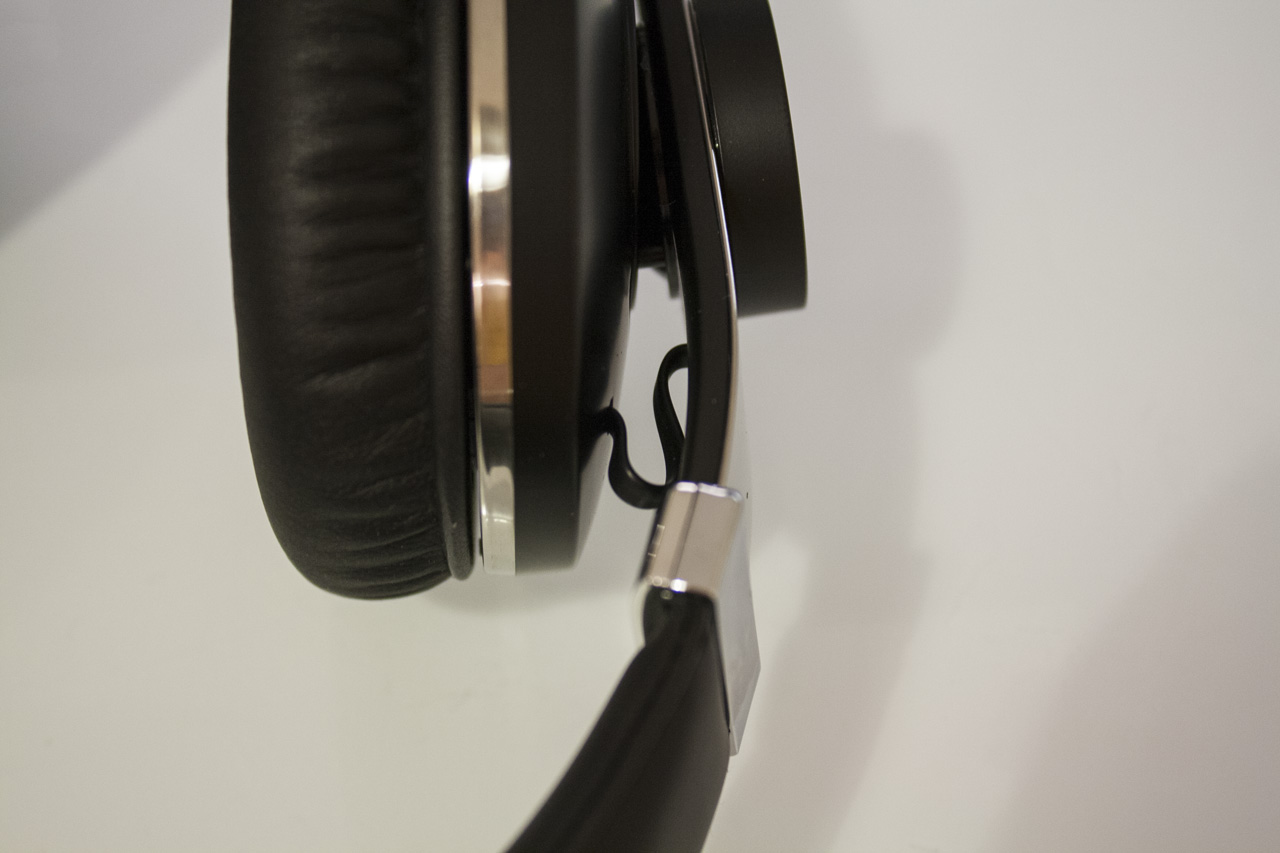 On the whole though, these are good looking headphones that you’d guess were at least moderately powerful. There is no easily-visible branding on them either while worn, which works for me… I ain’t wearin’ no Beats.

I used the H6s for a period of about three weeks, trying them out for listening to music, mobile gaming and even PC gaming. I work from home most of the time and so can play music from speakers if I like, so the majority of my testing took place to and from client’s workplaces on the train.

The first thing that I noticed was that the headphones didn’t leak audio as much as I had expected; even at over-loud volumes the gentle din of the train was more than enough to render the headphones inaudible when around my neck. That’s definitely handy for public use, particularly if you like weird music. 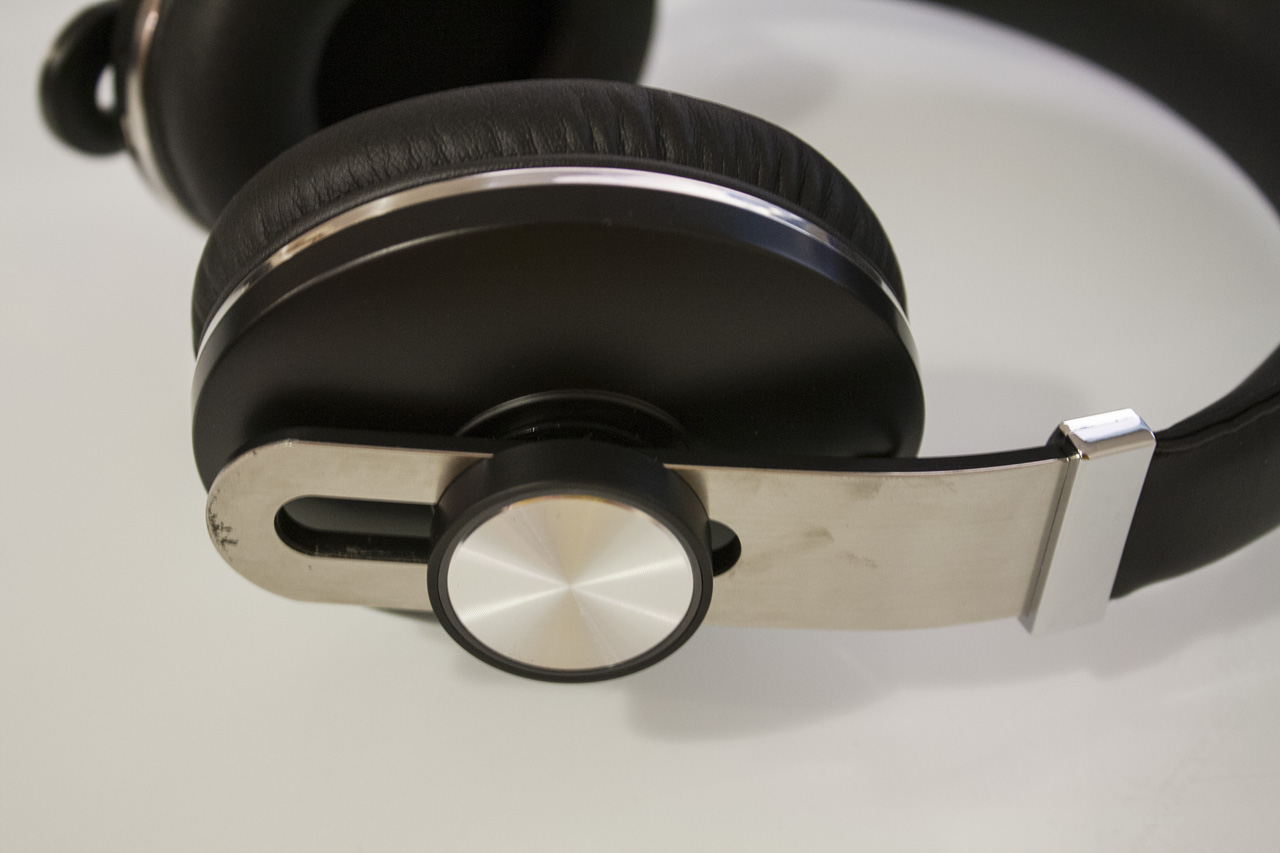 The H6s produced reasonable sound for most genres, with solid mids and clear high notes. The bass response was a bit lacking, but that’s forgivable. Rock, like Silbermond’s Himmel Auf, came through with appropriate gravitas and didn’t sound distorted even at break-ear volumes. Bassier fare – like Daft Punk’s seminal hit Around The World – was a little disappointing, but certainly beat out my usual in-ear headphones. I’m a big K-Pop fan, and these bright tones certainly came across well in songs like Oh! by Girls Generation and Would You Like a Cup of Tea? by Hello Venus. 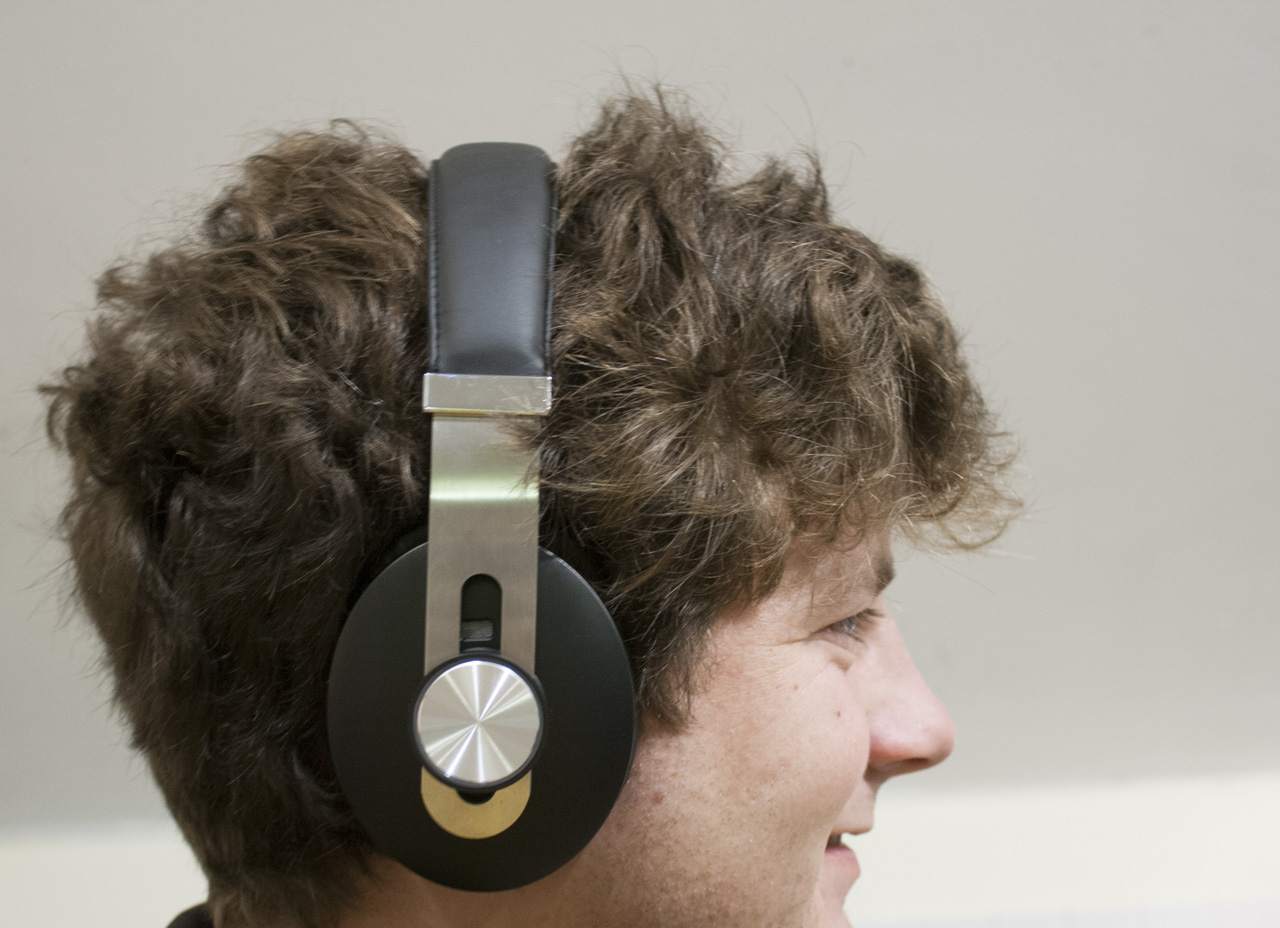 The sound throughout was a bit muddy; I’m not sure whether it’s an artifact of the Bluetooth connection, the music source or the headphones themselves (although I’d guess the latter). If the headphones included a 3.5mm jack I would have been able to tell, but sadly this wasn’t included. That also meant that once the batteries were dead, I was done until I recharged them again; I couldn’t merely switch to a passive wired mode. I also faced issues with the Bluetooth connection a couple of times, with the sound breaking up even with the phone a metre away in my pocket. This was never a lasting issue though, and I suspect it speaks more to the beta software on my iPhone than the headphones.

I felt comfortable throwing the H6s into my bag (onto something soft, I’m not a psychopath) without worrying about them, although I was a little concerned about the exposed wires connecting the cups to the headband. Still, during my testing I had no unhappy accidents here, and the headset remains in good condition. Battery life also didn’t let me down, with a solid 12 hours of use before a recharge was needed; the headphones also recharged rapidly from a portable battery pack. 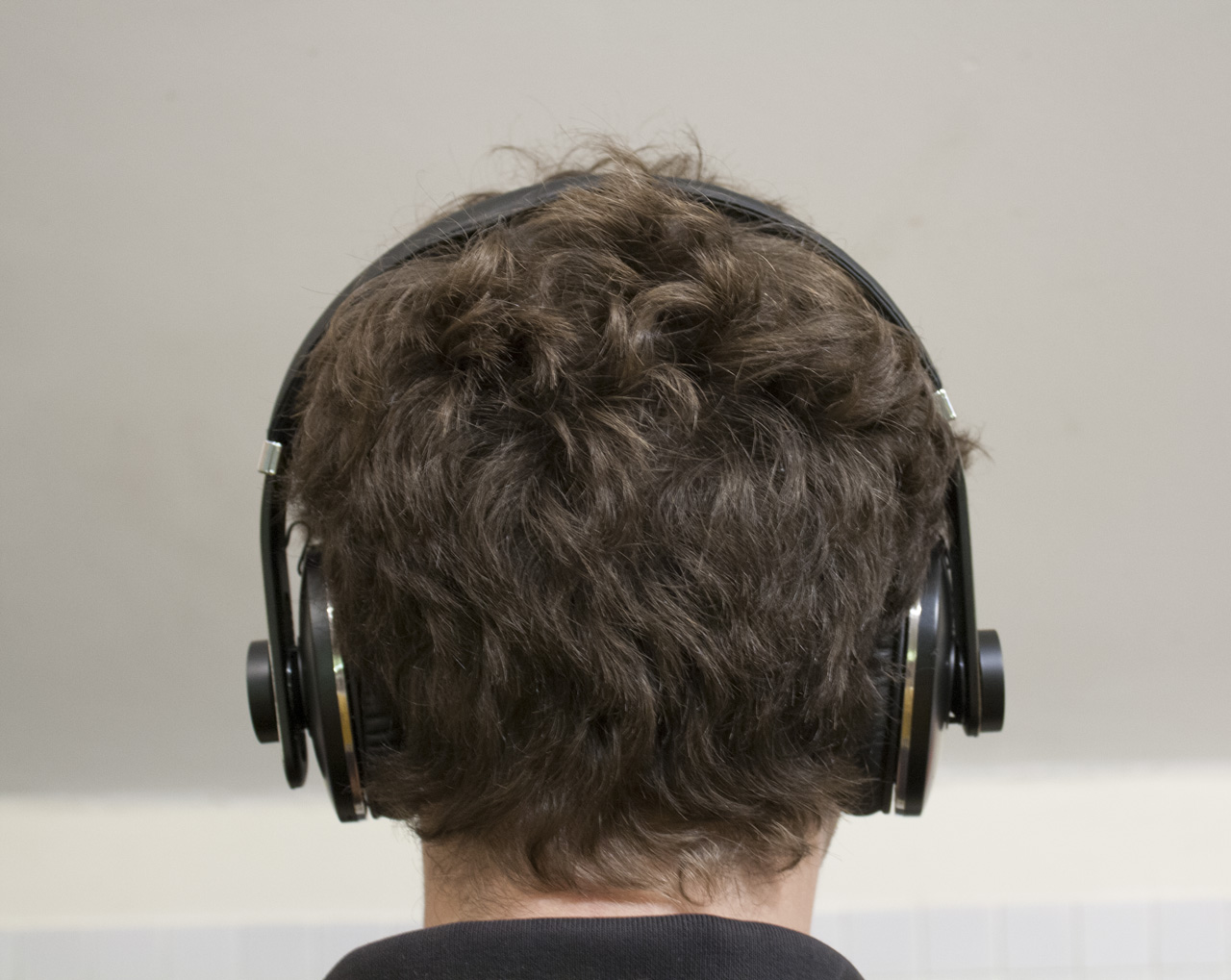 The final test for me was comfort – and here the H6 headphones didn’t do as well. The headphones were initially quite comfortable, but after a couple of hours of writing I found my ears quite sore. I often find headphones uncomfortable though, and those of you with differently-shaped ears and greater tolerances may find them perfectly OK.

The Sond Audio H6 are a mixed bag, then. The sound quality is reasonable, but a bit muddy for a full-size set. They are perfectly fine to use in public – no sound leakage – but I found them uncomfortable after a few hours of use. They’re quick to set up and relatively stable over the Bluetooth connection, but there’s no wired fallback available. They look comfortably mid-range, but the button rattles a bit in the hand and the unprotected wiring seems destined to fail eventually. There’s plenty to like here, and if you’re willing to overlook its faults the H6 is a competent set of Bluetooth headphones at a low price.