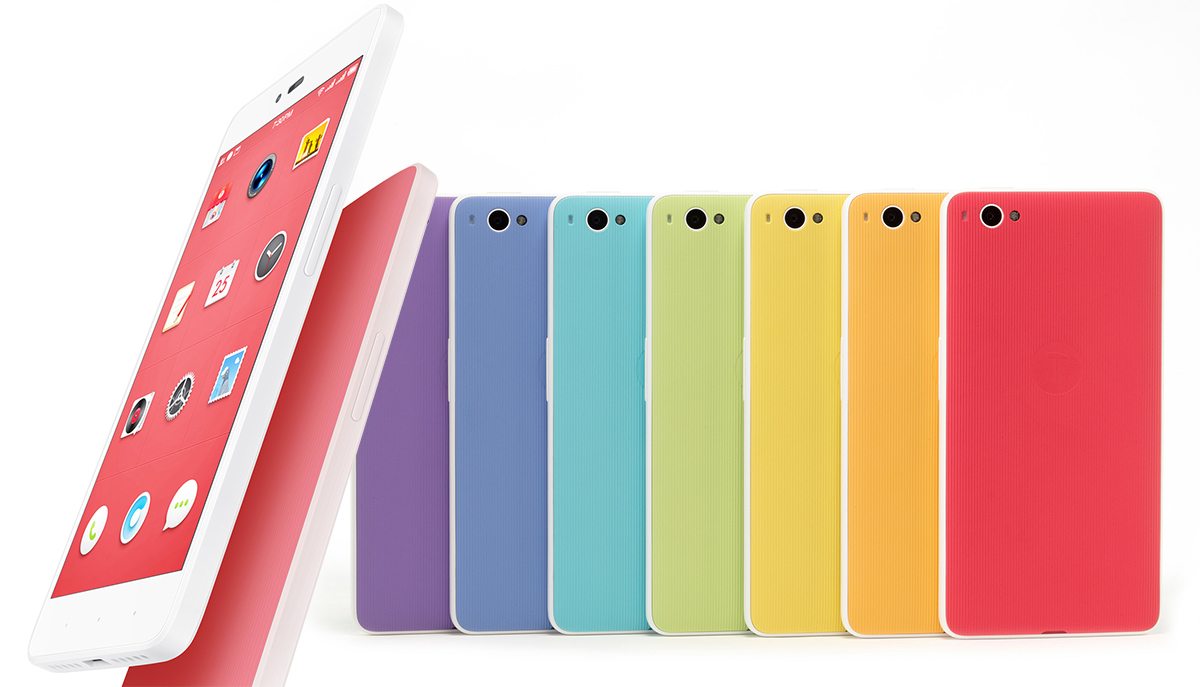 Normally we tend to review the most popular smartphones and tablets; gadgets that most people have heard of or are anticipating. Today we’re doing something a little different – we’re reviewing a little-known phone from a brand that’s just beginning to break into the west. The brand is Smartisan, and the phone is the jianguo, or Nut. At £100 it’s one of the cheapest smartphones on the market, yet it comes with a large 5.5” screen, powerful hardware and a colourful design. It sounds very promising, so let’s take a closer look. 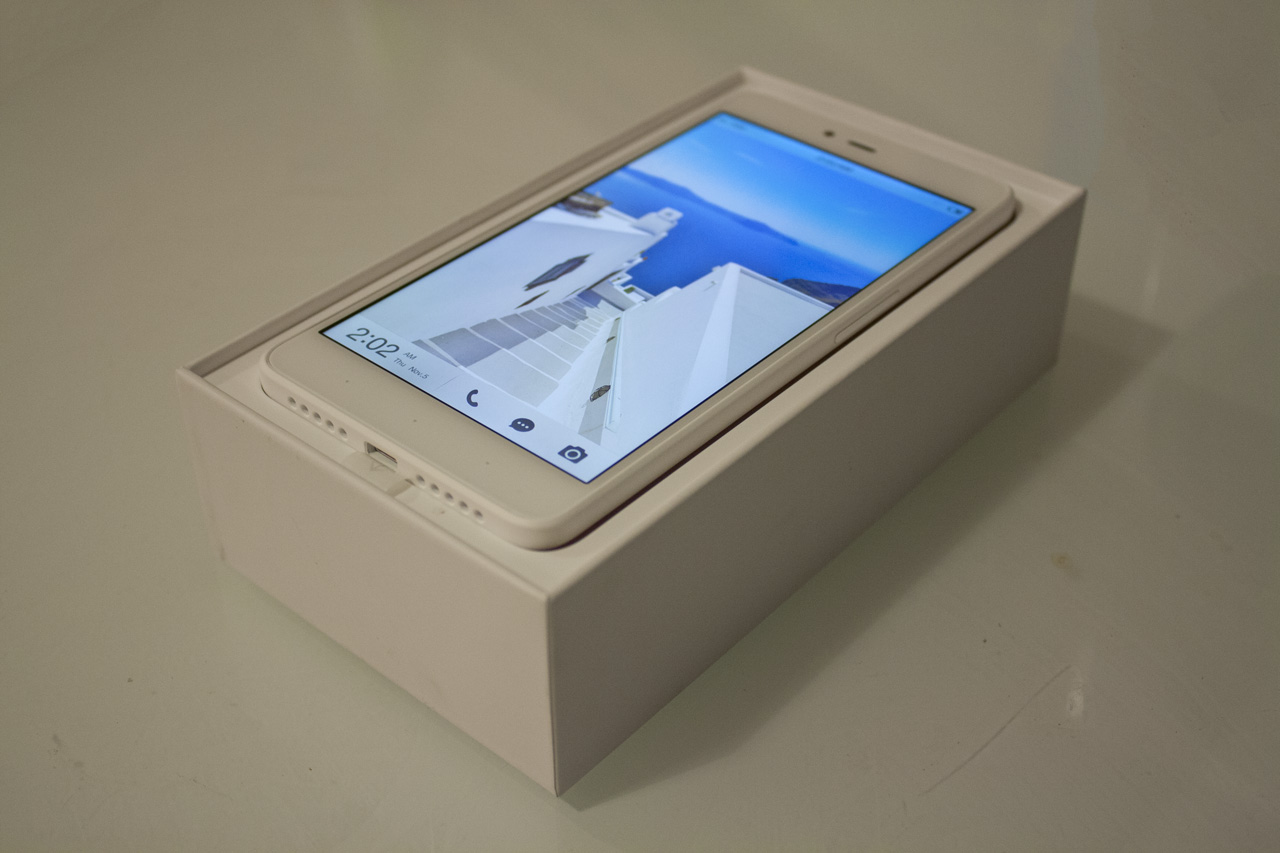 The Nut is a clean-looking phone with emphasis on symmetry and design touches that are a little reminiscent of the iPhone. The phone’s 5.5-inch 1080p IPS display and large top and bottom bezels make it the same size as the iPhone 6S Plus, although it lacks the subtly curved glass edges of that phone.

The white plastic frame is 2mm thicker than the iPhone 6 Plus at 9mm, but it still feels like a thin phone. The build quality seems reasonable, with little flex evident when holding the phone. 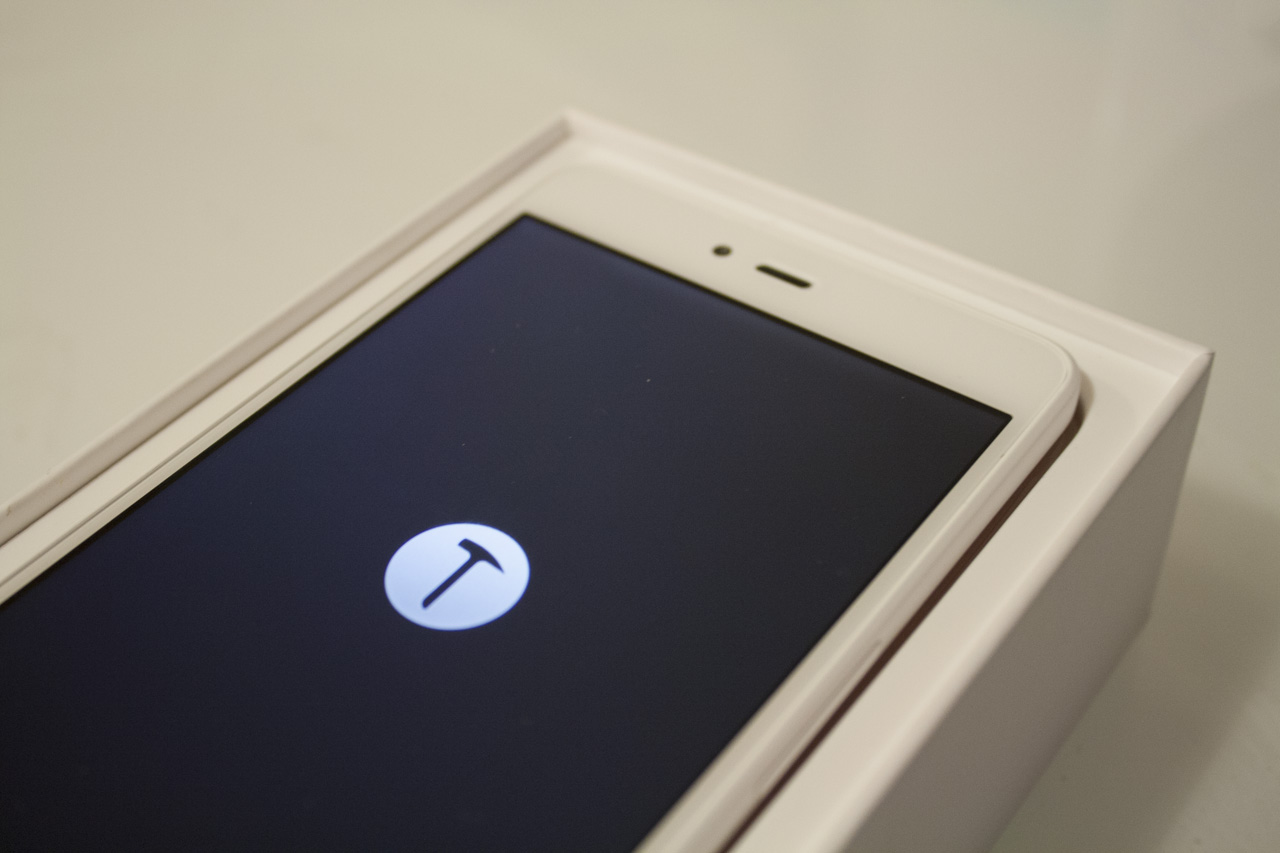 The phone’s mild-mannered facade is redressed by its colourful back cover. Our review unit comes in a fetching light red. 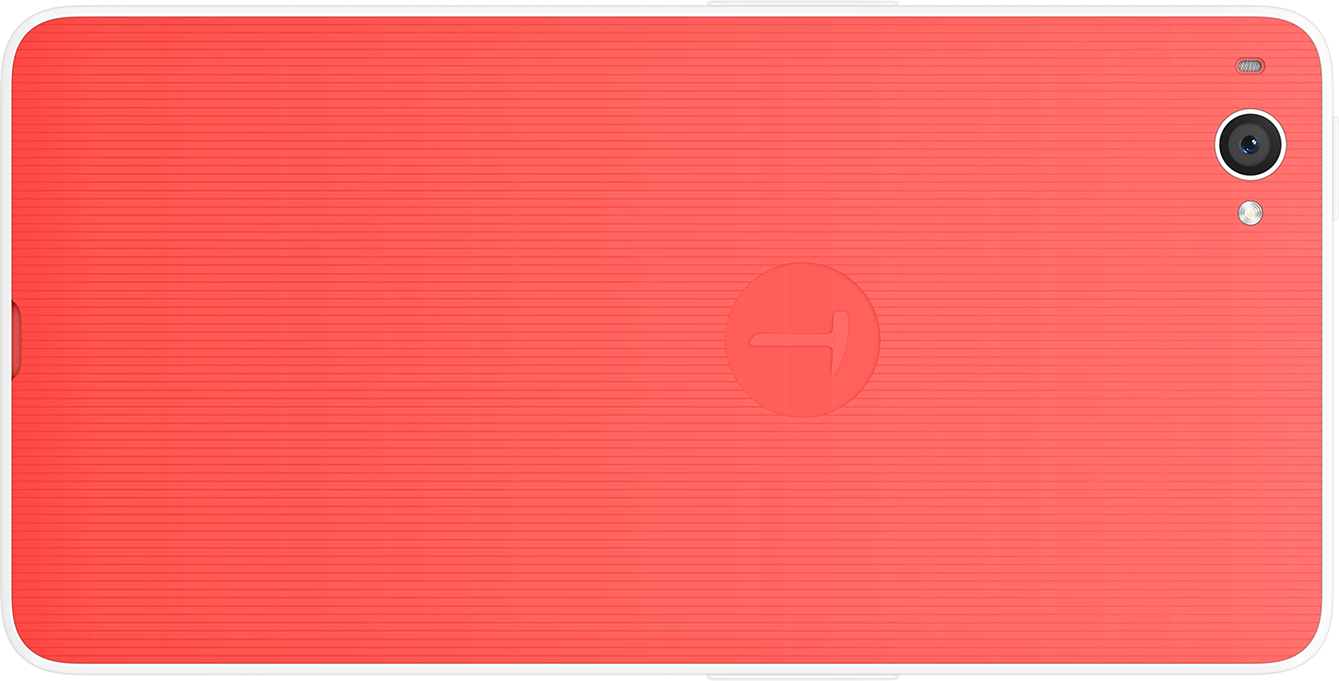 There are about a dozen other options in different colours, as well as regular limited editions in various designs. One nice touch is that there’s a little sensor integrated into each of the coloured back covers, which reports to the phone which colour it is. That means the phone can change the launcher to match automatically, which is quite charming. A little sensor in the back cover reports which colour back is attached, and when changing covers you’ll get a nice prompt to let you switch the launcher’s theme to match the back cover. 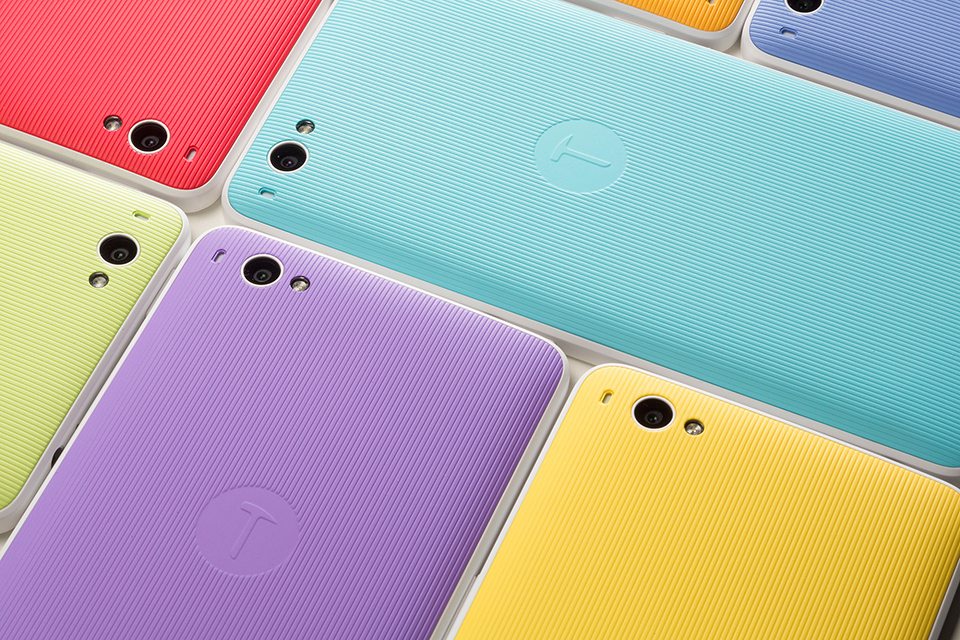 Beneath the cover are two SIM card slots, both micro SIMs. One SIM can be used for calls, texts and data, while the second slot is only for calls and texts. 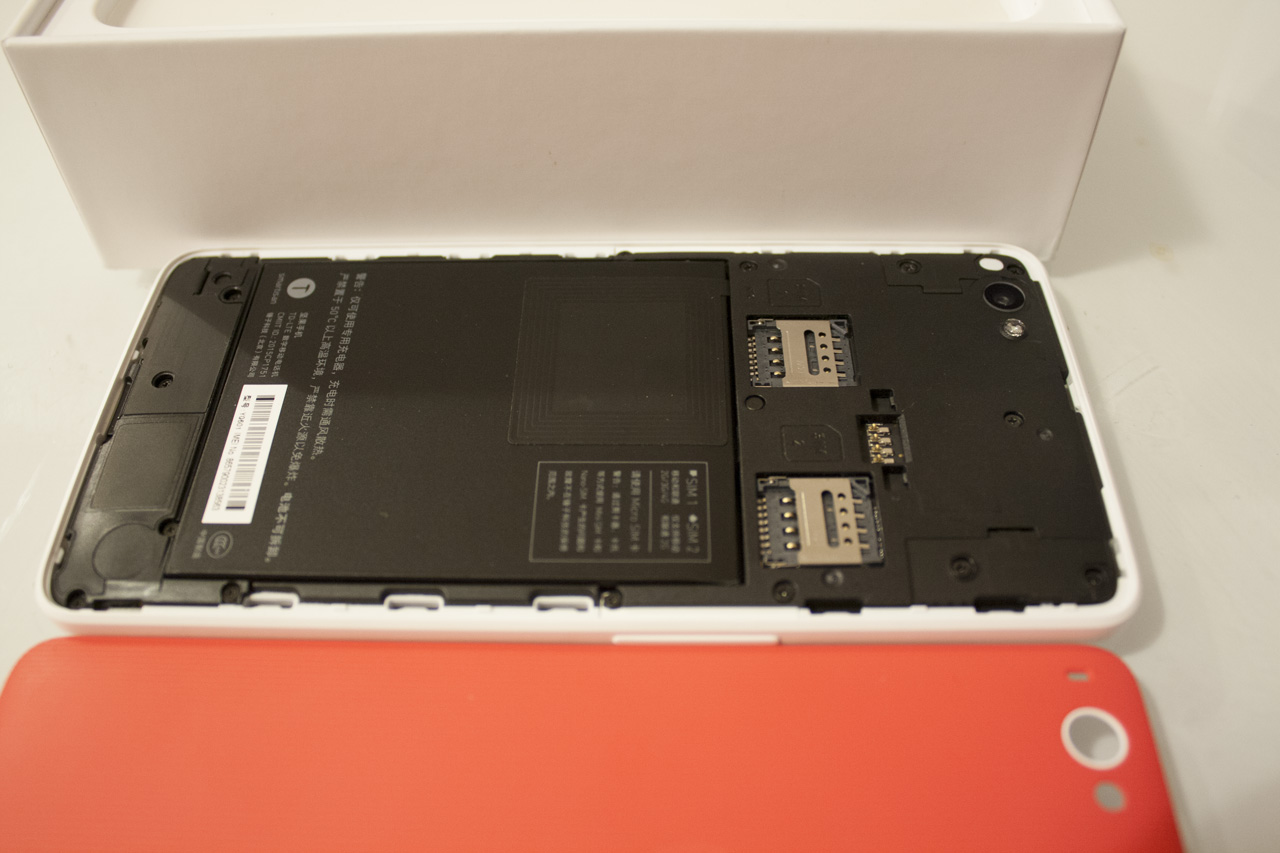 There’s also a 13-megapixel camera with a f/2.2 lens and LED flash in the top left corner. 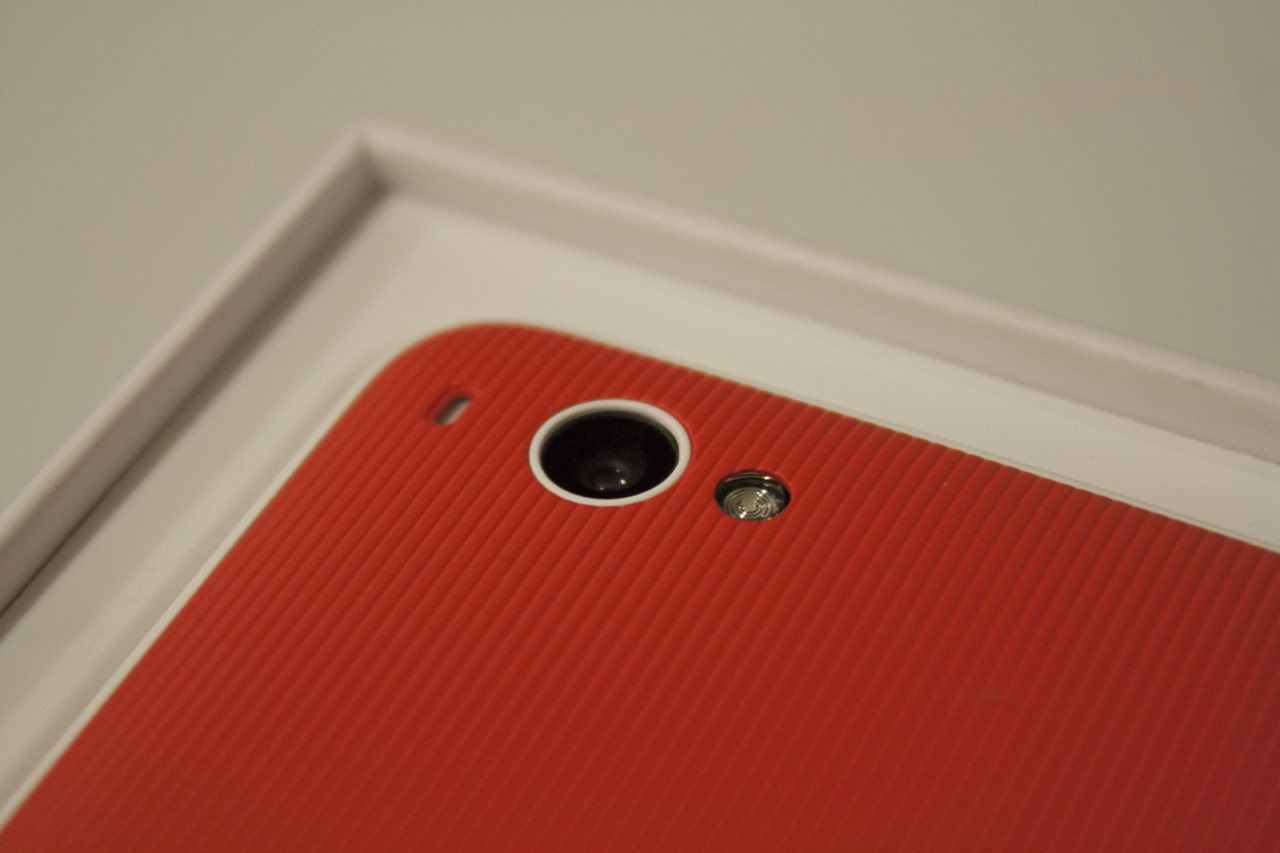 Returning now to the front, we can see a 5-megapixel camera above the display…

…and three capacitive buttons below the screen. These buttons have no symbols, just three LEDs to show their position. The bottom of the phone has a quartet of holes on each side of the rectangular Micro USB connector.

Looking at the sides of the phone, we see how far Smartisan’s commitment to symmetry goes – there are volume buttons on both sides, left and right, with the lock/power button on the top of the phone. This is obviously a bit unusual, but it makes a lot of sense. Because the buttons are identically sized and positioned, you can switch their functions in software to operate however you prefer. It’s the same reason why the capacitive buttons have no icons; this too can be changed in software.

The Nut is a good-looking phone for its price point, even if it is missing the metal frame that’s become so popular recently (even on mid-range phones like the Moto G). The coloured covers and symmetric buttons are nice (and fairly rare) features too, although having the lock button at the top is a bit of stretch for a 5.5-inch device. 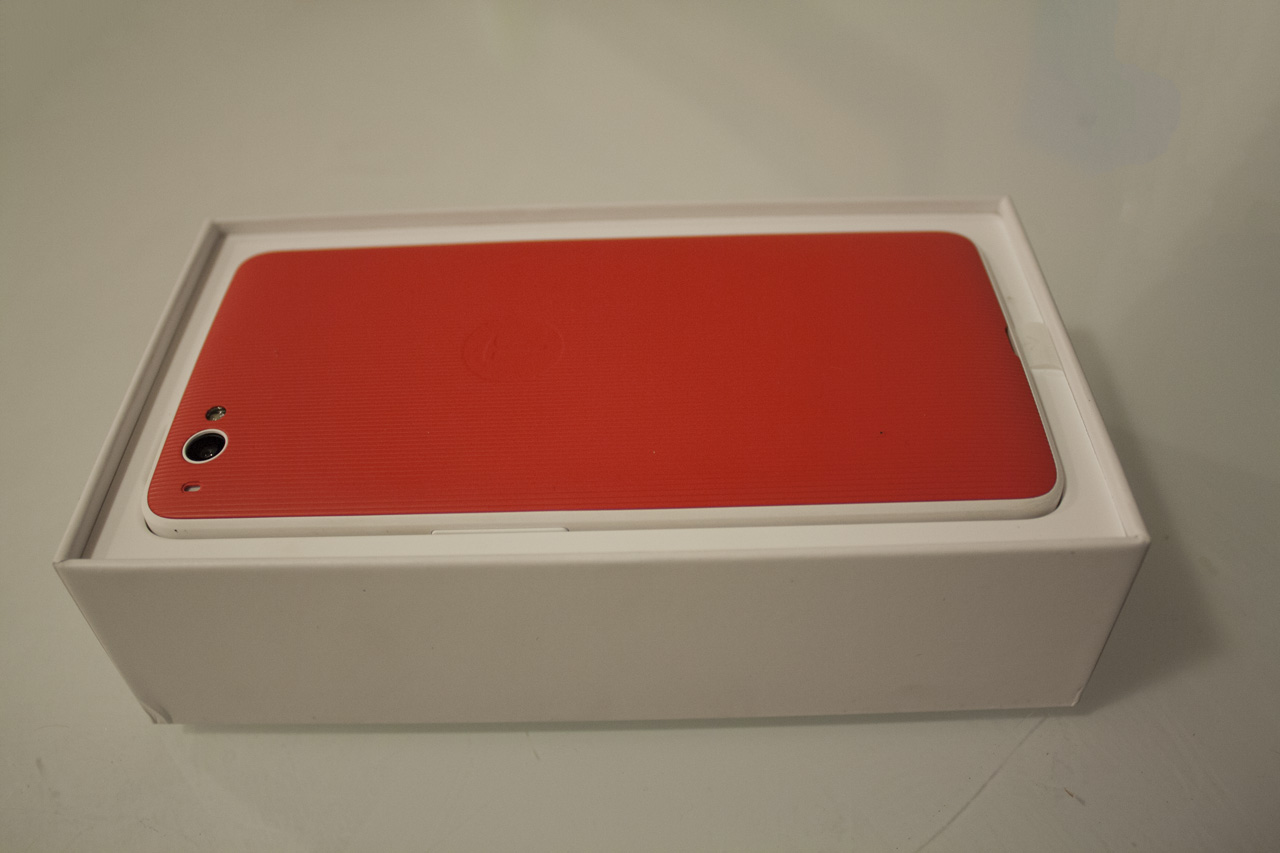 Internally, the Smartisan Nut has surprisingly strong specifications. It’s powered by an octa-core Qualcomm Snapdragon 615 processor, backed with 2GB of RAM and 16 or 32GB of internal storage (this review unit has 16GB, of which 12GB is usable space). There’s no option for Micro SD expansion, which seems a pity given the recent proliferation of combination second SIM / Micro SD card slots.

When it comes to LTE connectivity, the Nut has support for bands 1, 3, and 7 – so unfortunately there’s no 4G on giffgaff at present. The Nut also has a 2900mAh battery, typical for a phone of this size.

The Nut runs Smartisan OS 2.0.4, which is based on Android 4.4.4. It’s disappointing that the base level isn’t at least Android 5.0, but I guess that’s the downside of making your own customised version of Android instead of a stock or near-stock solution. 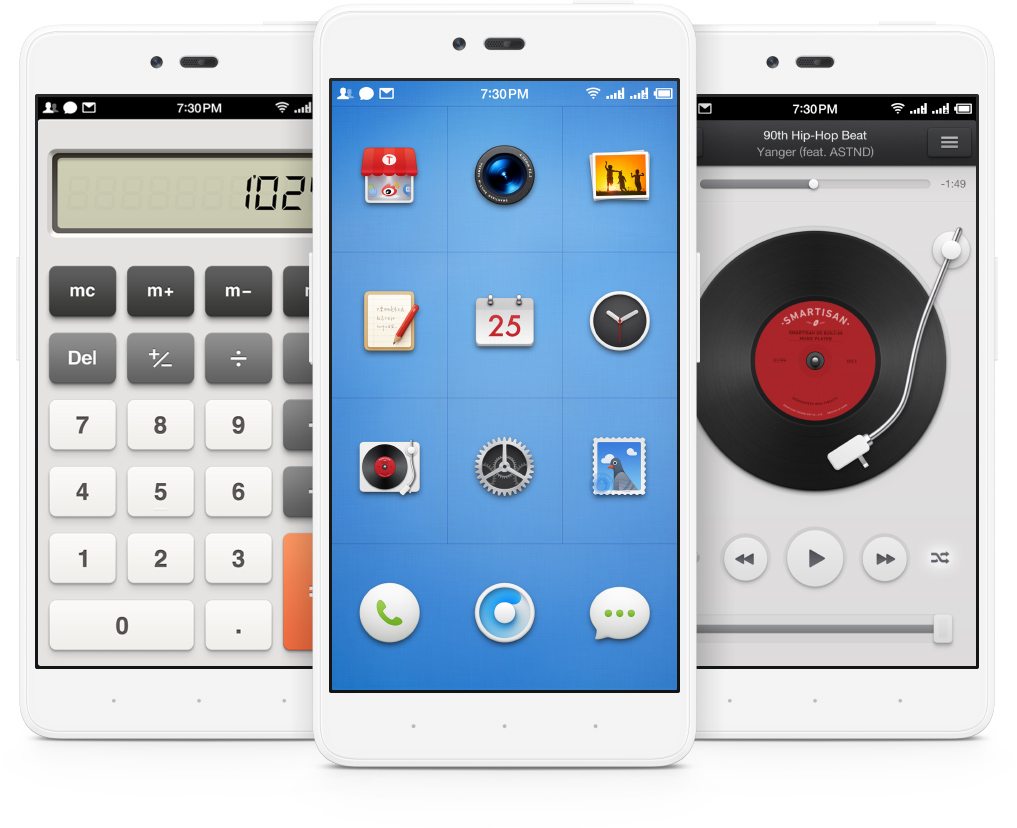 The modifications that Smartisan have made here are quite heavy, particularly in light of the recent trend towards stock installations of Android by Samsung, HTC and others. The tile-based launcher is easy enough to use, with largely skeuomorphic icons that seem based around Apple’s apps on iOS and OS X. This continues into many of the core apps, which use digital representations of analogue objects like a turn-table for the music app, an analogue clock and even a full Braun-style pocket calculator.

Beyond the usual inclusions, there are a range of apps likely to be of interest to the Chinese consumer, along with a Chinese app marketplace. This is supplemented by the Google Play Store, which has the usual wide range of apps available if you’d prefer something that you’re familiar with. Happily, many of the (unneeded) Chinese apps can be uninstalled to save space.

Normally you would be able to change the launcher to a more regular option, but at the moment I’m getting an error from Google Play when trying to install any alternate launcher. (I’ll update if this issue has been resolved!)

Besides the launcher, there’s also a nice lock screen (featuring the white streets of Santorini) and a redesigned Settings menu. Neither is an amazing upgrade over the standard Android fare, but it’s not awful either – just different.

The Nut U1 is a top-notch bargain smartphone, offering powerful hardware, a great display and commendable symmetric design at a low price. While the lack of expandable storage and heavily customised version of Android may not find favour with all users, the remainder will be satisfied by the exceptional value for money.