Good mechanical keyboards don’t have to cost the earth. After appearing on the scene as £120 to £200 products suitable only for professional typists and aspiring pro-gamers, prices have dropped sharply as cheaper components have been sourced and competition has increased. The cheapest models are now available at around the £30 mark, with mid-tier options around twice that and flagship-grade keebs under £90. The Roccat Suora, the subject of our review today, hits the latter two targets with two configurations: the £60 blue-backlit Suora and the £85 RGB-backlit Suora FX. With a standardised layout suitable for custom keycaps, dedicated volume keys and an elegant frameless design, the Suora looks promising – so let’s see how it performs in our hands-on review. 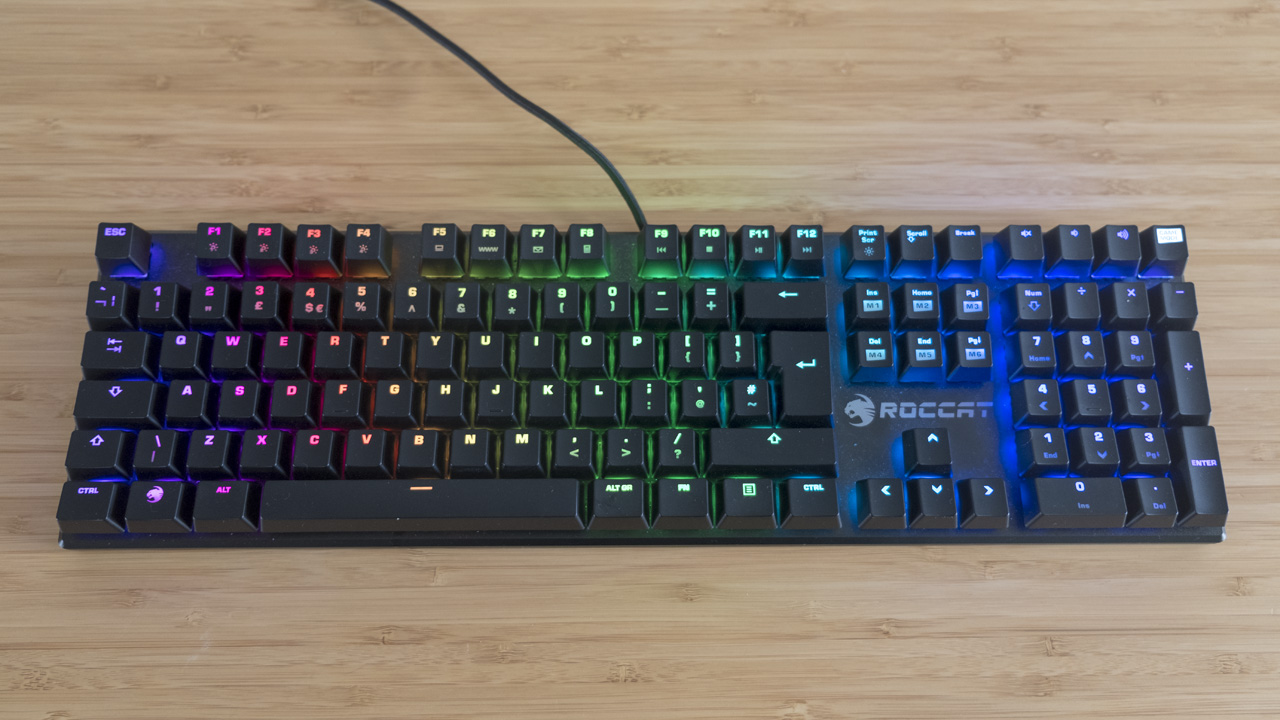 Out of the box, the Suora immediately impresses with its clean and modern frameless design. The aluminium housing looks to provide good durability, with the backlit ABS keycaps floating above the Brown TTC mechanical switches. 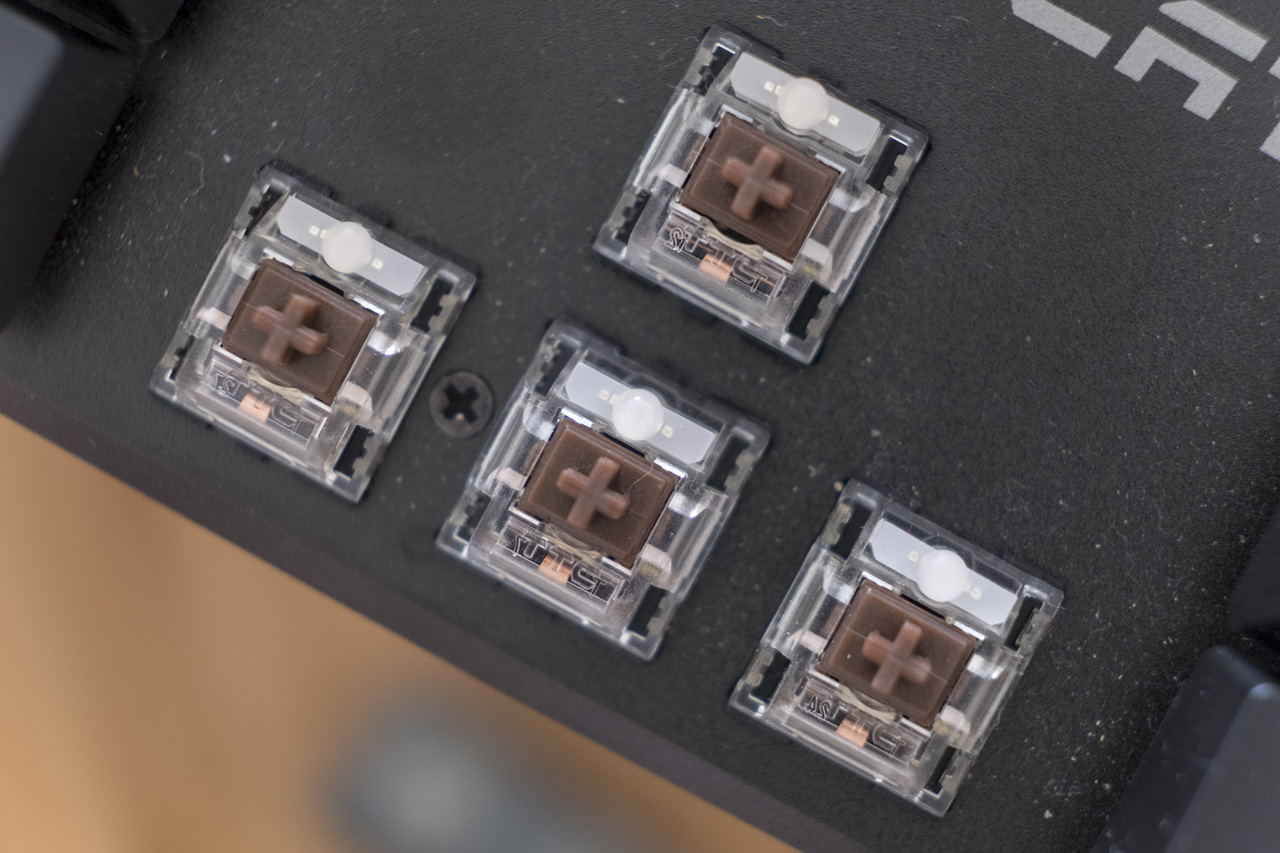 The black body of the keyboard is relatively bereft of branding, with only a small Roccat logo above the arrow keys and a Suora FX wordmark on the back side of the keyboard. The non-removable USB cable is nicely braided too, if a little thin. 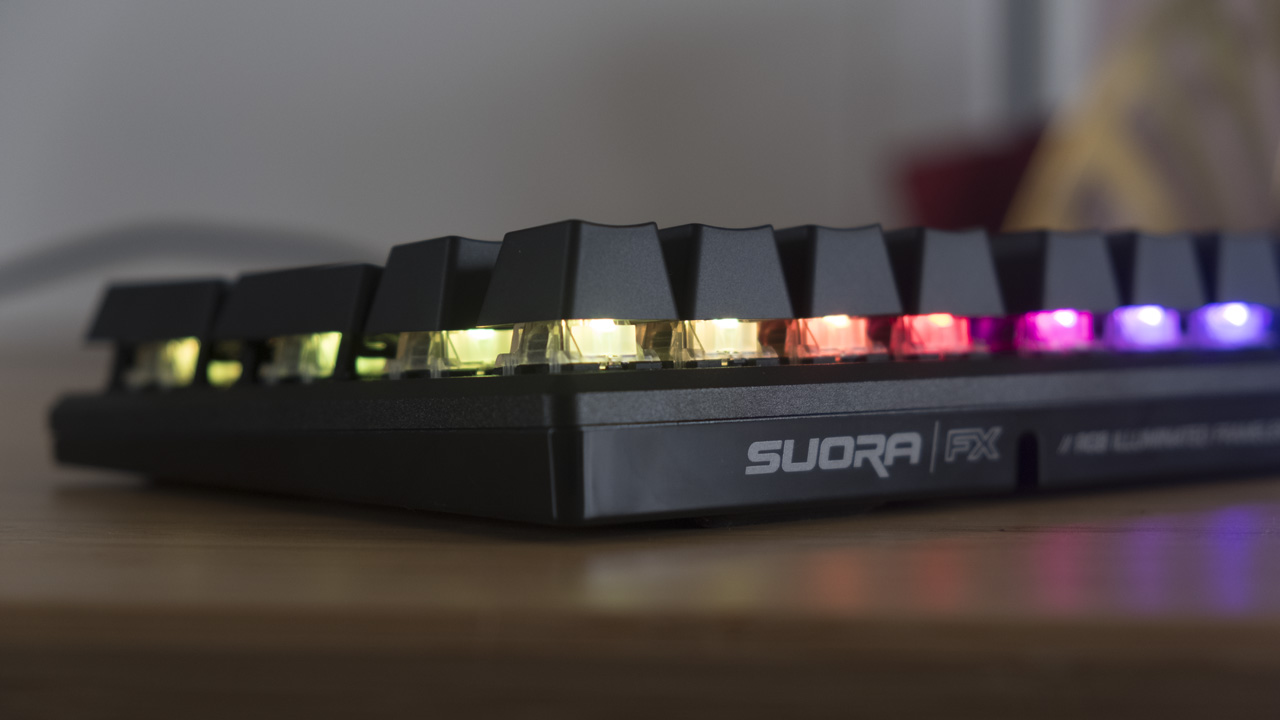 It’s also worth noting that isn’t included on the Suora as well: there are no dedicated macro keys, no USB or audio passthrough and no wrist rest. 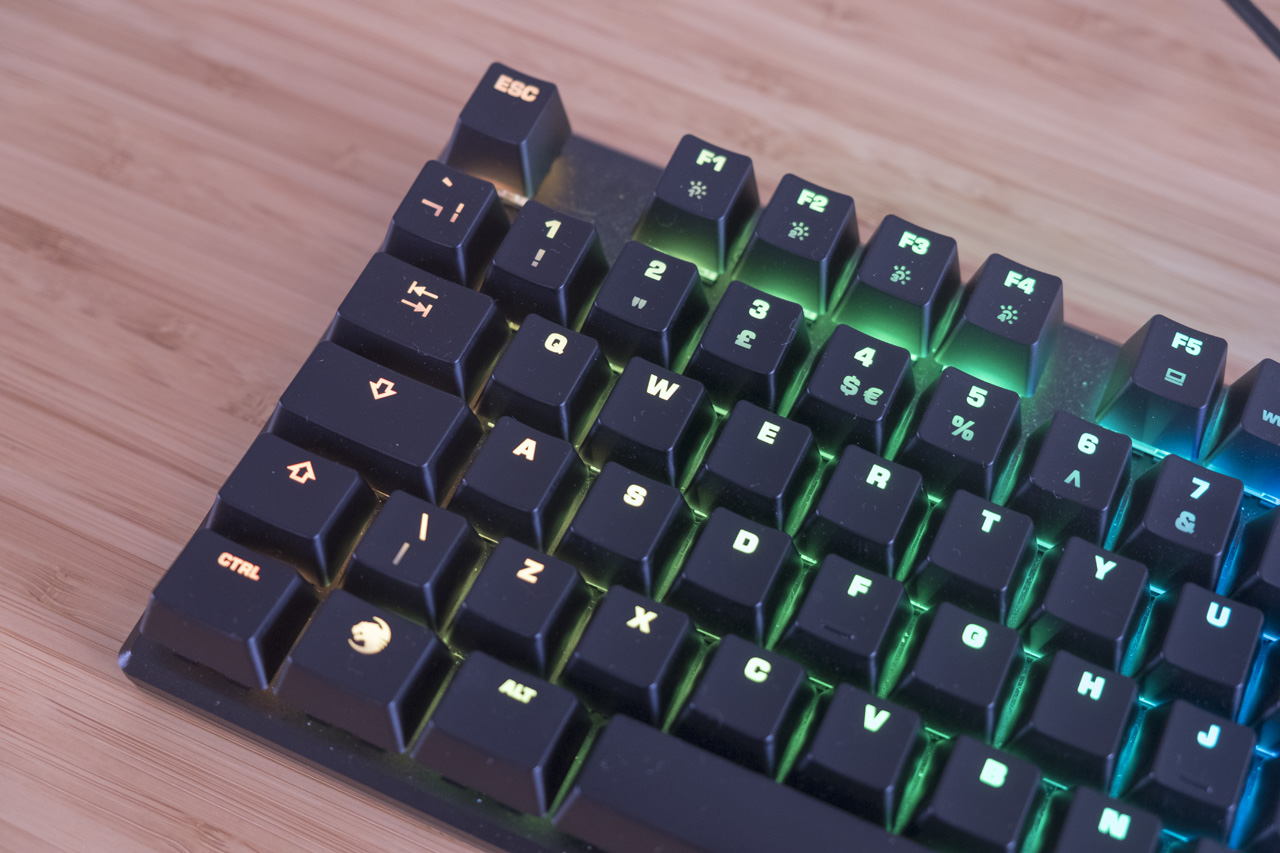 These omissions separate the Suora from truly high-end (and significantly more expensive) keyboards like the Corsair K70 MK.2. However, these features are far from essential for most users, so their absence is hardly a deal-breaker.

Roccat provide their Swarm software for configuring the Suora to your liking, such as setting up custom lighting modes, but it’s possible to change between the default lighting effects or record macros without using the software at all. Better still, these changes persist in the keyboard’s on-board memory between machines. Swarm itself is not the best-designed piece of software in the world, requiring a lengthy install of the Suora’s module before it will do anything useful, but its features are comprehensive and it gets the job done. When it comes to keyboard software, I’d rank Roccat just behind Razer and Corsair, with the latter providing better game integration and a few extra features in a slightly cleaner design.

We spent two weeks using the Suora in order to give it a fair shake. For typing and gaming, the TTC MX Brown switches provided good tactile feedback and actuated at a low weight, making them easy to use accurately. TTC aren’t renowned for their mechanical switches, coming behind both the original makers Cherry and clones such as Kailh, but this only really manifests in a few small niggles – such as a little wobble on the modifier keys and some slight variations in the force required to push each key. Unless you have spent a lot of time with mechanical keyboards or you’re particularly sensitive to these variations, you aren’t likely to run into any actual difficulties here. 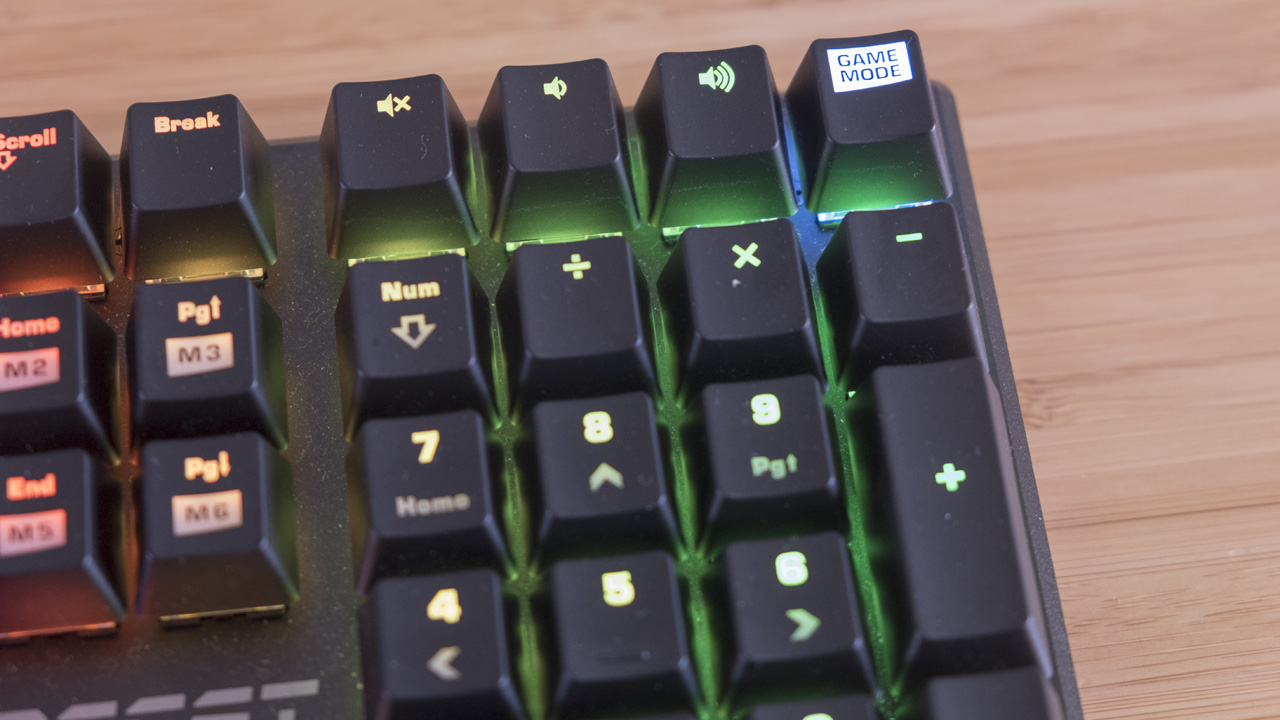 The dedicated volume keys in the upper right are excellent. They make muting or adjusting the volume much faster and easier compared to pressing, for example, Fn + F2, and using these keys quickly becomes second-nature. The macro functionality is also quite intuitive, allowing you to record a key sequence rapidly and then assign it to one of the six keys above the arrows – i.e. Insert, Delete, Home, End, Page Up and Page Down. This isn’t the most convenient place to reach mid-firefight, but these keys aren’t used in many games so it’s still a sensible selection. 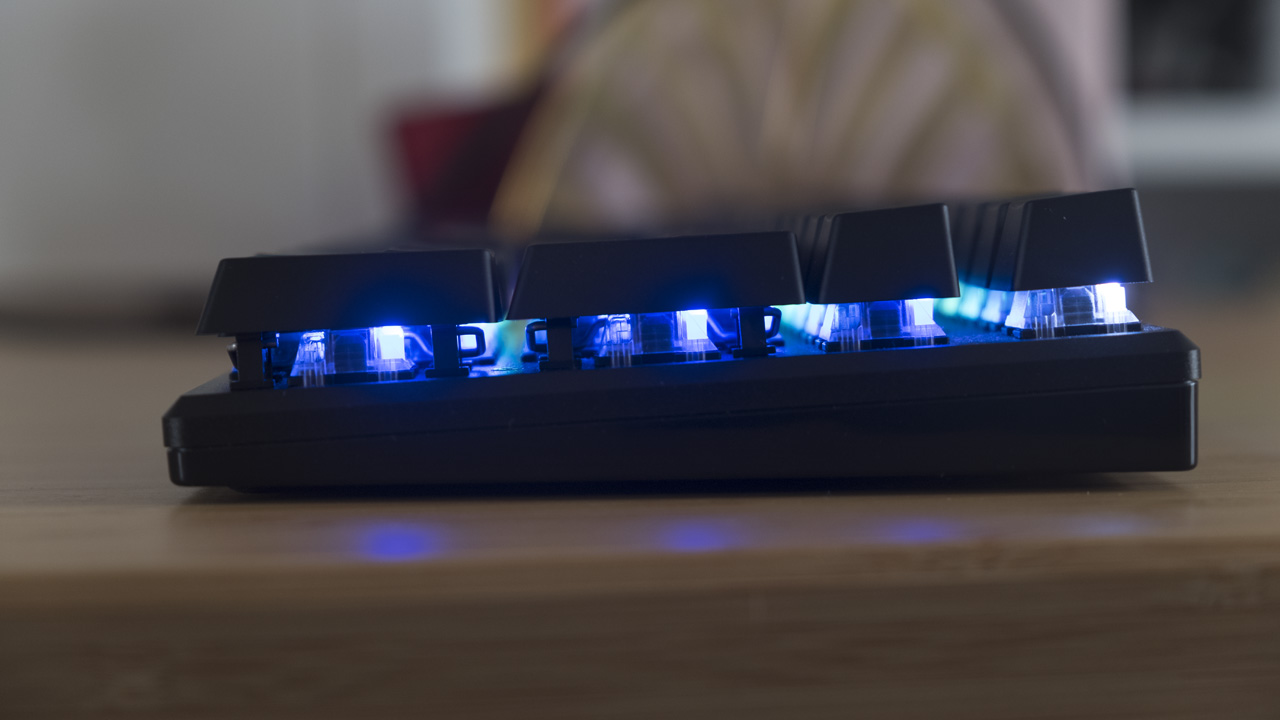 Meanwhile, the standard layout ensures there’s no re-learning process and custom keycaps can be acquired cheaply and easily. You probably will want to replace the keycaps, by the way, as they are made from ABS and don’t feel great under the finger. Replacements, e.g. keycaps made from the more durable material PBT, are likely to set you back at least £30, but will provide a better feel and won’t go shiny after months of use. 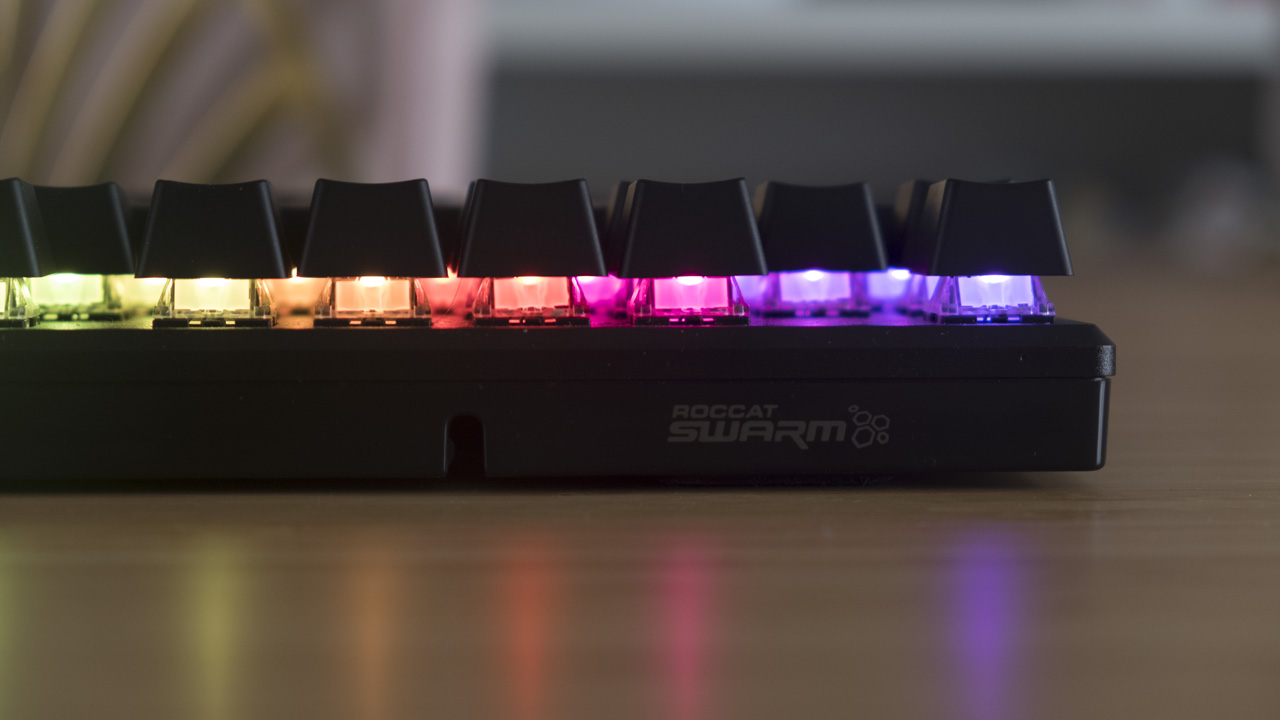 The backlighting found on both keyboards makes it easier to find little-used keys if you’re playing in a dark room, with the FX providing a nice range of lighting effects out of the box and the option for custom layouts by using the Swarm software. You can also synchronise lighting between the Suora and other Roccat peripherals, e.g. their Kone Aimo RGB mouse, which is a nice bonus if you’ve invested into the Roccat ecosystem.

The Suora is a sensibly-designed keyboard that provides a good typing and gaming experience at a reasonable price. The inclusion of extra keys in the upper right and the compact frameless design ensure that this is one of the best keyboards per square inch on the market, with the Suora boasting functionality not found on significantly larger keyboards such as software-free macro recording and one-button volume adjustments. Whether you go for the monochrome Suora or the polychromatic Suora FX, you’ll get an excellent mechanical keyboard for the money. 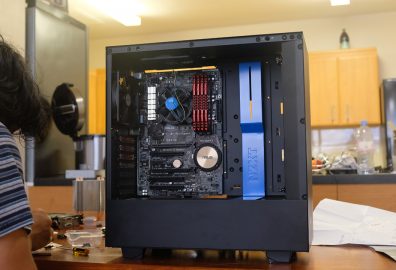 If you’re looking for a compact mid-tower case that offers an easy PC building experience and plenty of... 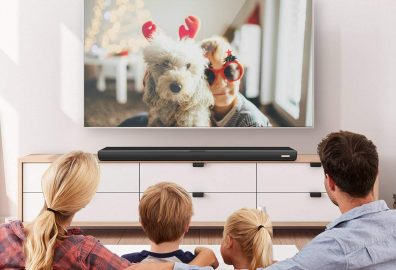 As televisions get slimmer, they’ve started to shed their obligation to provide decent sound and...