Today we’re putting Roccat’s Khan Pro headset to the test. The Khan Pro boasts a light design and hi-res audio compatibility to ‘suit the needs of esports champs’. Team XSReviews hasn’t quite cracked into the upper tier of competitive Counter-Strike just yet, but we’ll give them a fair test regardless. Here’s our review! 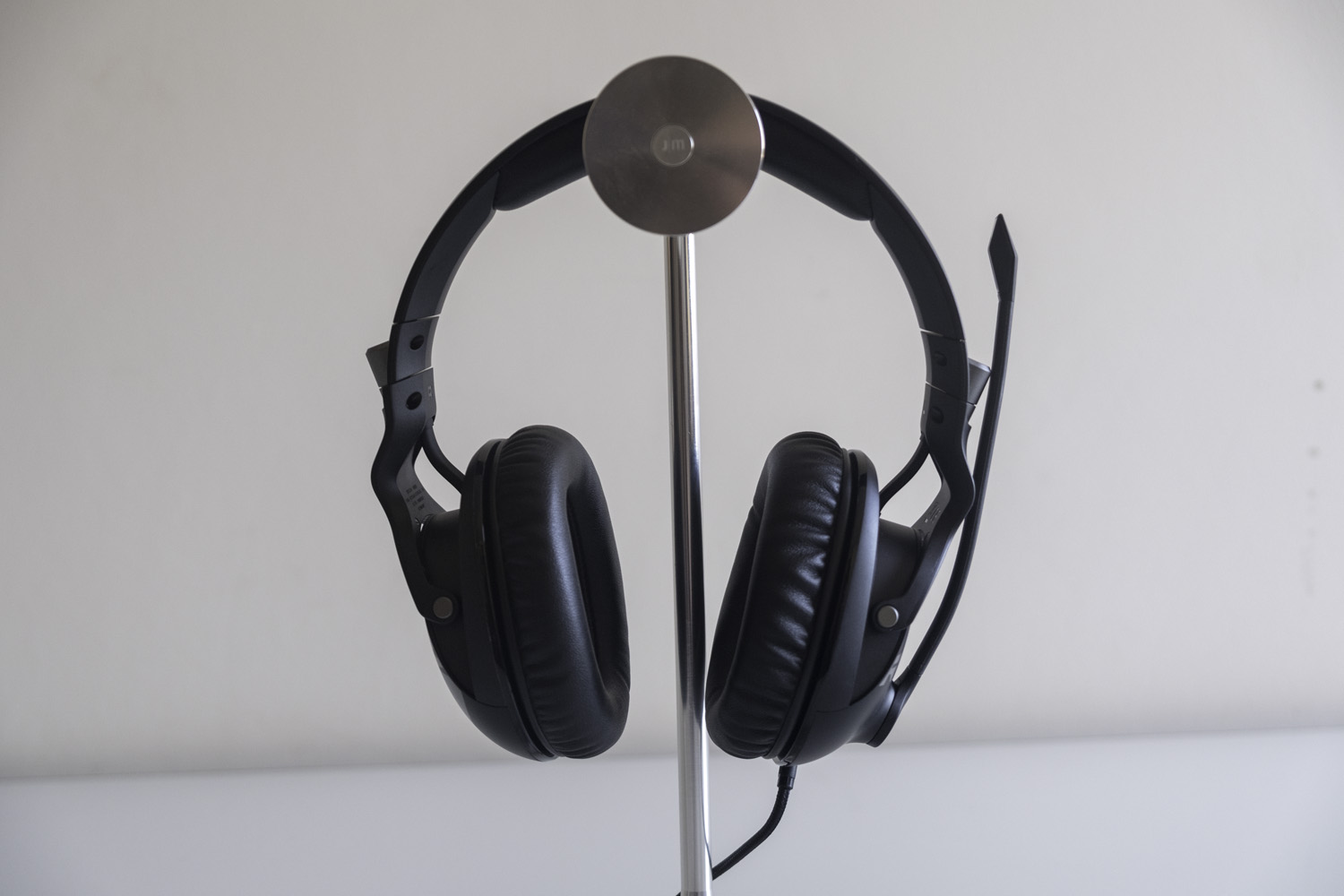 Out of the box, the Roccat Khan Pro isn’t a stunningly beautiful headset. It doesn’t have the classic look of a high-end Sennheiser, nor the pulsing gamer cred of a late-model Razer or SteelSeries headset. Instead, it’s somewhere in the middle — the giant silver Roccat logo on one cup and ROCCAT KHAN wordmark on the other aren’t exactly subtle, but the monochrome style makes this headset a little more refined than its gaming competition. 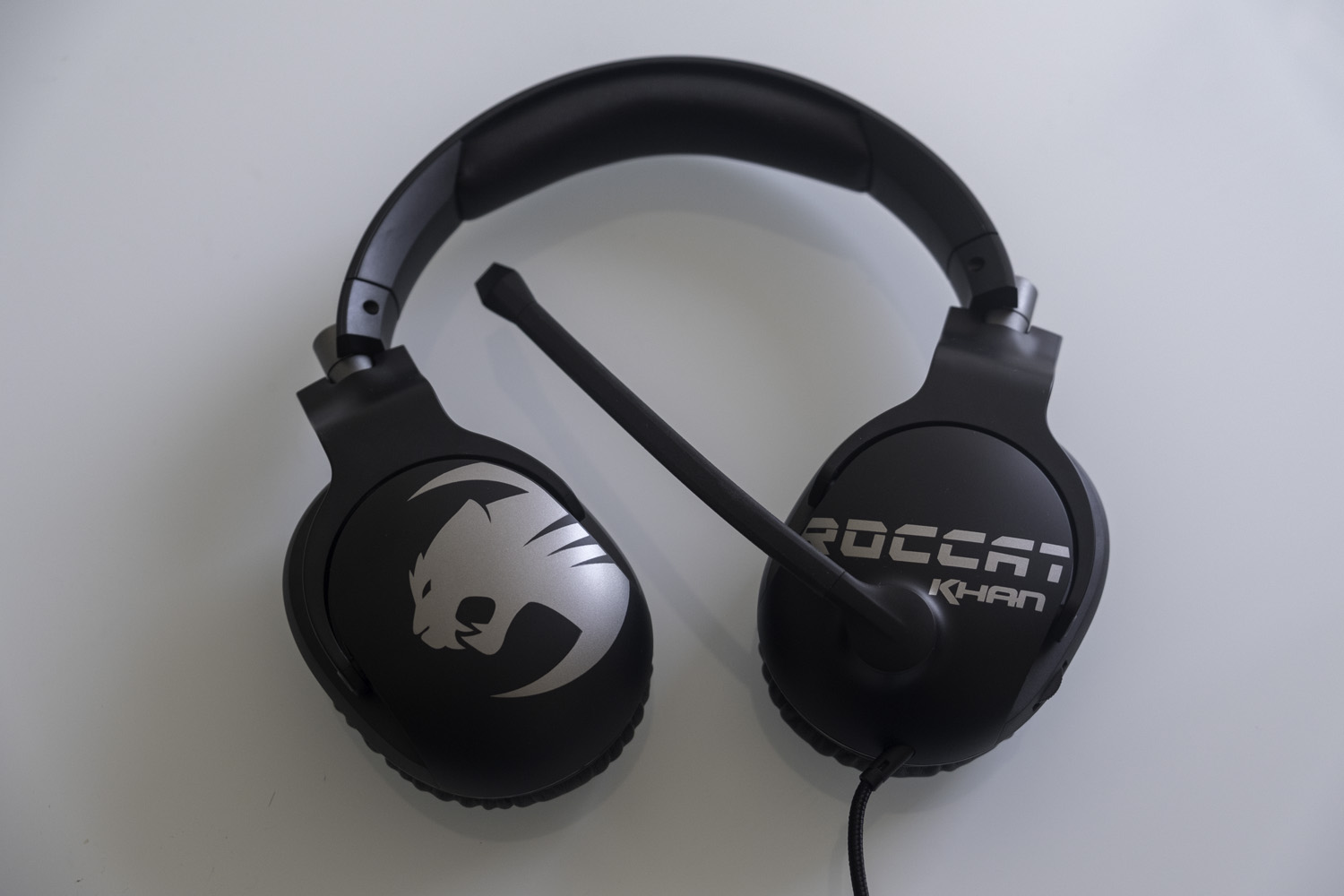 The Khan Pro is made out of plastic and leatherette, materials that usually don’t scream quality, but there is a bit of stainless steel along the head-size-adjustment sliders as well. Despite the largely plastic construction, the headset feels extremely robust, and should easily withstand normal use. 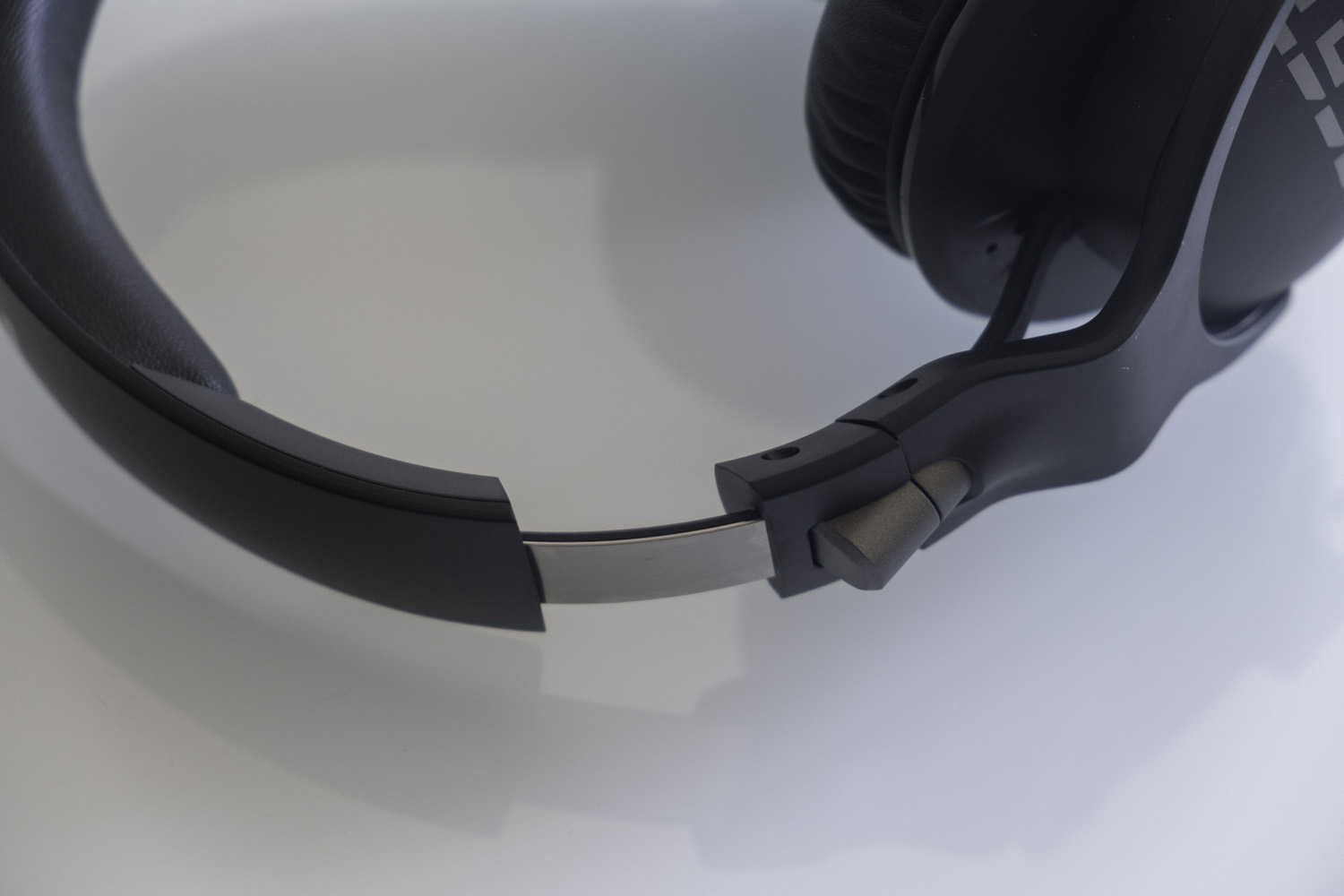 The headset does come with a dual to single 3.5mm adapter to allow for it to be used with a phone, but the non-removable microphone and obvious gaming lineage might make it a weird choice for listening to music on the train. 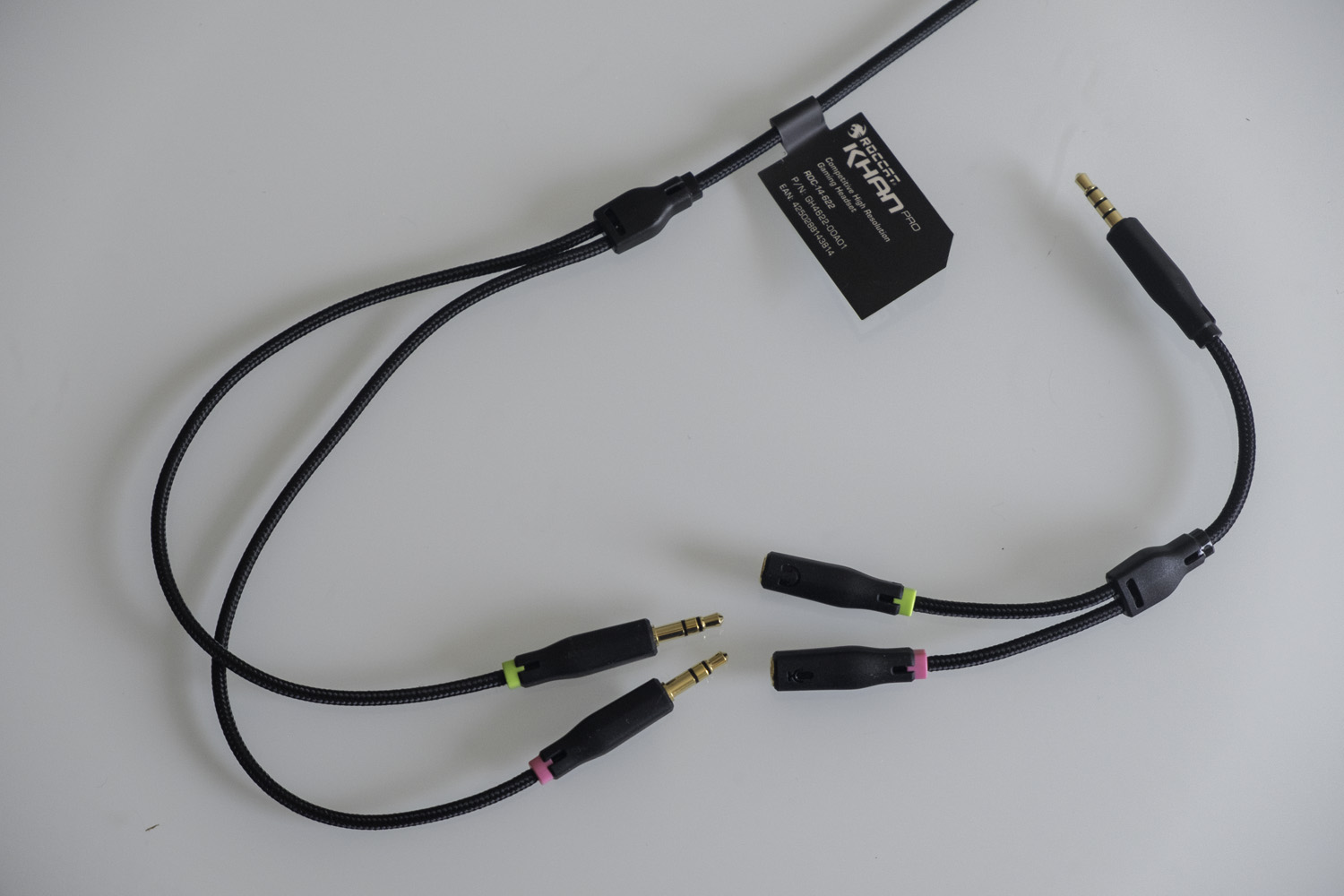 The upside of using predominantly plastic is that the headset is quite light at 230 grams. Roccat say that it’s the lightest esports-focused headset on the market, and it’s certainly among the contenders for that title. 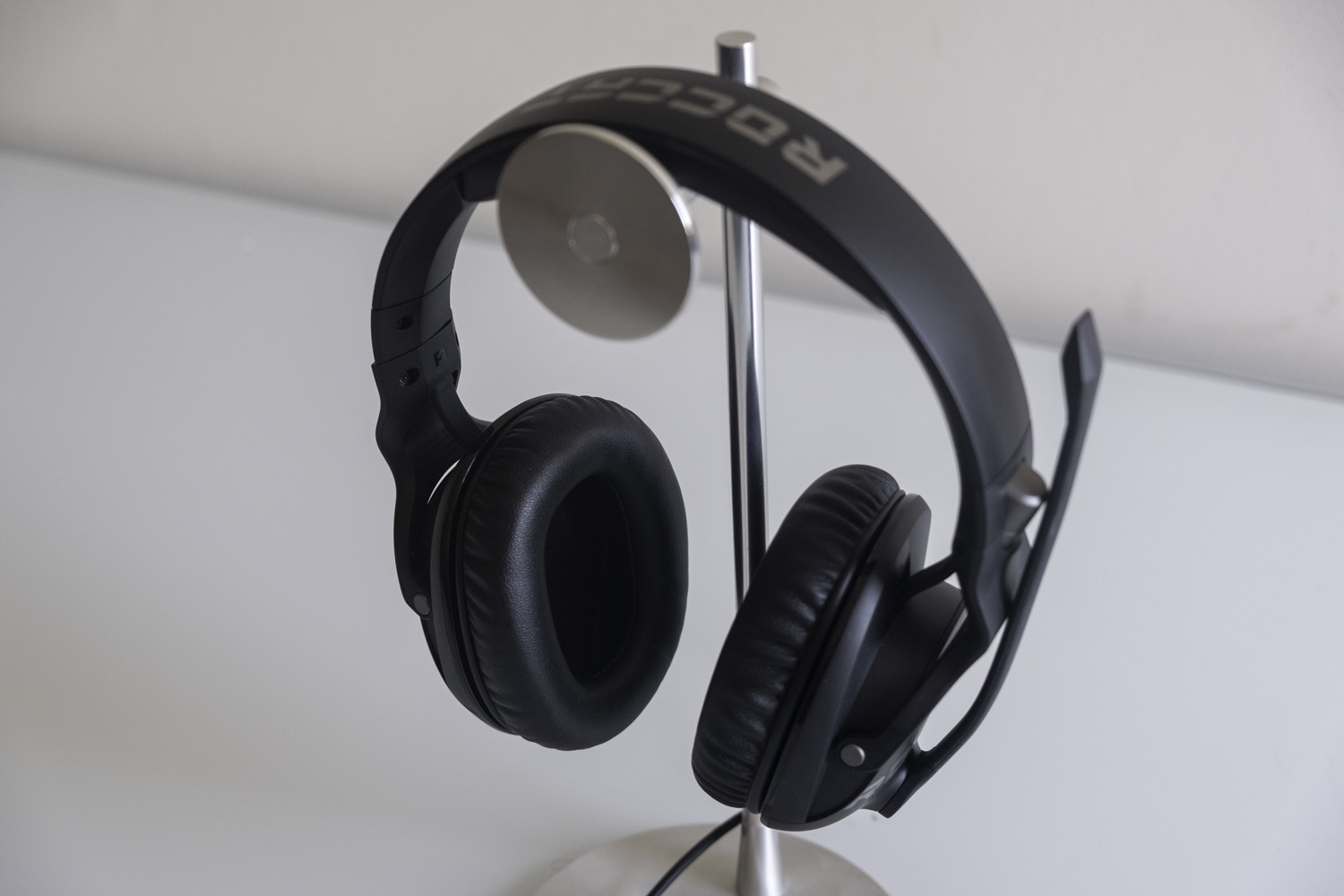 The leatherette pads are a good size as well; just enough to envelop my ears and with sufficient depth of padding as well. That translates into a comfortable fit even after hours of gameplay; I never had to remove the headset to massage my ears, even while wearing spectacles. I find that my (non-gaming) Sennheiser 598 are more comfortable, particularly with their velour pads, but the Khan Pro is certainly in the same ballpark — which is nice for a gaming headset. 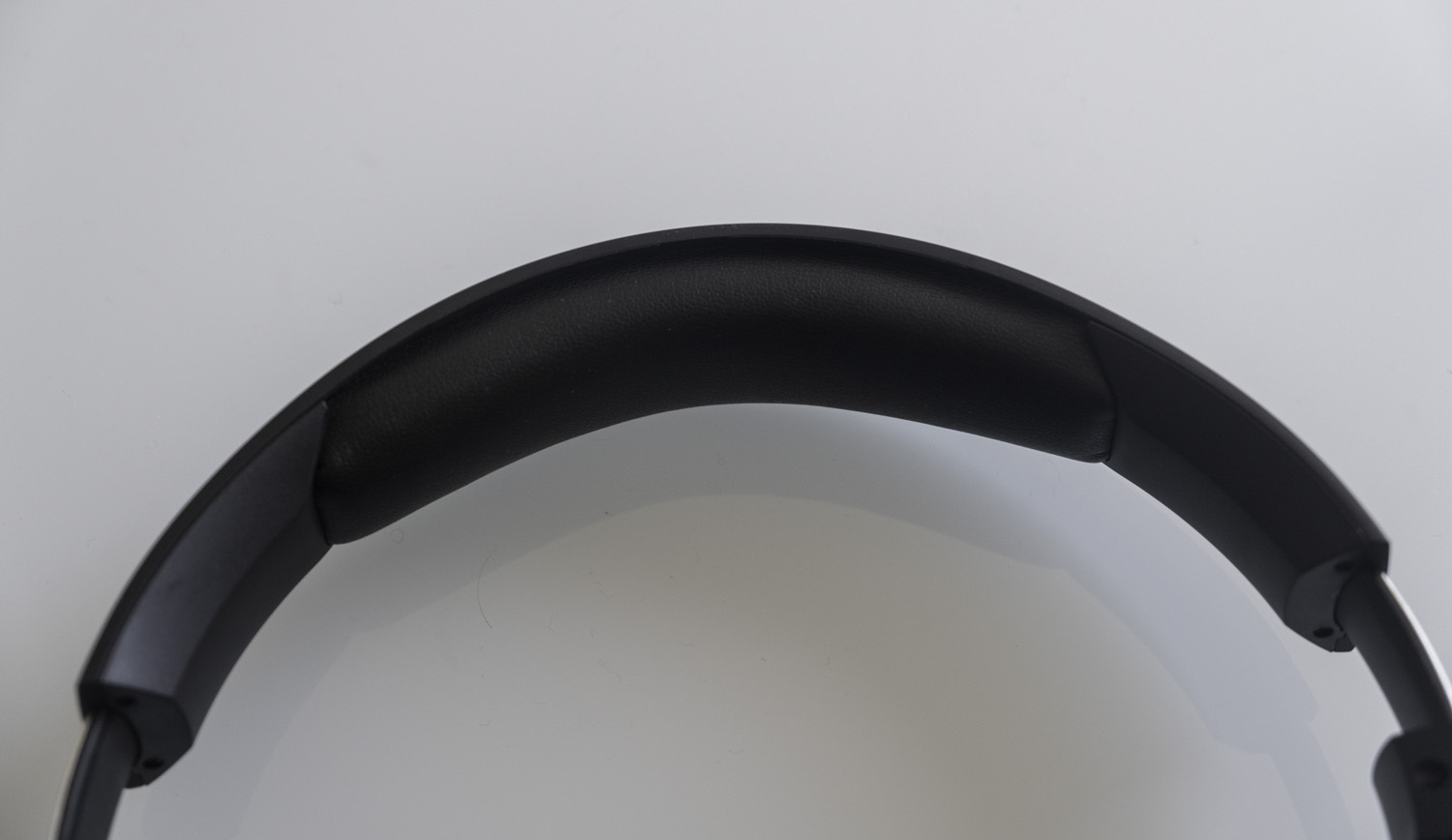 Somewhat unusually for a gaming headset, the Khan Pro is labelled as offering high-resolution audio. The entire idea of high-resolution audio isn’t preposterous, but generally one would imagine that the benefits would be felt most cleanly when listening to uncompressed music provided in a format with better-than-CD sampling frequencies and bit depth. That’s a far cry from the average video game sound effect, which is usually intended to be cinematic and space-efficient rather than detailed and accurate. I didn’t notice any particular difference when using the Khan Pro compared to other headsets in my inventory, so I personally would disregard hi-res audio for gaming; it is irrelevant. 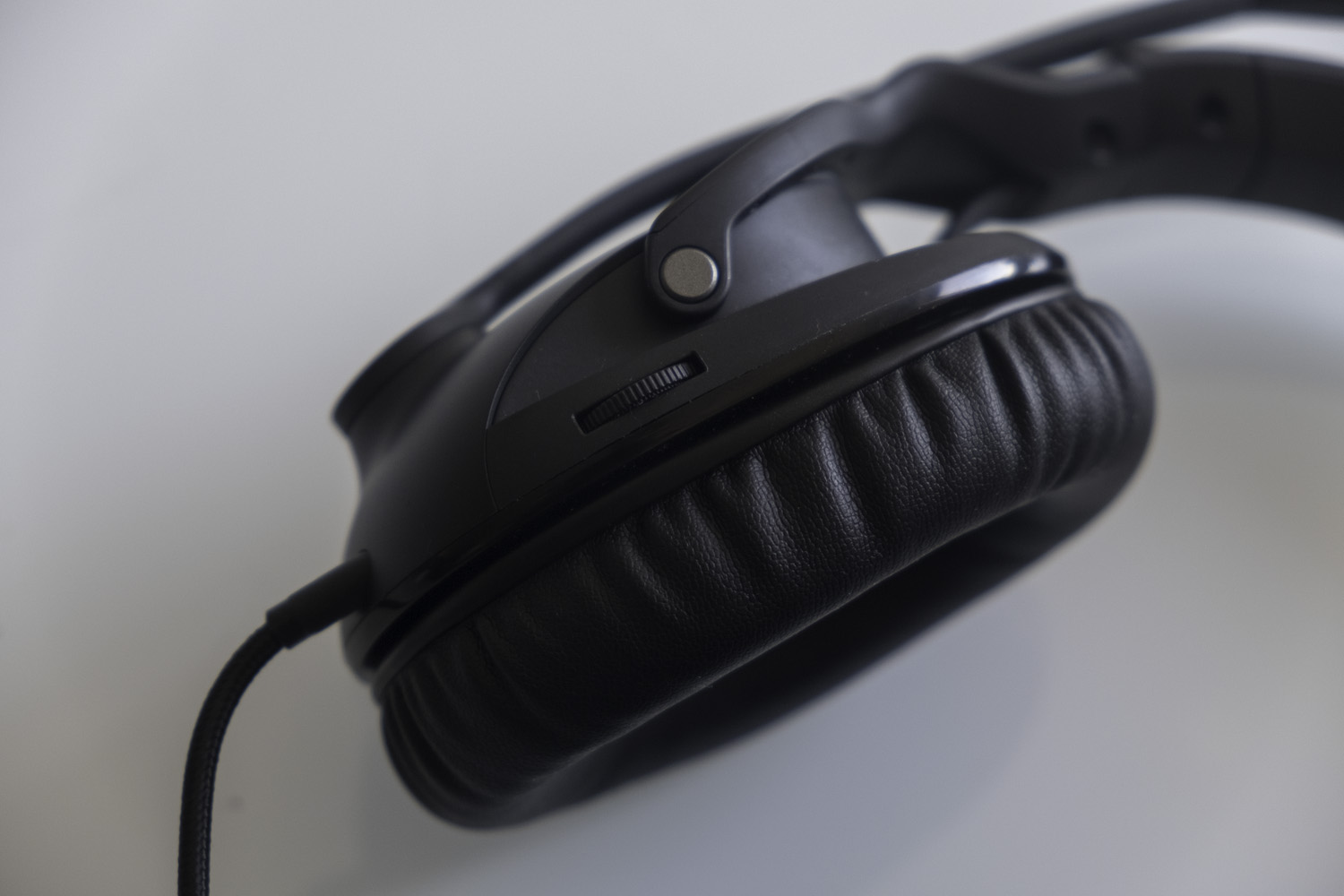 Of course, having the hi-res audio sticker does suggest that Roccat have at least focused on audio quality in the design of their latest headset. After testing the headset for a couple of weeks, I’d rate it as one of the better ‘esports’ headphones I’ve used thus far.

You get quite a bombastic boost at the bassier end of the spectrum, which makes grenades or larger explosions quite exciting without blowing it out completely. The mids aren’t completely neutral, with a little more warmth than a reference design, but it fits the theme quite well. The highs aren’t diminished either, with crisp reproduction that had me turning my head away from the screen when I ran into the Typhon in Prey. 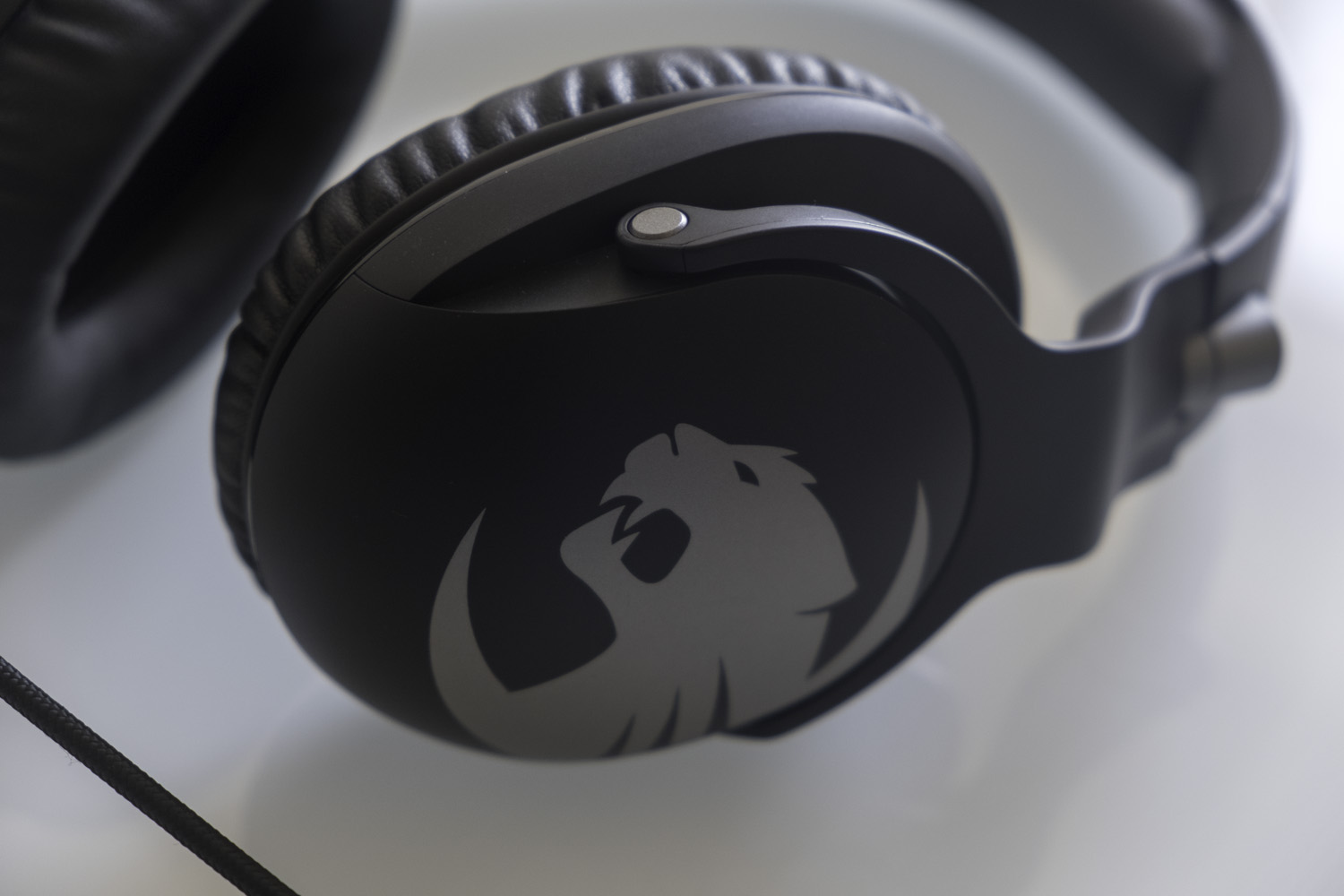 The headset’s closed-back design means that it provides some measure of passive sound cancellation, although you’d probably need slightly larger earcups to maximise this effect. I found that I could still hear calls for dinner and the television going in another room while wearing the headphones with the door open, which is probably good for my family relations but not ideal for clutching in Counter-Strike. Either way, the Khan Pro doesn’t do much in terms of noise cancellation to differentiate itself from the pack.

Gaming headset microphones get a bad rap, and the Khan Pro is no exception. You can certainly be heard while using it, and there’s no annoying buzzing, hissing or other tomfoolery going on — but it’s not going to compare to a proper microphone like Blue’s Yeti. Unless you’re a streamer though, it’s probably not going to matter — I had no issues with my teammates hearing me in Counter-Strike, and that’s the important thing. It’s also easy to mute the microphone by flipping it up, and this operation worked reliably throughout our testing. 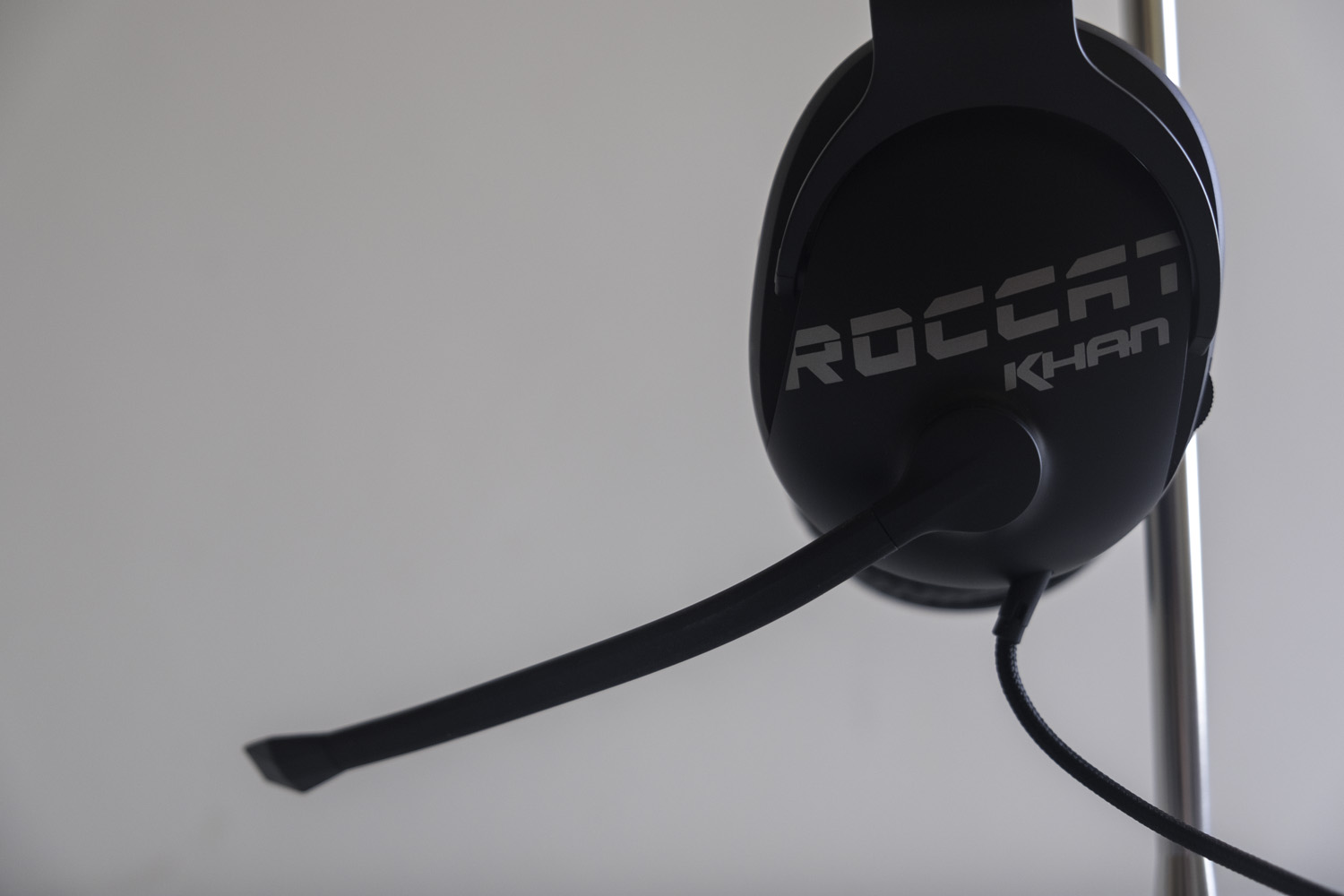 Ultimately, I feel the Khan Pro headset achieves what it sets out to do. It’s a light and comfortable pair of headphones with good sound quality and a passable microphone. I didn’t face any kind of usability issues, and its plastic construction feels surprisingly durable.

I don’t see how hi-res audio has any impact on gaming, but I don’t feel that the price has been jacked up to get that sticker on the box – £90 is about what I’d want to pay, and that’s the price! On the whole then, the Roccat Khan Pro gets my firm recommendation, if not my outright adoration. 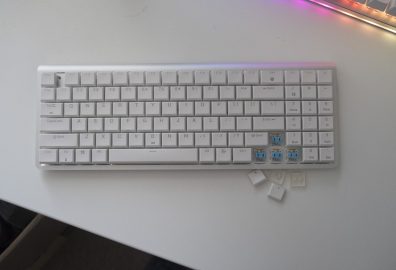 The Magic Keyboard is legendary amongst Apple fans — it’s light, stylish and even provides a... 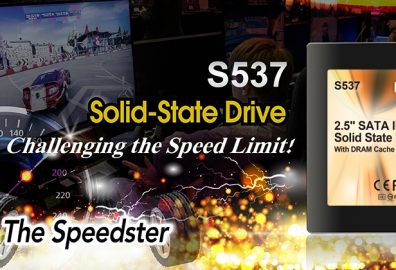