When Redragon got in touch to offer a pick of their range of mechanical keyboards, I was quick to select the K596 Vishnu – a tenkeyless model with a laundry list of interesting features, including wireless connectivity, RGB lighting, dedicated media keys and a volume wheel for £65. We’ve seen mechanical keyboards become increasingly inexpensive over the past five years, but it’s still rare to see a keyboard of this size that offers both 2.4GHz wireless and a volume wheel, let alone at less that £70. We’ve been testing the keyboard for the past few weeks; here’s the XSReviews take!

The unit I received uses soft linear MX-style mechanical switches, closest in characteristics and appearance to the classic Cherry MX Red but produced by popular budget brand Outemu. While the switches utilise the same familiar cross-shaped stem and therefore accepts any standard mechanical keycap, this variety also includes a partial box around the outside to resist dust and moisture ingress. The switches feel perfectly acceptable under the finger, with not much resistance and a soft, linear feel. 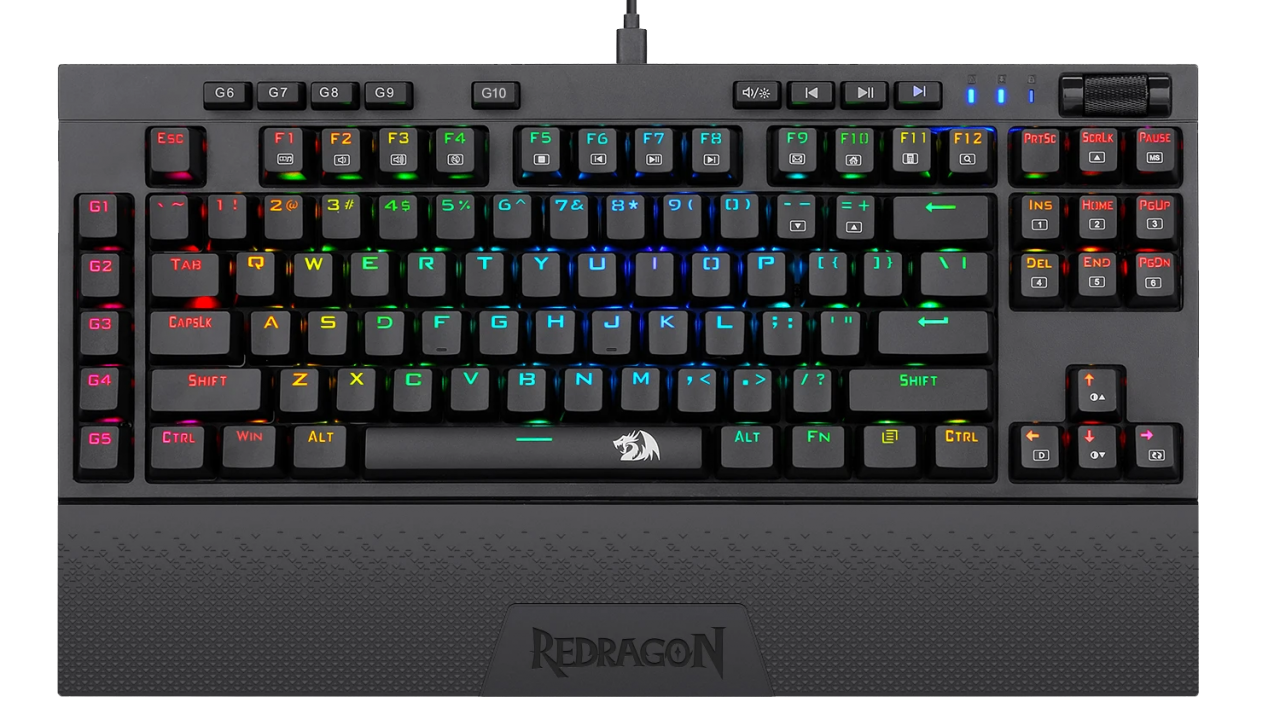 The compact layout is dense with features, including an extra column of macro keys on the left side, half-height rubber dome media keys along the top and a volume wheel in the upper right. Interestingly, the volume wheel has distinct steps, allowing you to make fine-grained adjustments easily but not feeling as convenient for making sweeping changes. Thankfully, there is a dedicated mute button if you start playing a YouTube video that blows out your ear drums. It’s a bit disappointing to see that the dedicated media controls don’t sport mechanical switches, but you can also control the volume and skip tracks using the Function key and F keys, which are mechanical. Each of the ABS keycaps is inscribed with a gamer-style font which is chunky enough to let a good amount of RGB backlighting through. There are tons of built-in LED effects, which can have their colour changed, but I didn’t find a single colour mode by playing around with the keyboard’s controls – this might require software to be installed, which I’m normally loath to do. 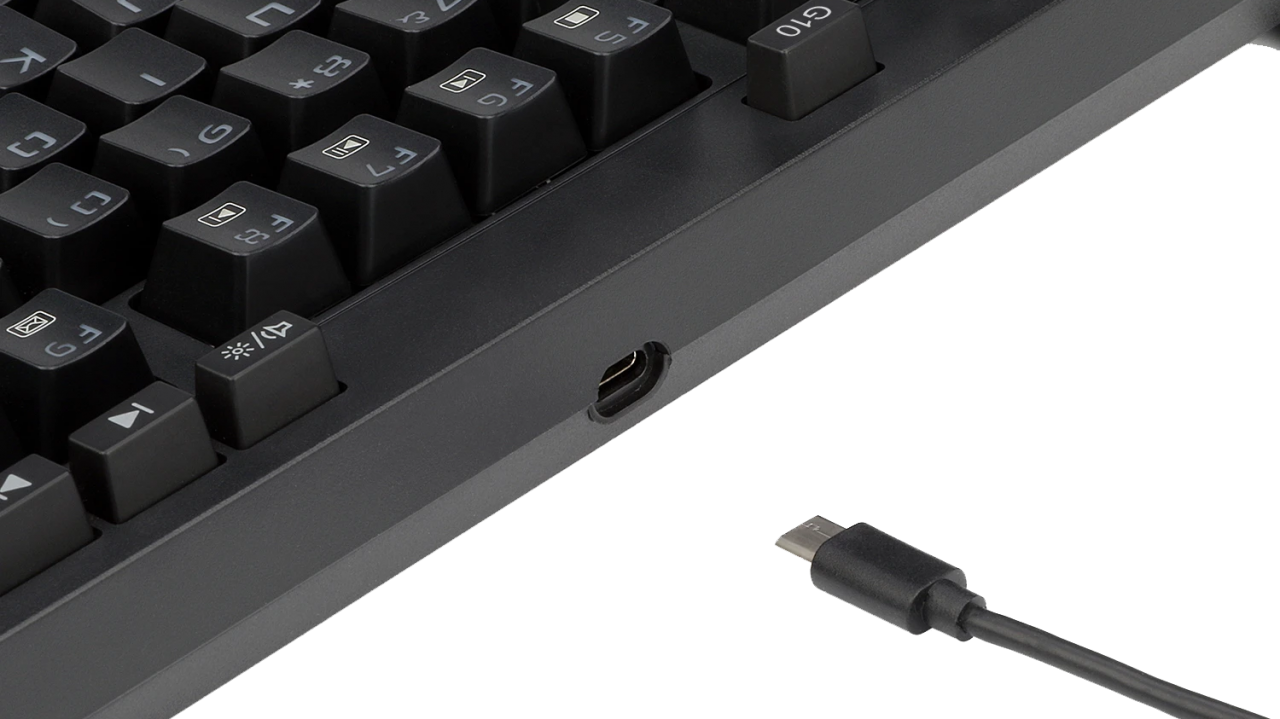 The low build cost of the keyboard is also evident in the wireless switch; it’s on the bottom of the keyboard and requires a fair amount of force to operate. When operating in wireless mode, as it was during most of our testing, the keyboard will turn off its lighting to save power, but the keyboard stays connected to its 2.4GHz USB dongle or reconnects very quickly, as I was never left waiting for a pressed key to be recognised even after leaving the computer for an extended period. This allows for battery life measured in the order of weeks rather than hours or days, and with the LEDs turned off you might manage a month of use between charges. It’s nice to see USB-C charging here, which makes the choice of companies like Logitech to use Micro-USB on even their 2020 keyboard releases feel a little grating. It’s also good to see that there’s a cutout on the underside of the keyboard for the USB dongle, so you won’t risk losing it by keeping it loose. Finally, there are also flip-out feet, allowing a more angled position if you don’t like to keep your keyboard flat, and an attachable wrist rest.

In gaming and writing, the K596 performed well. Its wireless connection might operate at slightly higher latency than the most advanced examples from the likes of Corsair and Logitech, but I still felt perfectly fine playing even fast-paced games like CS:GO, Call of Duty Black Ops Cold War or Cyberpunk 2077. The soft linear keycaps are a good fit for most gaming scenarios, and they feel better than a rubber dome keyboard for typing too – although you may need a light touch to avoid inserting extra keys into your document while resting your hands on the keyboard. I think the tenkeyless (no numpad) size also makes a lot of sense for gaming, especially for FPS players that use a low 400 or 800 DPI setting that requires oversized mouse movements.

Overall, the K596 ticks a lot of boxes, especially for its price point, and I didn’t discover any real dealbreakers in testing. If you’re after a cheap wireless keyboard on a budget, this well-crafted example from Redragon is definitely worth a look. 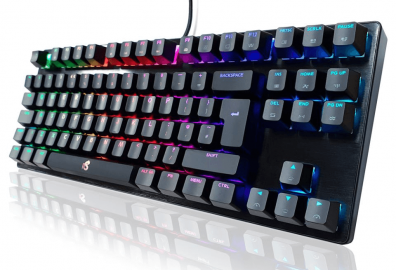