QPAD DX-20 review: what is this, an optical mouse for ants? 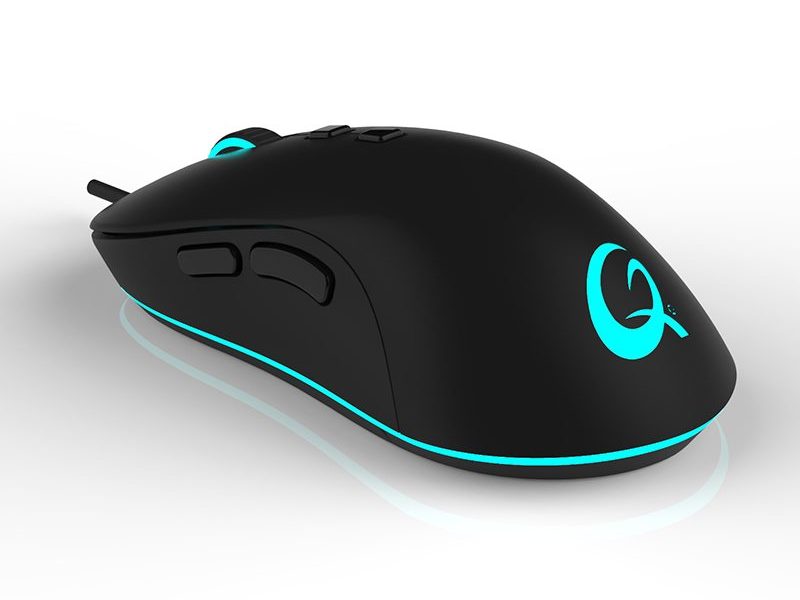 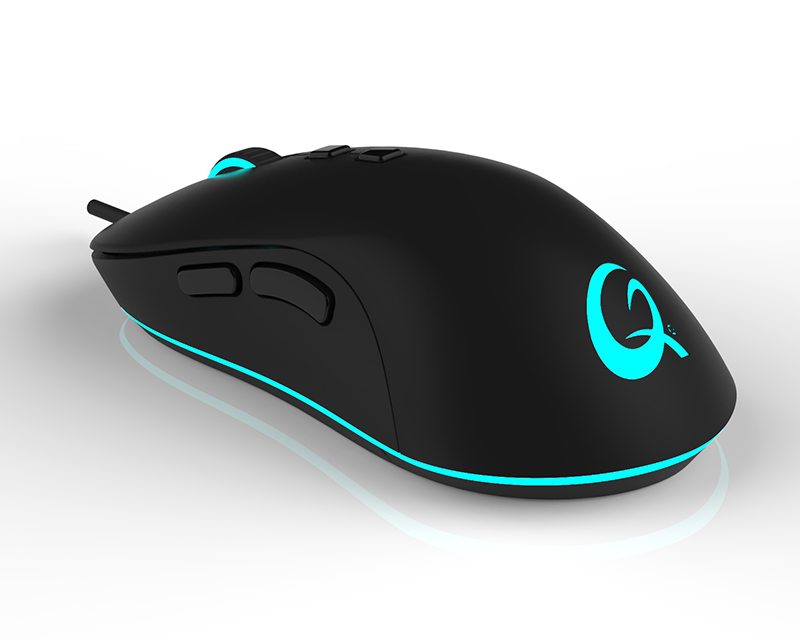 QPAD have crafted an excellent mouse in the DX-20. It’s a successful modern take on the legendary Microsoft Intellimouse, backed with intuitive software and gorgeous RGB lighting. While the small size won’t suit all hand sizes or mouse grips, it makes a lot of sense for fans of lightweight mice.

QPAD say that the DX-20 was inspired by the legendary Microsoft IntelliMouse 1.1 (B0029VE4ZU), and you can definitely see the similarities. Both mice have an hourglass figure, a symmetric design that makes them easy to use in a fingertip grip. 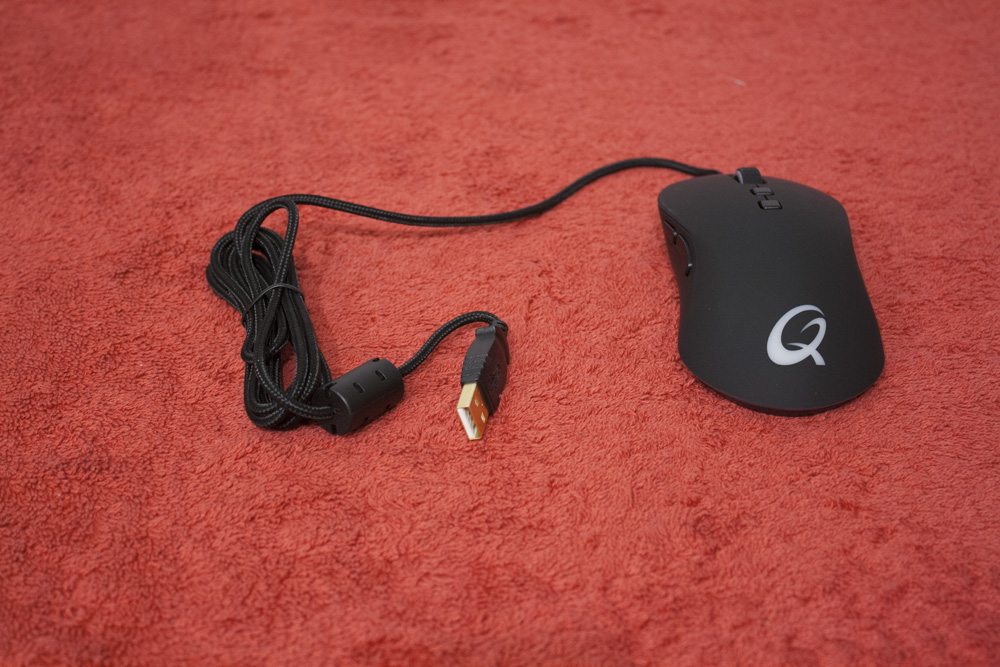 Sadly, the design isn’t entirely ambidextrous, with back and forward buttons on the left side only. These are a little awkward for a lefty to actuate, but their texture at least makes them easy to find. The remaining buttons, for adjusting the DPI settings, sit in the usual place just below the scroll wheel in the centre of the mouse. 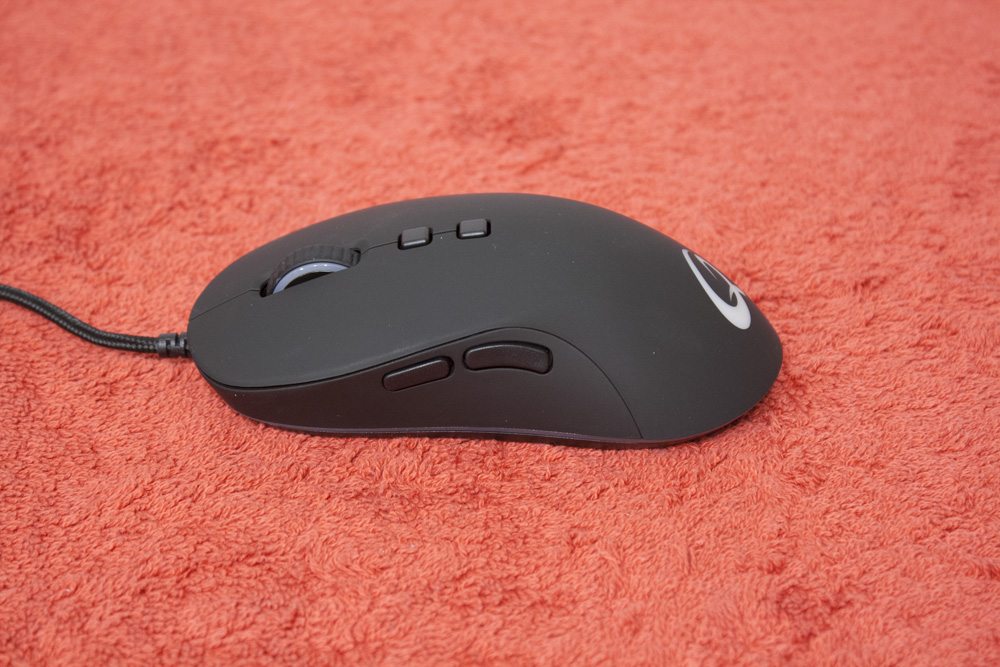 The DX-20 is a tiny mouse at 127 by 64 millimetres, and that also makes it lightweight, tipping the scales at 93 grams. If you have larger hands or a palm grip, you might find the mouse a little too small for comfort. 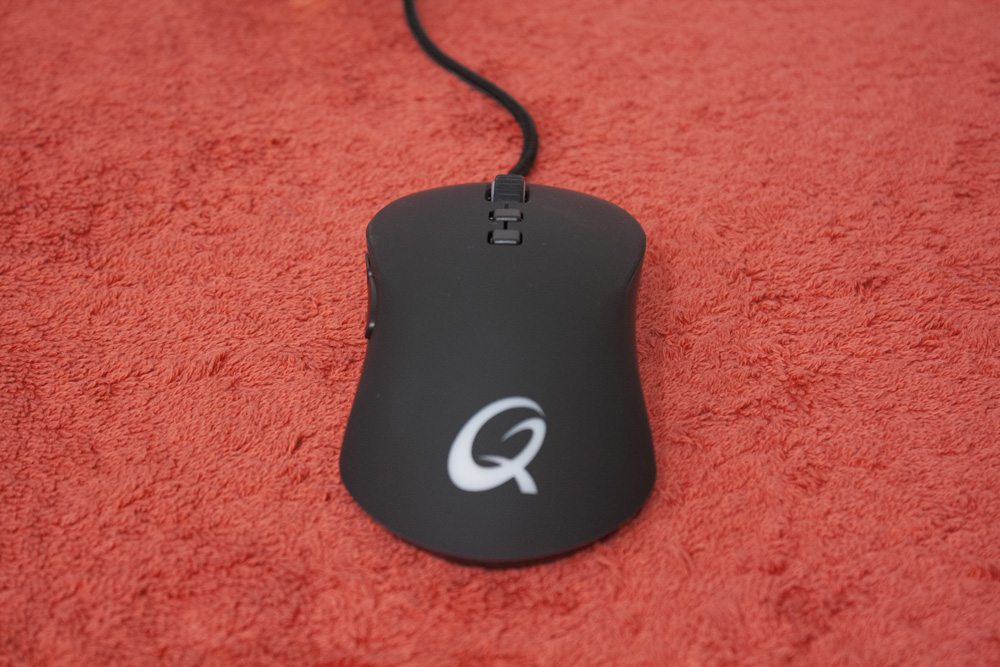 QPAD have included RGB lighting on the DX-20, and unlike many other mice makers they’ve actually included lighting zones that are visible to others while the mouse is in use. So in addition to the usual logo and scroll wheel LEDs, we also have a thin backlit line running around the periphery of the mouse. I think it looks pretty cool, and it provides a bit of underglow as well. 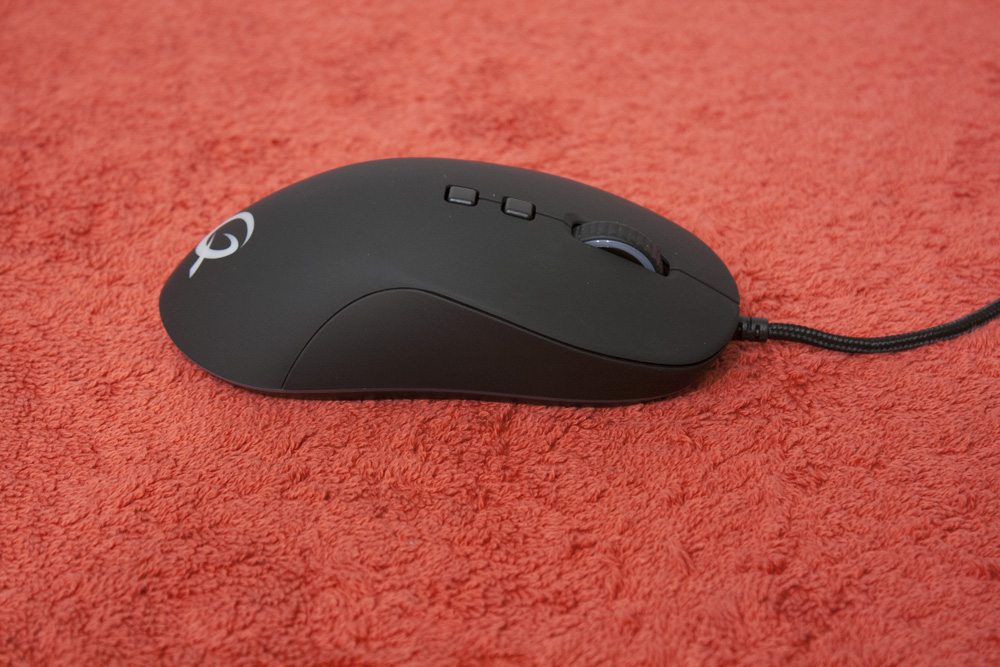 The bottom of the mouse is ordinary, with the Pixart 3320 optical sensor in centre, and two wide skates each on the top and bottom. 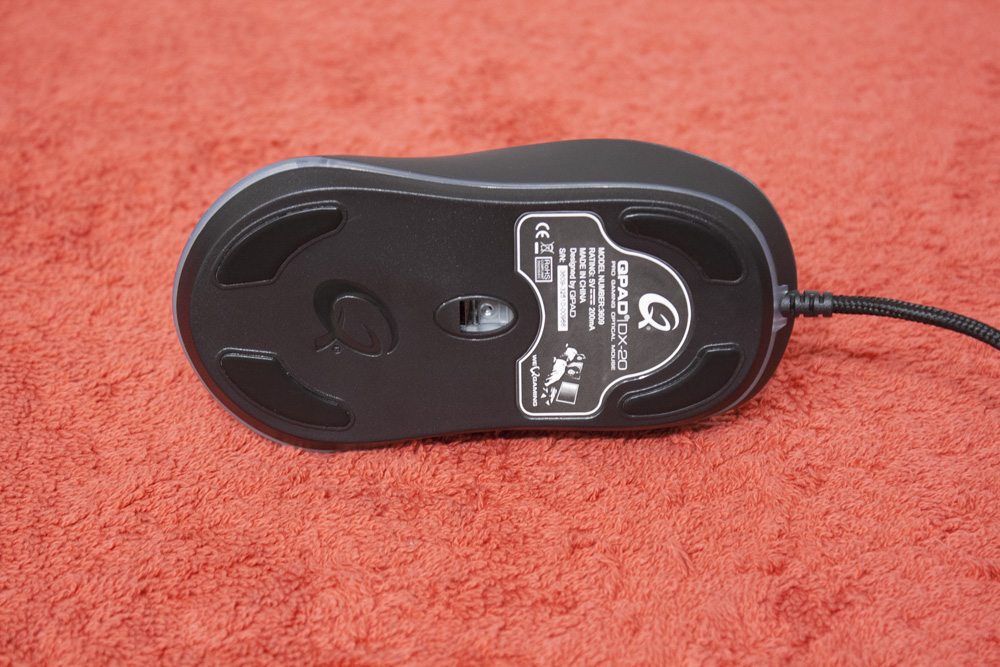 The DX-20 comes with QPAD’s excellent software, which mirrors what we saw on the earlier 8K. The initial screen shows off the various screens available, with different sections for adjusting the lighting, recording macros, changing Windows mouse settings, rebinding buttons and adjusting the sensitivity. There are also links to driver and support pages, which is handy. Everything is well laid out, intuitive to operate and generally well designed. 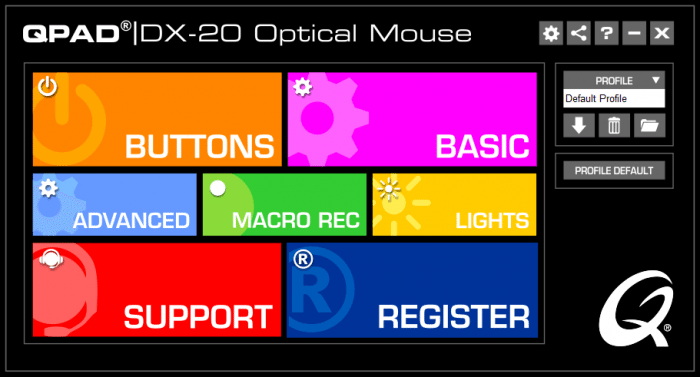 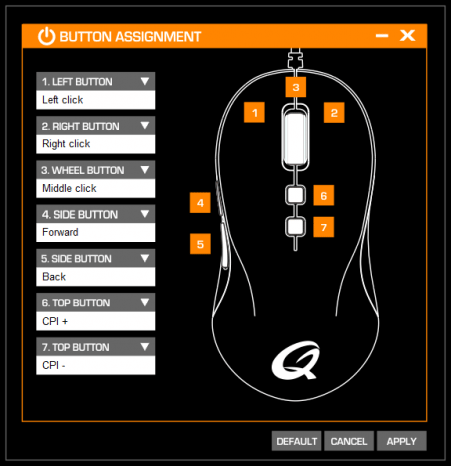 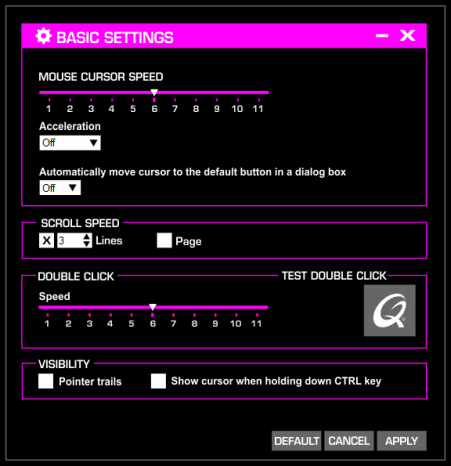 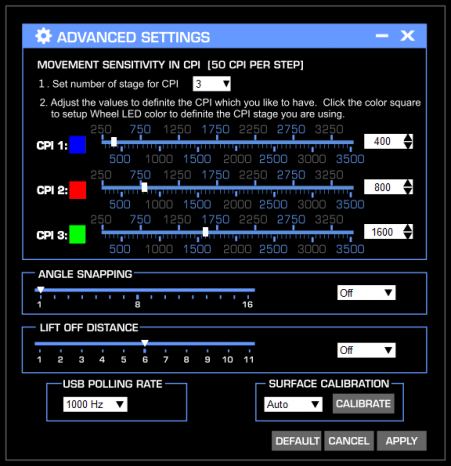 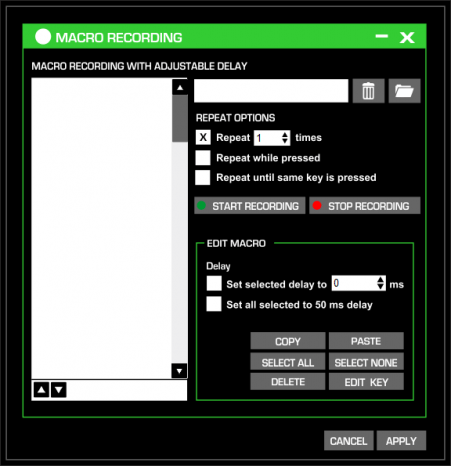 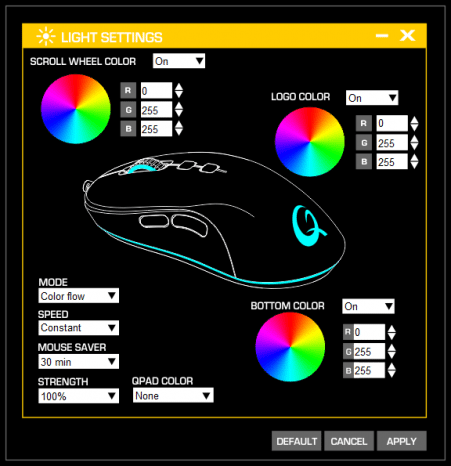 We tested the DX-20 in Counter-Strike: Global Offensive, Company of Heroes 2, XCOM 2 and The Witcher 3: Wild Hunt.The DX-20 felt accurate and responsive in each title, even for competitive Counter-Strike. While the 3320 optical sensor isn’t the most highly regarded (compared to the well-respected 3310), we found no issues with precision, tracking or responsiveness here. 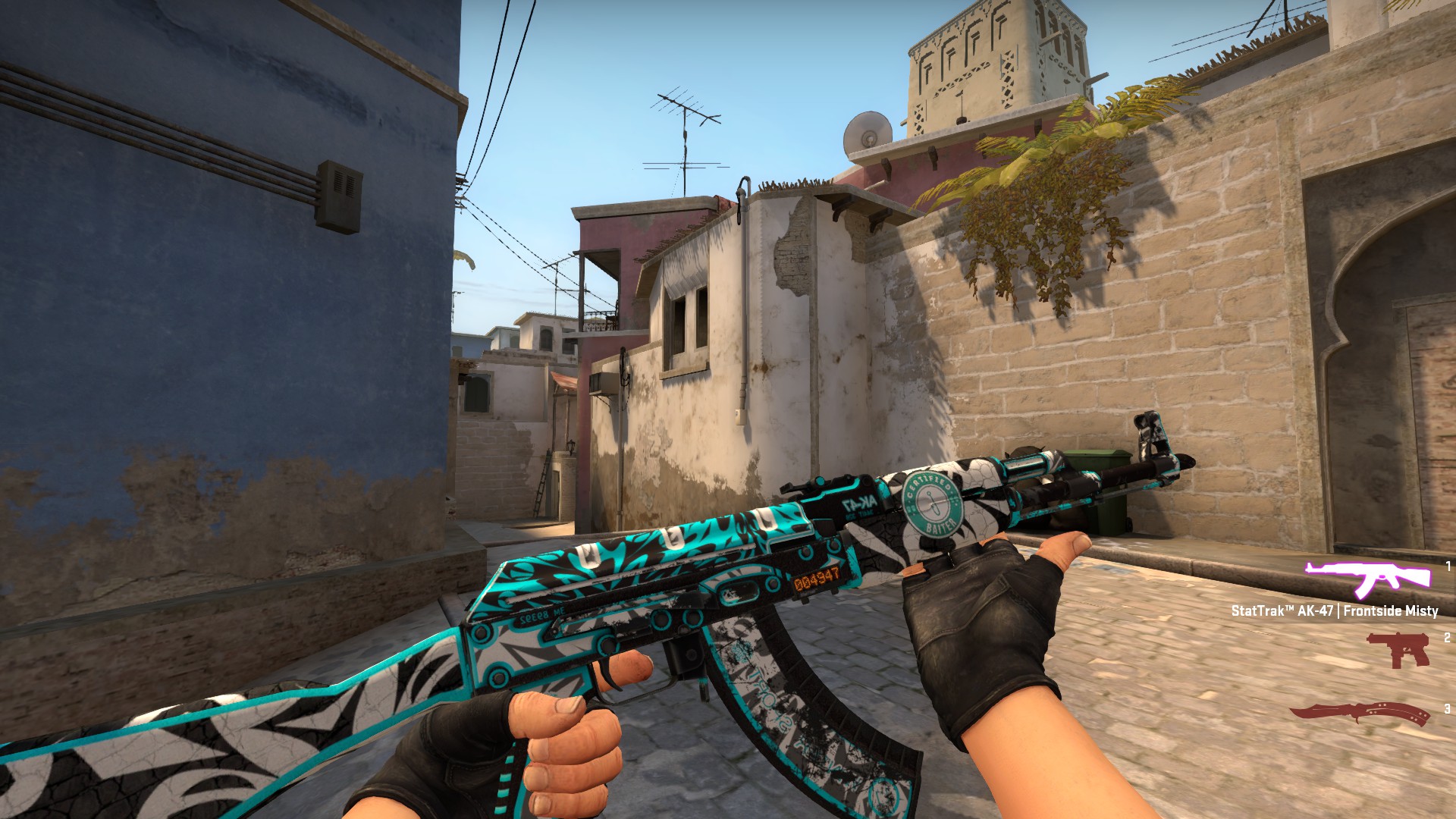 The small size of the mouse means there’s a little less room to rest your hand, but its low weight means you don’t have to exert as much energy pushing it about. It feels a little less comfortable than larger mice for long gaming sessions; after a few hours on the DX-20 we felt a bit cramped. This makes it less well suited for games that tend to be played in marathon sessions (e.g. Civilization V or XCOM 2), but this wasn’t a major concern. 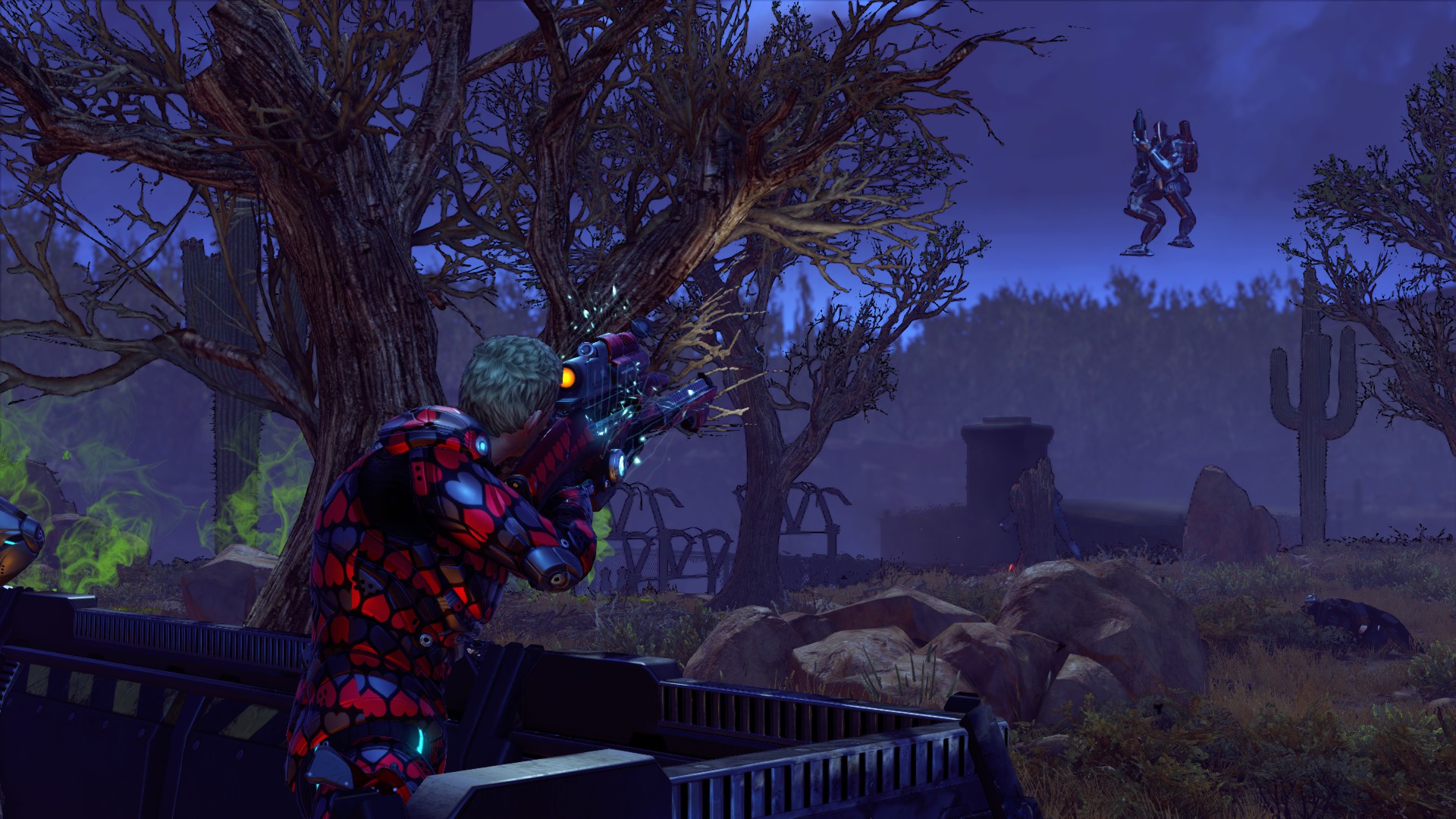 The side buttons are well positioned, and easy to press with your thumb. That’s good for web surfing, where they’ll be used quite often, and of course great in-game as well if you like to bind some additional functions to your mouse. We had a push-to-talk key set to one of the side buttons, which seemed to work well enough. We also appreciated the programmable buttons below the scroll wheel; if you don’t need to adjust your DPI settings often, then you can easily remap these to additional in-game keys. The software for doing this was well designed and straightforward, even for long and complex macros.

We found that the DX-20 was good out of games too, with a fairly tactile scroll wheel, good tactile buttons and of course that beautiful RGB lighting. Some of our colleagues called it superfluous, but the majority agreed it was a nice complement to the Razer Blackwidow Tournament Edition Chroma Stealth sitting alongside it. Now, if only they could be synched somehow…

The slim DX-20 might be a little uncomfortable for larger-handed individuals, but for fans of smaller mice there’s a lot to like here. The optical sensor provides excellent in-game performance, the minimal weight makes it easy to push around a desk and the cleverly designed software is easy to use. QPAD’s new design is definitely a winner, and we hope to see a higher-spec’d loadout on a slightly scaled-up chassis in the future.