Over the past couple of days I’ve been playing Qbeh-1, a first-person puzzle platformer by indie studio Liquid Flower. The game is most easily described as a mixture of Portal and Minecraft; you progress through the game’s serene levels by collecting and placing special blocks, ultimately arriving at a portal to the next level. 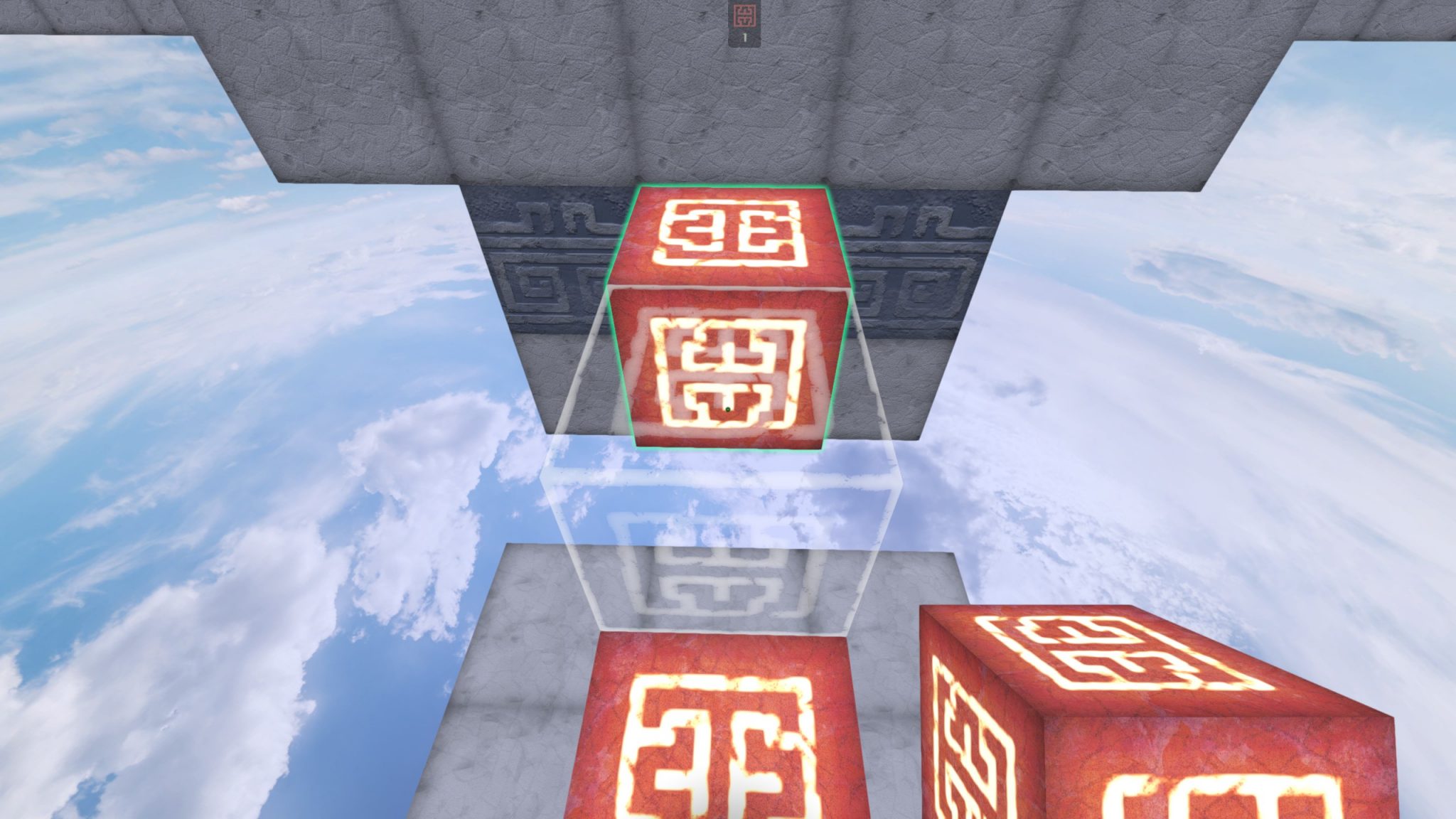 The game’s mood is quite relaxed and introspective; each level begins with a single word displayed on screen and no further direction is given. This means you’re left to wander around the rather abstractly constructed level at your own pace, without getting nagged by a narrator or even the musings of your own player character.

Qbeh-1’s ambient score and simple sound effects work wonders to preserve this feeling of peace, particularly in the airy opening levels of the game. Even jumping from the blocks beneath your feet into the infinite sky brings only a brief screech, and you reappear as good as new at the latest checkpoint. 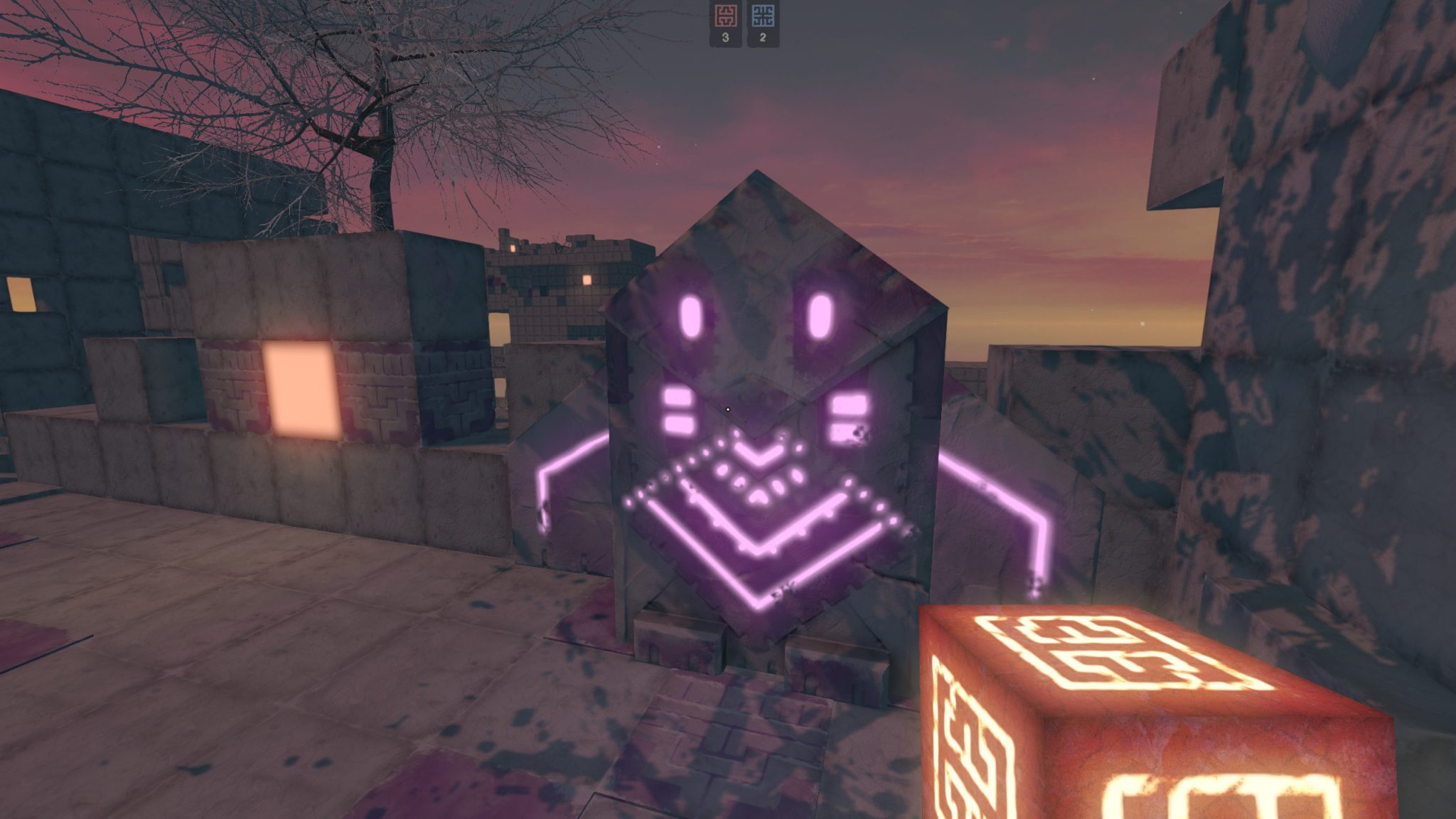 Despite the cubes used to create each level, the overall feeling is natural instead of geometric. Cubes appear cracked and misaligned, and Native American animal motifs and symbols are used throughout. There are even trees and waterfalls in places, comforting despite their sometimes surreal placement.

Each element is more beautifully realised than I would expect from an indie title, from the blocks you carry to the skyboxes surrounding you. The game runs well too, and I had no technical issues at all in the six hours that I’ve played. 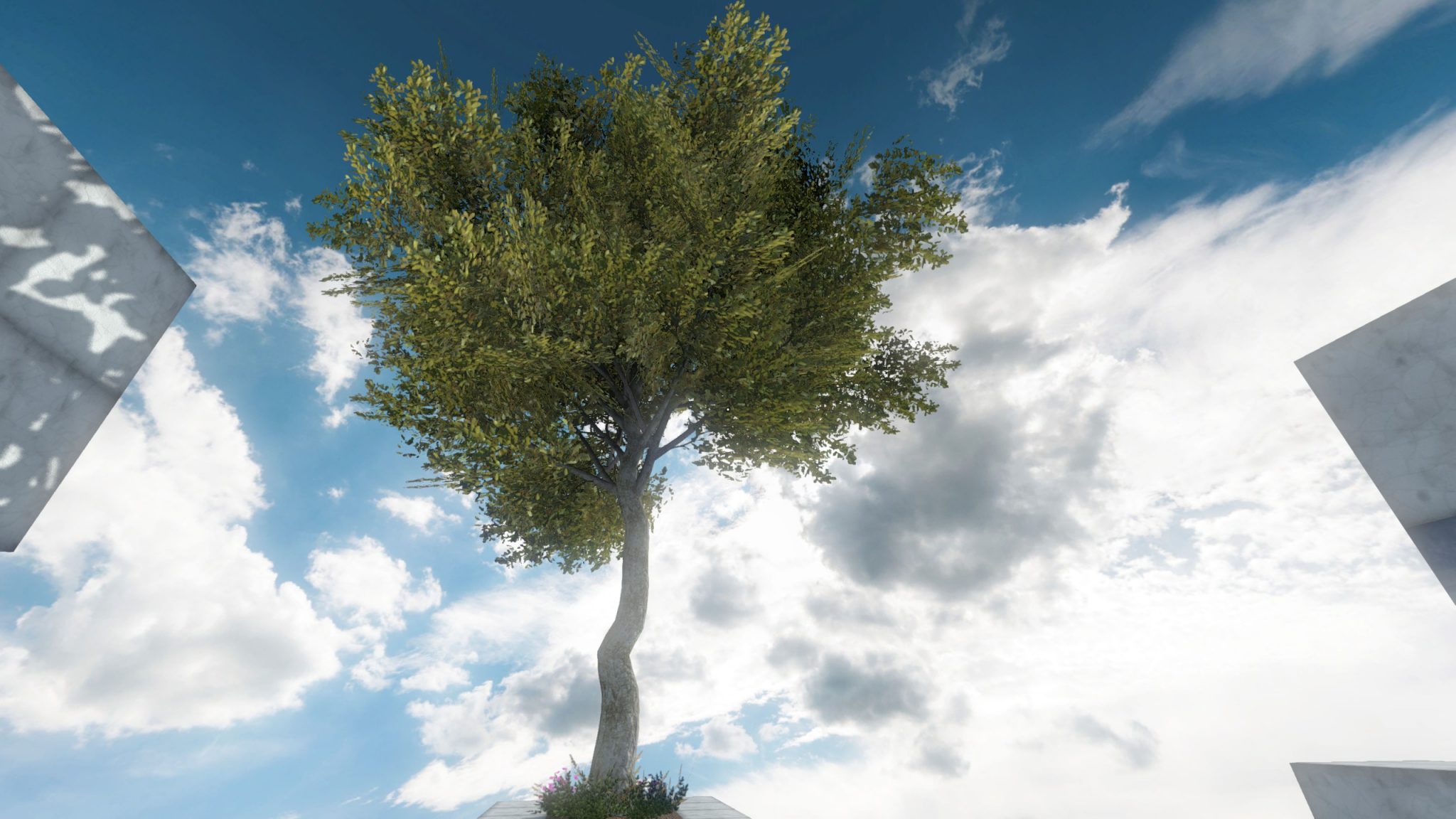 As you progress through the game, the environments become more varied and the challenges more complex. Simple jumping puzzles give way to moving platforms, locking doors and other genre mainstays. Exploration is rewarded, with a hidden golden pyramid in each level to discover. The levels themselves are relatively simple to complete given enough time, but these collectibles provide a challenge for the player looking to prove herself and a nice reward for venturing off the beaten path.

When Liquid Flower first created their student project Qbeh, they hit upon a winning combination of serenity and ingenuity. In Qbeh-1, they’ve done well to preserve these twin themes, polishing and extending them into a captivating full-size game. 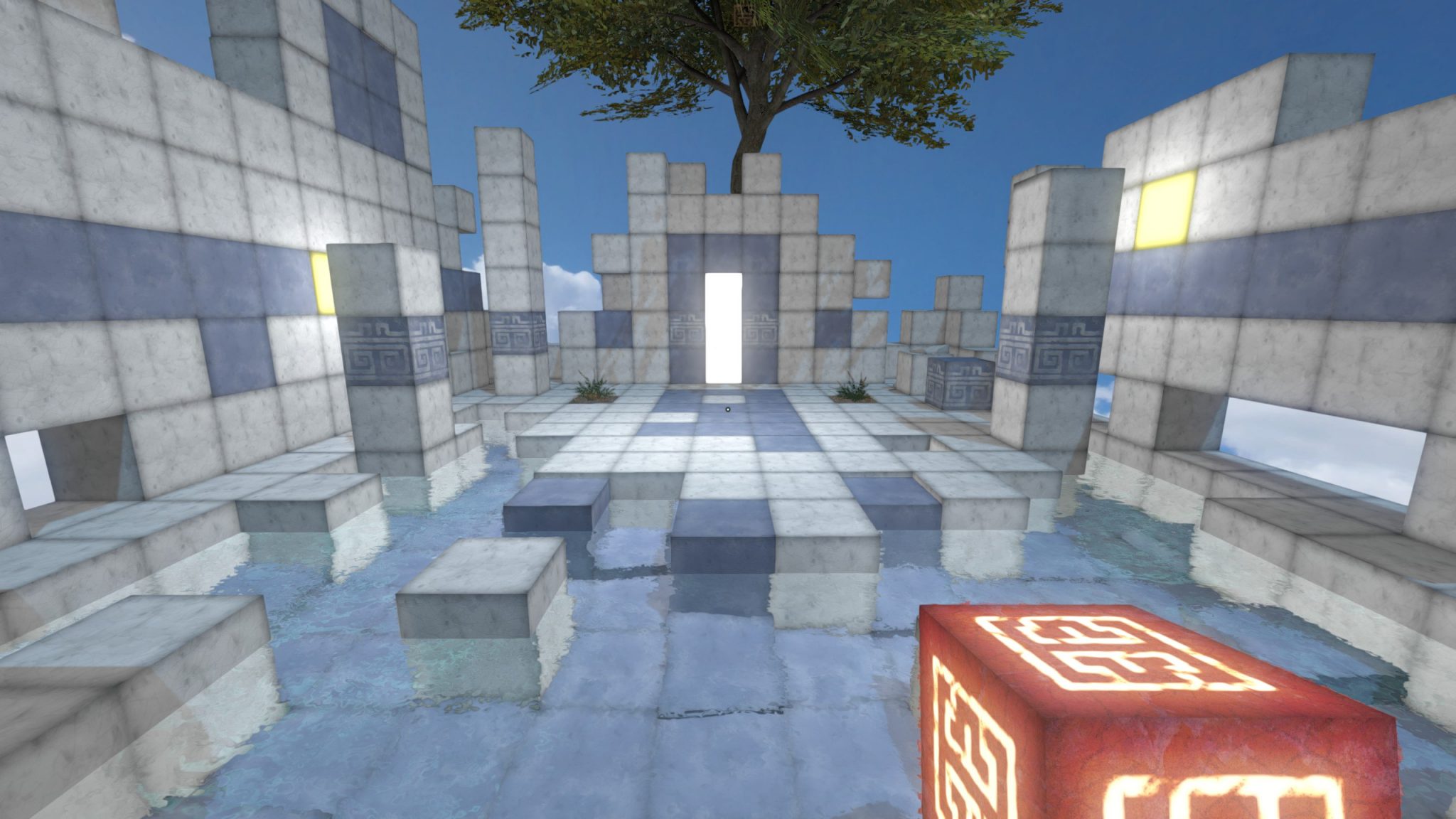 Qbeh-1 is currently available for 25% off its already low price on Steam, and I would encourage you to pick it up. You can find more information on its official page, and via its Steam page here.

Nomad is one of the latest companies to be formed off the back of a successful Kickstarter project. They...