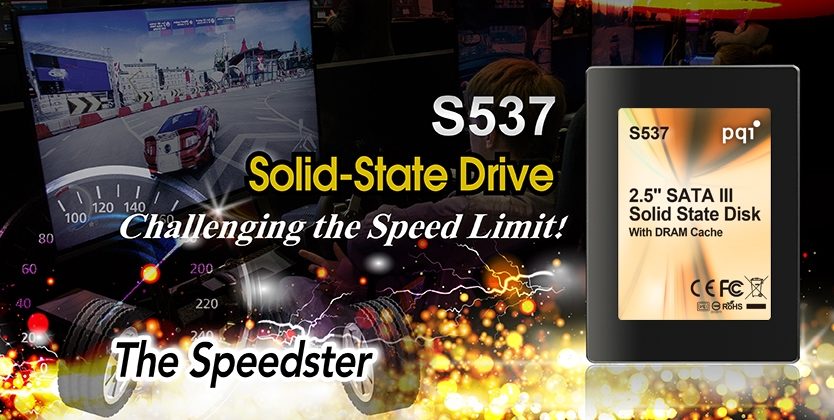 Today’s item on our review bench is a little-known SSD, the S357 from PQI. This is a 240GB SATA drive that claims to be capable of reaching 550 MB/s reads and 450 MB/s writes. Let’s put it to the test.

This is a great product image. Thanks PQI! 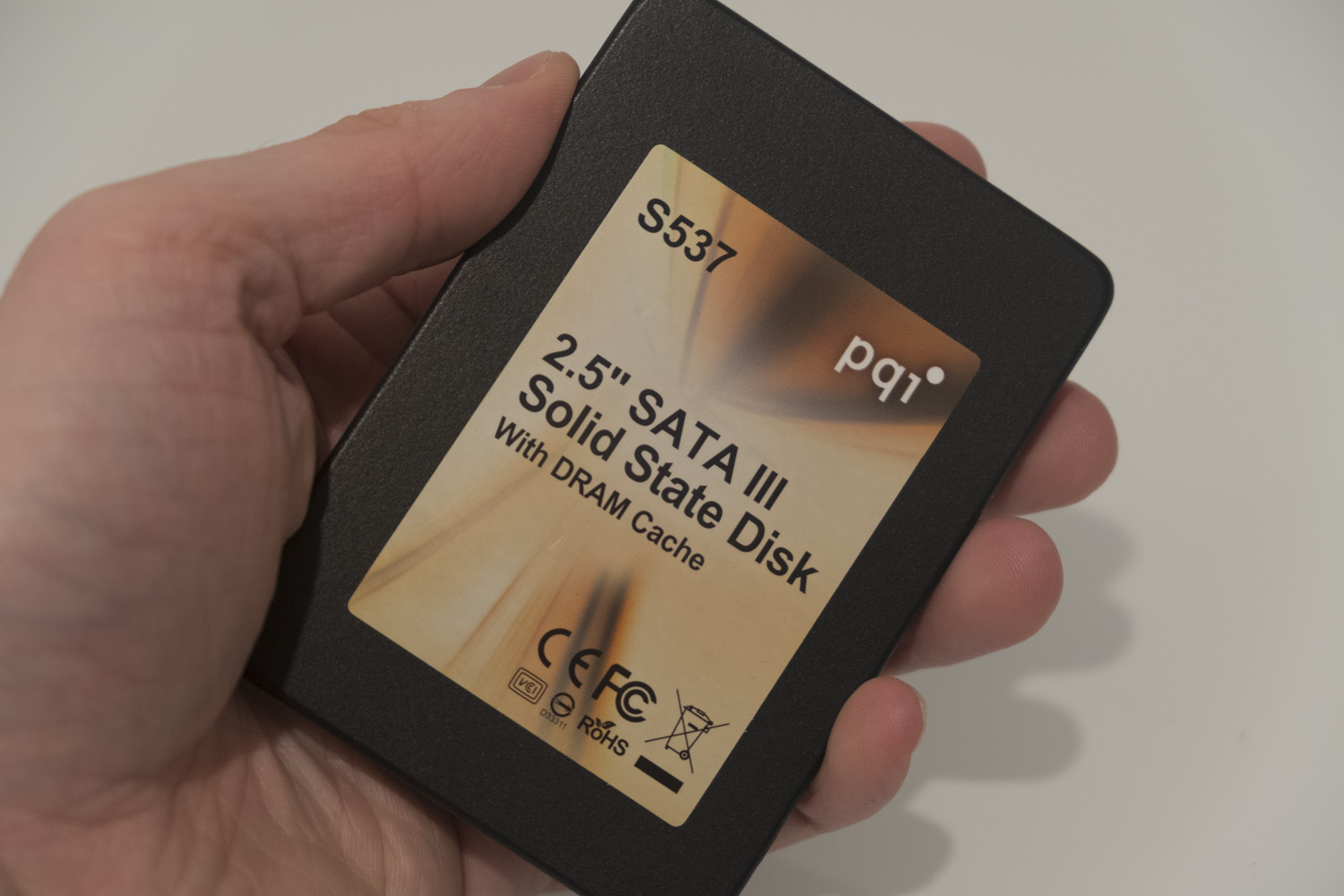 The PQI S537 comes in a traditional 2.5-inch form factor, with a gold-coloured sticker on one side. The drive lacks any other ornamentation or additional features. The colour scheme is showy, but it may not mesh well with traditional ‘gamer-style’ primary colour schemes.

The S537 comes with cloning software, available for download here. I didn’t test the cloning functionality, but the software seems simple enough to use. 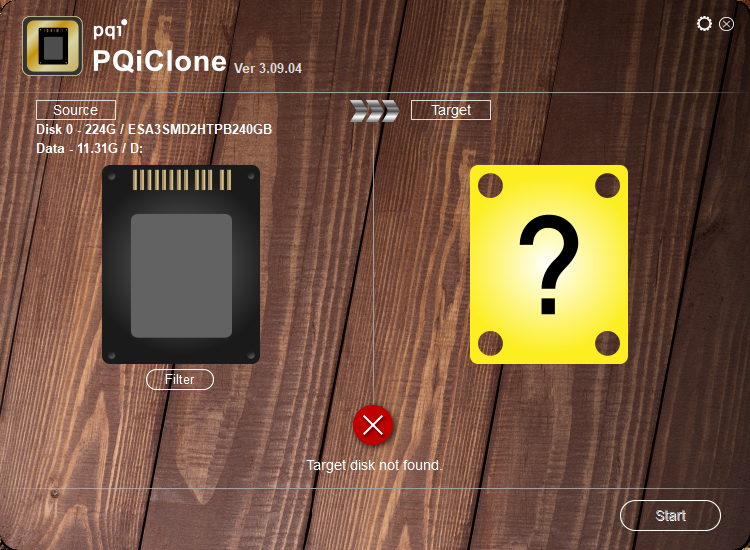 In order to test the speed of the drive, we ran four synthetic benchmarks with varying payloads: CrystalDiskMark, AS SSD, ATTO and HD Tune. Combined, these should give us a good idea of the drive’s performance compared to others at a similar price.

The PQI drive shows interesting results initially, with among the fastest sequential read speeds we’ve seen from a SATA drive at 516 MB/s. Its sequential write speeds are a little behind the curve compared to Samsung’s excellent 800-series drives, but still offer good performance for the price.

However, the 4K chunk results at queue depth 32 are among the worst we’ve seen, showing perhaps a weakness in the drive’s queuing capabilities. In layman’s terms, queuing is used by the drive’s controller to speed up the transfer of many smaller files by preparing a tight sequence that minimises drive downtime. This means that activities that require the reading or writing of many smaller files (e.g. loading a game into memory) may be slower on the PQI drive than on other solid state drives we’ve tested. 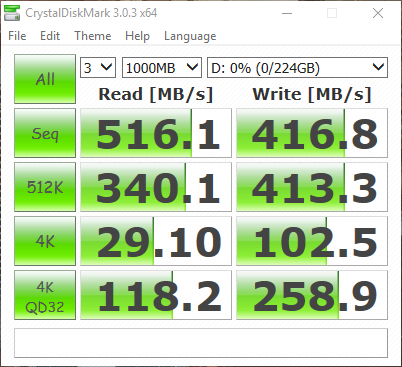 Again, the PQI S537 shows strong sequential and 4K performance, but worse results at higher queue depths, good for a score of 775 overall. 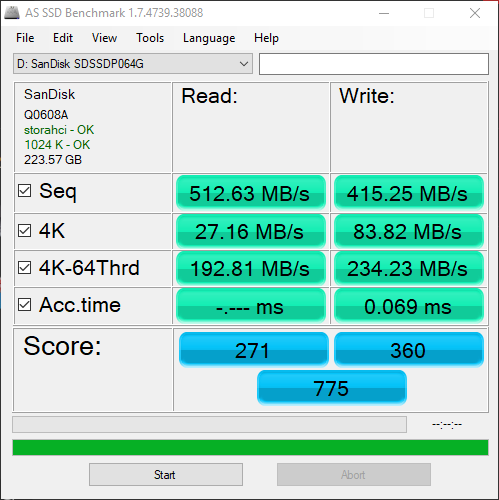 The S537 does reasonably well in the ATTO test, reaching its maximum speed relatively quickly and maxing out with read speeds above the drive’s rating. There is an unusual regression in write speeds though, with results dipping around the 256 KB chunk size mark. This is unusual, and perhaps again a sign that the controller isn’t working as efficiently as it could be. 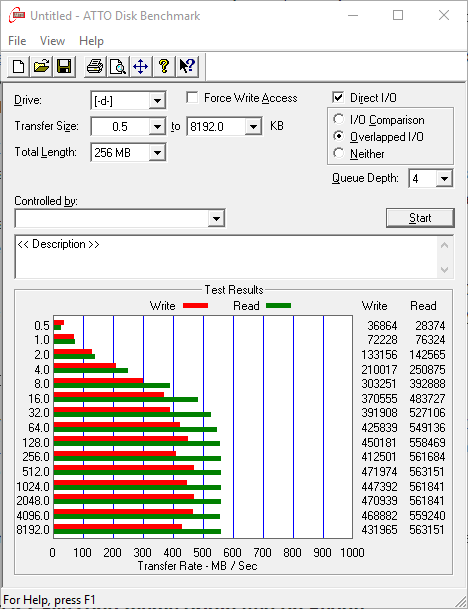 Here the S537 has relatively variable performance, ending up with a reasonable average of 332 MB/s (and, somewhat remarkably, an access time rating of 0.0). The burst rate is good too, at 232 MB/s. Overall, a strong result that doesn’t highlight any flaws. 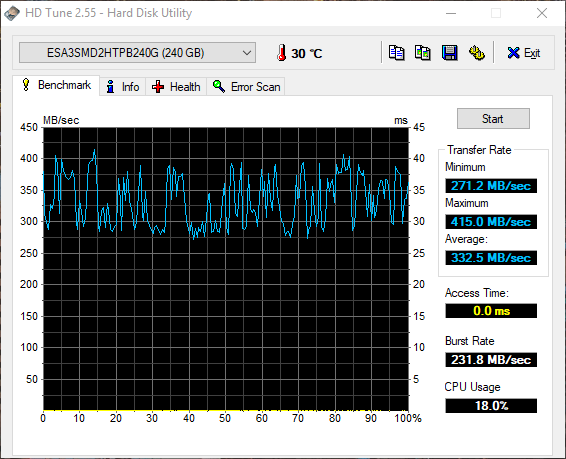 The P537 SSD offers reasonable performance with fast flash memory, despite a few concerns regarding its controller. I’d personally go with a better-known brand if both were at the same price, but if you can find it 10-20% cheaper than a comparable Samsung or Toshiba drive then I’d say it’s worth it. 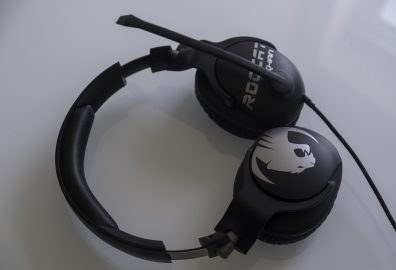 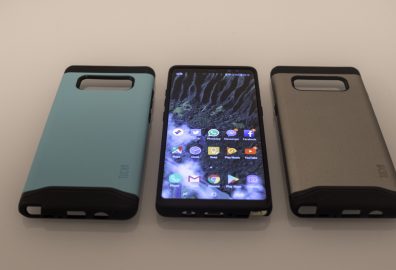