For the past few days I’ve been charging my smartphone, headphones and Switch with a single portable charger: Poweradd’s monstrous 20000mah unit. This power bank supports the USB Type-C Power Delivery specification, allowing it to provide up to 18W of power to a range of USB-C devices.

Crucially, that’s the same rating as Switch, allowing this portable console to charge as rapidly from the Poweradd as it does from a wall outlet. That’s a rare feat for a portable charger, with most others I’ve tested only charging the Switch when the unit in sleep mode or completely powered off. In contrast, the Poweradd can slowly top up the Switch even while I’m playing a game, ensuring my quest to catch ’em all can continue on for far longer than the two or three hours possible with the Switch’s internal reserves – 4310mAh – alone. Given the inefficiencies inherent to charging, you should expect at least two to three full Switch recharges before this USB-C battery pack is exhausted.

Of course, the Poweradd isn’t just limited to charging the Switch. As well as a USB-C port, ideal for charging other USB-C devices and recharging the power bank itself, there are two full-size USB-A ports that can be used simultaneously for charging Bluetooth headphones, smartphones tablets and so on. You’ll find that charging multiple devices is slower than charging one – with the power bank splitting its efforts between multiple ports – but it works well for recharging multiple devices overnight when you only have a single AC outlet available or quickly topping up your phone and headphones if you only have a short time to charge conveniently. I charged my Samsung Galaxy S9+ phone from the unit several times; with about 25% battery left the S9+ reported that it was fast charging and would reach 100% in 1 hour and 17 minutes. That’s about as long as it takes using the provided Samsung Quick Charge adapter, so all good there. 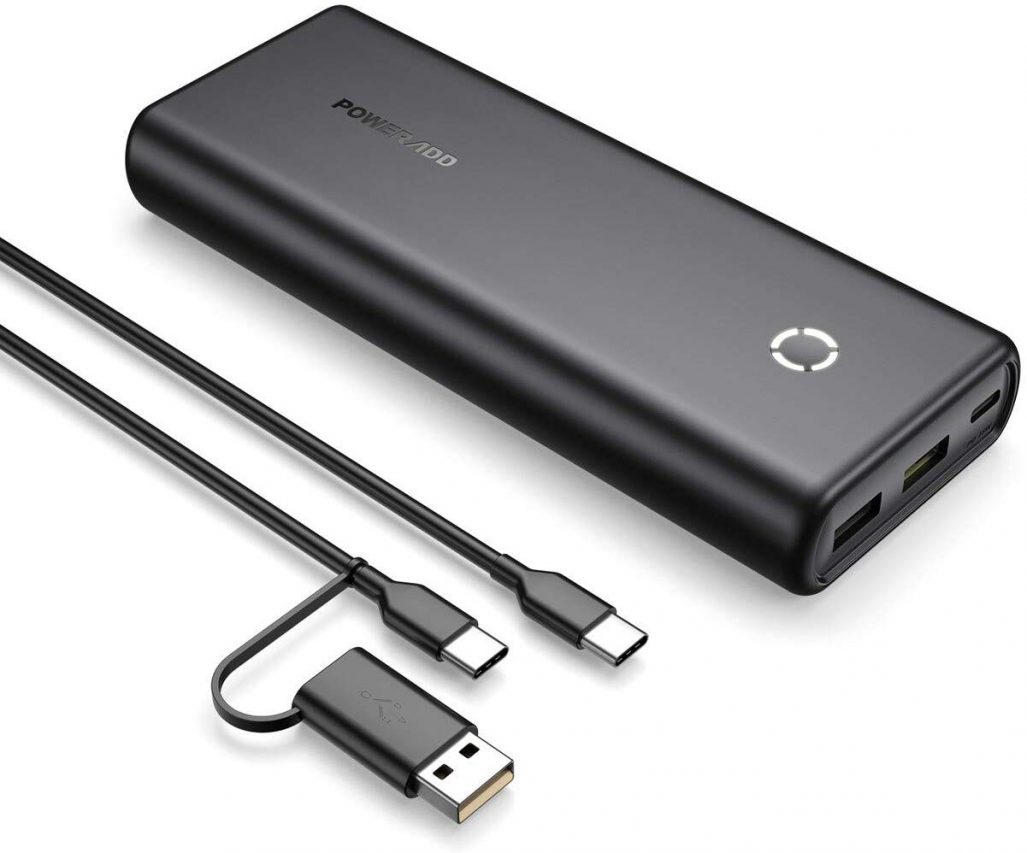 The form factor of the bank is similar to that of a laptop charger, about twice as thick as a typical smartphone in a case, about as long and a little thinner side to side. That means it fits easily into deep pockets, but isn’t as convenient for shallow pockets or the cavities normally offered by Switch carry cases. A small bag is provided with the unit, which is big enough to keep it from getting scuffed and also keep a short charging cable with you at all times. It might also be big enough to store a US or EU USB adapter, but the bulky UK plug didn’t fit for me.

Apart from the ports on one end, the only other feature of interest is a circle on the largest surface of the unit. This circle is lit by a white LED in four quadrants, with light emitted when the unit is charging something or being charged itself. I would have preferred a percentage readout on a battery of this size – 25% of the unit accounts for a not-insignificant 5000mAh – but given the extra complexity and cost this adds, it’s an understandable design choice. A flashlight, another common inclusion on high capacity power banks, is also not included. I’ve never used these even when they are present – and I’ve certainly had to turn them off after they were triggered accidentally – so again, I don’t mind this choice one bit.

Throughout my few weeks of testing, the Poweradd charger performed admirably, topping up devices in record speed without becoming too hot, misrepresenting its internal charge levels or other shenanigans. It also fit better in my jeans pocket than my previous charger, which was about as wide and tall as the Switch, allowing me to conveniently recharge on the go. Therefore, I’m happy to recommend this unit. If you’re in the market for a USB-C charger to top up your Switch, Android smartphone or other USB-C devices, this is a great value at £26. 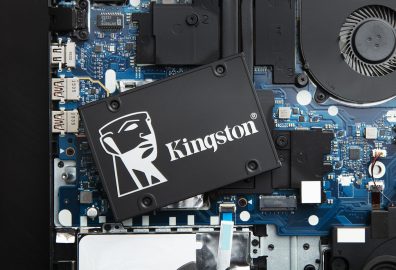 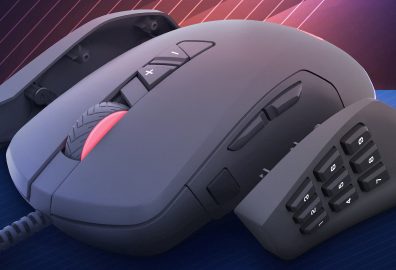