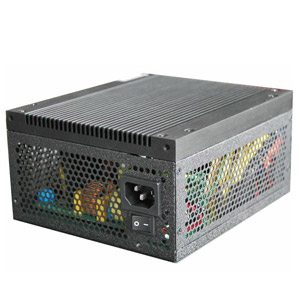 Power Supplies are the cornerstone of an enthusiast’s system. It provides the backbone that everything else works off of, so it’s important to get a good one; an efficient one; a stable one. If you don’t like the whirring of fans too, it might not be a bad plan to get a silent one.

What’s the best way to keep your PSU quiet? Get one that features passive cooling. That’s what I’m looking at today, the Super Flower Golden Silent 500w, passively cooled PSU.

Fancy purple packaging. While Super Talent are one of the younger brands on the scene, it’s not scrimping on art work. This is also noted as the overclock version, allowing it to be bumped up to 600w if needed, though that will drop the efficiency to 80 PLUS Gold, instead of 80 PLUS Platinum as it is normally. 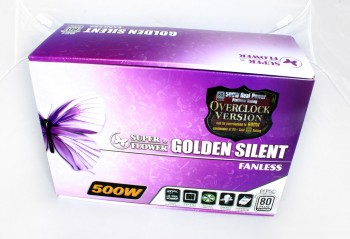 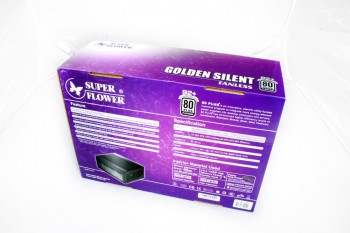 Along with the manual and power chord, your get some additional modular cables, including Molex 4pins, SATA headers and an extra PCIe pair. 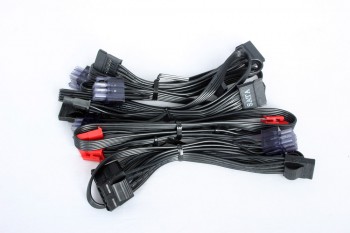 Introduction The Power supply is a component that has become increasingly important in recent years as...

Introduction Another day, another PSU. This time around it’s the Corsair Gaming Series (GS) 800w unit,...