In order to judge the mouse’s merit, I used it over a period of two weeks as my go-to gaming and work mouse. I played the following games in that time:

So mostly FPS, but with a dash of RTS and MOBA too.

Overall,  I found that the Theron was a worthy performer. The mouse’s high DPI sensor was more than adequate for my purposes, with the quick DPI adjust proving particularly helpful for adapting to different games and situations.

In StarCraft II: Heart of the Swarm the mouse did fine. While I’m no pro-gamer, once I got settled in I found that I was able to produce good results, with the mouse feeling overall very nippy and with no problems tracking upon either my bare desks or my cloth mousepad.

In FPS games I found the mouse equally strong, with the high DPI suiting Black Ops II and a rather lower setting for the more laid back Borderlands II. Again, being able to set the DPI on the fly was quite useful. Having three side buttons instead of the usual two was also quite welcome.

I found the mouse quite small, but this was less of an issue than I expected, although I did have to adjust my grip somewhat to compensate. The removable weights I found quite useful, in that I immediately removed them and found the mouse to be very light indeed.

The shape of the mouse was a bit too pointy for my liking, but again this was less of an issue than I feared. I would recommend that those with larger hands opt for a more substantive mouse, but this is an issue of mere preference.

The Theron is a well crafted mouse that may yet be more famous in the west than its pro-gaming designer. While its feature set is more geared towards style than substance, this small and agile gaming rodent hold its own against some of the biggest names in the market. It’s only substandard and occasionally buggy software and a relatively high price tag that’s holding it back. 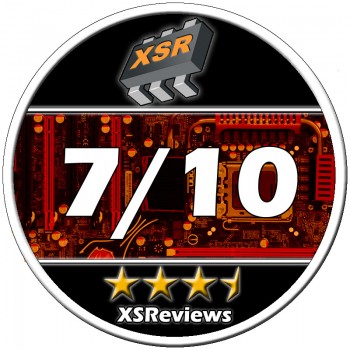 Steelseries produce a lot of gaming peripherals. That's been their focus for a long time. But these days it's...

QPAD, as its name implies, is traditionally a mouse mat manufacturer. These days though, you can't be a one...