The Roku LT is a delight to use, once you get past the setup and can get down to using it, whilst it might not be quite as polished or fancy as some of the other offerings in the market place, it is intuitive and straight forward and manages to be fast and responsive. I’m usually very picky about how responsive technology is, and had been a little concerned that the low price could mean cheap hardware ruining the user experience, but this is not the case at all.

The sensitivity of the remote sensor is sufficient that you don’t have to be perfectly pointed at the player, again sometimes a concern with cheaper devices. Even pointing the remote 90° away from the device worked fine for button pressing.

The device is fanless and completely silent, so when you’re using it you don’t need to worry about any distraction from the device detracting from what you’re trying to watch.

I love that you select the channels to be installed, so don’t have to wade through scores of items you rarely use to get to the one channel you like to use, if it so pleases you then you could remove all but that one channel or re-order them to have it first. 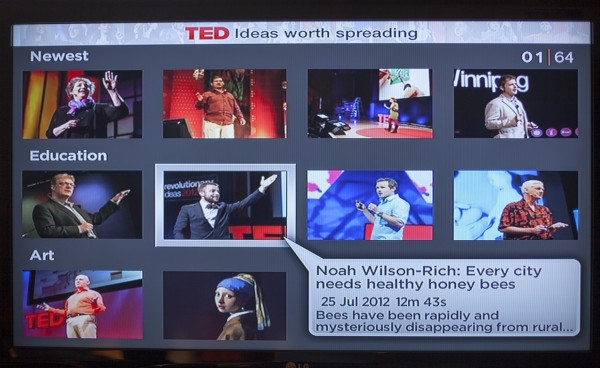 The selection of channels is great, with something there for everyone’s tastes, including the ever popular services like BBC iPlayer, Netflix, TED lectures and Facebook and some of the lesser known ones such as Crackle (which is similar to Netflix but free, though has mostly older movies). It is a shame that some of the higher devices such as the Roku XS have over 600 channels, surely some of those could have been included in the LT ? Another glaring omission is Youtube, which I would have expected to be included in all models of the player due to it’s ubiquitousness and popularity)

One of the channels I  had been particularly interested in was the Plex channel, which allows you to stream media from your own Plex Media Server, which was the system I already have installed on my LAN for media. (If you’re not familiar with Plex, I suggest you take a look at it when you get the chance). 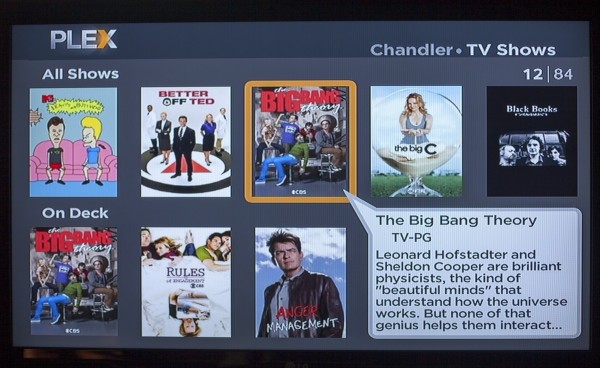 The Plex channel installed, it immediately found my Plex server (without configuration or any effort on my part) and offered up the library to watch, as you see it above. I did however go into the config and tweak the settings later, to ensure the My Plex service was enabled.

My Plex is a remote access service provided free and as standard by Plex, allowing me to watch items on my phone or another computer when away from home. The impressive thing about the inclusion of this in the Roku is that later that night I went to my girlfriend’s house, connected the Roko to her TV and wireless then immediately started watching my media from home. A great solution if you already have a large media library and don’t wish to rely on internet based services such as Netflix.

The quality of playback is obviously subject to which cable you use, the provided A/V or your own HDMI. That said I found both to be absolutely very clear and smooth though obviously better resolution and sharper on the HDMI.  After watching a good many hours of TV from various services I have yet to see any lag, distortion or problems with the image or sound when playing, though I am blessed with great broadband both at home and at my girlfriend’s house. 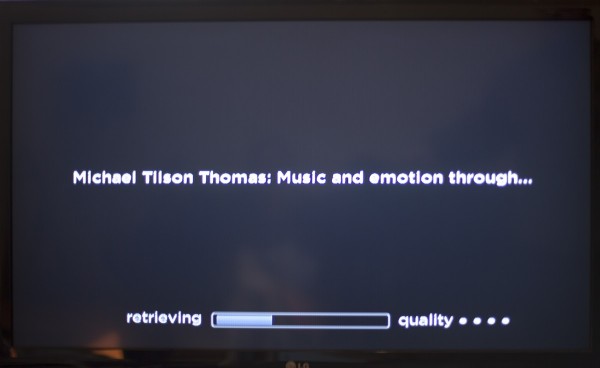 Depending on the service you pick, and especially if feeding Plex from a remote site, you may have to wait a few seconds just for the video to initially buffer before starting, but even at the longest when restricted by the upload speed of my Plex server this was never longer than about 30 seconds.  You should be aware though that sometimes fast forwarding can subject you to a reloading if you go beyond the buffer accumulated (though in reality, i only hit this when trying an excessively long fast forward, not in normal use).

It should be noted that the Roku LT is a ‘streaming player’ only though, and lacks a USB port for connecting a memory stick with any kind of media on, though as this is the bottom of the range model this can be forgiven, and that functionality is available on higher models.