Designed to be worn entirely on your head, the player consists of two speakers that clip to the side of your goggle straps which contain the player internally and are linked by a single cable with a USB connector halfway along it’s length.

Whilst the design means that you have to wear goggles to be able to use the device, it means that there are no cables trailing from earphones which can cause the earphones to be sharply removed by drag from the water, as anyone who has used swimming mp3 players can likely attest.

On one side of the device is all of the the buttons for control of the functions of the player. 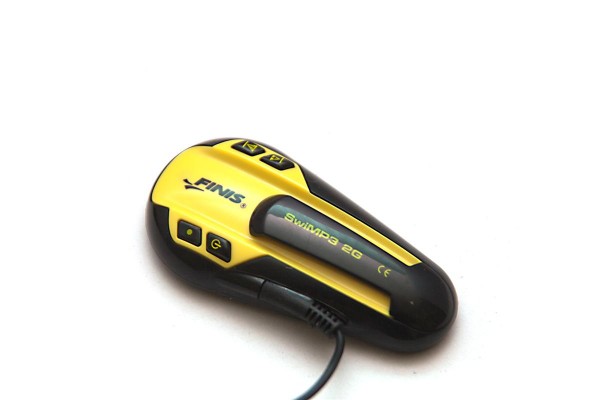 These controls break down as:

Because of the limited number of buttons, as you can see there are some buttons that have multiple use, which seems a bit of a shame considering there are no buttons whatsoever on the other half of the device, I would have liked to see this wasted space put to use to give each button a single use. It would have removed the need for the sometimes esoteric operation. 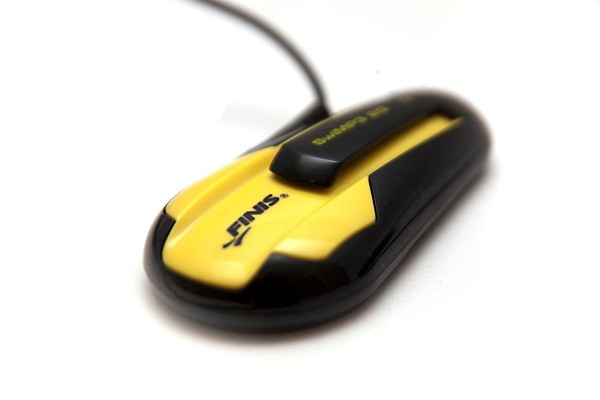 I’d also liked to have seen some of this wasted space put to use to provide a screen for track navigation and feed back other than the single indication light. Though you wouldnt be able to see the screen while in use, it would be handy when starting the player up.

The USB connector is housed in a rubber sheath which closes reassuringly tightly, so should provide a water proof seal for the life of the device without much issue. 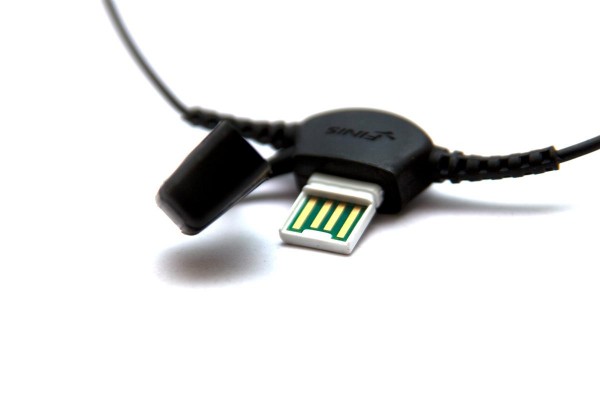 Like most non-fruity mp3 players, the player simply appears as a removable drive when plugged into a computer, and tracks can be dragged on to it using windows explorer or similar file manager software.

Physical Features Our first cable is this one, a PS3 component video cable that translates the PS3’s...

Physical Features When I told a friend of mine that I had a calibration tool to review, he explained what it...