How does one test a tester? Well, it’s all about the results. If this monitor calibration tool works, then I’d expect my display to be noticeably better looking, with more accurate colours and a workable brightness. However, my own tastes aren’t necessarily reliable so I recruited the aforementioned housemates to give a broader viewpoint as to the results provided.

The test subject was my main work and gaming monitor, the Crossover 27Q LED-P. This is a fairly unusual monitor, as it eschews an on-screen display and indeed, almost any controls at all. Instead, it’s just a very high quality panel with a pivoting stand paired with a very attractively low price. This lack of an OSD (on-screen display) makes it ideal for software configuration.

So let’s briefly cover the process of calibration. Step 1 is installing the software – I chose to do this through the website, as my DVD drive wasn’t connected. Once the software is installed, you’re asked to plug in the sensor, warm up your display, check your lighting and reset your monitor to its default settings. From here, you actually start the software and begin the calibration process. 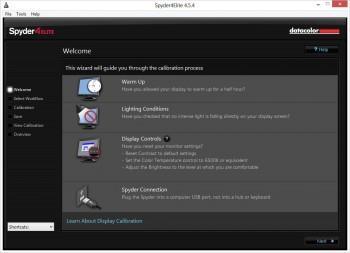 First, you’re asked a series of relatively simple questions about your calibration subject – in my case I stated that I was configuring a monitor with a normal gamut and a white LED backlight. I also stated which controls my monitor had – in my case, just brightness. If your monitor is more commonplace, you’re likely to find it in the included database of monitors, which would obviate the need for these questions.

After your monitor has been identified, it’s time to set your calibration targets, in terms of gamma, luminance and colour temperature. Unless you have a specific reason for doing so, I’d recommend that you leave these at their default values, which are quite sensible. 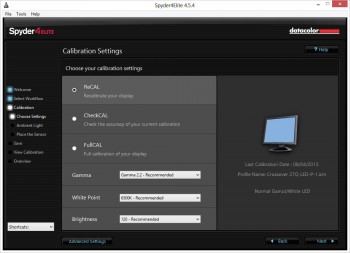 After this, it’s finally time to use the Spyder hardware. First, you’re asked to take a reading of the ambient light in the area – this is done by placing the Spyder in the desktop base, then clicking a button in the software to state that you’ve done so. The measurement is taken, and your surroundings are rated. The software stated that the light levels in my room were suitable for image editing and the like, so I continued. 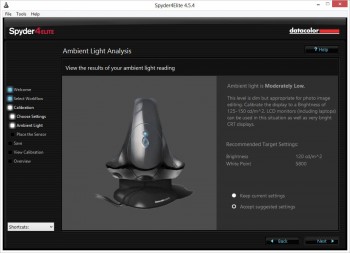 Next, it’s time to put the Spyder on your monitor. A bullseye is drawn on the screen, and you’re asked to hang the Spyder such that it rests just in the centre. Depending on the size of your display, it may be necessary to adjust the counterweight to sit further down the line. 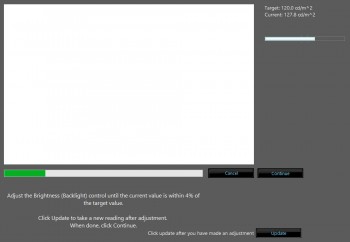 From here, the analysis was entirely automatic. I simply waited and watched as the screen changed colours and the Spyder emitted light. I’d estimate that this stage took about five minutes, and the entire endeavour took perhaps 15 minutes. 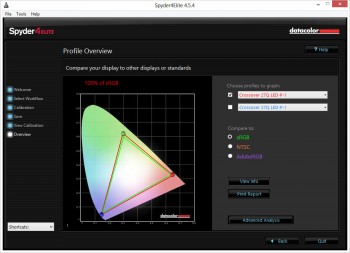 Once completed, the screen looked much less bright (from about 200 to 120 lumens) and much less blue, resulting in overall much more accurate colours. The software gives you a chance to switch between calibrated and uncalibrated settings at a touch, and the difference was readily apparent when looking at the sample images and just my desktop behind. 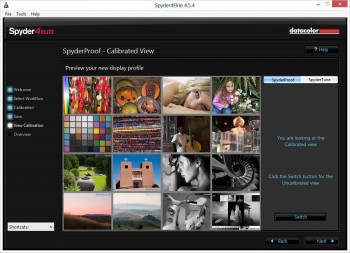 Testing The only logical way to test a device like this is to head to the local pool and listen to some...

While smartphone apps and mobile connectivity are often touted for lots of things, be it fitness, media...