Noise wise the Vacuum does exactly what it says on the tin. In an extremely quiet room, late at night you still won’t hear a peep out of this PC. We were half expecting a little electrical capacitor squeal to be detectable but even with our ear right up to the side panel the only thing that betrays the Vacuum as being powered up is the blue LED on the front. If you are a user who simply cannot stand system noise, this is undoubtedly the system for you. We have looked at several so-called silent systems in the past, but this is the first to actually deliver on that promise.

To test for temperatures we loaded up Prime95 and stressed out all Cores to 100% load. After 20 minutes or so the CPU temperature finally levelled out at a perfectly satisfactory 65 degrees Celsius. The heat sink within the case gets very hot indeed to the touch, but as it has to dissipate the heat generated by a 100W TDP processor with no airflow at all, this is hardly surprising. Turning off Prime 95 the temperatures quickly fell to around 35 degrees Celsius – an incredibly impressive idle temperature.

The GPU temperatures were a little warmer; the Sapphire card idles at around 50 degrees C even when sitting on the desktop. To heat things up we loaded up FurMark – an ultra-intensive video benchmark that renders a furry doughnut in ultra-high detail. After around 20 minutes the GPU temperature stopped climbing, reaching a maximum of 94 degrees Celsius. This is certainly hot, but when one considers that even actively cooled high-end GPUs reach temperatures in the high 90s, we are confident it doesn’t represent a problem. At no point did we detect any artefacts or distortions in our benchmarking tests, and we looped the system running the demanding “Heaven” benchmark demo overnight to be sure the cooling system didn’t become overwhelmed.

The overall performance of the A8 3870 has already been covered in detail by many other review sites, so we are going to keep things relatively succinct here. Compared to the similarly priced Core i3 2100, the 3870 is a little faster in tasks where it can flex its four core architecture, and a little slower in tasks where it cannot. Compared to a quad core Intel chip like the ubiquitous Core i5 2500K the 3870 is considerably slower. Despite this, the Fusion Vacuum feels very snappy indeed. For general usage applications start up pretty much instantly thanks to the solid state drive, and the system boots Windows 7 in less than 20 seconds from a cold start. If you are constantly hammering away with video encoding workloads something based on an Intel Sandy Bridge quad core solution is going to be a significantly faster (and more expensive) proposition.

Its snappy overall performance is backed up by a very healthy PC Mark Vantage score of 11,542. You can see how that compares to your own PC by running the same benchmark (it’s free to use for a single run).

The machine also delivers a solid score in Cinebench R10 of 12,557 – again this is a free benchmark against which you can compare your own system.

Chillblast has configured the Vacuum in a hybrid Crossfire configuration, whereby the performance of the IGP and the discrete card are combined to deliver improved performance. The 6670 is a mid-ranged card, so its gaming prowess is not going to be jaw dropping, but the Vacuum was not intended to be a gaming behemoth. Instead it is marketed a system that offers credible and playable gaming performance in the latest titles. To that end we wanted to see what sort of in-game settings we could enjoy at the now ubiquitous full HD resolution. We consider “playable” to mean a smooth gaming experience with no noticeable stutter, even when things on screen get busy. We have also shown screen shots below to show the sort of visuals you can expect at these levels of detail.

In Skyrim we were able to use the “High” pre-set and achieve perfectly playable results. The frame rate when walking from your starting point to the nearest town averaged 44fps in fraps, dropping to a low of 34fps when we encountered a high concentration of magical effects and MOBs in the same scene. All in all it felt totally smooth and achieved an excellent level of detail – as shown in our screen grab. 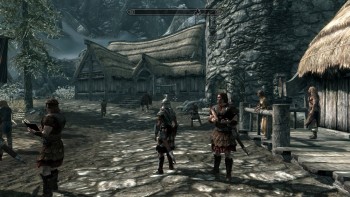 In F1 2011 we were able to play with a perfectly smooth frame rate with all settings at “High”. The frame rate averaged 58fps, with a minimum of 42fps. At the highest in game settings the frame rate averaged 29fps – just a little below what we consider to be perfectly smooth. At the high pre-set the level of graphical detail is still stunning – far better than the Xbox 360 or PS3 versions manage. 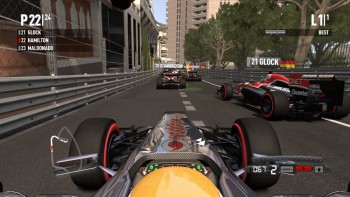 Unsurprisingly Dirt 3 behaved similarly to F1 2011 (the two are based on the same engine), but as it has a lot more particle effects it’s more demanding. All settings to medium was perfect, but with all settings maxed out the frame rate was a too choppy for good playability. At medium settings we achieved an average frame rate of 36fps with a minimum of 30fps. At Ultra, the frame rate sat at 22 fps average and fell to 19fps at the most intense part of the race. At this level of detail Dirt 3 still looks mighty impressive, with great particle effects and again, a level of detail on a different plain to console variants. 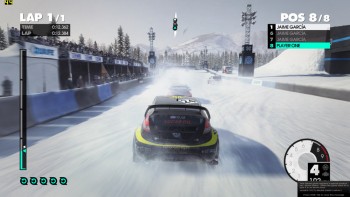 In AvP we were able to achieve excellent results in DX11 mode, with Texture Resolution set to Very High and Shadow Detail set to High, both of which are the maximum allowable. Ambient Occlusion and Anisotropic filtering were also enabled along with DX11 features of Tessellation and “Advanced Shadows”. Playing through the first mission we averaged a frame rate of 44fps, with an acceptable minimum in the busiest periods of around 38fps. 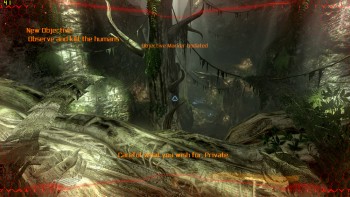 All in all we were very impressed with the playability of modern PC games on the Fusion Vacuum. The in-game settings couldn’t be maxed out for the more demanding titles, but for a passively cooled PC the level of detail achievable is nothing short of excellent – and well in excess of what you would achieve on any next generation console.

In order to test the effectiveness of the Hybrid Crossfire we chose to run 3DMark 2011 – a synthetic benchmark that returns highly repeatable results, ideal for direct apples-to-apples comparisons. With the extreme pre-set selected, running the test using only the video card returned a result of X553. With the IGP linked in with the 6670, the same test returned a score of X808. That’s a difference of 46% – certainly not to be sniffed at and accounts for a great deal of the Vacuum’s stellar gaming performance. Had the same system been outfitted with a conventional Ivy Bridge based chip, the gaming performance would be a lot slower, as only the performance of the 6670 would be available.

Testing Methodology So how does one test a pair of gaming glasses? Well over the course of several weeks I...