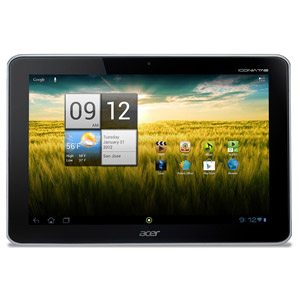 The tablet market is in a state of rapid change. It became the hot new stuff at the beginning of 2011 with the Consumer Electronics Show in Las Vegas and Apple’s new iPad, but just a year later with the entrance of Google’s Nexus 7 and Amazon’s Kindle Fire, the bottom has fallen out of the market.

Manufacturers are now competing for a budget $200 price point as well as that $500+ premium bracket that’s typically been occupied by the iPad. Just as 10″ tablets make up the majority of the $500+ market, 7″ tablets have become the new norm for a $200 machine.

The Acer Iconia A210 is Acer’s attempt to capture a point between those two markets, with a £234 (~$350) asking price. Will the new tablet help carve out a third price point with its mid-range features, or is it destined to fall behind its more popular brothers? Let’s find out. 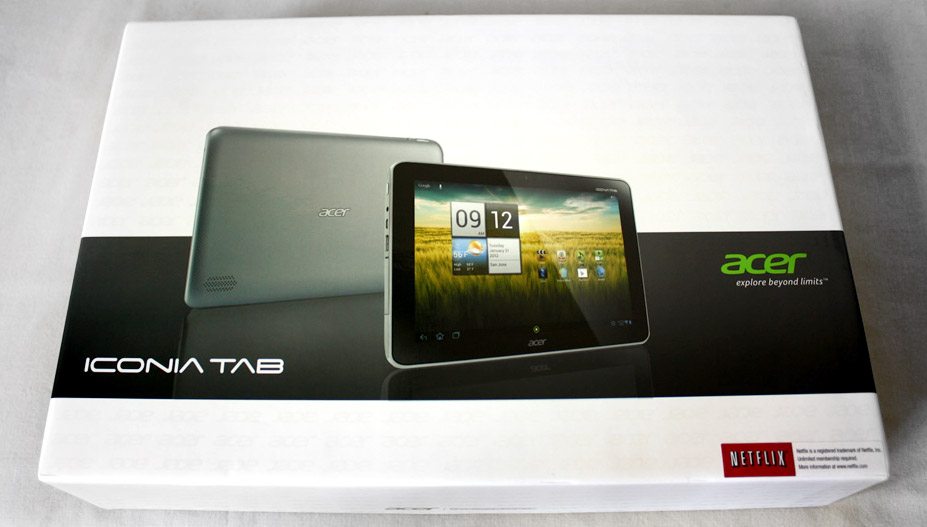 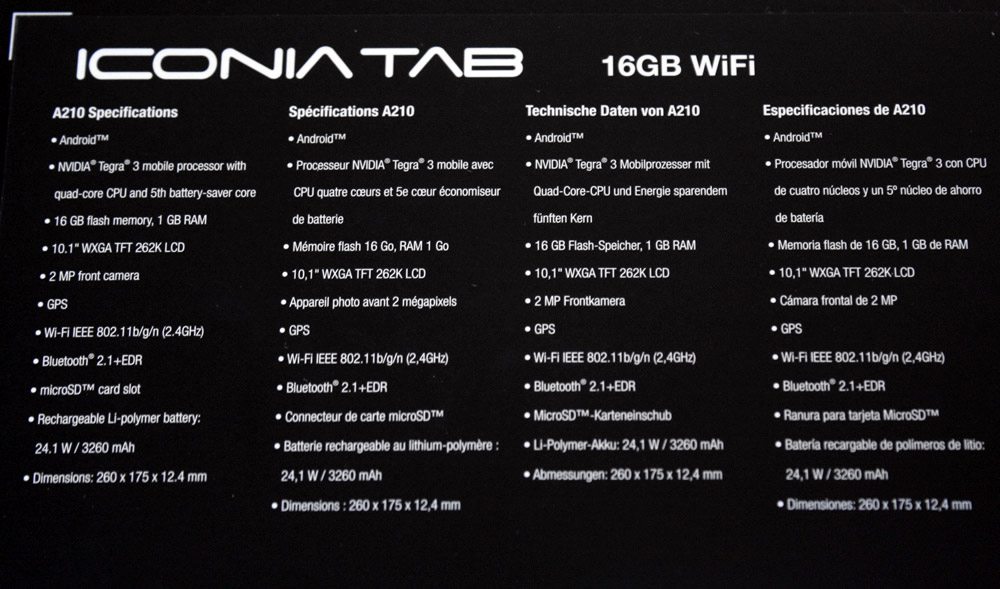 Taking off the cover of the box, we see some helpful instructions on plugging in and turning on the tablet, as well as using your fingers to type on the screen. 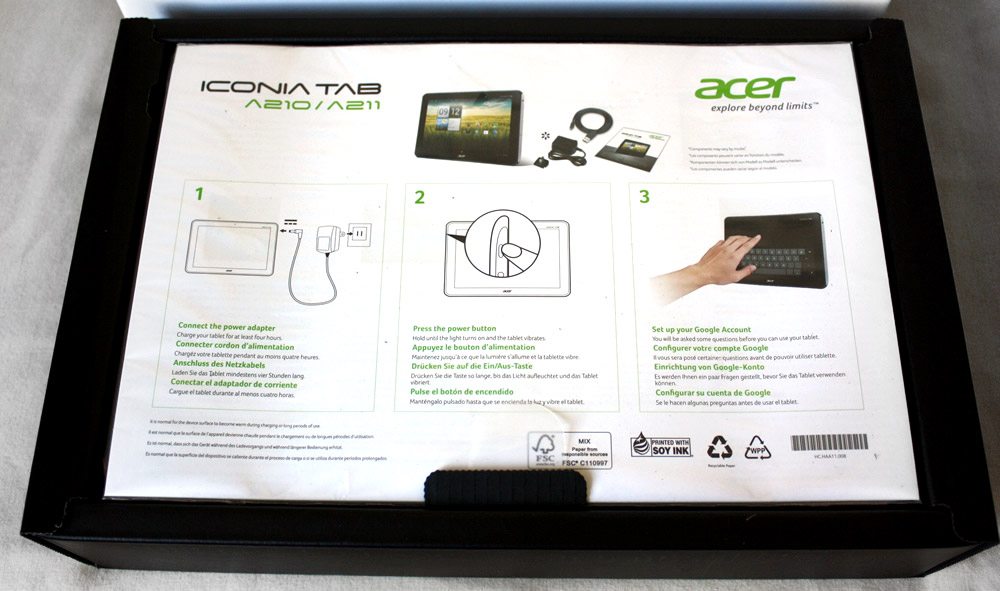 Taking out these instructions, we get our first glimpse of the tablet itself, hidden behind a temporary screen protector. 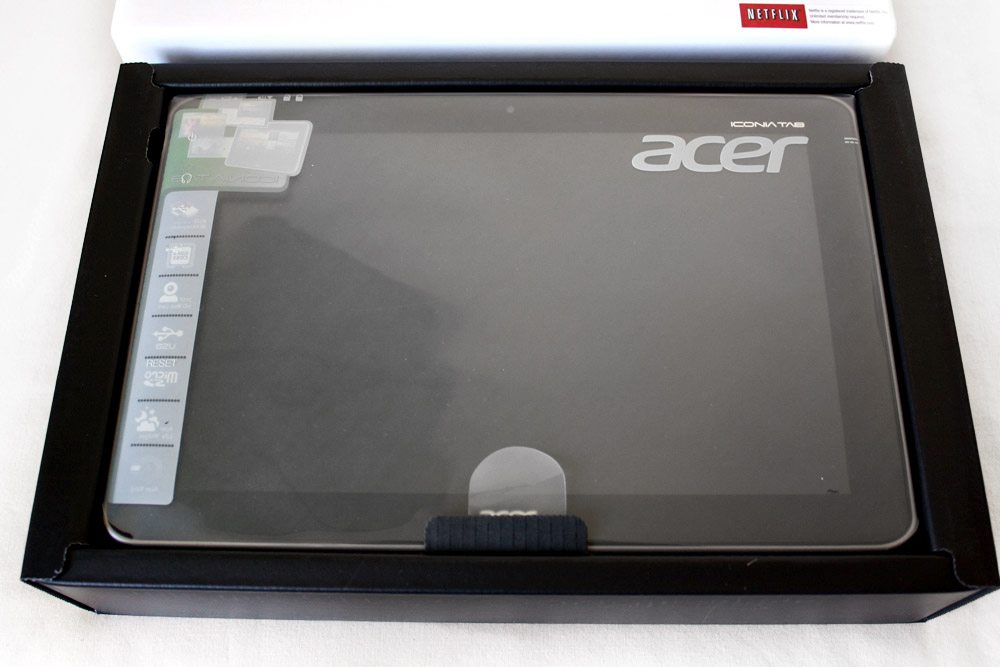 Now we get a look at the goodies below, all very nicely stored in the cubby holes in the box. 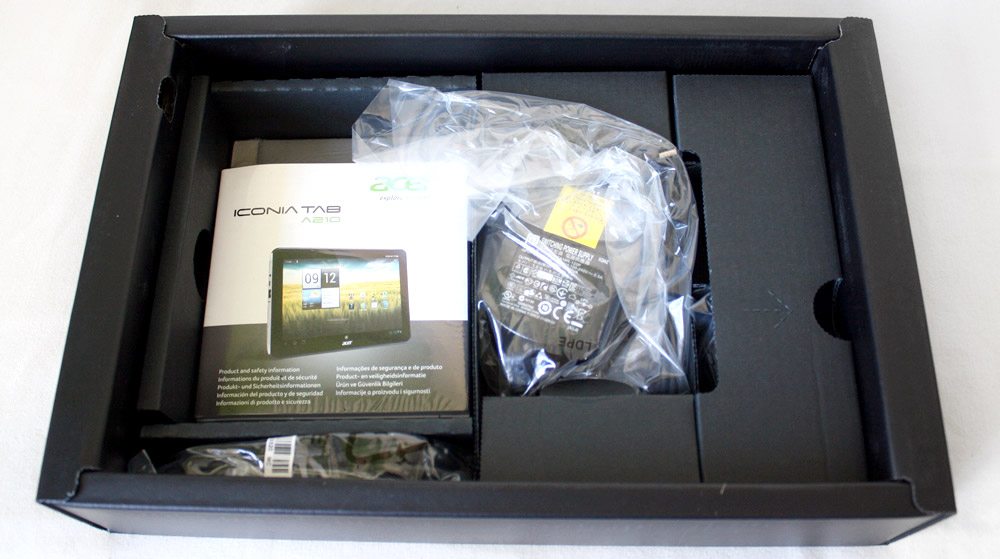 We’ll take them out and have a look. It’s pretty simple stuff, really – There’s a micro USB to USB cable, a charger, a UK adapter plug and a couple of manuals and other information. 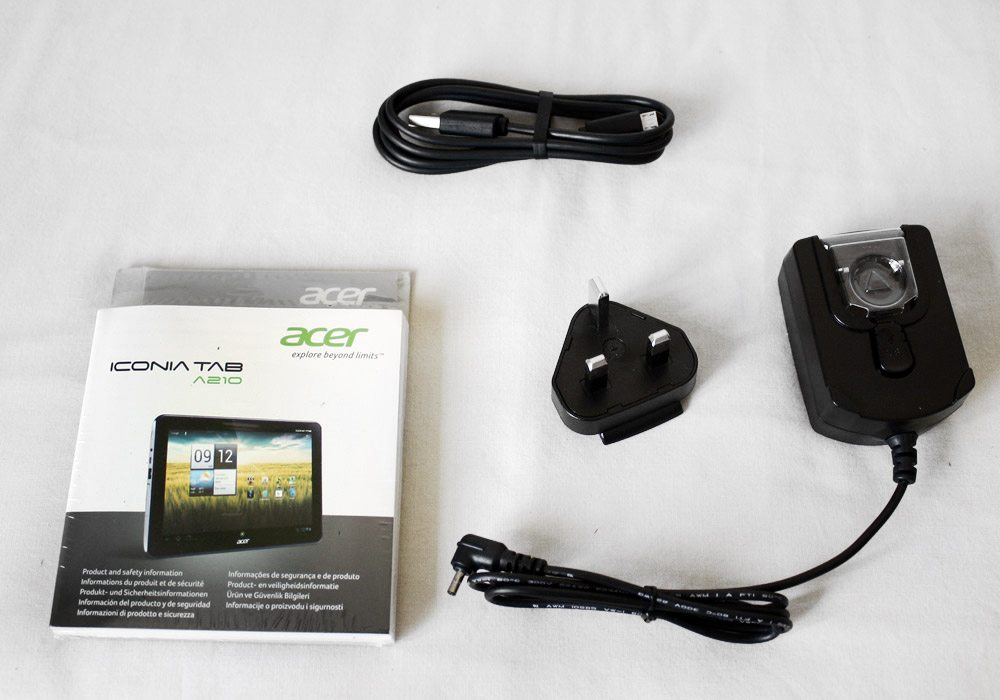