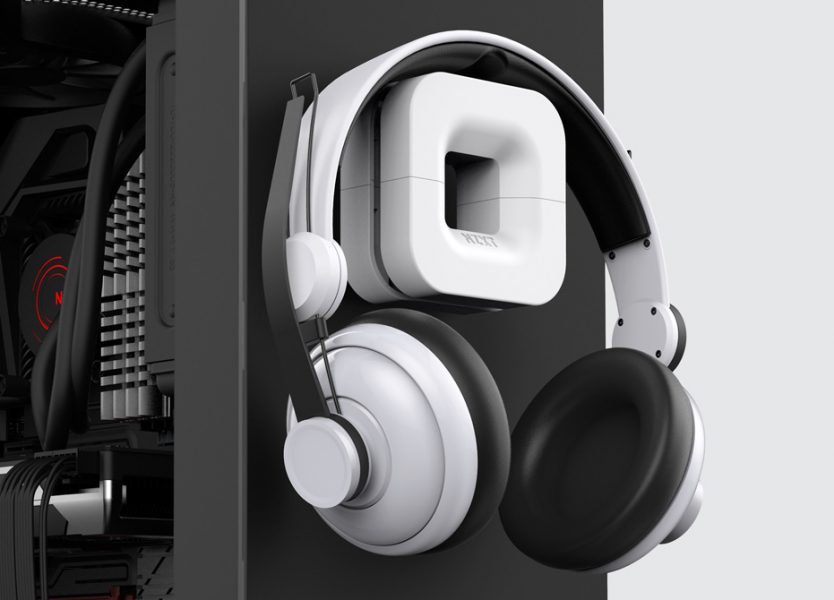 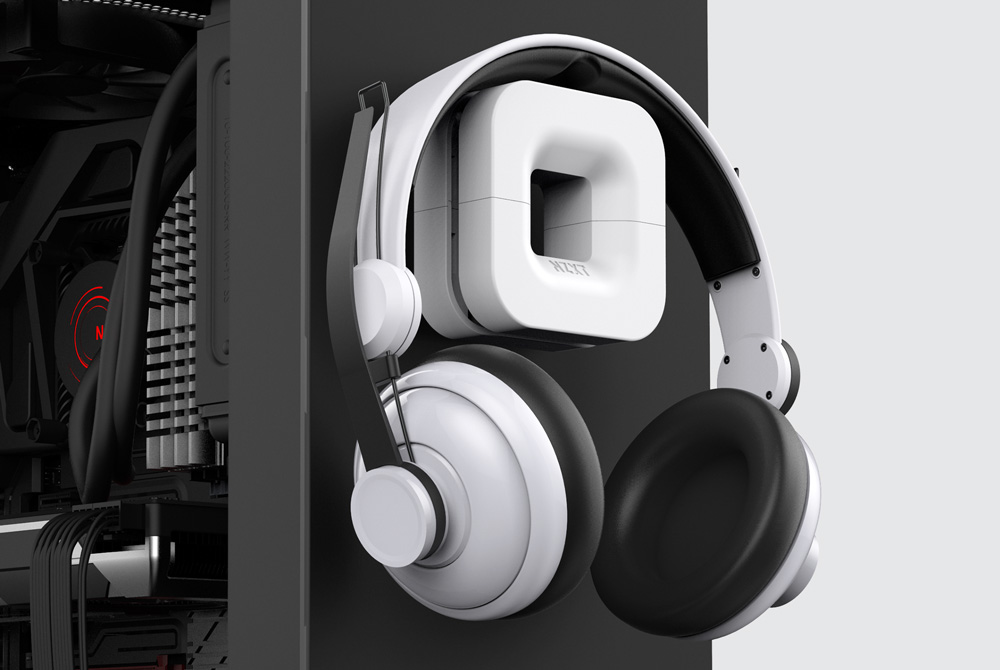 There are plenty of headset stands on the market, but few are well-suited to holding heavy and long-cabled VR headsets and fragile gaming headphones. One new contender is the NZXT Puck, a magnetic headset stand designed to strap your VR or audio headset conveniently to the side of your PC while keeping long cables safely under wraps. The Puck first appeared as part of NZXT’s VR-focused S340 Elite case, but now it’s available as a standalone accessory in a range of colours for £20 ($20). Here’s our review. 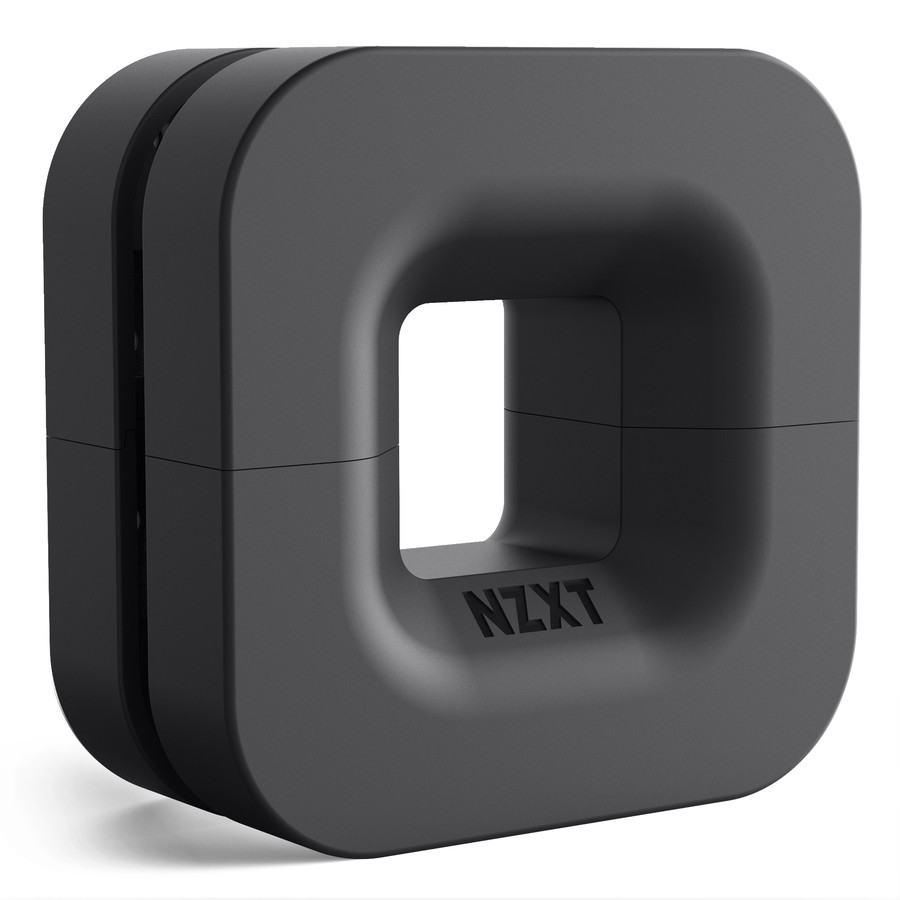 From the outside, the Puck looks pretty simple: a silicone cube, with rounded-off corners and a square aperture in the centre. 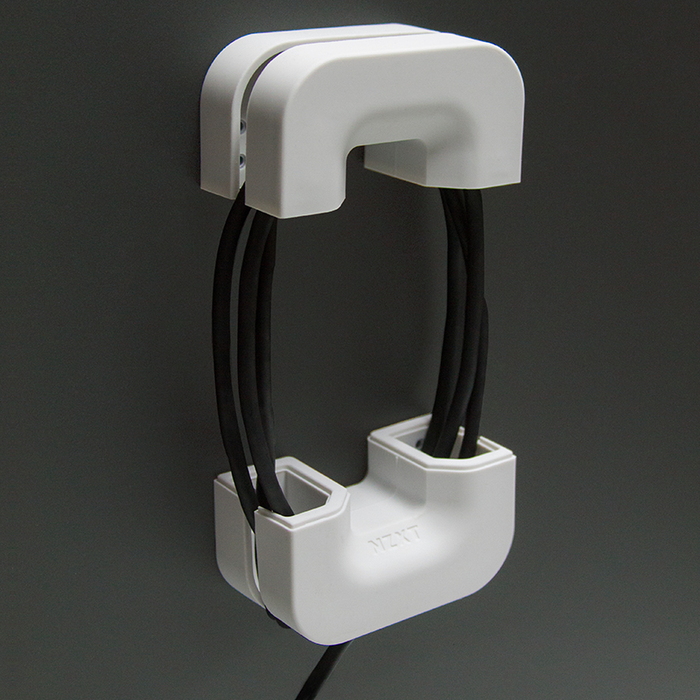 Pull it gently apart at the seams, and you’ll find it separates into two magnetically-attracted pieces, allowing a VR headset or headphone cable to be looped carefully inside before being resealed. In this way, you can keep your PC gaming headwear of choice close at hand, without dealing with a messy cable lying about the place. 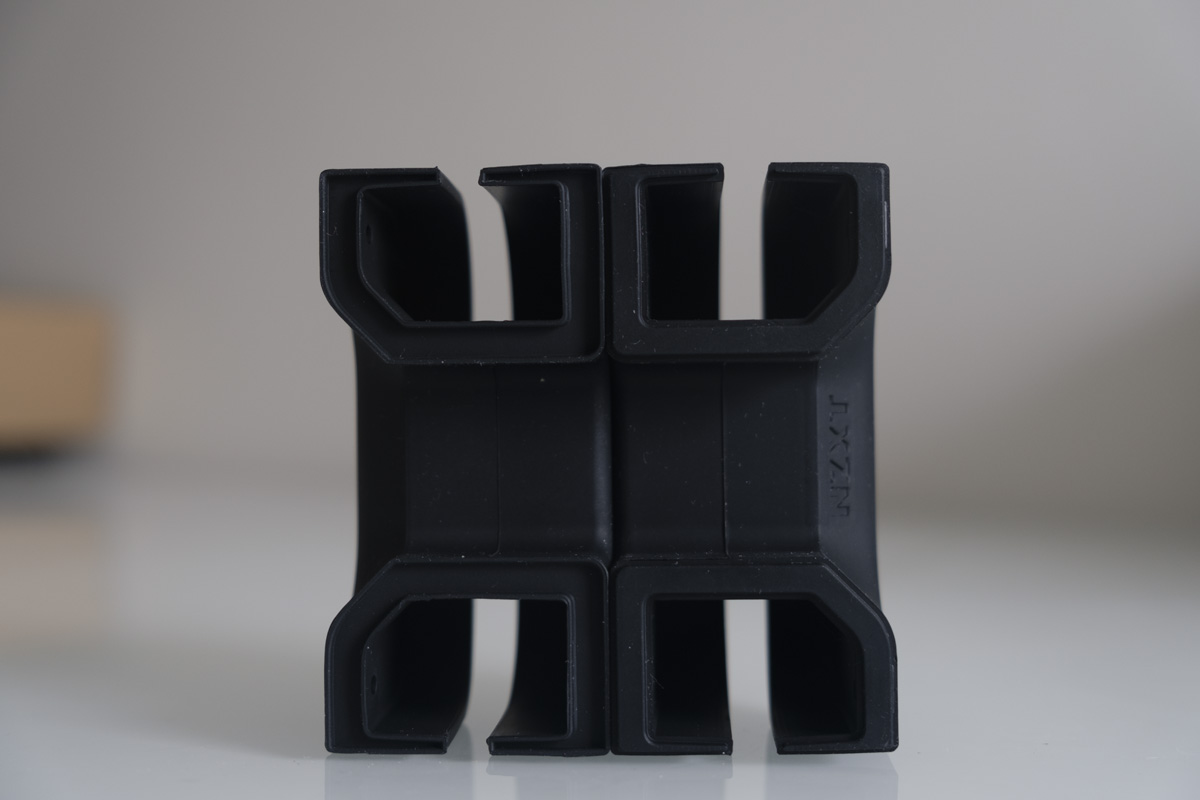 You can even use the two pieces separately, if you have both a VR and an audio headset, for example.

Our review unit comes in black, but it’s also available in white, red, blue and purple. 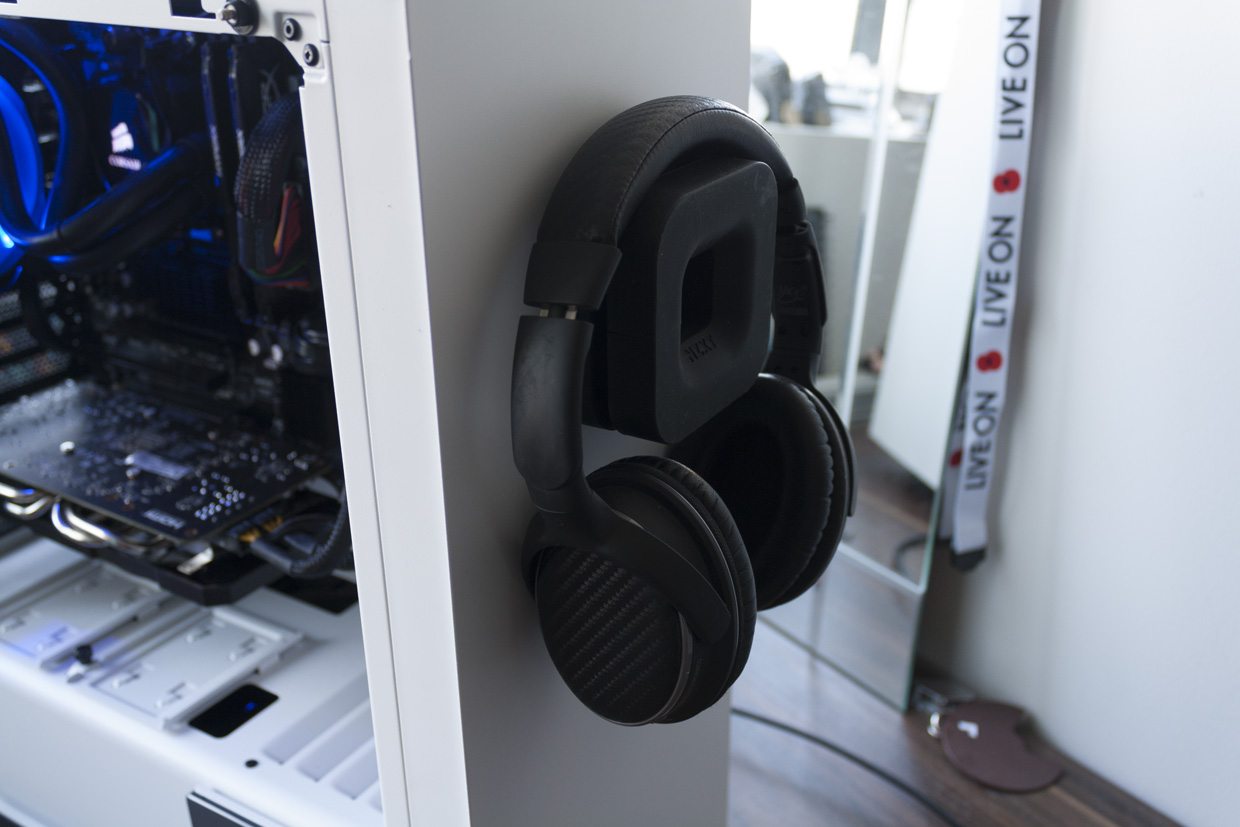 We used the Puck to securely hold an Oculus Rift (DK2, natch) Virtual Reality headset, then a selection of audio headsets from Sennheiser, Mionix and Status Audio. Finally, we tested the Puck’s ability to hold onto two headsets simultaneously. The computers we tried with the Puck were the current XSReviews test rig, using the NZXT Manta case, and the previous test rig, which is housed in a NZXT Phantom case. We were interested to see how securely the headsets were held on, how easy it was to route the cables through the Puck, and whether the Puck is a good alternative to widely available desk-based headset mounts. Let’s begin! 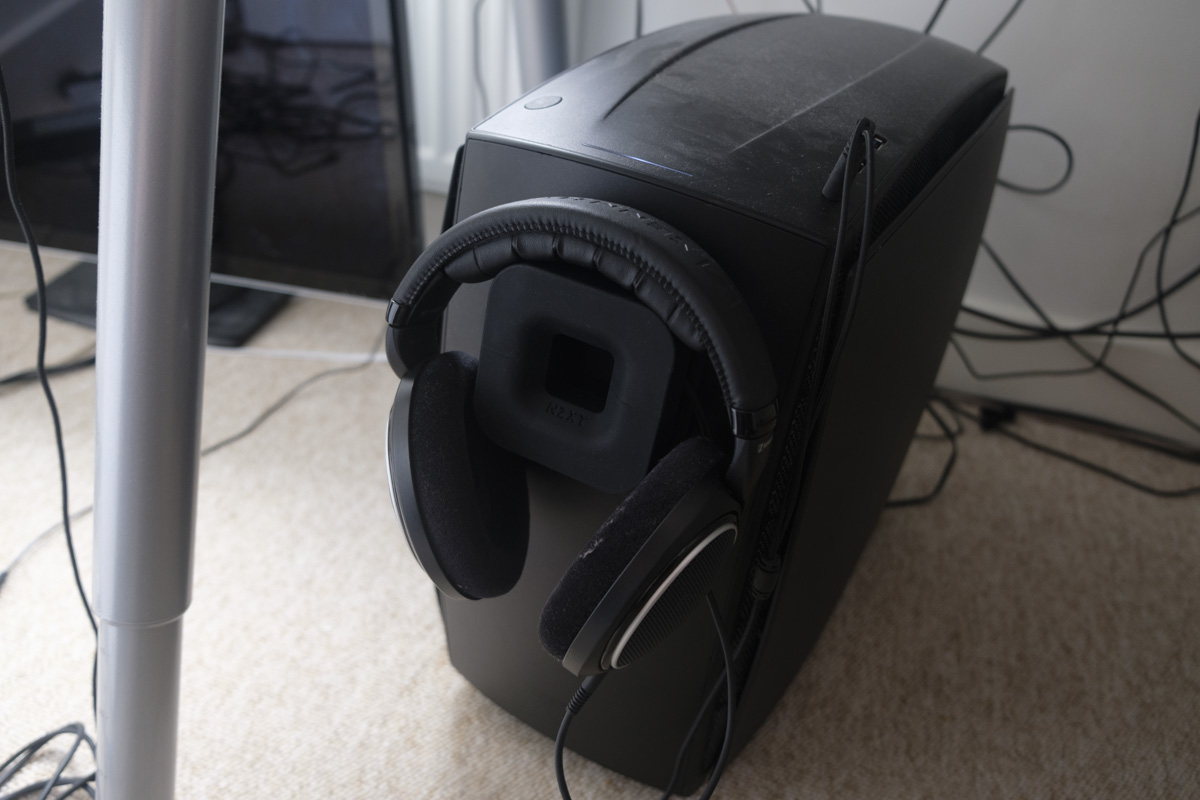 To start with, we loaded up the Puck with the Oculus Rift DK2 headset. This is one of the heavier VR headsets (not) on the market, weighing about 440 grams without taking the cable into account, so it was a good test of the magnet’s weight-bearing ability. We found no issues using the Puck with the Rift; the magnetic attachment to both NZXT metal cases was substantial. Even when using the Puck on a slightly curved surface, such as the side of the Manta case, we didn’t have any problems, nor did we have any problems literally throwing the headset onto the Puck — in every case, the headset holder remained firmly attached in its original position. It was a similar story with the audio headsets that we tested, with the Puck holding on tightly with headsets large and small. 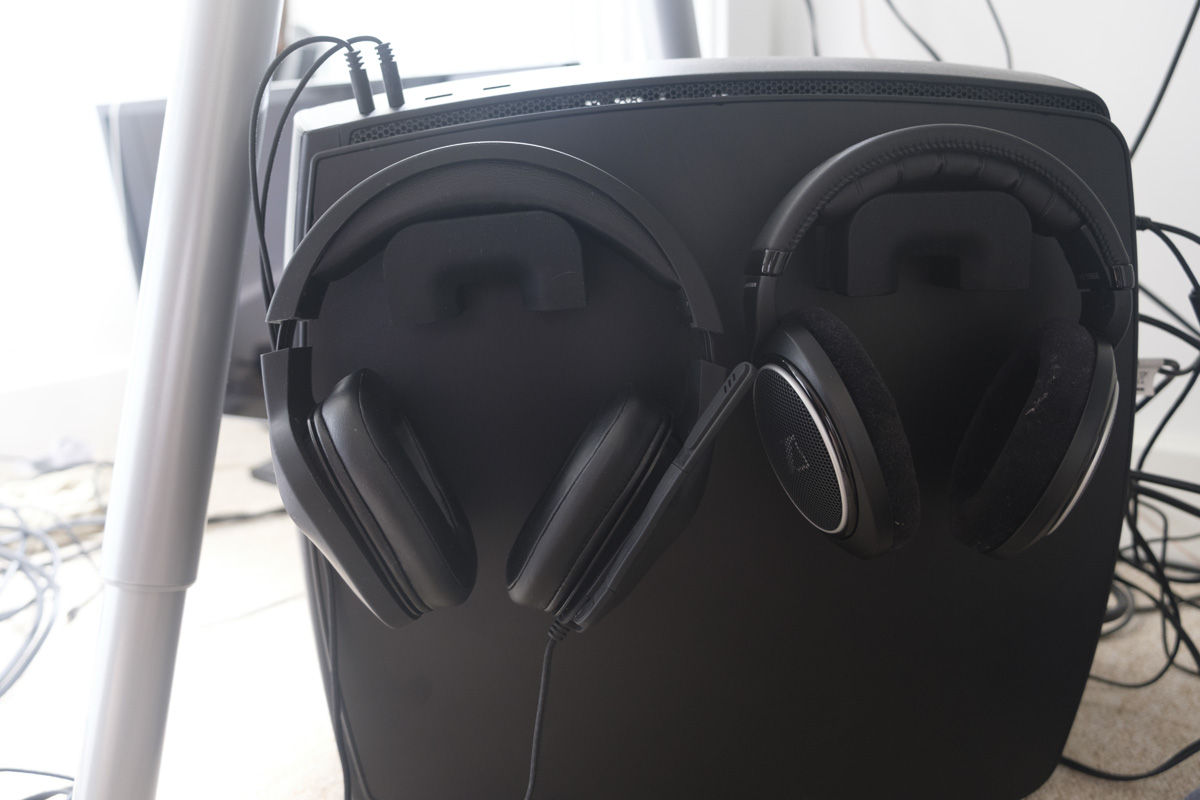 NZXT also promise that just one half of the puck is sufficient for holding many headsets, and indeed that was the case in our testing. All the audio headsets we tested still held in this manner, although we preferred the stability of using both halves together. Still, if you have multiple headsets, you may not need to get more than one Puck to hold them! 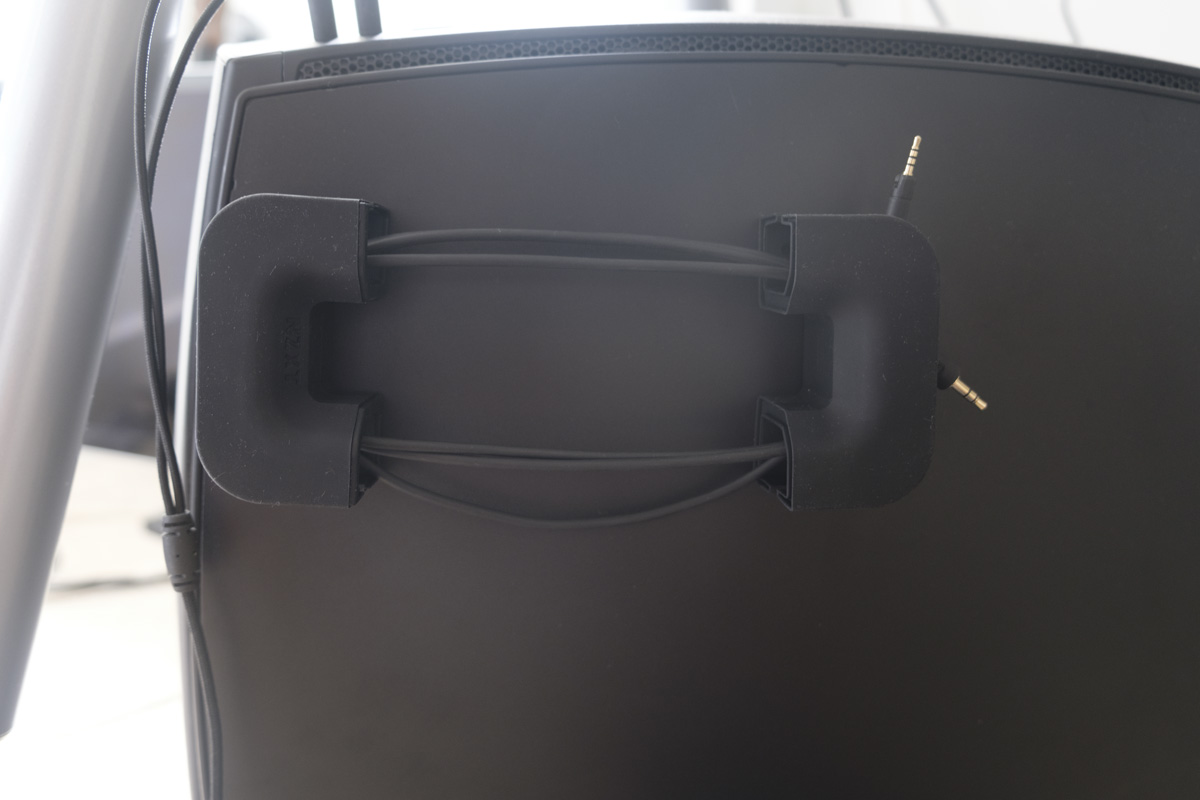 Cable routing was the next part of our testing process. We used the channel inside the two pieces to wrap up the cables of all the headsets we had available. Audio headsets proved not much of a problem, but the multiple thicker and longer cables from the Oculus Rift DK2 didn’t fit as conveniently inside, and were somewhat of a pain to take out again. You can ameliorate this problem by separating the two halves by a few centimetres, increasing the circumference of the looped cable and therefore requiring fewer loops to be contained. 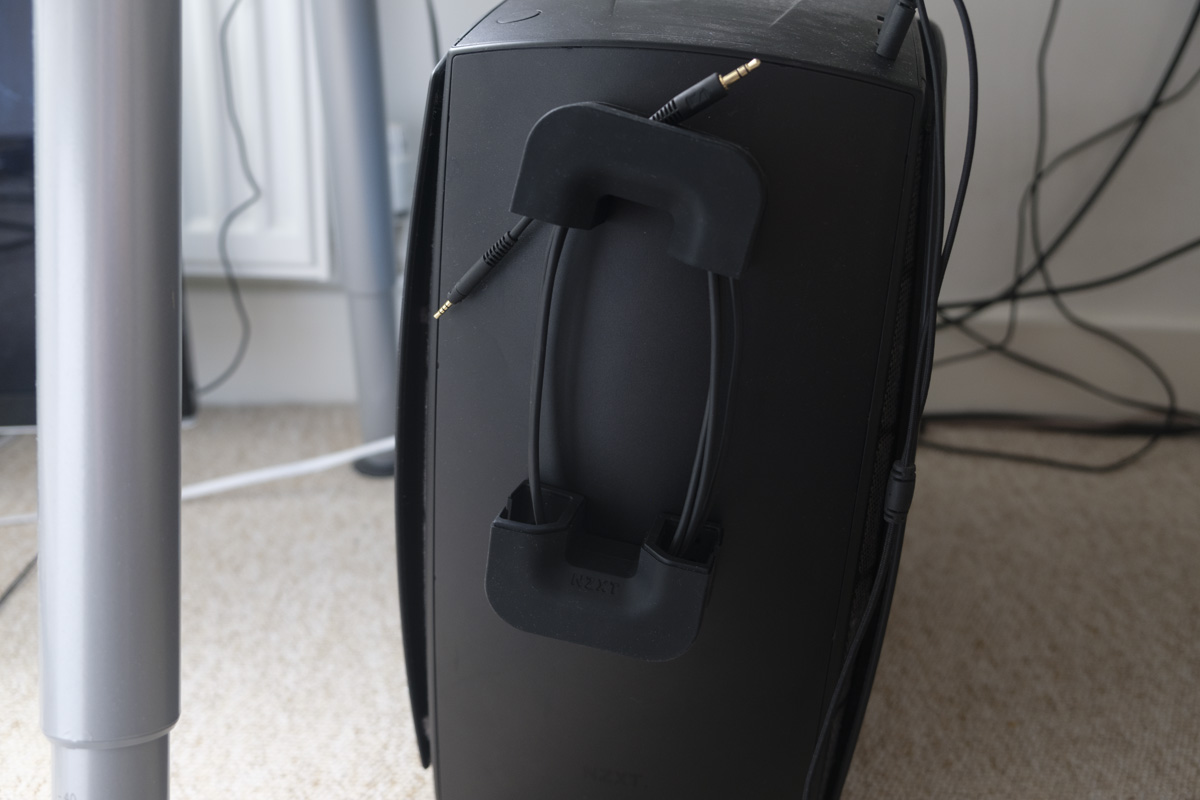 Even if routing the cables is a bit annoying, if you’re not going to be using your VR headset for some time or you don’t need to use the full length of the cable, then it’s nice to have a place to keep it out of the way — you don’t want to be tripping people up or running it over with your chair, and the Puck certainly stops that from happening. 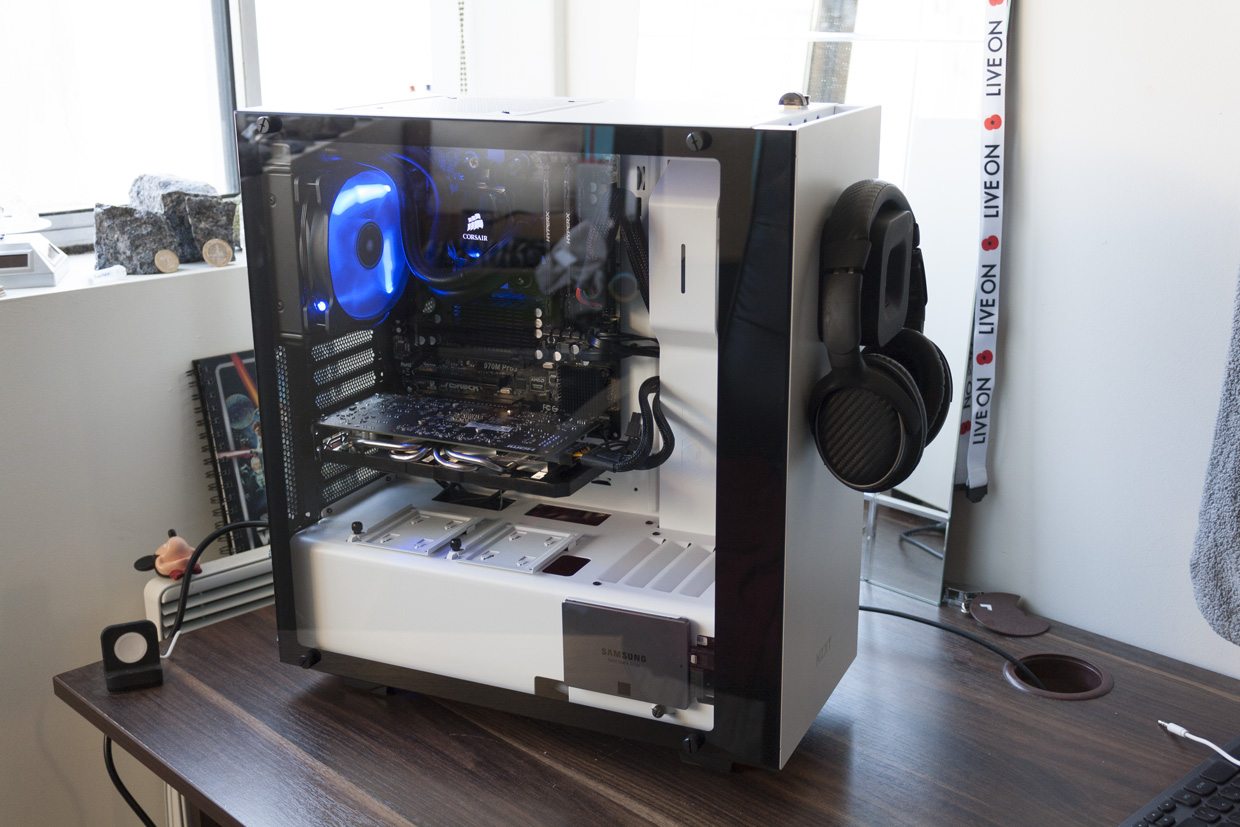 Finally, we looked at the Puck compared to headset stands that you place on your desk. We reviewed one of these from JustMobile earlier this year, and found it to be a stylish if slightly unstable way to keep your headphones tidy and visible. The Puck definitely boasts higher stability than the JustMobile HeadStand, which was prone to getting accidentally knocked over in moments of excitement. Your PC is naturally much heavier and therefore more stable, and as the headphones are nearly flush to the side or front of the PC you’re less likely to hit them directly. Desk space is also conserved, which is great for those with low mouse DPI settings, small desks or both. 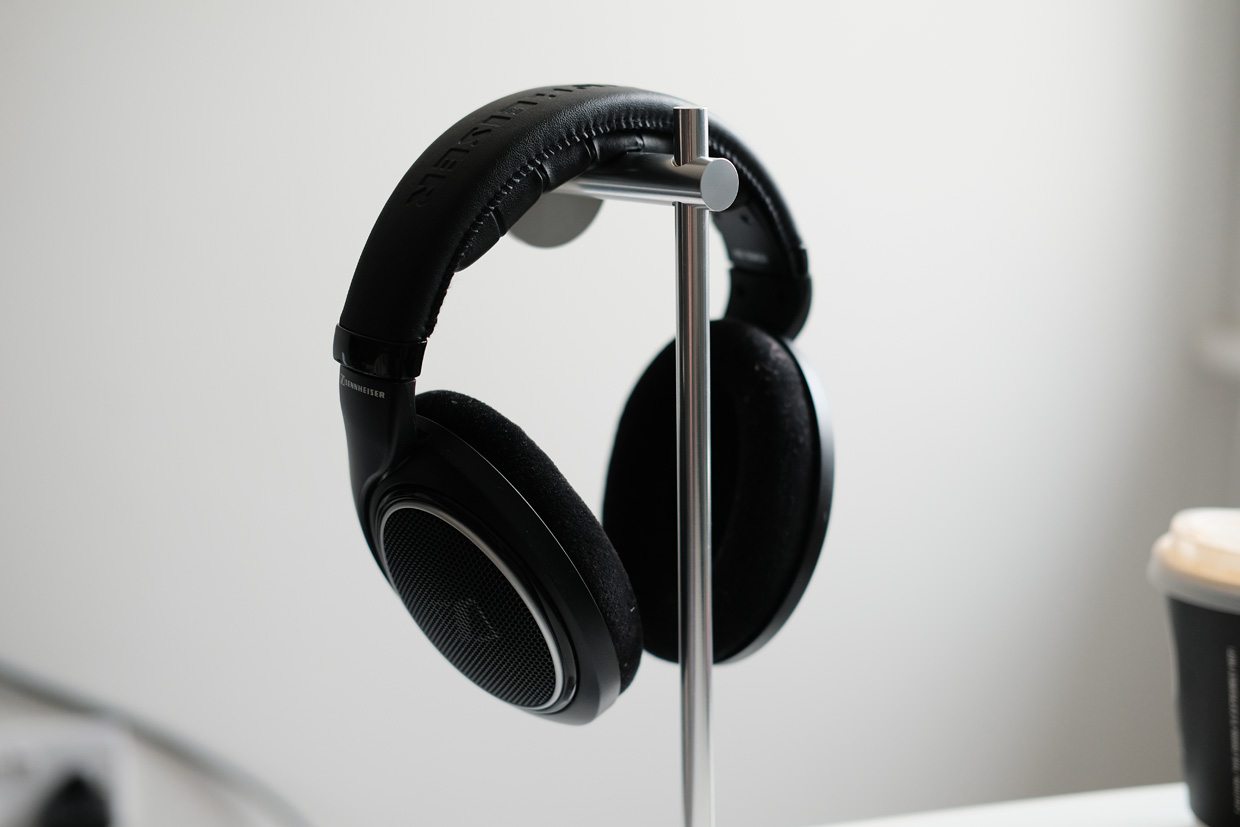 However, the Puck isn’t quite as stylish as a brushed aluminium stand like the HeadStand shown above, and doesn’t show off your headphones or headset quite as well — particularly if your PC is underneath your desk. That’s probably just fine for most people, but those that want to draw attention to their audiophile investment may prefer to use a more traditional stand.

If you often use headphones or a VR headset at your PC, then the Puck is an affordable luxury that