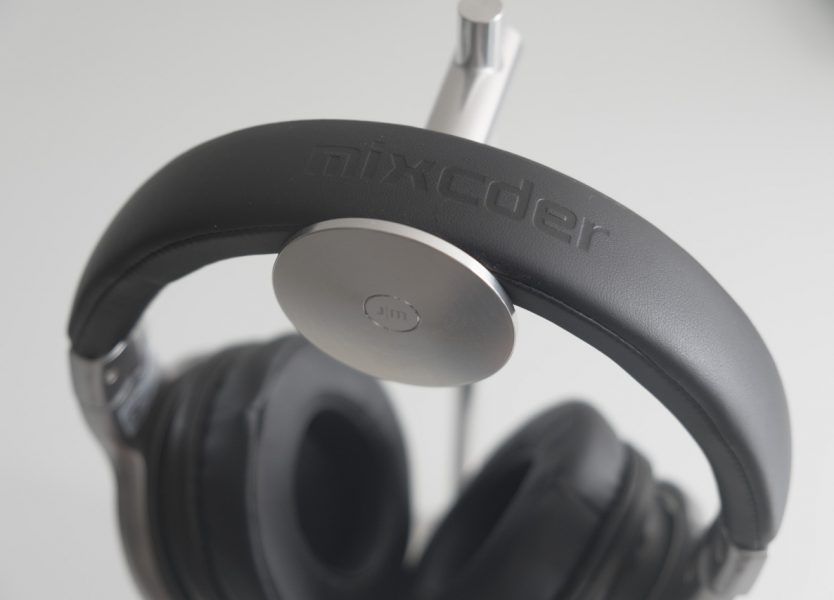 Bluetooth headphones are a dime a dozen online, with Amazon listing literally thousands of options at a range of price points. However, the Mixcder E7 are that rare pair of headphones that actually do enough to stand out, thanks to their active noise cancellation, long battery life and cheap-as-chips £42 price point. Here’s what I think after an unusually long two-month evaluation period.

First up: the noise cancellation. It’s rare to see good noise cancellation on a cheap pair of headphones, and at £42 the E7 definitely counts as inexpensive for this category. After all, the genre-leading Quiet Comfort 35 retail for almost ten times the price. Given the price differential you shouldn’t expect miracles, but the E7’s noise cancellation is better than you would expect. Working on an older train with poor sound dampening in each carriage, flipping that ANC switch on the left earcup immediately reduces the background noise to a tolerable level even with your music set to a low volume. Noise cancellation only works well for certain sounds, too – I found that some train carriages became near-silent, while others with different squeaks or foibles that were either unaffected by the ANC or momentarily magnified. Of course, you can simply flip a switch to turn ANC off when it’s ineffective, and that’s a good practice as the headphones without ANC last much longer. 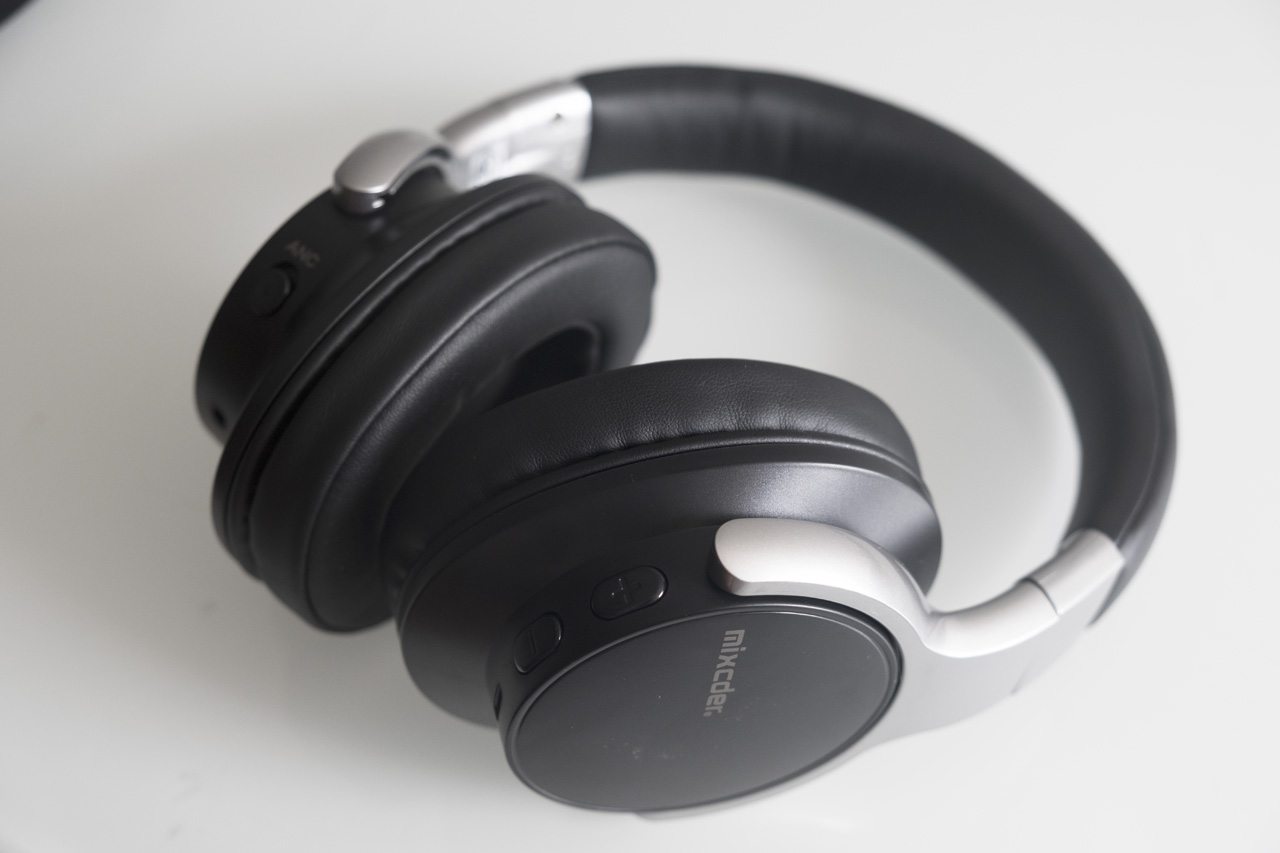 The E7 is quoted as having 20 hours of battery life, and somewhat amazingly that figure held up in my use. I could use the headphones for a few hours a day for a full week without needing to go for a recharge, and they don’t seem to discharge between uses much either. In fact, they kept running for a good six hour period after I took a two-week break. This is reduced by having ANC engaged; I reckon your battery life is about halved by using this feature. However, there is a fallback option: the headphones come with a 3.5mm cable which can be connected directly to your phone, as long as you’re one of the lucky few to have a phone that hasn’t dropped the previously ubiquitous connector. The cable option works without battery power so it’s always available, although sadly ANC does require power to operate. Normally keeping something random like a 3.5mm to 3.5mm cable is a challenge, but luckily the E7 comes with a semi-hard case with room for you to stash both the audio cable and Micro USB for charging (sadly, there’s no USB-C here). 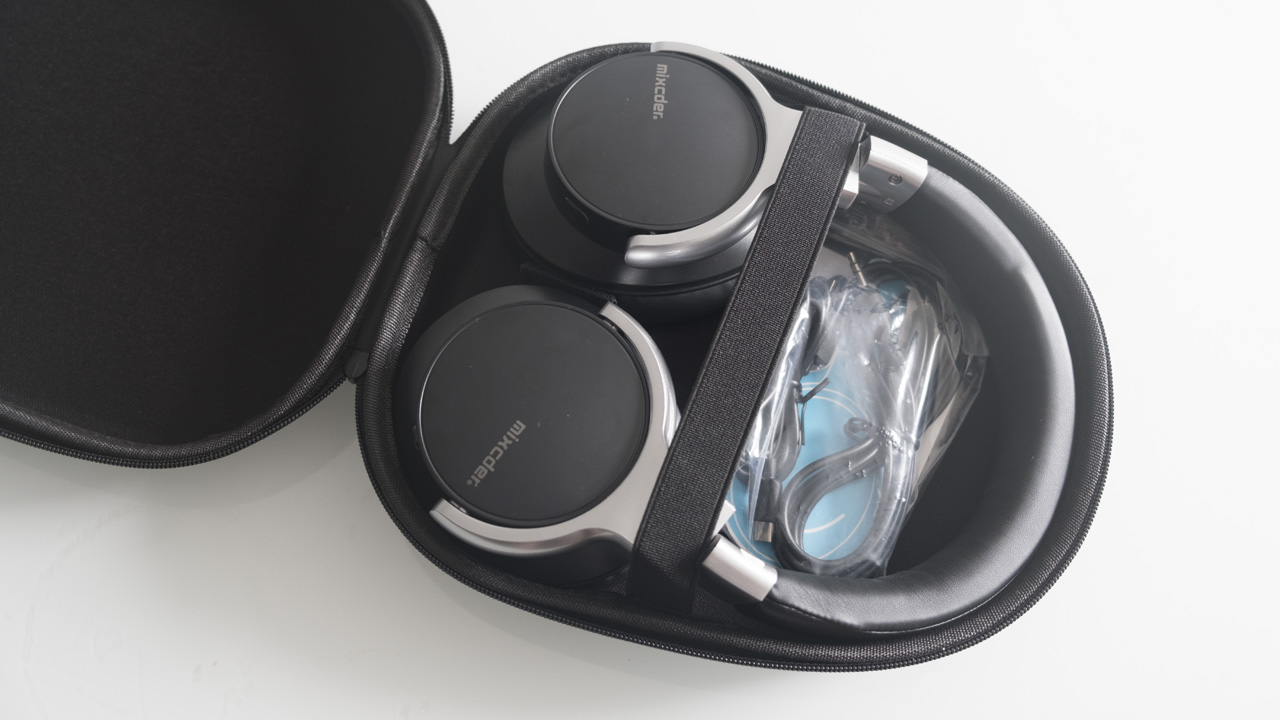 Do you need to bring that case with you though? From purely a build quality standpoint, I don’t think it’s too necessary. The headphones feel pretty sturdy in-hand, and don’t seem to exhibit much flex even when twisted or accidentally sat-upon. After a couple weeks of carefully packing them into their case each time, I started chucking the headphones into my bag with no apparent damage, even when the headphones ended up at the bottom of the bag with crockery on top. Your mileage may vary, but I was satisfied with the level of abuse they endured. Of course, if you get into the habit of treating them badly, they will start to look a little shabby – which potentially isn’t a bad thing. 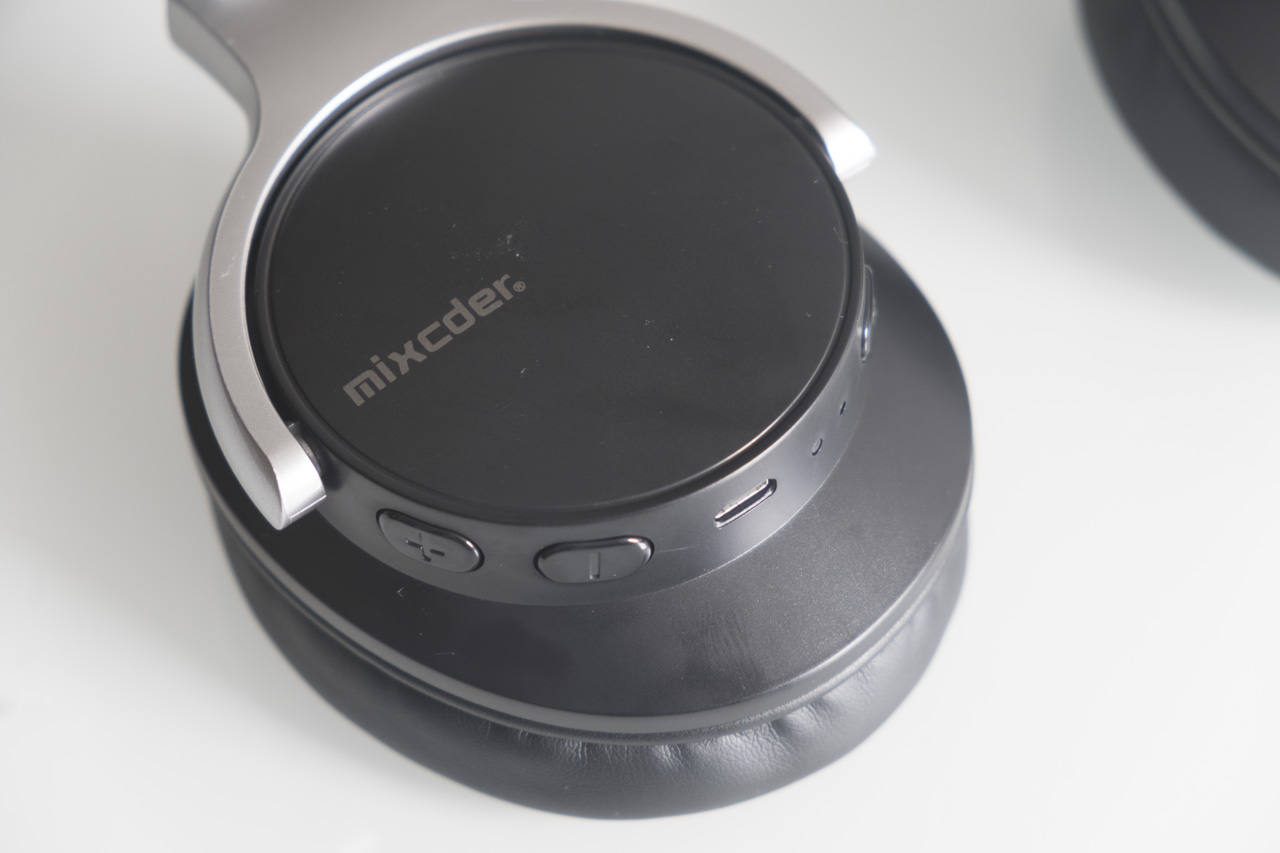 Out of the box, the ‘phones are pretty clean-looking, leaning towards anonymous rather than obnoxious. The addition of a few scratches potentially adds a bit of character; I’ve been tempted to sticker-bomb the flat outer side of the cups to make them a little more visually interesting. 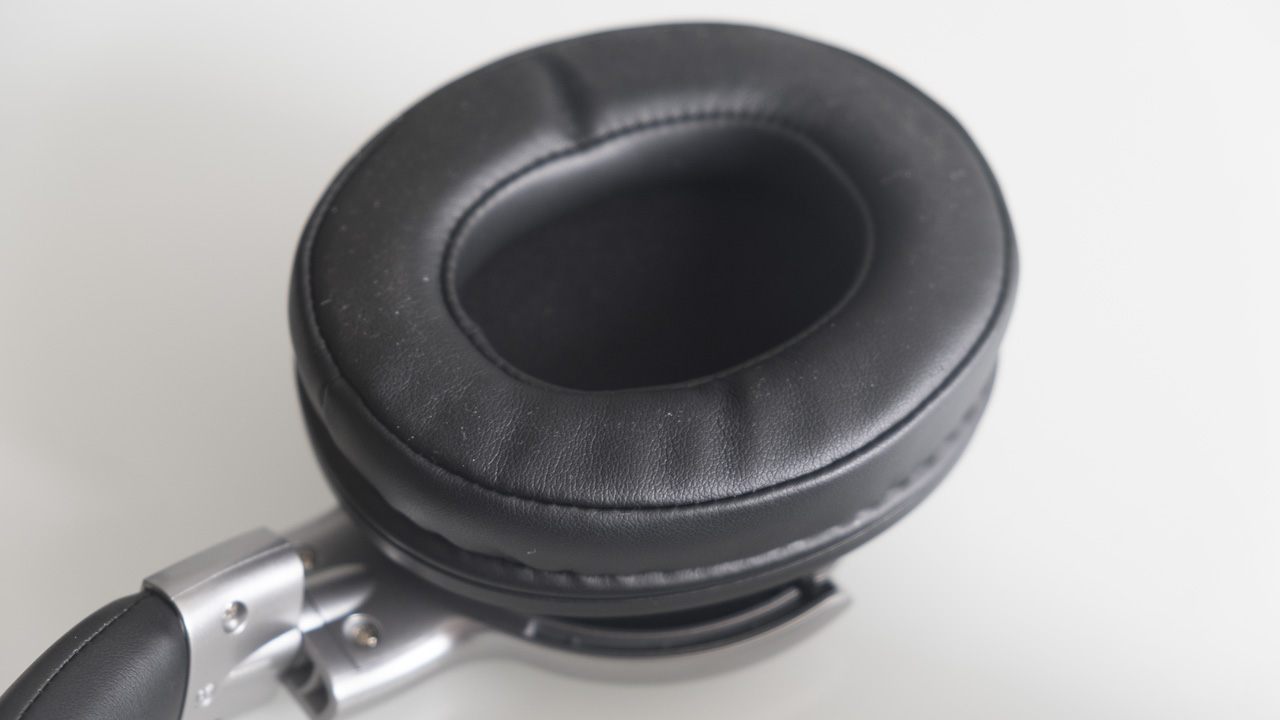 Speaking of the cups, how well do they produce your favourite tunes? It depends a lot on the tunes that you like. The 40mm drivers do produce a decent amount of bass, and the over-ear design (and the ANC) does decently at keeping your music from being polluted by the local ambience (and vice versa). The closed-back design would normally indicate a more narrow soundstage, but it’s rather wide here. That is nice in some ways, giving you a good sense of immersion, especially for live sets, but it also makes it a little difficult to make out the details that would be better reproduced by higher-end headsets. I ended up cranking the volume more than I intended to to compensate, or shifting to instrumental tracks so I wouldn’t miss out on indistinct vocals. I ended up spending a lot of time with chillhop beats and classical tunes (OK, the Diablo soundtrack) and they came out just fine. 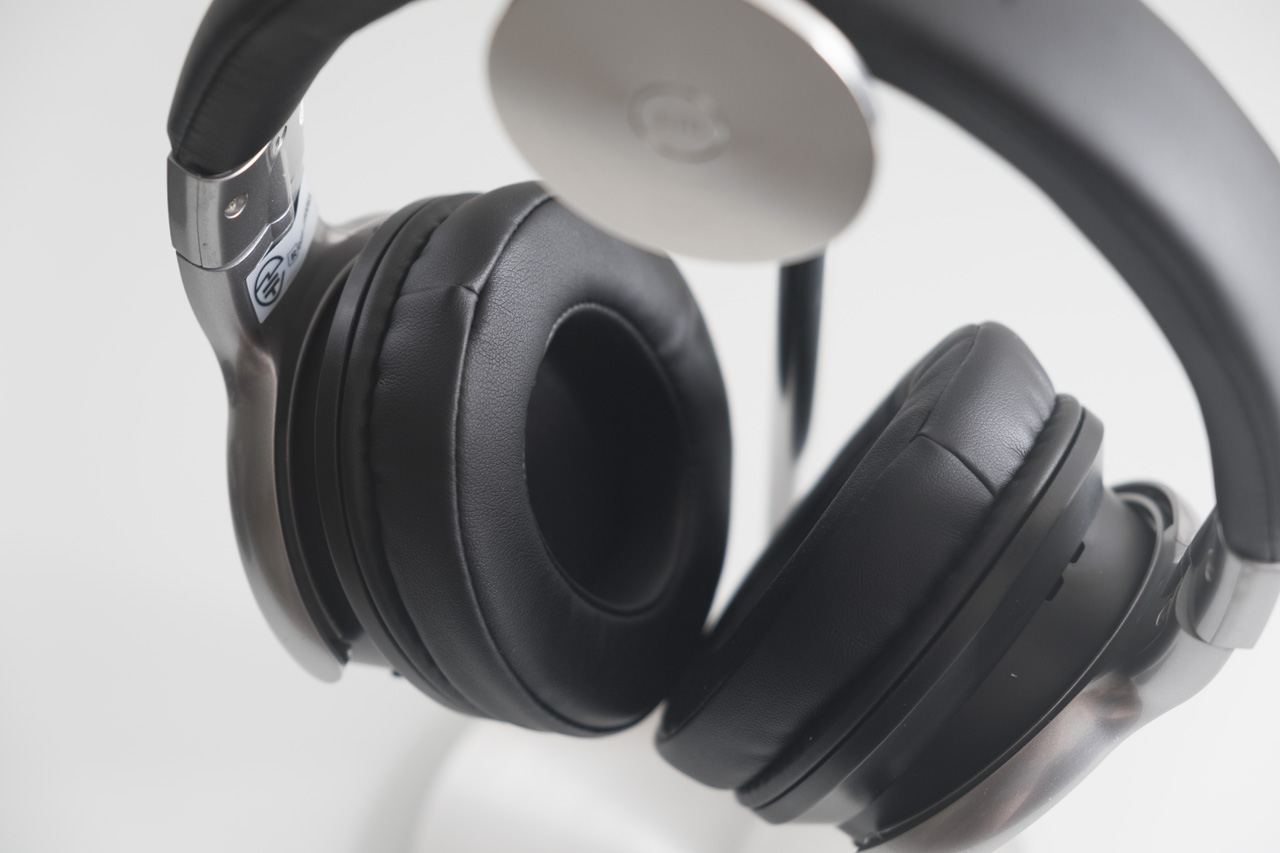 The comfort of these headphones is a little more one-sided: these are some cloud-like headphones. The over-ear design managed to easily engult my elephantine earlobes, while the headband spread the E7’s moderate weight in a way that makes them comfortable for hours on end. For Bluetooth headphones, and cheap ones at that, that’s a pretty strong result. 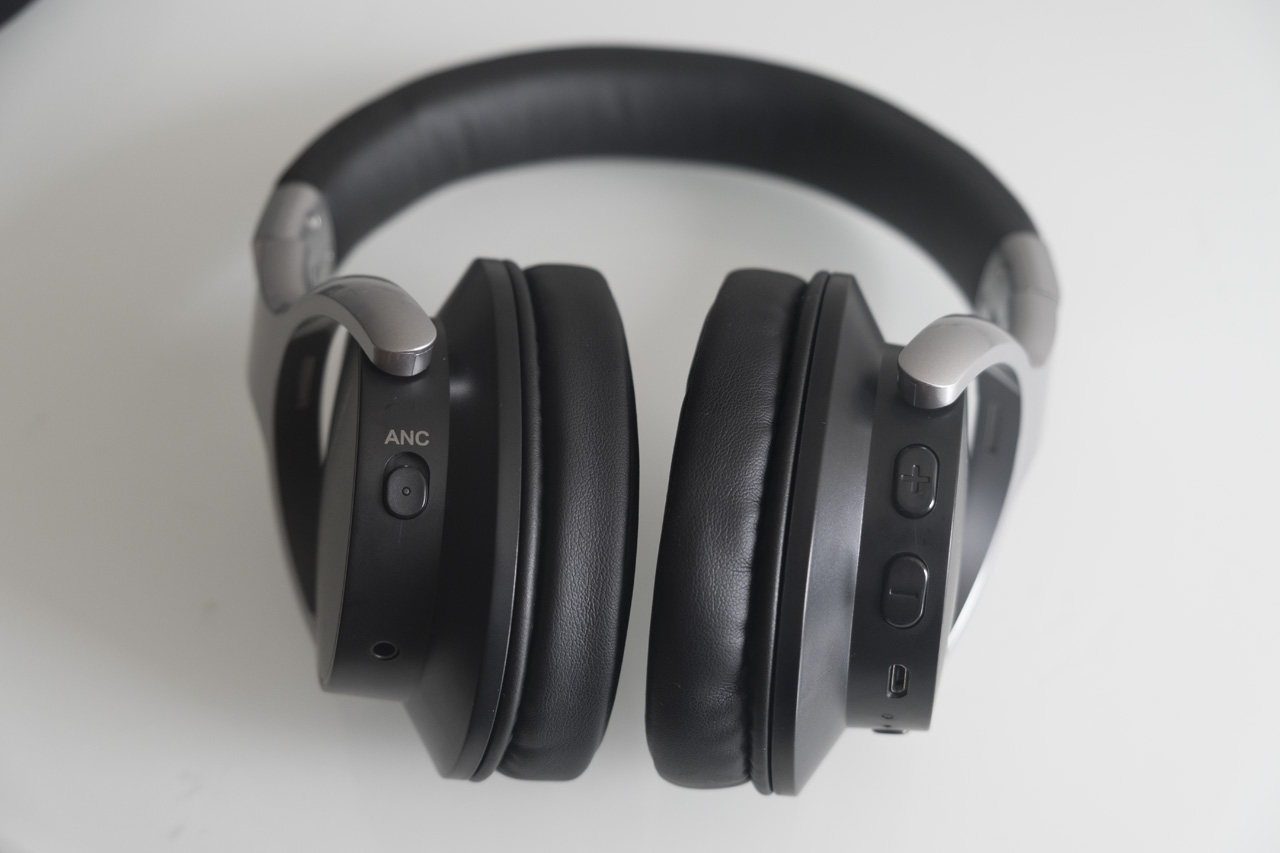 So at the end, I reckon we’re left with a pretty strong headset for the money. Reasonable audio and noise cancellation, surprisingly good comfort, build quality and battery life. For £42, that’s an outstanding result, so I have no qualms about recommending the E7s. They don’t threaten audiophile-grade headphones or ANC champions like the QC35, but they definitely hit a nice niche if you don’t have the luxury of plopping down a few hundred quid for high-end headphones. 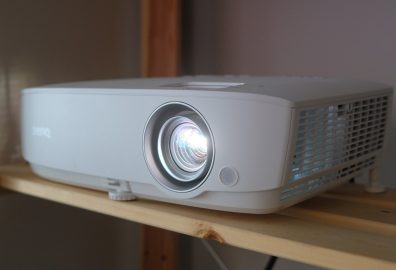 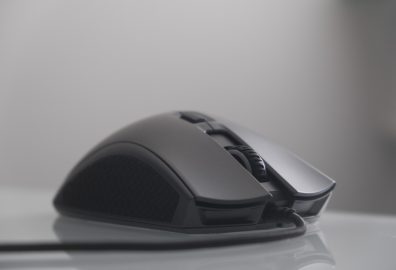