CrystalDiskMark is an excellent benchmarking tool for hard drives, particularly SSDs. In these tests, we see five runs averaged with scores for both read and write speed. 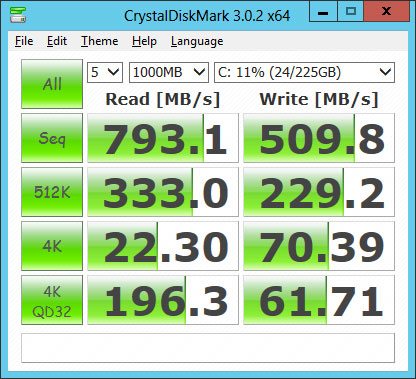 These are excellent scores for an Ultrabook, courtesy of the RAID 0 array of two Intel SSDs. Indeed, they’re even faster than my desktop machine, which is running a blazing fast Corsair GTX. 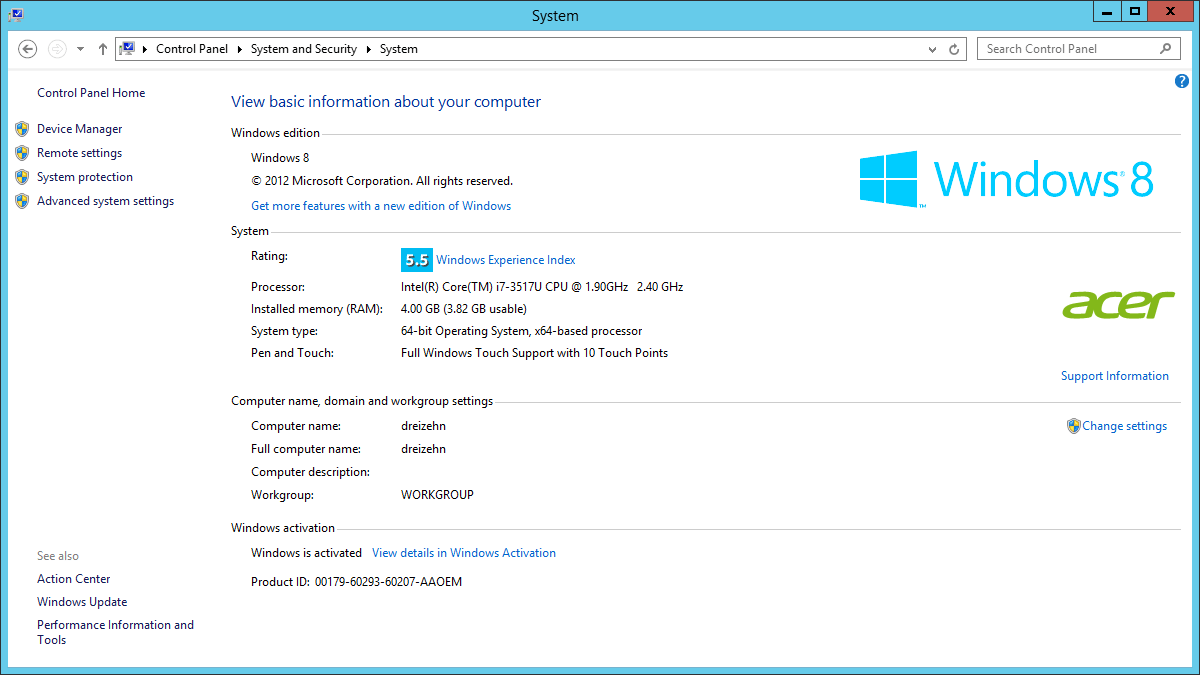 In normal everyday use, including web browsing, photo editing, article writing, music playing and video watching, the S7 couldn’t be slowed down. Multi-tasking was performed effortlessly, and it was really only in games that I wished for more horsepower.

However, as with the 11″ S7 I found that battery life was a concern. While the machine surpasses the Ultrabook ideals of svelte design and stellar performance, it simply does not last as long on battery power as it should. I would typically only get about four hours before I needed to recharge, with higher brightness levels and gaming reducing this figure substantially. This is not a laptop that you can use all day, or even on a cross-US flight, without recharging. While its size and weight ensure that the addition of a charger isn’t too much of a strain, you definitely will want to pack one whenever you leave the house.

Another concern is the vast amount of crapware that comes pre-installed on the S7. While the machine’s speedy SSDs ensured that removing it didn’t take longer than half an hour, it’s vexing that so much is included. While there are some decent programs you’ll be glad are installed, the vast majority do little to improve the out-of-the-box experience and some (McAffee, namely) are a real pest.

Apart from this however, there’s little to fault the S7 on  – the keyboard is good if a little shallow, the touchpad excellent, the display magnificent and the horsepower irreproachable.

As a Windows 8 touch device

As with the 11″ version, I found that touch was an excellent addition to the ultrabook formula on the S7. While you won’t want to use touch for everything, it’s a good alternative to the touchpad in many instances. In games like Skulls of the Shogun and the growing number of Metro Windows 8 applications, you gain a lot from having touch capabilities. And unlike most technologies, you’re free to completely ignore touch if it doesn’t suit you.

As a gaming machine

As with the earlier pre-production Acer Aspire S7 we tested, I was satisfied by the S7’s gaming prowess. In general, the difference between integrated and discrete graphics solutions on notebooks is becoming much less pronounced and this laptop reflects that.

I tested the S7 with a number of games this time around – including Mass Effect 3, Civilisation V, Borderlands 2, StarCraft II and League of Legends. In all but Borderlands 2 performance was acceptable at lower resolutions, and in older and less graphically intense games like FTL: Faster Than Light and Super Hexagon I found no issues whatsoever.

Civilisation V was my favourite game of those that I tested on the S7, as it provided good frame rates even at 1080p and included a specific Windows 8 touch interface mode that worked perfectly. There are few instances in which I’d prefer a laptop over my desktop for gaming, but for Civilisation V I felt the experience was well served by touch.

Still, you won’t be able to throw out your gaming machine just yet. More graphically intense options like shooters and strategy titles tend to work less well, particularly at the panel’s native 1080p resolution. While I’m hardly suggesting that Acer should have included an integrated graphics card, it’s something to keep in mind.

The Aspire S7 remains the best Ultrabook I’ve ever used. While there are obvious points of improvement in terms of battery life, beyond this flaw the Aspire S7 simple soars. A top Ultrabook and a new high standard for Acer design.