Now that we have final hardware and software, we can take the opportunity to do something we could not with the earlier S7: run some benchmarks! These, together with my own subjective impressions, will result in a judgment of the laptop as a traditional Ultrabook, as a touch-enabled Windows 8 device and as an ultra-portable gaming machine.

GeekBench is a free(ish) bookmark that examines processor and memory performance. In GeekBench, the Aspire S7-391 got a score of 5820 overall, with the following subscores:

That’s somewhat lower than other publications have reported for the S7, which seem to have ranged between 6,000 and 7,000. Still, that’s in line with other top-of-the-line Ultrabooks.

CineBench is a cross-platform benchmarking tool that tests the GPU and CPU. 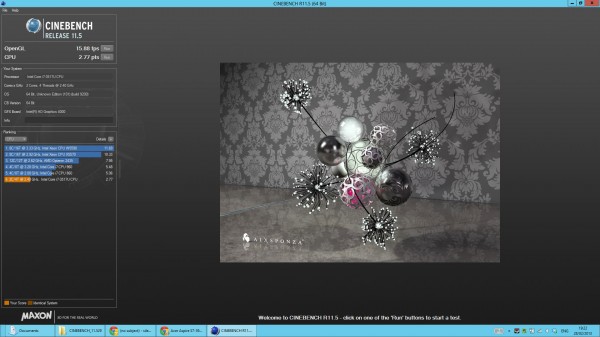 The Aspire S7 has a reasonable performance here, with scores about a quarter of what you’d get from a desktop gaming PC with a Core i7 2600k and GTX 285 GPU. Given the lack of a discrete graphics card, that’s understandable. These are similar scores to other Ultrabooks running HD 4000 graphics.

3DMark has been a long-running graphical benchmark that looks at graphics and physics performance, two indicators of how well games will run. We’re using the 3DMark suite available on Steam, which contains three tests for low, mid and high-end computers, respectively. 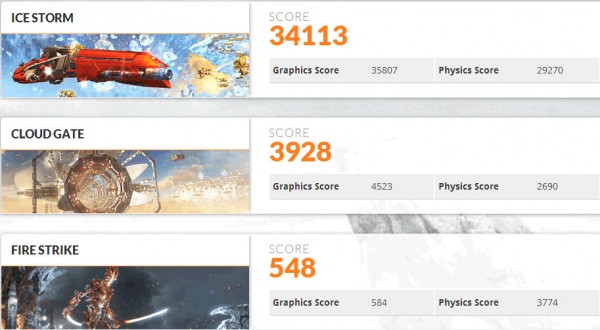 These are fairly standard scores for an Ultrabook running the Intel HD 4000 integrated graphics card. For instance, Anandtech reported that they saw a score of 32504 in the Ice Storm benchmark for the Dell XPS 12 and 41470 for a Dell E6430s, both of which run the same HD 4000 graphics. These results are about double that of the previous generation HD 3000, but still a considerable distance away from notebooks with discrete graphics cards (which score in the 50000+ range, typically). Still, integrated graphics seem more viable than ever more gaming, and I’d expect that to continue with the release of the HD 5000 series.