We’ve got a similar layout to the smaller S7 here, as you’d expect. That means we’ve got power, micro HDMI, headphone jack and the power button on the left hand side. The power button placement can be a problem before you’re used to it, as some people tend to pick up the laptop by that particular area, but makes sense given that the machine will automatically sleep and wake as the lid is opened and closed. 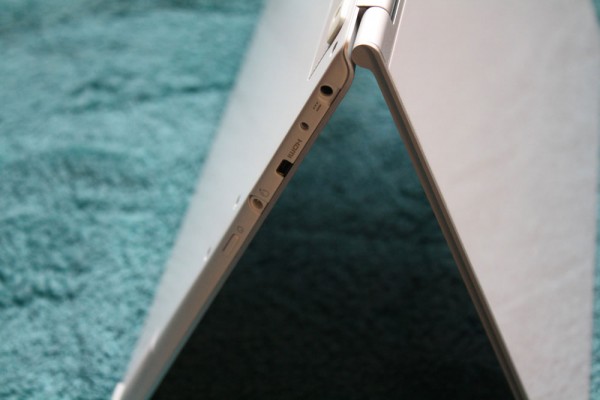 On the right hand side, we’ve got two USB 3.0 ports and an SD card slot – an upgrade from the microSD card slot in the smaller model S7. I’m not sure whether I prefer splitting the USB ports between the two sides, as in the 11.6″ version, or having them all on one side, as with this 13.3″ version. Either way, the port layout is generally sensible and I have no major issues with it. 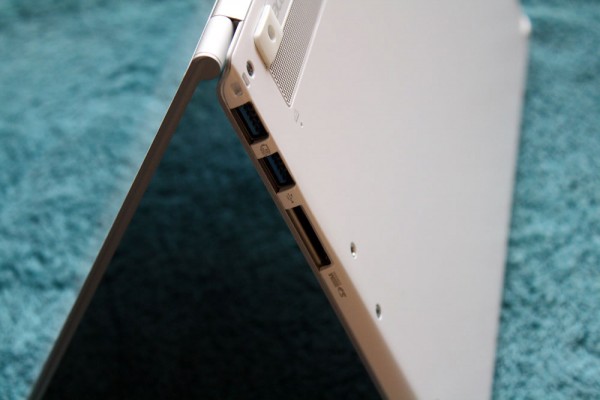 Now let’s open the laptop up once more. The display is definitely the first thing you’ll notice when powering on the machine; it’s not quite Retina at 1920 x 1080 but it still looks brilliant; a big step up over the 1366 x 768 that’s common in even larger laptop displays than this. The display is of a high standard, boasting excellent colour reproduction and viewing angles out of the box. Brightness is also good enough to work even outside on a sunny day. While it’s not quite at Apple levels, it’s still definitely one of the better Windows options on the market and I’m glad to see that Full HD is becoming the minimum for a high-end 10″+ laptop. 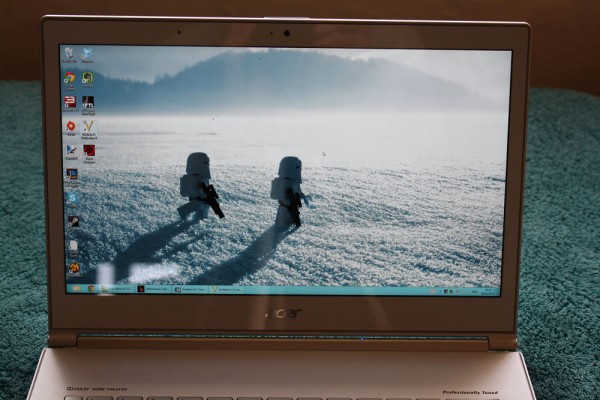 The display has ten point touch capabilities, as I noted in the specifications, which does make tapping on non-Metro content difficult without using Windows DPI scaling to 125 or 150%. Around the screen, there’s again little adornment. We have a front-facing 1.3-megapixel camera centred above the display, with a microphone just to the left, and what I would guess is a proximity sensor to the left of that. Below the display, there’s just a reflective Acer logo.