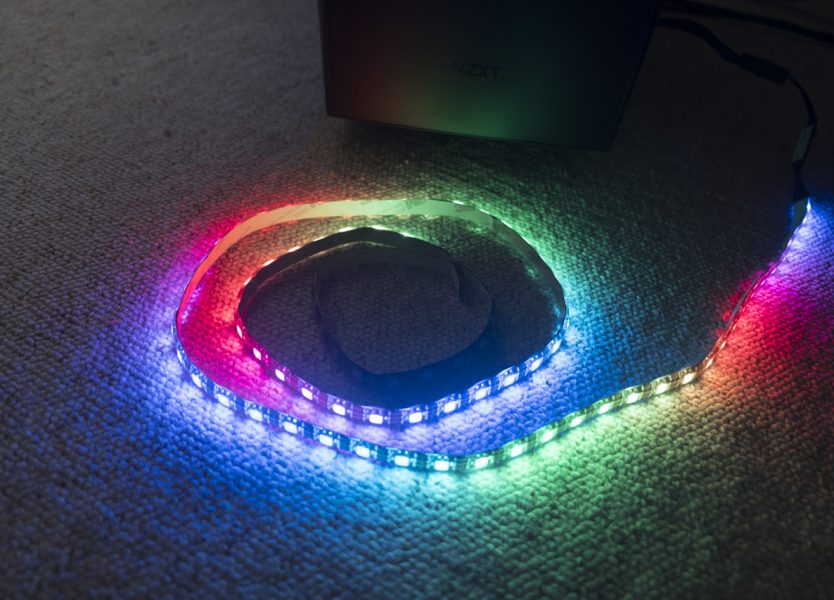 Today we’re looking at some of Lamptron’s FlexLights. We have two different varieties of the lights to test, both of which are intended to plug into your PC and add some exciting colour to the interior of your case. The Multi Simple allows you to set all of the LEDs on the strip to a single colour, while Multi Programmable allows for more fine-grained effects. Let’s get testing! 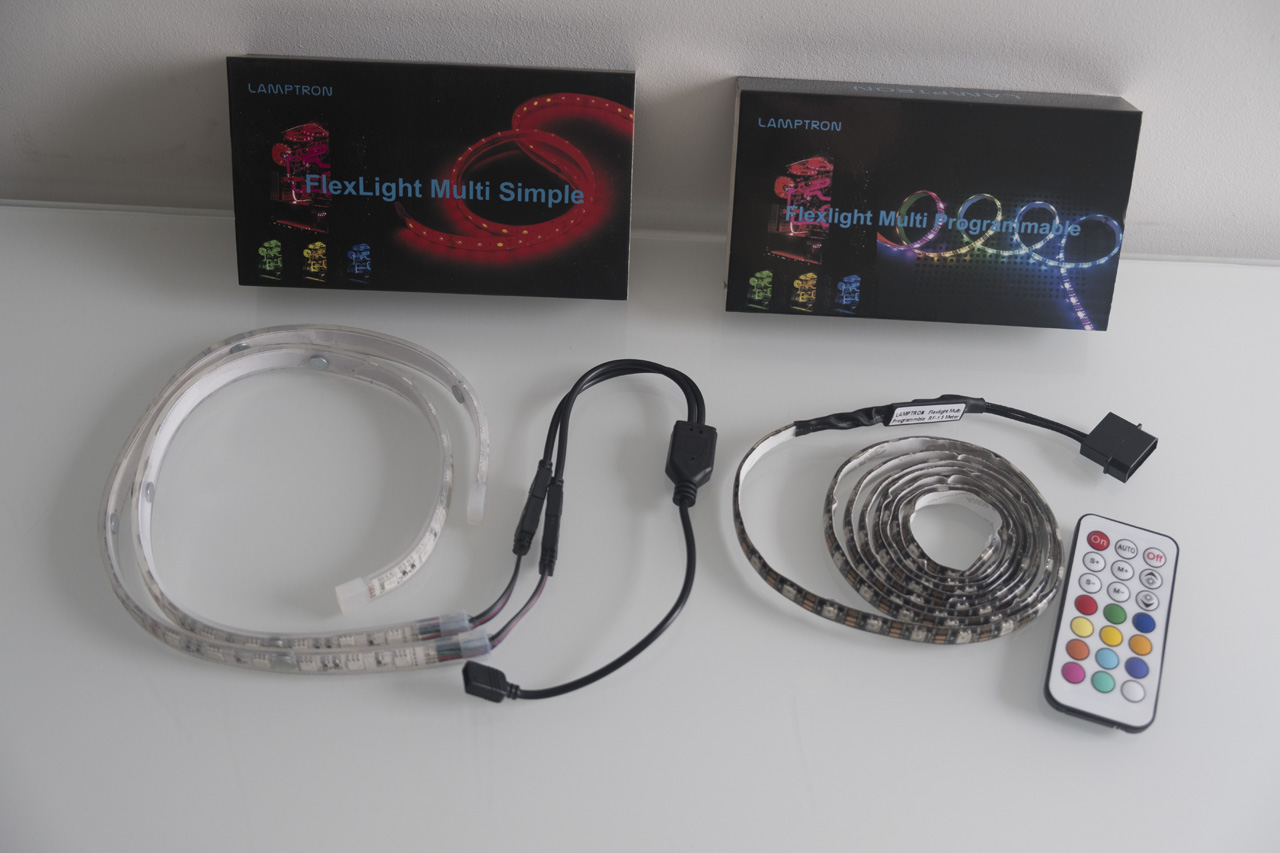 There are two different configurations at play here: an ASUS Aura-compatible kit designed to be hooked up to a compatible motherboard, and a standalone kit that comes with a remote control for software-free configuration. To make this a bit more understandable, we’ll simply refer to these configurations as Aura and standalone. 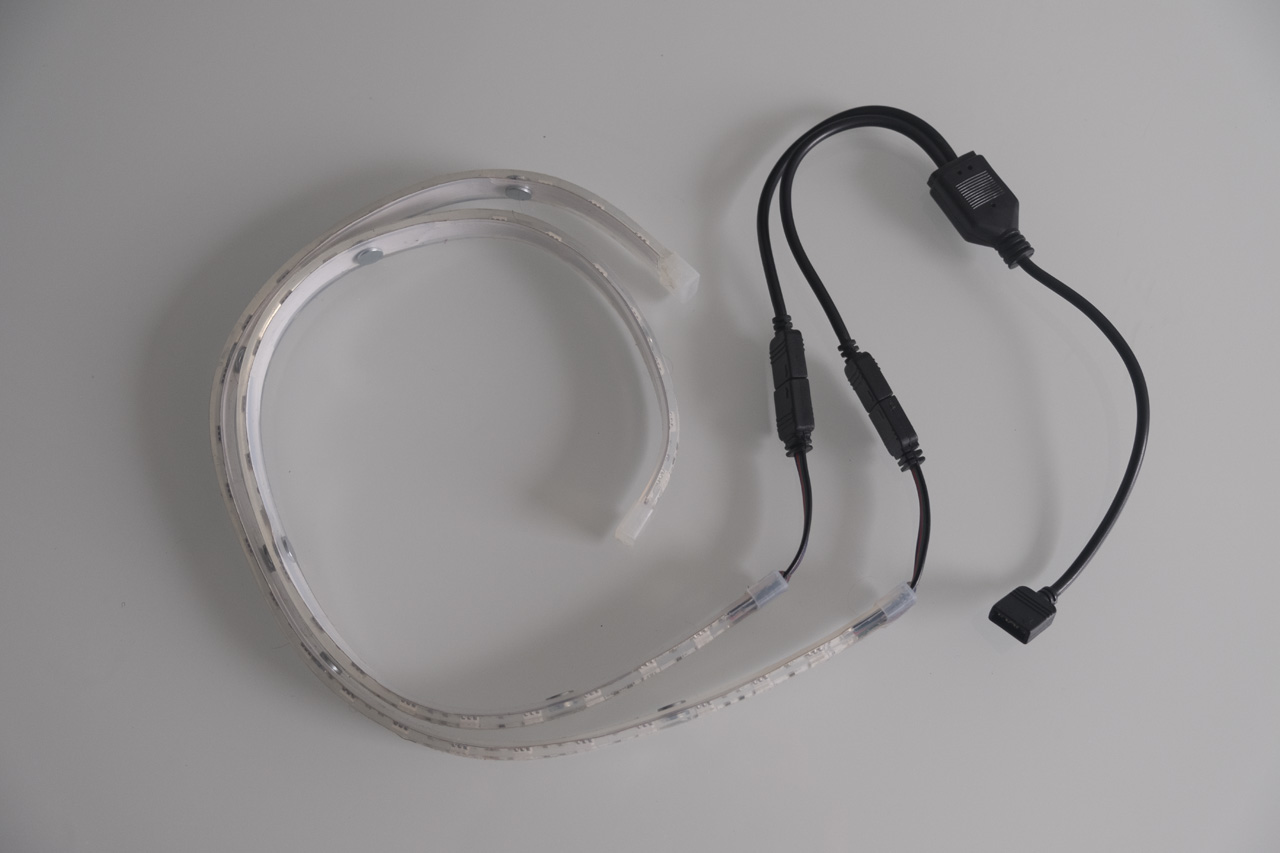 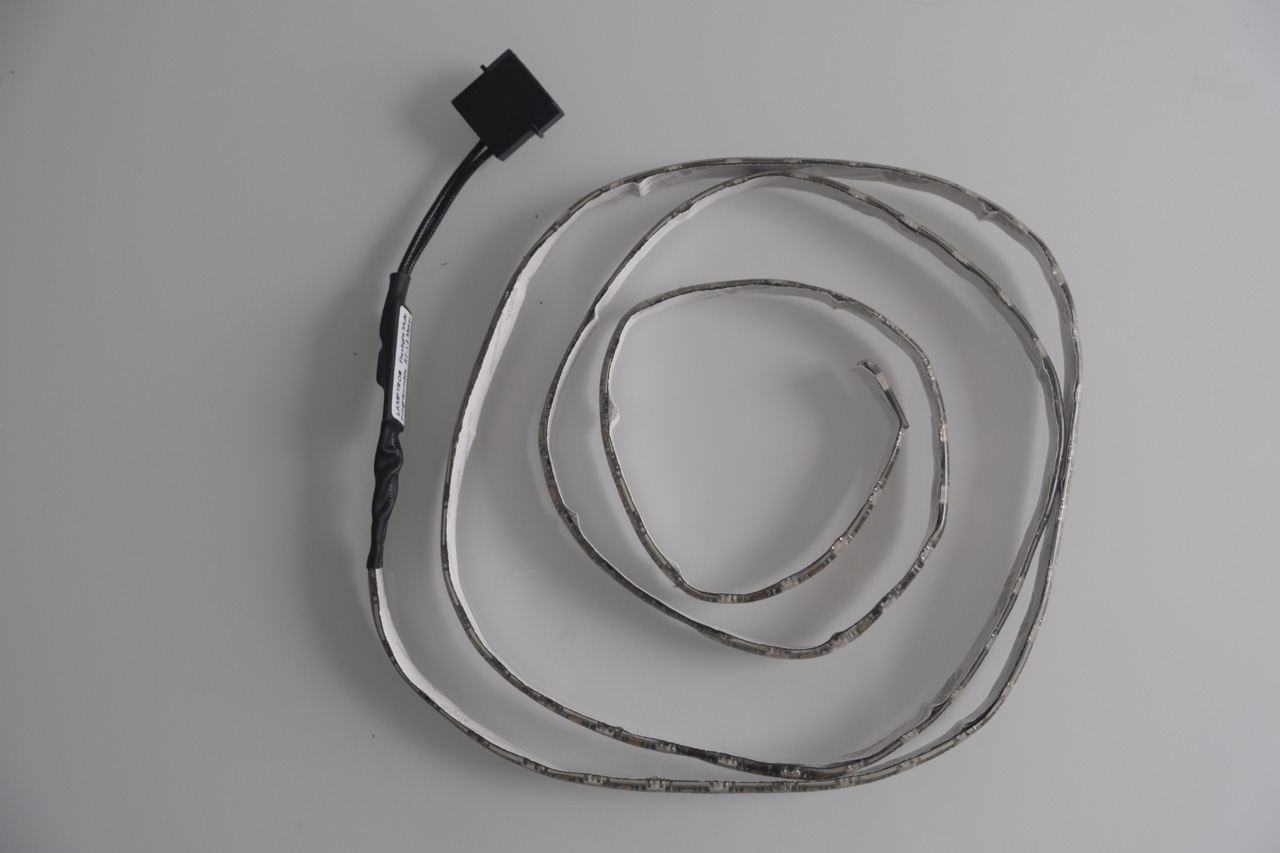 The Multi Simple Aura comes with two half-metre light strips that plug into a single cable, allowing you to run a whole PC’s worth of lights from a single RGB header. The cable has small magnets embedded inside, which allow other external magnets to stay in place. This system allows the lights to be placed without adhesives onto ferrous surfaces, like most PC cases. 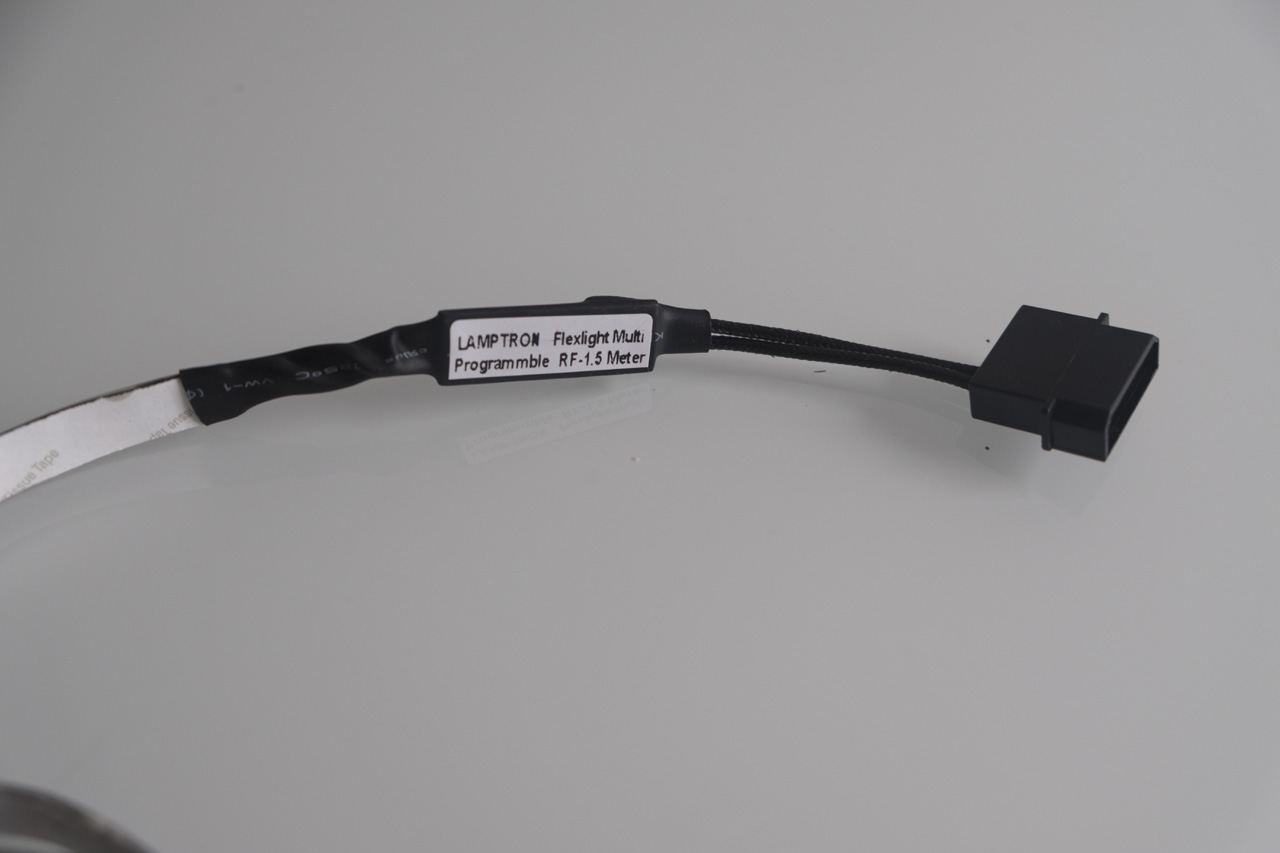 Meanwhile, the Multi Programmable Standalone is self-contained, taking a molex power and turning it into a one-metre strip that’s controlled via remote. It is attached via an adhesive, which came pre-applied to the strip on one side.

We used the Multi Programmable for the majority of our testing, as we don’t have an ASUS Aura compatible motherboard during our test period. (We did try hooking up to an NZXT Hue+ RGB module, but this produced only an extremely dim red colour no matter how we plugged it in.)

The cabling on both modules is neat and tidy, with heat-shrunk leads that allow for easy placement. The strips are flexible and seem quite durable as well. We found the adhesive to be slightly more convenient than the magnets, as the magnets had a bad habit of staying behind on the case after we removed the strip. 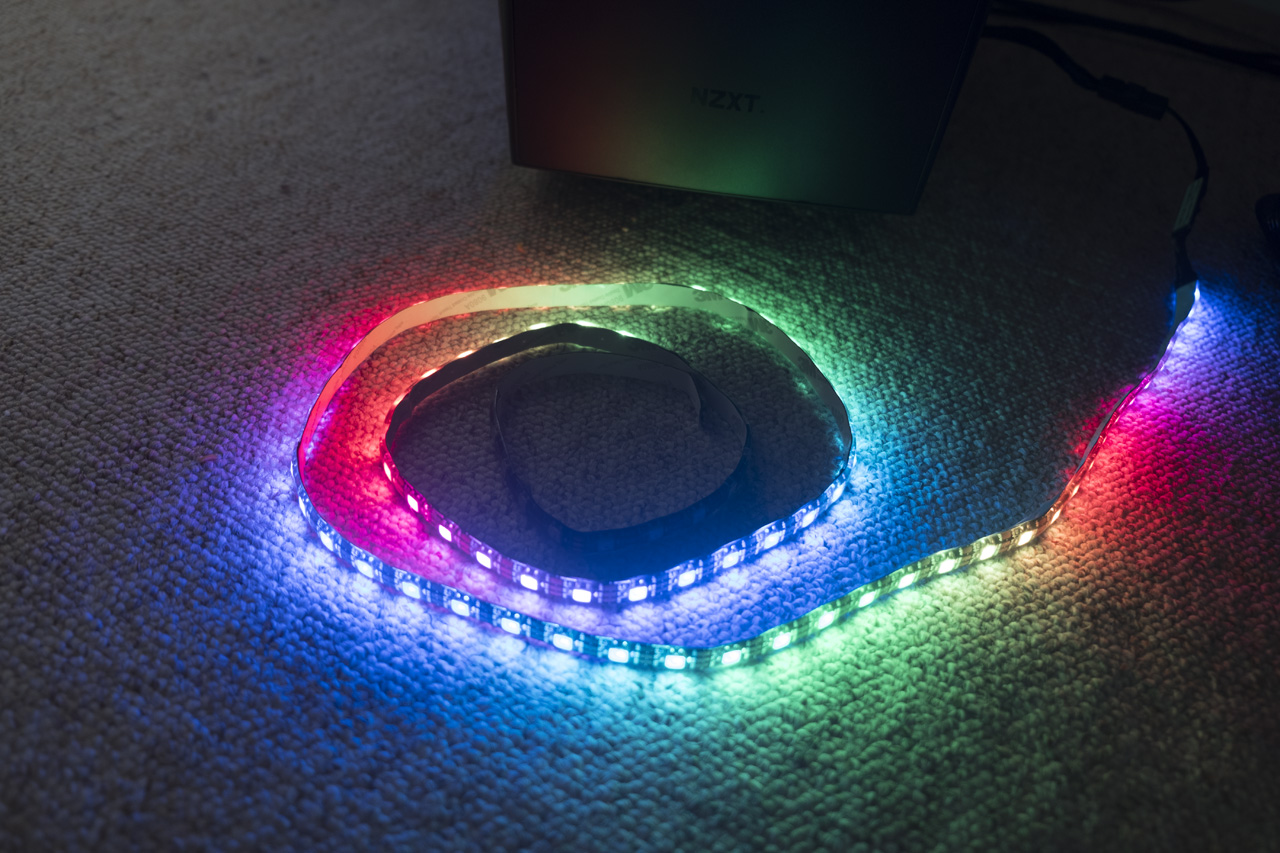 The colour produced by the Multi Programmable strip was incredibly bright, easily filling our case with a wash of exciting colours and patterns. 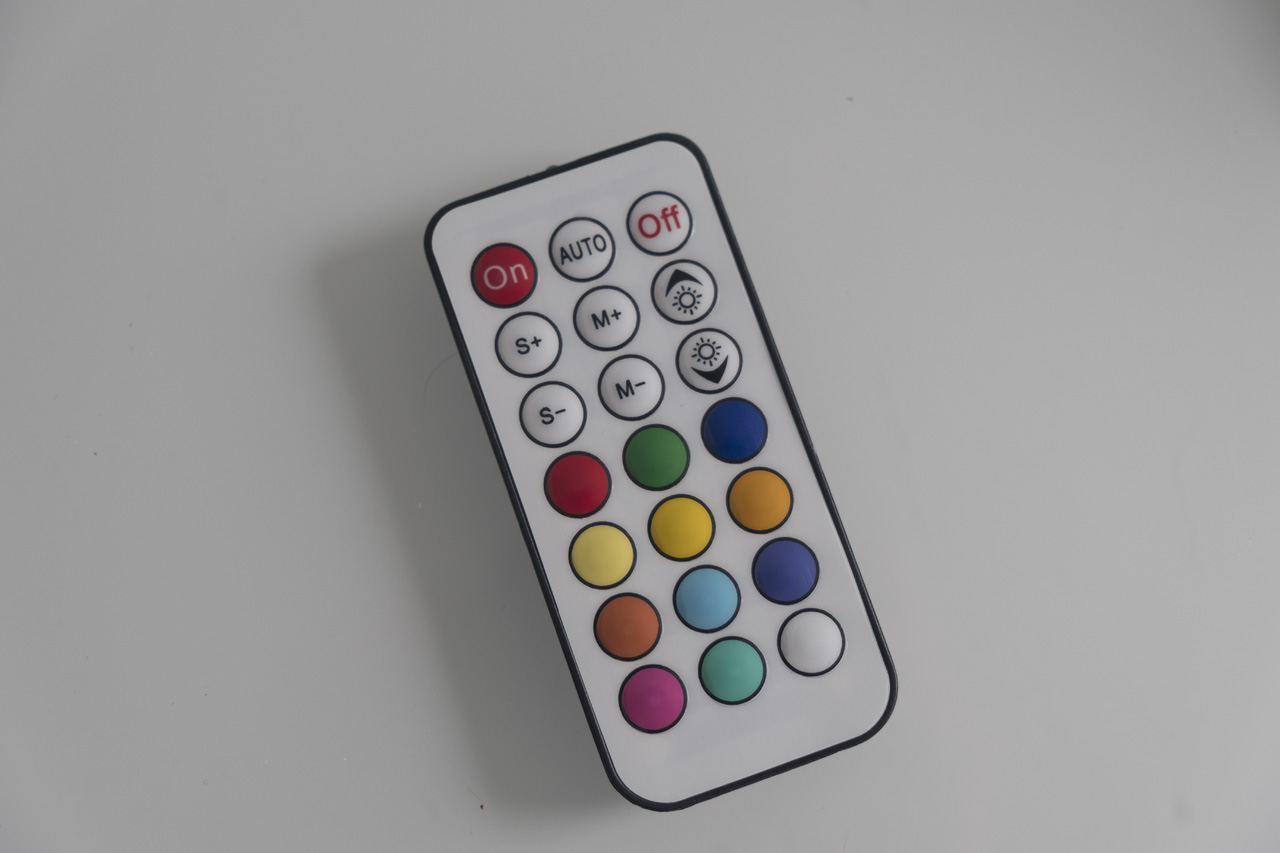 The Multi Programmable has apparently hundreds of different configurations, which makes it fun to flick through but hard to go back to one that you liked. (Here, a software alternative where you could search or select an option from a list, or just define your own pattern, would be a big improvement). However, you can also select single colours through dedicated buttons. The brightness and the speed of the animation can also be adjusted, which is nice.

If you want to add some lighting to your case and don’t want to bother with adding an RGB controller like the NZXT Hue+ (or upgrading your motherboard to one that supports ASUS Sync like the ROG STRIX X370-F), then the standalone nature of these RGB strips certainly appeals. Almost every computer has a couple of free Molex connectors, and this is a nice way to use them up. If you are already set up with equipment that supports ASUS Sync, then you can get a version that accomplishes that as well.

In terms of simple versus programmable, the programmable version definitely gets my vote. It might be a bit more expensive, but you can have a lot of fun playing with all the different colours and modes available. 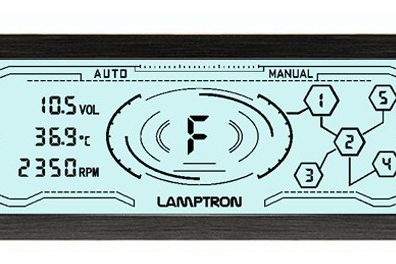 While many cases these days come with their own built-in fan controllers, it’s also possible to get... 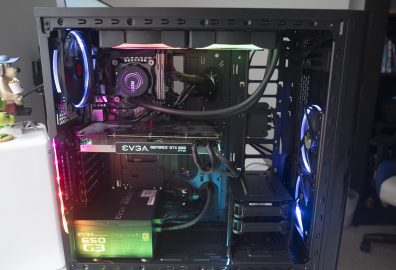 The View 31 Tempered Glass RGB Edition is a stylish case with a modern tempered glass design and three...