Today we’re looking at a foldable keyboard for smartphones, tablets, laptops and indeed computers of all kinds. This particular keyboard is made by Jelly Comb, and distinguishes itself with the inclusion of touchpad and aluminium construction. Let’s check it out! 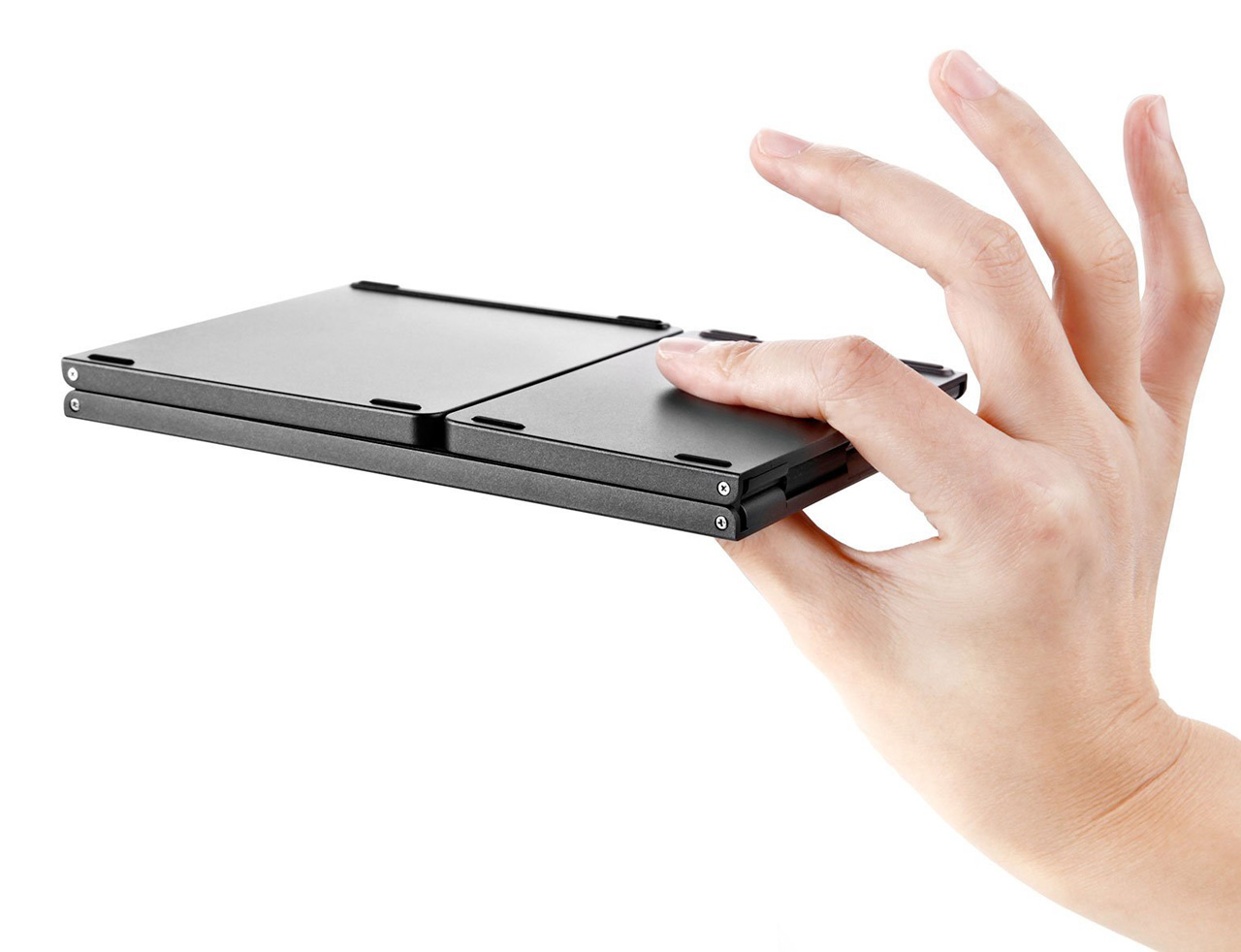 This Jelly Comb keyboard folds up into an aluminium-wrapped rectangular prism, about the height and length of three standard credit cards next to each other. A fold slightly off centre reveals the keyboard and touchpad within.

The keyboard has a fairly standard ANSI-style layout for a Bluetooth keyboard, with rubber domes beneath rounded rectangular keycaps. While most keys are a consistent size, the top row is about half the height of the standard key, and the bottom row is perhaps 1.5x as tall. Also, keys near the leftmost fold — F, T, V — are substantially thinner in order to not disrupt the spacing of the layout. The space bar is also split into two parts for the same reason. 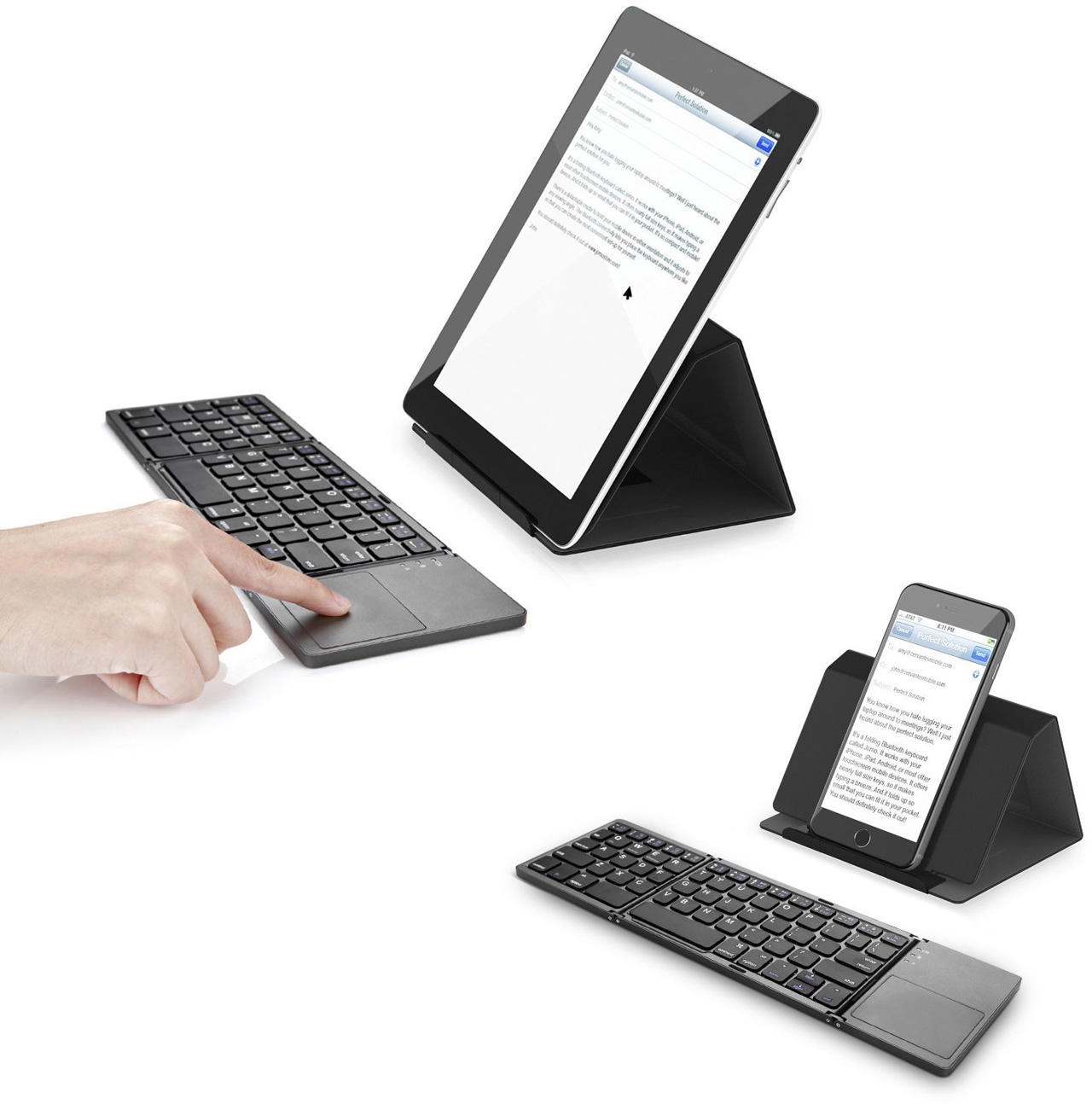 The right part of the keyboard is actually a touchpad, taking up about half the height of the chassis. This touchpad works everywhere but iOS as a mouse replacement, which is handy as it means you can still work in apps that lack keyboard shortcuts for common actions (e.g. sending a message in Facebook Messenger). There are no mouse buttons here; instead tapping is used for a click. Finally, this area also has three indicator lights, for caps lock, Bluetooth status and low battery.

On the top side of the keyboard, there’s an on / off switch and a Bluetooth pairing button. A Micro USB charging port is also present. 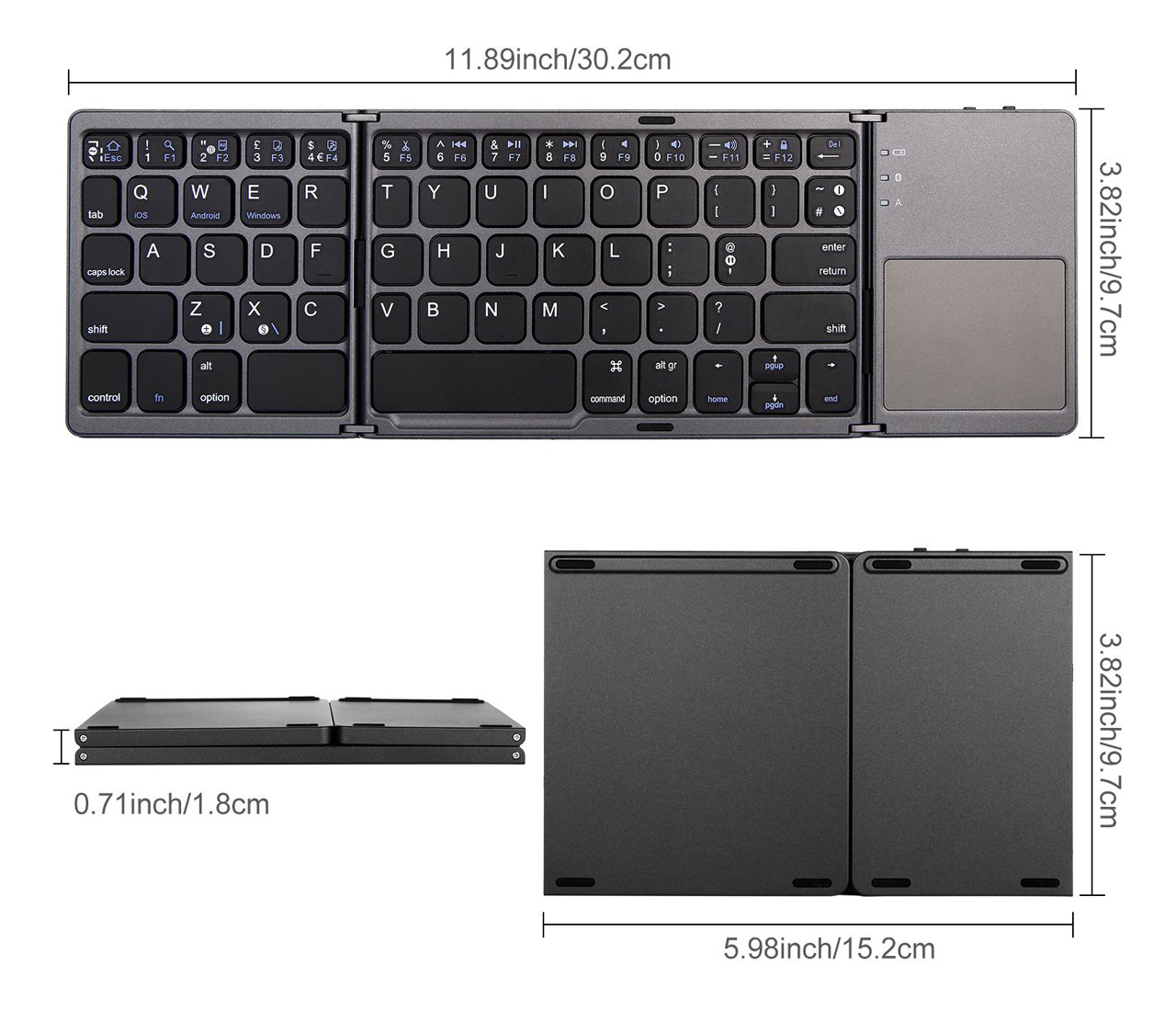 Once folded, the keyboard feels quite solid and secure; I wouldn’t have any qualms about throwing this in a backpack or maybe even fitting it into my front pocket for use on the go. 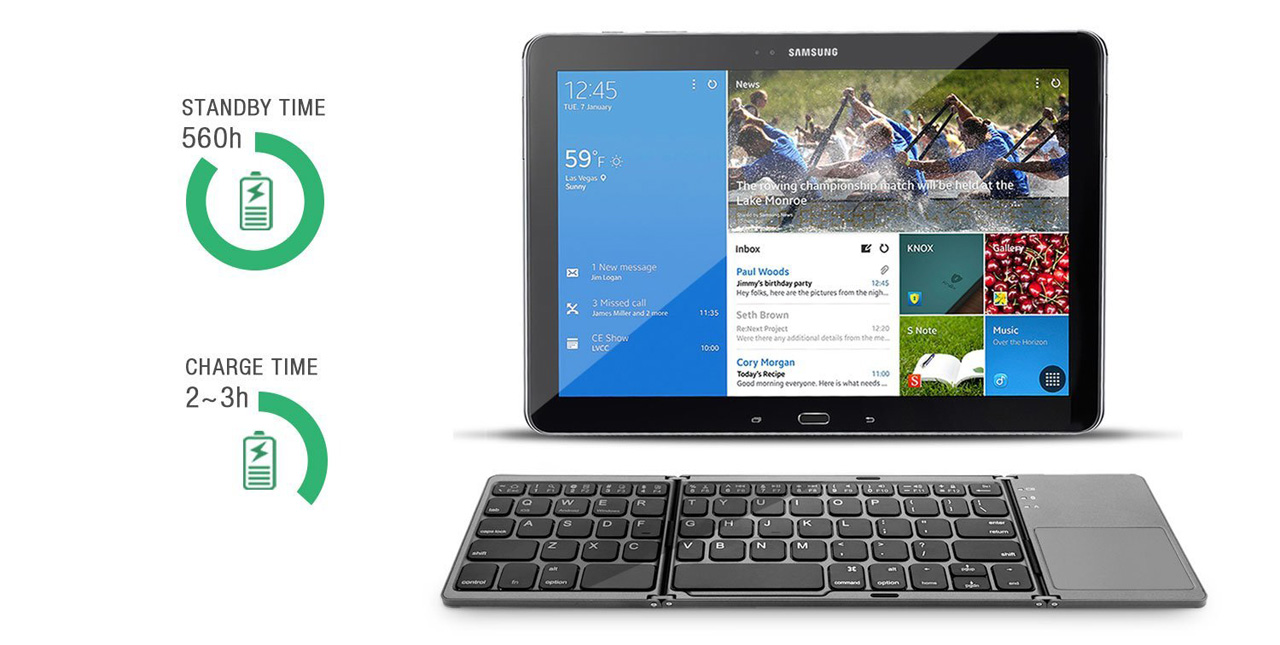 We used the Jelly Comb keyboard and touchpad with a Samsung Galaxy S7 Edge and iPhone 6 Plus for a few hours, wherever possible. That included writing some messages, writing up a section of this article, and generally navigating around the phone’s UI while reading email, sending tweets and even playing Flow.

Generally, we found typing on the physical keyboard was faster but less accurate than using the on-screen keyboard. The smaller keys near the fold really messed me up, as I would either miss them completely or press just a corner due to their smaller size. The T key was the most vexing, giving how often that letter is used in English.

The tactile feedback and larger size of the keyboard did allow for faster typing, albeit with frequent corrections. 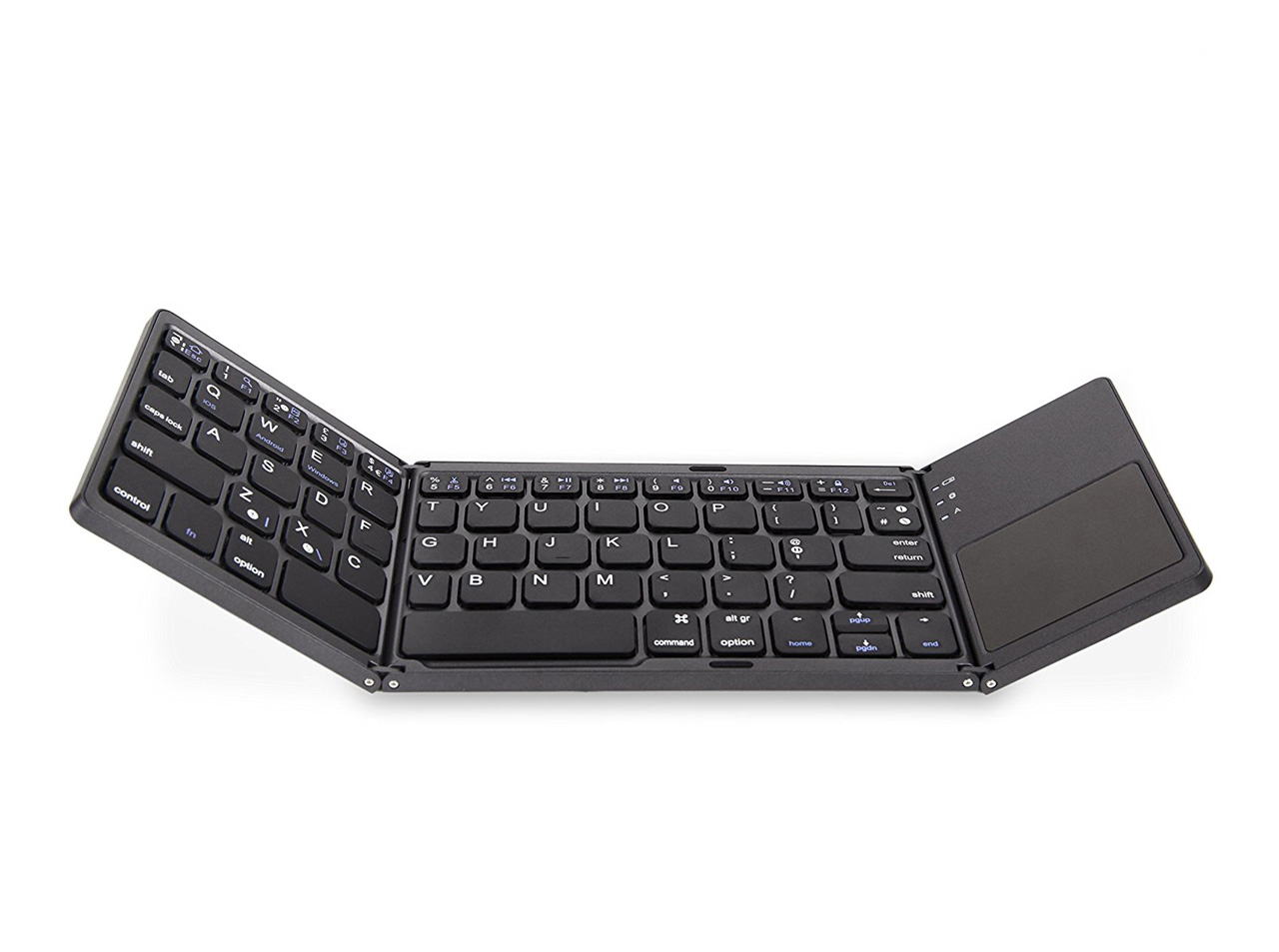 The touchpad was also quite useful, as it allows you to keep your hands near your keyboard instead of resorting to touch controls half-way through your writing. It was sometimes difficult to get touches to register exactly the way I wanted them to (e.g. double click, click and hold) but scrolling worked perfectly every time.

The shortcut keys worked as advertised, requiring only a simple switch when moving between operating systems. (It would be nice to see automatic detection in the future!) The keyboard also paired quickly with new devices, and we didn’t run into any battery issues after a whole day of use — truth be told, we expect at least a month of battery life before recharging is required.

This foldable Bluetooth keyboard is more tempting than most others in its class, providing a decent typing experience that is only let down by its trio of undersized keys. Otherwise, the Jelly Comb keyboard provides a noticeable advantage over most software keyboards, and thanks to its folding design it’s pretty easy to keep with you.

If you want to get this keyboard at a discount, use the code LH8GCGF5 for 20% off! 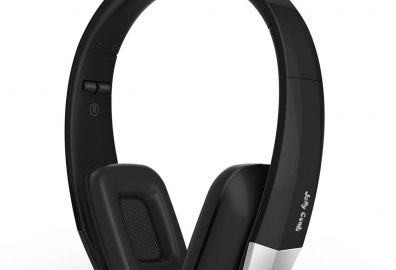 Today we’re looking at the £25 Jelly Comb Wireless TV headphones. These headphones connect to any... 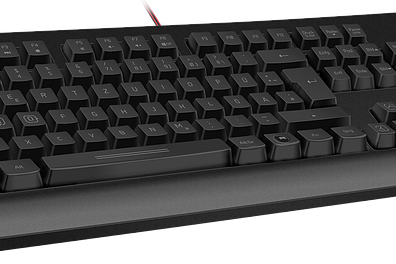