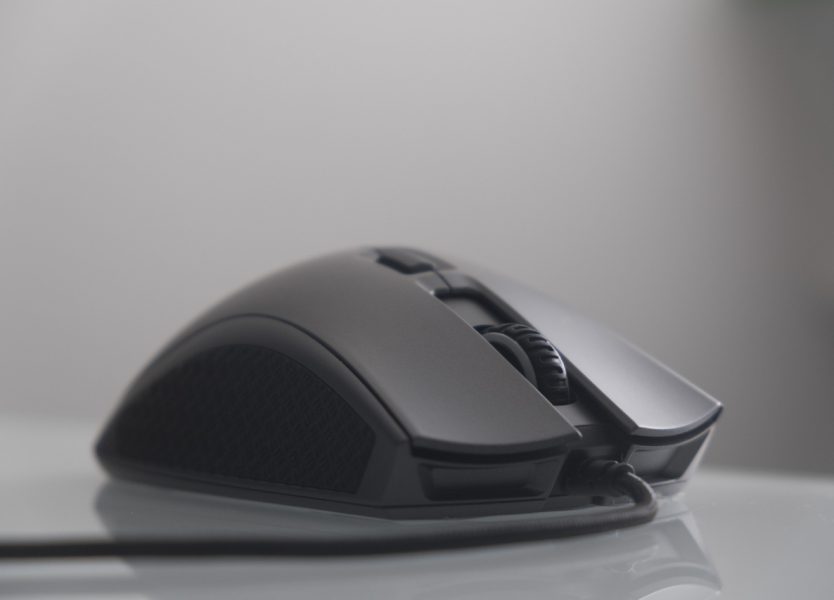 HyperX’s Pulsefire FPS Pro is the company’s latest and greatest gaming mouse, offering everything a CS:GO, Fortnite or PUBG gamer needs to excel: a top-shelf optical sensor, a balanced design and even a stylish look. On paper it’s an absolute champion, but let’s see how it holds up in real-world testing over a two-week period.

In this review, I’ll be comparing the Pulsefire FPS Pro most closely to another flagship-grade mouse from another company, the SteelSeries Rival 600, as the two mice sit at a similar price point, are a similar size and feature similar capabilities. The Rival 600 is also the mouse I’ve been using for the past eight months, making it the most familiar point of reference for me right now. 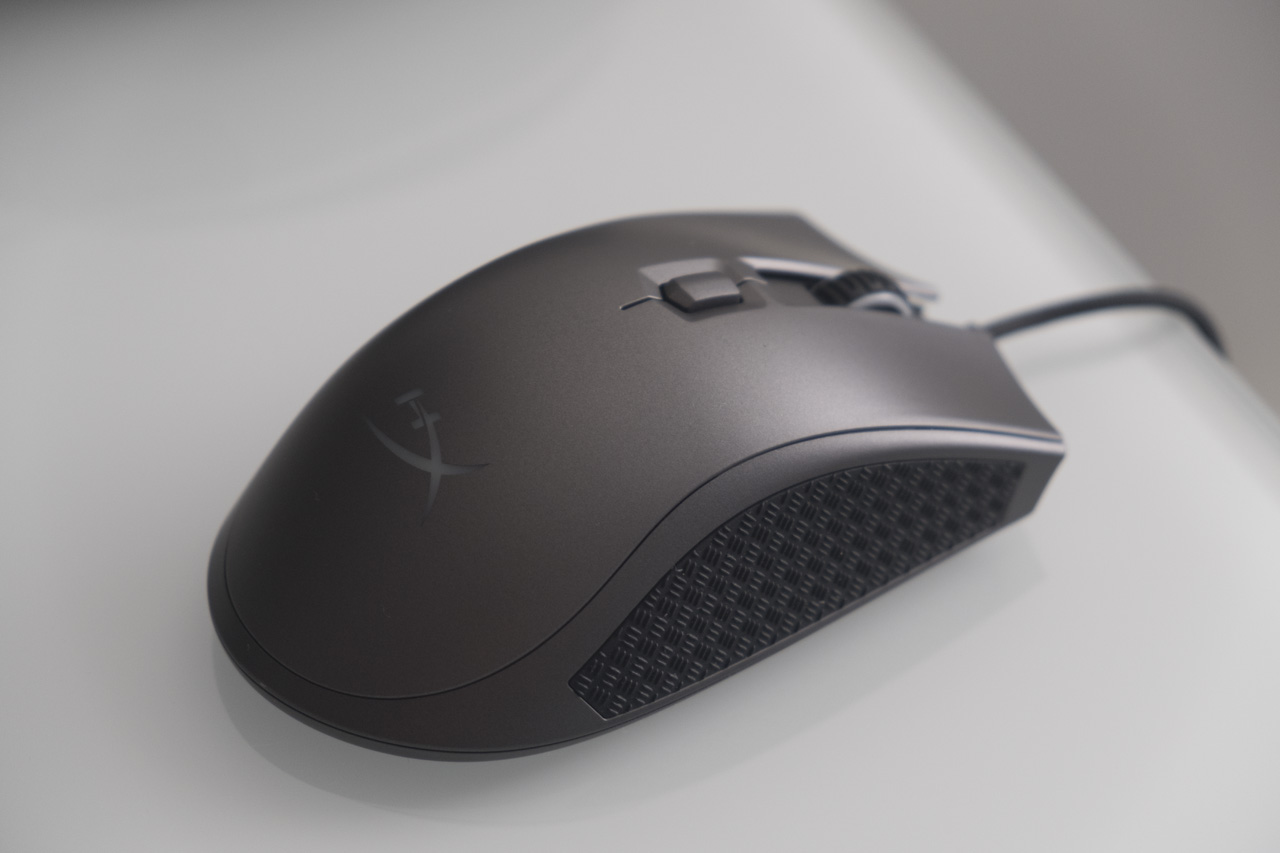 The Pulsefire FPS Pro reminds me of a modern navy vessel, with a pointy prow and a streamlined stern. The colour is a gunmetal grey, with a rough black checker-plate patterned grip which runs the length of each side. The bottom of the mouse is rather plain by comparison, with two massive skates fore and aft.

Compared to the SteelSeries Rival 600 that I’ve been using as my daily driver, the FPS Pro is slightly wider (71mm vs 62mm) but weighs almost the same at 95 grams. However, the shape of the two mice is different; the Rival 600 has a slight outward curve at the top of the sides which makes it far easier to hold onto. The FPS Pro lacks this curvature, instead curving out towards the back, which means that it will slowly slide out of your fingers if you release your grip – not ideal. Otherwise, these two flagship mice are very similarly sized in terms of height and length, and should prove comfortable for all but the largest or smallest hand sizes. 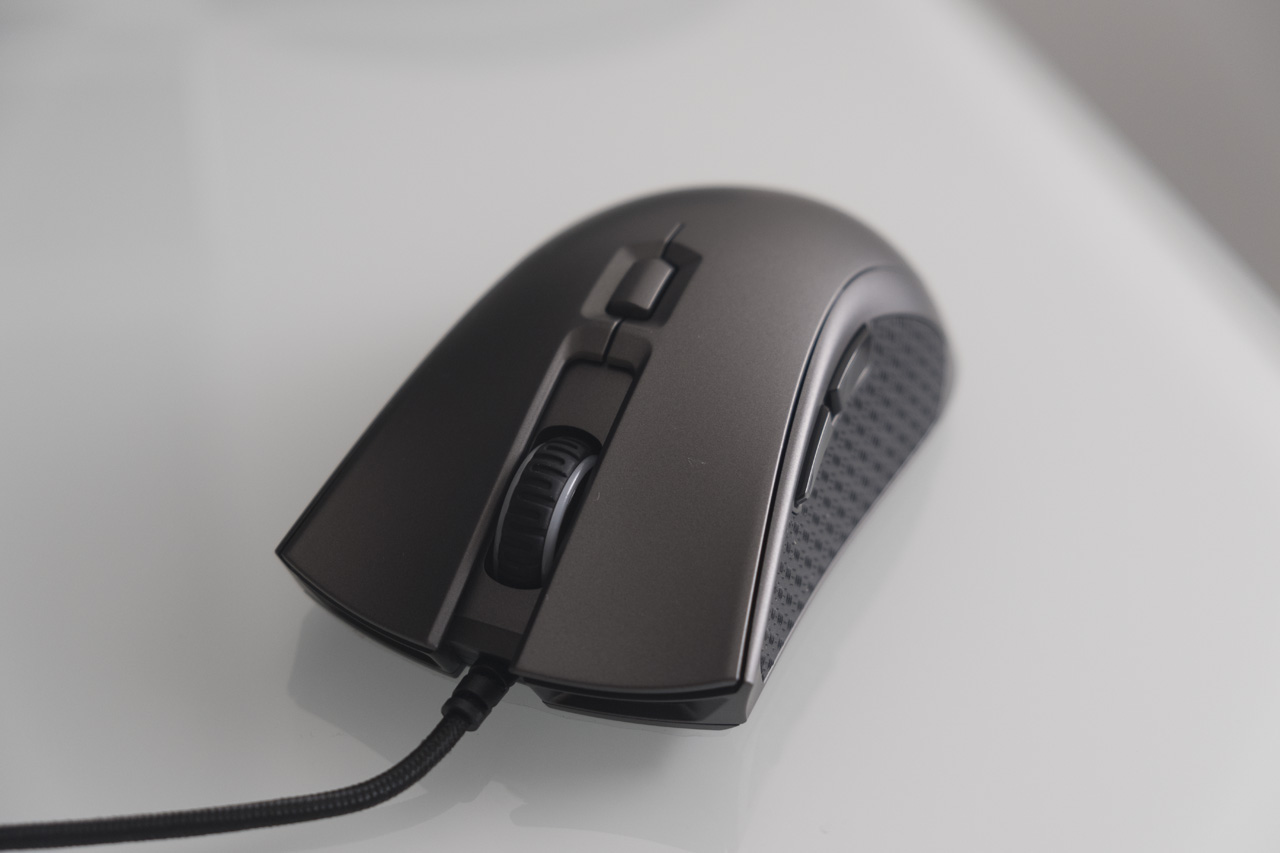 In terms of buttons, it’s a very standard arrangement: two side buttons on the left, accessible with the thumb, and a recessed button in front of the scroll wheel which allows you to toggle between DPI settings. Internally, the FPS Pro includes standard Omron switches for the left and right mouse buttons, complete with a loud click. The two side buttons are a little quieter and have slightly more travel, while the DPI toggle button has a higher-pitched click – not that you’ll be hearing it a lot, anyway. The wheel is both smooth and notched, making it suitable for gaming and everyday use. 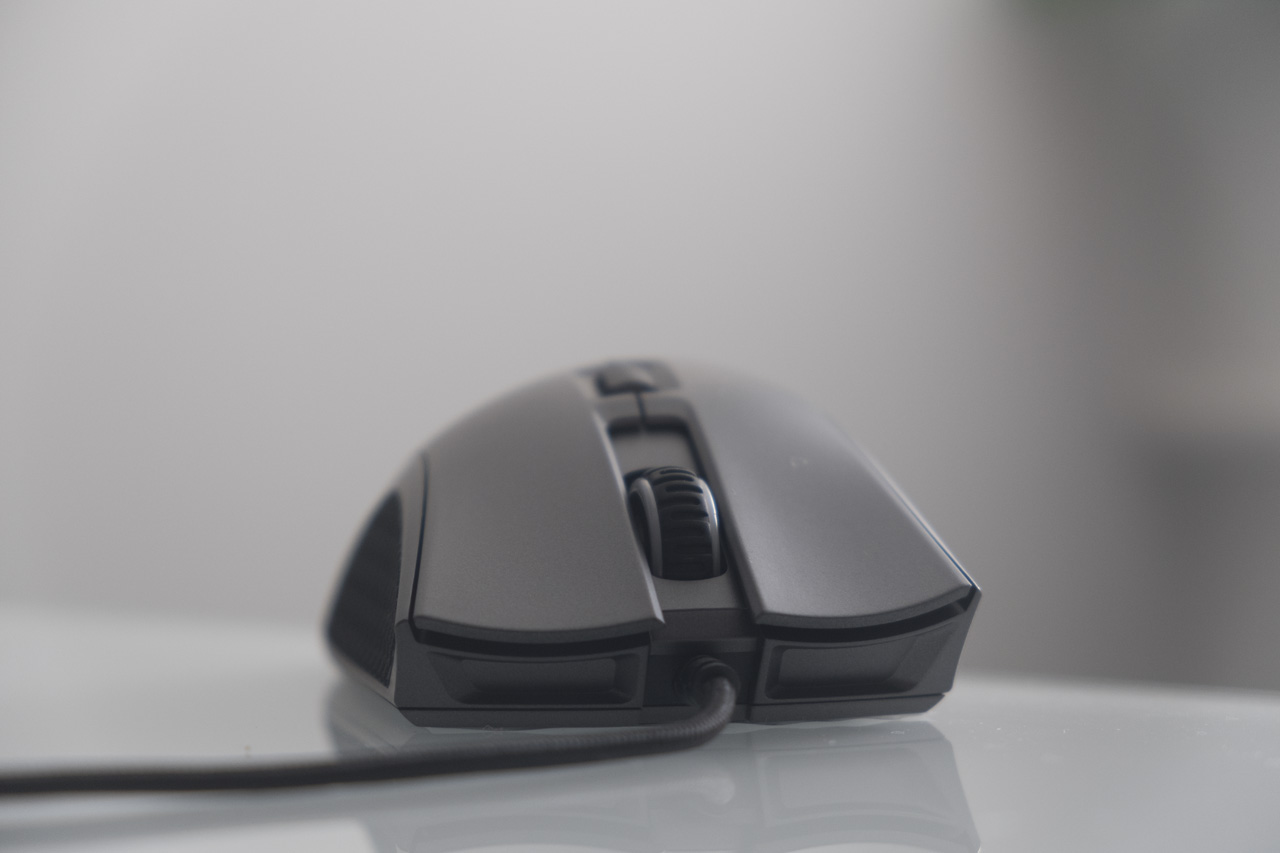 RGB lighting is also a given on a modern mouse of this price point, and indeed we find a light-up scroll wheel and a HyperX logo which hides beneath your palm; there’s no edge lighting, underglow or similar. Given the mouse’s military appearance, having just two lighting zones makes sense to me.

The Pulsefire FPS Pro uses a PixArt 3389 optical sensor, which lacks any kind of acceleration and is well regarded in terms of accuracy and precision. That should make it a dependable choice for games of all kinds, especially shooters that demand accurate flick shots, and that was borne out in my two weeks of testing.

However, I did find that the shape of the sides did mean that the mouse was less stable in my hands, often threatening to slip out, and I needed to wipe my hands dry between rounds of Counter-Strike: Global Offensive and grip the mouse tighter than usual, something I haven’t needed to do for other mice.

This lead to an unusual feeling of being very slightly out of control at all times, which made it difficult to hit long-distance shots with precision and even resulted in a few close-range whiffs. Playing at low DPI settings (e.g. 400DPI) requires lifting the mouse to quickly turn around in games, and this is where the mouse felt the most likely to slip out of my hands. It’s worth mentioning that those that play at higher sensitivities will likely avoid this problem, of course.

Over my testing period I gradually adapted to keeping a tighter grip on the mouse, which allowed me to perform better. However, the soft touch plastic and the more concave shape of the SteelSeries Rival 600 still feels more natural in my hand; your mileage may vary.

The HyperX Ngenuity software provided with the mouse is among the worst that I’ve used, although as you’ll only likely need to use it a few times, it’s hardly a deal-breaker. First of all, the interface is incredibly unintuitive, with no visible controls to adjust the DPI setting, adjust the lighting or set up macros. Instead, you must select the default profile or create a new one, then hit customise to see these vital settings. There are three buttons next to a Venn diagram labelled Cycle, Solid and Trigger, which you might expect to be lighting controls. However, they act like built-in profiles that also overwrite our DPI settings and can’t be modified, making them best avoided.

Most of the screen is taken up by an image of the mouse, but it’s impossible to click on parts of these image to make changes, as you can do in other widely used mouse software. There are also plenty of unlabelled buttons, and their mouseover text only appears after several seconds, making it easy to miss the first time around. The first time you use each screen you get an overlay that explains what various buttons do, but they provide way too much information and black out the rest of the screen, making it hard to remember where that button you just saw actually is in relation to everything else.

The software also appears to forget my settings each time I restart Windows, requiring that I open the software and press the ‘Apply’ button before playing any games. This presumably isn’t the intended behaviour, and it’s jolly annoying to be quite honest.

Finally, the HyperX Ngenuity installer currently weighs in at 423MB, for reasons that remain unexplained – presumably the installer includes data for every HyperX product on the market, but it’s still a bit excessive.

HyperX need to urgently remake this software to improve its usability; if smaller companies like Speedlink are able to nail this consistently, HyperX have absolutely no excuse in this day and age.

The HyperX Pulsefire FPS Pro comes so close to perfection, offering a comfortable body, precise sensor and heaps of style. The only thing holding it back are poorly shaped side panels that make it hard to lift and some truly last-gen software. If you play on higher sensitivity settings (and therefore don’t need to lift your mouse as often), then the FPS Pro could still be a winner… but for me, it’s a bit of a dealbreaker.

However, I’d like to end this review on a note of optimism. HyperX’s gaming mice continue to improve with each iteration, and the Pulsefire FPS Pro is just a refined shape away from being a top-tier contender. 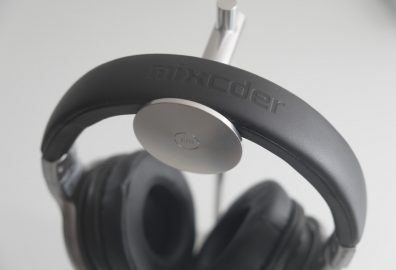 Bluetooth headphones are a dime a dozen online, with Amazon listing literally thousands of options at a range... 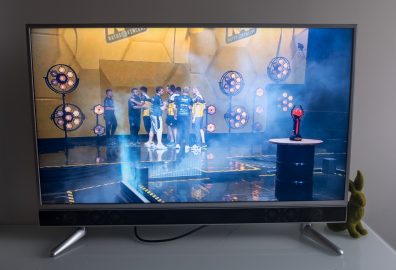 Today we’re looking at the 50-inch Cello Platinum, a 4K Android smart TV offered for the low price of...