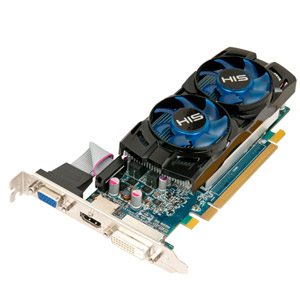 With the new line up of graphics cards coming from AMD and Nvidia, we can expect some nice price drops on the last generation as both firms and their partners attempt to clear old stock. This means it’s upgrade time whether you’re buying the latest cards or not, but not necessarily just for the high end.

Today I’m checking out a card that’s much more at home in an HTPC or low end gaming rig. It’s a dual fan 6670 from HIS with 1GB of onboard memory. Let’s check it out.