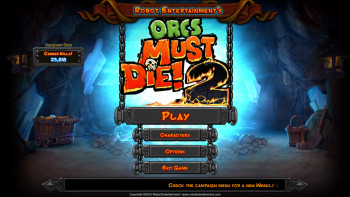 The first Orcs Must Die! title was well received when it came out just nine months ago. With a blend of solid third person tower defense elements and light hearted orc genocide, developers Robot Entertainment made a well formed and cleverly made game that compelled me to spend hours getting that elusive five skull rating on each of its 24 levels. But outside of these maps and the higher ‘nightmare’ difficulty modes, there wasn’t much to the game – there were only a few extra levels available as DLC, no level editor and no cooperative multiplayer. Put simply, there wasn’t much of an end-game.

Orcs Must Die! 2 aims to rectify this. With a new campaign with two different characters, cooperative levels and weekly challenges. With these it’s hoped that the sequel should offer a real end-game, sustaining player interest and providing ongoing challenges for veterans. Number 2 also rejigs the unlock system, with skulls being capable of unlocking and upgrading traps, weapons, trinkets and even costumes. Each unlockable element can be customised and upgraded more substancially than in the prior game, making full use of the extra skulls that are available upon playing and replaying the levels in the game. 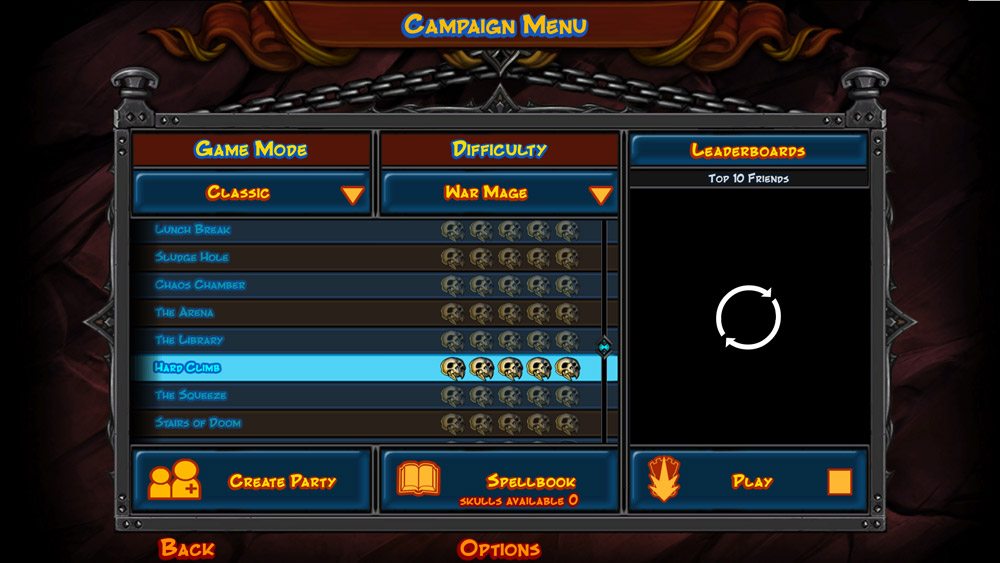 The game boasts of containing all of the levels, spells, items and traps of the original game plus a bevy of new additions. It’s a much different approach than, for example, the evolution between StarCraft Brood War and StarCraft II. Here, Blizzard deliberately kept the number of units and races the same, keeping just the favourites and the majority being new additions. In Orcs Must Die! 2, the play space is much more crowded, with only a few new gameplay elements.

This results in a game that plays incredibly similarly to its predecessor; you can take the strategies, loadouts and even specific trap setups that were successful in the original game and deploy them to similar success in the new title. When you already have a winning formula that you’ve figured out over the time you spent in the first game, there’s little impetus to explore the new content, making the game feel like an expansion instead of a true sequel.

However, it seems that new content isn’t really the focus of the game. Instead, the focus is on using this familiar toolset in new game modes.

The first new mode is just a new campaign that has a few new gameplay elements (like mine carts that prevent building traps along their path but deal substancial damage to orcs travelling along them). The campaign is fairly short (about half the length of the original) but it is still quite fun and expands in novelty substancially when done with another player cooperatively. As well as the new campaign, you also have the opportunity to play many of the levels from the first game in ‘classic’ mode, giving you an opportunity to replicate your earlier success with the rebalanced and new traps. 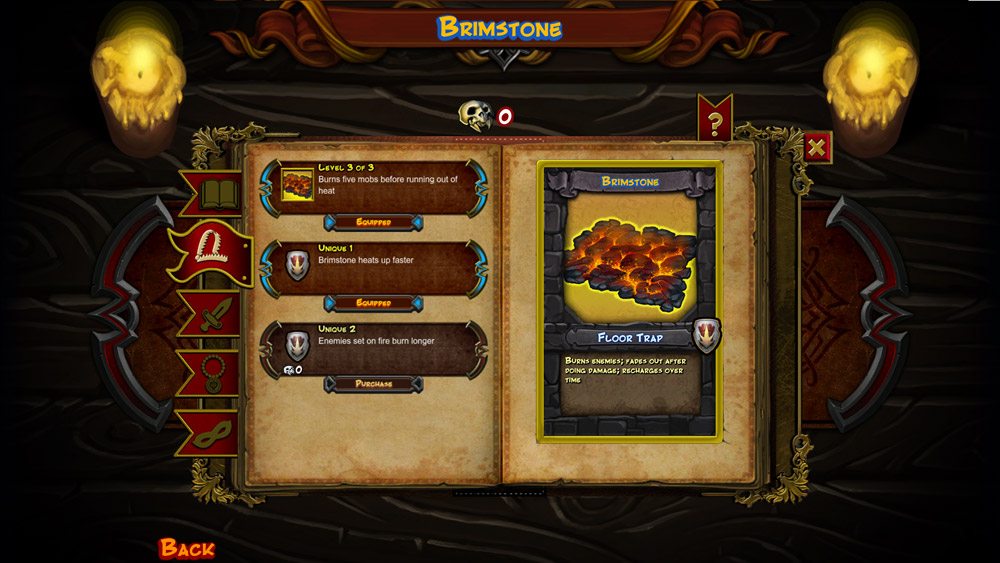 The second is endless modes, which offer much higher wave counts and therefore demand a much more complex and evolving trap setup. Where once you’d be thrilled to reach wave 12 against a preordained group of enemies, in endless mode there’s much more of a sense of experimentation that continues to build as you get to wave 40 or 50. While not all levels are available in endless mode, there are more than enough to sustain your interest – particularly if you’re competing against friends or global leaderboards.

Thirdly developers Robot Entertainment have begun to make weekly challenges, where you’re asked to beat a particular level with a tightly limited set of traps instead of allowing you the full suite that you’ve unlocked. This forces you to really play well, as each trap must be placed perfectly and your character’s positioning becomes more important if you want to five skull the level and place highly on the global leaderboards. 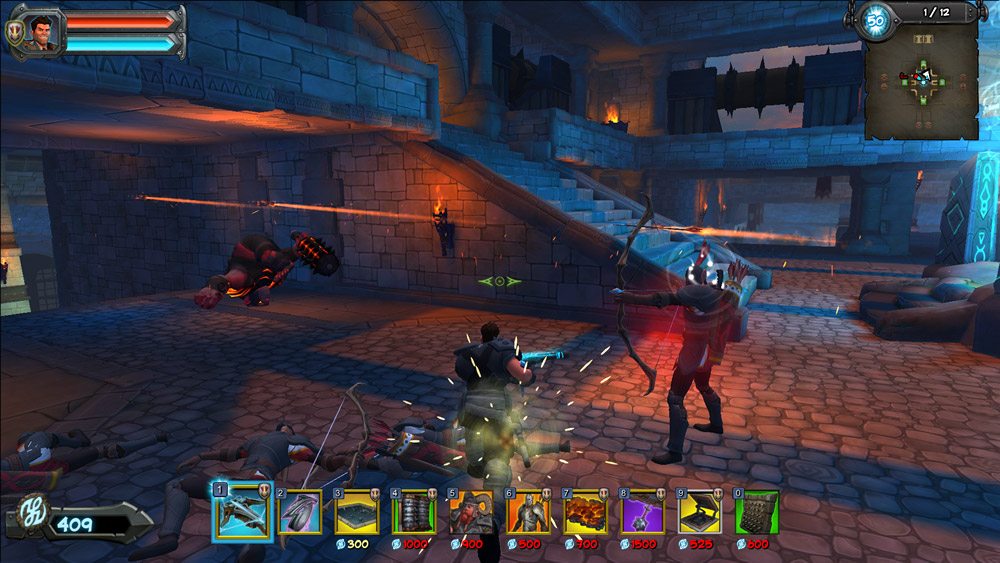 In conclusion, Orcs Must Die! 2 is a worthy sequel to the first title. While it’s a safe evolution rather than a disruptive revolution, the game offers most of the same content that made the first title great and adds in quite a few new end-game areas that should satisfy players for the weeks and months to come – a damn good deal for less than £12. I just hope that during this time, Robot Entertainment is busy preparing a true sequel to the game that is prepared to take a few more risks – I don’t want to play this game for the third time.

I've got two big loves in video gaming: multiplayer shooters and spaceship creation. The former has a near...