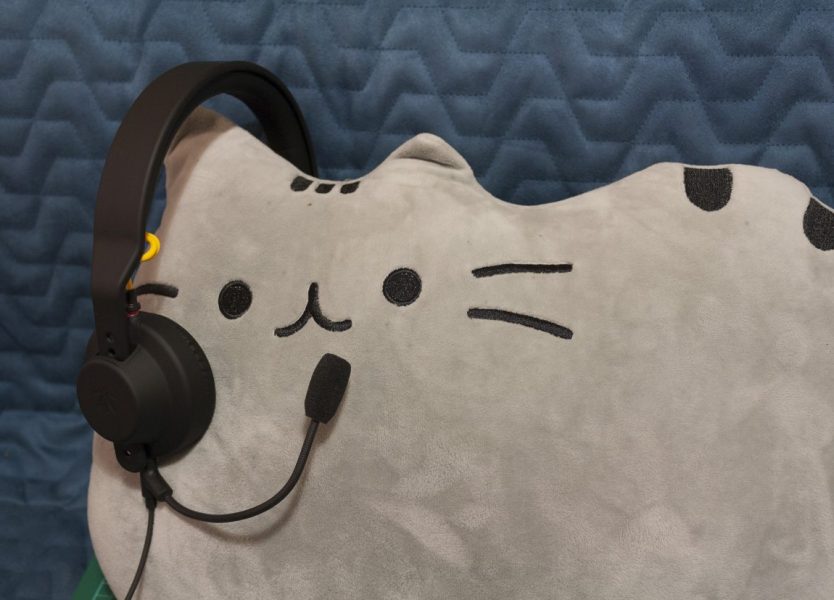 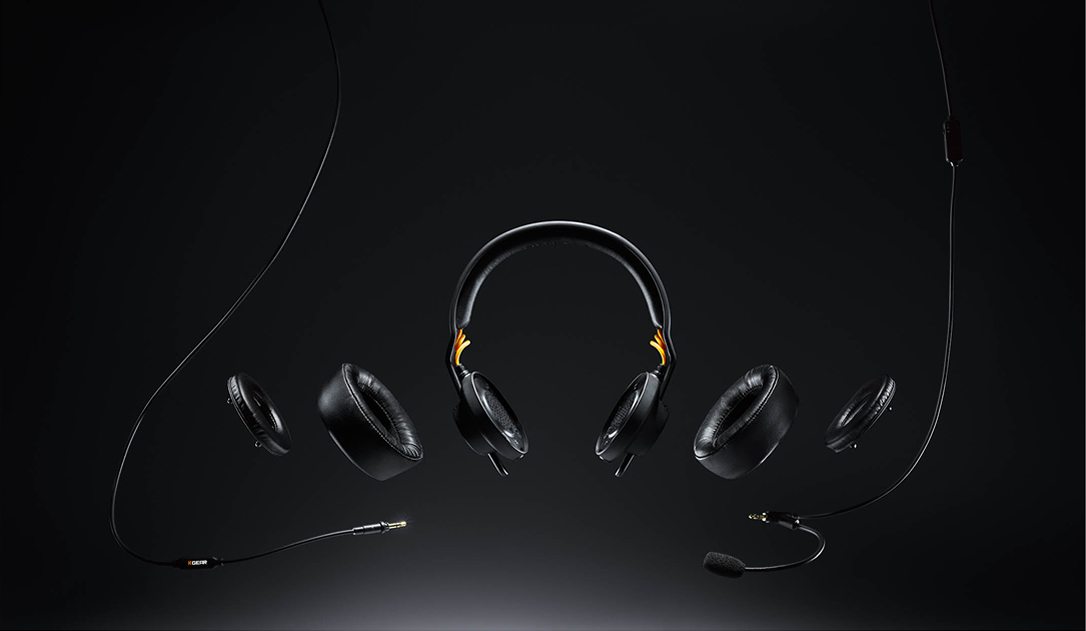 The Fnatic Duel is something special: a modular gaming headset. That means you can set it up as a lightweight set of headphones for your smartphone, or as a more immersive headset for gaming at your PC.

The headphones have an impressive sonic pedigree as well, as they’re actually a rebranded version of AIAIAI’s well-regarded TMA-2 headphones. It seems like a match made in heaven, but do they work as well for PC gaming as they do in the DJ booth? Let’s find out.

The Fnatic Duel comes at a high price, but it offers comfort, style and excellent sound. Add in a modular design that lets you use one configuration listening to music on your commute and another for battling back at home on your PC, and the Duel becomes an even more attractive proposition. 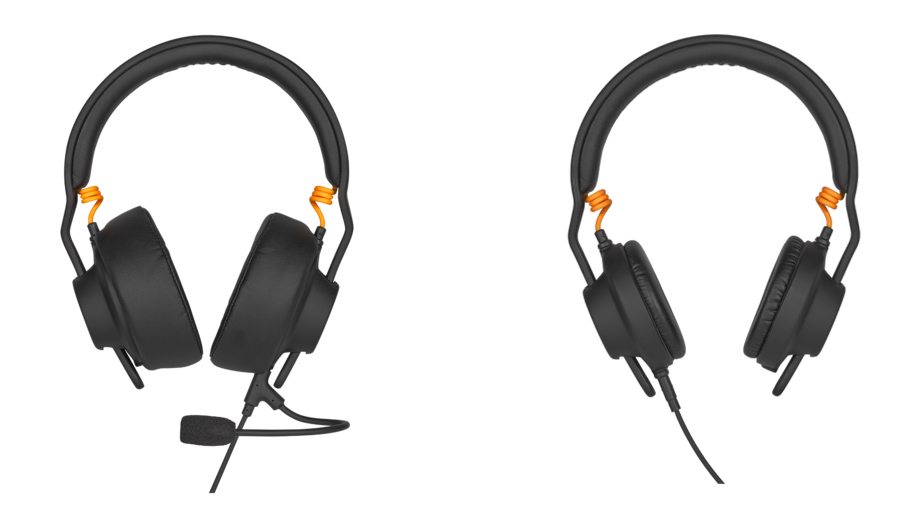 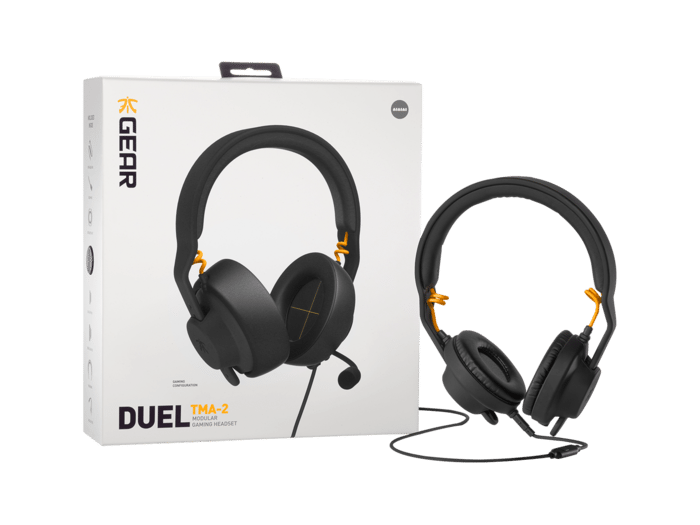 Opening the box is a nicely surprising experience. Instead of getting the headset and a few extra bits and pieces to swap on, the entire headset comes in little MRE-style packages. Tear these open, and you’ll get the components one or two at a time.

Then you’ve gotta assemble the headset, which is straightforward enough. You start with the headband, then plug the light orange coiled cables in the speaker units. Be sure to match the left speaker unit with the left side of the headband, by looking closely and finding the red colouring on the two components. After these are plugged in, you can rotate them a bit to secure the connection. 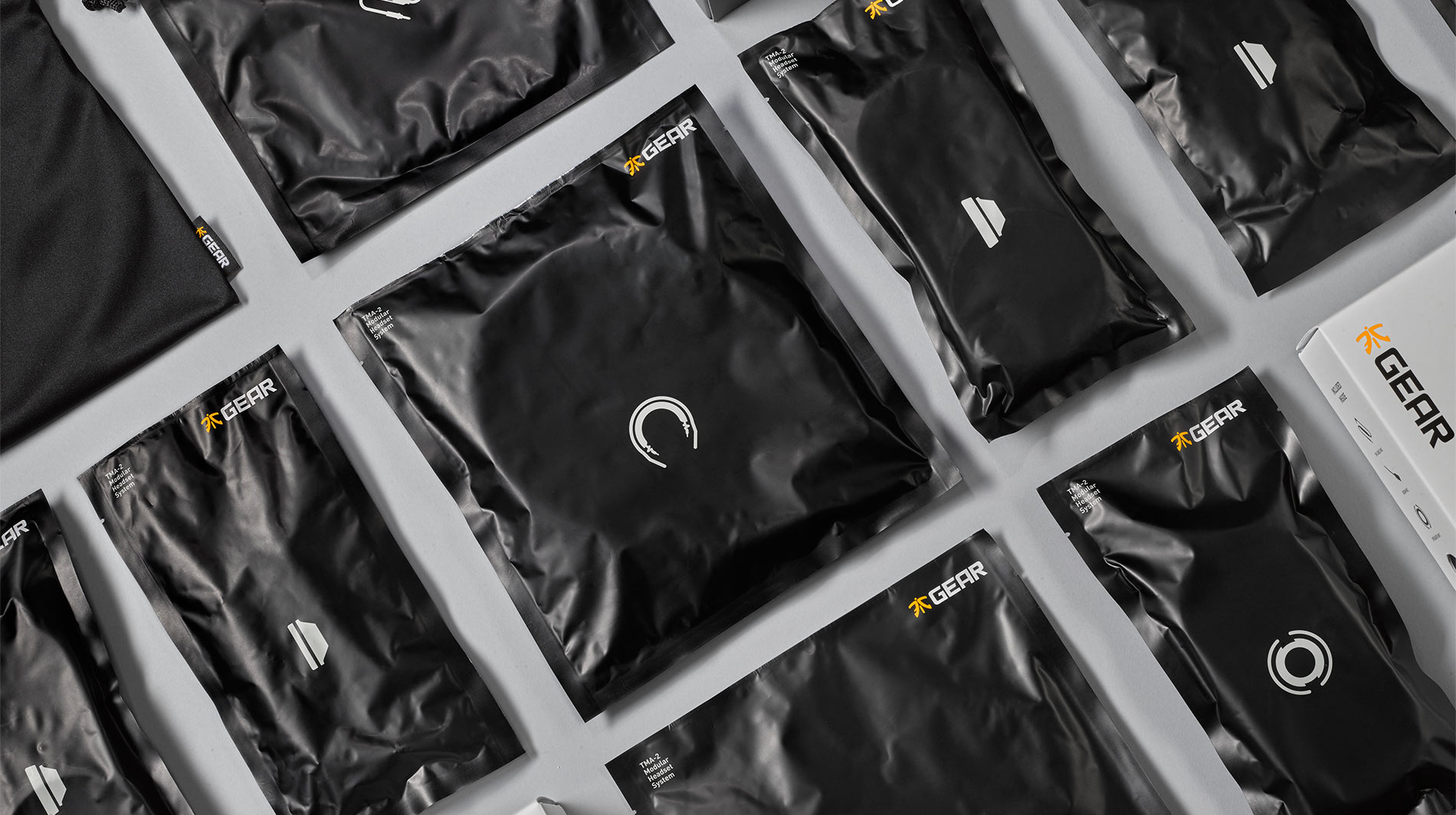 Now’s a good time to slide the speakers onto the headband, which requires a bit of force. After that, you can start making choices — do you want the over-ear earpads or the on-ear ones? Push them onto the plastic pegs, making sure to align the cutouts at the top and bottom with the 3.5mm jacks if you’re using the over-ear pads.

Finally, you can attach your choice of the in-line or boom microphones to either the left or right earpiece, securing it after insertion by rotating it a bit. You can also attach a 3.5mm splitter at the end of the cable if you’re plugging into a desktop PC with separate headphone and microphone jacks. 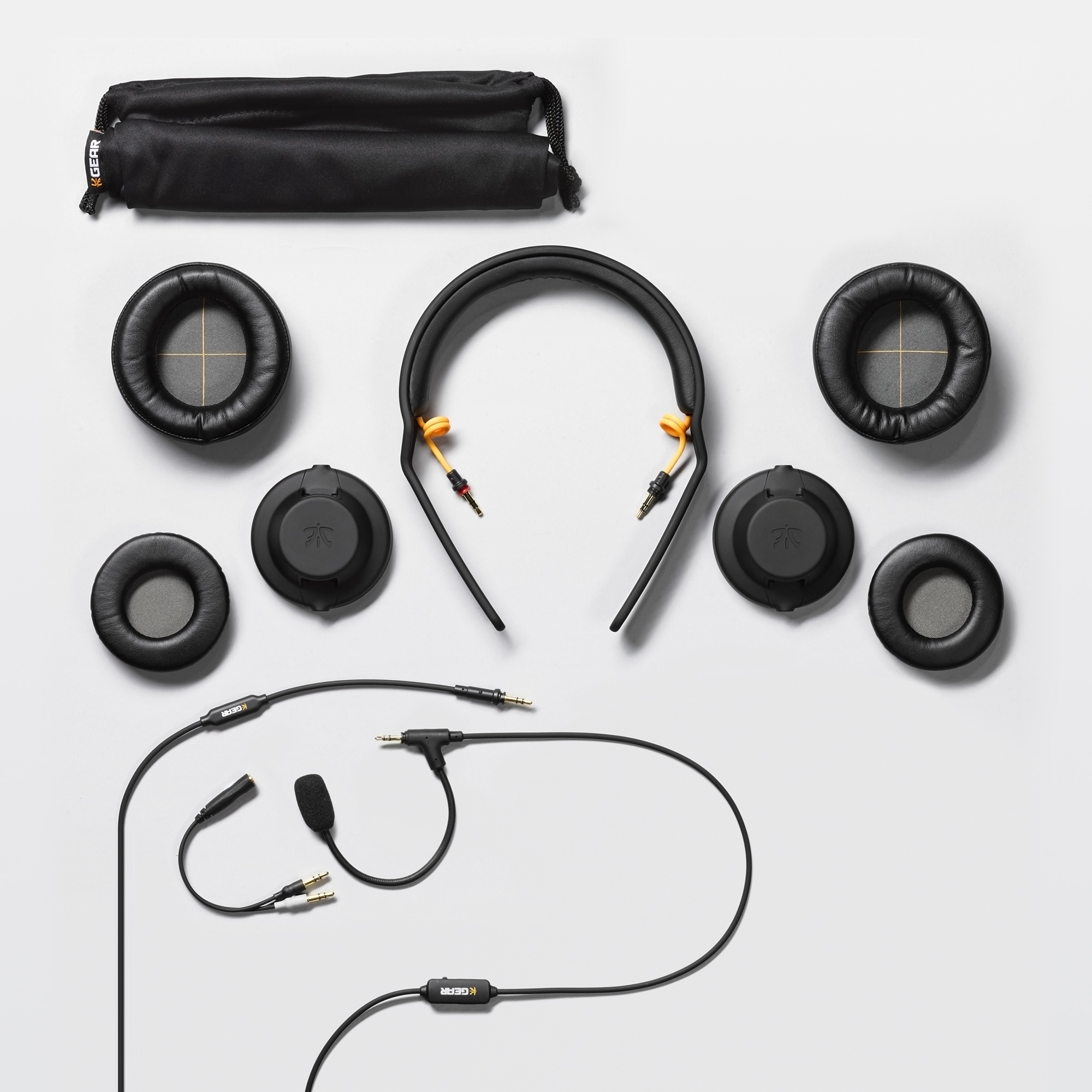 The whole thing will fit inside the drawstring bag provided, which can also hold your remaining bits and pieces. You also get some instructions and stickers in the box.

Now that we’ve got the headphones together, let’s have a closer look at their design. Each component here is matte black, with the lone exception of two components that aren’t visible during use: the light orange coiled internal cables and the grey-and-light-orange internal cushion of the over-ear headphones. 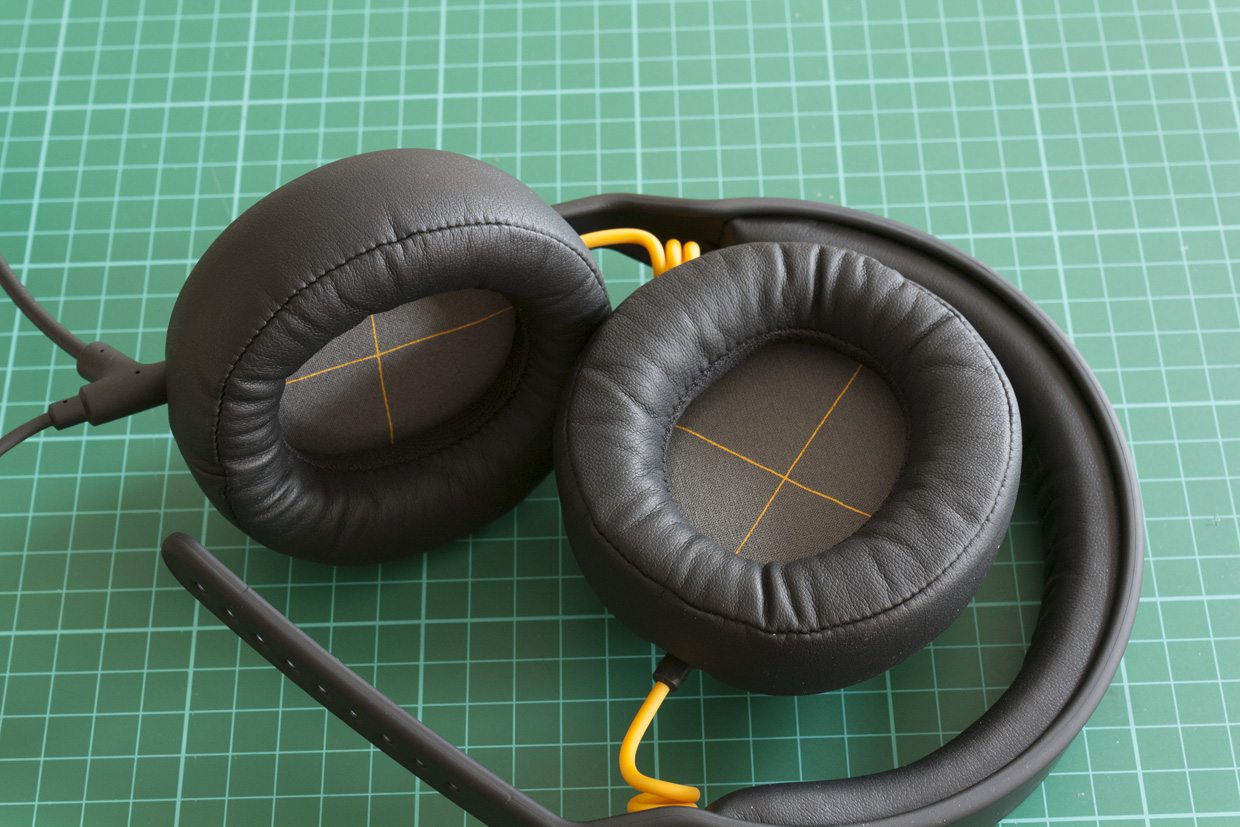 There aren’t any LED lights or stupid angles anywhere. Instead, the Duel’s look is stylish and refined, unlike most gaming headsets on the market. Even the Fnatic logos here are hard to see, just faint impressions of the logo on the outside of each speaker unit and the Fnatic wordmark on the underside of the headband. This minimalist look made AIAIAI famous with the TMA-1, so it’s no surprise that we get a similar vibe from Fnatic’s custom TMA-2.

The earcups and the cushion of the headband are made from PU leather and feel quite comfortable. The whole headset is light too, especially in its mobile configuration, weighing just 275 grams. My daily driver is Mionix’s excellent Nash 20 headphones at 400 grams, so this was a noticeable difference. 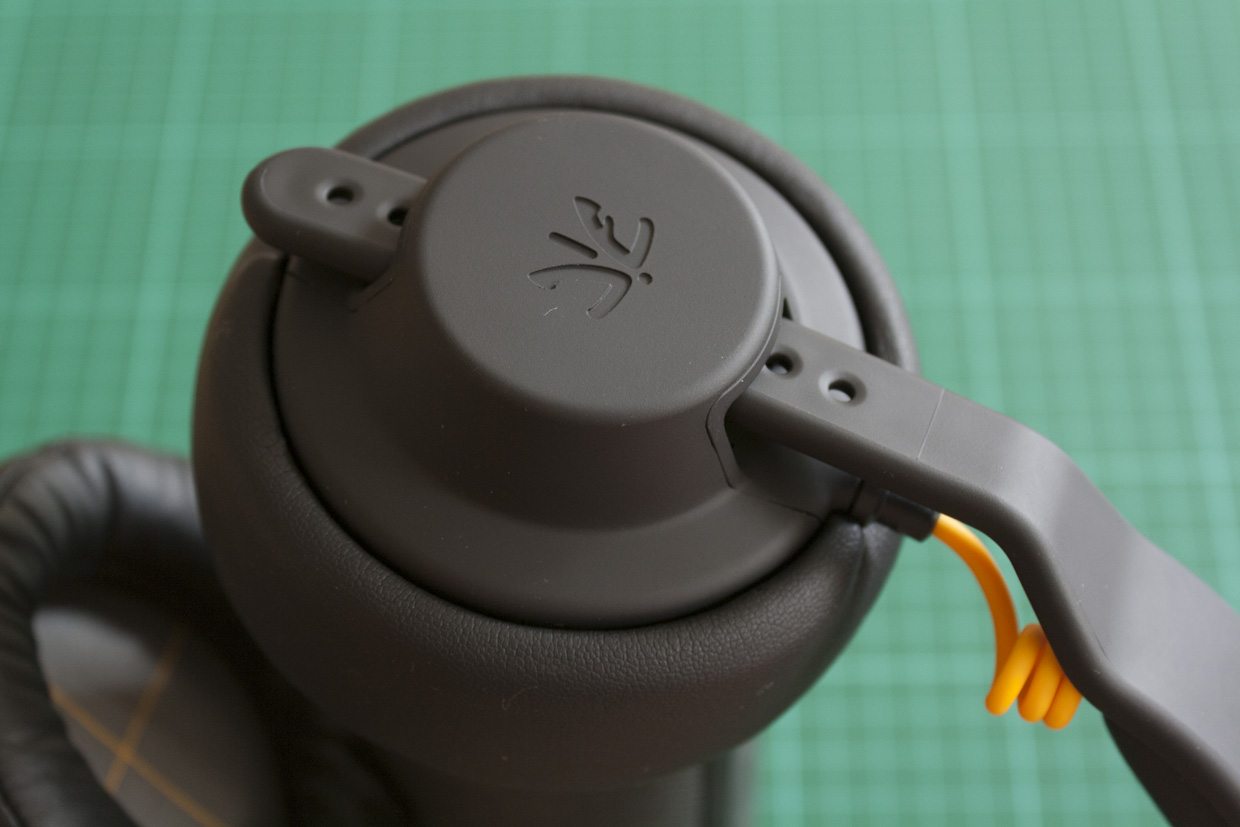 Adjusting the headphones to your preferred fit is quite easy too, thanks to big circular cutouts down the arms of the headband.

The microphone is a little harder to get in the same place every time, but this is the price you pay for having a fully flexible mic. It also means you can’t snap the mic away to hit it; you have to manually tie it into a loop or push it behind you. However, you can at least disable the mic using the in-line remote (indeed, this is the remote’s only function). 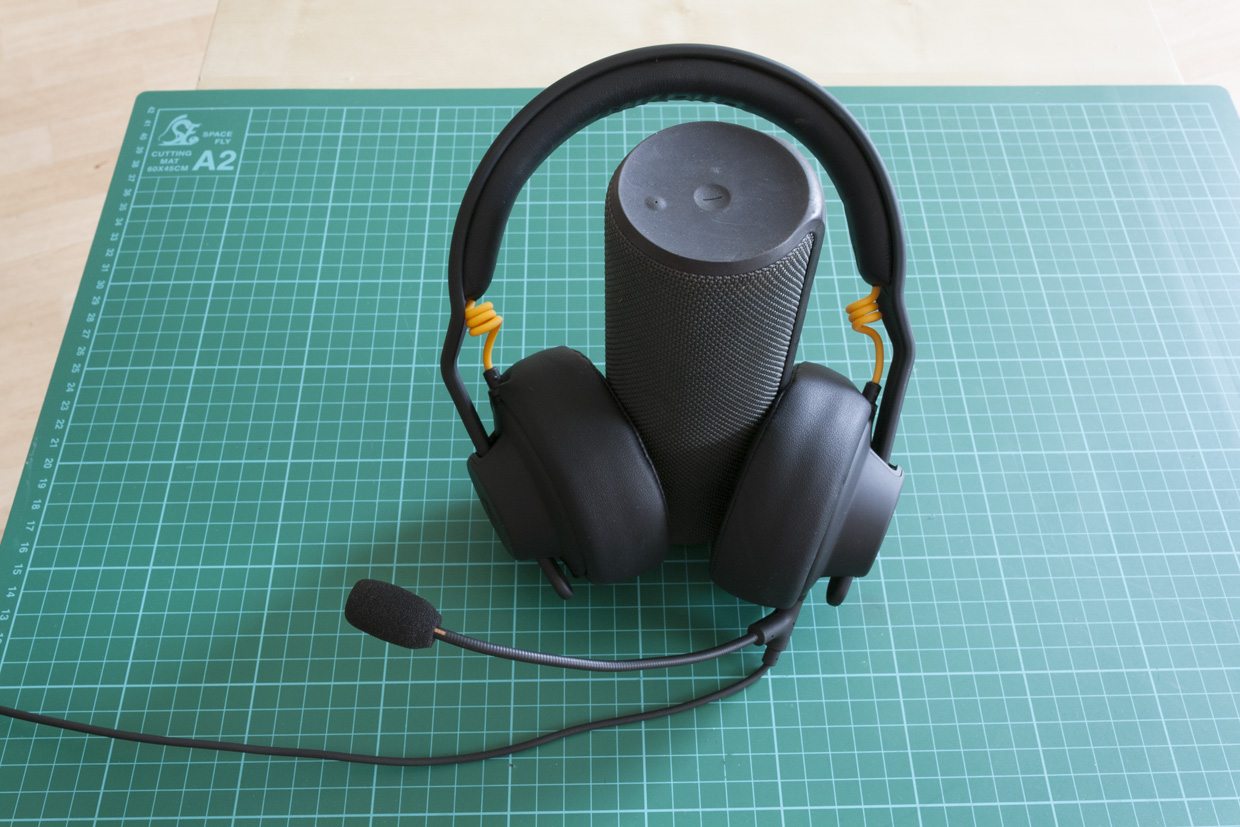 These babies blow most gaming headphones out of the water when it comes to sound reproduction, with warm velvety tones that make me want to re-listen to my music collection to find out what I’ve been missing. The over-ear headphones deliver a wide sound stage, while the on-ear variants are a little more narrow. Bass reproduction was impressive; clear and powerful in Gangrene’s Bassheads, for instance. Many gaming headphones end up over-emphasising bass, but the Duel stays quite flat and neutral — nice.

The Duel offers perhaps a little less sound isolation than the average over-ear headset (e.g. the Nash 20 I mentioned earlier), but still more than enough to block out most background noise. The on-ear cups let more sound through, which can be nice if you want to talk to passing housemates and the like.

Games are a little less demanding than games, acoustically, and all of the requisite gunfire, explosions and inane chatter came through as expected. I found it a little easier to pick up footsteps and other quieter noises with the over-ear cushions installed, so I tended to use these for the majority of my testing. 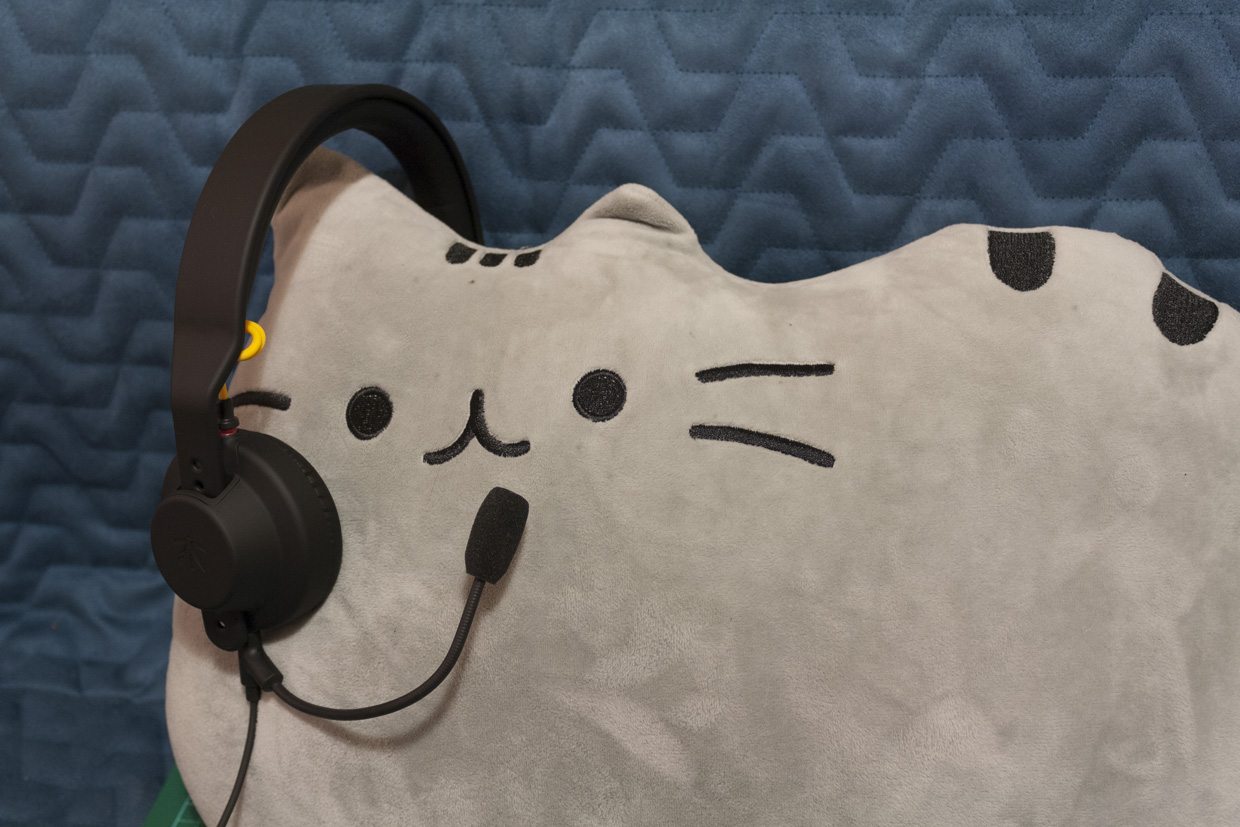 Speaking of talking, the microphone also does the job without issue — my teammates had no problems understanding my frantic comms in Counter-Strike, for instance.

The headset feels very well put together; each component clicks into place in a satisfying way. Each part seems well-armoured against potential damage too. The headband is made of thick plastic, while the internal 3.5mm cables are well reinforced, springy and longer than they need to be to prevent them from getting torn out.

The microphone’s flexible metal construction should also make it impervious to normal use and abuse. The one weak point could be the 3.5mm splitter, which features very short and weak-looking plugs, but so far I’ve had no issues. 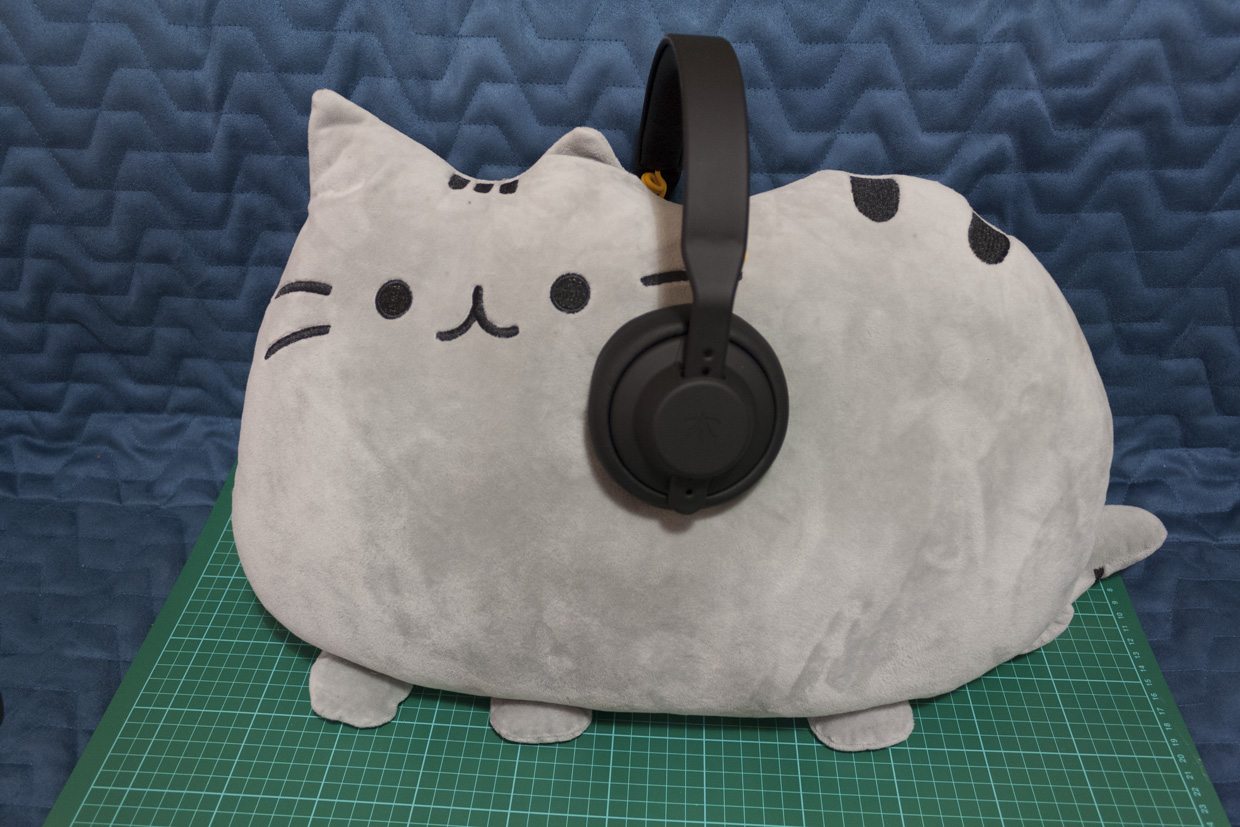 Swapping out components can be accomplished very quickly. Transforming it from mobile to PC mode — i.e. changing the ear cushions and cable — takes about thirty seconds, and you can leave the desktop cable plugged into your PC for a quick hookup when it’s time for gaming once again.

The modular design also means that Fnatic Gear might be able to send you just the one broken part that you need, rather than a whole headset, if something breaks or goes wrong — it’d be interesting to see whether the company takes advantage of this. You could also potentially upgrade the headset with new components down the line; headset designers AIAIAI have different components already on their site which should work with the Duel too, and they’ll even release a Bluetooth headband next year. 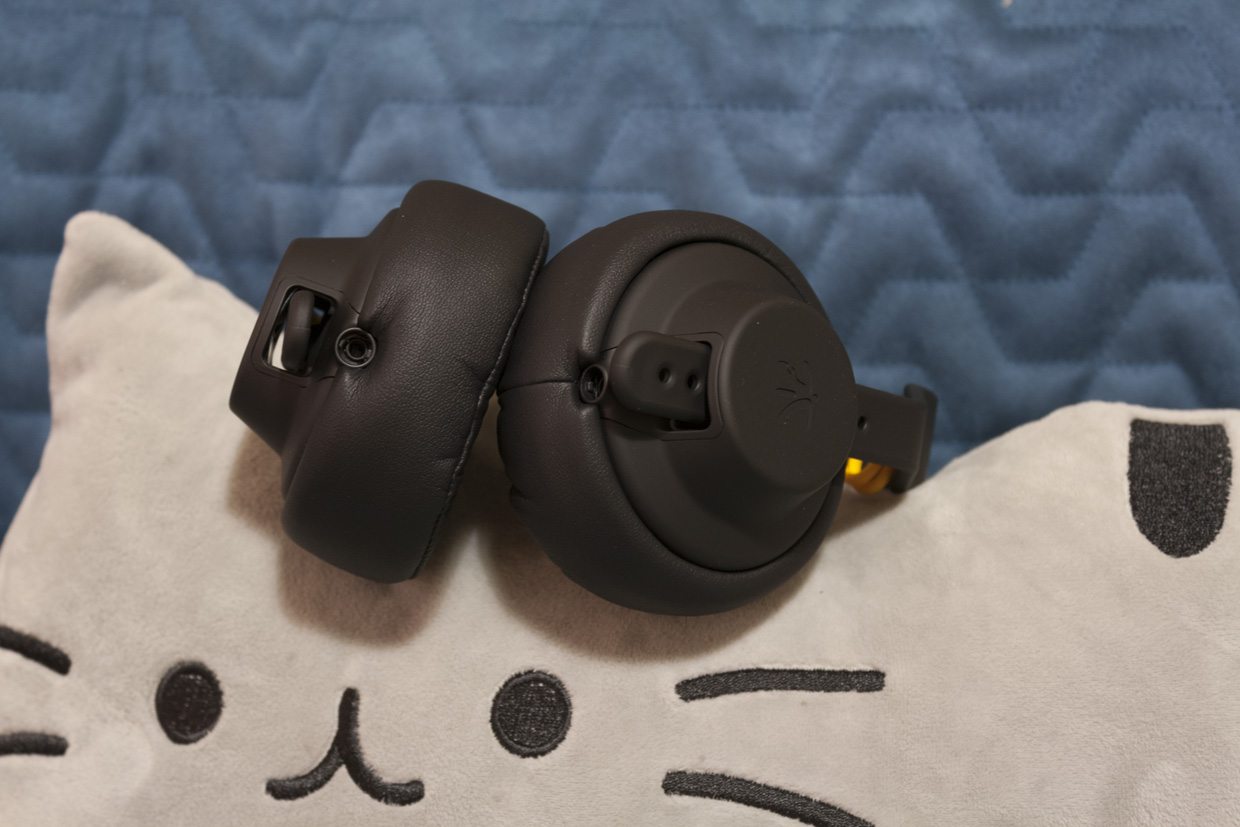 However, the design does have a few downsides compared to other gaming headsets on the market. Most noticeable is the lack of any kind of volume control on the headset itself or its in-line remote; you’ll have to adjust your Windows or in-game volume manually instead.

This is a drag for me, as I want maximum Windows volume when I’m listening on speakers and then about 10% when I’m using headphones. Forgetting to turn down the headphones before starting your favourite game, and you’ll be struck by a sonic blow straight to the eardrums — not ideal. I much prefer having headphones with their own volume setting to avoid this problem. Of course this is only an issue if you’re plugging in your headphones directly into your PC’s top or front headphone jacks; if you’re using a headphone amp with its own volume control then this of course won’t be an issue.

As the Fnatic Duel is a TMA-2, I thought it would be interesting to see how much it would cost to order a TMA-2 with equivalent parts. Going off the descriptions of each component, my guess is that the Duel consists of:

It also has two components not available on the AIAIAI configurator: 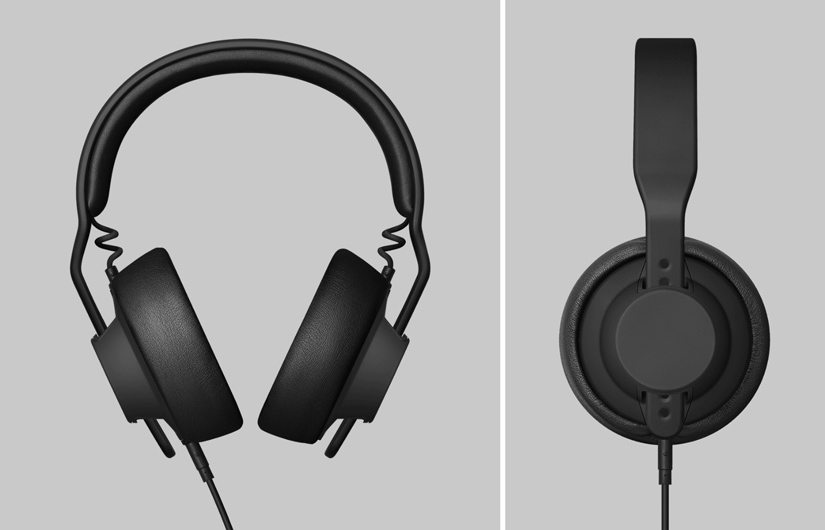 That adds up to €260 of components on the AIAIAI site (as seen above), plus approximately €40 worth of additional components that aren’t available for €300 in total. The Fnatic Duel retails for €200, so it’s offered at a considerable reduction against the AIAIAI price. Nice one, Fnatic!

The headset’s price still exceeds that of most gaming headsets on the market, but given its audio quality and style, it seems reasonable. 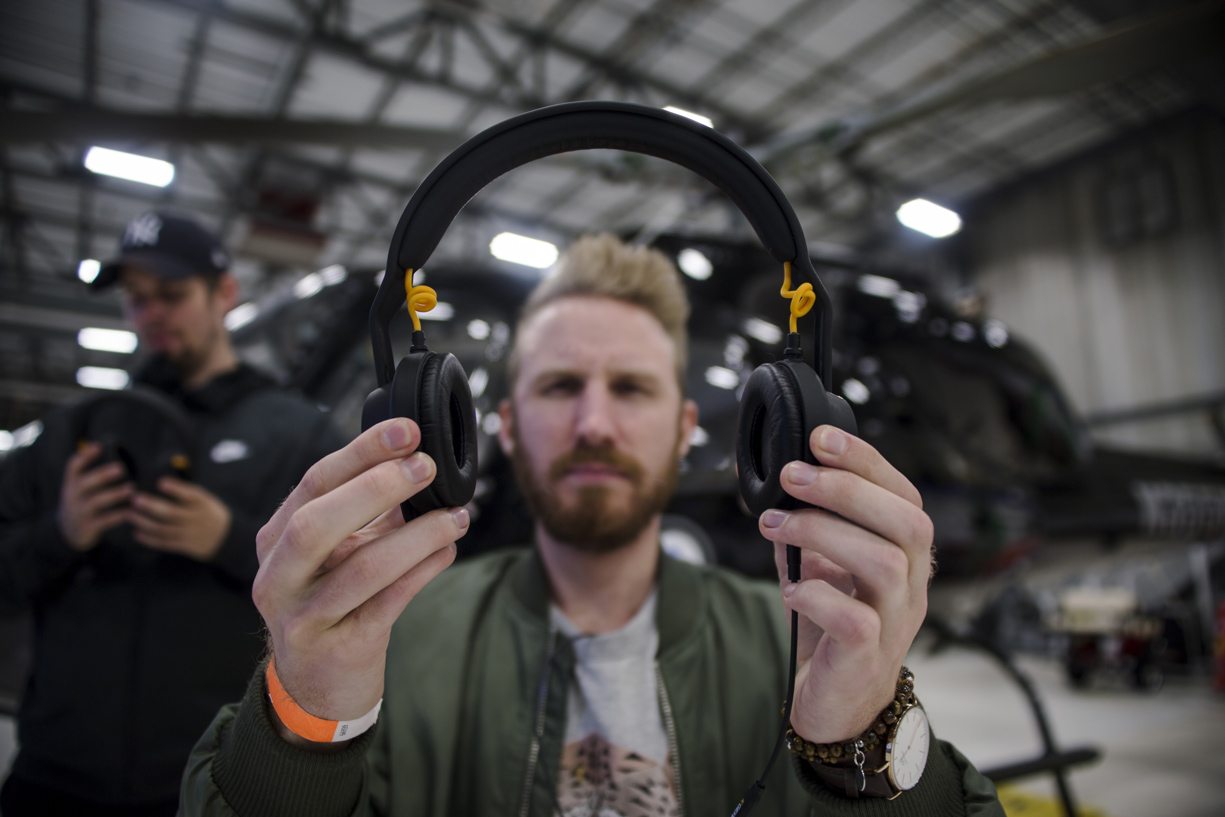 Above: Counter-Strike players know who this is.

Fnatic Gear and AIAIAI have done well here, crafting a sleek headset that dispenses with normal gaming accoutrements in favour of excellent fundamentals. This headset sounds great, and its modular design opens up exciting possibilities.

The only thing I ask is that Fnatic add a volume control to the next version — I don’t think my ears can’t take another accidental full volume rendition of the Dark Souls main menu sword crash! 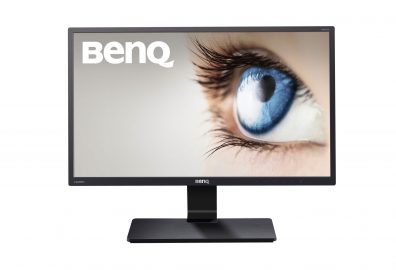 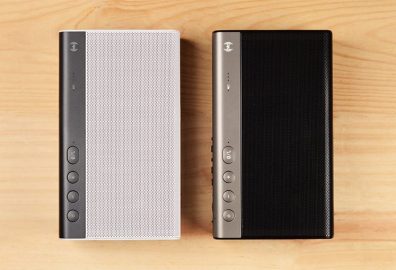