Today we’re looking at the Finalmouse Scream One, designed by legendary Counter-Strike pro player Scream. He’s best known for his precise ‘one tap’ shooting style and the many memes it spawned (NSFW), so his mouse must be pretty good, right? Well, sure enough the Scream One is billed to be the ‘best esports mouse in the world’, thanks to its accurate 1:1 sensor, responsive firmware and extremely light weight.

MaxGaming have sent us a unit to test, so let’s see whether it lives up to the hype. We don’t expect to turn into Scream, impressive facial hair erupting as we clutch the mouse for the first time, but it could at least provide a desperately needed boost to our fragging capabilities. Let’s get started! 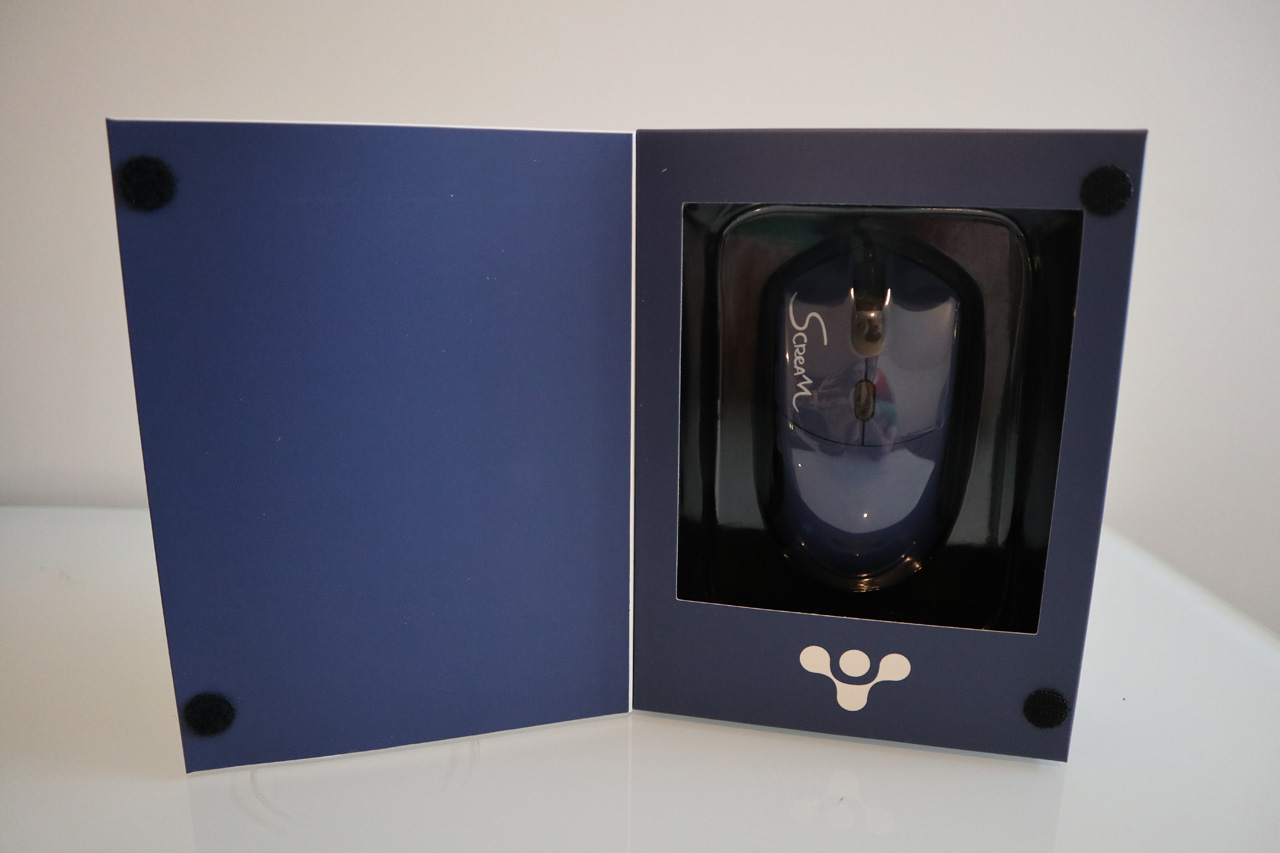 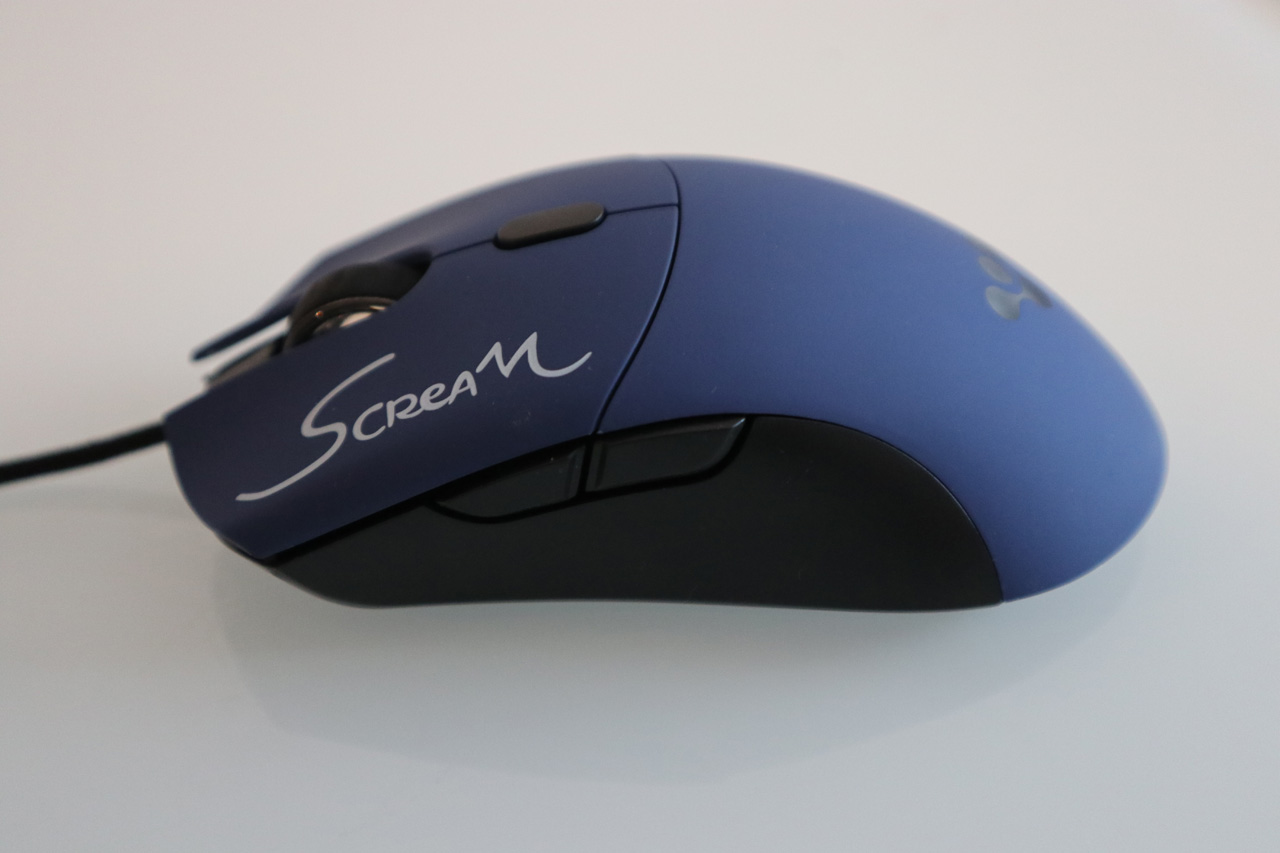 The Scream One is a handsome mouse, available in a ‘classic blue’ colour scheme that is different than most mice on the market without being quite as divisive in appearance as the pastel shades of the Mionix Castor Ice Cream. Still, some colour-coordinating gamers might prefer the option for a black mouse, as this allows for an easier time matching their existing colourway. 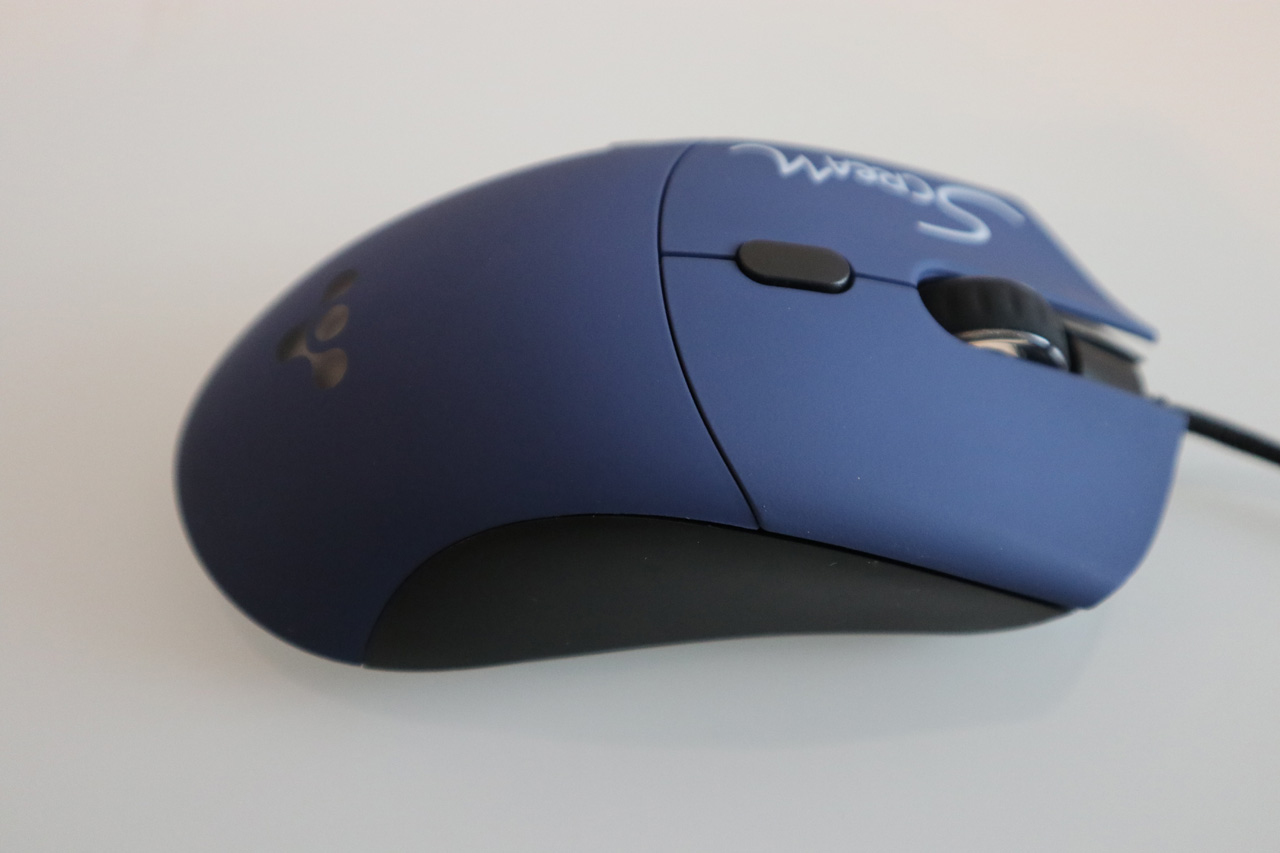 The mouse bears the signature of its namesake, Belgian Counter-Strike pro Adil ‘Scream’ Benrlitom on its left mouse button, and there’s a white LED backlit Finalmouse logo at the base of the mouse as well. 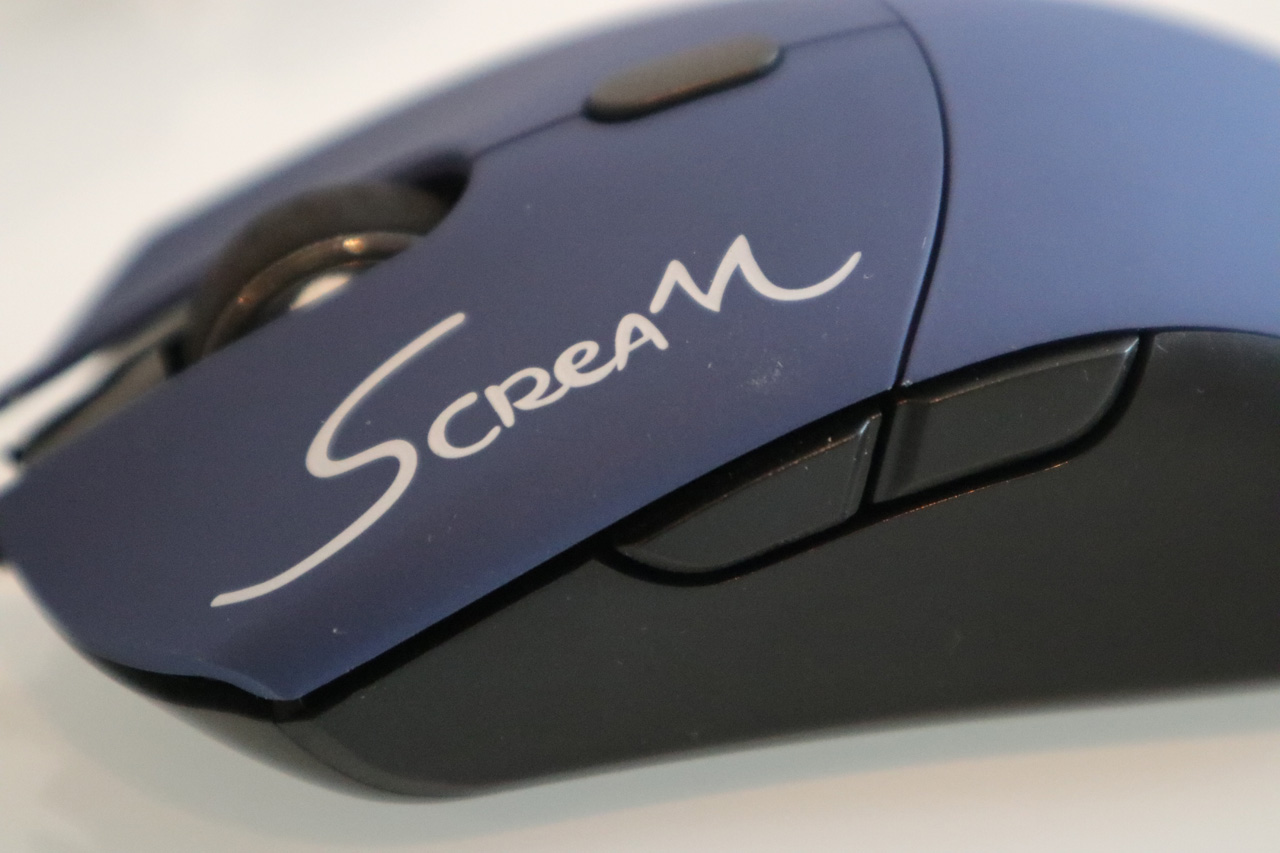 The mouse has a comfortable curved shape that will be familiar to many PC gamers, with the traditional pair of side buttons sitting below the left mouse button. These are bound to back and forward in Explorer and web browsers by default, and of course can be rebound to grenades, knives, voice chat and other commands in-game. There is no official software package for this mouse, so more complicated binds (e.g. macros) aren’t possible without using AutoHotKey or similar software. 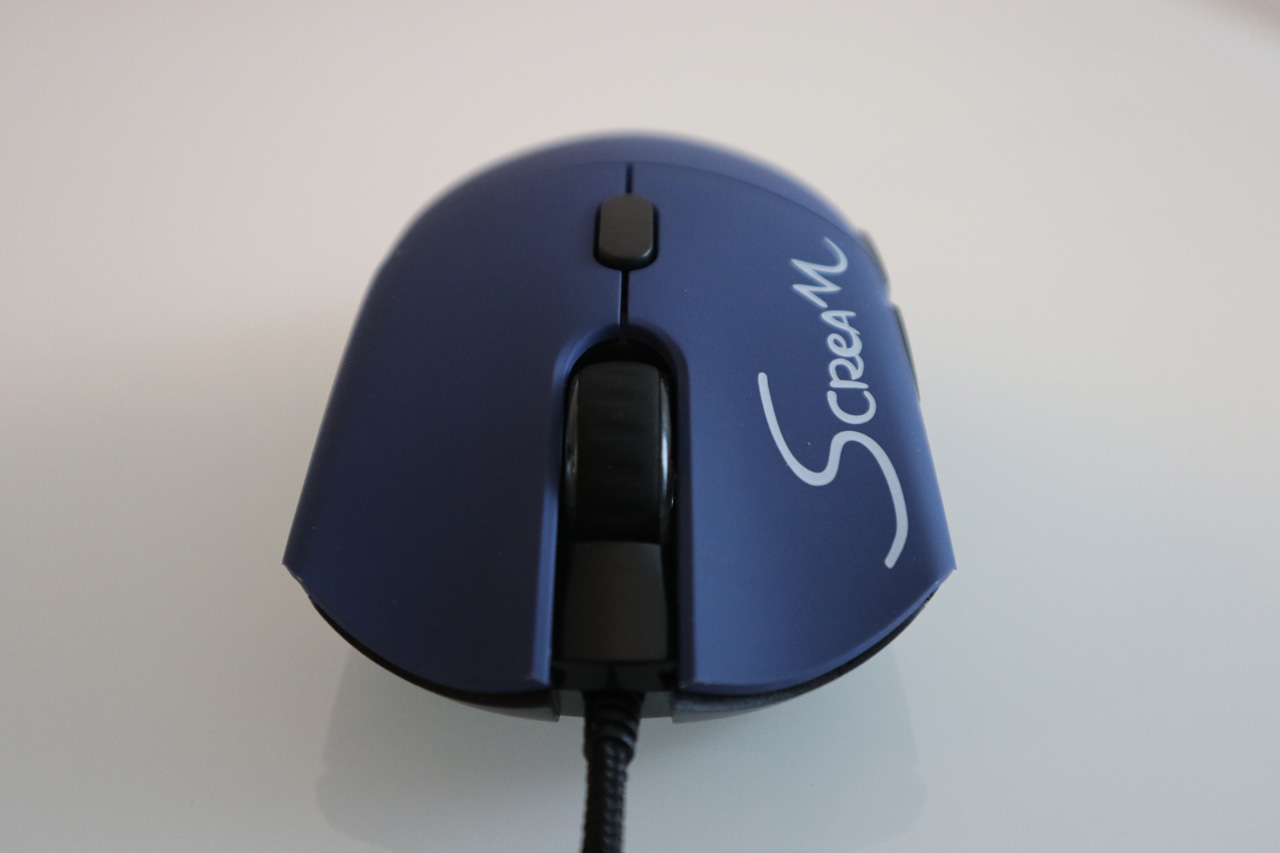 There is also a scroll wheel in the usual position and a small DPI adjust button (which cycles between 400, 800, 1600 and 3200). This button is disabled when the mouse is moving, preventing accidental sensitivity changes during gameplay. 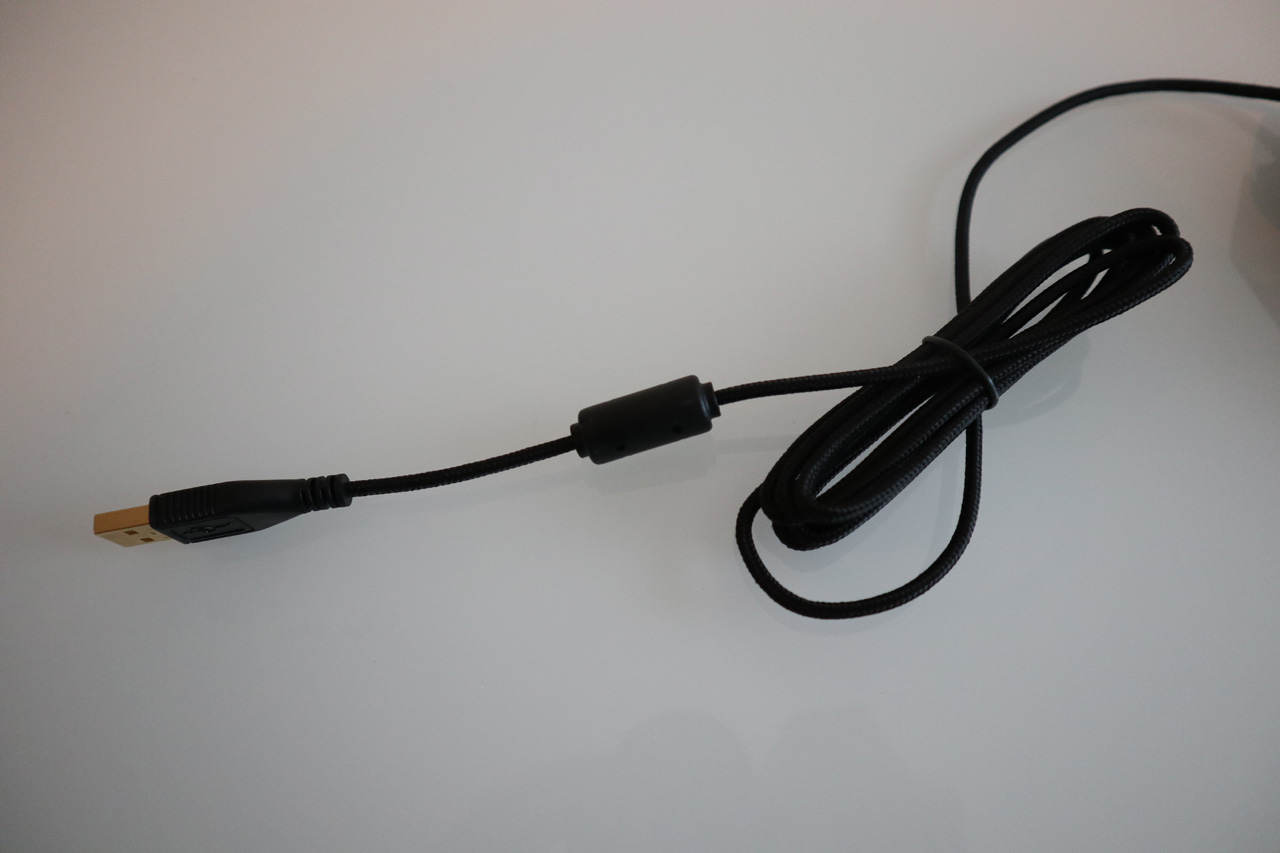 The mouse attaches to your computer over USB, with a braided cable and a gold-plated USB connector as we’d expect on any high-end gaming peripheral. The cable is fairly stiff and on the slim side, so you may find it handy to get any kinks out early. Investing in a mouse bungee may also be helpful.

As mentioned earlier, inside the mouse you can find the PMW3360 sensor and an NXP LPC11U34 microcontroller, programmed by Finalmouse in California.

Let’s move onto the available software, then the fun part: testing! 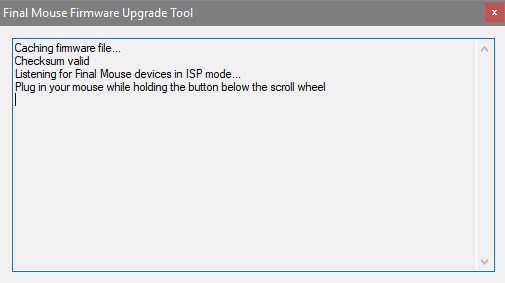 Before using the Scream One, it’s important to update the mouse’s firmware to its latest version (early firmware versions have several bugs you want to avoid).

Download and run the latest firmware (at present, this one), unplug the mouse and then plug it back in while holding down the DPI toggle button. The mouse will be detected and the firmware will update; continue to follow the on-screen instructions until the firmware update is complete.

We used the Scream One as our primary rodent for a period of one week, for gaming and working alike. Games played included Counter-Strike: Global Offensive (natch), PlayerUnknown’s Battlegrounds, Overwatch, Diablo III and Torment: Planes of Numenera. 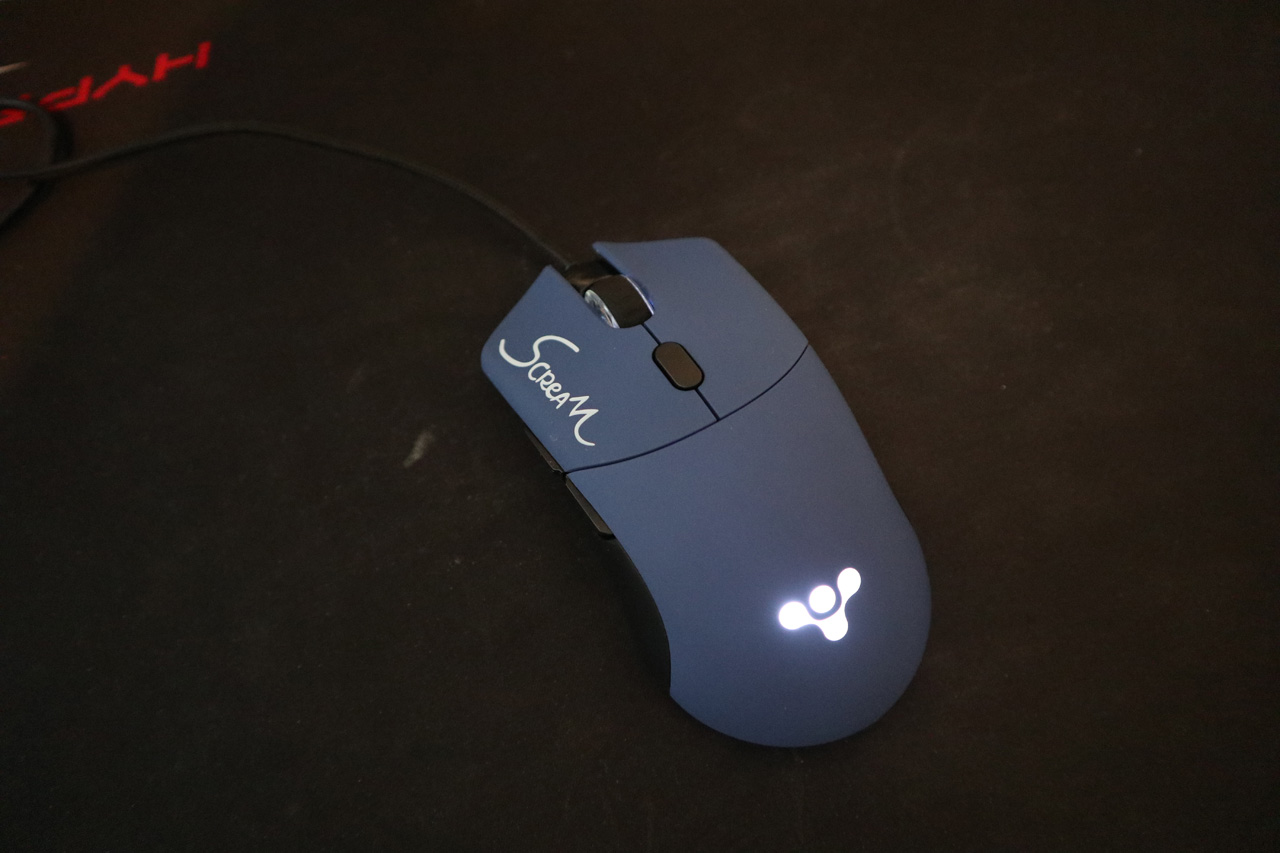 The Scream immediately lives up to its reputation in-game, particularly within shooters like CS, PUBG and Overwatch. The 3360 optical sensor and whatever Finalmouse have done with the firmware works wonders, allowing crisp, clean locks on enemy heads with the minimum of fuss. It’s not like you’ll become as good as Scream himself just by using this mouse, but it does feel a little easier to emulate the ‘headshot machine’.

As usual, we recommend using the minimal DPI setting of 400 in shooters for maximum accuracy, although games and general computer use may benefit from a higher setting. The light weight of the body, 81 grams, makes it easy to shift the mouse around, which is quite necessary at low DPI settings.

In other genres, the mouse also performs well. I found the mouse long and wide enough to be comfortable even in my bear paws (for reference, my hand span is 24cm / 9.5″ and hand length 20cm / 7.8″). You might prefer something a little wider for marathon-style games (MMOs, for instance). 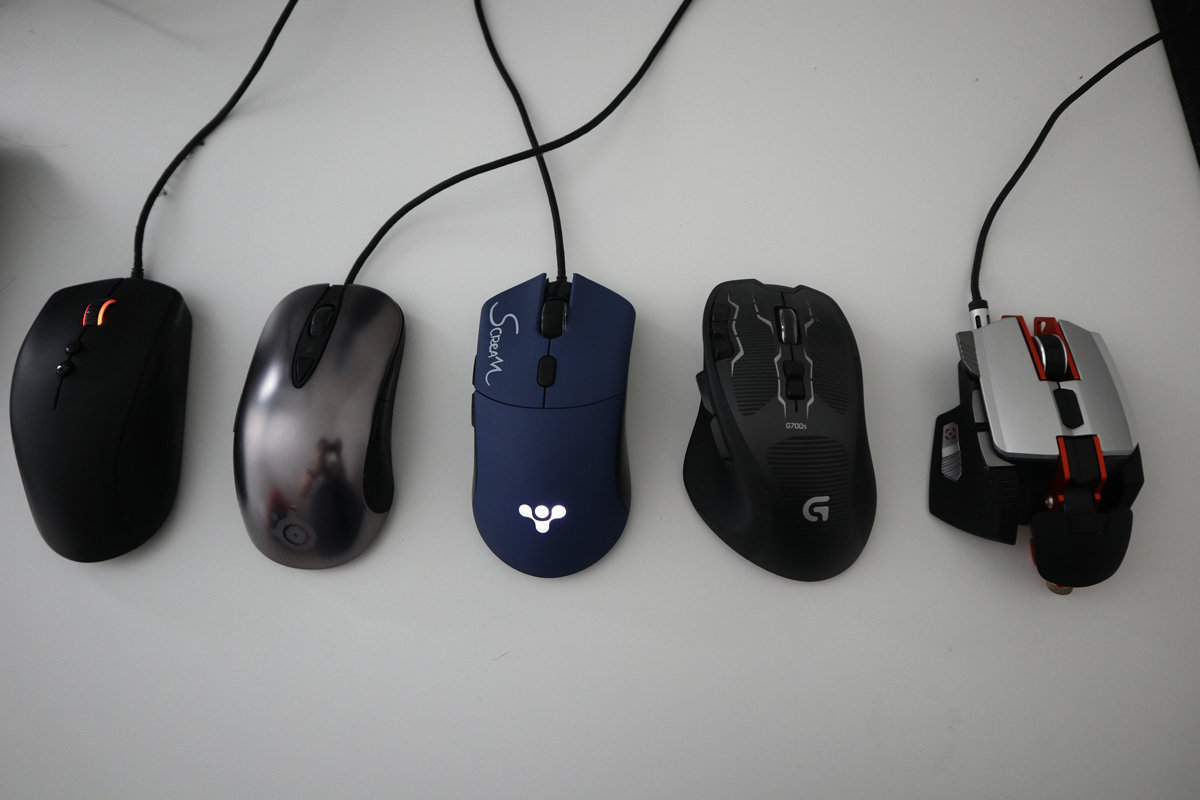 The mouse’s body shape is familiar too, reminiscent of popular esports mice from Zowie and others, which makes it easy to switch to the Scream One. (We were previously using a Fnatic Clutch and a SteelSeries Sensei, both of which are nearly identical to the Scream One in shape).

We found a palm grip to be the most comfortable, as a claw grip left our palms just a hair away from resting on the rear body. Still, both are viable possibilities.

The left and right mouse buttons aren’t as clicky as some high-end Logitech mice, but they’re still responsive and tactile in normal use. Similarly, the side buttons are easy enough to reach, while still providing decent feedback.

Of course, no mouse is without its flaws. One thing we noticed right away was the scroll wheel, which lacks tactile feedback when scrolling, giving it a loose and imprecise feel that’s at odds with the rest of the mouse. We’ve seen several reports of the scroll wheel failing in early builds of this mouse, but we had no issues in our testing; we’ll update this review if we do experience any problems down the road.

Similarly, the initial version of the Finalmouse Scream One came with an immature firmware with several bugs (including issues when using multiple buttons simultaneously or button presses being registered accidentally). These should now have been fixed, but quality control remains a concern for potential buyers.

Just like Scream himself, the Scream One mouse has a ton of potential, even its quality control issues mean it isn’t an entirely reliable option.

Precision one taps seem easier thanks to the sensor and firmware combo, while the familiar body and light weight make the mouse great at the low DPI settings preferred by pro players. Scream’s name on the mouse is a nice touch for his many fans, and the blue body is unique without being too over the top.

Unfortunately, the mouse also lives up to its namesake with flaws in consistency. Quality control standards still seem below what you’d expect from a mouse at this price range, with reports of rapidly failing components, controller bugs and other limitations. Finalmouse have done well to improve the mouse’s firmware to solve many issues, but it’s still a strike against the mouse. The scroll wheel also feels under-cooked, with a flabby feel that belies the precise nature of the rest of the Scream One.

Ultimately, the Scream One is still an alluring mouse to use. If you get a unit free of flaws, then you will appreciate the mouse’s precise feel and cool looks even at its premium $70 price point.

As a reminder, our Scream One review unit was kindly provided by MaxGaming, a top-notch retailer of esports peripherals and accessories. (By the way, they have a sixty day return policy, which ameliorates one of the biggest issues of the Scream One.) If you’d like to check out their store, you can do so below:

Thanks for checking out our review, and feel free to rate the Scream One mouse yourself or leave a comment below! 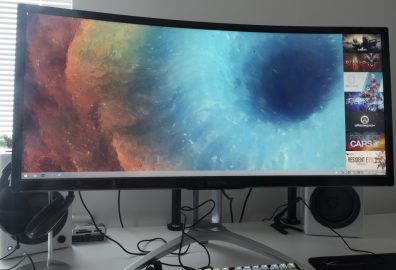 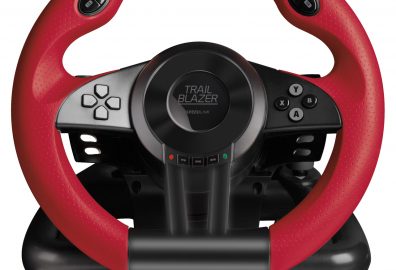 Today we’re taking a look at a mid-range racing wheel and pedals, the Speedlink Trailblazer. This...