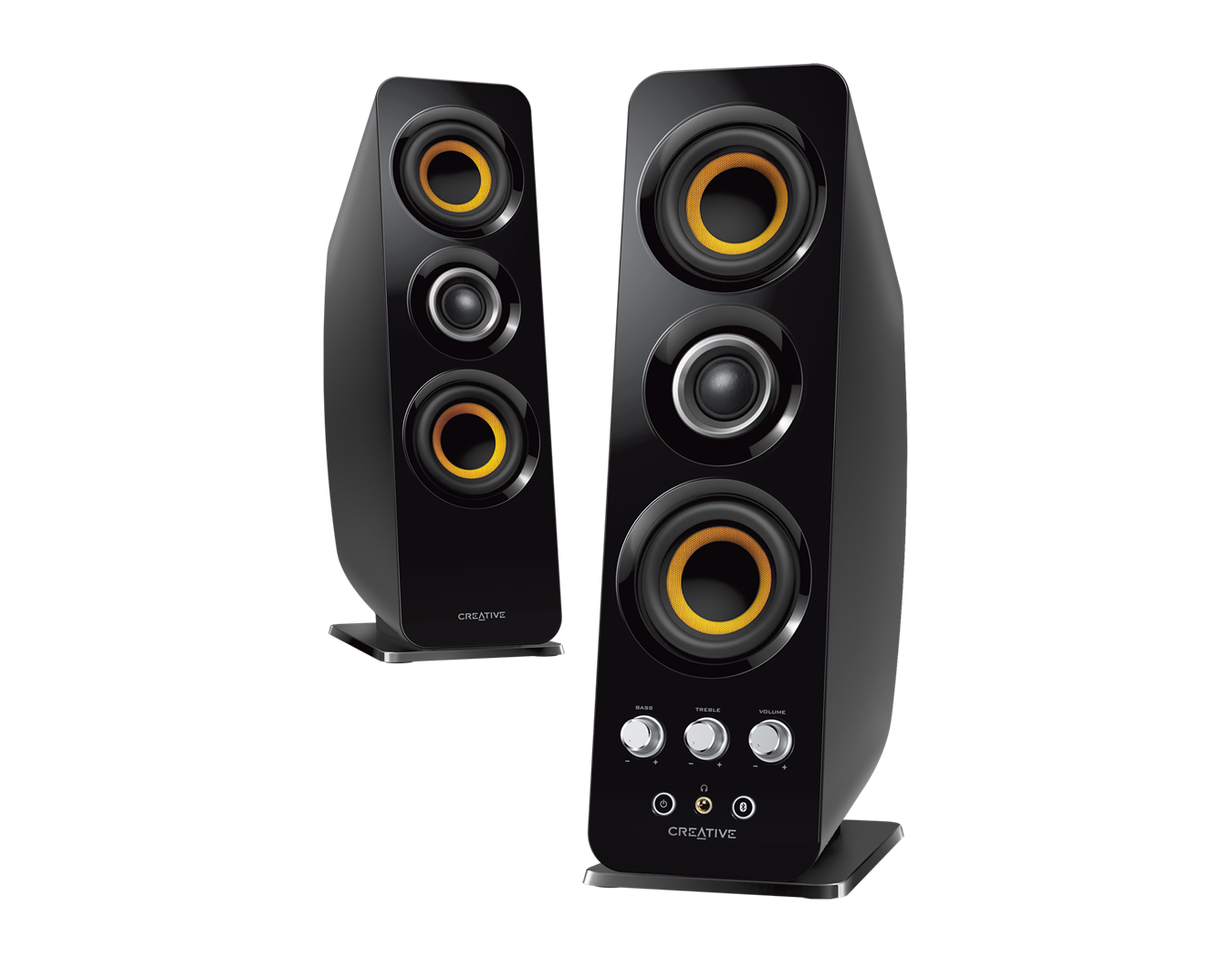 Today I’m looking at Creative’s T50 wireless speakers, a 2.0 system that includes NFC-assisted Bluetooth pairing and a stylish look. At £150, these speakers will have to sound as good as they look, as well as working well with mobile devices. Let’s see how they measure up!

These 2.0 speakers are tall and thin, with a surprisingly deep curved backside. Each speaker contains a tweeter (silver) surrounded by two midrange drivers (yellow), as well as a ‘BasXPort’ port tube to enhance bass. 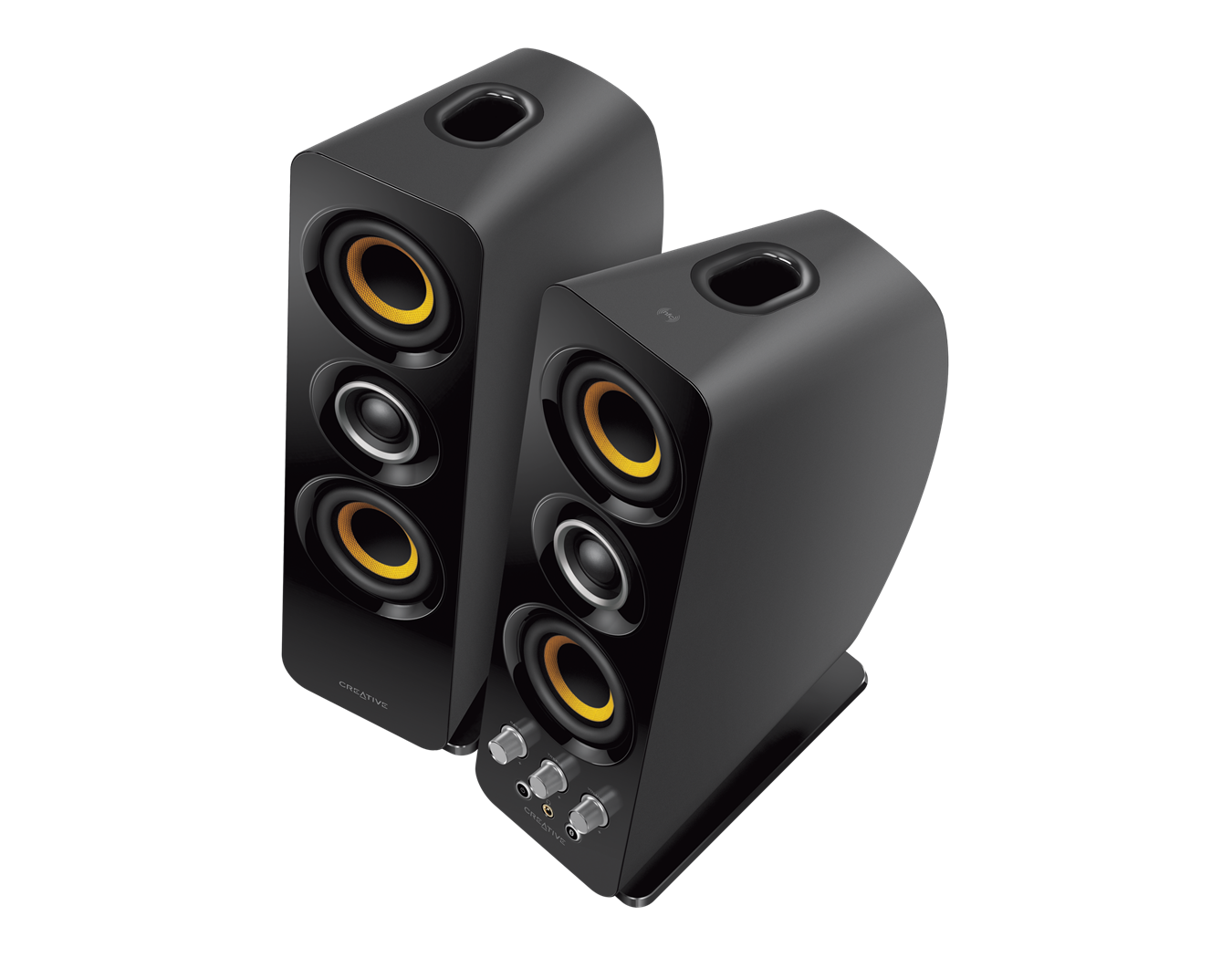 The right-most speaker is slightly thicker and heavier as it’s the active one of the pair. On the front you’ll see three plastic knobs for bass, treble and volume; below this there are two buttons for power and Bluetooth, and a 3.5mm headphone jack. 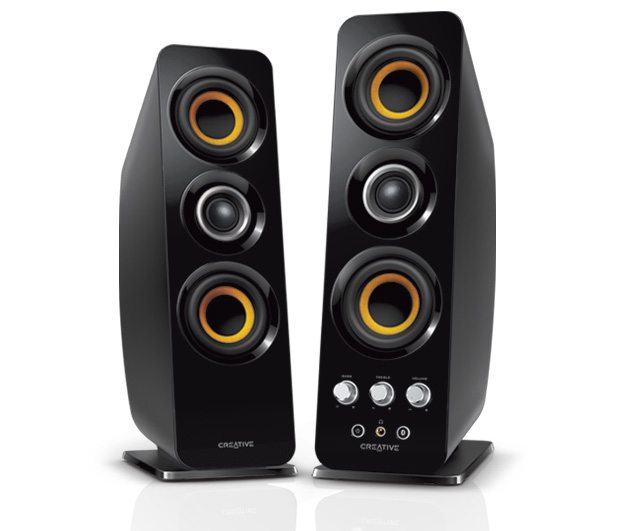 The top of the unit also contains an NFC tag, allowing it to automatically pair with smartphones that tap it. The back of the right speaker also contains the RCA hookup to the left speaker, the AC input and 3.5mm input (which can be converted to RCA with the included adapter). 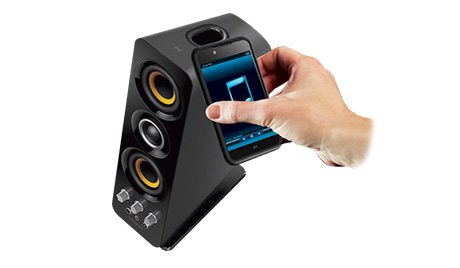 The speakers looked great on my desk, and the contrasting drivers really gave the whole system a touch of interest and class.

We put the Creative T50 speakers through their paces when gaming and listening to music, including on an Android smartphone supporting aptX Bluetooth streaming.

Sound quality is of course the most important factor of any speaker system, so let’s cover that first. The T50s use a mid – tweeter – mid setup, with no dedicated woofer, and of course that results in better sound at the high and mid levels than at the low end. While these aren’t the best speakers for bass-heavy music, they were still better than I expected; Around The World and Lose Yourself to Dance came out a little flat, but the bass was still enough to shake my desk at higher volumes.

Softer fare, like Tom’s Diner by Suzanne Vega (the Mother of the MP3), came through with beautiful clarity without distortion to the very highest volume setting. Other (relatively) simple arrangements, like The Clash’s London Calling, were also reproduced well with minimal distortion and a balanced sound. More complex, multi-layered pieces like Time by Pink Floyd also came through without sounding muddy.

The speakers also worked well for gaming, whether it was playing back the goal explosions and exciting menu music in Rocket League, the sudden cacophony of gunfire in Counter-Strike or the relaxing tones of RPGs like Pillars of Eternity. You might prefer a bassier system (with a subwoofer) or surround sound to really feel immersed, but these speakers sounded just fine to me for a 2.0 system.

So overall – excellent sound quality considering this is a 2.0 system retailing just north of £150 (and £130 the week of this review), with acceptable sound even in bass-heavy tracks.

Of course there are other factors that can make or break a speaker system… but the the T50 was nearly flawless throughout. Bluetooth streaming was particularly impressive; it took literally two seconds to pair with the phone and begin streaming music thanks to the NFC tag embedded in the right speaker. 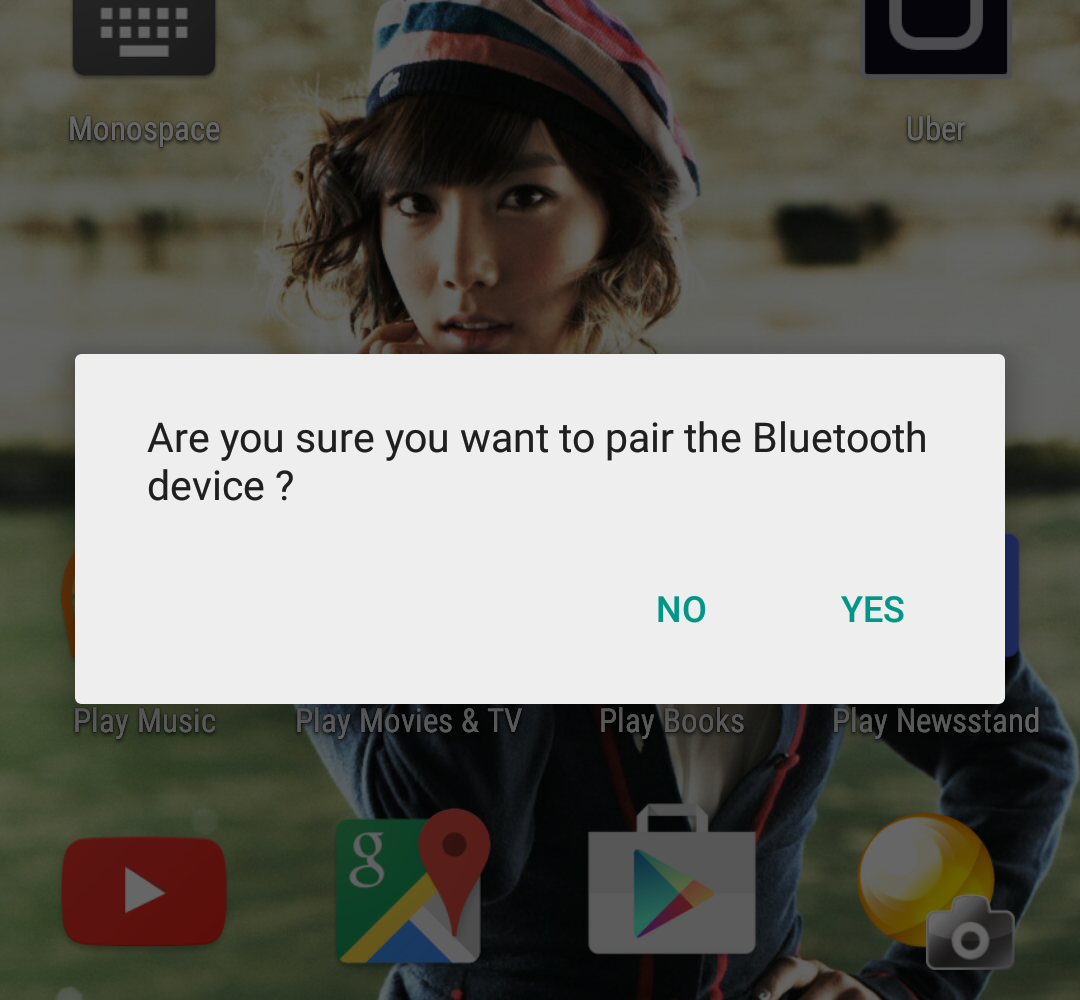 Once begun, sound quality was equivalent to that of a wired connection and persisted even when I went with my phone into a different room. The sound sometimes dropped for half a beat, but this was quite rare and is likely to be the Android phone used rather than the speaker system itself. The speakers also turned themselves off after about 15 minutes of inactivity, which was sometimes a bit irrating but understandable.

The wired connections were also well-considered. The front-mounted headphone jack was lit by the buttons either side and therefore easy to find, and made it easy to swap between headphones for try-hard Counter-Strike and the speakers for everything else.

The initial setup was a doddle too; just run one RCA cable between the speakers, one 3.5mm cable to the PC, and the power to a wall outlet. While the deeper bass offered by 2.1 and 5.1 systems is nice, there’s something to be said for the minimal cable footprint and rapid setup of a 2.0 system.

Finally, the speakers just look awesome. The piano black finish and yellow / silver drivers contrasted nicely, and the dials, ports and buttons all felt high-quality. I typically prefer a simple white/black colour scheme (example 1, example 2), but I really took a shine to this bolder look. They are surprisingly deep, but otherwise fairly easy to place on a desk.

The Creative T50s are thoroughly modern, offering a cool look, easy Bluetooth pairing and a beautiful, balanced sound signature. The speakers even have a surprisingly decent low-end sound, even without the benefit of a separate subwoofer.

I’d be impressed with these speakers even if they cost £200, but at £150 they’re a steal. That’s why I’m happy to award them our editor’s choice award and a perfect 10/10 score.