NZXT unveiled their Hue 2 accessories a few months back, each with an integrated digital controller, and now their Aer RGB 2 Starter Kit has arrived at our doorstep. The kit includes the new Hue 2 hub and two 140mm Aer RGB 2 fans (kits with two or three 120mm fans are also available). Are these fans an improvement over their predecessors? And how does Hue 2 compare to the original? Let’s find out in this rapid-fire review.

As far as we understand it, the idea behind Hue 2 is this: integrating controllers into each accessory, whether that’s a fan, pump or lighting strip, allows greater customisation and flexibility. The CAM software is then able to synchronise lighting between different components, even if you daisy chain different components together (like case fans and light strips) before they reach the Hue 2. Each input (“channel”) on the Hub can support 40 LEDs, but our testing will be much more restrained – just two Aer RGB 2 case fans will connect to our Hue 2 hub.

We wired the input from one fan to the output of another, then wired the output of the first fan into the Hub 2. The connections on the fan push all the way in to lie flush with the body of the fan, while the connections at the hub protrude a little to make them easier to grasp. We also needed to provide power for each fan, so we ran each of their power inputs to a spare fan header on our motherboard (confusingly, the manual suggests that you can plug the fan power cables into the hub itself, but this doesn’t seem possible.) Now, all we needed to do is wire up the Hue 2 itself, which required finding a spare USB 2.0 header on the motherboard and a spare Molex cable from our power supply. Now, we were ready! 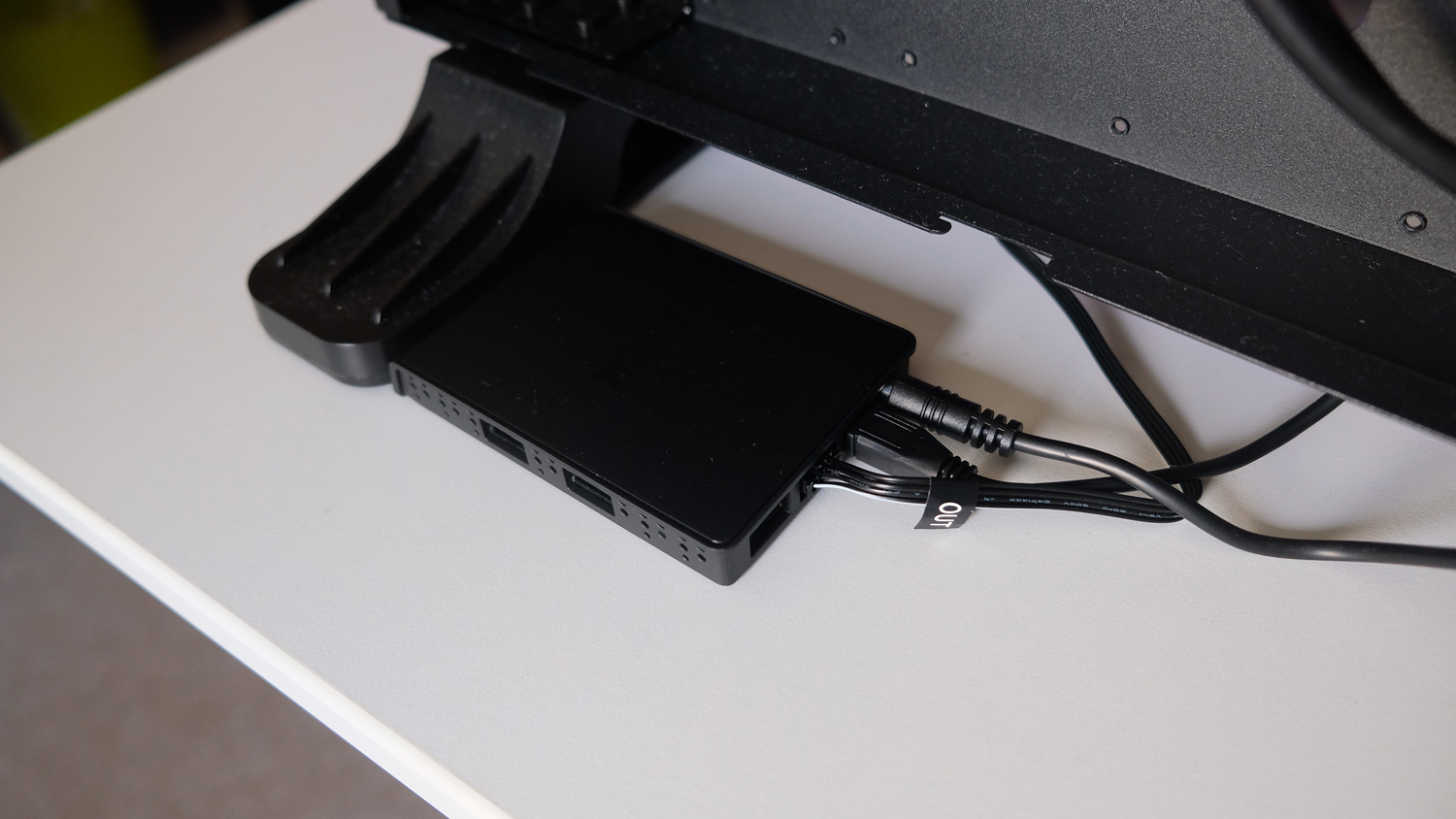 The Hue 2 hub fits on 2.5-inch drive mounts and sports four channel inputs, one power input and a USB 2.0 input.

Or rather, we thought we were ready. After powering on our PC and installing the CAM software (and then disabling its constant low hard drive space reminders), we tried to set up the lighting. We were instructed to click on the channel first, then set its lighting, but no channels were offered to us although the fans were plainly on. We nudged one of the fans and it turned bright blue – a loose connection somewhere? We pushed in all of the connections at the fan end and discovered one was fractionally adrift. With a swift tap, the lights went fully on and we were finally in business. 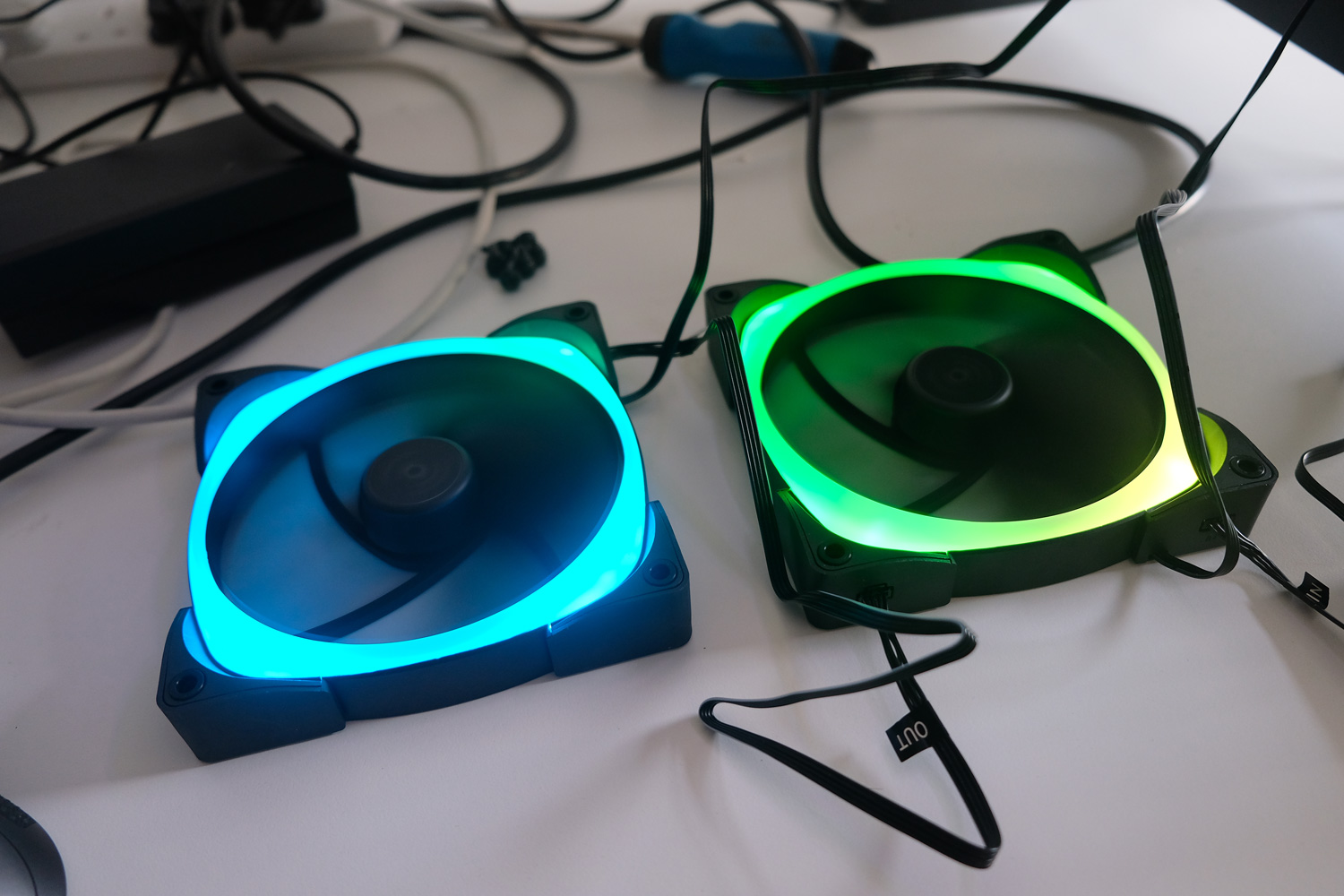 Our test fit involved a lot of wires. Thankfully, you won’t see many once the fans are installed inside your PC!

Now, the CAM software did show us a channel. We clicked on its check box and then were able to set our lighting effects, with a plethora of choices: static lighting, rainbow waves, flashes, marquees and many more. As well as set lighting patterns, you can also choose the lights to reflect your CPU or GPU temperature, your frame-rate or even events in games like Counter-Strike (like the bomb going off or your current health total).

The only missing feature would be greater compatibility with other RGB peripherals and components – although clearly each manufacturer will be motivated to stake out their own ecosystem and sell more of their own accessories, I feel that a unified approach would ultimately offer greater commercial success as users are able to mix-and-match to get the best hardware regardless of vendor.

Each of the effects was displayed with some verve on the fans themselves. The semi-translucent material used on the the periphery of the fans provides a beautiful look, with even and diffuse lighting that was fluidly animated. In comparison to the Thermaltake fans in our current test rig, the Aer RGB 2 fans provided a much cleaner and brighter look. However, the LEDs are only visible on one side, so fans mounted at the front of your case will only be visible from the front or the back, whereas fans with LEDs within the blades are visible from both angles.

Altogether, the Aer RGB 2 kit worked well in our testing. The 140mm versions we tested shifted quite a bit of air without ever becoming loud, although we lack the equipment to test their capabilities in a more scientific fashion. There don’t appear to be any material differences in the fans themselves, so if you liked the original Aer RGB fans then these should be more of the same.

The lighting effects are also superior to those of other RGB case fans we’ve tested, with an extremely high number of effects to choose from and a very satisfying appearance especially for animated effects. The Hue 2 hub does require routing a fair few cables, but ultimately this investment of effort is completely worthwhile. Therefore, we’re happy to recommend the Aer RGB 2 to our readers – especially if they’re going to be filling up their case with some of NZXT’s other RGB-encrusted coolers and accessories.

However, we can’t yet justify upgrading from the original Hue ecosystem to the Hue 2. While being able to fix and match different accessories on the same channel is helpful, the added functionality isn’t worth the significant investment. However, new accessories that only work on Hue 2 hardware may be better reasons to upgrade – and we will endeavour to test any such models in the future to find out. 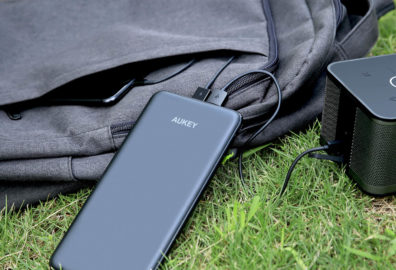 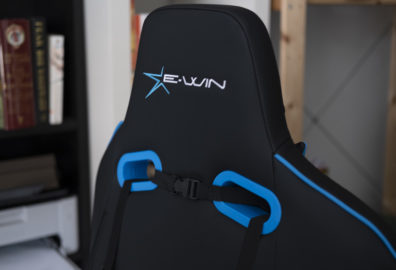 Our favourite gaming chair vendors have sent out another model for us to review: the Flash Series. As...