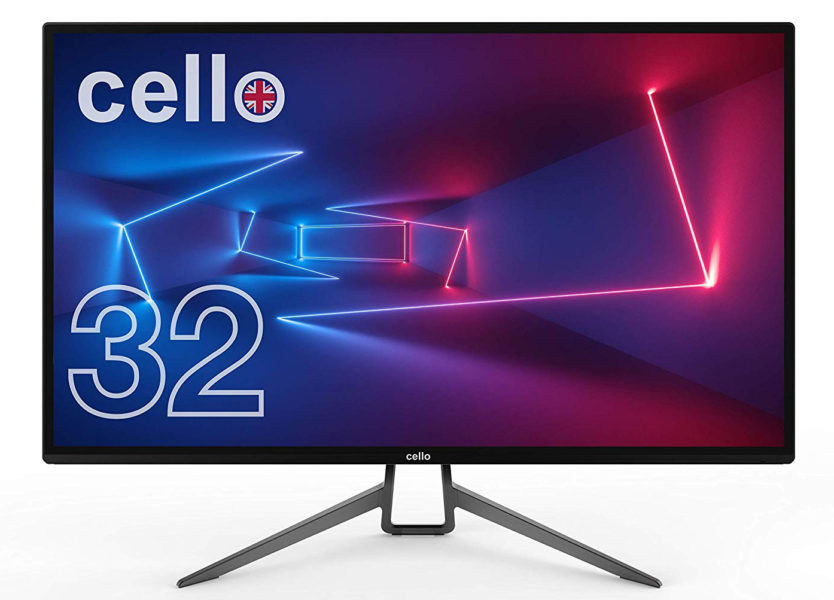 Today we’re reviewing the W3202SH, a budget 144Hz gaming monitor from English electronics firm Cello. While most monitors of this type exist from 24 to 27 inches, interestingly this is a 32-inch model, as big as a small HDTV. Combined with a VA panel that offers better-than-cheap-TN levels of colour accuracy, contrast and viewing angles, and we could be on for a winner at £240. Let’s take a look in this rapid-fire monitor review.

First up, the design. The VA panel used here is mounted in a simple bezel measuring about three centimetres on each side, with a shiny silver ‘cello’ wordmark in the bottom centre. The screw-in dark grey stand has a moderate footprint and offers tilt and swivel adjustment, but doesn’t allow for height adjustment so you may need to keep a pile of textbooks handy. On the back, we have three display input options: HDMI, DisplayPort and DVI-D. An HDMI cable is included in the box. You’ll also find ports for a headphone passthrough and the power cable, which makes use of a small (laptop-style) power brick. 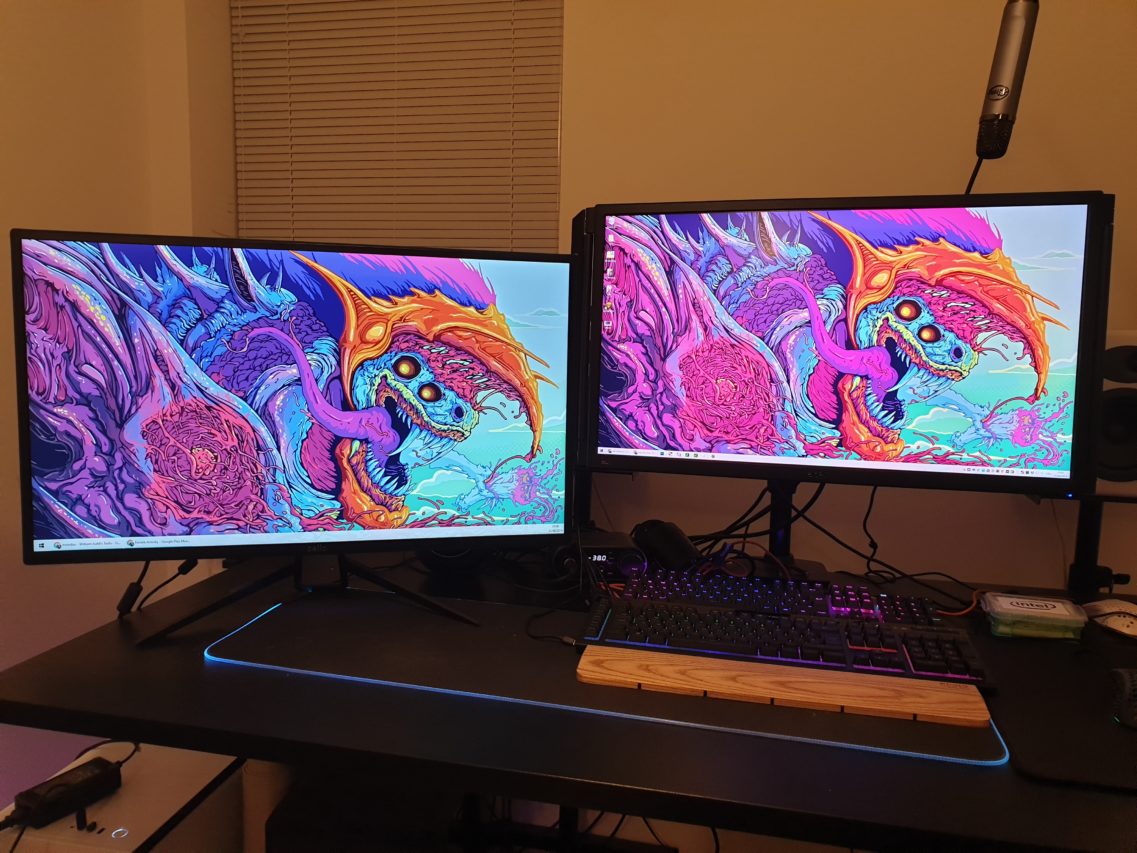 The Cello monitor is to the left. You can really see the extra area that a 32-inch display provides over the 27-inch model to the right.

The W3202SH seems to be based on a monitor made by the KTC Technology Group using an AU Optronics VA panel. The specs reported here line up exactly with those that Cello and the monitor itself report, so we can be quite confident that this is the same model.

Interestingly, the KTC specs include a figure for the gamut, 72% of NTSC, as well as a brightness figure of 250-300 nits – typical for a low-end VA panel. Response time is listed as 6.5ms, but can be reduced to 2.5ms with overdrive (presumably set to its most aggressive setting in the OSD). However, this lowest setting does introduce some artefacts, so we recommend sticking to ‘medium’ overdrive instead which offers the best balance.

To our eyes, the Cello monitor offers decent but not exceptional image quality. There’s little colour shift evident, but the screen does appear dimmer at an off-angle. Contrast is good, with detail evident in dark scenes, but the limited brightness of the screen means that you won’t get the same experience as a good HDR-capable display. 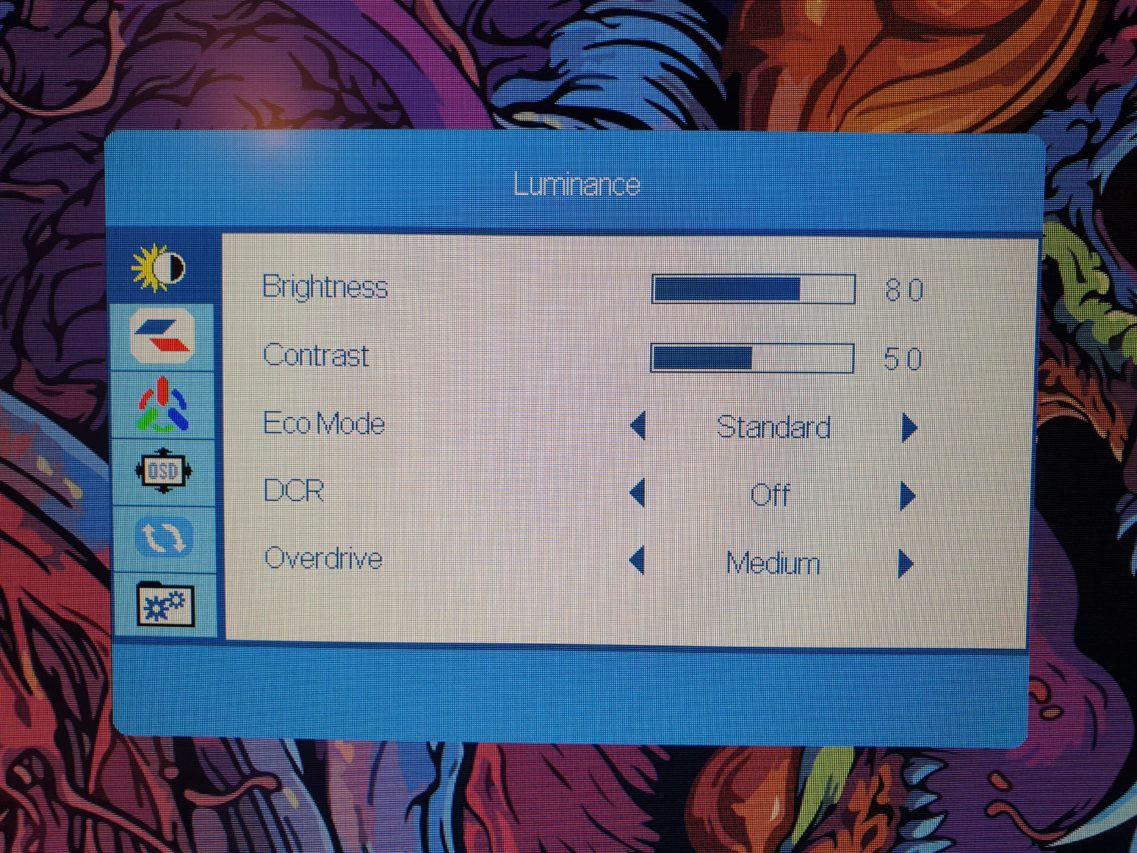 In terms of the OSD, it’s quite simple with six pages: luminance, image setup, colour setup, OSD setup, reset and extra. The luminance panel is the most important, offering the option to switch between various eco modes (although we left the monitor on standard for the bulk of our testing), change the overdrive setting and of course adjust brightness and contrast. The colour setup panel is also worth exploring, with a low blue light mode which may be preferable to using those built into Windows and macOS. Thankfully, the OSD is controlled using a small joystick behind the Cello logo in the bottom centre of the screen, making it easy to change settings. Various quick shortcuts are available, but these aren’t user configurable. Left adjusts brightness, up changes inputs, right adjusts the volume and down enters the main OSD menu.

The W3202SH’s large screen size and 1080p resolution makes it a sensible choice for use with base consoles (Switch, PS4 and Xbox One), but its lack of speakers could be problematic. You can run a 3.5mm jack from the monitor to your own speakers or headphones, but we found the monitor added an annoying hum to the game sound – if you have the option to hook your audio device directly to your console, we recommend making use of it rather than routing audio through the monitor. 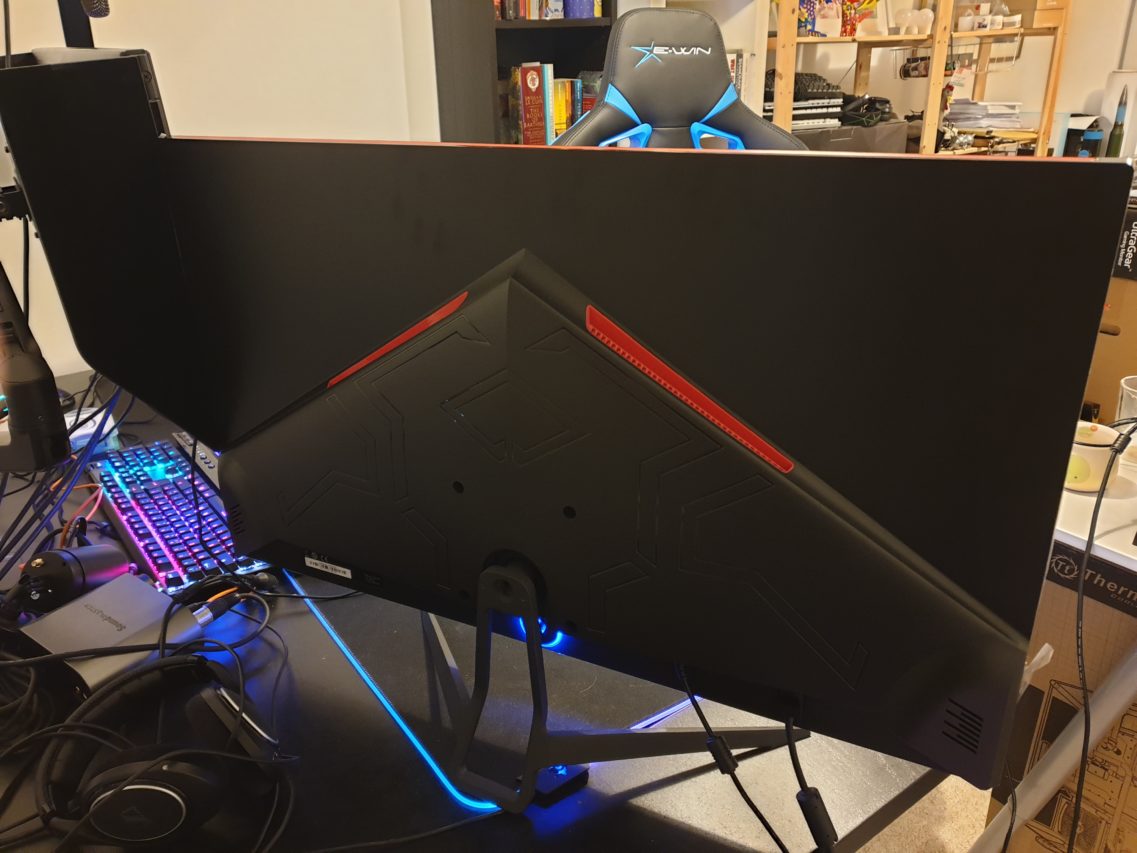 However, PC gaming is where the Cello W3202SH is designed to shine. While its response time and refresh rate aren’t best-in-class anymore, a 144Hz monitor still offers a significant competitive advantage over a 60Hz alternative, with quickly-moving objects like players or vehicles becoming much easier to track. That was reflected in our testing, with the W3202SH working well in games like Apex Legends, CSGO and Dota Underlords. The extremely large screen size, 32 inches, means that distant enemies are actually relatively easy to spot – ideal if you’re wearing glasses. However, the lack of a “black equaliser” mode which lightens shadowy areas means that more premium gaming monitors may offer a small advantage.

However, the low pixel density also means that games, text and pictures look quite grainy when viewed on the monitor from a few feet away. If you’re playing slower-paced titles like Civilization or Divinity Original Sin 2 that emphasise visuals over action, then a 60Hz IPS monitor at a higher resolution is likely a better shout. Similarly, chasing high refresh rates shifts more of the load to your CPU rather than your GPU; we recommend at least a recent Intel Core i5 or AMD Ryzen 5 processor if you’re looking to get 144fps in anything other than older esports titles like CSGO.

Ultimately, the W3202SH is a decent gaming monitor from a UK company that offers a relatively unusual combination of size, refresh rate and resolution. If you’re in the market for a large 1080p screen can work well for consoles plus PCs, this Cello monitor is a reasonable choice. 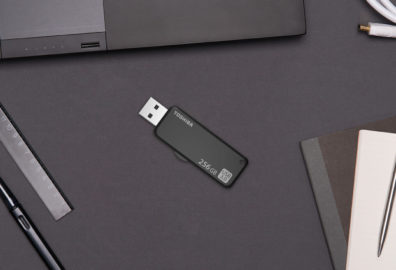 Hullo! In this rapid-fire review, we’ll take a look at the performance of the TransMemory U365, a USB... 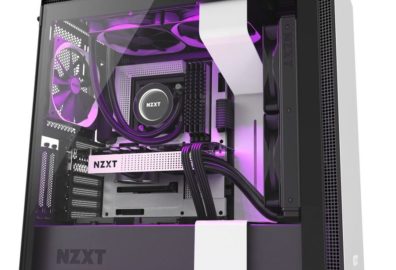 NZXT’s flagship case in many ways, the H710i is a full-tower case boasting an impressive amount of...