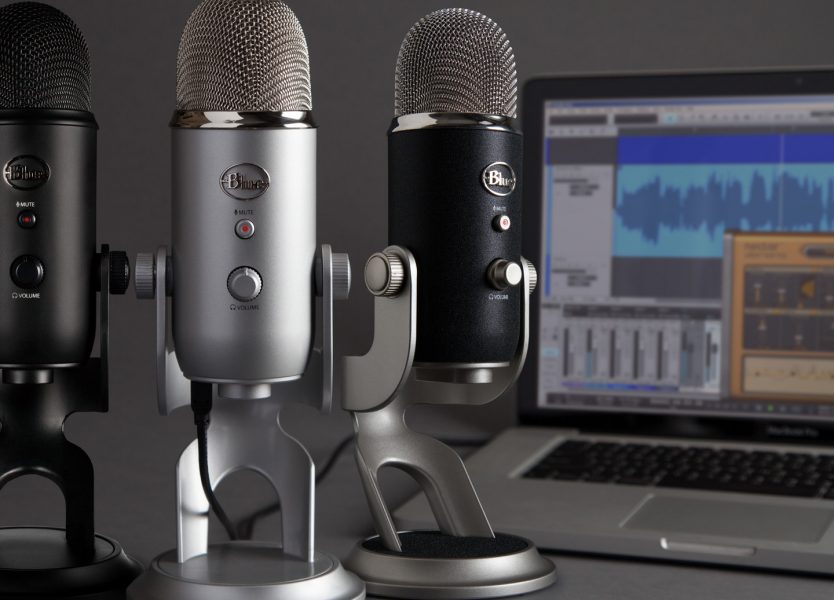 When it comes to tech reviews, it’s rare to cover products that are more than a few months old — maybe a year at the absolute most. Yet today, we’re looking at an almost uniquely enduring piece of technology, which first debuted in 2009: the Blue Microphones Yeti.

This USB microphone is billed as ‘the ultimate professional USB microphone’, and that’s not an empty boast. I’ve heard this microphone recommended for podcasters and game streamers for most of the past decade, with thousands swearing by its audio quality and ease of use. Finally though, I get to put it to the test — let’s begin!

Click on the accordion toggles below to see the features and specifications. 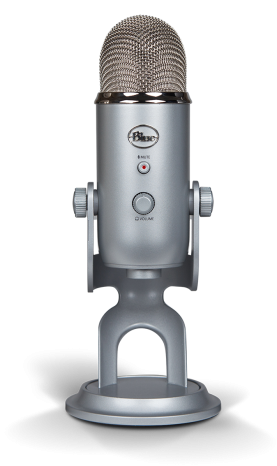 The Yeti is solid and stylish from the moment you pluck it from the box; a tower made of metal from its circular base to its retro grille. The heavy base of the stand keeps it firmly planted to your desk, even if you use the knobs on either side to position the microphone horizontally rather than vertically. All told, you can rotate the mic almost 180 degrees to suit a range of circumstances.

The front of the microphone has a couple of controls you’ll likely need to touch often – a mute button with inset red LED and a volume knob for headphones.

Stereo mode: Both the left and right channels are recorded to create a realistic, general sound image.

Cardioid mode: Records from directly in front of the mic; ideal for podcasts, vocals and game streaming. Produces a rich, full-bodied sound.

Omnidirectional mode: Picks up sound equally from all directions, for when you want to capture the ambience of ‘being there’, like a live recording of a band’s performance.

Bidirectional mode: Records from the front and the rear, making it ideal for capturing the nuance of a musical instrument, or recording an interview between two people.

On the bottom of the microphone, there are a couple of ports: a Mini USB port which allows you to connect to a PC, Mac or PS4, and a headphone jack that permits real-time, latency-free audio monitoring. The Mini USB cable feels well made, and quite long at 2 metres which makes it easy to route out of eyesight.

Of course, the microphone can also be removed from the stand and attached to shock mounts and other mounting solutions.

We tested the Blue Yeti largely in gaming situations: communicating to teammates on Discord, streaming on Twitch and taking the occasional serious Skype call. Here’s how the Yeti fared.

For gaming, having a desk-mounted microphone is pretty handy — you don’t have to remember to flip down your headset’s microphone, you can just leave it in position and plugged in at all times. However, smaller microphones like Blue’s Snowball are perhaps better suited if we consider only ergonomics; I often found that the tall stature of the Yeti left it covering a small portion of my screen. You can get around this by leaning the Yeti towards you, although this does mean you’re not hitting the microphone face-on as you’re meant to. 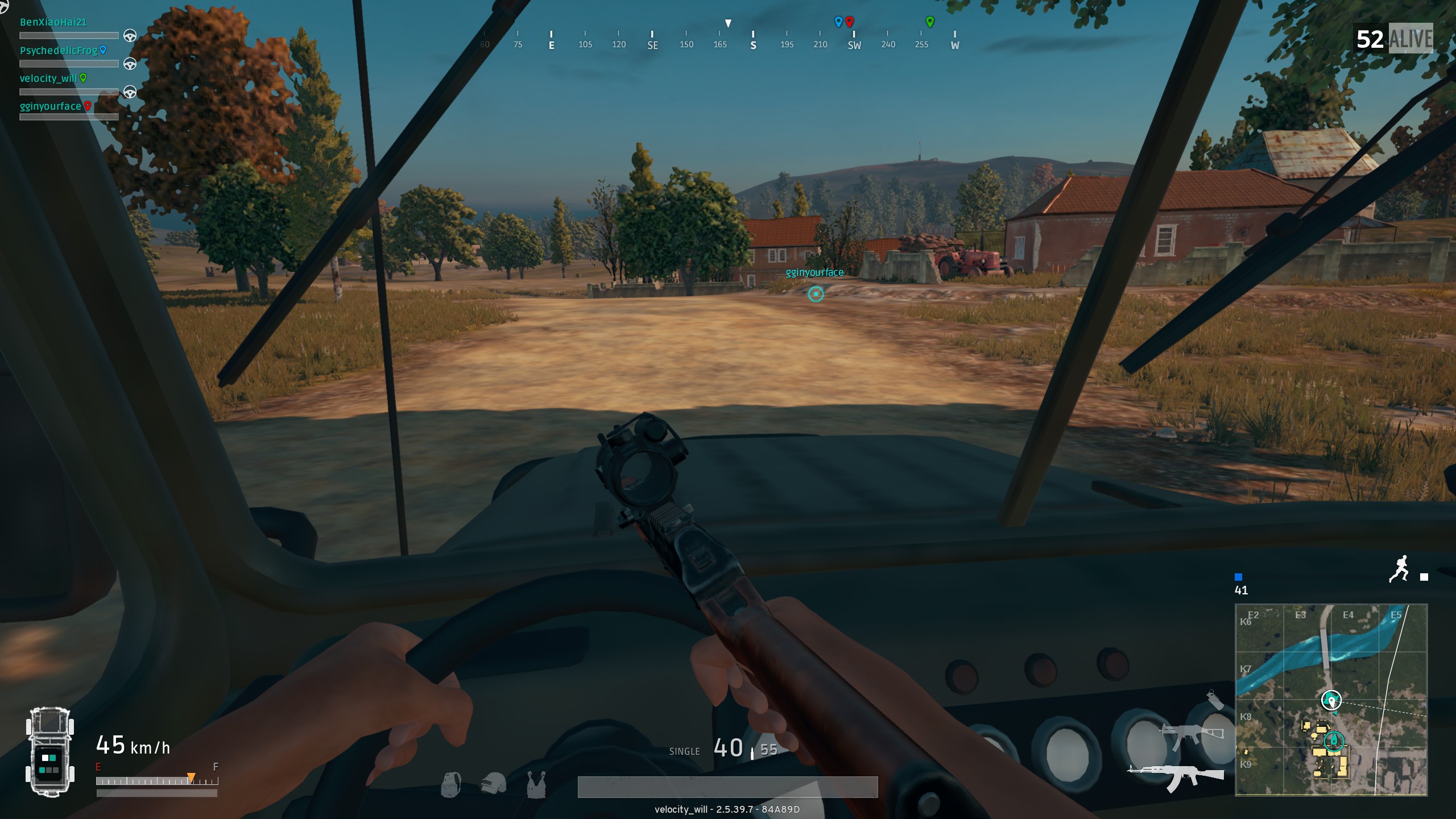 I kept the microphone in Cardioid Mode for the majority of my testing, as this provided a rich sound even when I was some distance from the mic. The actual audio quality of the Blue Yeti is beyond reproach, providing clear and easily understandable audio — although of course that didn’t prevent a few accidental deaths in PUBG from yelling the wrong directions in panic!

Streaming is a pretty similar use case to gaming, but it has a few additional elements to it that I’ll cover here. First up is appearance — your stream instantly exudes a bit more class and quality when you have a serious-looking microphone on display, and the Yeti certainly fulfils that purpose with ease.

Streaming also places higher demands on audio quality than general in-game communication, as you’ll want to ensure all of your subtle witticisms and exasperated half-sighs show up on the recording.

Finally, streaming is a public affair, so it’s helpful to have a big glowing button in front of you that can mute the microphone at a moment’s notice. I always get into awkward situations where no one is responding on voice chat, and only minutes later do I release I’ve muted myself by flipping a switch on a headset. With the Yeti’s pulsing red LED indicator front and centre, I was spared that frustration!

With a writing staff unfortunately bereft of musical talent, we decided against recording a #1 summer jam during our testing of the Yeti. Instead, we simply recorded a spoken section of this review, in order to share the microphone’s vocal abilities (and showcase our lacklustre pronunciation, pacing and tone).

It’s easy to see why the Blue Yeti is so well-respected in the gaming community. For the price, you get an insanely great microphone, something solid and sturdy that you would hope to use for a decade or more. Given the audio quality, usability and adaptability, £120 seems like a low price to pay indeed. 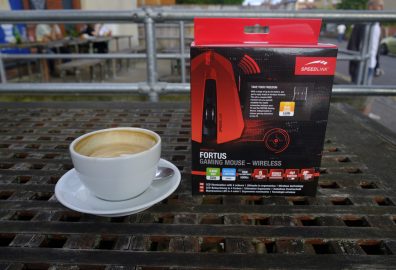 Speedlink aren’t the most well known maker of mice, but they’re still a solid budget option.... 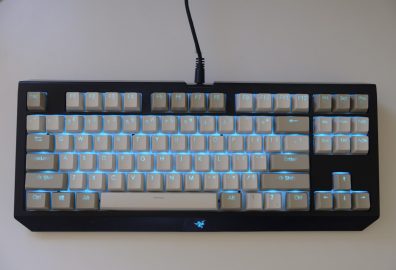