The love that streamers and podcasters have for Blue microphones is self-evident. We’ve even had the popular Blue Yeti in for review ourselves, and ended up falling in love with the audio quality and ease of use of this ~£120 marvel. However, the rest of Blue’s lineup, which includes some really nice planar magnetic headphones, is less well known.

Today, we’re looking at the intersection of these two spheres: a new, little-known accessory for Blue’s popular Yeti microphone: the Blue Compass, a premium broadcast boom arm. This £100 add-on is designed to make positioning and repositioning your Yeti easy, with a clever internal spring design and hand-tightened friction hinges for silent operation.

We’ve got the Professional Broadcast Bundle (“Yeticaster”) in for review, which also includes a Radius III shock mount and Blackout Yeti microphone for £180 all-in, so let’s put it to the test!

Most boom arms that we’ve tested have appeared quite skeletal, with metal bars held in place with muscular external springs and arterial cables running through the length of the arm. In contrast, the Blue Compass is more streamlined, with all of the springs and wiring concealed within a sleek matte black aluminium tube.

The boom arm can be adjusted in four locations: three hinges, at the base, mid-point and the top, plus an additional joint that holds the shock mount in place at your desired angle. Each hinge is held in place with friction, so there’s no need to manually loosen and tighten the joint after making adjustments — it just stays where you put it. 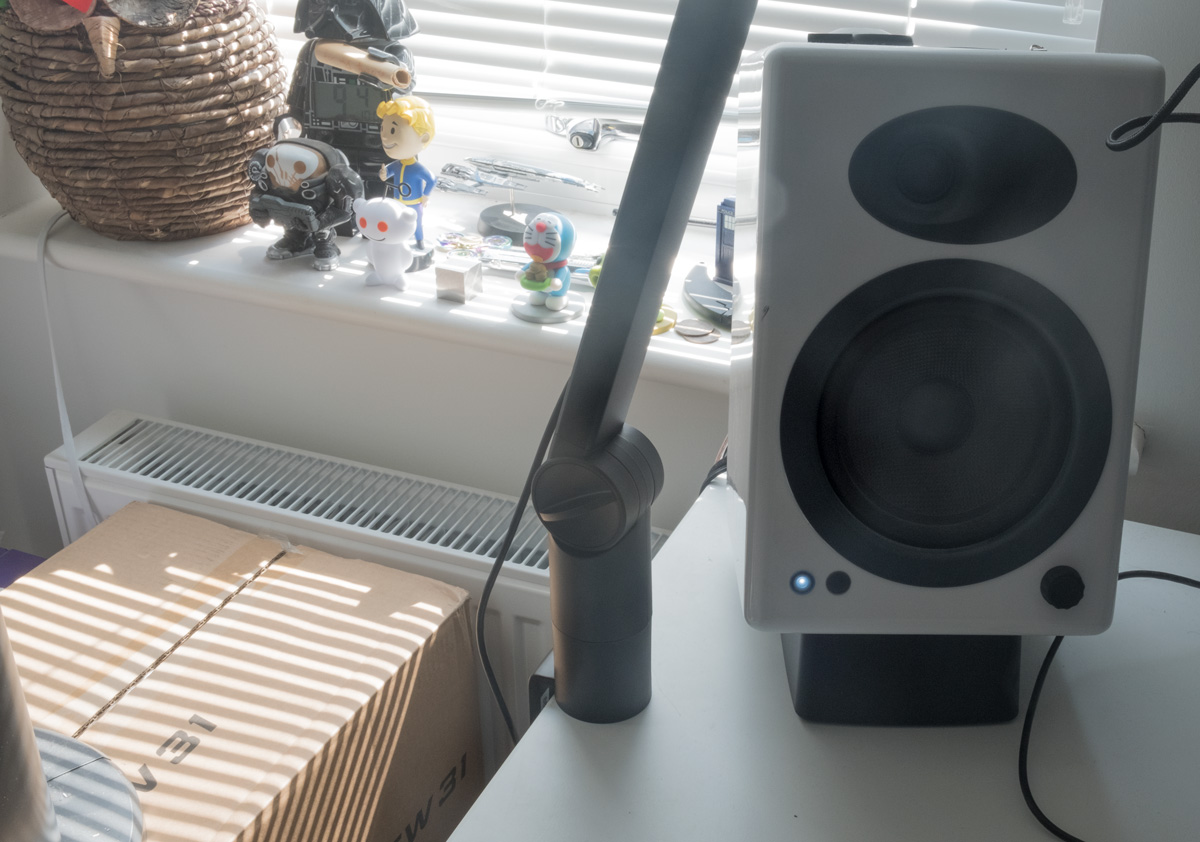 The boom can be mounted permanently through a desk or another surface, or it can be held in place with a simple C-clamp. The boom can rotate 360 degrees on the base, making it easy to swing the mic entirely out of the way when it’s not in use or adapt it to multiple positions. 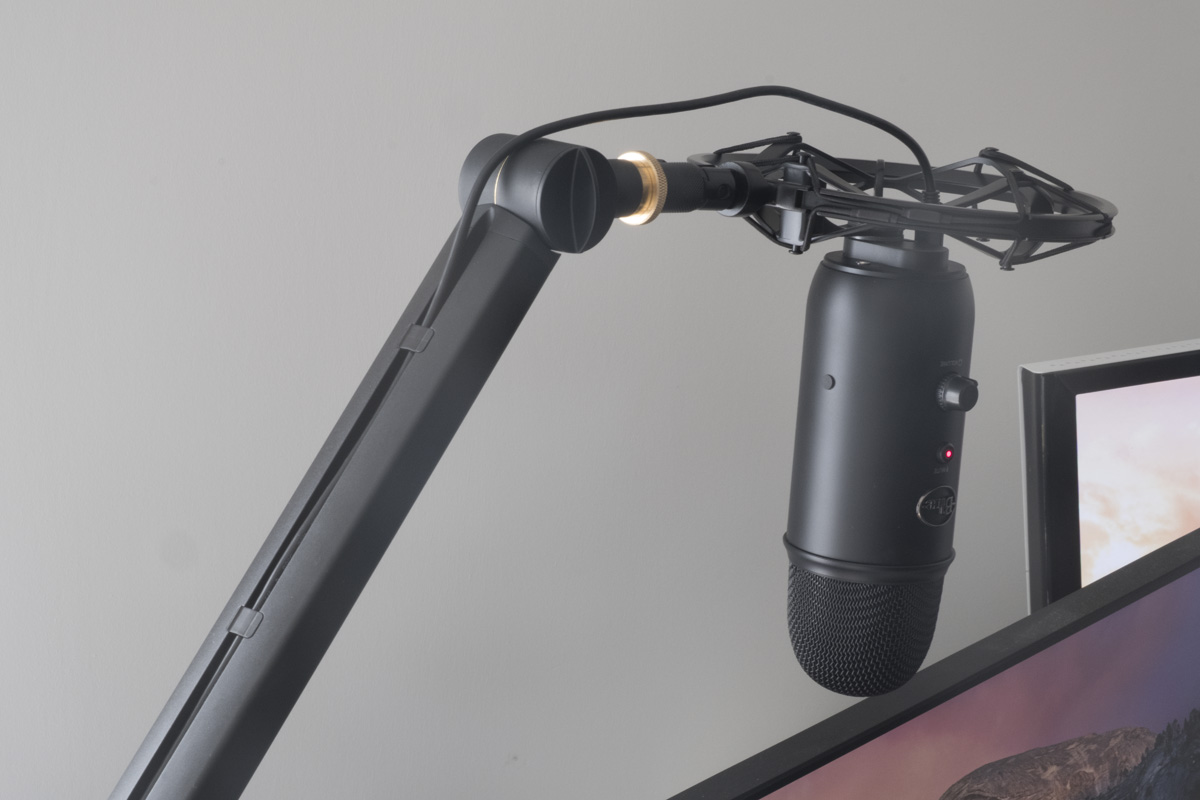 The back side of the Compass has a deep channel for your microphone cable(s), with more than enough space for the standard Mini USB cable that comes with the Yeti. There are six clips that keep the cable in place and out of sight, while allowing enough slack for the arm to be repositioned without stressing the cable. 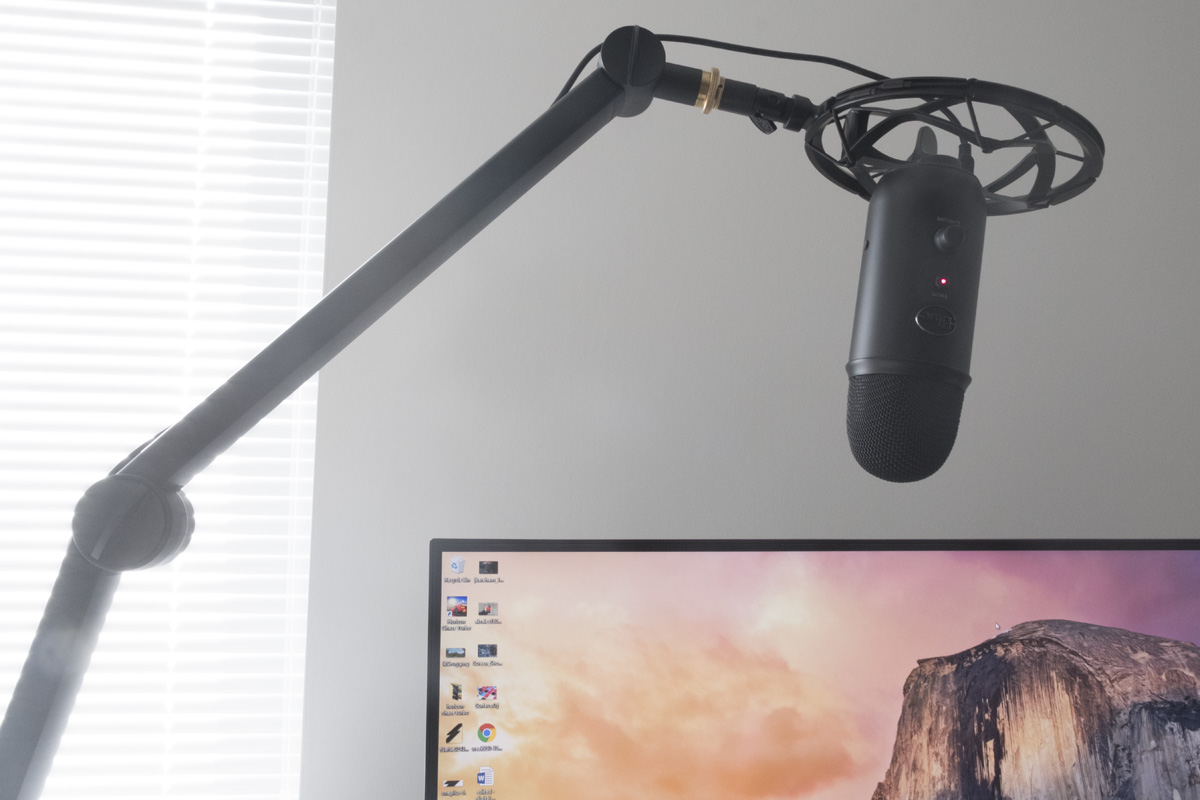 The default £100 Compass comes without a shock mount, and will fit either a 5/8-inch threaded unit, or a 3/8-inch threaded unit via an adapter. You can also get the Compass bundled with a Yeti (£120) and a Radius III shock mount (£55) for £180 if you want an all-inclusive solution. That’s what we’ve got in for review, so let’s begin testing!

We used the Blue Compass with the Yeti mic and Radius III shock mount for a period of three weeks, testing the boom arm setup for streaming, gameplay (e.g. calling out in-game positions in Counter-Strike and PUBG) and even karaoke. Here’s what we discovered.

First of all, having a boom arm is super useful compared to having a desk mount. The Yeti isn’t the smallest of desktop mics, so actually finding a place for it where it can hear you clearly without picking up your mechanical keyboard is a nontrivial task. Previously, we had kept the Yeti behind and below our monitor, but that wasn’t an ideal situation, and frequently lead to the microphone getting bashed whenever we adjusted the monitor’s position without due care.

With the Compass in place, it was simplicity itself to mount the microphone above our monitor, where it could easily pick up our voice without covering the screen or getting in the way. Similarly, it was easy to reposition the microphone as needed to suit other tasks, like moving it to closer to stand and sing karaoke. It was even possible to move the Compass silently mid-song to ensure a more comfortable singing position without affecting the quality of the recording. 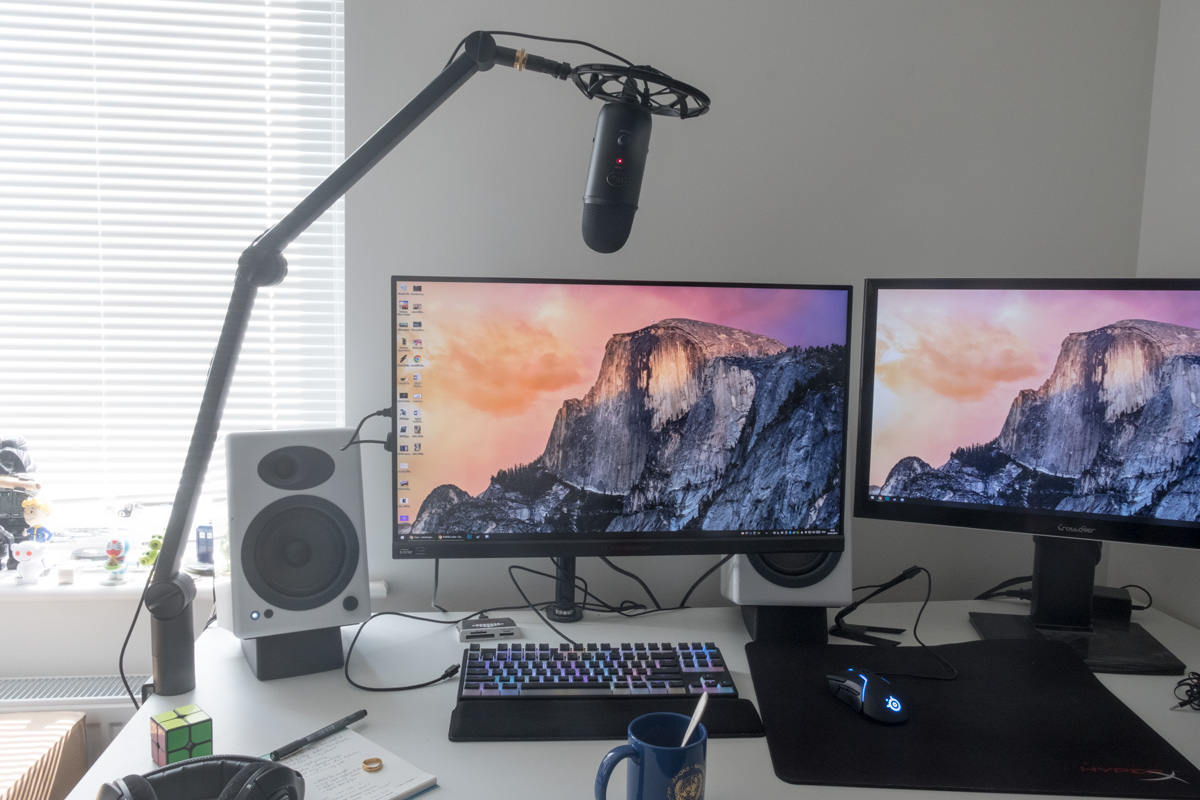 The one flaw with the system is that the final segment, which connects the shock mount to the arm, is fixed in a particular orientation. That means that if you move the arm itself, you also have to adjust the final segment if you want to keep the mic in a given orientation (e.g. facing directly down). Because this joint wasn’t a friction hinge like the others, this was somewhat of a pain to do — you can see we left it a little askew in the picture above, for instance. However, for smaller adjustments the final segment needn’t be adjusted, so this isn’t a complete dealbreaker.

The boom arm also impressed us with its persistence. Leaving the microphone in the same spot for days, we didn’t notice any significant drooping over time. As long as you don’t exceed the ~1 kilogram maximum load, your microphone should remain safe and secure for the foreseeable future.

Secondly, having a boom arm, especially a stylish one like the Compass, really transforms the look of your setup. If you’re wanting to add credibility to the fans on your stream, your rivals on Twitter or just visitors to your abode, then having a matte black mic and boom arm combo really seems to do the job. Similarly, the clever cable management keeps your microphone looking clean, without making moving or adjusting the cable overly difficult.

If you’re the kind of person that cares about how your battlestation looks, the Compass is a perfect way to add some class and professionalism.

The Yeti is an excellent microphone when it comes to audio quality, and the addition of a shock mount only added to its already sterling credentials. You can see our original Yeti review for additional details; here’s an excerpt from that piece.

For the price, you get an insanely great microphone, something solid and sturdy that you would hope to use for a decade or more. Given the audio quality, usability and adaptability, £120 seems like a low price to pay indeed.

The Compass is an excellent boom arm, particularly when purchased with a Yeti and shock mount for a reasonable £180. There are certainly cheaper examples — this £62 RØDE PSA1 boom arm is well-reviewed by Amazonian customers, for example — but there is a definite gap in build quality, usability and style. If you trust Blue’s Yeti, and many do, then it’s not much of a leap to embrace their Compass too. 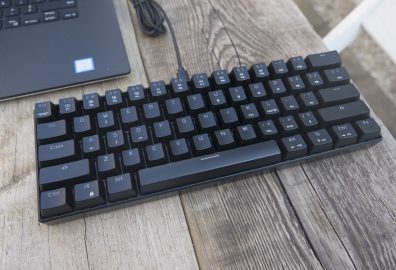 This £36 keyboard is something of a marvel, coming with a compact 60% size layout, full RGB backlighting and... 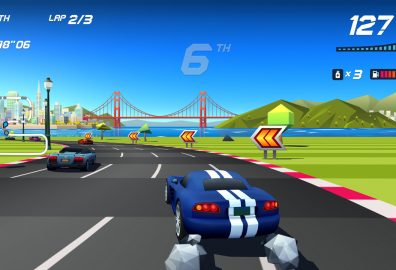 Before the world dared to dream of photorealistic cars lapping around laser-mapped tracks, racing games were...