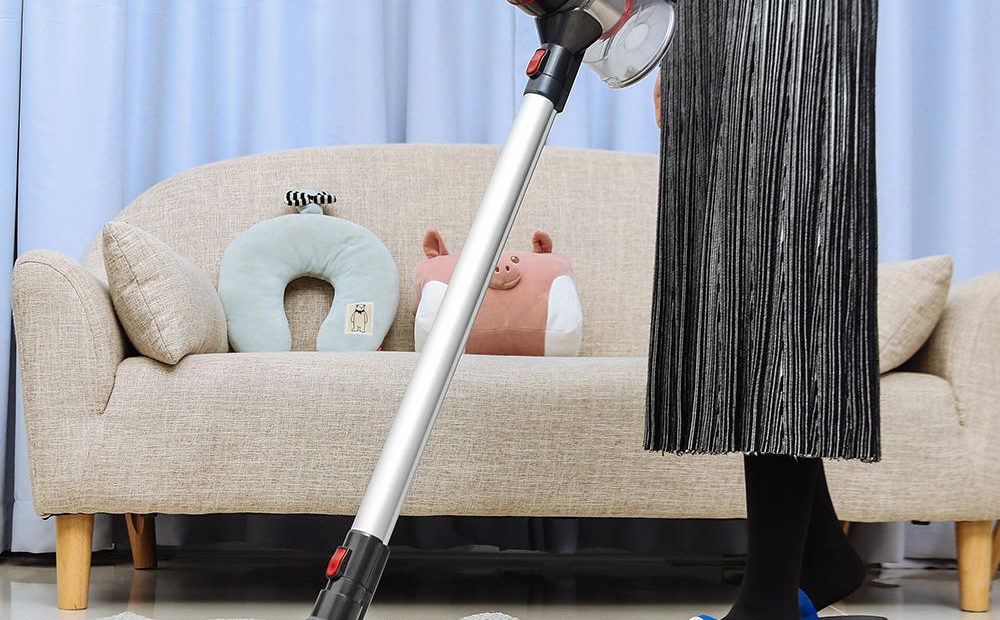 Taking the BlitzWolf Cordless Vacuum out of the box, I can’t shake the nagging suspicion that I’ve seen this design somewhere before. Ah yes – it looks very similar to the other vacuum in my household, the Dyson V8. It’s not a carbon copy by any means, with a different colour scheme, fewer attachments and slightly different shape, but the BlitzWolf vacuum was certainly not designed in one. There’s another big difference too: price. The V8 generally costs around £340, while the BW-AR182 is currently selling for just £71. That’s a massive disparity, so how much are you giving up by choosing the budget option? Let’s find out.

The BlitzWolf is a 2-in-1 model, designed to be used handheld or as a standard “stick” vacuum. As mentioned earlier, the overall layout is familiar, with a bagless dust bucket and space for attachments up front, a trigger and battery towards the back and the actual vacuuming bit on the top. 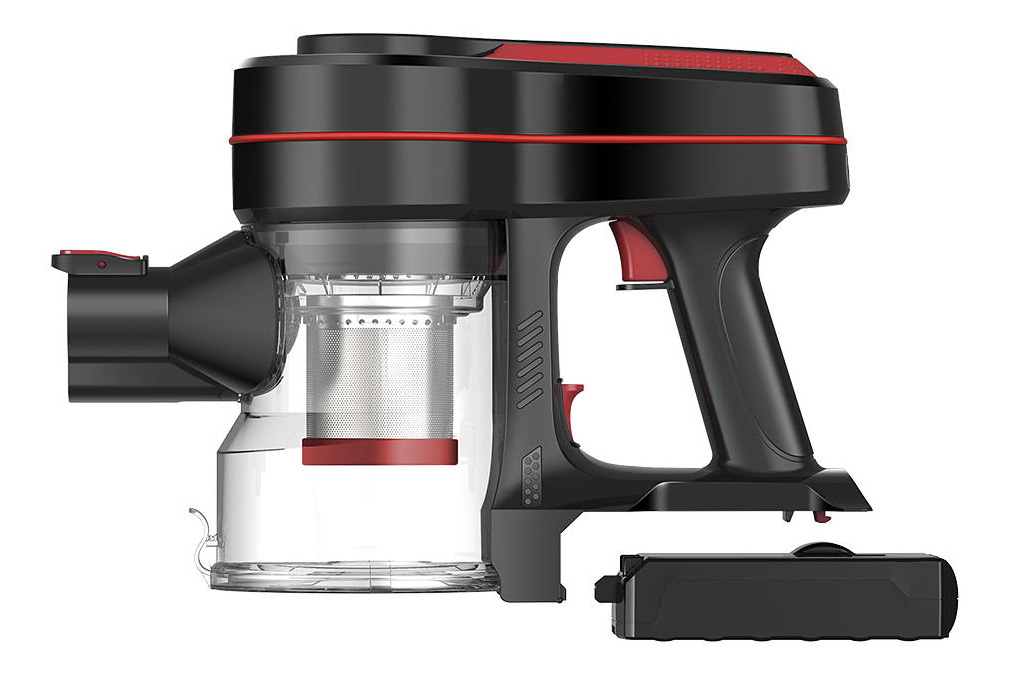 There are some differences in execution though, with the battery here being removable instead of charging in situ and the high-suction mode being accessible via a button rather than a switch (so you can’t have the vacuum start at your preferred power setting).

There are also slightly fewer attachments here, with just one large floor brush, one smaller brush and one thin tube. However, a basic wall-mountable rack for easier storage is still included.

We used the BlitzWolf AR182 as our primary vacuum for a two month period, occasionally alongside the Dyson V8 when we had a lot of cleaning to do in a short space of time. Here’s what we found:

The AR182 is a louder vacuum than the Dyson V8, with a high-pitched whine which is subjectively less pleasant to listen to. Listening to music on headphones alleviates this issue, but isn’t required.

The AR182 cleans about as well as the Dyson V8 on many surfaces, successfully picking up dust, hair, crumbs and other household debris on its first pass. However, the Dyson feels easier to push around.

When it comes to usability, I prefer the AR182 for one reason: you press the trigger once to turn it on, and again to turn it off. For the Dyson V8, you need to keep the trigger pressed at all times. That makes it easier to conserve energy on the Dyson, but my hands felt painful after long jobs where I’d kept the trigger pulled down for minutes on end.

The AR182 has fewer attachments, making it less versatile than the Dyson V8. However, we rarely needed to switch vacuums in order to tackle a certain job; the BlitzWolf vacuum was normally good enough. 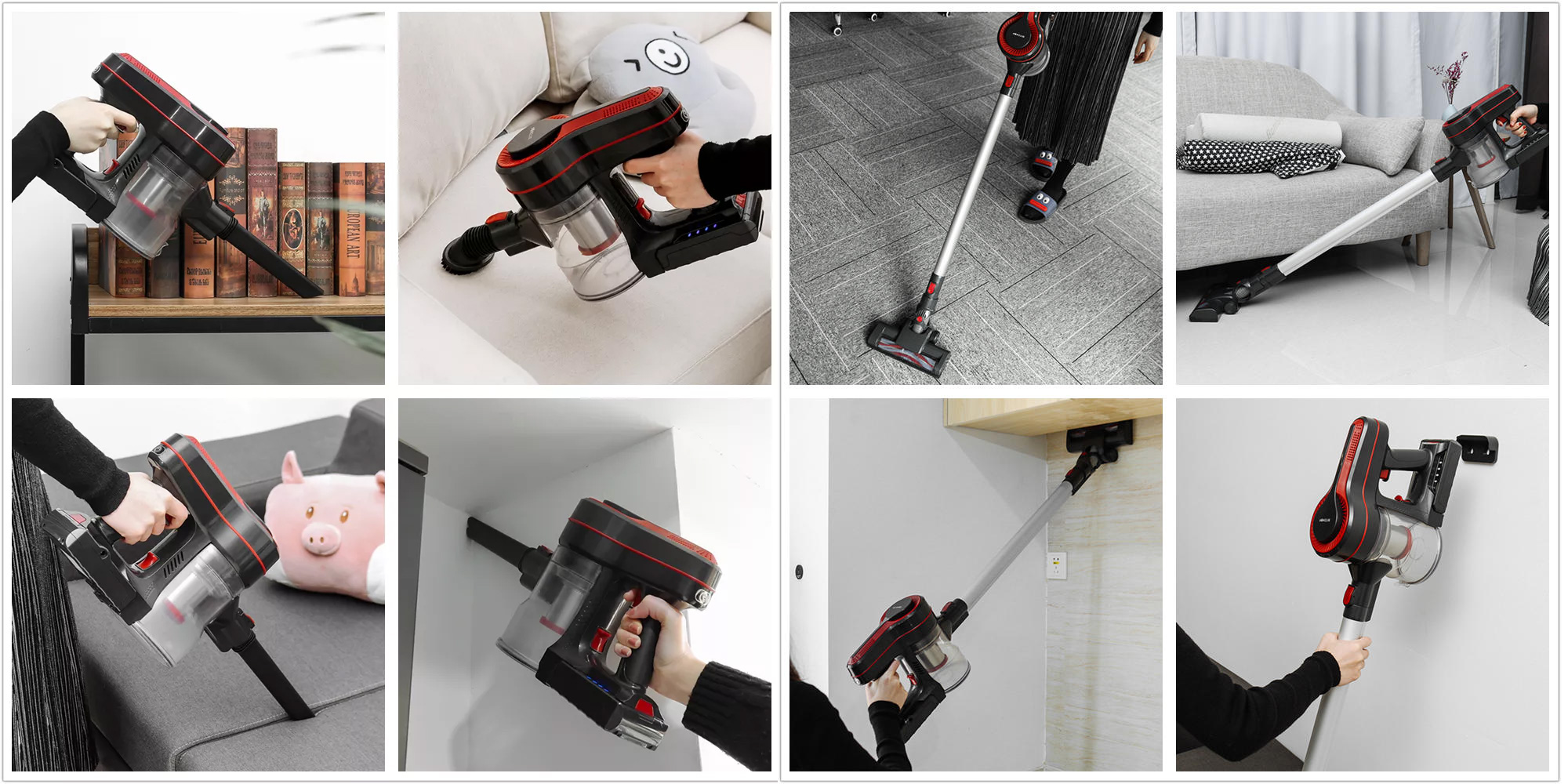 The AR182 is easier to charge than the Dyson as the battery is removable and takes up little space, but it does take a bit of time to reinsert the battery each time.

The Dyson V8 is more durable than the AR182, with its attachments clicking together more solidly. The overall level of fit and finish is higher on the British vacuum, although neither feel poorly made.

Both vacuums are very easy to empty, disassemble, clean and maintain. However, the Dyson V8 is more widely available and has more service options available. Dyson’s support also has a solid reputation, something not matched by BlitzWolf.

Battery life is about the same for both, lasting a little under ten minutes when at max suction, and between 20-30 minutes on the eco setting.

The BlitzWolf AR182 surprised me with its efficacy and durability, offering a genuinely good vacuuming experience at a fraction of the cost of a Dyson V8. That makes it undoubtedly better value, but the Dyson V8 remains the better vacuum overall. Still, not everyone has £200+ to spend on a vacuum, and for these people the AR182 is a solid option. 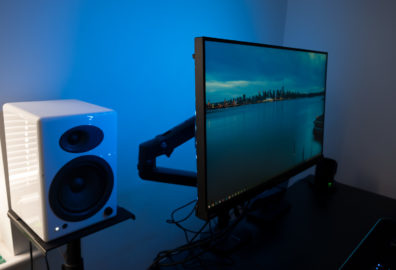 The screen goes black, and with it the room. Then, a klaxon fires up, bathing the walls with flashes of... 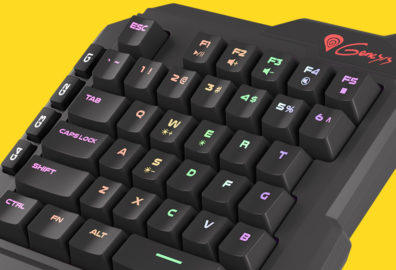 Genesis, a Polish gaming peripherals brand, is bringing its value-oriented lineup to the UK and invited XSR...