For a long time you had a choice as a PC gamer looking for a monitor: You could get one with a crisp 2560 x 1440 resolution, or you could get one with a smooth 144 Hz refresh rate. Now it’s finally possible to get both desirable specs in one monitor. The BenQ XL2730Z is one such monitor, and it’s the one we’re looking at today. Let’s see how it measures up!

The XL2730Z continues BenQ’s tradition of gamer-focused design, adding a few red accents to a fairly standard (if slim) monitor. An optional control pod sits in a depression in the monitor’s base, allowing rapid mode switches and slightly easier OSD controls. If left unfilled by the control pod, it’s a good place to store coins and the like.

The face of the monitor is thankfully unencumbered by massive stickers or distracting logos, with a dull BenQ logo at the bottom center and a non-blinding white LED power button in the lower right. The OSD controls sit above the power button; these are much easier to hit than side or rear-mounted buttons and provide good tactile feedback too.

The left side of the monitor contains a few niceties: two USB ports, two 3.5mm audio jacks, and an extendable arm for hanging your headphones on. There’s also a handle at the top of the monitor stand, which is handy for carrying it with a single hand.

The monitor is quite adjustable, with a rear-mounted stand that allows for changing height in addition to the usual tilt and swivel. The monitor can also be rotated 90 degrees into portrait mode, which is handy for multi-screen setups, giant 3DS emulation or other nerdy activities like web development or programming.

The remaining ports face down on the rear; I generally prefer side-mounted ports but at least these ones are well labelled and generally easy to use. You have power on the left (as viewed from behind), and the video connections on the right: two HDMI, DP, DVI-DL and VGA. A lock also sits on the far right side.

The monitor includes printed measurements for height and rotation; the idea here is that you can figure out your ideal setup, then replicate it immediately for LAN parties or if someone adjusts it.

Overall, it’s a stylish monitor with some sensible and helpful features. Almost everything it includes is useful rather than flashy, and I appreciate that.

I used the XL2730Z for a period of about two months, giving me a good chance to see how it performed over a wide range of games and non-gaming tasks. In general, I found that the monitor produced crisp and responsive gameplay no matter what I threw at it; from ultra-demanding competitive Counter-Strike to cinematic single-player titles like Metal Gear Solid V: Phantom Pain.

I believe that 1440p / 144Hz monitors are the sweet spot right now for PC gaming enthusiasts, as most mid or high-end gaming rigs should be able to deliver 100+ fps at 2560 by 1440 for almost all games. This provides noticeably better sharpness than a 1080p display of the same size, while also ensuring a fluid look that can provide a nice competitive advantage in fast-paced multiplayer games. 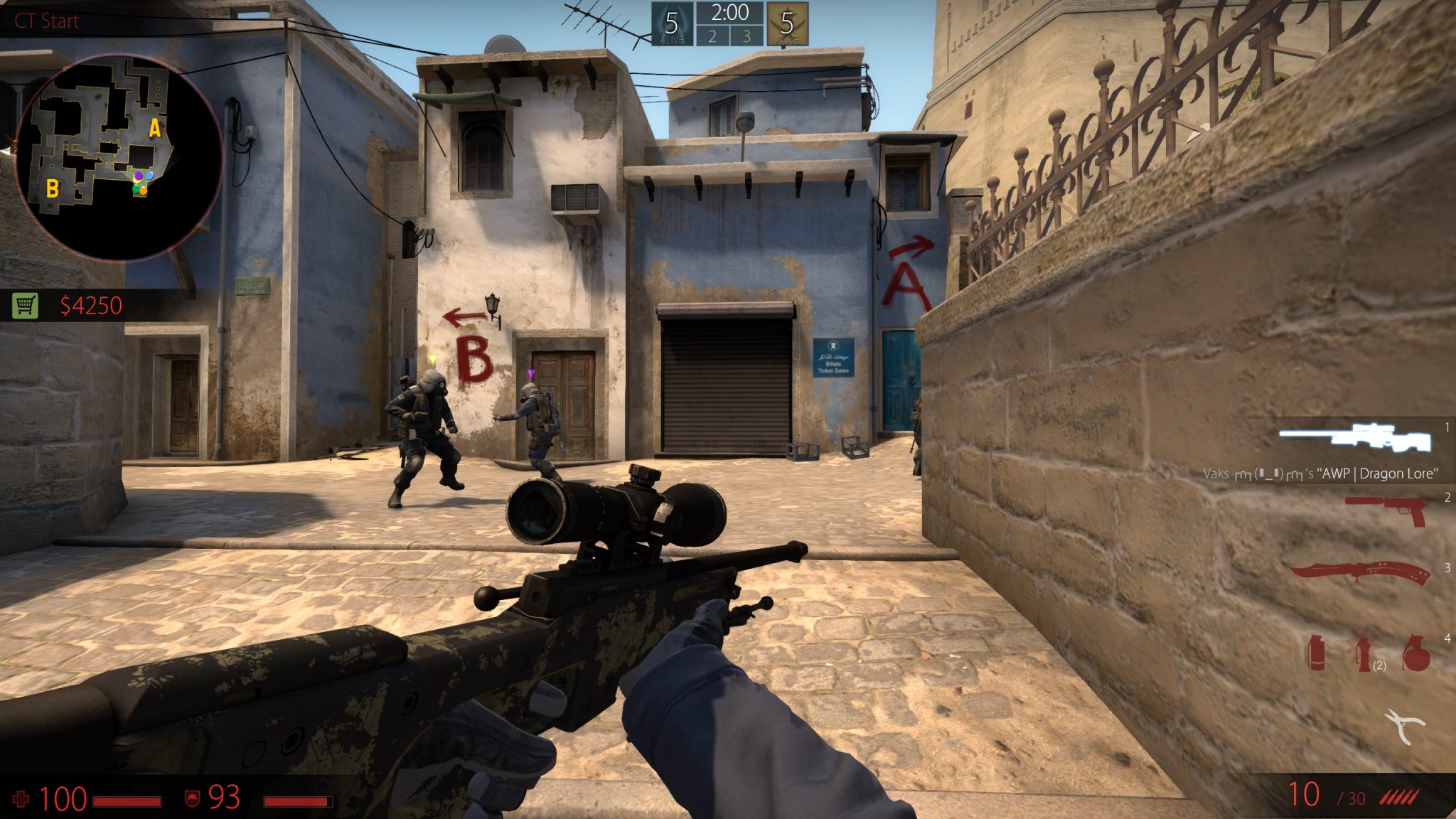 The monitor’s extra features were also useful; the different modes on store seemed to include sensible defaults for shooters and strategy titles, while the headphone holder and stand were great help at LANs. The OSD controls were also much better than most monitors, which was a big help when fine-tuning settings. Having USB and audio passthroughs was also useful, and I think it generally makes more sense to have these in a monitor than in a keyboard.

The one disadvantage of this monitor is that it uses a TN panel; a more developed technology but one that has some downsides – namely colour accuracy. I felt that the monitor looked a bit washed out on some scenes, and putting it side-by-side next to an IPS monitor of equal price you can certainly tell the difference. That won’t be a concern for competitive gamers, but for those that like to play less competitive or single-player titles, having some extra eye-candy from a more accurate IPS display can be ideal.

Viewing angles were another issue; you really want this display to be facing you at all times. It’s certainly possible to keep the XL2730Z centred thanks to the monitor’s easy adjustability, but it’s still something you’ll notice. Overall, this certainly isn’t the worst TN display I’ve seen, but it wasn’t as good as I’d hoped. 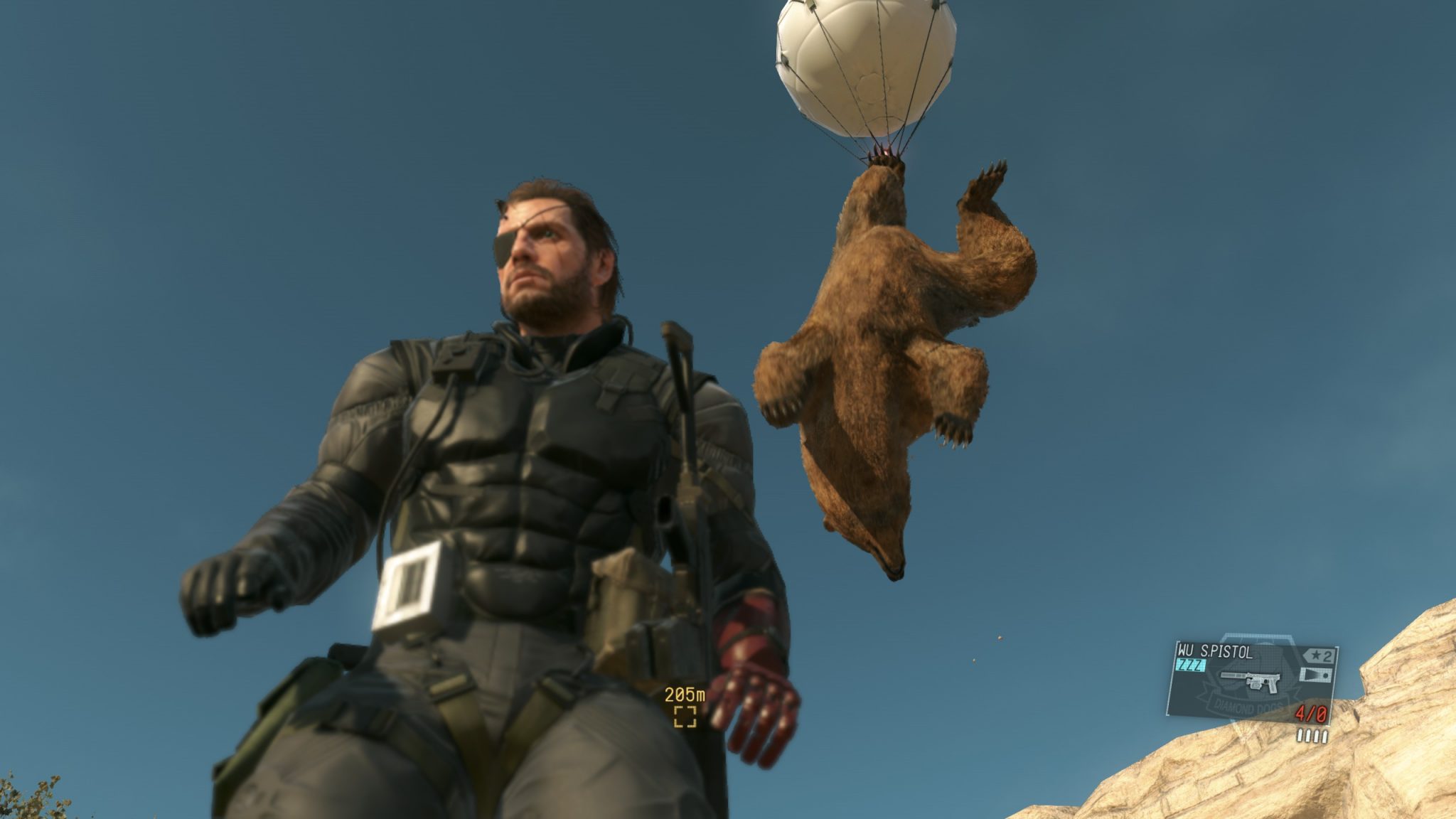 For non-gaming tasks, the monitor is generally good. The extra screen resolution compared to 1080p is super useful for most productivity tasks, e.g. writing, photo or video editing or browsing the web. The low blue light mode is a nice feature for extended use too. Still, if you’re going to be spending more time working than in games, then it might make sense to forgo the 144Hz rating and choose an IPS panel monitor instead… and if you’re doing photo editing or other graphics work, then it’s essential to do so.

Still, the XL2730Z is not designed to be a monitor for graphic designers; it’s for gamers. It delivers fluid action at a crisp resolution, and it should go down a treat with any gamer that’s looking for a competitive edge.

Now we’ll take a brief look at some benchmarks for the monitor. We can see it covers the whole sRGB spectrum, but misses out a significant portion of the AdobeRGB and NTSC standards; don’t use this for colour-sensitive work. 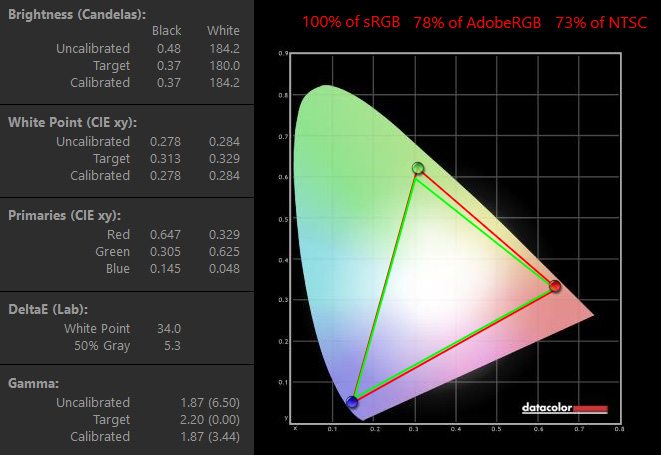 The contrast readings here are low, but this is more likely down to an issue with the Spyder4 calibration tool that I’m using than the monitor itself.

Colour uniformity is fairly poor at 100% brightness, with a big splotch in the lower center and right corners, but improves dramatically at more moderate brightness levels. At least for the panel I tested, at 75% brightness you’ll get a very chromatically balanced picture. 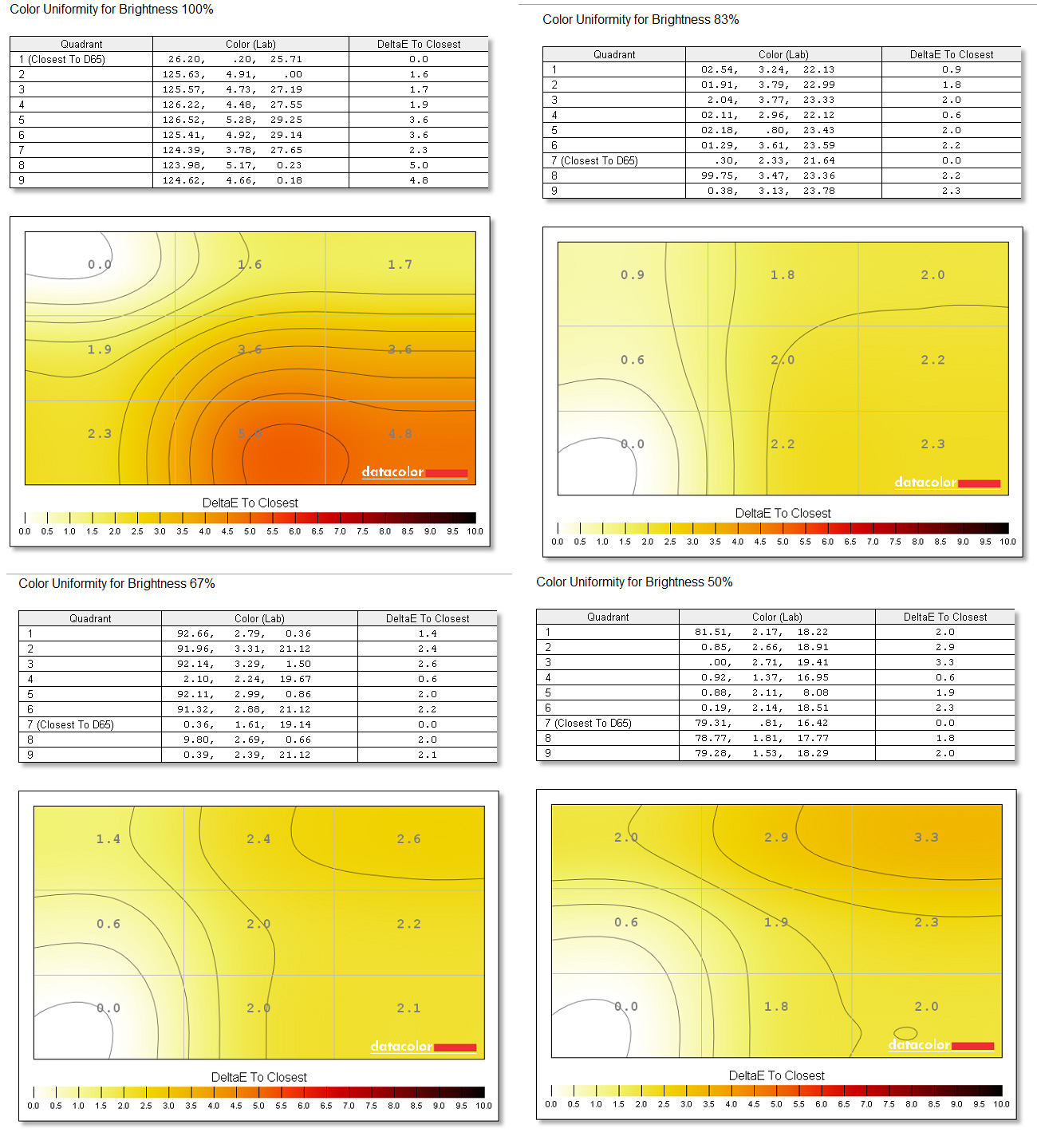 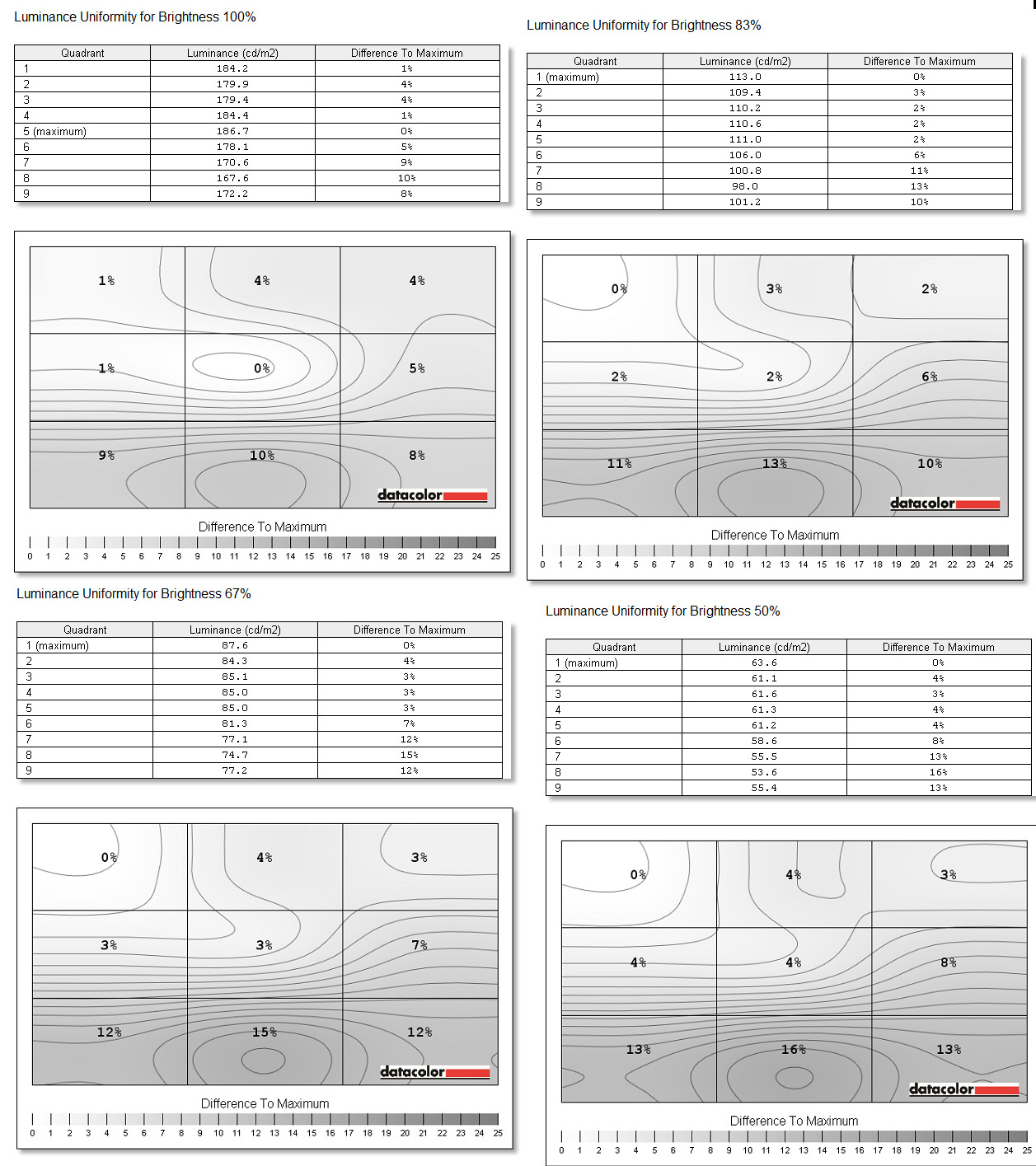 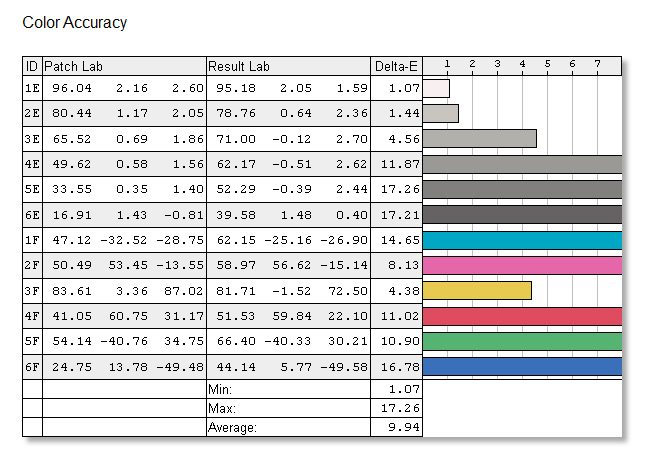 The Spyder’s rating is normally fairly odd, but we’ll include it anyway. We’ve got good scores for gamut, contrast and uniformity, with a literal 0/5 rating for colour accuracy. 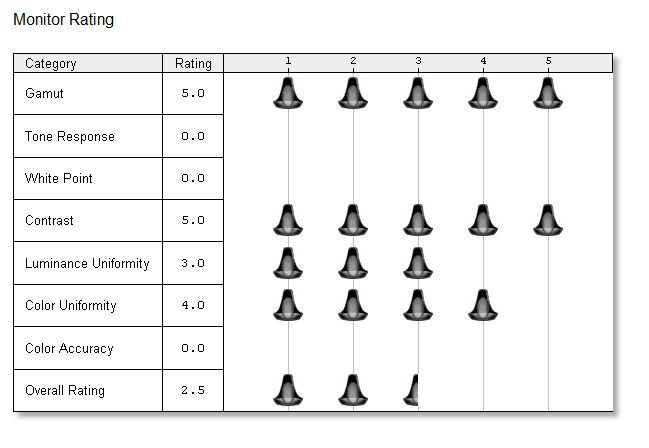 The BenQ XL2730Z is a well-designed monitor, perfectly suited for competitive gamers looking for an edge. 1440p and 144 Hz monitors make a lot of sense right now, and the XL2730Z distinguishes itself with solid performance and practical extra features. While the TN panel has its issues – poor viewing angles and woeful colour accuracy – they aren’t enough to seriously damage the monitor’s chances with its intended audience. If you’re looking for a monitor to advance your Counter-Strike career or just out-frag your friends, then the XL2730Z should be at the top of your list.

I am someone who far too regularly finds myself disagreeing with my girlfriend about who gets to use the one...