This Zowie XL2430 monitor may only measure 24 inches, but it’s packed to the brim with BenQ’s* latest gaming features. It also operates at a high refresh rate, 144Hz, making it a good choice for fast-paced games. It’s pricey though, so let’s dig a little deeper, and see how this eSports-focused Zowie monitor measures up against the competition.

* Zowie is a brand owned by BenQ, hence the dual labelling.

The XL2430 is a modern marvel, cramming a ton of helpful gaming modes and features into a good-looking and compact 24-inch display. Everything seems well considered, and if you take the time to check out the many features on offer you’ll definitely get your money’s worth.

Here is the manufacturer’s list of features, with explanations in parentheses when necessary.

The XL2430 is a pretty good-looking monitor, primarily coloured matte black but with a few red accents here and there. There’s a small BenQ logo below the panel, and a power button in the lower right corner. Further OSD controls lie above the power button, and are small and circular.

The monitor’s metal stand is made from an aluminium alloy, which the BenQ site claims ‘sends off a sophisticated yet mysterious metallic appeal that conjures up the majesty of the game’. I’ll let that pass without further comment.

One nice touch is the inclusion of markers along each avenue of adjustment. Take a note of these once you’re happy with your monitor’s position, and then you can quickly return to them later, e.g. when you arrive at a LAN party.

On the left side of the monitor, you’ll find easily accessible USB and headset ports, although you’ll need to run more cables to your PC to make use of them.

There’s also a handy headphone holder, which pops out when needed and hides itself away for travel.

You’ll also note the red labels for each port, which make it easier than usual to get everything plugged in quickly — although a side mounting would be preferable.

The monitor’s base has a nice red hole cut into it, through which your cables can be draped if you’re so inclined.

There’s also a small dish for the stupidly-named ‘S Switch Arc’, a small puck-shaped OSD controller. This is for rapidly flitting around the OSD, changing settings and switching modes with abandon. If you don’t see the need to keep it out, you can always use the same space for keeping keys, coins and other desk detritus.

Finally, the top of the monitor’s stand has a handle, making it easy to carry this monitor with just one hand — helpful, whether you’re making the long walk to the LAN from the car, or you just like moving your monitor around the house.

We reckon it’s a good-looking and sensibly-designed monitor, so let’s put it to the test.

As usual, we’re calibrating the monitor and then testing it using the Spyder4Elite colourimeter. Before the tests are performed, the monitor is reset to its normal factory settings, contrast is set to 50, brightness is set to 120 nits (cd/m2).

After the initial calibration, we get our initial results, showing that the display reaches 99% of the sRGB standard. We can also see that the monitor hits our calibration targets almost exactly, with very low Delta-E values of 0.5 and 0.6 for White Point and 50% gray, respectively. These are promising signs for a TN-style monitor, so let’s proceed. 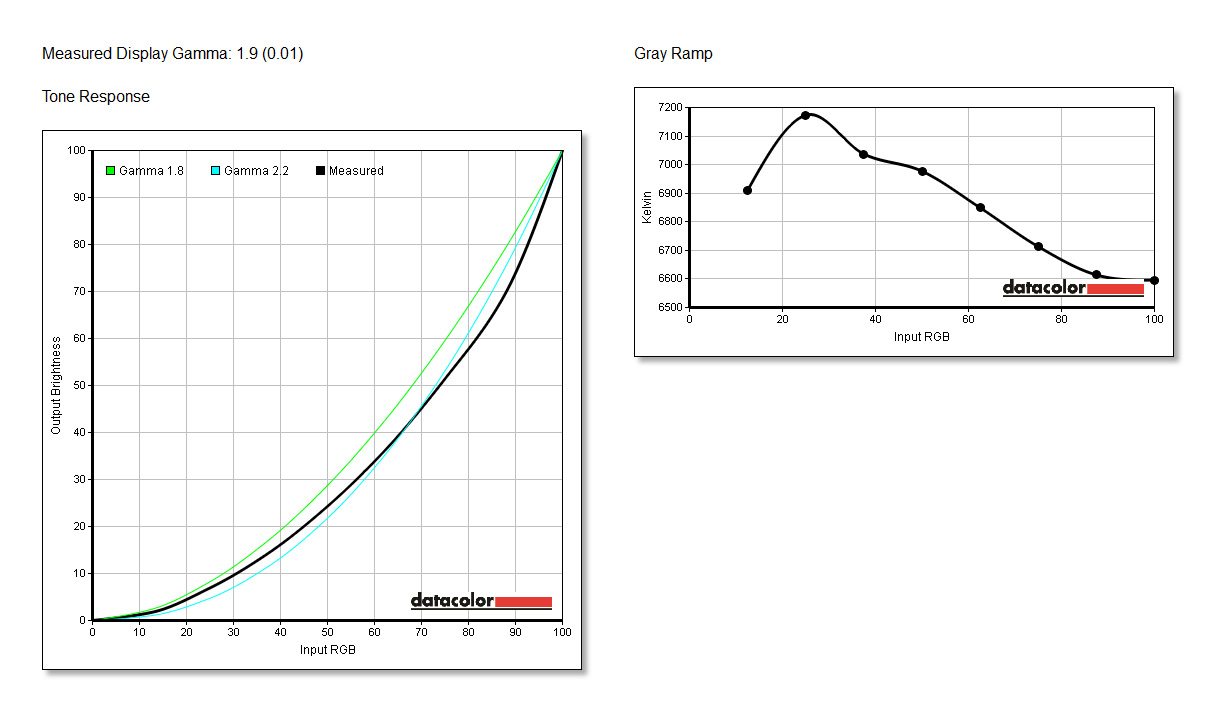 First up we measure the tone response, which reveals a measured display gamma of 1.9, a little too bright for our liking (this is at roughly 25% brightness, for reference). The gray ramp is a bit wonky, but nothing too out of the ordinary.

At low brightness settings (specifically, 0%), we can see that the screen gets very dim, providing a good contrast ratio. This of course disappears as we get to brighter settings, and slowly improves on the way to 100%. Note that the Spyder4Elite tends to under-read contrast ratios, so take that particular result with a pinch of salt. 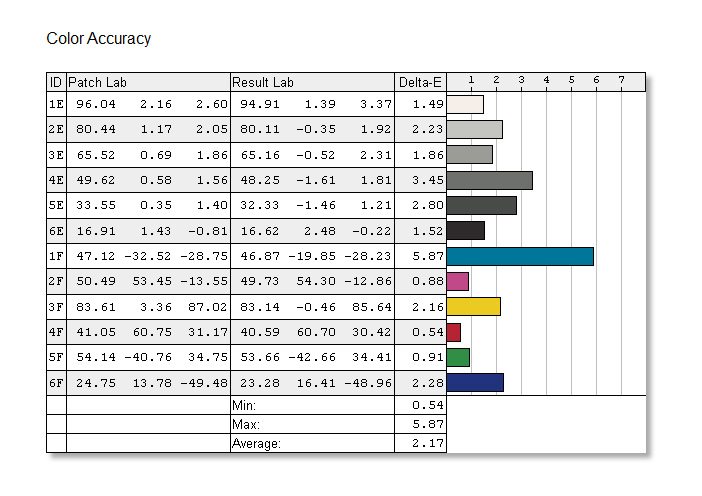 Colour acccuracy is rather good for a TN-panel monitor, with an average Delta-E value of just over 2.0. That’s not the best we’ve ever seen, but it’s on par with low and medium-end IPS monitors. Combined with the 99% sRGB coverage, the XL2430 is a surprisingly decent monitor for image editing, even if it wouldn’t make the grade for professional productions. 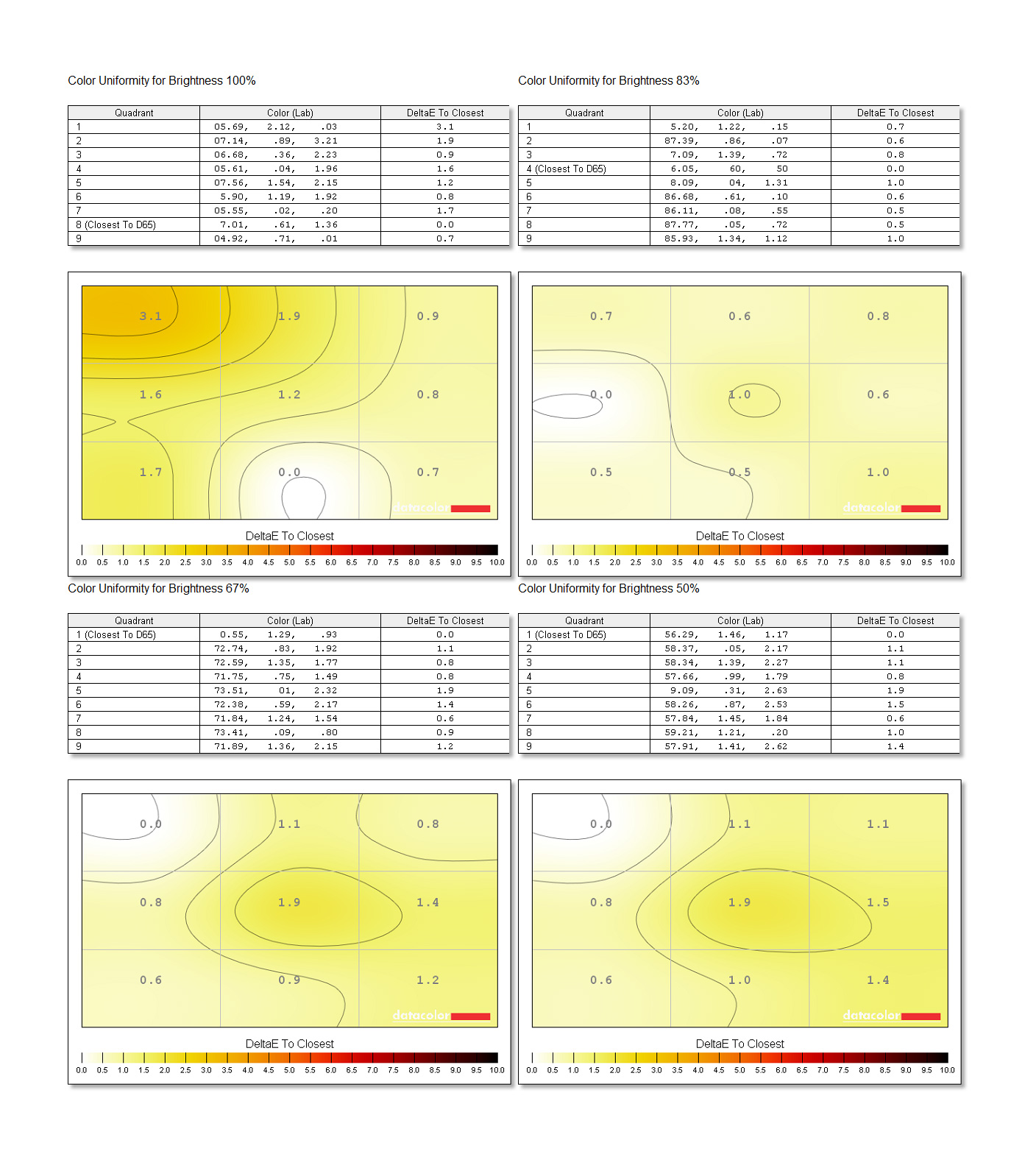 Colour uniformity also looks good; only at 100% brightness do we see a single bad result in the upper left quadrant of 3.1; otherwise we have values between 0 and 2. This panel represents colours very uniformly. 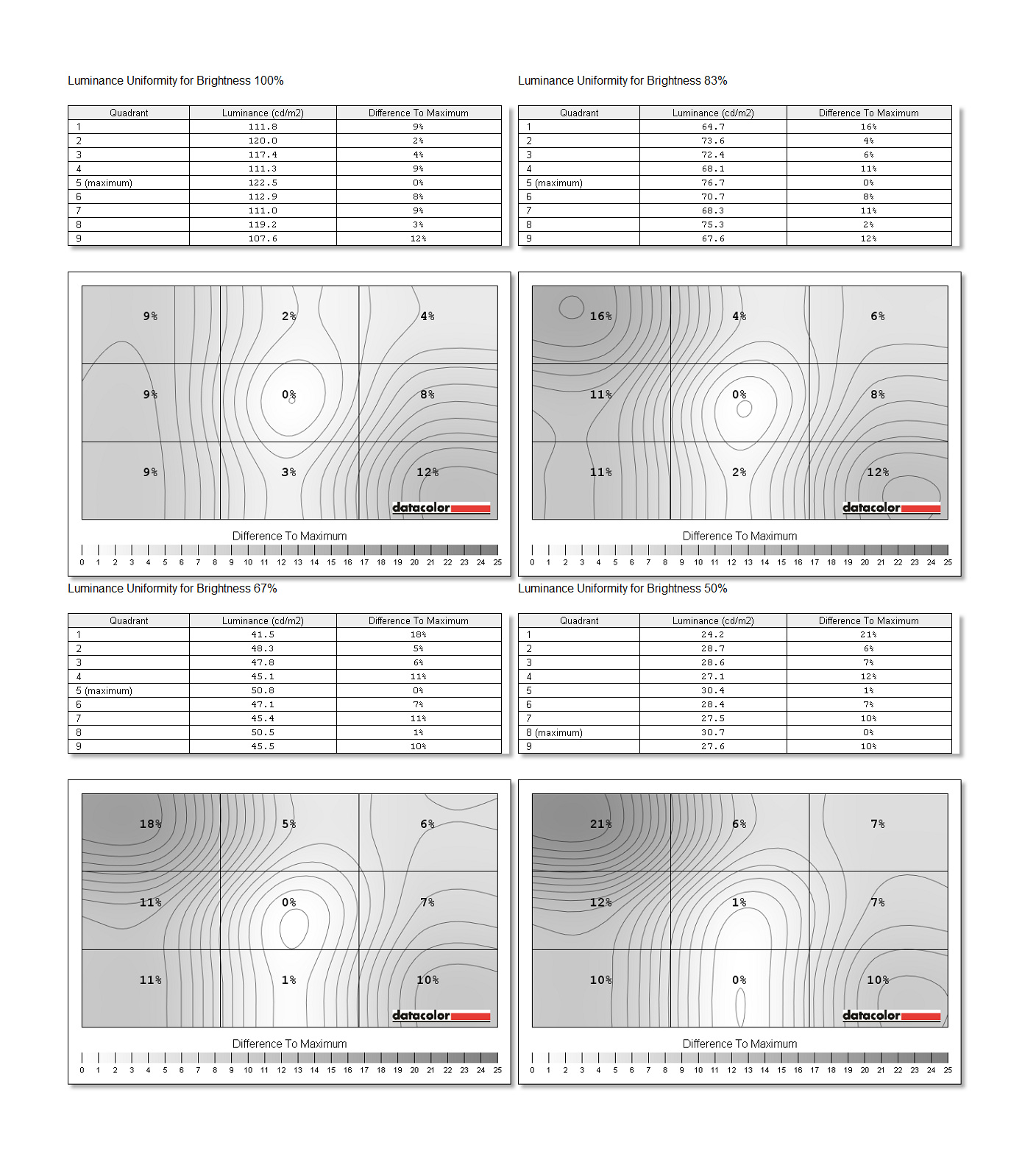 Unfortunately, display luminance isn’t quite as good, with a fairly large offset of around 20% in the first quarant for all but the highest brightness settings. Still, these aren’t awful results by any means. 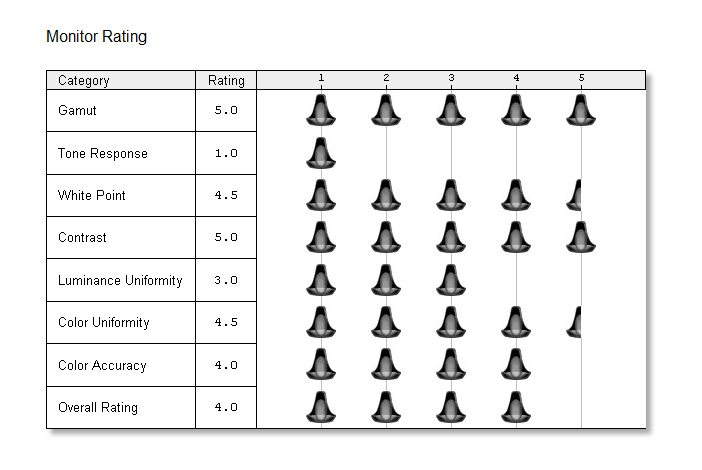 The Spyder4Elite software spits out a rating of 4 out of 5, not bad at all! Points were deducted for the overly bright gamma and luminance uniformity, but every other test revealed an excellent monitor, on par with IPS-style displays in many areas. Good job, Zowie-a-brand-by-BenQ!

If you’ve never used a high refresh rate monitor before, you’re in for a treat. Once you switch to 144Hz mode in your display settings, you’ll immediately see a difference, even when mousing around in Windows. Everything feels more fluid and responsive. You’ll get the same impression in games as well, with the biggest benefits being felt in fast-paced and first-person games like shooters. Going back to 60Hz monitors after using this will be a challenge!

Games don’t pop as much as they would on a larger IPS-style screen, and you have to keep your face pretty close to the screen in order to see distant details — like enemy heads across the map in Counter-Strike or Battlefield. On the other hand, a smaller screen also means that there’s more room for your mouse if your desk is quite cramped. 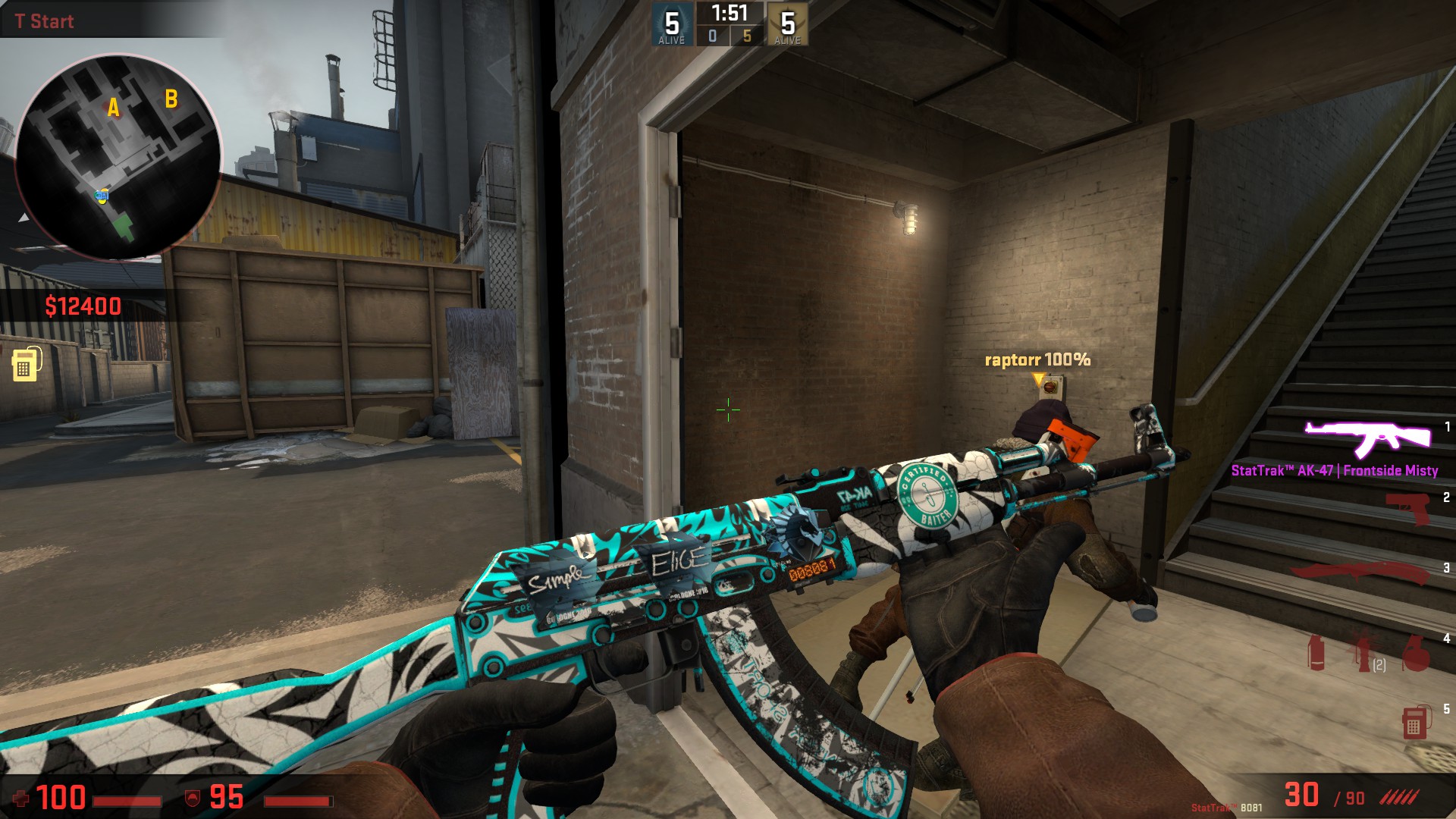 Viewing angles are a traditional weakness of TN displays, but things have moved on a great deal since the early days. There’s a bit of colour shift at extreme angles, but otherwise things are quite good; you can certainly sit off-angle and still have a good-looking display.

The physical layout and extra gaming features of the XL2430 are sensible too. The stand is really small for a gaming monitor, so there’s more room for your keyboard and mouse. The headset hook does well to declutter your desk, the handle makes it easy to take the monitor to a LAN, and the marks along each axis of adjustment make it easy to get things set up exactly as they are at home. The USB and 3.5mm pass through ports are also handy, as they mean you can swap out peripherals without needing to reach all the way to the back of your PC. It would have been nice to have an SD card reader too, but it’s an understandable omission for a gaming monitor. 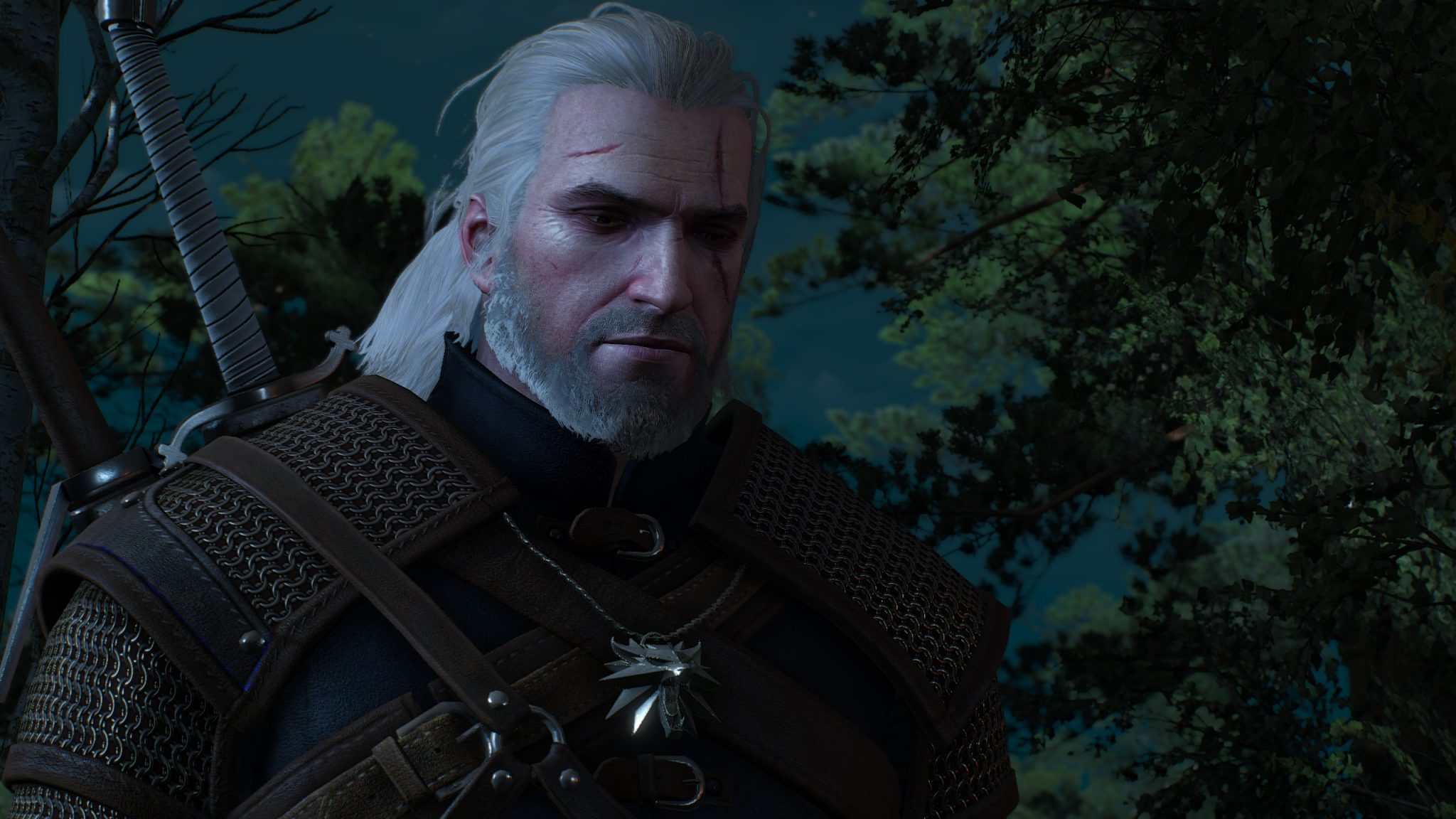 The software modes are a little more nebulous, and there are so many on offer it’s hard to know which you should pay attention to the most. Blue light reduction? Black eQualizer? Vibrance? Which of the half-dozen game modes should I use? These questions could be answered better by the literature or software, but eventually you should figure everything out and enjoy a very customisable setup.

The addition of the S Switch Arc (or the control puck, as we call it) means you can at least swap between different modes and settings quickly, instead of relying on the fiddly OSD buttons on the side of the screen (particularly as in our unit, the topmost button rarely worked, making changes a chore). That makes learning what everything does a little faster.

Unlike many gaming monitors these days, the XL2430 doesn’t come with an alternative to V-Sync like G-Sync or FreeSync. G-Sync tends to appear only on more expensive and higher resolution monitors, and so its lack of inclusion here isn’t too surprising. FreeSync would have been a nice addition though, given AMD’s relative strengths at the bottom end of the GPU market. Nividia’s FastSync works well though, assuming your card supports it and your PC is capable of high frame rates (100+) consistently.

The Zowie XL2430 is a super strong choice for competitive gamers, offering a high refresh rate, a colour-accurate panel and a ton of modes and settings to check out. If you don’t mind a smaller monitor (or indeed, want something highly portable for LAN parties), then the XL2430 is an awesome choice.

If you’d prefer something simpler, there are cheaper 24-inch 144Hz options on the market that might be worth investigating, most notably the FreeSync-capable ViewSonic XG2401. BenQ’s own XL2411Z and the Asus VG248QE are also worth a nose. If you want G-Sync, the AOC G2460PG is probably the monitor of choice… but if you’re getting a 144Hz monitor, then G-Sync is probably not the most important feature to have. 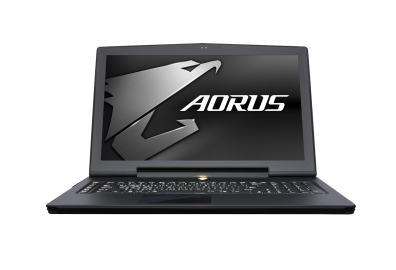 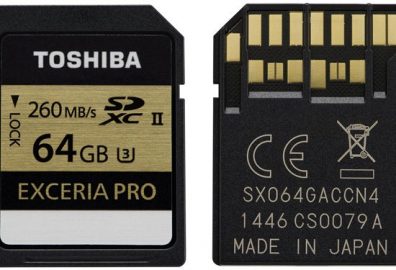 When it comes to picking up an SD card for your camera, action-camera or drone, there are a lot choices on...