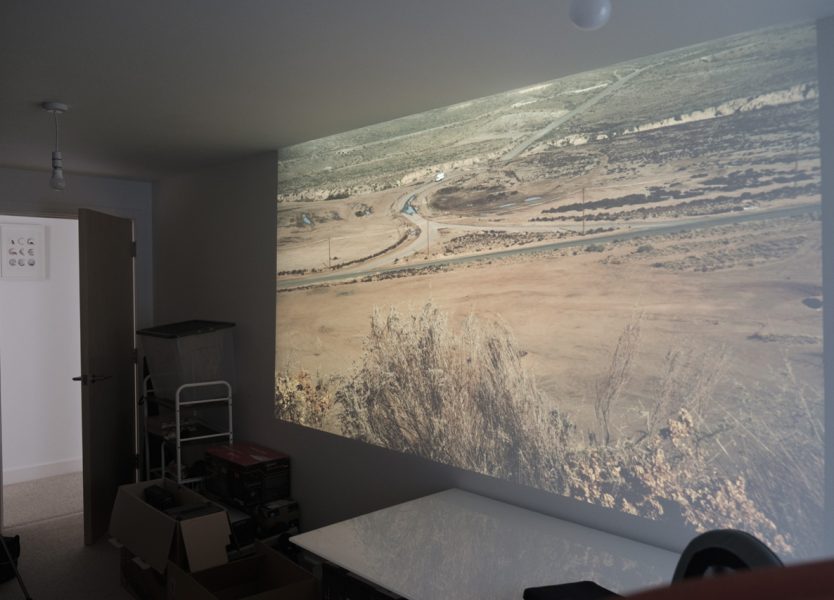 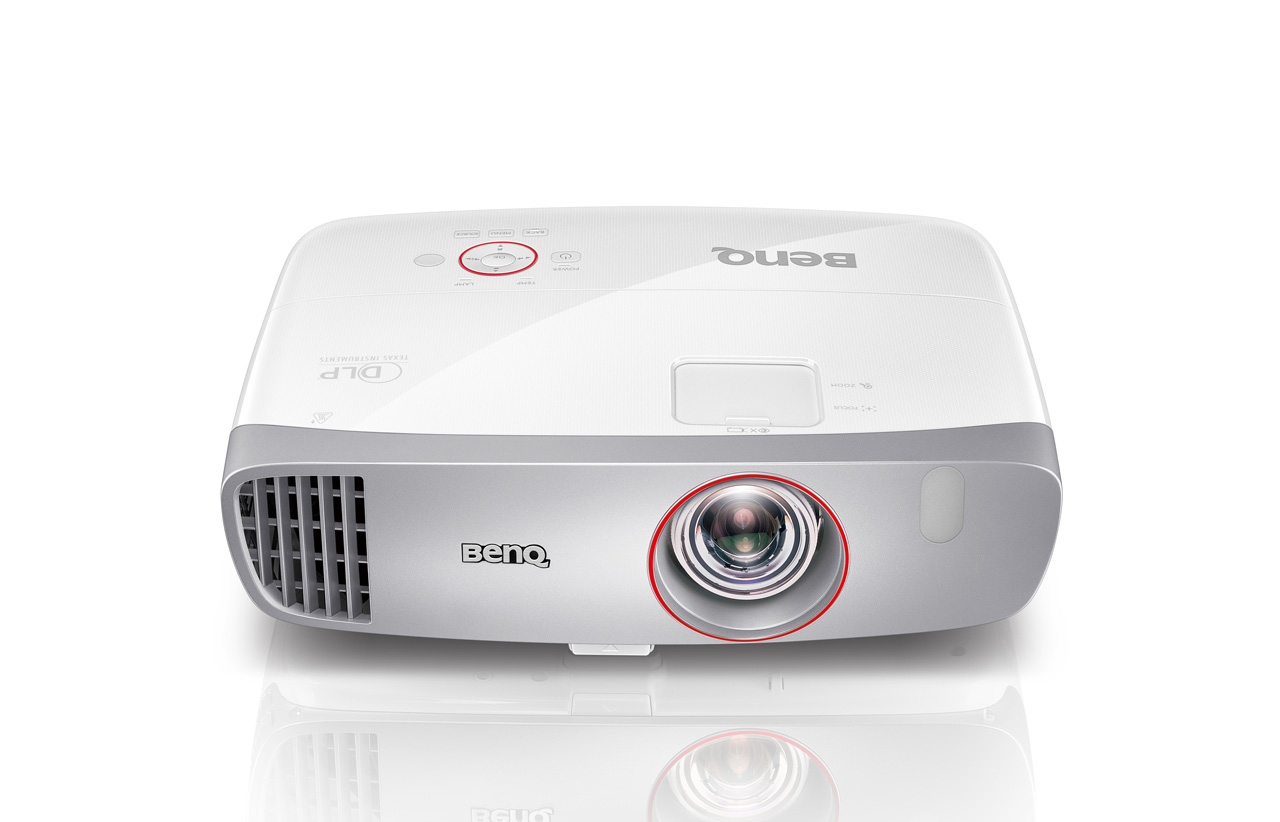 The BenQ W1210ST is a £900 projector designed for gamers, boasting features that minimise input lag and boost contrast. This is also a short throw projector, meaning it can produce a sizeable image at a distance of only one or two metres. We’ve got a unit in to review (and a couple of PS4 games) courtesy of BenQ themselves, so let’s get cracking! 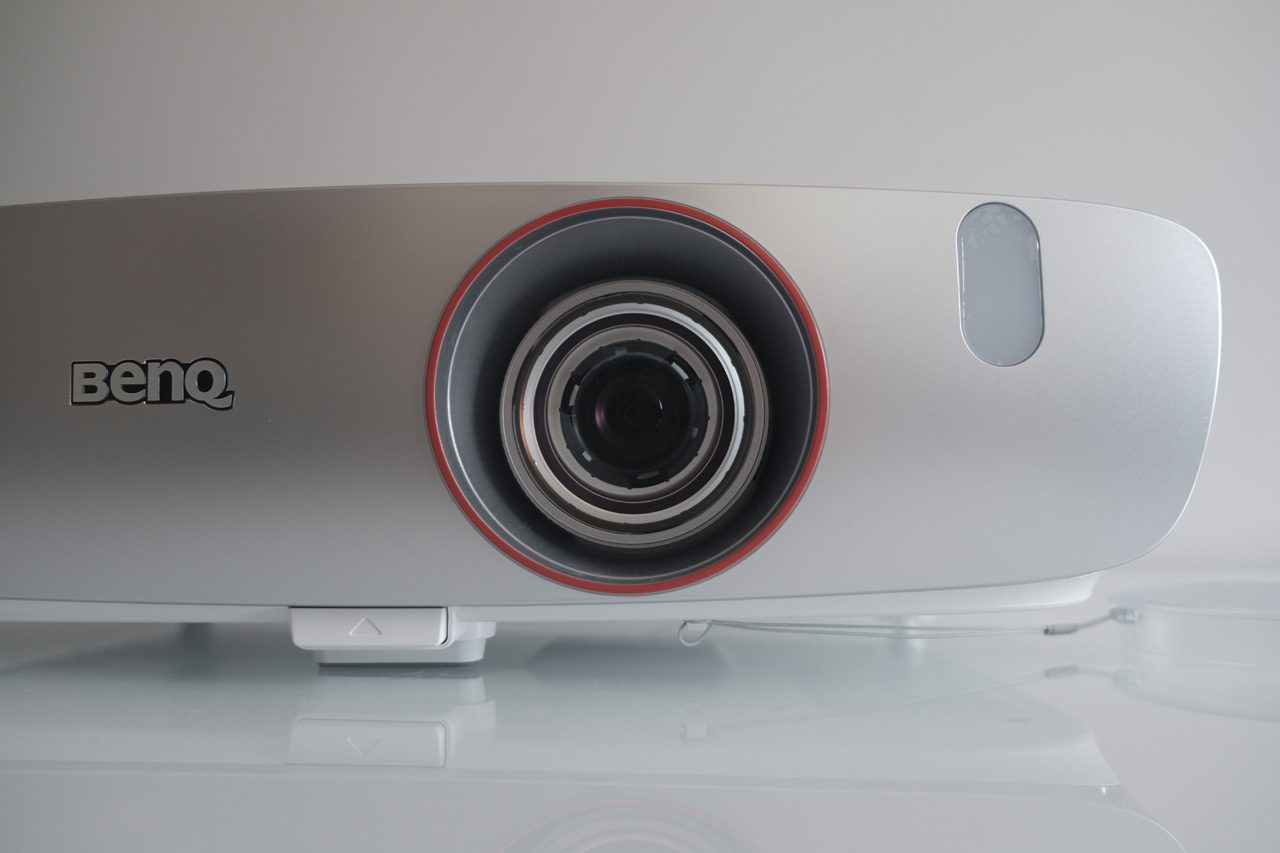 Out of the box, the W1210ST looks pretty similar to other digital projectors. There’s a big lens on the front, slightly off-centre, with a fan grille and BenQ logo beside. 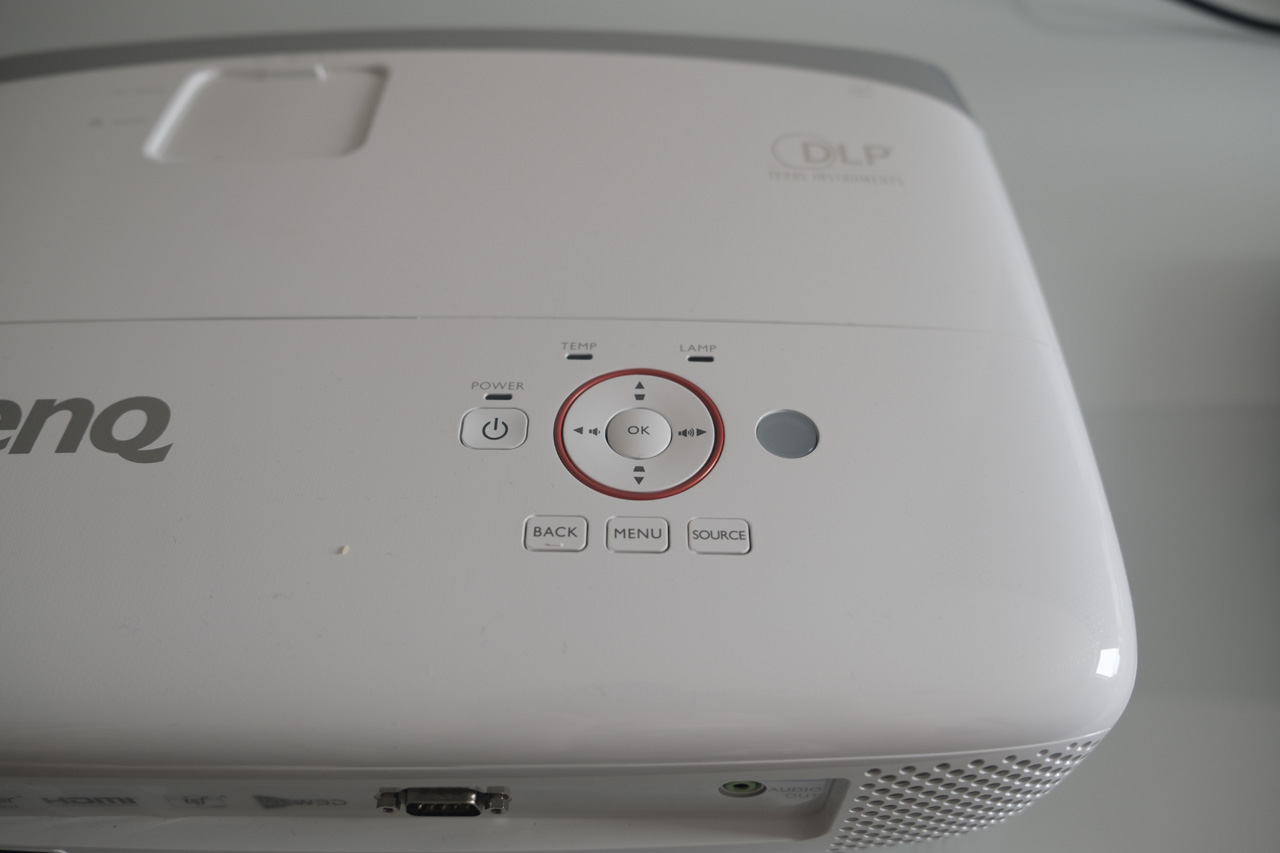 The top of the projector has a sliding cover that protects the zoom and focus wheels, plus the projector’s buttons. There are dedicated buttons for turning on the projector and changing the input; otherwise there is a four-way directional pad and menu, OK and back buttons. 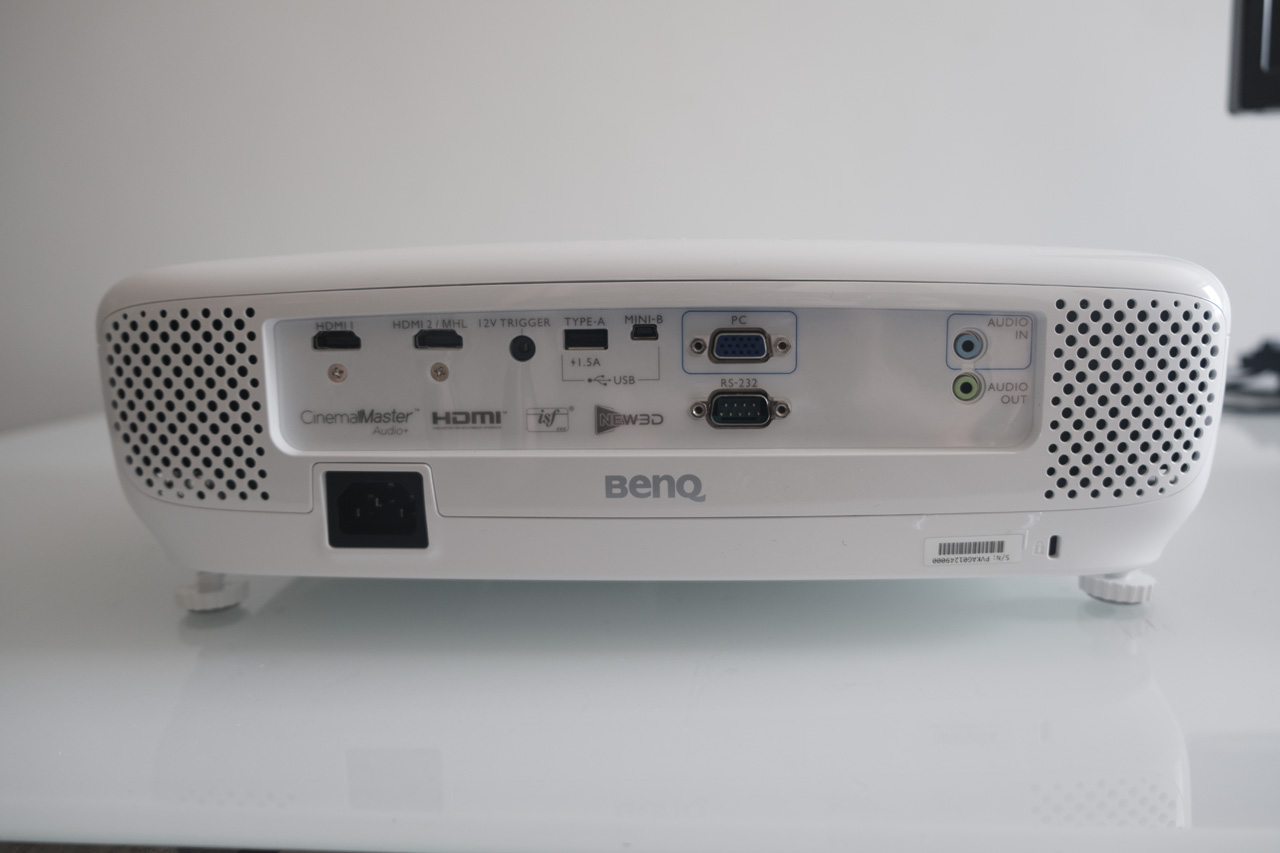 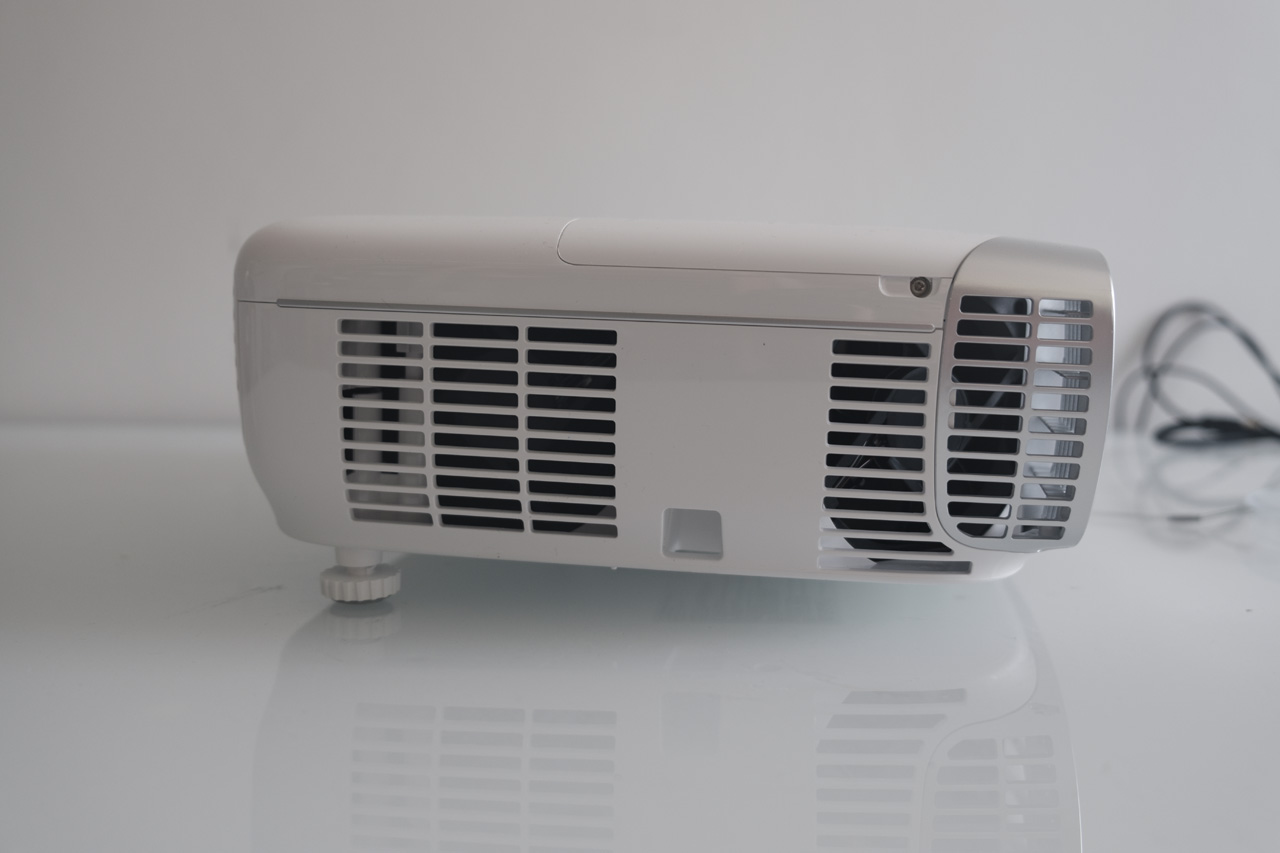 The W1210ST has two 10W speakers built in, which use the projector’s body to produce a larger sound than more naive designs. 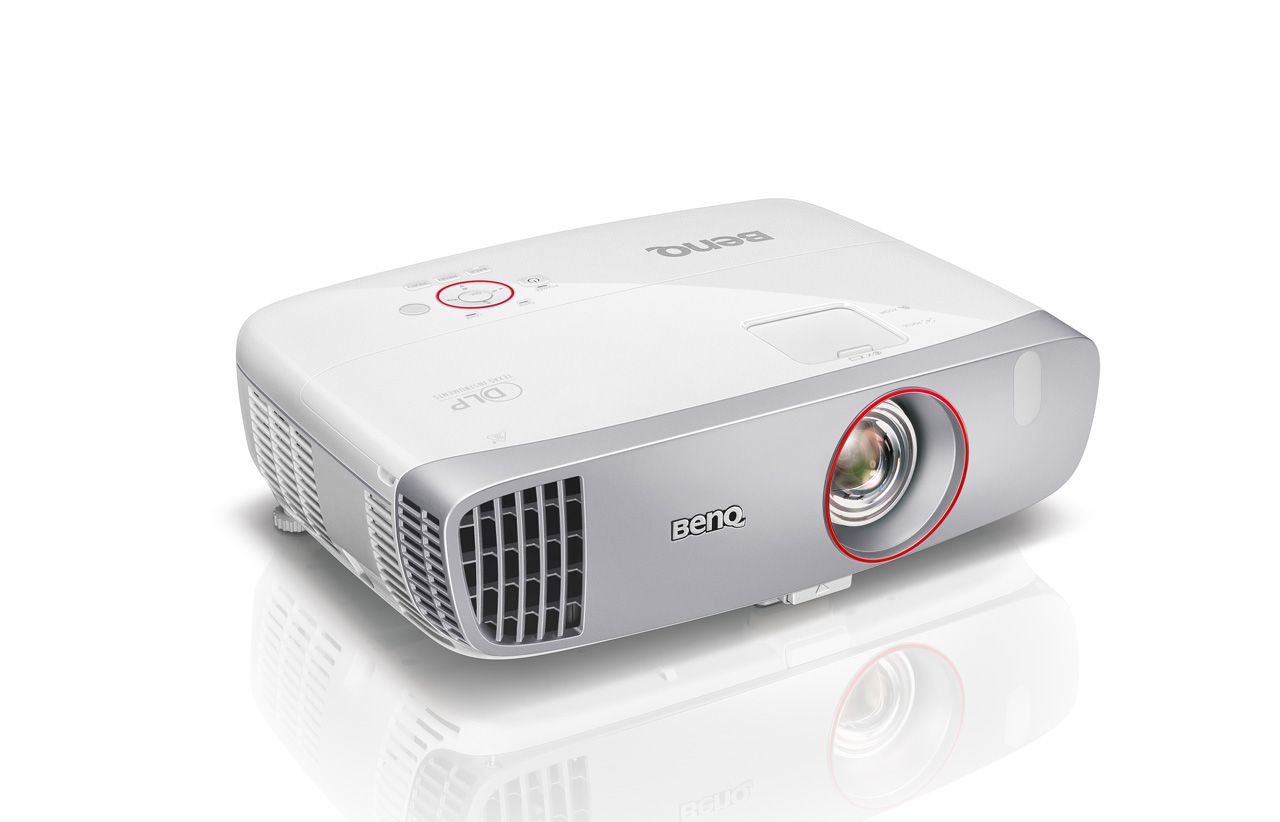 On the bottom of the projector, we’ve got two little screw-feet at the back, and one pinch-and-pull foot front and centre. These allow the angle of the projector to be adjusted, allowing you to compensate for an uneven mount, coffee table or pile of magazines. 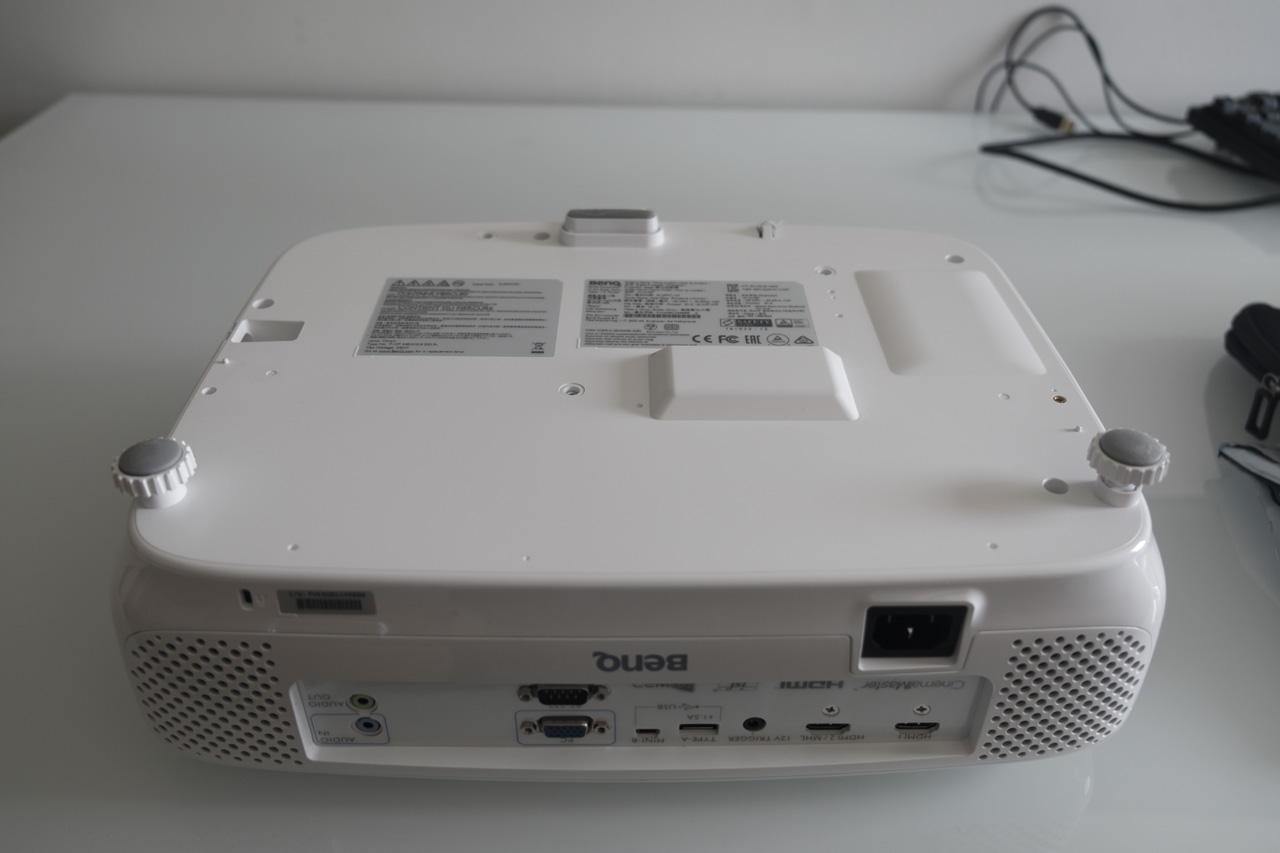 Finally, the remote is worth mentioning. It’s all pretty standard stuff, except it also has light-up buttons that make it easy to use in low light. Awesome! 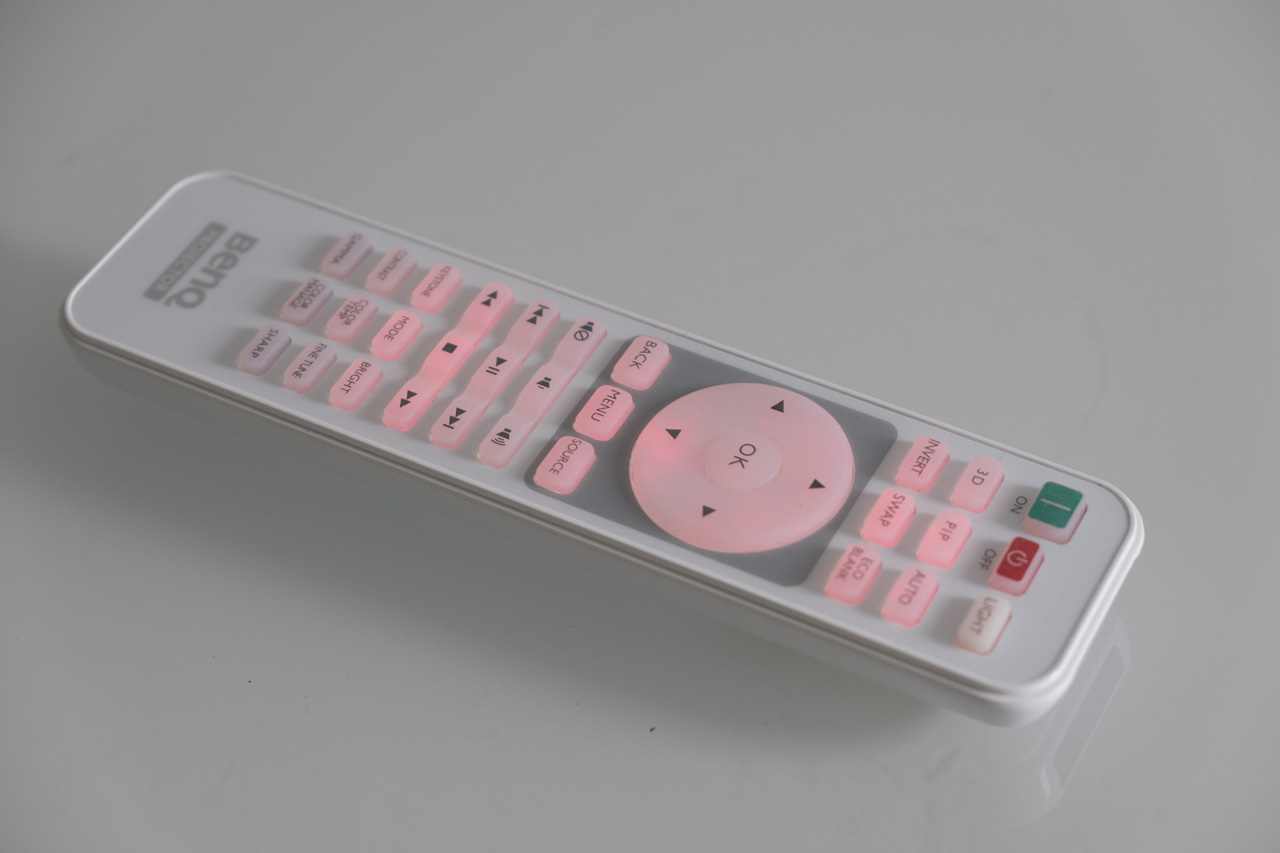 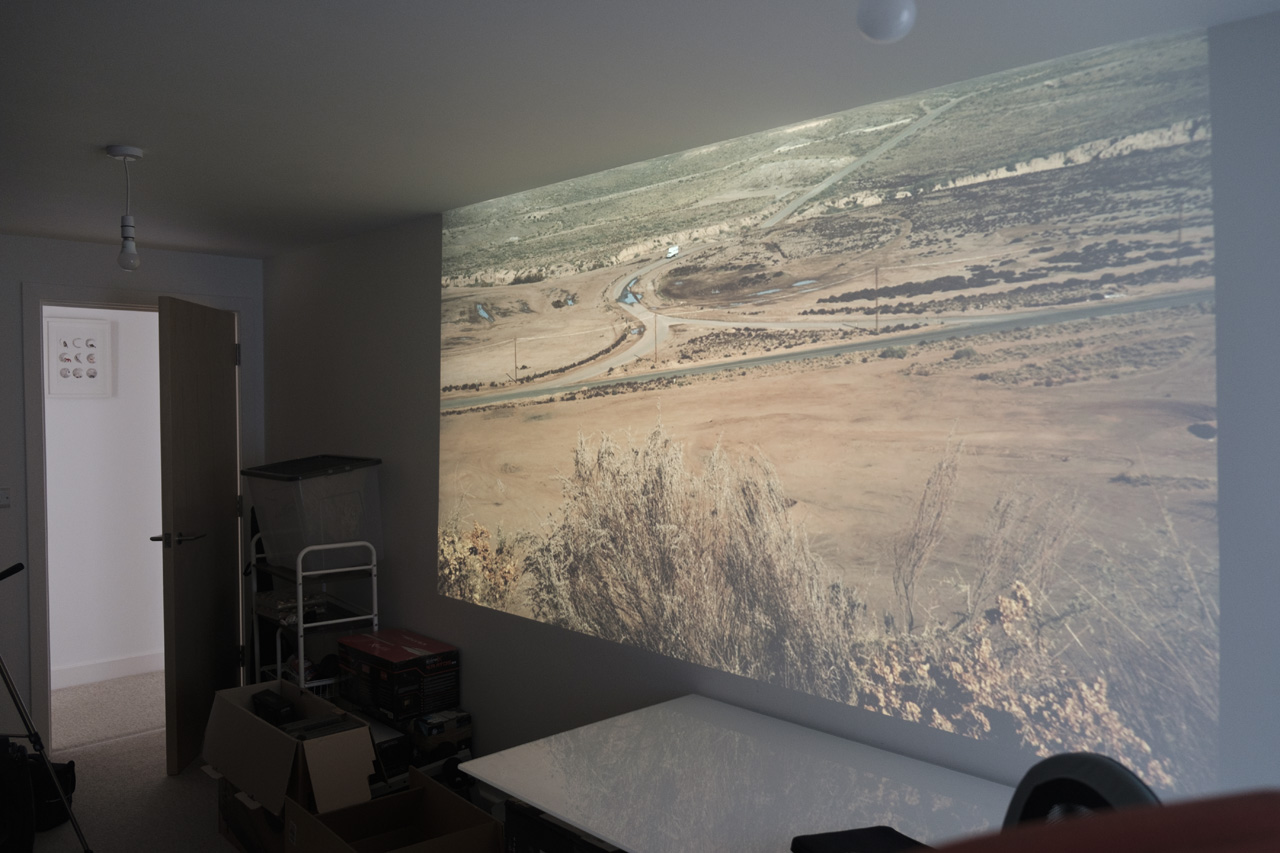 In order to give the projector a true test, we set it up in our AV room and used it for a period of two weeks. We spent time playing console games on the PlayStation 4, including Horizon: Zero Dawn and Nioh, plus some obligatory PC gaming in Counter-Strike, Fallout 4 and Project Cars. Finally, we also took in a few films and TV shows, including the new seasons of Fargo and Better Call Saul, Fresh off the Boat and Arrival. Here are our impressions!

Setting up the W1210ST was an interesting process. I’m used to projectors that need to be placed high up in order to fill a wall, but out of the box this projector was different. It shines its light up at an angle, so you can keep it on a coffee table and still reach the ceiling without a challenge. Our first placement, about six feet up, resulted in the projector casting to the ceiling! 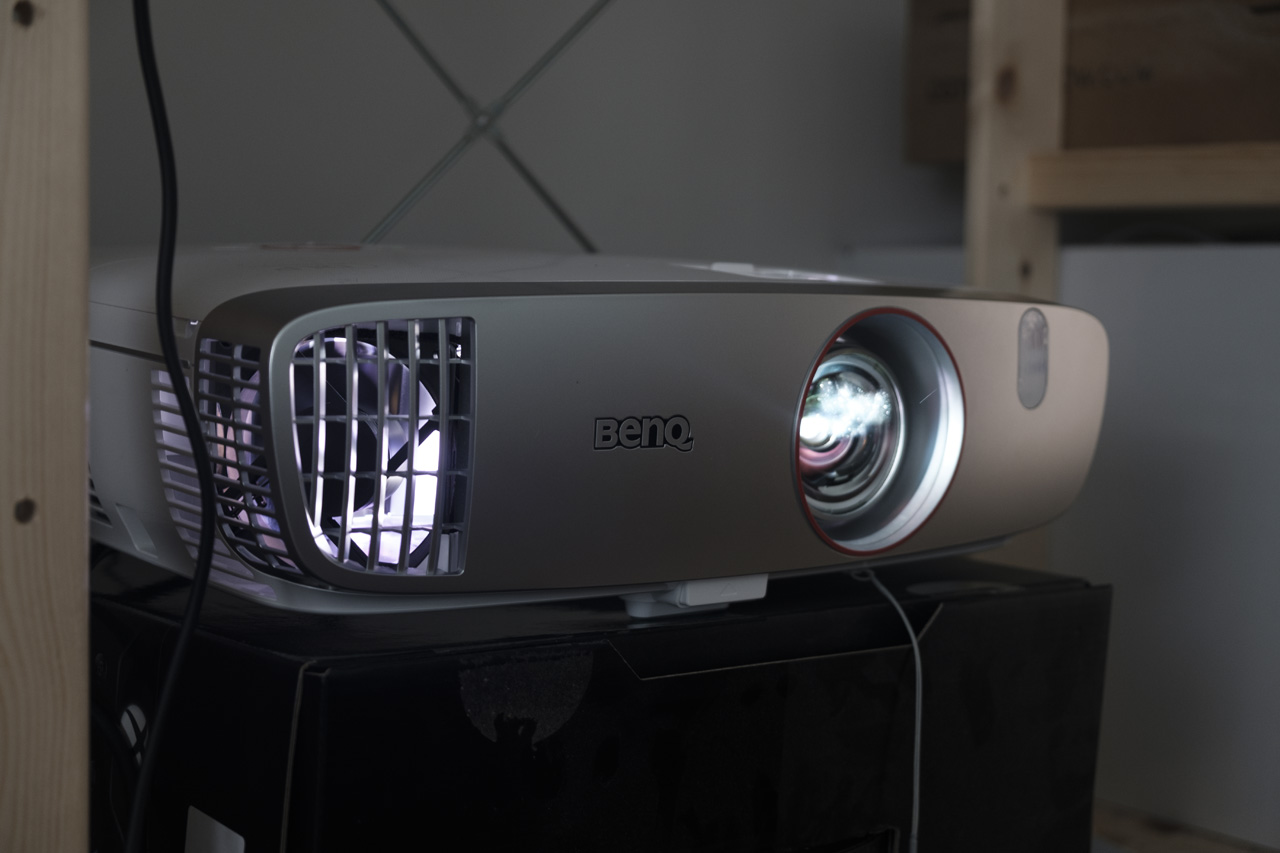 After we found a correct position, everything became much easier. The projector will automatically adjust itself to minimise distortion, and it’s just a case of adjusting its front and rear legs until your projected image is level. However, it would have been nicer to have some way to shift the image vertically one way or another rather than depending on the projector’s little legs. 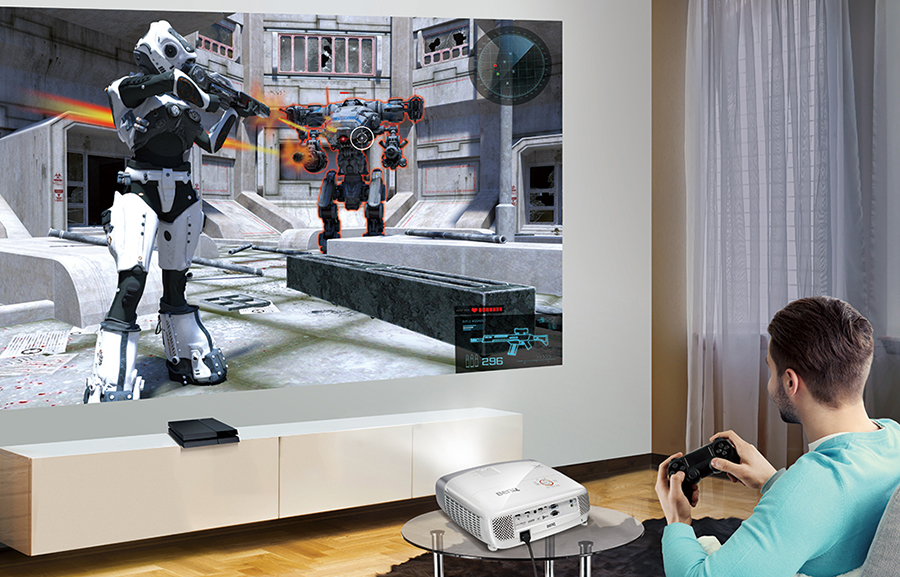 Look at this great Photoshop, though 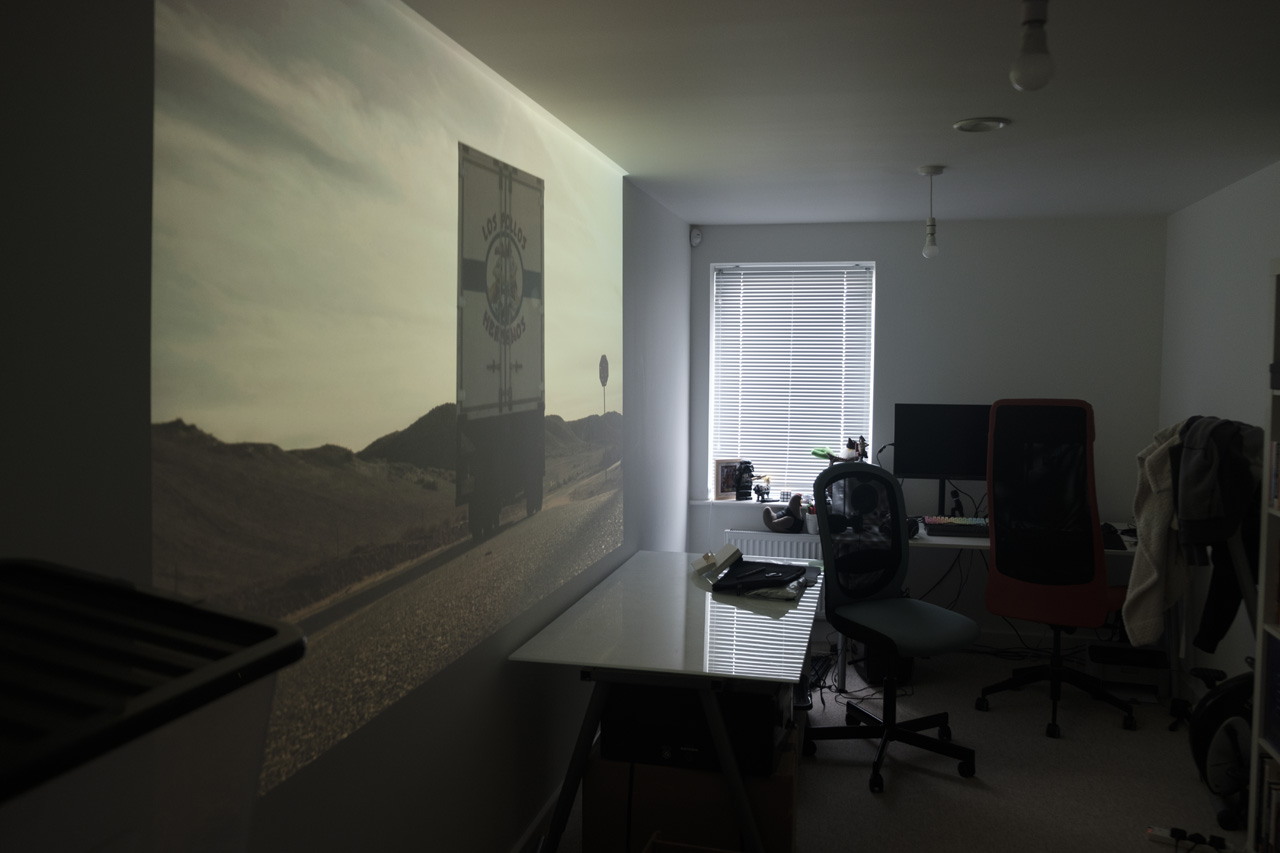 There are myriad input options available, so you’re free to choose whichever is the most convenient. We used HDMI to connect the console, a laptop and a gaming PC to the projector (although we only had two devices connected at any one time). It’s also possible to connect up a speaker system, but we used the projector’s built-in speakers or headphones. Finally, a 12V trigger port allows the projector to automatically unfurl a connected screen (not that we had access to such luxury!)

The on-screen-display settings are comprehensive, allowing you to compensate for coloured walls (with presets for blue, cream, etc.), adjust the colour cast, switch between different modes (gaming, TV, etc.) and so on. There is an entry for adjusting the keystone setting, but this was grayed out in all of the modes I tried, which was odd. 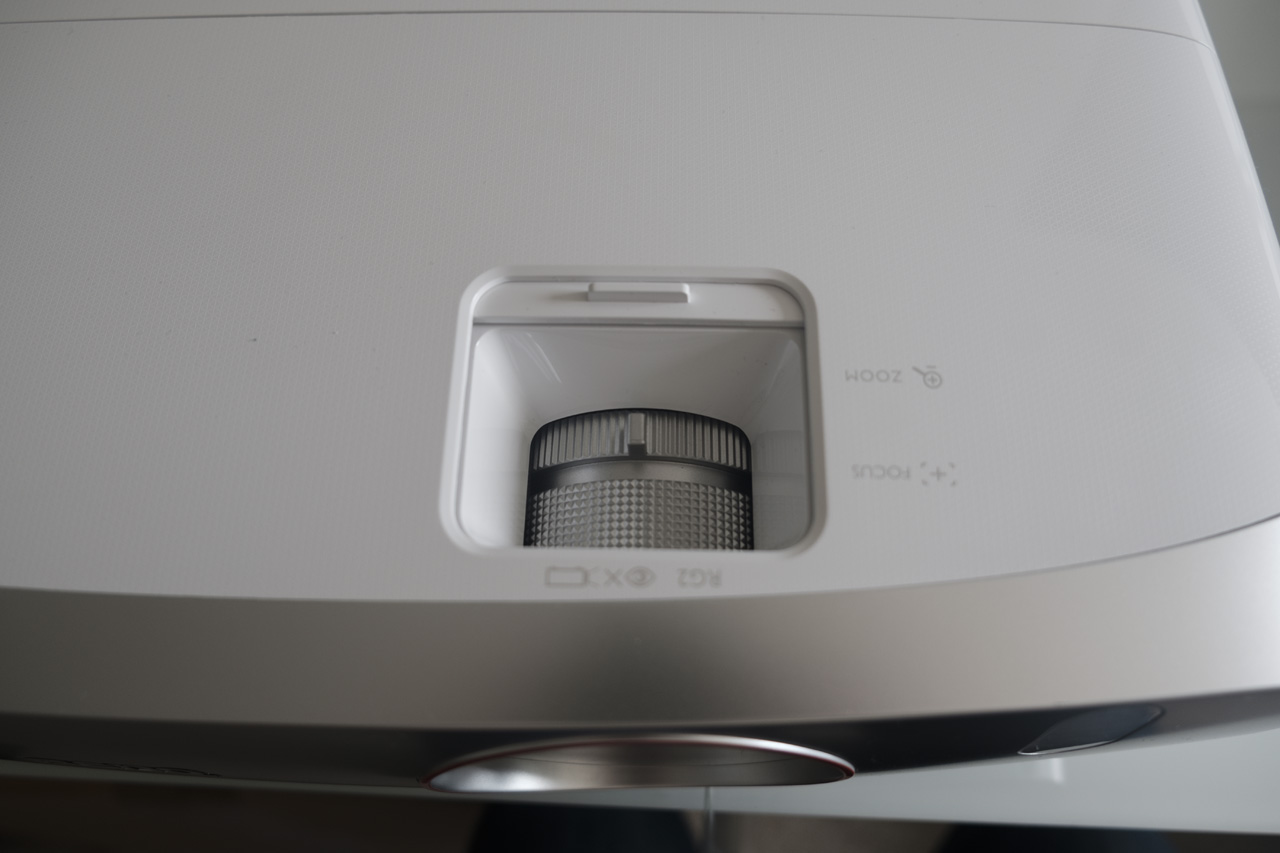 Apart from the OSD, there are two dials on the projector itself. The first allows you to move the bulb forward or back to adjust the size of the projected image to match the space you are in, while the second adjusts the focus. All pretty standard stuff, but still nicely implemented with a tactile feel that allows eye-free operation.

Overall, the W1210ST was easy to set up and provided enough options to suit all of our intended uses. Now let’s move onto the results of our testing, starting with console gaming, moving onto PC gaming and ending with TV and film viewing! 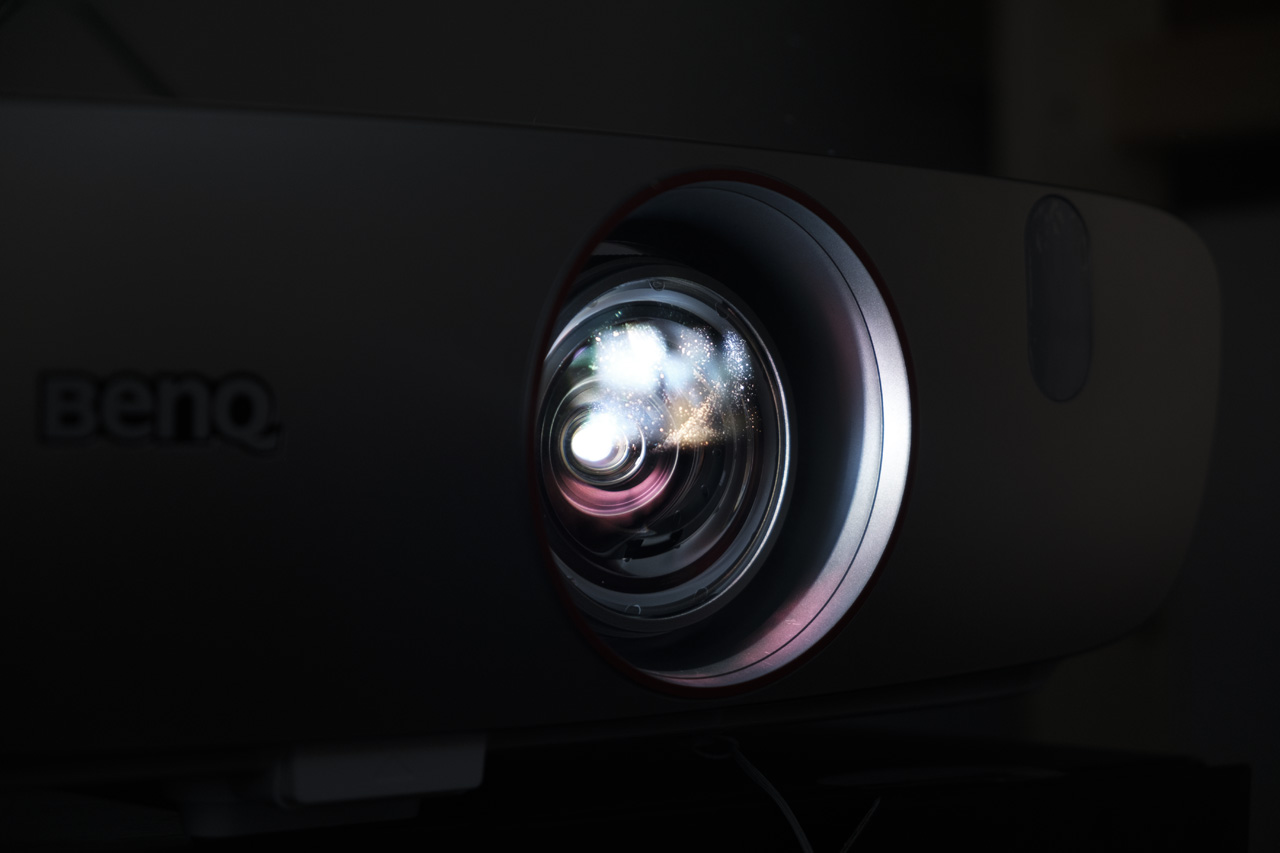 BenQ made the W1210ST specifically for console gaming, so it’s only fair that we start there first. We used the projector’s Game mode for the bulk of our testing, which boosts contrast a bit to ensure full visibility. There’s a further ‘Game Bright Mode’ which allows visibility even in brighter rooms — sometimes, you just can’t block out the sun.

Horizon: Zero Dawn is a gorgeous game on almost any display, but its expansive landscapes certainly pop on this projector at 115 inches. The game looked good, without being too saturated or unnatural, and the SmartEco mode did a good job of boosting contrast depending on the content on-screen. Disabling noise reduction helped here as well.

We also had the Fast Mode option enabled, which reduces input lag. That doesn’t really matter for games like Horizon, but it could make the difference in competitive play on fast-paced fighting games and the like. BenQ quote input lag of 10ms, which is less than a single frame when rendering at 60Hz, and on par with the best gaming monitors.

There is also the option to boost contrast in dark areas (similar to the Black eQualizer function on BenQ monitors) which came in handy during the darker areas of Nioh — like Dark Souls, this game doesn’t want to make things too easy for you, but the W1210ST can help! 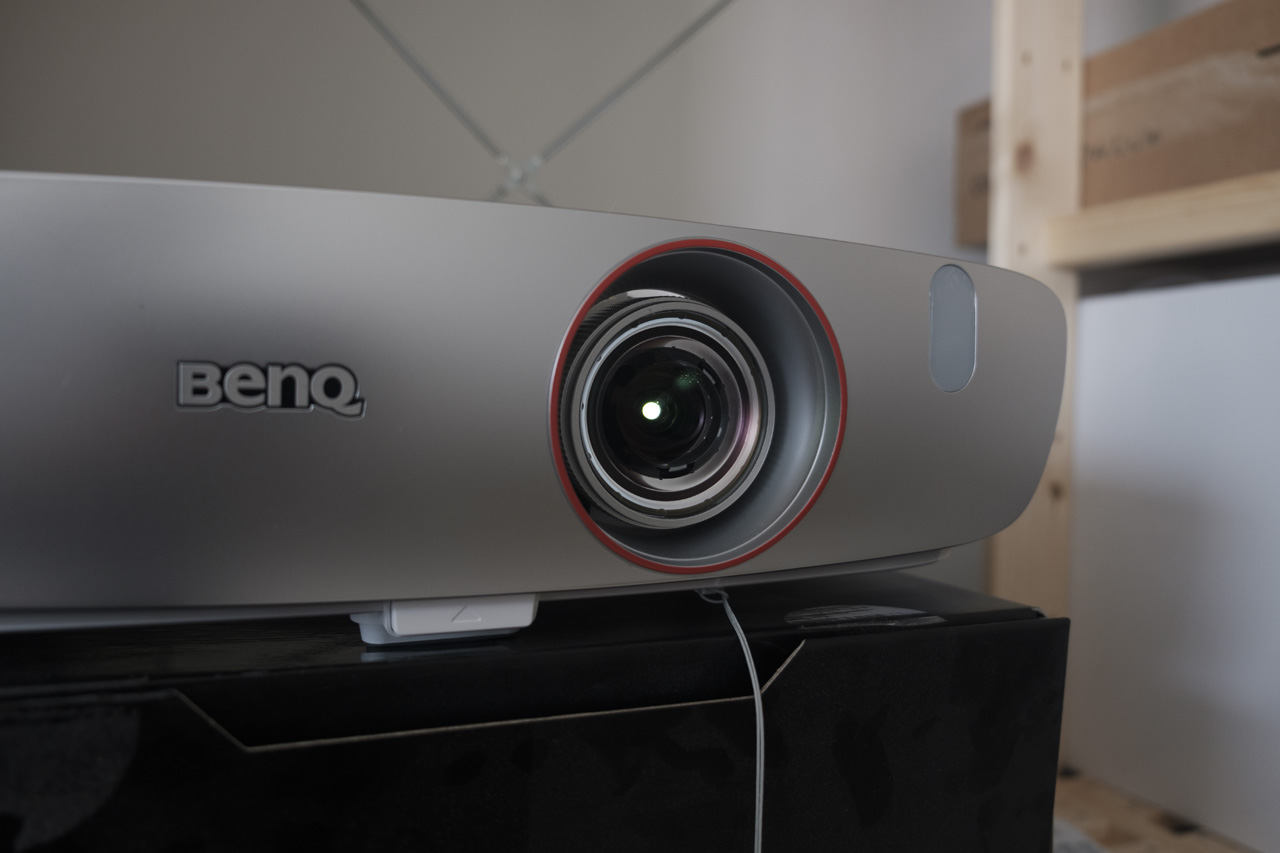 PC gaming using a projector isn’t the easiest task, but this is XSReviews — we can’t not try it! We played some Forza Horizon 3 and a bit of Counter-Strike. The lush countryside of Australia was a perfect fit for the projector’s bright colours and strong contrast, even when playing in the glorious British sunshine* (actual conditions: mostly cloudy).

Counter-Strike was a more challenging affair; as nice as this projector is, moving from 240 or 144Hz to 60Hz is a challenge. Still, the extra low-light visibility and relatively low input lag allowed by the W1210ST made this much