Console gamers often use HDTVs for their games, but a smaller and less expensive monitor like BenQ’s RL2755HM seems like a strong alternative. BenQ are promising plenty of console gaming extras you won’t often find on TVs or other gaming monitors: features like places to store your headphones and controllers, screen modes optimised for different genres, and dual HDMI inputs that can be used simultaneously for side-by-side gaming or lag-free mirroring to an HDTV for people to watch you play.

In this review, we’ll see how well these added features work, and whether the RL2755HM does enough to distinguish itself from the flood of 27-inch 1080p monitors on the market.

We tested the monitor as our primary option for gaming on PC and consoles. We also ran our usual benchmark suite using the Spyder4Elite, in order to provide some hard numbers on the monitor’s performance.

Given that the RL2755 is built for console gaming use, it makes sense to test it with a PlayStation 4 and Xbox One first. Of course you can just plug and play, but I wanted to see which of the preset modes were actually useful.

There are two RTS modes, but that genre is rare on the console, so we’ll set those aside from now. FPS is a genre well-represented, so I dialed in the setting and loaded up Killzone: Shadow Fall on the PS4. It looked… fairly reasonable; not too different than the default setting. Fighting was the next test, so I turned on that one and loaded up Killer Instinct on the Xbox One. This seemed to be quite reasonable, and it did make focusing on the characters a little bit easier. I don’t think these modes are must-haves, but it’s nice to have the option, alongside more standard modes like movie, photo, etc.

Input lag is another issue that plagues some monitors and TVs, and it’s enough to make faster-paced games unplayable in competitive settings. I tried some Call of Duty on the Xbox One, and was impressed with the monitor’s responsiveness. We have no kit to test input response, but other sites seem to rate the panel’s lag at about 10ms – very good compared to many monitors. Response time is also good; we’d recommend you keep Overdrive on its High default for barely-noticeable ghosting and fast 7.5ms response times.

I appreciated the dual HDMI connections – it was nice to keep both the Xbox and PlayStation plugged in simultaneously, or have one console and one PC. The other dual HDMI options are pretty cool too; you can plug in two consoles and have both show up on screen at once (so you can do split-screen for games that don’t have it, if you have two consoles and two copies of the game). You can also connect the monitor to another monitor, projector or TV via HDMI, then mirror your first input to the second display. This is pretty sweet for playing for an audience; you can have the RL2755 for your display, and connect a big TV or projector for your adoring fans.

The physical design of the monitor is also quite well-suited to console gaming. The PlayStation 4 and Xbox One controllers sit nicely on the wide base as advertised, and the flip down headphone hook was alright too (although I would have preferred a side-mounted option instead, to make getting the headphones a little easier).

One pain point was a traditional weakness of TN panels: poor viewing angles. You get a yellow tinge viewing from an off-angle. That wouldn’t be too bad by itself, but the monitor’s stand only offers vertical tilt, so you can’t always orient the display perfectly, making the poor viewing angles more noticeable.

The RL2755HM works OK as a PC monitor, as you’d expect – it connects in the usual way, provides a decent amount of relevant screen modes for different gaming genres, and you definitely won’t run into any problems here.

Having said this, there’s little reason to choose the RL2755HM if you’re primarily going to be using it for the PC; all of its best features are marketed towards consoles. Instead, you should look for a monitor with a higher resolution (2560 x 1440p) or frame rate (120 or 144Hz), as both upgrades will make for noticeably better gaming on a PC.

Now we’ll turn to our benchmarks, to get a better quantitative idea of the monitor’s strengths and weaknesses.

The Sypder4Elite test begins with a simple calibration, after which some basic stats are produced. We can see here that the monitor covers 72% of the NTSC standard, as promised by the listed specifications. 96% of sRGB and 75% of AdobeRGB means that this isn’t the best monitor for image or video editing, but then again it’s not meant to be. This is backed up by the high DeltaE values for white point and 50% gray; the white point DeltaE value is a full 8 points worse than BenQ’s best monitor (the BL3201PT).

Here we can see how brightness affects contrast on the monitor; at the usual 50% brightness we get a contrast ratio of 670:1. That’s a little lower than the 1000:1 ratio listed, but I’ve received some reports of inaccurate contrast readings from the Spyder4Elite so it’s not a massive concern.

There are quite a few different modes available on the RL2755, and it’s interesting to see how they affect the brightness and contrast features. The Fighting mode is particularly interesting, with a very low brightness compared to all other modes except ‘eco’. Contrast is between 600 and 750:1 for all presets, with the exception of the RTS modes.

You’ll likely need to click on this to enlarge it, but the main thing to see is that the colour uniformity is actually quite reasonable. The upper left is very slightly off (~2.3), but it’s a pretty good result for a £200 monitor.

Luminance uniformity is also great, with the biggest difference to maximum coming in at 19% for the upper right. 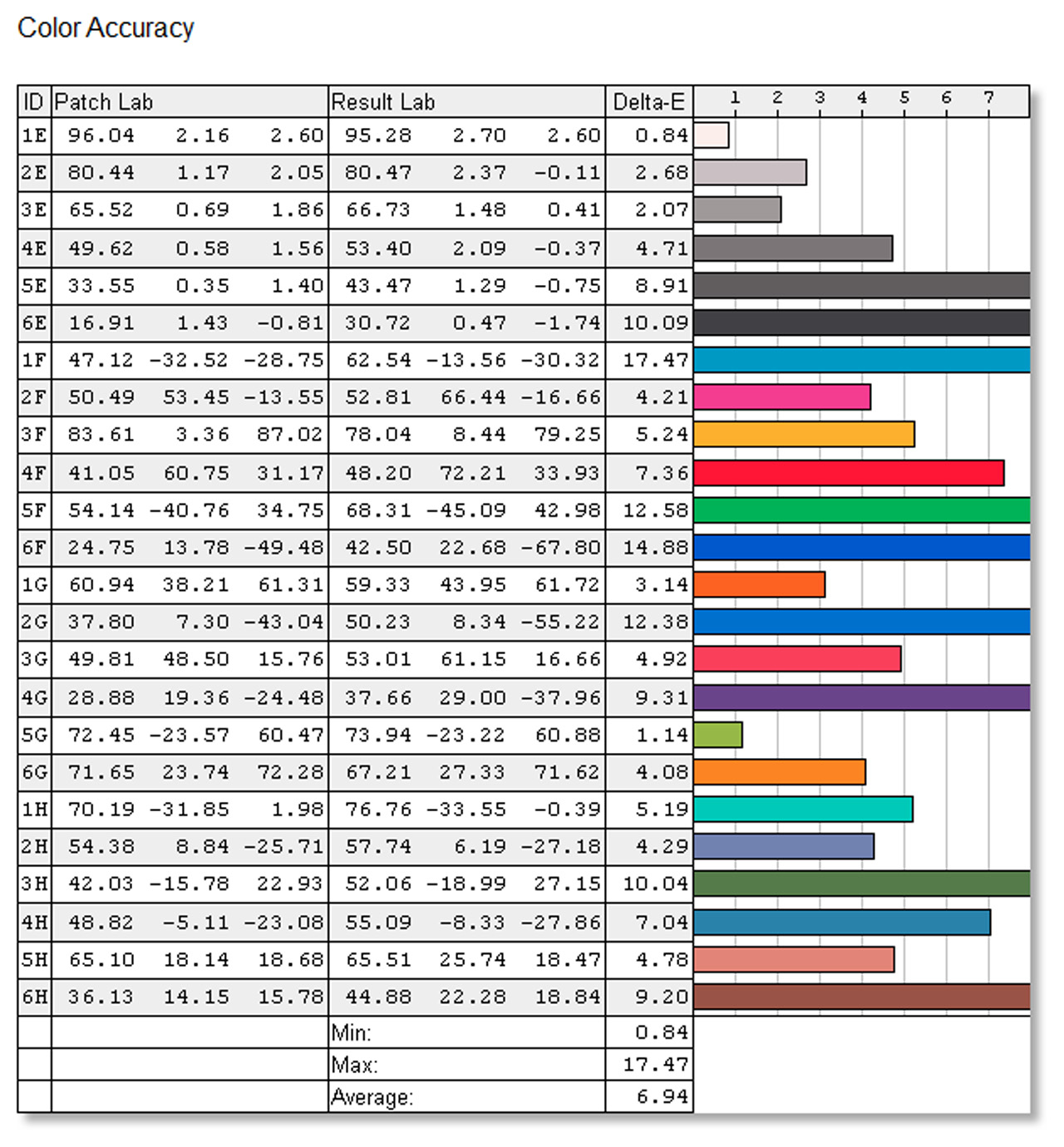 Colour accuracy is sadly lacking on this monitor, as expected given the TN panel used. DeltaE values average just under 7 points, with some colours being out by as many as 17 points. That’s a pretty awful result, even compared to other monitors at this price range, and underscores the monitor’s intended use in gaming rather than anything where colour accuracy is important. 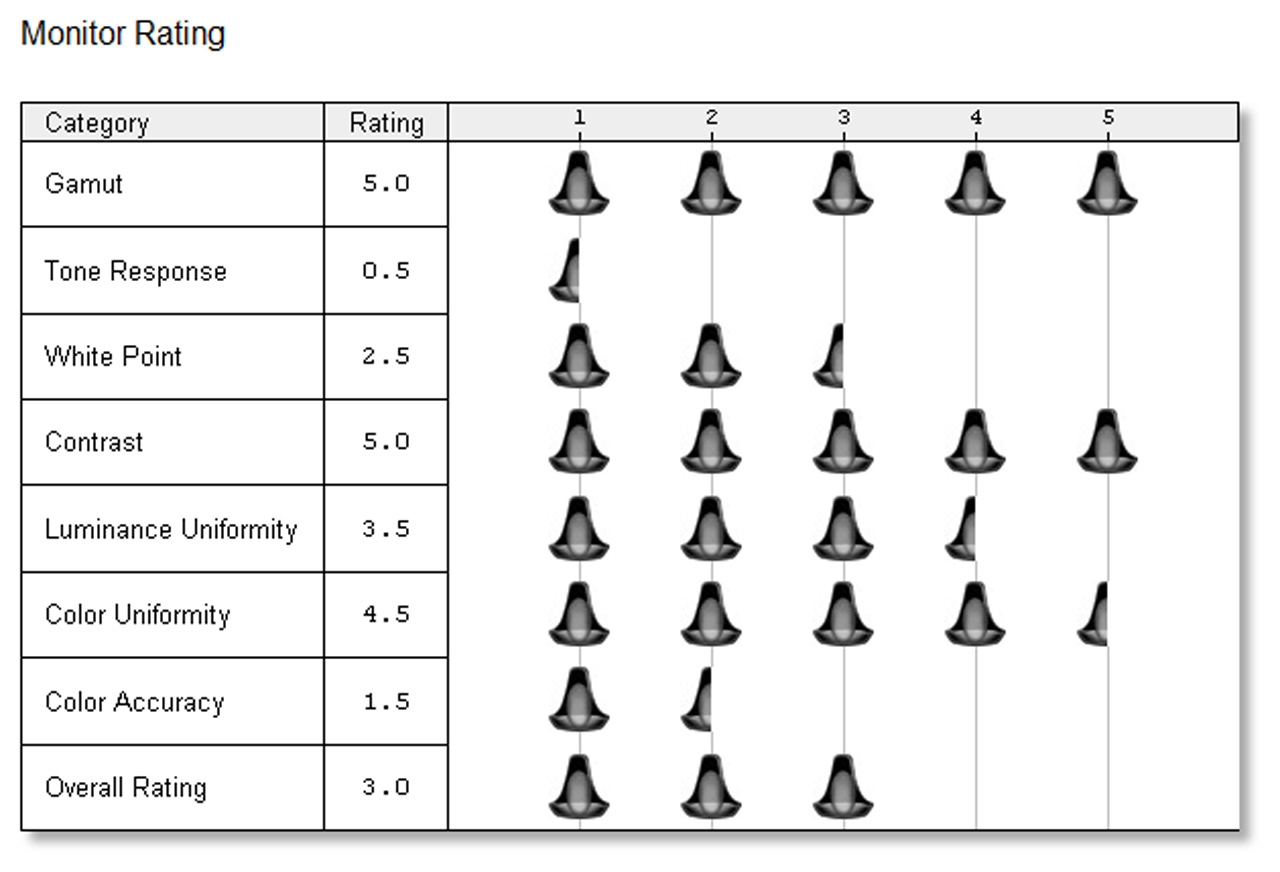 The rating system given by the Spyder4Elite isn’t that useful, but we’ll include it here anyway. I’d rate the monitor fairly highly for a TN display, with the caveat that colour accuracy is even worse than I’d expected.

The BenQ RL2755HM is a great monitor for console gamers, with a practical design and truly useful features. There are plenty of decent 27-inch 1080p monitors on the market, but the RL2755HM sets itself apart from the crowd. The RL2755HM makes a poor PC monitor thanks to poor colour accuracy, but that’s fine – this is for consoles. 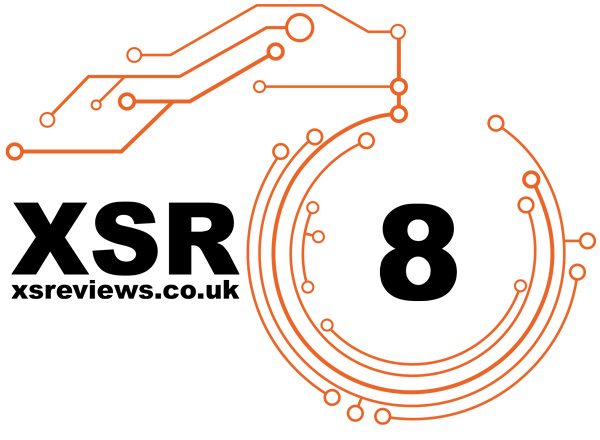 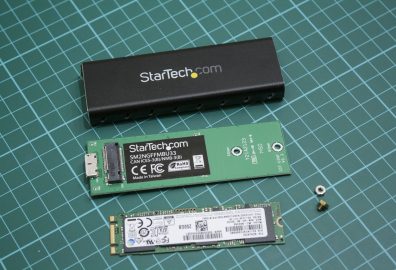 M.2 solid state drives are normally used in laptops, but they’re also small enough that you can also...