So what do you think I did to test these? I used them for a few hours. Standing at my PC, using my phone while out and about. And I listened to a wide variety of music through them, jotting down some notes and eventually coming to a conclusion on their quality.

Of course being a gamer, I had to give these a shot at being my current gaming headset. That means not only did it get to provide with my in-game audio, but it was also tested for Skype to Skype calls, since I’m a big fan of VOIP gaming.

For tests like this, I like to listen to a variety of different genres, to make sure that I cover all the frequencies. I thought the mids were definitely the strong suit of this headset, with nothing particularly stand out at the top or bottom end of the spectrum. Bass is actually quite impressive, but oddly, only at lower volumes. If you crank the volume up to over 75% you’ll start to hear a lot of distortion in the bass frequencies that make it practically un-listenable.

Of course you can’t make this headset that loud anyway, as it doesn’t have its own volume control. It gets loud, sure, but if you’re the kind of person that really, really likes to crank it, you’ll be dissapointed as the volume just won’t go there – and if you figure out a way to do it, the bass is going to crap out on you.

For average listening however, I’ll give it to the Flux, it’s got a nice audio quality, but it isn’t anything to shout about.

This was perhaps the biggest let down of the whole headset. I liked the idea of stealthing it in the cable itself, it keeps it out the way and it’s not intrusive at all. However that’s the problem, it’s so stealthed that talking at normal volume, people cannot hear you. I’ve even plugged it into my PC sound card and boosted the mic audio to try and make it passable, but I found with most conversations – and in louder games – I needed to hold the mic up to my face in order to make myself heard.

Messing around with the mic placement however, I found that if I pushed it up under the connector next to my ear, it was much louder and no more intrusive. Perhaps for future versions Steelseries could consider putting the mic right after the 3.3mm connector? It’s still not great, but it’s much louder and you can just about hear a person talking at normal volume.

Simply because of this mic issue, I can’t recommend this headset for VOIP or gaming purposes. It just doesn’t work.

Despite me being more of a fan of over the ear headphones, I thought the Flux was great. It was very comfortable throughout a few hours of usage and doesn’t compress your ears at all. Unfortunately one downside to it however, is that because it doesn’t hug your head or ears that tightly, if you ever lean forward it’ll fall off. This makes it impossible for a workout headset and means if you ever have to break into a run while you’re out and about, it’ll probably fall off.

It’s not a major issue, but it’s one worth noting.

I’m afraid I must report that to this reviewer, the Flux appears to be far more weighted in the style camp than any other. It has pretty good audio quality, but it doesn’t give you much volume head room – especially since the bass quite easily distorts when you get louder – and it really isn’t much of a stand out at any frequencies.

It’s comfortable, but can fall of your head easily and the mid is abysmally quiet, to the point of being almost unusable.

If you’re looking for a new small form factor gaming headset, look elsewhere. Hell pick any of the other Steelseries headsets we’ve reviewed. They all sound better than this one.

It’s worth mentioning too, that these cans will set you back around £130. They’re really, really not worth that much.

However, I will give it to the Flux in terms of its portability. I like the inclusion of a little bag and it’s very durable and folds up nicely, but that just isn’t enough to redeem it. 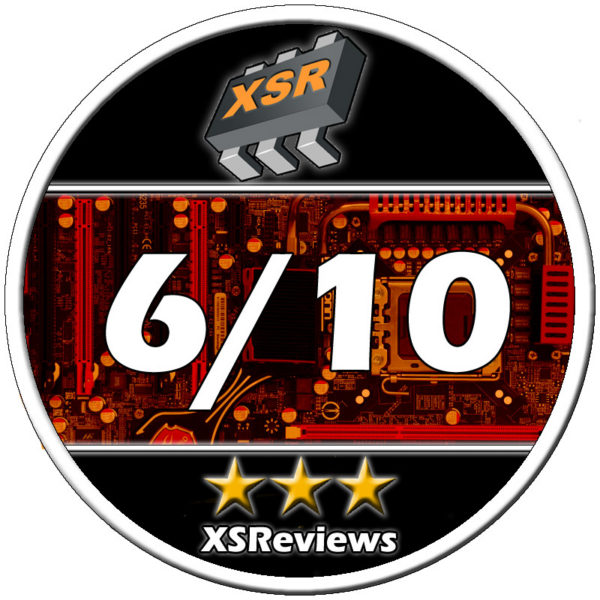 Product Features One of the most notable features of the Meduza mouse is the extent to which EpicGear have...