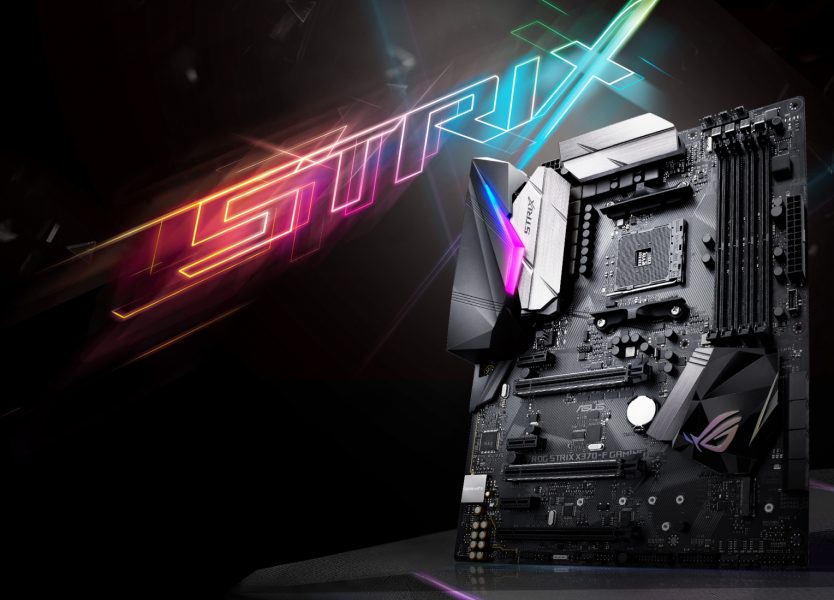 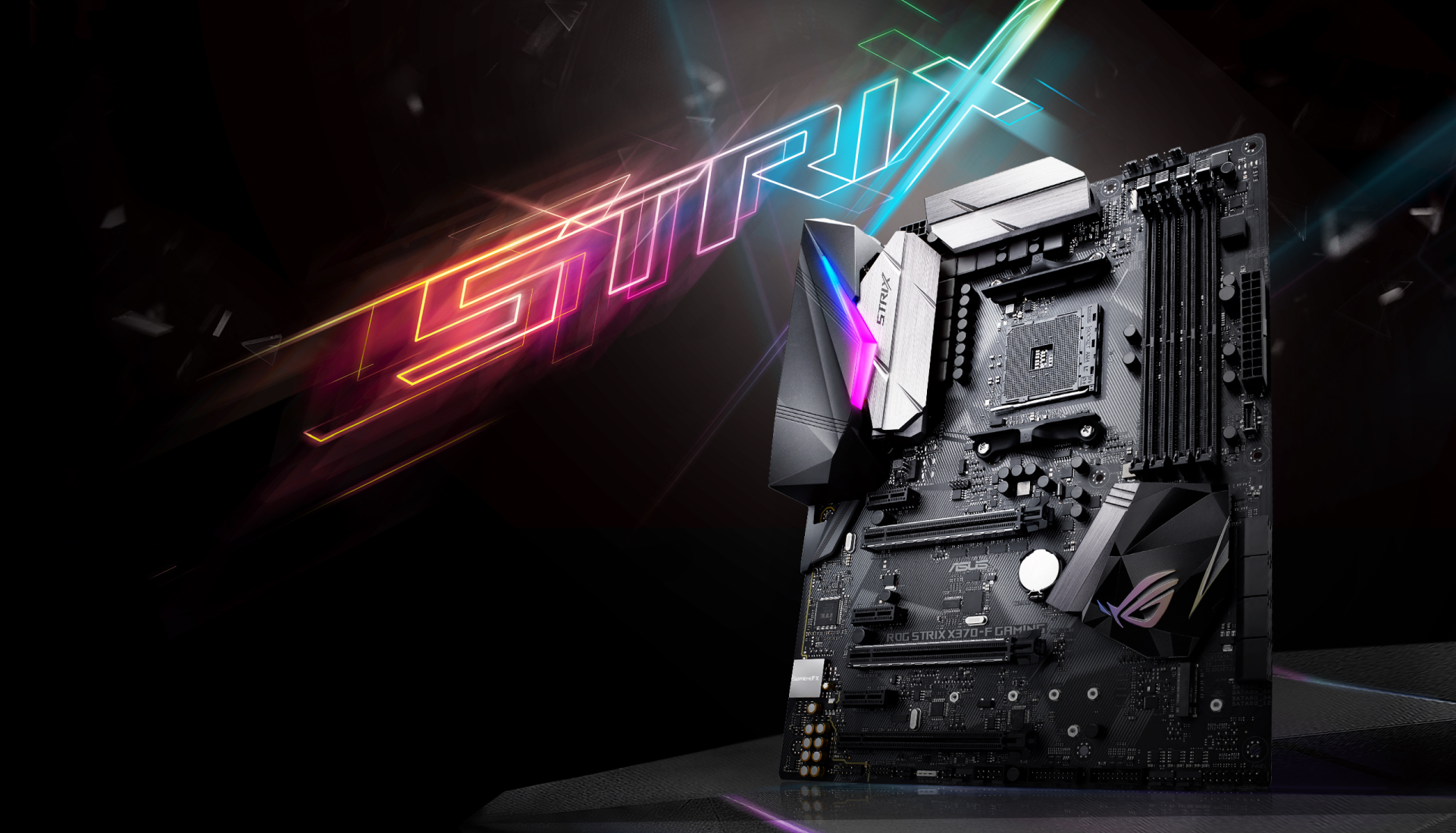 The ASUS ROG STRIX X370-F is a high-end AM4 motherboard, retailing for close to £200 ($200) and sitting only underneath the £260 Crosshair VI Hero in ASUS’ lineup. The ROG STRIX branding means we can expect some pretty high-end features added onto the X370 chipset, including on-board RGB lighting, SupremeFX audio and comprehensive support for overclocking and cooling. Here’s our full review of this in-vogue Ryzen motherboard.

See the full list of specifications on the ASUS ROG STRIX X370-F site.

The ROG STRIX X370-F is a full-size ATX motherboard, based on AMD’s X370 chipset with full support for Ryzen processors, up to four DIMM slots for DDR4-3200 RAM and an M.2 slot for PCIe / NVMe solid state drives.

The top of the I/O shroud has a strip of RGB lighting built in, and there are two connectors for 5050 LED strips as well; all can be controlled via AURA lighting control. There are also plenty of connectors for fans and liquid cooling; ASUS count  support for seven fan control sources and and seven 4 pin PWM fans. 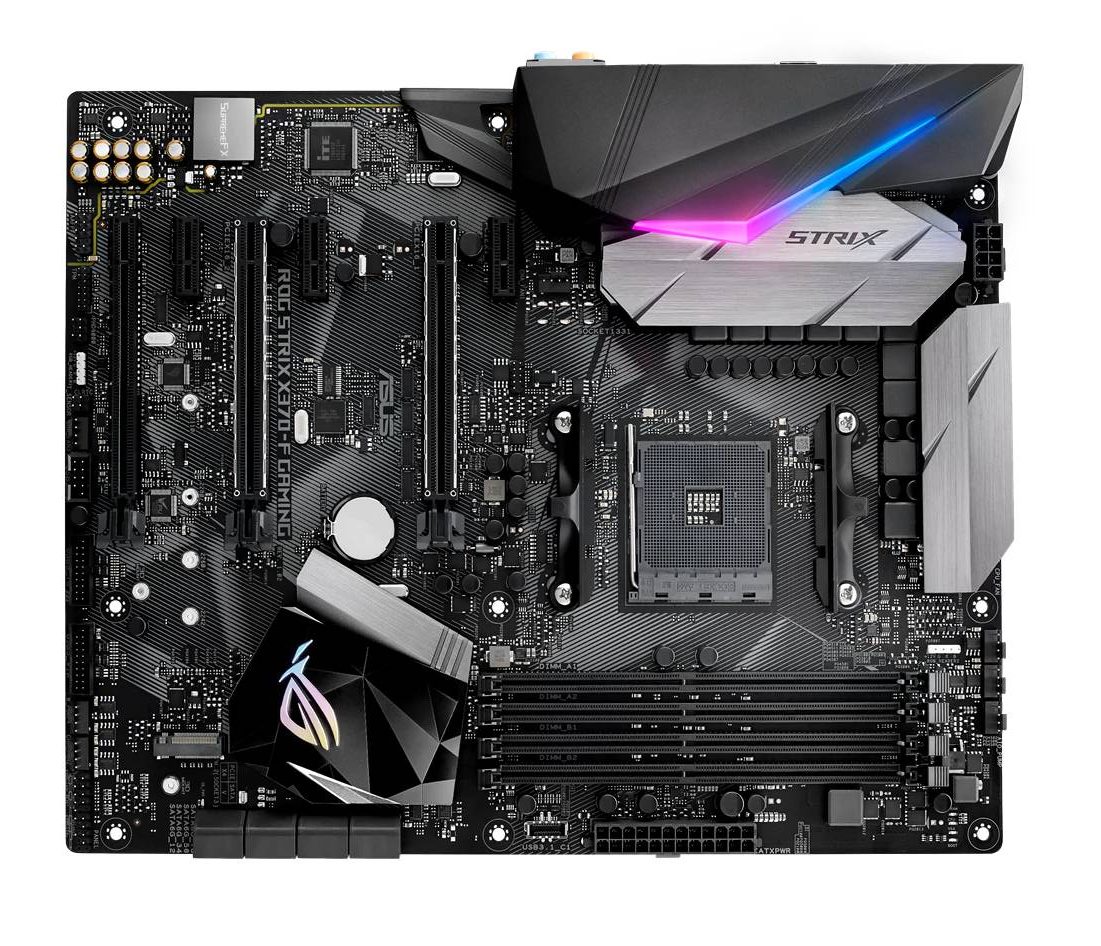 There are two PCIe 3.0 x16 slots, one PCIe 2.0 slot x16 and three of those tiny PCIe 2.0 x1 slots. You can just see the corner of the SupremeFX sound card on the bottom left corner of the photo below. 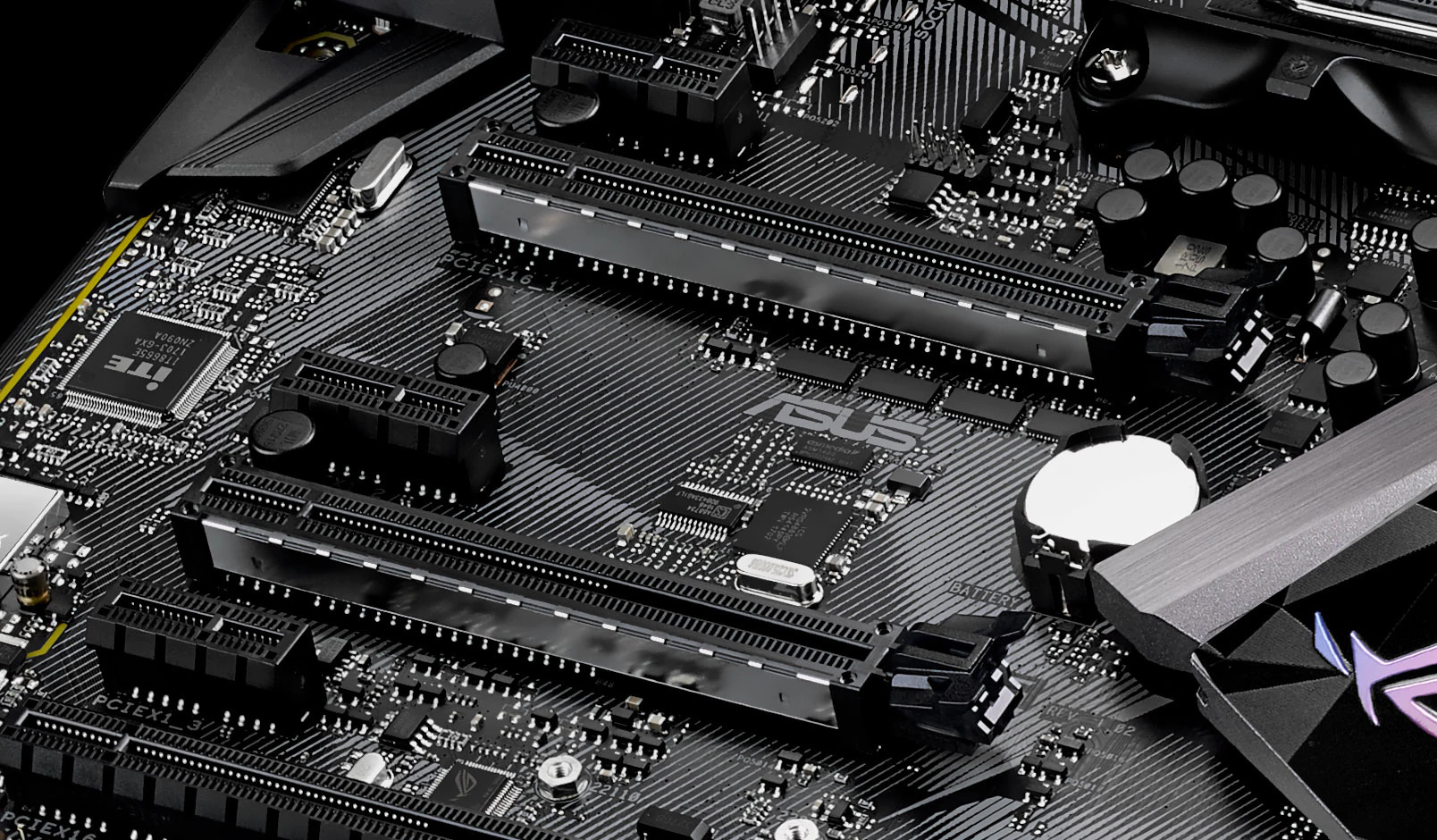 If we have a look at the back of the motherboard, we can see the ports on offer. From left to right we have two USB 2.0 ports, DisplayPort and HDMI ports, six USB 3.0 ports, USB 3.1 (Type-C and Type-A), Intel gigabit ethernet, an optical audio port and five 3.5mm audio ports.

Overall, it’s an attractive board, with more shiny features than you can shake a stick at. Now, let’s take a closer look at its features and capabilities in our testing.

We installed the ASUS ROG STRIX X370-F motherboard into a new XSR rig. Here are the other components of that system: 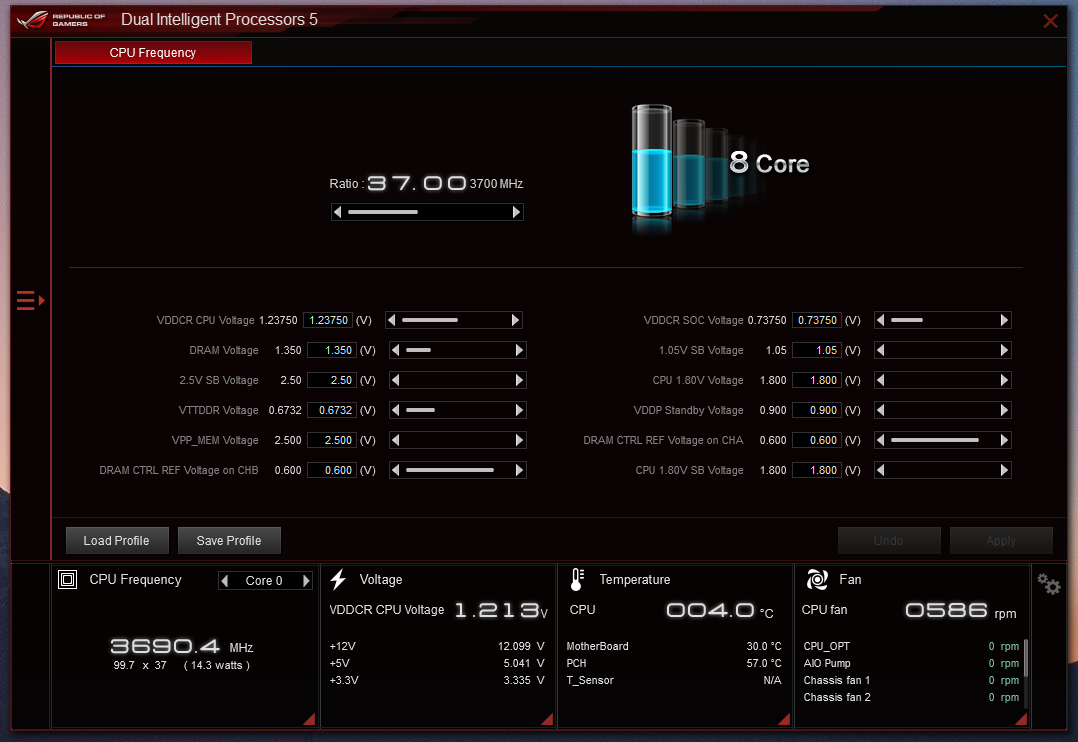 Interestingly, after we installed the most recent BIOS we started to get some unusual temperature readings — in the BIOS itself, in hwinfo64 and the ASUS Ai Suite. The idle temperature seemed to float at 0 degrees C, going up to 7 degrees C in higher ambient temperatures. Under load, the temperatures were just 11.2 degrees C.

Fairly obviously, these temperatures are much lower than we anticipated, and appear to be artificially low. Reports online suggest that users of the Ryzen 7 1700 processor and the similar Crosshair VI Hero motherboard experienced similar problems, which could be solved using the tweaking section of the motherboard BIOS (specifically, Sense MI Skew must be enabled and the offset set to 272). However, this section doesn’t appear in the bios for this motherboard, so we’re left without a solution (apart from manually adding 27.2 degrees C to each temperature reading).

We recorded temperatures of our rig both at idle and at load as part of our NZXT H440 case review, so we’ll reproduce them here:

In general, we found it easy to overclock the Ryzen 7 1700, using either the familiar ASUS BIOS interface or the Ai Suite 3 software in Windows. 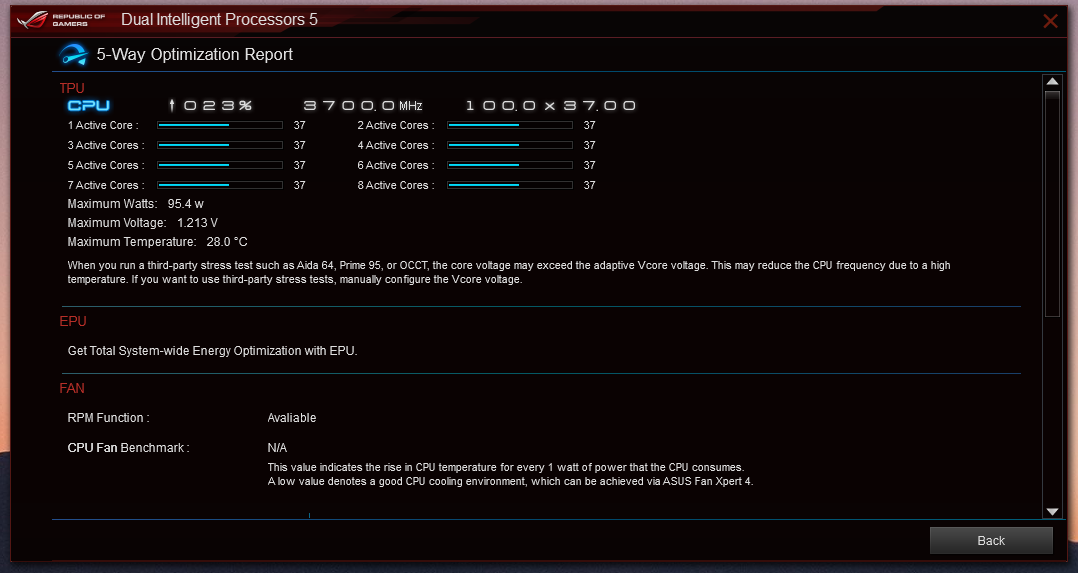 Using the automatic ‘5 Way Optimization’ overclocking function, we easily got a stable clock speed increase of 23% on the Ryzen 1700, bringing the base clock of 3.0GHz to 3.7GHz at 1.213 volts.

Memory also overclocked well, with our Corsair DDR4 memory easily reaching 3000MHz without further adjustments being necessary. Be sure you have RAM heatsinks installed though!

We didn’t have any 5050 RGB lights to test, so we’ll remark merely on the Aura Sync software experience and the on-board RGB lighting. While we appreciated having this lighting, isolating it to the top left corner makes it difficult to coordinate with other lighting strips; we’d have preferred something with a bit of length to it instead. 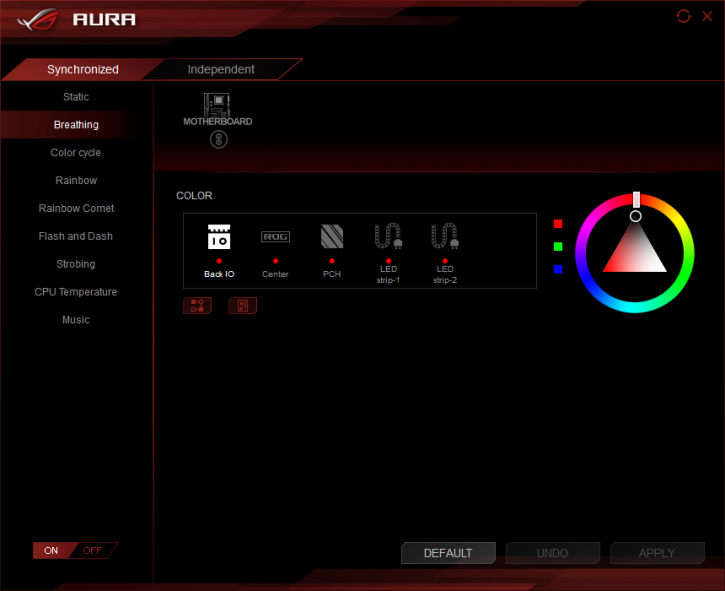 The Aura software was easy to use though, with several decent effects built in. Perhaps the most useful is to link your motherboard lighting to your temperature, so you can see how toasty things get without needing a second monitor. ASUS also seem to be trying to build out compatibility with other RGB thingie manufacturers, which increases the chances that all of your disparate RGB components can be controlled and synced in one place. 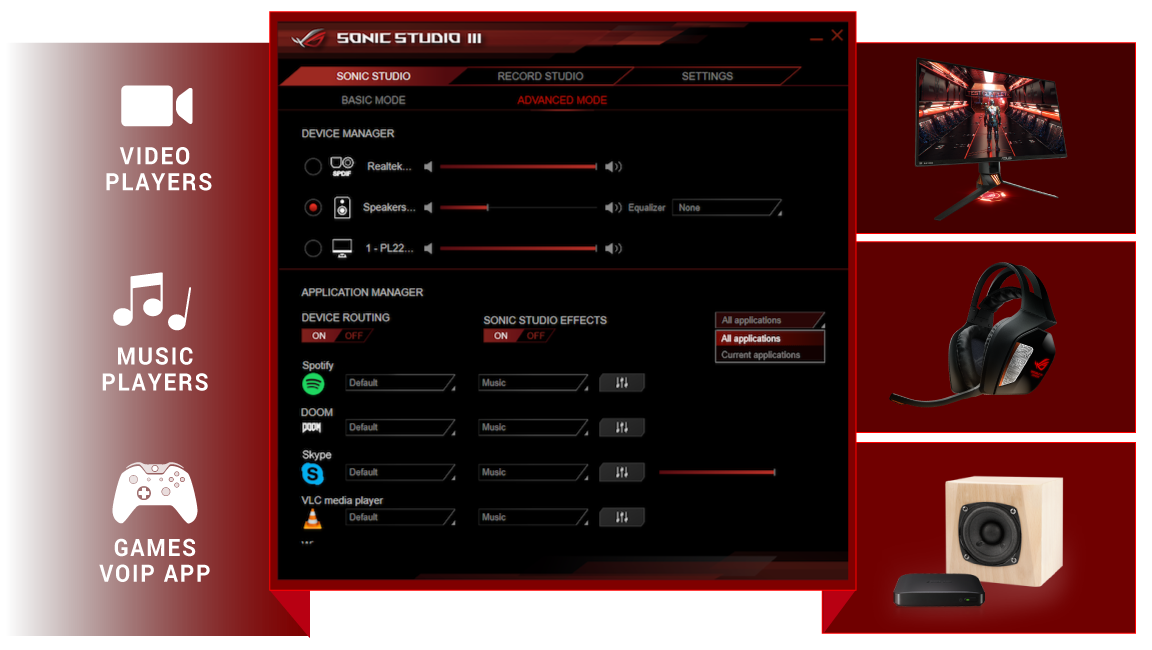 Sonic Studio is a surprisingly worthwhile application that comes bundled with the audio drivers with the X370-F ROG. The app allows you to direct specific apps to specific output devices, so you can route voice chat to your headphones and game audio to your speakers, for example. The other features can also be occasionally useful, such as the various noise reduction and echo cancellation effects for microphones, but generally these match the performance of the default Realtek modes accessible without Sonic Studio installed.

Sonic Radar is also situationally useful. For the hard of hearing, its inclusion is a godsend, allowing you to locate noise sources in 3D games with a few different overlays. In other situations, regular headphones are likely to offer better positional audio without covering up any valuable screen real estate. Still, it’s nice to have this feature as an option. 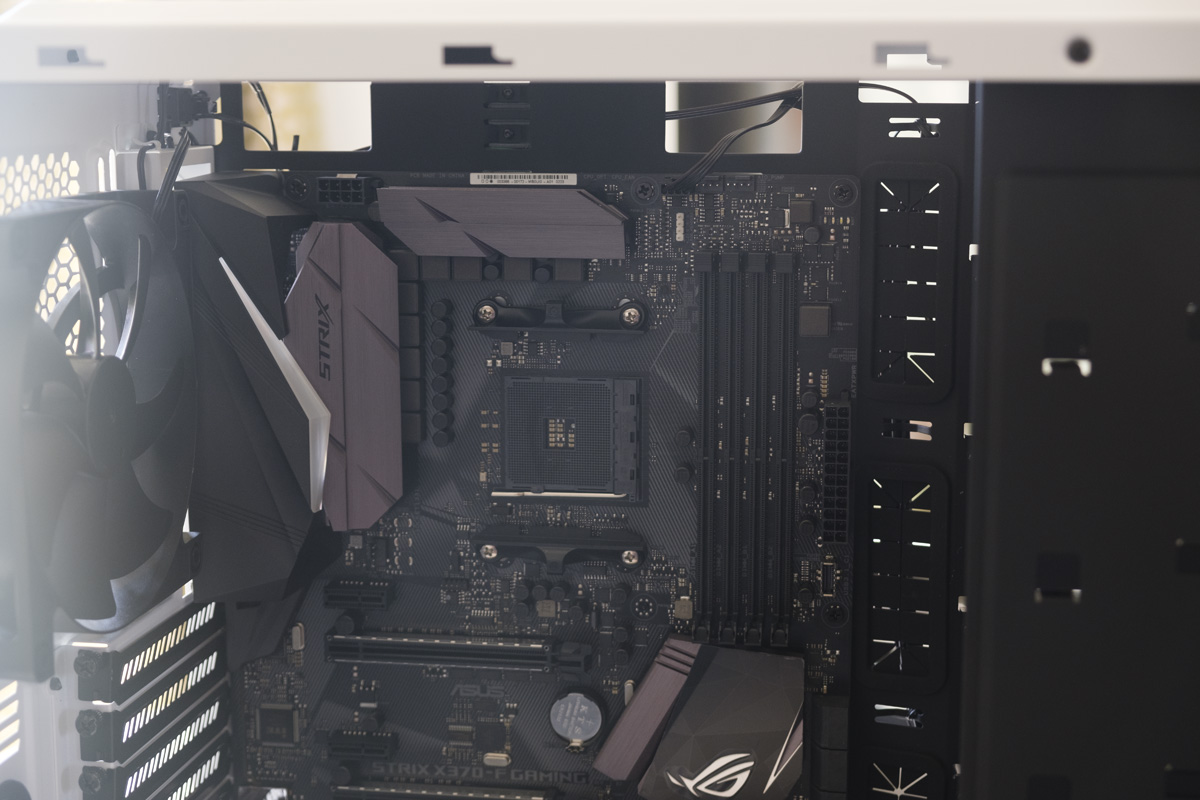 The on-board and rear panel I/O options are excellent. The inclusion of USB-C on the rear I/O and as a USB 3.1 header is great for owners of modern smartphones and laptops, and should help to future proof this motherboard. The sheer amount of fan and liquid cooling connectors is also impressive, and should allow for intricate setups for those that demand them. In general, there are few deficiencies of note here as you’d expect of a motherboard at this price level.

The BIOS provided with the ASUS ROG STRIX X370-F will be largely familiar to anyone that has used an ASUS motherboard in the past couple of years, as it has the same basic layout and design. We have the EZ mode, which is well optimised for mouse input, and the Advanced mode where all of the really fun stuff lurks.

In general, we found that everything we needed to do was available — you can overclock and overvolt your processor and RAM, turn on and off various board features, mess with support for different operating systems and so on. The only thing we wanted to do but couldn’t was adjust the RGB lighting; this apparently can only be done from the Aura Sync application in Windows.

In order to provide some cold hard numbers in addition to the feature descriptions and impressions, we’ll run some benchmarks. Now this is the first AM4 motherboard we have reviewed, so we don’t yet have many meaningful comparisons to make, but this still might be useful to see how these scores stack up against other reviews you may find online with similar components or your own system. As a reminder, this system includes a Ryzen 1700 overclocked to 3.7GHz (from 3GHz), a GTX 970 graphics card and 16GB of Corsair DDR4-2400 RAM. Right, let’s get started! 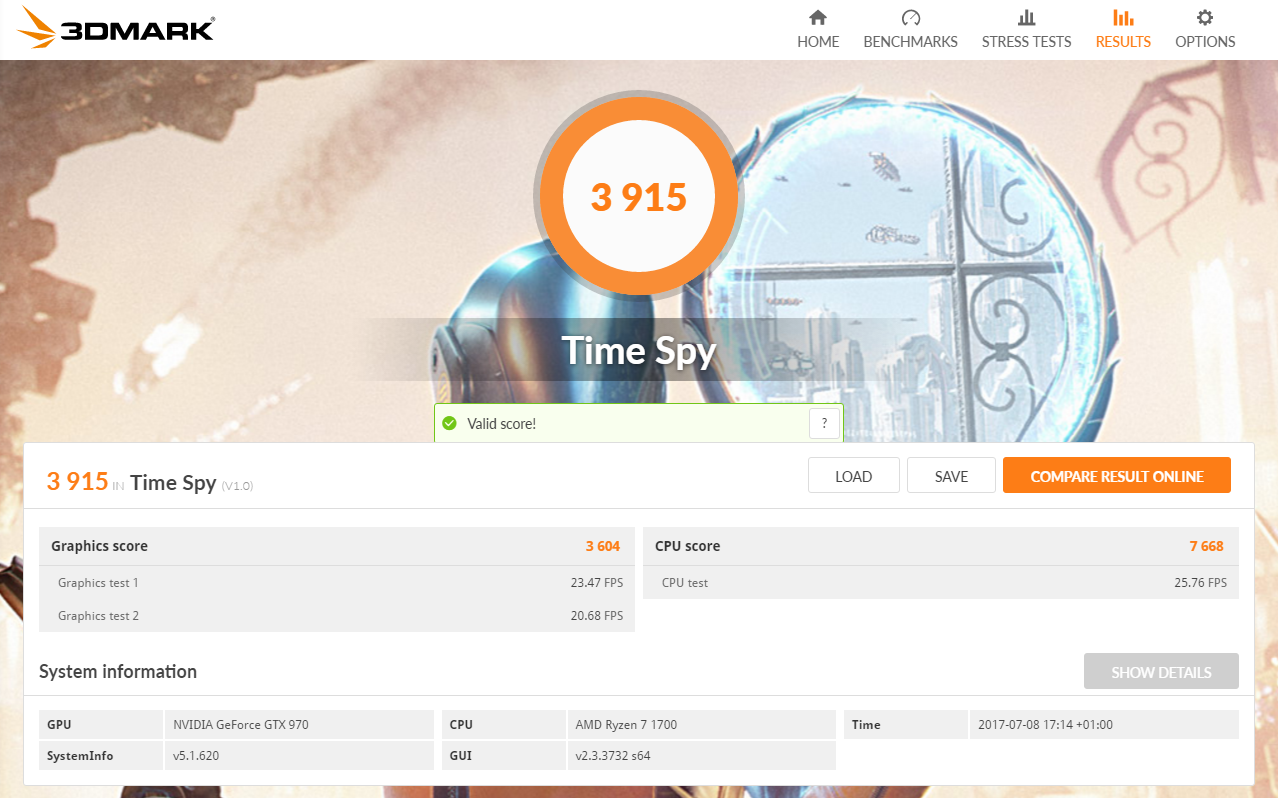 In the Cinebench test, we got an OpenGL score of 90.77 fps and 1552 cb in the CPU test. This is by far the highest CPU score this site has recorded, thanks to the high core count of the Ryzen 7 processor that we’re using; the StormForce Inferno with a Core i7-6700K received a score of just 959.

Rise of the Tomb Raider

Rise of the Tomb Raider is one of my favourite single-player games in recent memory, and it comes with a nice benchmark that offers both DX11 and DX12 testing — quite useful when you’re deciding which one to play with. Our average FPS in DX11 mode was listed as 52.75 fps, with minimums of 21, 28 and 29 (between the three scenes) and maximum fps of 62, 77 and 88. Re-running the test with DX12 resulted in an average fps of 53.81 fps — a slight improvement!

Doom is another recent title that looks gorgeous, even though it is quite economical and runs well even on integrated graphics. We benchmarked the game using AMD’s excellent OCAT tool, recording a rapid run through the first minute of the game’s first level, entitled ‘The UAC’. We recorded 69.7 fps (14.3ms) on average.

Civilization VI is a brilliant game that will happily suck up many hours of your life, and it also comes with a rather nice benchmark suite that includes both CPU and GPU tests. In the GPU test our test rig received an average frame time of 19.239ms, with a 99% percentile time of 23.714ms. The CPU test is a little more interesting for a game like Civilization, and comes back with an average turn time of 21.19 seconds. By comparison, the previous XSR rig (with a GTX 1080 and overclocked i5-6600K) had an average frame time of 16.448ms  and an average turn time of 21.32 seconds.

The ASUS ROG STRIX X370-F performed well in our tests, and should be a good choice for anyone planning to overclock their rigs or install comprehensive cooling solutions. While the Windows software on offer is a bit hit and miss, the BIOS is sensibly laid out and includes all of the options we could need. Apart from inaccurate reporting of CPU temperature, there’s little to complain about here. All in all, the ROG STRIX X370-F GAMING is solid top-tier motherboard. 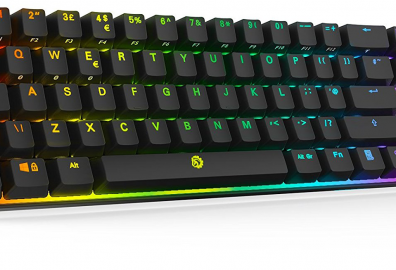 The Drevo Calibur 72, also known as the KeyCool 72, is a compact mechanical keyboard with a couple of... 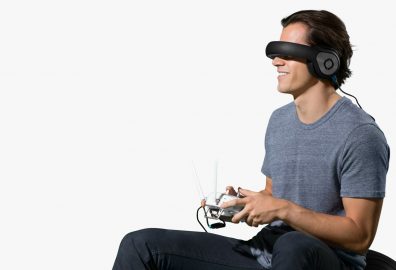 “Do not use in a public place” says the user manual for the Avegant Glyph, a Geordi La Forge...