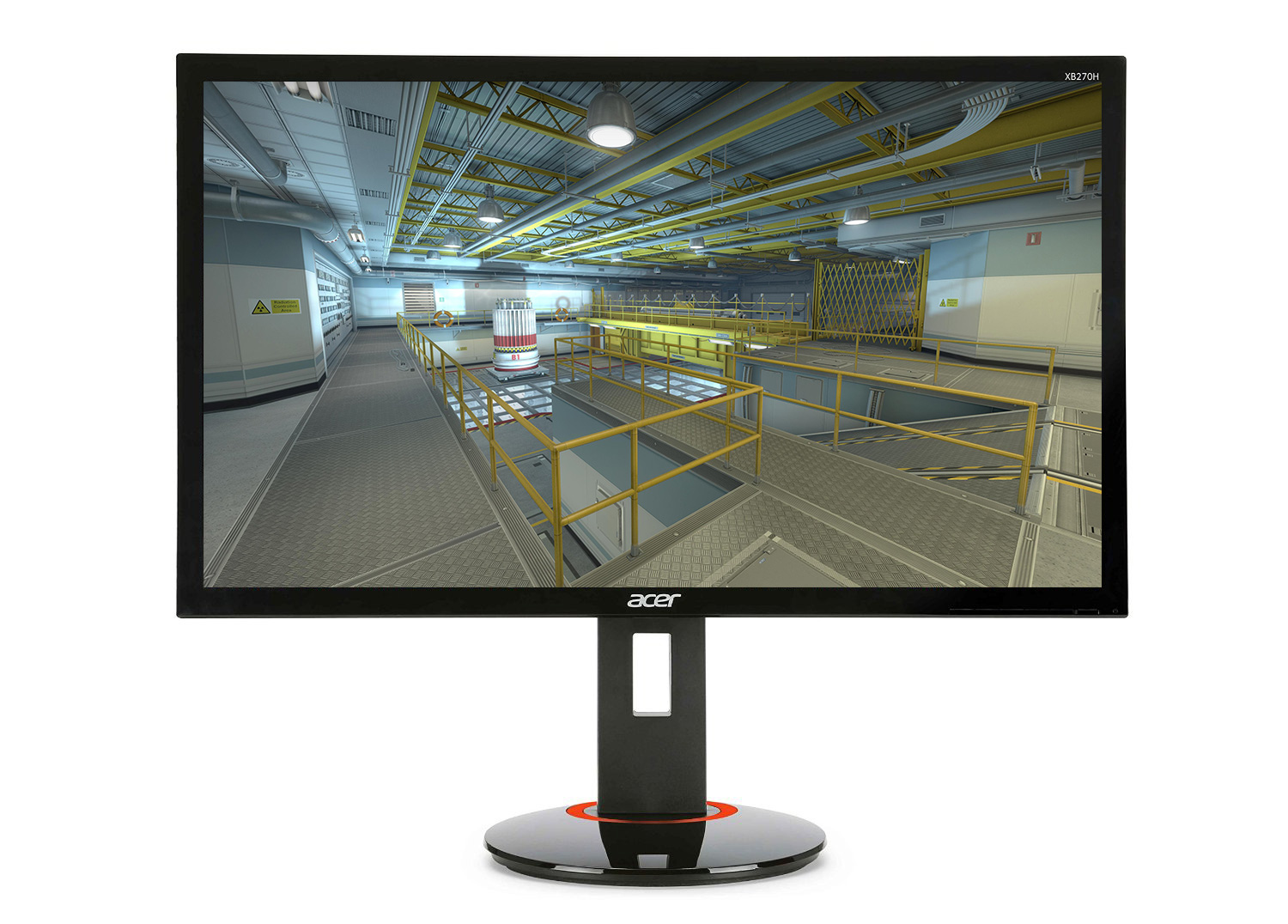 On paper, the Acer XB270HU is gold. It’s an IPS display running at 1440p resolution and 144Hz refresh rate, and even comes with G-Sync support. If you’re looking for a gaming monitor and 4K seems like overkill, then the XB270HU has the spec sheet you really want. IPS for colour accuracy and viewing angles; 1440p for good visuals without the performance requirements of 4K, and 144Hz for silky-smooth, responsive gaming. In this review, we’ll put it to the test.

The Acer XB270HU is a good gaming monitor that gets the essentials right, with a solid 1440p / 144Hz IPS panel that suits both gaming and desktop use. The inclusion of G-Sync will also benefit Nvidia-based gamers. There are few extras to tout here — the stand is subpar and the OSD is a bit bare — but if you want that almighty trio of 1440p, 144Hz and IPS, then the XB270HU is the obvious value-for-money choice.

What does 144Hz mean? It’s the monitor’s refresh rate, updating 144 times per second. This makes gameplay feel more fluid and eliminates judder, as long as your system is capable of pumping out 144 frames per second. You can feel a real difference between standard 60Hz and advanced 120 or 144Hz monitors, and it’s easy to see why competitive gamers in fast-paced games demand them as essential equipment. 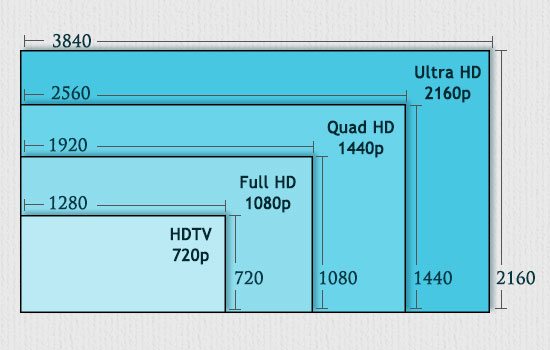 What does IPS mean? IPS stands for in-plane-switching, and refers to a certain type of display panel technology. Compared to more common TN screens, IPS is more expensive and (traditionally) slower to update, but offers better viewing angles and more accurate colours.

The XB270HU’s looks don’t match its high price, with cheap-looking glossy black plastic abound. This includes the fairly thick bezel (11mm) surrounding the display, as well as the red-ringed base of the slim stand. If you have a spare VESA stand or mount, using it would improve the look of the XB270HU considerably in our view.

The metal bottom of the base is covered with thin plastic, which in theory should allow the monitor to be swivelled left and right… but in our well-travelled review unit, the mechanism was damaged and swivelling was prevented. We’ve seen previous Acer monitors where this circular piece of plastic fell off entirely, and couldn’t easily be reinstalled. In short, it’s a crummy design choice; swivelling is better handled at the top of the monitor as we see in BenQ designs (e.g. BL3201PT, XL2730Z).

Other adjustments were easier to make, with 90 degrees of rotation, 150mm of height adjustment and 45 degrees of tilt, and the stand was sturdy and didn’t wobble much.

The majority of the monitor’s ports are downward-facing on the back of the screen. There’s a power input, a single video input (DisplayPort 1.2), an upstream USB 3.0 port and two downstream USB 3.0 ports. The reason for the single video input is the monitor’s G-Sync feature. In later revisions of G-Sync, HDMI compatibility would be added, allowing for a second port to be included. 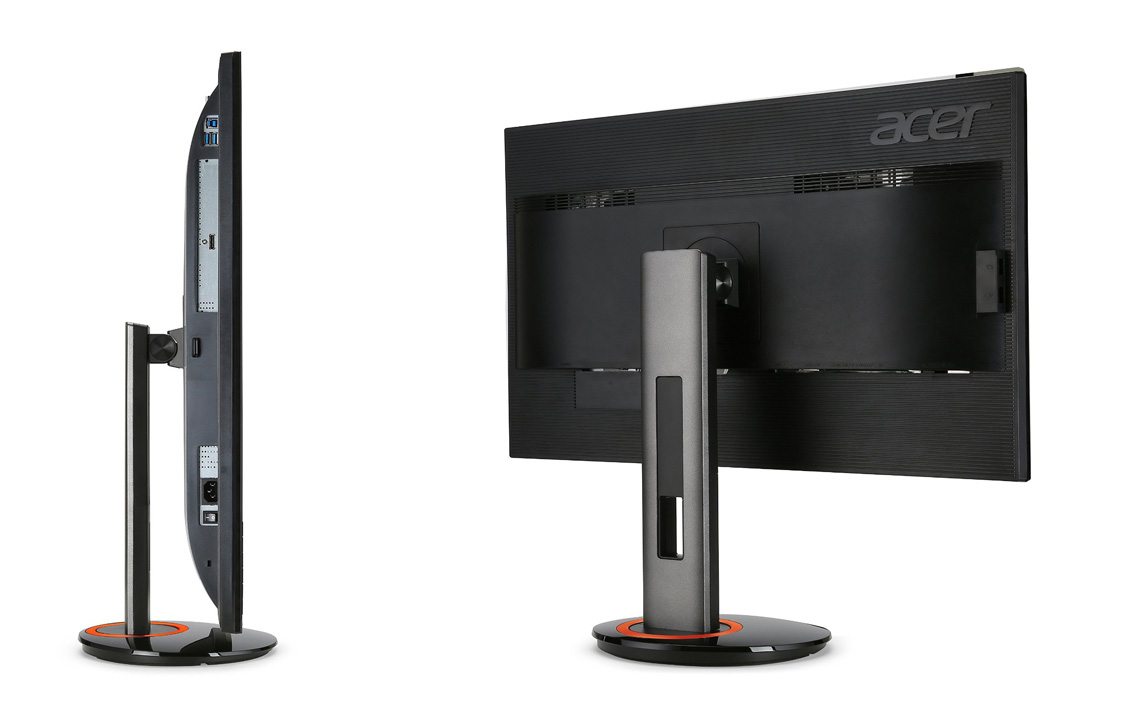 The left side of the monitor contains two additional USB 3.0 ports, handy for connecting USB flash drives and other temporary devices. 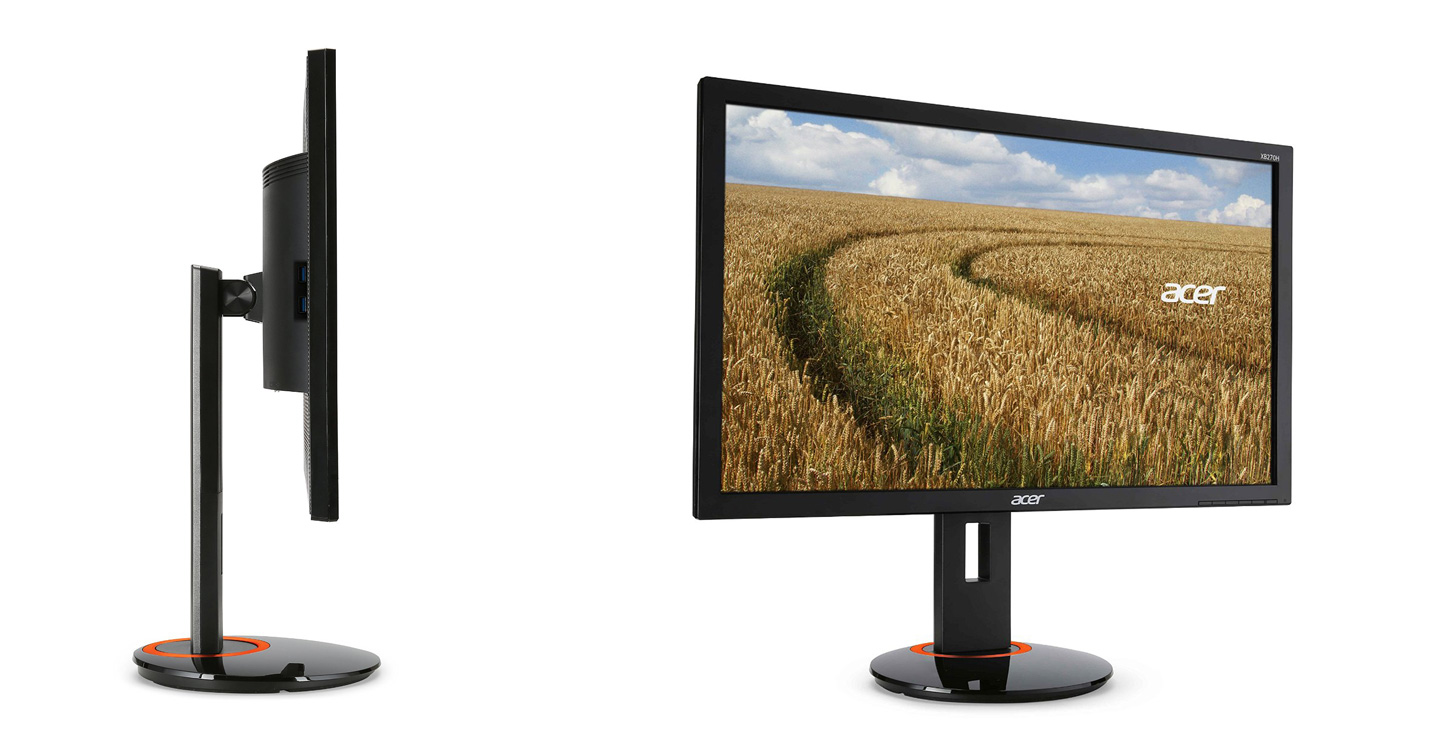 The on-screen display is accessed via five physical buttons embedded in the bottom right of the bezel, next to the power button. The first four buttons allow quick access to various functions, while the fifth opens the main menu. The quick access buttons provide access to ‘eColor management’ (five modes), brightness, overdrive (off/extreme/normal) and ULMB (‘ultra low motion blur’).

Navigating the OSD is easy enough, although a joystick would be a big upgrade compared to the standard array of buttons. There are few gaming-specific features here, like genre or pro-gamer presets, crosshair overlays or the like. However, you can turn on a ‘refresh rate bar’ which gives you a graph of the current refresh rate, which is handy when G-Sync is engaged (and therefore refresh rate is variable).

Out of the box, the XB270HU feels more ‘office’ than ‘pro gamer’, but a good level of adjustability (apart from the broken swivel) redeems the design somewhat.

First up, some basic stats before and after calibration. We can see the monitor hits our targets fairly evenly, only off by a few points. DeltaE values for white point and 50% gray are 0.5 and 0.1, respectively, which is a great performance. Gamma is also good.

The gamut of the display is reasonable, hitting 100% of sRGB and 80% of the less commonly used AdobeRGB standard. NTSC performance is in the 70% range, but that doesn’t matter so much. So far, the IPS screen makes this monitor a good choice for photo work as well as playing games. 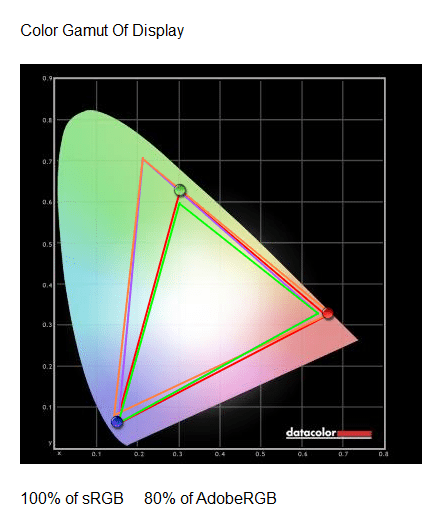 Colour accuracy is also important; ideally we want to see low DeltaE values that represent accurate colours. The average value, 3.23, is a little high for an IPS panel, only a bit better than the TN display we looked at with the earlier XB270HA. (For comparison, two BenQ IPS-type monitors we tested recorded average DeltaE values of less than 1.0). Still, it’s not an out-and-out dealbreaker. 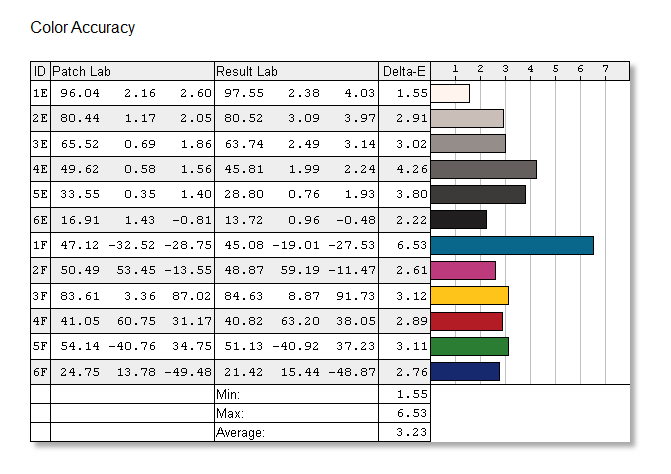 Uniformity is a measure of how colour and brightness differ between different quadrants of the monitor. Here, the XB270HU acquits itself decently, with values near 3.0 in three of the nine quadrants. This isn’t brilliant, but again not awful.

It’s a similar story when it comes to luminance uniformity; we see the display is dimmer in the top centre quadrant, but fairly uniform elsewhere.

Contrast improves steadily as brightness increases, although our calibrated display is running at a 41% setting. The Spyder4Elite produces incorrect contrast readings, so this is only useful as trend rather than an actual contrast measurement.

You can also see how the different modes affect the measurements. Eco is unsurprisingly the dimmest (non-user) setting, while graphics and standard are overly bright at 330+ nits. The white point is also a bit high, at 6900, compared to our 6500K target.

Overall, the XB270HU proves to be only a moderately successful IPS panel. It boasts reasonable colour accuracy, but gamma and white point both seem a bit off after calibration. Display uniformity is also fairly good, particularly in terms of luminance.

Now we’ll move onto our experiences using the monitor day to day, for gaming and work.

This is a gaming monitor first and foremost, so let’s look at its in-game performance. In general, we found 1440p and 144Hz to be a strong combination, with our Acer G6 test machine (Core i7 6700, GTX 970) providing enough grunt to hit 144 frames per second in most games at high detail settings.

We played a lot of games with the XB270HU, including The Division, Overwatch, Counter-Strike: Global Offensive and XCOM 2. Faster-paced games benefited most from the higher refresh rate; for strategy titles like XCOM or Civilization V the difference was fairly minimal. 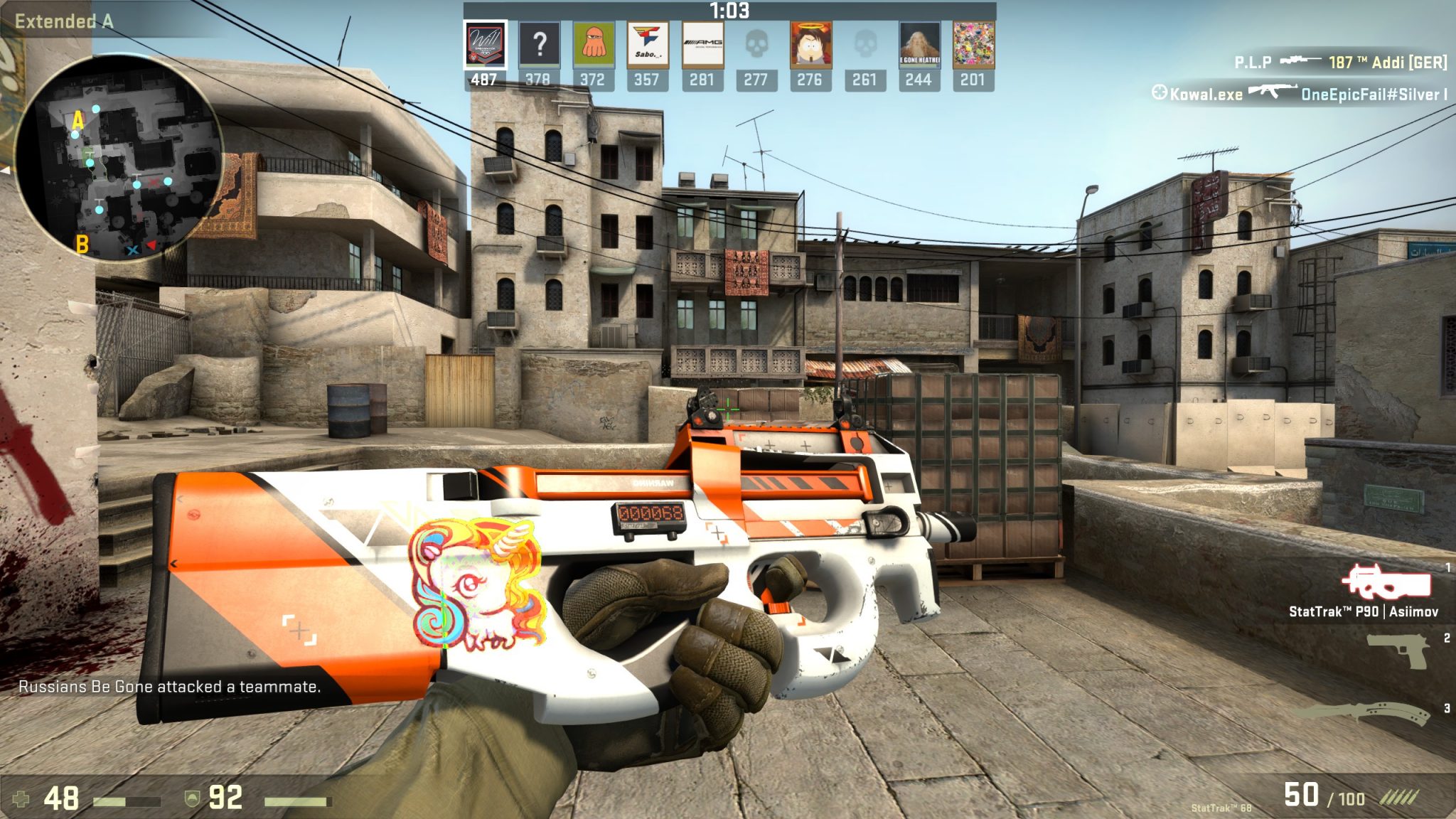 The high refresh rate made games feel quite responsive, and going back to a 60Hz display afterwards was a chore. Games at 1440p looked noticeably sharper and more detailed than those at 1080p (whether on PS4, Xbox One or a 1080p PC monitor). Response times and input lag also felt minimal, with no overshoot and minimal motion blur (when using the ‘normal’ Overdrive setting). In general, the XB270HU stands up well to more established TN panels, and is one of the best IPS screens for gaming we’ve ever tested.

The monitor also comes with Nvidia’s G-Sync technology, which provides a happy alternative to the screen tearing with v-sync disabled and the stutter and lag when v-sync is enabled. It worked exceedingly well in our testing, although it became needless at sufficiently high frame rates (e.g. 100+ fps). For more demanding games, it’s a great feature to have at your disposal, and ensures that you can get the most from this display even if your PC isn’t quite up to task. 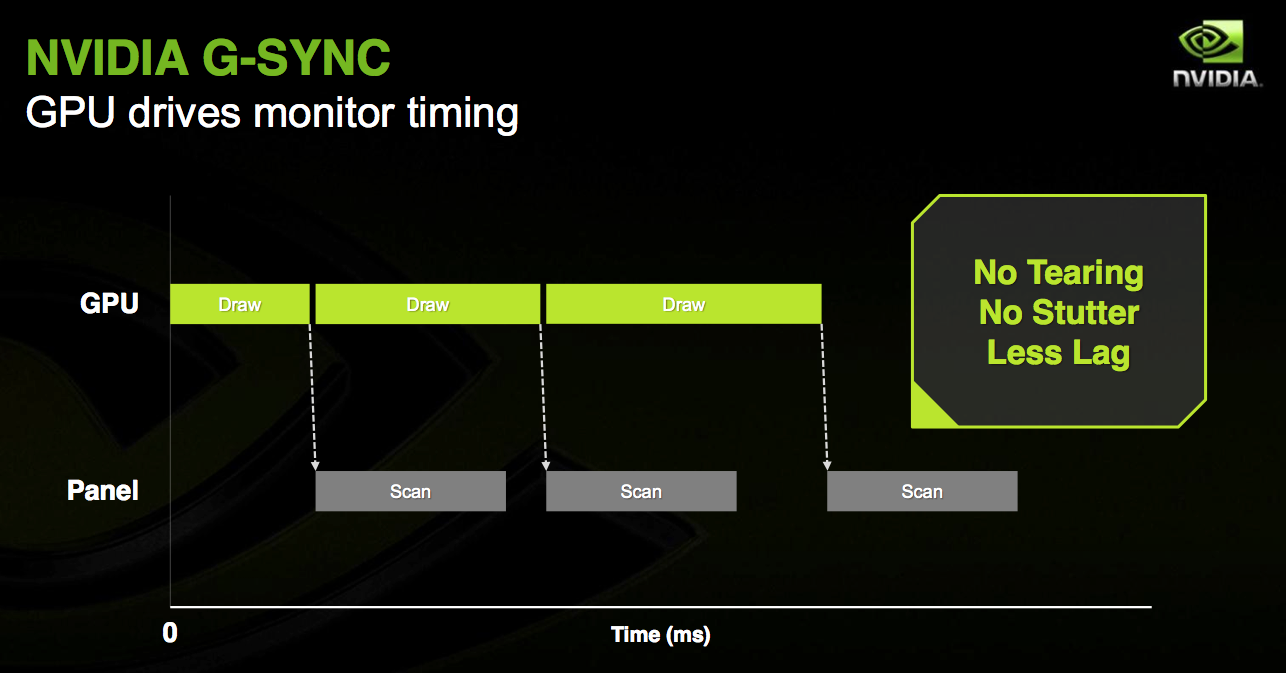 How does G-Sync work? Basically, G-Sync forces the display to sync to your graphics card, rather than the other way around. That prevents screen tearing and stutter, but requires a G-Sync module in the monitor and a compatible Nvidia GPU in your machine. More info here.

As a monitor for browsing the web, watching videos or even (gasp!) getting some work done, the XB270HU is a solid choice. The high refresh rate makes even dragging icons around feel responsive and exciting, and the 2560 x 1440 resolution is a good size for a 27-inch monitor.  Text and images look sharp, and the resolution isn’t so high as to require (annoying) OS-level scaling, as you’d expect from a 4K display of a similar size.

What’s bad about OS-level scaling? In theory, scaling applications to suit the density of your screen makes a lot of sense, ensuring that high resolutions can be used for rendering text crisply without messing up interface elements like buttons or menus. However, some apps scale poorly, becoming distorted or pixelated in the process. On the web, low-resolution assets stand out in sharp relief against scalable text or CSS objects, marring what should be an overwhelmingly better look. By keeping Windows or Mac scaling at 100% (i.e. not scaling at all), these problems are avoided. This should be less of an issue in the future, of course. 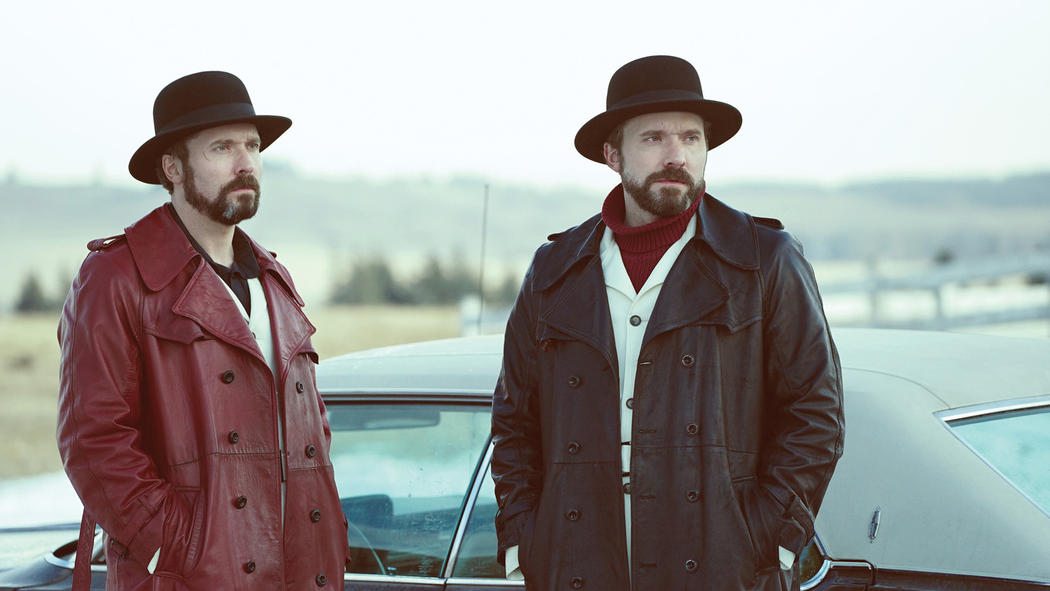 The IPS panel results in accurate colours, with a gamut covering the sRGB standard and most of NTSC as well (about 72%). Viewing angles are also good; you could show off your design work to a standing client without them seeing weird colours or an overly dim display. The contrast ratio is also reasonable at roughly 1000:1. This is good for watching movies as well, with the 27-inch span serving as an adequate substitute for an HDTV provided you sit reasonably close.

The monitor doesn’t offer blue light reduction, but at least is flicker-free so it should be suitable for all-day use (with appropriate breaks, of course). We didn’t experience any discomfort in using the monitor, although it is a bit bright out of the box!

Acer’s XB270HU very much feels like a first-generation product, designed to fulfil its mission — 1440p, 144Hz, IPS — without fuss or circumstance. It accomplishes that goal with aplomb; the display used here is head and shoulders over both TN panels and 60Hz IPS displays when it comes to gaming. Where this monitor falls short is the extras — the slightly suspect stand, the lack of gaming features in the OSD.

However, there is a second-generation model: the XB271HU. This monitor costs more, but seems to fix many of the issues we highlighted, with thinner bezels, a cooler look and a more comprehensive gaming-focused OSD. Hopefully we’ll get a chance to review this in the days ahead, and we can see if Acer can produce the perfect gaming monitor. For now though, the XB270HU gets our Editor’s Choice Award and a solid recommendation.

Image credits: 3kliksphillip for the CS:GO de_nuke screenshot used in the title image. Buzzle for the resolution comparison graphic. Nvidia for the G-Sync graphic. FX for the Fargo Season 2 image.

Best Bluetooth speaker ever? The iClever Outdoor Wireless Speaker just might hold the title, thanks to its... 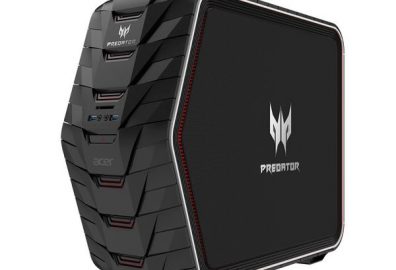